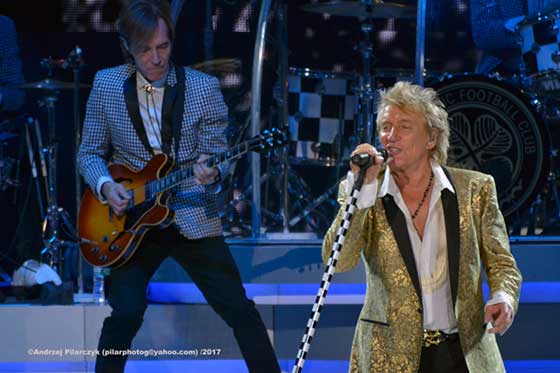 One year shy of 50 years ago, Rod Stewart burst onto the music scene as the voice of the Jeff Beck Group.

Now 72, strong in voice and good looks intact, Stewart is still a survivor at the top of his game, as he proved on a recent Saturday night at the Saratoga Performing Arts Center. My unscientific survey from walking about was that more than half the audience was over the age of 50, which makes sense since so many grew up with his songs – 21 Top 20 & four No. 1 hits since going solo in 1971 with “Maggie May.”

Stewart paid homage to the Faces by performing “Ooh La La” and “Stay With Me,” though his big faux pas of the night was when he talked of the passing of his old bandmates Ian McLagan and Kenny Jones, before correcting himself with Ronnie Lane and assuring the audience that Kenny Jones was indeed still walking the Earth.

The screen behind the band – actually four screens with two of them jutting out – was used to good advantage showing photos of the Faces, but mostly close-ups of Rod & his band, while the two screens on the side were never used.

The concert was similar to Stewart’s show with Santana at Albany’s Times Union Center back in 2014, with 12 repeats of the 19, counting the band-only performance of John Fogerty’s “Proud Mary,” while Rod did one of his three suit changes.

“Infatuation” was actually the first song of the set and along the way, there were strong readings of Cat Stevens’ “The First Cut Is the Deepest,” Van Morrison’s “Have I Told You Lately” and Tim Hardin’s “Reason to Believe.” And, like most nights, Rod owned them all.

My personal favorite, “You Wear It Well,” was co-written by Stewart and was a highlight of the night, as was the surprise “Rollin’ & Tumblin’,” performed as a homage to the blues master Muddy Waters. Ten songs into the show, we were entertained with an intimate five-song acoustic set with most of the band members seated in front of the stage.

The band featured two drummers, two guitarists, a saxophonist (Jimmy Roberts was especially strong on “Stay With Me”), a bassist, a percussionist, two multi-instrumentalists (who mostly played violins, with one doing the great mandolin solo at the end of “Maggie May”), a harpist, two dancers and three background vocalists.

After kicking some 20 soccer balls into the crowd during the closing “Stay With Me,” Stewart encored with his disco 1978 hit, “Do Ya Think I’m Sexy?”

A more scientific test is audience feedback, and though I can’t disagree that most of the audience was there for Rod the Mod, the much loved Cyndi Lauper certainly had thousands of her own adoring fans. Entering carrying a piece of luggage and adorned with a top hat, she opened with Wanda Jackson’s “Funnel of Love,” but seven of the remaining nine selections would all be hits; starting with the self-loving “She Bop” followed by “I Drove All Night.” Skeeter Davis’ “The End of the World” from 2016’s Detour joined the opener as the two country songs in the setlist. “You Don’t Know” from ’97’s Sisters of Avalon was followed by a cover by the Brains’ “Money Changes Everything” and the gorgeous “Time After Time,” with Lauper playing mountain dulcimer.

“Girls Just Wanna Have Fun” is actually a Robert Hazard cover that made Lauper a star in 1983, a No. 2 hit single and a two million seller that spent 25 weeks on the charts. She spoke about the impact of the lyrics transformed to “Girls Just Wanna Have Fun-damental Human Rights,” at the
Million Woman March and that she would never sing the song the same after that event. Lauper closed her set with a plea for diversity – not a recent cause for her – performing “Not My Father’s Son” that went straight into “True Colors,” another two-million selling No. 1 hit single.

Lauper made one final appearance early on during Stewart’s set, duetting on “This Old Heart Of Mine (Is Weak For You),” the ’66 Isley Brothers hit that Stewart recorded with Ronald Isley in 1990. Rod said that Cyndi had picked this for them to perform together, and it had sparks and warmth. A great way to see Lauper take one final bow. Though eight years younger than Stewart, her voice was also quite intact and her bubbly personality was infectious causing mass outbreaks of happiness.

ROD STEWART SET LIST
Soul Finger (The Bar‐Kays) (band only)
Infatuation
Some Guys Have All the Luck (The Persuaders)
This Old Heart of Mine (Is Weak for You) (The Isley Brothers) (with Cyndi Lauper)
You Wear It Well
Tonight’s the Night (Gonna Be Alright)
Young Turks
Forever Young
Rollin’ and Tumblin’ (Hambone Willie Newbern)
Rhythm of My Heart
Downtown Train (Tom Waits)
The First Cut Is the Deepest (Cat Stevens)
Ooh La La (Faces)
You’re in My Heart (The Final Acclaim)
Reason to Believe (Tim Hardin)
Have I Told You Lately (Van Morrison)
Proud Mary (Creedence Clearwater Revival) (band only)
Maggie May
Stay With Me (Faces)
ENCORE
Da Ya Think I’m Sexy?
Enjoy Yourself (It’s Later Than You Think) (Guy Lombardo & His Royal Canadians) (band only) 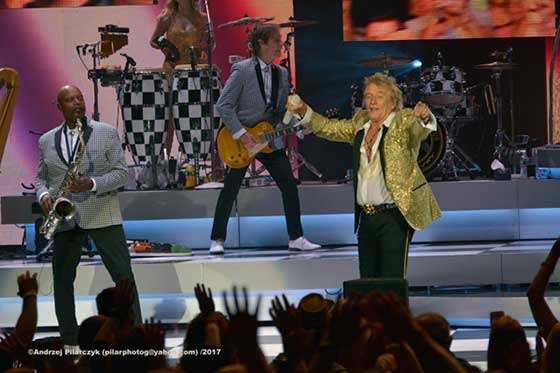 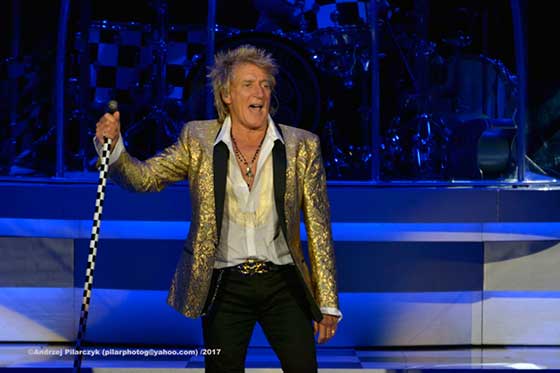 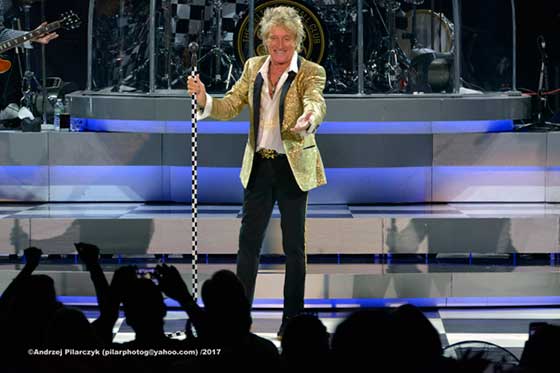 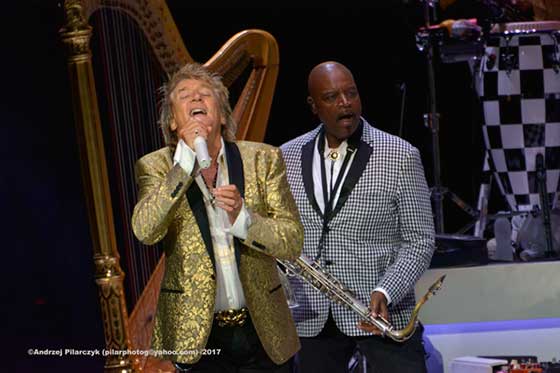 A FEW MINUTES WITH… Bela Fleck