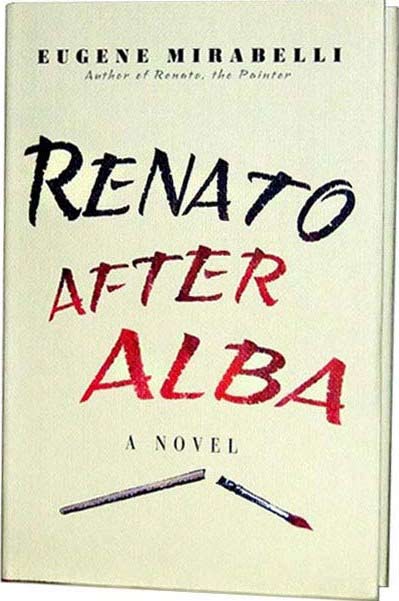 Eugene Mirabelli, the author of “Renato After Alba” and several other books of fiction, is among the two or three best novelists living in Delmar. If you think that is damning with faint praise, think again – the others from there that I know personally and have read (Paul Castellani and David Vigoda) are also terrific. Could it be something in the water?

Renato After Alba, which was recently published by McPherson & Company and has received several independent publisher awards this year, is a bittersweet elegy of a novel. In it, Mirabelli gives us a new glimpse into the heart and soul of Renato Stillamare, an orphan of unknown origin adopted into a colorful Sicilian-American family who he introduced to us as the narrator of “The Goddess in Love with a Horse” and who became the protagonist, as a mature but vital, and rather conflicted gallery artist in “Renato the Painter.”

Now we have Renato as an older man, struggling to make sense of the sudden loss of his wife, Alba. Mirabelli employs the skills of descriptive narrative with aplomb, but the depth and breadth of this short book (188 loosely filled pages) is a special achievement, made more effective by its ostensibly narrow focus into the thoughts and feelings of one man for one year.