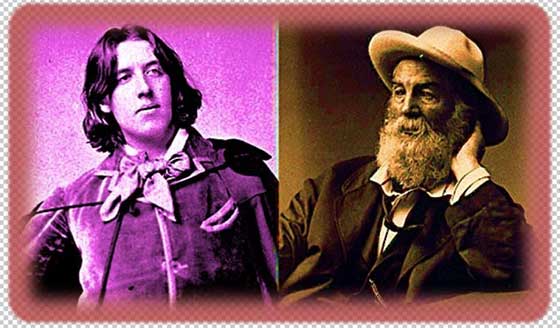 Go behind closed doors as a young Oscar Wilde gets more than he bargained for when he meets his idol, the legendary Walt Whitman, in a new play by David Simpatico, being given a reading by A Howl of Playwrights at Catskill’s Bridge Street Theatre on Saturday (August 19).

Based on a little-known, historic meeting between these two literary giants, Wilde About Whitman finds Wilde at the beginning of his career and Whitman nearing the end of his life. Smart, funny, passionate – and surprisingly sexy – the play was developed at A Howl of Playwrights after Mr. Simpatico completed it as his Master’s thesis at Southern New Hampshire University, where he received his MFA this past June. Participating in the reading are actors Kevin Archimbault, Darrah Cloud and James Occhino.