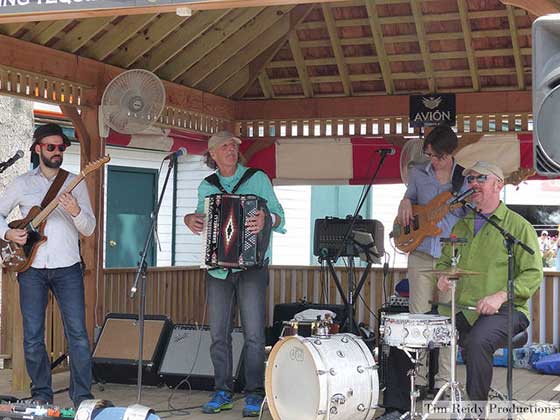 Thousands of people head to the Saratoga Race Course on a daily basis during the track season, and this Travers weekend, things will get absolutely jam-packed.

But there’s more going on at the track than just horses, of course, including the bands who take over the Saratoga Race Course Tequila Avion Gazebo, located in the middle of the backyard.

Earlier this month accordionist and former Nippertonian Greg Speck (aka Captain Squeeze) played a homecoming show at the gazebo with his New Orleans-based band, the Big Easy Playboys.

So here’s the schedule of music for the rest of the 2017 track season: