Harry Belafonte Is Headed to The Egg 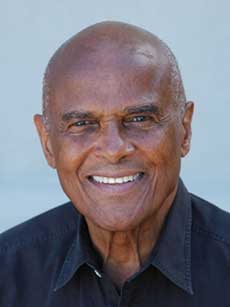 The Egg has announced that the legendary Harry Belafonte will give a talk at 7:30pm on Saturday, November 11 as part of The Egg’s New York Living Legacy series.

In his talk, the 90-year-old Belafonte will look back at his storied career as a performing artist, his work for humanitarian causes and his views on today’s cultural and political climate.

Singer, songwriter, actor and social activist Harry Belafonte was the first recording artist to sell a million albums with his 1956 recording Calypso. A pioneer of the world music movement, he not only brought Jamaican music to people around the globe, but exposed other artists to new audiences, most notably South African vocalist Miriam Makeba. Recording music in many genres including blues, folk, gospel, show tunes and American standards, Belafonte has won three Grammys (including a Grammy Lifetime Achievement Award), as well as an Emmy Award and a Tony Award.

An early supporter of the Civil Rights Movement and one of Martin Luther King, Jr.’s confidants, Belafonte has been an advocate for political and humanitarian causes, such as the anti-apartheid movement, USA for Africa, UNICEF the American Civil Liberties Union. He received the Kennedy Center Honors in 1989 and the National Medal of Arts in 1994.

Priced at $40 ($90 VIP includes a reception with Belafonte), tickets are currently available exclusively to members of The Egg and will go on sale to the general public at 11am on Wednesday (September 6).