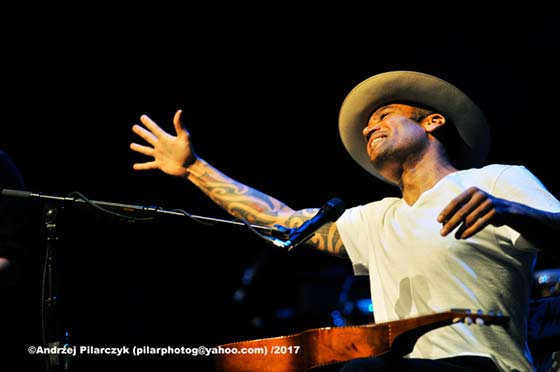 In their first Greater Nippertown concert appearance since Brewery Ommegang in Cooperstown more than a year ago, Ben Harper & the Innocent Criminals’ performance at The Egg practically filled the Hart Theatre last month.

Harper and his band were touring in support of their latest album, Call It What It Is, on Concord’s imprint, one of the last of the great small labels still signing quality artists dropped from the major labels… and succeeding in this tumultuous time for the recording industry.

Harper and his band set the tone by turning the lights down low and performing a rich program culled from his 20-plus years as a composer, slide, acoustic and electric guitarist and uber- moody, emotional vocalist. If there was anyone in the audience who wasn’t fan before their performance, they surely were afterward.

Harper is a bit of a chameleon when it comes to music styles. His roots – firmly planted within many of his compositions – are in the blues, but he uses a decidedly contemporary musical pallet to paint aural pictures with his social-political observations. His deeply heart-felt songs ranged from reggae to pop, from folk to rock and so many other styles of musical expression. But, the American blues idiom was always somewhere at the base of every song. He also proved to be a master slide player on lap-top guitar.

Harper’s compatriots in musical crime were Juan Nelson on bass, Leon Mobley on everything percussive, Oliver Charles on drums, Jason Yates on the keys and Michael Ward on guitars. A tighter band can’t be imagined. Finely honed by their time on the road from city after city, their performance was faultless, note after note creating just the right harmony, rhythm and pacing that makes a Ben Harper concert a musical event and not just another show. 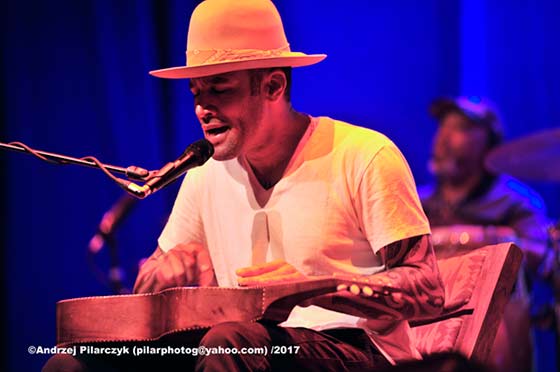 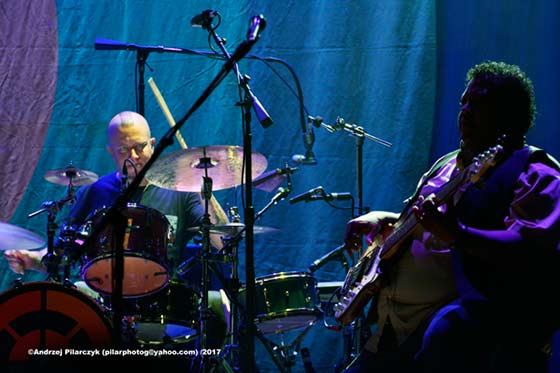 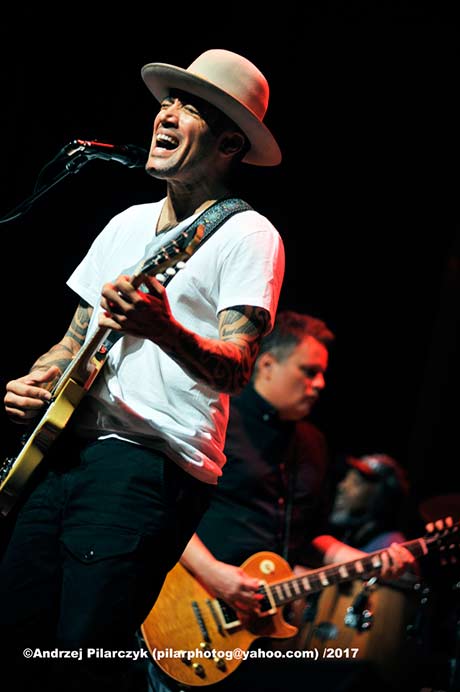 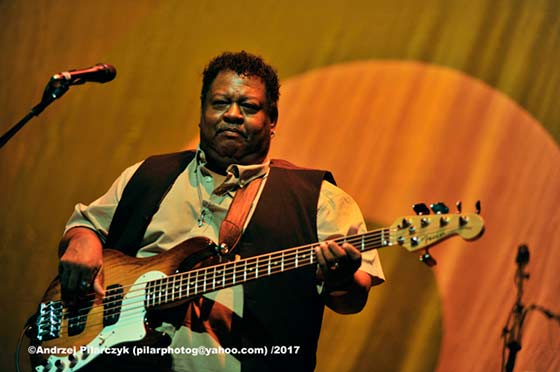