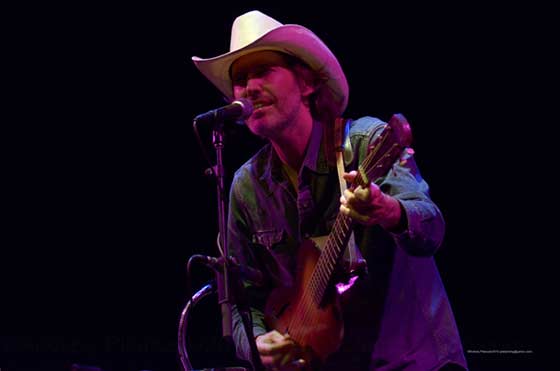 The Egg will be presenting “An Evening with David Rawlings” at 8pm on Saturday, December 2 as part of the 2017-18 American Roots & Branches concert series.

Rawlings played The Egg back in July, accompanying Gillian Welch for a duo performance.

Welch will return the favor in December as she joins Rawlings and his all star band – Willie Watson, Paul Kowert and Brittany Haas – for the two-set concert in support of Rawlings new album, Poor David’s Almanack. They will play songs from the new album, as well as selections from the two David Rawling Machine albums, A Friend of a Friend and Nashville Obsolete.

Tickets to the December concert are $36 and will go on sale to the general public at 10am on Friday September 29).

The Healing Power of Music [Get Visual]