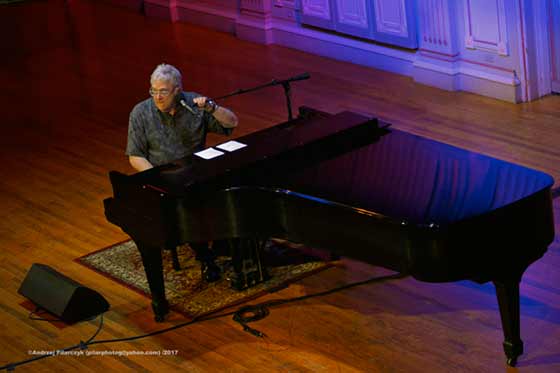 There wasn’t any glitz or glamour onstage at the Troy Savings Bank Music Hall on a recent Saturday, just a slightly frumpy 73-year-old banging out chords on a black Steinway, bringing his sardonic songs to life with the seemingly effortless guile of a veteran character actor. Randy Newman doesn’t consider himself much of a pianist, and consequently he sailed through his catalog without adding much instrumental adornment, squeezing 18 songs (and several droll asides) into just the hour-long opening set.

He’s best known as a humorist, but much like Mark Twain in an earlier era, Newman has an impressively multi-faceted repertoire, and he evoked a variety of moods. The blithe dismissiveness of “Short People” soon enough gave way to the earnest sentiment of “You’ve Got a Friend in Me,” just as in the second set the brash assertion of the unreliable narrator of “I Love L.A.” was followed by a tender rendition of “I Think It’s Going to Rain Today.”

Even during the depths of the Watergate era, Newman was never much of a polemicist, writing about Huey Long rather than Richard Nixon. When his songs do intersect with politics they remain resolutely personal. “Brothers” was a fascinating digression late in the first set, casting a jaundiced eye on the foibles of Jack and Bobby Kennedy with an asperity unlikely to please Newman’s fellow baby boomers.
“Putin” seems to be more light-hearted but, in fact, is cut from a similar dark cloth. Even the 45-year-old “Political Science” seems less like a joke with Donald J. Trump in the White House. “They don’t laugh at this one in Europe anymore,” said Newman by way of introduction.

If politics (however obliquely addressed) was one of the evening’s themes, another was Newman’s love of the South. “Birmingham” was a highlight of the first set, while the one-two punch of “Louisiana 1927” and “Dixie Flyer” worked well to offset some of the more jaunty material in the second set. After making us laugh and making us think, Newman sent the audience on its way with the reassuring contentment of “Feels Like Home.”

RANDY NEWMAN SET LIST
It’s Money That I Love
Mama Told Me Not to Come
She Chose Me
Jolly Coppers on Parade
Short People
Birmingham
Sonny Boy
Marie
You Got a Friend in Me
It’s a Jungle Out There
Brothers
Real Emotional Girl
Red Bandana
Guilty
You Can Leave Your Hat On
I’m Dead (But I Don’t Know It)
Putin
Political Science
INTERMISSION
Baltimore
Laugh and Be Happy
In Germany Before the War
My Life Is Good
Wandering Boy
Rollin’
The World Isn’t Fair
I’ll Never Get Over Losing You
I Love to See You Smile
Louisiana 1927
Dixie Flyer
Harps and Angels
Sail Away
I Love L.A.
I Think It’s Gonna Rain Today
ENCORES
It’s Lonely at the Top
Feels Like Home 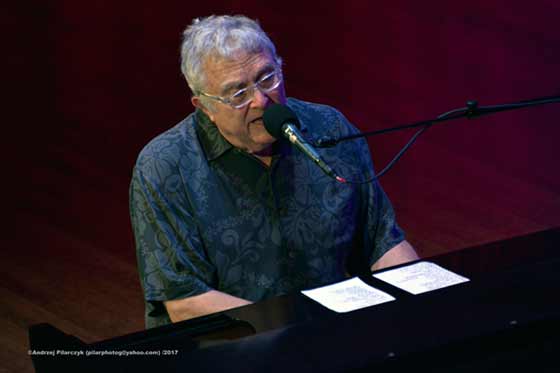 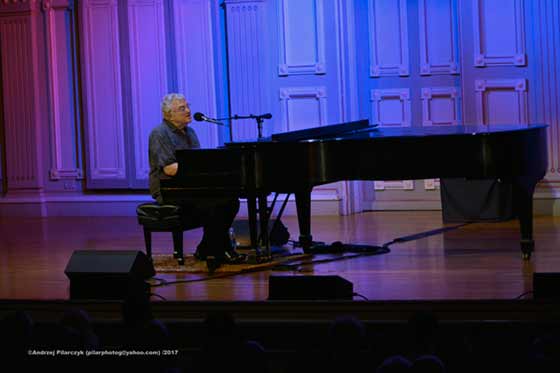