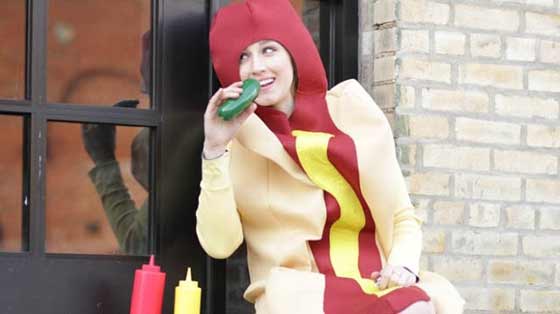 Comedian Morgan Miller takes over the $5 Comedy Series at The Garage in Pittsfield at 7:30pm on Thursday (October 19). Miller is a New York-based comedian who performs stand-up, sketch and improv. Morgan is currently on the Upright Citizens Brigade house Harold team Mermaids and has toured with the UCB Touring company for two years.

Morgan was recently in a national commercial for Papa John’s and “Ghostbusters” produced by Comedy Central. She has also appeared and created web commercials for H&R Block and Oreo Cookie Balls. She has written and acted for Conde Nast and Above Average Productions, and has appeared on the Comedy Central DVD special, “No Real Reason.”