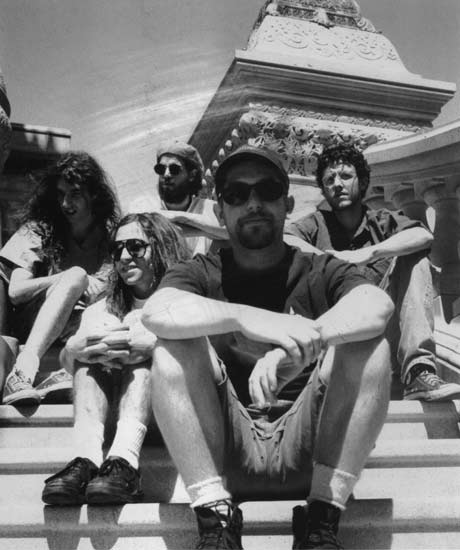 When it was announced that Albany’s fave jam-band the Ominous Seapods were gearing up for a one-night-only reunion concert at the Cohoes Music Hall – including Dana Monteith coming in from Australia – it took only five days for all of the tickets to be snapped up.

Add a second show, of course.

Tickets for the Seapods’ second Cohoes concert – scheduled for 8pm on Friday, January 12 – are now on sale, priced at $22 in advance; $27 at the door. Don’t dawdle this time around…

Meanwhile, another fave Greater Nippertown band is slated to make their Cohoes Music Hall headlining debut. Eastbound Jesus will be stepping into the spotlight at 8pm on Friday, November 24 (that’s the day after Thanksgiving). They’ll be joined by support act Floodwood. Priced at $25 (standing general admission) and $22 (floor and balcony seats), tickets go on sale at 10am on Wednesday (October 25).