A FEW MINUTES WITH… Scott Bassinson 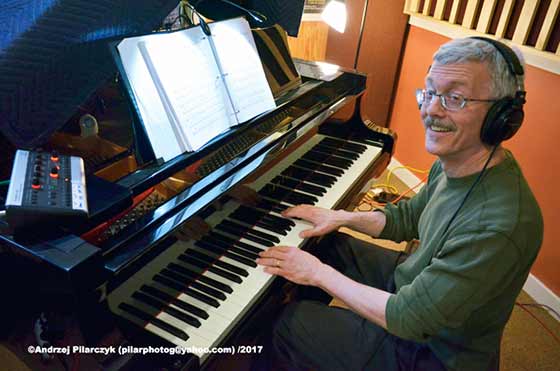 Story and photographs by Andrzej Pilarczyk

Delmar pianist-composer Scott Bassinson performs a wide variety of musical styles in divers group contexts, including leading his own ensembles around Greater Nippertown. He is best known to area audiences for his associations with a variety of jazz artists, including Keith Pray’s Soul Revival, the Jim Wilson Quartet and the Joe Sorrentino Trio, as well as accompanying jazz vocalists Jeanne O’Connor and Jody Shayne.

At 7pm on Sunday (October 29) at the First Reformed Church of Schenectady, Bassinson will lead an all-star band for a free concert in celebration of the release of his debut album as leader, Loving Hearts, Smiling Faces. The album was produced by Keith Pray and recorded at Scott Petito’s NRS Studios in Catskill.

Bassinson was gracious enough to chat with Nippertown about the new album and Sunday’s concert:

Q: “Loving Hearts, Smiling Faces” is your first outing as a bandleader, but you’ve been leading your own groups for decades. Why go into the studio now, and what was your goal with this recording?

A: This recording is dedicated to my late son Max, who was a very talented pianist pursuing a Classical Piano Performance Degree at Augsburg University in Minneapolis. He died of Severe Undiagnosed Heart Disease while at college in 2015.

Q: Most of the tunes on the album are original compositions. How long have you been composing jazz music?

A: I’ve only been composing for the past few years. Most of the compositions on the album were written over the last four years. I also arranged a couple of hymns, “We Gather Together” and “Our Father We Have Wandered.” Hymns have very accessible and moving melodies.

Q: You hand-picked some stellar musicians to accompany you on the album and in your upcoming concert. Did you write any of the compositions with any of them specifically in mind?

A: No, I did not write any of the tunes with these particular players in mind.

Q: For about half the tunes on the album you used Keith Pray on alto saxophone and on the other half Brian Patneaude took over on tenor saxophone. They both have distinctive approaches and add tonal color to the ensemble’s overall sound…

A: Keith and Brian are both great players, and they each bring amazing ideas and feeling to everything they play.

Q: Do Keith and Brian play together on any of the album’s tracks?

A: No, although they will play together at the concert.

Q: You started out learning classical music at the age of four at the St. Louis Institute of Music and later attended the Berklee College of Music in Boston. What attracted you to pursue jazz instead of classical music?

A: I was one of those who only went to Berklee for a short time (one semester!) I played a lot of pop/Top 40 gigs for many years before going to law school. Although I listened to jazz a lot since I was a teenager, I didn’t get into playing jazz until around the ’90s.

Q: What selections will we hear on Sunday? Will you be playing the entire album from start to finish, or will you mix it up and add some other musical selections?

A: We will play many of the tunes from the CD with, maybe, a surprise tune thrown in.

Q: Do you have any parting words?

A: I am grateful that these amazing musicians committed their time, attention and talents to make my compositions sound so good. I am also grateful for the skill of Scott Petito and, for the bonus track on the CD, Paul Weinberg of Mambomusic. And, mostly, I am grateful for music and for love.

WHAT: CD Release Party for Loving Hearts, Smiling Faces
WHO: The Scott Bassinson Quartet
WHERE: The First Reformed Church of Schenectady, Schenectady
WHEN: Sunday (October 29), 7pm
HOW MUCH: FREE
ALSO: The concert will be followed by a reception. CDs will be available for sale ($10) with all proceeds going to the Max David Bassinson Music Scholarship at Augsburg University in Minneapolis. 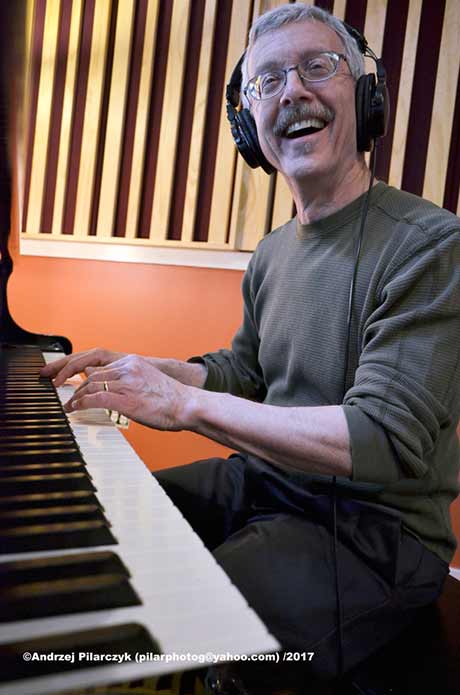