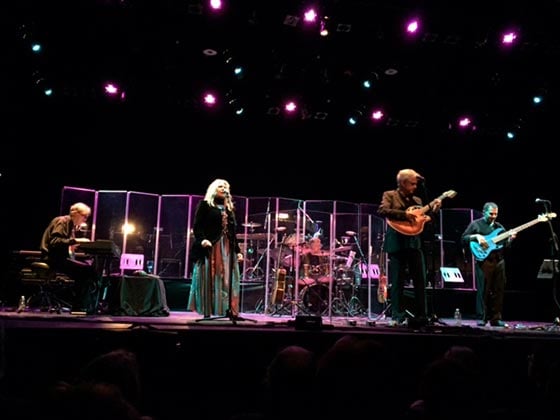 It was a more confident & assertive Renaissance in the spotlight at The Egg’s Hart Theatre on Sunday night, compared to the one that supported Steve Hackett at the same venue back in 2010.

For one thing, the band had the luxury of a two-hour headlining set, enabling them to delve deeply into their extensive and expansive repertoire.

Secondly, and more importantly, they were augmented by the 10-piece Renaissance Chamber Orchestra, the first time in 40 years that this most classical of classic prog bands have played with live orchestral backing.

Considering that this was only the fourth (and final) such show on this Symphonic Journey tour, it was amazing how seamlessly the band and orchestra interacted, enhancing the music and avoiding any hints of melodrama. As beaming vocalist Annie Haslam remarked midway through the show, “It should always be like this.” Indeed, the music of Renaissance lends itself to the additional textures of classical instruments more than most, being lush and symphonic in nature anyway.

The band – Rave Tesar on piano, Geoffrey Langley on keyboards, Mark Lambert on guitars, Frank Pagano on drums and percussion and Leo Traversa on bass – kicked off with their traditional opener “Prologue,” the wordless vocal sections proving immediately that Haslam was in fine form. Even at age 70, her crystal clear soprano soared effortlessly over the sound of the band and orchestra throughout the show.

There was plenty in the set to delight long-time fans. The orchestra shone, particularly with a gorgeous introduction and coda to the pensive “At the Harbor.” Other ’70s favorites (“Carpet of the Sun” and “Mother Russia”) were mixed with more recent material (“Symphony of Light” and “Grandine
Il Vento”).

They even included “Island” from their very first album in 1970, recorded by a pre-Haslam incarnation of the band. The always engaging singer introduced the latter as “the song I auditioned with to join the band, and that changed my life.”

Then after the epic “Song for All Seasons,” Renaissance left the stage to a rapturous reception. They returned without the orchestra to encore with the anthemic “Ashes Are Burning.”

Renaissance is a band whose music is untouched by trends or fashion. It’s unique and timeless blend of classical, folk and rock was showcased at The Egg on Sunday night with beauty and precision. 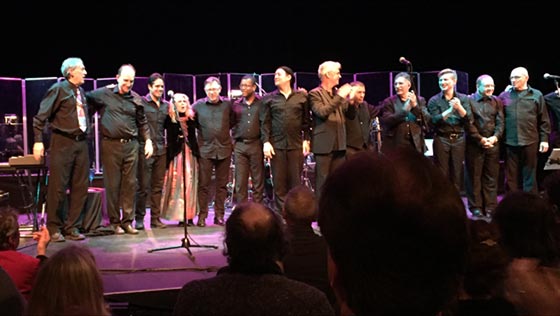