People from ancient cultures are not always all that traditional. They do change over time. Often they take on contemporary influences, particularly in the realms of music and dance.

Alsarah & the Nubatones are certainly a case in point. Describing their music as “East African retro-pop,” the ensemble’s music at Proctors’ GE Theatre in Schenectady primarily consisted of Nubian and Egyptian music. Alsarah draws much of her music from her native Sudan and the adjacent country of Egypt. Her life’s travels have also included some time in Yemen before finally settling down in the melting pot of Brooklyn.

In concert, the underlying theme of the music was migration. The peoples of this area were forced to migrate due to the building of the Aswan dam. They left their homes behind but brought their music and dance to wherever they settled. Additional forced migration from the constant wars in the region added to this diaspora.

Their sound has absorbed many other influences. During their performance at Proctors, one could hear elements of psychedelia, funk and reggae, as well as the surprising inclusion of Tuvan throat singing by percussionist Rami Al Aasera. The vocal mastery of Alsarah and her sister Nahid was beautifully mesmerizing – timeless yet thoroughly contemporary.

Meanwhile, the band pumped out an insistent groove. Rami Al Aasera played an unusual kit of hand drums that lacked cymbals, playing one drum with a kick pad. Bass player Mauwena Kodjovi was always in the pocket, and he even provided some color by playing trumpet on one song. And Brandon Terzic’s oud guided the audience through the musical journey.

Although migration is the major part of Alsarah’s personal journey that she shares through her music, it is also part of the story of mankind, so the songs are rooted in a universal theme. Besides, the music was just plain fun to listen to and dance to.

UPCOMING: This concert was part of the new Passport Concert Series: Music Haven at Proctors which continues at 7:30pm on Friday, February 9 with a performance by the South Carolina-based group Ranky Tanky. Priced at $25, tickets are now on sale. 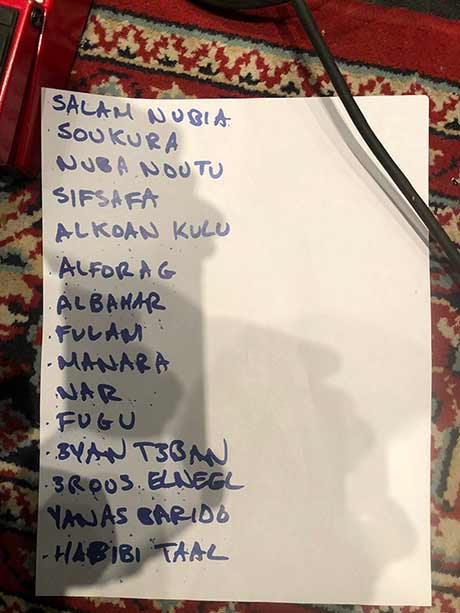 THEATER REVIEW: The PantoLoons’ “The Little Mermaid: Beyond the Sea” [Berkshire on Stage]