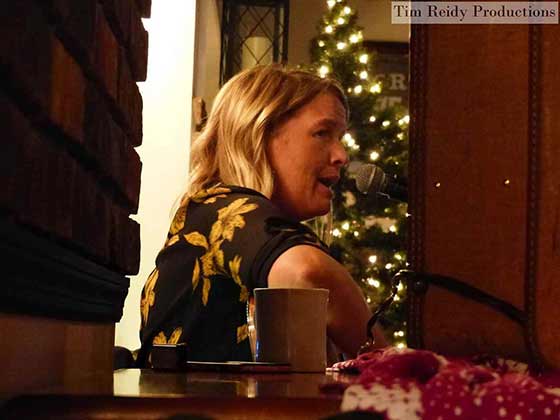 No question about it, Erin Harkes is one of the most popular and hardest working singer-songwriters in Greater Nippertown. Sometimes solo, sometimes as a duo and once in a while with a full band or singing with the Lustre Kings. And all that is in addition to her “other” job as a stand-up comedian and host of the monthly all-female “Chicks Are Funny” show at Guilderland’s Funny Bone.

On Thanksgiving Eve, she was entertaining patrons at Romo’s Pizza in Glenmont.

And this weekend you can catch Harkes in action at
Power’s Irish Pub in Clifton Park at 8pm tonight (Friday, December 8) and the Diamond Club Grill at Embassy Suites in Saratoga Springs at 7:30pm on Saturday (December 9). Both performances are FREE.