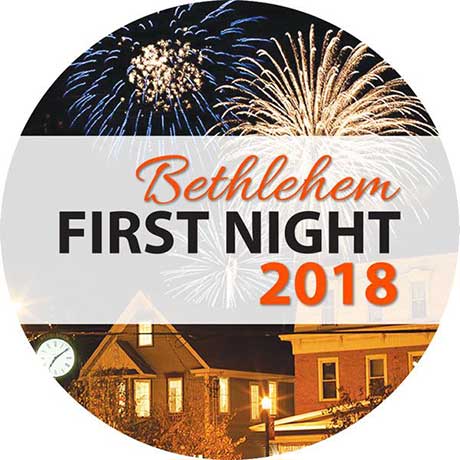 Saratoga Springs isn’t hosting the only First Night celebration on New Year’s Eve around Greater Nippertown. After a successful inaugural run ushering in 2017 a year ago, First Night Bethlehem is back again for its sophomore outing.

Fireworks kick off the festivities at 6:30pm on Sunday, December 31 at the Four Corners in Delmar, and then a number of venues within walking distance will host musical performances by an array of Local 518 groups from 7-10pm, including the Swing Docs, the Mendelssohn Club of Albany, Big Fez & the Surfmatics, Andy the Music Man, GB-five, Heard, Michael Benedict Jazz Vibes and Playin’ with Fire.

Admission is $10 in advance; $15 the night of the event for all Bethlehem First Night activities. Admission is $5 for youths age 12-18; kids under 12 are FREE. Proceeds will benefit the Bethlehem Community Fund, Bethlehem Opportunities Unlimited, Bethlehem Senior Projects and Friends of Bethlehem Parks & Recreation.