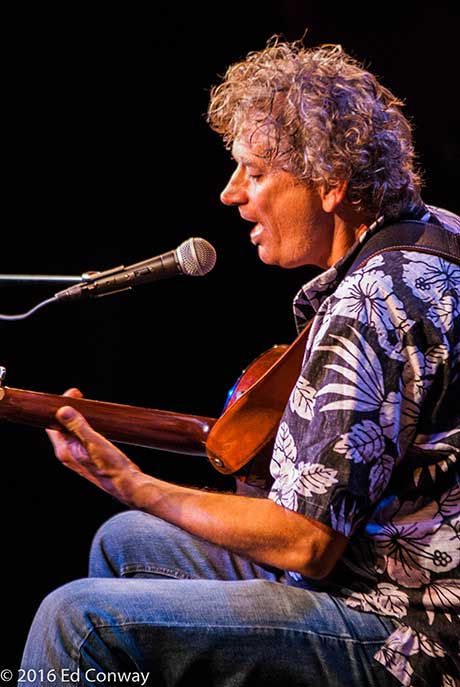 THEATER: “If Beale Street Could Talk” @ UAlbany Performing Arts Center’s Recital Hall, Albany. Adapted and directed by Elise Thoron for American Place Theatre, this one-man “Literature to Life” performance is a verbatim adaptation of James Baldwin’s powerful novel of the same name, a story of abiding love in the face of injustice. 7:30pm. $20; students & seniors $15.

MUSIC: The Deadbeats @ the Low Beat, Albany. If it’s Wednesday, it must be the Deadbeats… 10pm.

FILM/TALK: “The Ninth: Destiny of a Symphony” @ EMPAC at RPI, Troy. Director Pierre-Henry Salfati explores how the symphony’s universal message of joy and brotherhood has been reclaimed by so many contradictory movements and ideas, from romantics and humanists to anarchists, communists, and fascists. The film examines how music can reflect and refract diverse social currents and forces. Followed by a panel discussion with pianist-composer Michael Century, political scientist Langdon Winner and composer Nina Young. 4pm. FREE.

STORYTELLING: Interfaith Story Circle @ Dominican Retreat and Conference Center, Niskayuna. The Tent of Abraham: The Power of Story to Encourage the Gifts of Hospitality features guest storytellers Sandy Schuman of the Jewish tradition; Bill Roylance of the Christian tradition; and Dr. Mussarat Chaudhry of the Muslim tradition. 7:15pm. With an optional vegetarian pot luck dinner at 6:15pm. FREE.

FILM: “I Am Not Your Negro” @ UAlbany’s Performing Arts Center, Albany. Based on the unfinished memoir, “Remember This House,” this Oscar-nominated documentary directed by Raoul Peck presents james Baldwin’s meditations on the history of racism in the U.S. and his perspectives on slain Civil Rights leaders Medgar Evers, Malcolm X and Martin Luther King, Jr.12:15pm. FREE. Also at 12:15pm on Thursday.

Stephane Wrembel to Bring “Shades of Django” to the Linda, Dec. 3

Stephane Wrembel to Bring “Shades of Django” to…