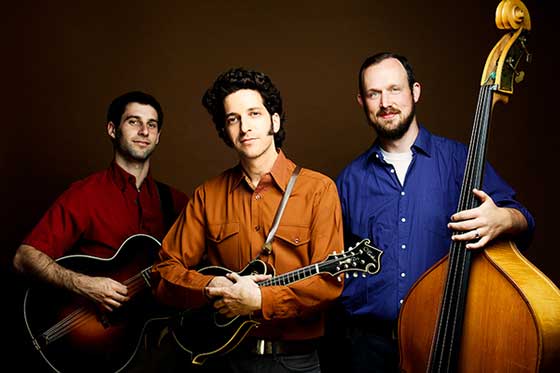 1. THE FIRST ALBUM I EVER BOUGHT WAS … The Thompson Twins. I can’t remember what the title was, but I can’t imagine they had more than one or two.

2. THE FIRST CONCERT THAT I EVER SAW WAS … My first concert was David Bowie’s Let’s Dance Tour. I was only about 10 years old, but loved it.

3. THE FIRST MUSICAL INSTRUMENT I EVER OWNED OR PLAYED WAS … I think it was a guitar or trumpet. Can’t remember which came first.

4. THE FIRST SONG THAT I EVER PERFORMED IN PUBLIC WAS … At age six I sang “Rainbow Connection” at a performance at camp.

5. THE FIRST BAND I WAS EVER IN WAS … It was a band called the False Creek something boys (or something like that). It was just moths after I started playing mandolin. I busked with Jayme Stone and a couple other friends, and we put a band together, played one gig and that was it.