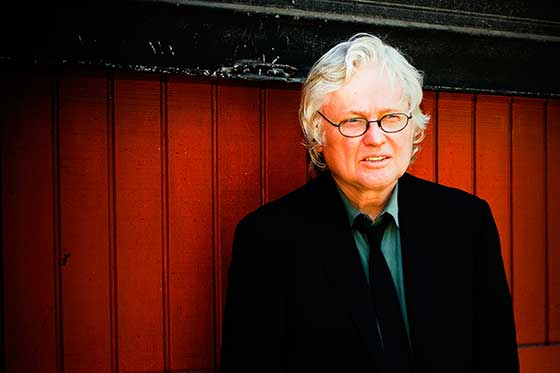 1. ONE OF THE MOST INFLUENTIAL ALBUMS I EVER PURCHASED WAS … Kristofferson. Although I was born and raised in Yonkers, New York and there was no country music to be heard on the radio in my town, I heard country music at an early age, and it became my entire life.

I got into the music business as a country songwriter, writing songs for the Brown Family, Eddy Arnold, Willie Nelson, Bobby Bare, Waylon Jennings and later Johnny Cash. I extended my reach in the area of blues and rock ‘n’ roll and had several hit songs in the ’60s.

I entered the ’70s starting to think about recording as an artist myself. One of the huge inspirations was the album that Kris Kristofferson put out in 1970 called Kristofferson with all those magical songs on it, like “Help Me Make It Through the Night,” “Me and Bobby McGee,” “For the Good Times” and the rest. He and I became friends right around that time, and hearing that album brought the focus right back to what I listened to was a kid. and I knew I wanted to make albums that were heavily influenced by country music. Shortly after I recorded an album called Gasoline, and then the album that sort of put me on the map, Last Chance.

2. THE FIRST CONCERT THAT I EVER SAW WAS … The first concert I remember was at the Brooklyn Paramount Theater. It was a doo-wop concert featuring, among others, the Moonglows in the Moonlighters, the group within a group. I remember feeling a chill all over my body through the entire concert. It was something about the harmonies and the soulful singing that totally got to me. It was just magic.

I’m sure I would’ve gotten the same spirit watching early “Louisiana Hayride” stuff. It was just one artist after another, and within 15 or 20 minutes they would totally capture you. It was all about the madness of blues, country and rock ‘n’ roll mixed together.

3. THE FIRST MUSICAL INSTRUMENT I EVER OWNED OR PLAYED WAS … My mom and dad had bought me a violin when I was six years old, but it didn’t sit well with my brothers. They didn’t like all the screeching, so on my seventh birthday, a ukulele took its place under the Christmas tree and started me in the direction of the guitar.

4. THE FIRST SONG THAT I EVER PERFORMED IN PUBLIC WAS … My first performance was when I was 12 years old. It was for my family. I presented them with my first song – it was called “Faded Blue.” My brothers seemed to love it. My mother cried. And my father wrung his hands together and said “Boys, we have a gold mine here!”

5. THE FIRST BAND I WAS EVER IN WAS … I was the lead singer and songwriter for a country-rock band in high school called the Town and Country Brothers. We were signed to the black division of King Records by a great and soulful guy, the legendary Henry Glover. We didn’t have any hits, but that was the start of it all, and soon after I was writing songs for other people.

Chip Taylor was inducted into the Songwriters Hall of Fame in 2016, having penned two monster hits back in the ’60s – “Wild Thing” and “Angel of the Morning,” as well as songs that were recorded by the likes of Janis Joplin, Aretha Franklin, Dusty Springfield and Frank Sinatra – before launching his own career as a singer in the ’70s. Taylor steps onto the stage at Caffe Lena in Saratoga Springs accompanied by former Van Morrison guitarist John Platania at 8pm on Saturday (March 10) in support of his new album, Fix Your Words. Tickets are $25 in advance; $27 at the door.

MARCH 8: On This Date in Local 518 Concert History