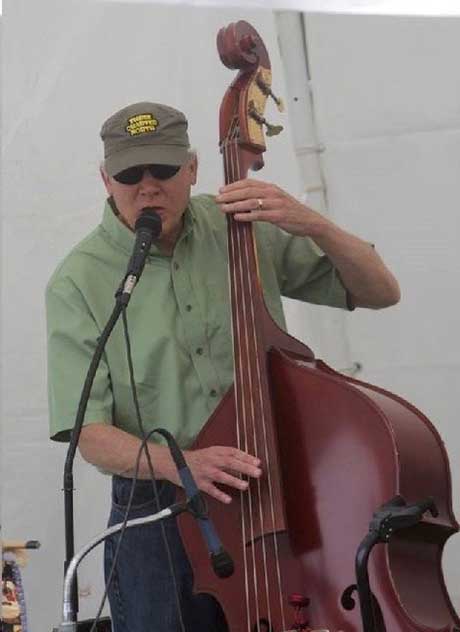 1. THE FIRST ALBUM I EVER BOUGHT WAS … Shutdown, Volume 2 by the Beach Boys. I still have it; still play it; still like it. I’m a big Beach Boys fan. I like Pet Sounds but I think Holland is better.

2. THE FIRST CONCERT THAT I EVER SAW WAS …The Hartford Symphony at the Bushnell Auditorium in Hartford.

3. THE FIRST MUSICAL INSTRUMENT I EVER OWNED OR PLAYED WAS … The piano. I still play some. It’s easy – press a key and out comes the sound!

4. THE FIRST SONG THAT I EVER PERFORMED IN PUBLIC WAS … “Secret Love.” A big hit for Doris Day. I had a trombone solo in the school band in eighth grade.

5. THE FIRST BAND I WAS EVER IN WAS …The Dynamics, ninth grade through high school. We played mostly tunes from our parents’ era but we rocked out on “The Peter Gunn Theme” and “A Hard Day’s Night.”

The multi-talented Dave Rhodes picks up his bass to anchor the Americana roots sound of Three Quarter North in concert at the Troy Savings Bank Music Hall in Troy at 12noon on Tuesday (March 13), as part of the monthly [email protected] concert series. Admission is free.