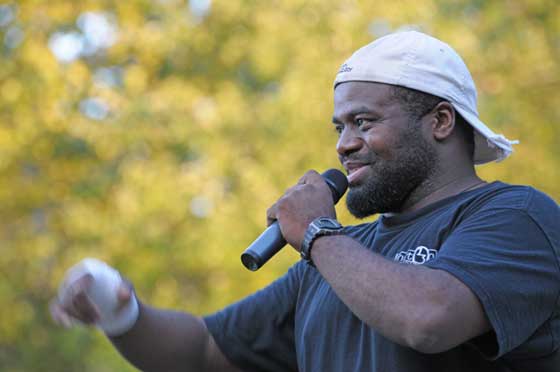 Caffe Lena in Saratoga Springs is starting up another new performance series – the last-Sunday-of-the-month A Joyful Noise! Gospel Brunch led by Spa City soul singer Garland Nelson with keyboardist Azaam Hameed and percussionist Steve Candlen, as well as a gospel choir and a different special guest each month.

In addition to the music, admission will also include a full brunch from Hattie’s – fried chicken and waffles, Jasper’s Pain Perdu, grits, coffee, tea and more. Mimosas will also be available for purchase.

The new brunch series kicks off at 1pm this Sunday (March 25) with special guest vocalist Jayda Chance, an extraordinary 12-year-old singer who made her debut at Harlem’s famed Apollo Theater open mic at the age of eight, winning the Stars of Tomorrow competition.