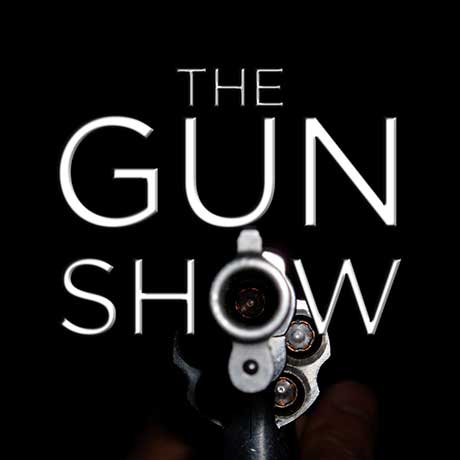 Live theater returns to PS21: Performance Spaces for the 21st Century on Friday-Sunday (April 20-22) when the Actors’ Ensemble presents The Gun Show by E.M. Lewis. Leaning neither right nor left, the play jumps into the middle of the gun control debate and asks “Can we have a conversation about this?” This one-person play, starring Christopher Smith and directed by Robert Jordan, will be held at PS21’s new state-of-the-art black box theater, located at 2980 Route 66 in the town of Chatham.

“The Gun Show doesn’t take sides. It’s fair and aims to get people to talk to one another,” said director Robert Jordan. “It grapples with the place that guns have in our society. Is there some way to come to terms with their presence? How can we make them a bit safer? It’s not an all-or-nothing proposition; it’s an open and ongoing discussion.”

Award-winning playwright E.M. Lewis tells the story of America’s relationship with guns through the prism of her own personal experiences, from rural farming community to big city. “Like a lot of people, I’ve had a variety of experiences with guns and am conflicted about guns,” said Lewis in a Portland Monthly interview. “This is not a far right or a far left play. This is a grappling with guns in American society…”

The Gun Show premiered in Chicago in 2014 and has since been produced in more than a dozen theaters across the country. In addition, it was published in “The Best American Short Plays 2015-2016.”

Eclectic and Virtuosic Junction Trio to Perform at Union…