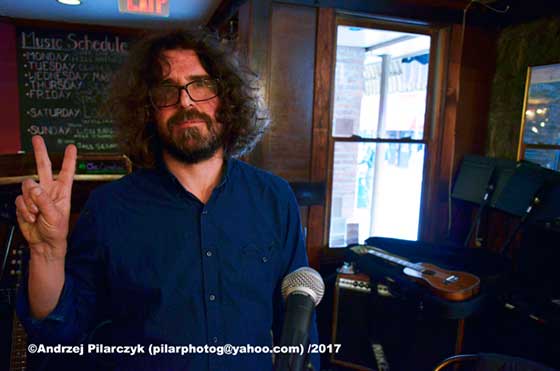 Just about a year ago, Lou Barlow (of Dinosaur Jr., Sebadoh and the Folk Implosion fame) rolled into Greater Nippertown and played a pair of free shows at Saratoga Springs’ One Caroline Street Bistro. Now he’s coming back to town to play an intimate concert at Overit in Albany at 7pm on Monday, May 7, but you’ll have to open up your wallets this time. Tickets are on sale now, priced at $38.45 & $44.28; VIP $54.84 & $107.62.

IN CASE YOU MISSED IT: After cancelling her 2016 concert at SPAC, it looks like Janet Jackson is finally headed into the Saratoga Performing Arts Center after all. Tickets go on sale to the general public at 10am on Friday (April 27).

Buffalo born and bred singer-songwriter-rocker Willie Nile is slated to return to The Linda in Albany at 8pm on Saturday, May 26. Tickets are on sale now, priced at $20.

The rock duo Black Pistol Fire takes the stage at the Hollow Bar + Kitchen in Albany at 9pm on Friday, June 9. Tickets are $19 in advance; $21 at the door.

The two-time Tony Award winner Chita Rivera will play a one-night-only concert at Williamstown Theatre Festival’s Main Stage at 7:30pm on Monday, July 9 to benefit Williamstown Theatre Festival’s New Play & Musical Development Initiative. She will be accompanied by her longtime trio of Michael Croiter (guitar, percussion), Gary Adler (piano) and Jim Donica (bass). Priced at $80 & $125; VIP $250, tickets are currently available exclusively to WTF Lovers and will go on sale to the general public at 10am on Wednesday, May 2.

IN CASE YOU MISSED IT: Fleetwood Mac – first reunited, then revamped – are bringing their world tour to Albany’s Times Union Center next year, but tickets go on sale to the general public at 10am on Friday, May 4.

IN CASE YOU MISSED IT: Tommy Stinson (of The Replacements and Guns ‘N Roses) is hosting and playing at a pair of upcoming concerts at the Hudson Brewing Company and Club Helsinki to benefit the Hudson Little League’s Safe at Home benefit concerts. He’ll be joined by Elvis Perkins, Brian Dewan, Chops & Sauerkraut, Magic Stones, Rebecca Borrer, Alejandro Escovedo, Jesse Malin, Dust Bowl Faeries and other special guests.

Austin singer-songwriter Patty Griffin is headed into Club Helsinki in Hudson for an 8pm concert on Thursday, July 19. Tickets go on sale at 10am on Friday (April 27), priced at $45-$55.

Cali rapper Warren G is slated to step into the spotlight at the Upstate Concert Hall in Clifton Park on Saturday, June 16. Tickets are on sale now, priced at $22 in advance; $25 at the door; VIP with meet & greet $50.

IN CASE YOU MISSED IT: The Zac Brown Band is making their annual return to the Saratoga Performing Arts Center for what will likely be the final SPAC concert of the summer. Tickets go on sale to the general public at 10am on Friday (April 27).

IN CASE YOU MISSED IT: Phil Vassar and a reunion of Greater Nippertown’s fave Irish band Donnybrook Fair will be taking the stage at The Egg this summer. Tickets go on sale to the general public at 11am on Friday (April 27).

Veteran bluesman Coco Montoya makes his return to the Upper Room in Albany on Friday, August 3. Doors open at 7pm and tickets are on sale now, priced at $20 & $35.

As we previously announced, soul singer Remember Jones leads her 25-piece band is headed into Jupiter Hall in Guilderland on Thursday, May 17, playing Kanye West’s 808s and Heartbreak in its entirety. But she’s already booked a return visit for 9pm on Saturday, June 16 for a tribute to Amy Winehouse’s Back to Black. Tickets are $20 in advance; $25 at the door. Also coming up at Jupiter Hall, Johnny Neel (formerly of the Allman Brothers Band) leads the Screamin Eagle Band at 8pm on Wednesday, October 10 ($18 in advance; $20 at the door).

IN CASE YOU MISSED IT: The Capital District Jazz’s Jazz at the Spring concert series at Saratoga Springs’ Spring Street Gallery continues with upcoming concerts by Chris Pasin’s Ornettiquette, the Peg Delaney Trio and the Sarpay Ozcagatay Trio.

The Hangar on the Hudson in Troy welcomes Brooklyn-based Americana band Yarn (led by Schenectady native Blake Christiana) on Saturday, May 5 with Straight Up opening the show at 8pm. Tickets are $15. And Local 518 faves Blue Machine will be serving up an evening of Rolling Stones tunes at 9pm on Friday, May 11. Tickets are $10 in advance; $12 at the door.

SOLD OUT: The SPAC on Stage concert by Black Violin at the Saratoga Performing Arts Center in Saratoga Springs on Monday, August 20 is now officially sold out.

CANCELLED?: Ashanti cancelled her concert at the Albany Capital Center that was originally slated for February, but then the concert was announced for a new date – Sunday, May 13 – with Ja Rule added as a co-headliner. Now the concert is nowhere to be found on the websites of Ashanti or the Albany Capital Center, so we’re guessing that it’s been called off once again.

Neko Case has already announced upcoming concerts at Brewery Ommegang in Cooperstown and MASS MoCA in North Adams, and now she’s added another Greater Nippertown concert, headlining at The Bardavon in Poughkeepsie on Friday, September 21. Opening the show at 8pm will be Thao (of the Get Down Stay Down). Tickets go on sale to the general public at 11am on Friday (April 27), priced at $40, $50 & $55.

OPENERS: Brent Cowles has been added as the opening act for the double-bill of Nathaniel Rateliff & the Night Sweats and the Head and the Heart at Brewery Ommegang in Coopertown on Tuesday, June 5… Ian Chang will open the evening for Sylvan Esso at Upstate Concert Hall in Clifton Park at 8pm on Monday, July 30…