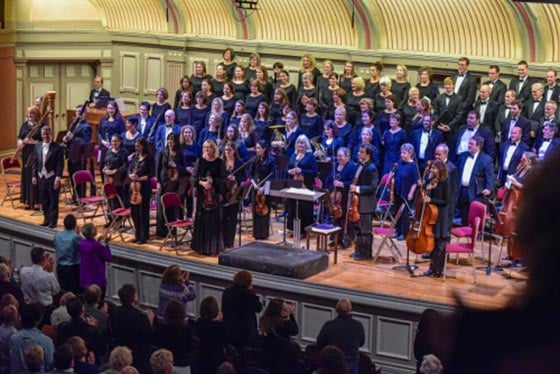 Composer Morten Lauridsen was named “American Choral Master” by the National Endowment for the Arts in 2006, and in 2007 received the National Medal of Arts “for his composition of choral works combining musical beauty, power and spiritual depth that have thrilled audiences worldwide.” He composed Lux Aeterna (Eternal Light) in response to his mother’s final illness. He said “I found great personal comfort and solace in setting to music these timeless and wondrous words about light, a universal symbol of illumination at all levels – spiritual, artistic and intellectual.”

FILM: “More Than Words: The Photography of Newsman Bob Paley”