A MOMENT WITH… B.A. Nilsson 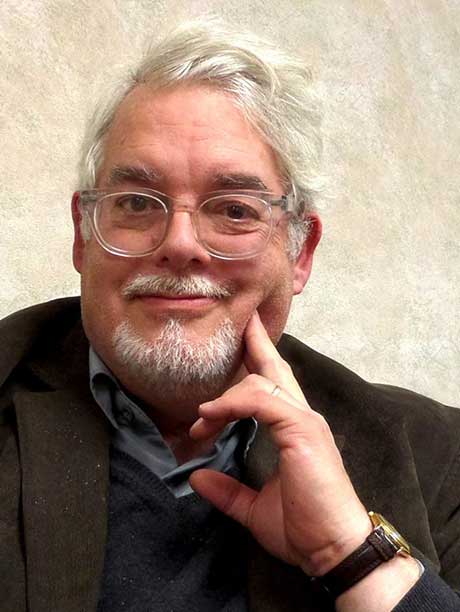 Writer, actor and cabaret performer B.A. Nilsson has written the play Girl with a Camera, which is being given a reading by the Troy Foundry Theatre at The Church in Troy at 7:30pm tonight (Monday, May 7). Admission is free.

Q: When did you know you were a playwright?
A: I’m not unique in seeking patterns and order in the events of life, but I hope I’m able to share a unique perspective. When, in my early teens, I started appearing in plays, I realized that those who wrote them were succeeding not only in devising a controlled view of all kinds of situations – incredible, mundane, hilarious – but also sharing that view for the entertainment of others. With my teens far, far behind me, I’ve written a variety of wonderful plays, even though my life remains as disorderly as ever.

Q: What inspires you to make art?
A: Still, the process of wading into that mental maelstrom of what-ifs and what’s-nexts to wrestle dialogue onto the page remains thrilling. And exhausting. And other-worldly – it often doesn’t seem to be me who’s coming up with this stuff. My plays have a long gestation during which those possibilities gain color and grow,
until they’re ready for birth (usually a butt-first breech).

Q: What do you hope audiences will feel walking away from Girl with a Camera?
A: I’d been reading about Edward Steichen (whose overcoat I once owned) and was impressed by the many different aspects of his photography career. Having grown up during the height of second-wave feminism, watching with dismay as the ERA was torpedoed, I decided to celebrate a female photographer, my coeval, who grows up in my home town and embarks on a significant career. There comes a tipping point, however, when her personal life collides with her creative pursuit – and therein lies what I invite you to consider: How far should you be willing to go to satisfy the desire to create art? Do you agree with Ivy’s decision? And I hope you’ll come away from it appreciating the poetry in this rather disorderly tale.

WHAT: Girl with a Camera
WHERE: The Church, Troy.
WHEN: Today (Monday, May 7), 7:30pm
HOW MUCH: FREE
You couldn’t miss Ivy Wilmot’s photographs during the late ’70s. Beginning with the candid photos she shot for Harper’s Bazaar, she was celebrated for her celebrity features and covers that also appeared in Interview, W and Rolling Stone. Told during a gallery opening in Connecticut, Ivy has chosen eight photographs to tell her story. We learn of her fractious relationship with gallery owner Jeanne Morris; with her father, Julius, an optical engineer with a secret government affiliation that Ivy is asked to betray; and FBI agent Lester, whose friendship with Ivy forces him to question his loyalties.