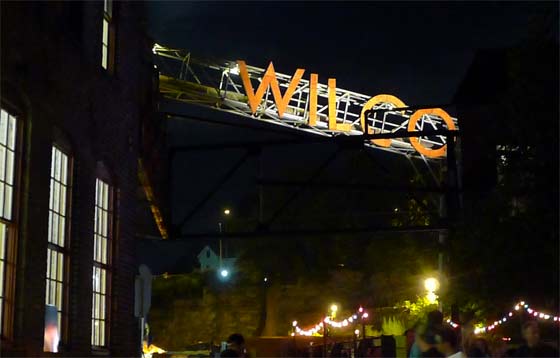 Solid Sound, the biennial music and arts festival organized, curated and headlined by Wilco, returns to MASS MoCA in North Adams from June 28-30, 2019. Three-day all-festival tickets go on sale at 11am Thursday (October 18). For a limited time, tickets will be offered at a reduced early-bird rate of $149 (regular price $179). Children’s three-day tickets (ages 6-10) will be available for $55 and children under 6 are free.

Additionally, this year Solid Sound Festival will offer a limited new ticketing option. The Friends of the Festival pass offers singular opportunities for fans, including a festival poster signed by Wilco, an autographed copy of Jeff Tweedy’s upcoming memoir, “Let’s Go (So We Can Get Back),” a private lounge with an intimate pop-up performance, and much more. The Friends of the Festival passes are priced at $349 and will benefit MASS MoCA’s arts education programs.

Conceived by Wilco and inaugurated in 2010, Solid Sound will again present Wilco as hosts and headliners and will feature an eclectic, Wilco-selected musical line-up of indie, rock, jazz and more, as well as performances by Wilco members’ side-projects. “After almost two years off the road, we’re going to be so excited to be back on stage together,” says Wilco’s Jeff Tweedy. “I can’t wait to have that feeling again.” In addition to the expansive galleries of MASS MoCA, the festival includes a fully programmed comedy stage, naturalist/outdoor activities that exemplify the spirit of the Berkshires, a broad variety of family activities, local food, craft
beer and cider and more.

Performers for the three-day will be announced at a later date.