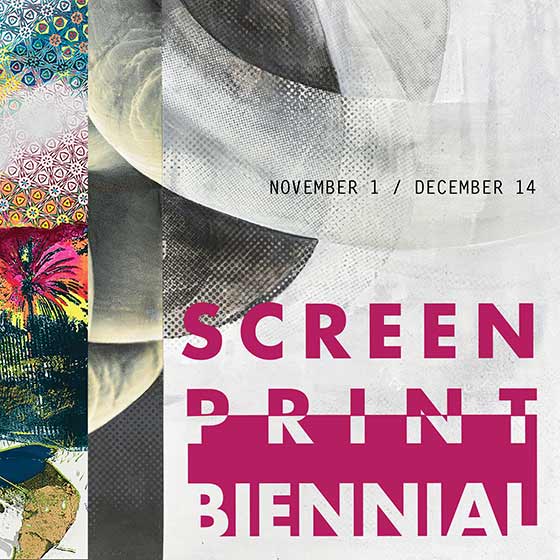 Come to your Senses @ MASS MoCA, North Adams. Sally Taylor, daughter of James Taylor and Carly Simon, curates this exhibit in MASS MoCA’s Kidspace gallery and art-making studio, which will include new music by both of her parents. A program of Taylor’s long-running Consenses project, the show asks visual artists, poets, dancers, musicians, perfumers, chefs and sculptors to use one another’s art as a catalyst to create their own work.A Menagerie of Whimsey: The Art of William B. Schade @ Albany Institute of History and Art, Albany. Works by Albany native William B. Schade including prints, sculptures, paintings and ceramics. Also on display: Birds & Beasts: The Scary, Magical, and Adorable Animals of the Albany Institute, an animal-inspired exhibition drawn from the Institute’s collection that explores animals as iconic elements of art and as cherished household members. (Through December 30)Ukiyo-e to Shin Hanga: Japanese Woodcuts from the Syracuse University Art Collection @ The Hyde Collection, Glens Falls. An exhibition that chronicles the development of Japanese woodcuts during a key period in the nation’s history and highlights examples of their influence on modern Western artists. (Through December 30)KAHNSCIOUS – Photographing Architecture @ Hudson Hall, Hudson. Architect and photographer Scott Benedict takes viewers through a journey across twenty-six of the renowned architect Louis I. Kahn’s private and public creations. (Through January 2)From NY to LA: Landscapes of the Hudson Valley and California Desert @ The Arts Center of the Capital Region, Troy. Landscape paintings and oil sketches by Tom Nelson comparing the Catskills and the Vasquez Rock formations east of Los Angeles, California. Artist’s talk: Friday, November 30, 6pm. (Through January 3)Josh Simpson: Galactic Landscapes @ Berkshire Museum, Pittsfield. A solo show of woks in glass by Josh Simpson. (Through January 6)3-D Doings: The Imagist Object in Chicago Art, 1964-1980 @ The Tang Teaching Museum, Saratoga Springs. The first exhibition devoted to the three-dimensional work of a group of Chicago artists collectively known as the Chicago Imagists. 3-D Doings Symposium: October 25-26, featuring public events with many of the artists in the show. (Through January 6)When We Are Dancing (I Get Ideas) @ The Tang, Saratoga Springs. A solo exhibition of Tim Davis’ recent work in video, sound, installation, photography and more, featuring more than 30 recent works that provide an in-depth look at the creative process of an artist, musician and writer whose visual art riffs heavily on his initial start as a poet. Also on display: Where and When I Enter, an exhibition that examines the social construction of whiteness, including how ethnic and racial groups have suffered political and economic disenfranchisement for being non-white. (Through January 6)Betty Parsons: Blue sky very high @ Art Omi, Ghent. An exhibition of paintings and sculpture spanning over two decades by the artist and noted gallerist Betty Parsons. . (Through January 6)Nicholas Whitman @ MASS MoCA, North Adams. Nicholas Whitman’s 1988 documentary photographs of the abandoned Sprague Electric Company factory that would become the MASS MoCA campus.Two Perspective @ Good Purpose Gallery, Lee.Watercolors by Pat Hogan and oil paintings by Marcelene I. Mosca. (Through November 13)Landmark @ Albany International Airport Gallery, Albany. The gallery celebrates its 20th anniversary with this exhibition of visual artists and writers reflecting upon a changing American landscape. (Through March 25)
Share

A FEW MINUTES WITH… Chris Pasin