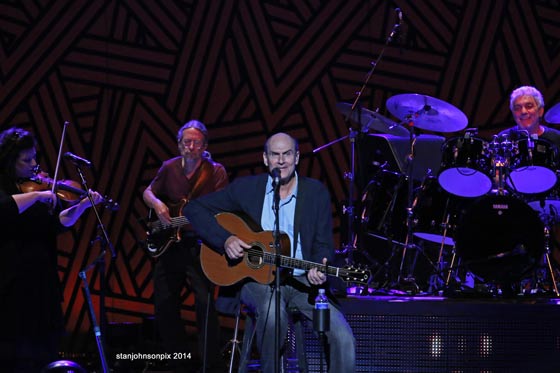 Photograph by Stanley A. Johnson

Tanglewood will kick off its 2019 summer season a couple of old stand-bys who return year after year – James Taylor and a live broadcast of the radio show “Live from Here” (formerly “A Prairie Home Companion”).

Here are the details:

JAMES TAYLOR
Wednesday, July 3, 8pm
Thursday, July 4, 8pm
$28-$115
As has become tradition, Sweet Baby James returns to Tanglewood with his All-Star Band for a two-night stand. Fireworks will follow the July 4 concert and proceeds from the concert will be donated to Tanglewood.

Tickets will go on sale to the general public at 10am on Sunday, February 10.

Additional Popular Artist concerts for Tanglewood will be announced in early 2019.