At the risk of sounding like Bush43 at the 2004 Presidential Debate, figuring out the Top 10 Jazz2K Discs of the year is a HARD JOB! It’s HARD! The traditionalists in the crowd may vehemently disagree, but I truly believe we live in an amazing time for jazz, with so many influences – musical, social and political – making the genre deeper, richer and more kaleidoscopic than ever. It is truly a beautiful thing.

Before we count down the Top 10, though, we’ve got some bowling trophies to hand out: 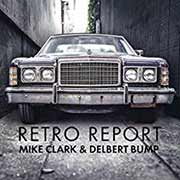 BEST PARTY DISC
Mike Clark & Delbert Bump: Retro Report (Ropeadope)
You can have knockout snacks and a killer theme for your party, but if you don’t have a groove, you’re wasting your guests’ time. Enter Headhunters drummer Mike Clark and journeyman Hammond B3 master Delbert Bump, together again for the first time since Clark’s 2010 release Carnival of Soul. Retro Report is lot like the Lincoln Town Car that graces the disc cover: A product of its time. Thanks to Clark and Bump’s relentless attack and righteous back-up from guitarist Elias Lucero and saxmen Vince Denham and Rob Dixon, we get a buffet of old-school Soul Jazz that hits like Mike Tyson back in the day, both on boogie-centric classics like “Hi Heel Sneakers” and “Honky Tonk” and on funked-up originals like “Deep in the Inner City” and “More Chicken.” Turn it up and invite the neighbors! 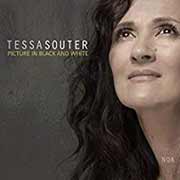 BEST VOCAL DISC
Tessa Souter: Picture in Black & White (NOA)
Raised by a white mother in London, England, NYC-based songstress Tessa Souter didn’t find out about her black father until later in life; her search for him led to unearthing of roots in Africa, Spain and the Caribbean, and that quest for identity and meaning – and meaning in identity – is the fuel that creates burning renditions of McCoy Tyner’s “Contemplation (Ancestors),” Ornette Coleman’s “Lonely Woman,” the African traditional “Kothbiro” and a haunting medley of Terry Caller’s “Dancing Girl” and U2’s “Where the Streets Have No Name.” Souter’s own compositions, “You Don’t Have to Believe” and the title track, are classics in their own right, made whole with invaluable help from guitarist Yotam Silberstein, pianist Adam Platt, bassist Yasushi Nakamura, cellist Dana Leong and percussion masters Billy Drummond and Keita Ogawa. The truth may not set you free, but it can create beautiful, tragic magic. 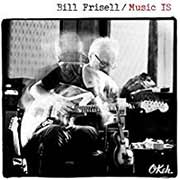 BEST SOLO OR DUO DISC
Bill Frisell: Music IS (OKeh)
The list of people Bill Frisell has played with reads like a Jazz Hall of Fame nominee list, including Joe Lovano, Jim Hall, McCoy Tyner, Charles Lloyd and a host of others. But anybody who’s seen the idiosyncratic guitar wizard in concert knows that one of the best accompanists he’s ever had is… himself! Supported by a seemingly endless arsenal of loops, Music IS takes Frisell’s trademark introspection to a brand-new level as he re-examines original compositions like “Change in the Air,” “Rambler” and the acoustic masterpiece “Made to Shine.” He also breaks out – and breaks down – his classics “Ron Carter” and “Monica Jane.” (Carter is another of Frisell’s past collaborators, and Frisell & Hall did “Monica” on their 2008 duo disc Hemispheres.) Music IS is a refreshing throwback to The Willies and Blue Dream, before Frisell decided to make things complicated just so he could stay interested. 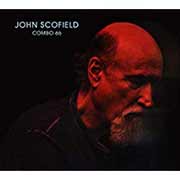 LIFETIME ACHIEVEMENT AWARD
John Scofield: Combo 66 (Verve)
At age 67, John Scofield is still the Energizer Bunny with a guitar, playing with everybody from Dead & Company to Medeski Martin & Wood and recording the eponymous No. 1 Jazz2K Disc of 2017 with the superstar collective Hudson. That said, Sco’s personal releases have varied in quality over the last decade or so: 2015’s Past Present was only a faint recall of the one-off group ScoLoHoFo, while 2016’s Country for Old Men got lost in its own concept. Combo 66 gets Scofield back on track as he gives his working group a much-needed reboot, pairing longtime drummer Bill Stewart with keyboardist Gerald Clayton and bassist Vicente Archer. The opener, “Can’t Dance,” is Sco being modest, because he’s got some of the fastest musical feet on the stage. “Combo Theme” and “Willa Jean” gives us the elevated country sound Sco tends to fall back on, but we don’t overdose on it like we did on Old Men. The buzzsaw guitar on “Icons at the Fair” and “Darn Swing” is what Scofield devotees live for, because it’s paired with a lyrical sense that’s still sharp as a straight razor. Don’t call Combo 66 a comeback, because John Scofield never left, and he keeps going and going and going… 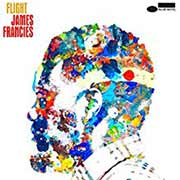 ROOKIE OF THE YEAR (Best Debut Recording)
James Francies: Flight (Blue Note)
Like past ROTY honorees, keyboardist James Francies is not a rookie per se: He’s recorded and toured with the likes of Eric Harland, Pat Metheny, Jeff “Tain” Watts and The Roots. Has the 23-year old Houston native ever been experienced? He has! But Rookie of the Year – in Jazz2K terms, anyway – is all about that first time in the studio as a leader, and I can’t think of a maiden recorded voyage from this year that’s as well put-together as the Derrick Hodge-produced Flight. Francies and his rhythm section of bassist Burniss Travis II and drummers Jeremy Dutton and Mike Mitchell have known each other since their early teens, so their chemistry and interplay is both rock-solid and infinitely colorful. Star turns by sax icon/former Francies employer Chris Potter, guitarist Mike Moreno and young vibes wizard Joel Ross add light and heat to the roiling, boiling stew of incredible originals that shoot out the speakers like bats making tracks out of Hell. Fly on, James Francies! Players like you are what this century needs! 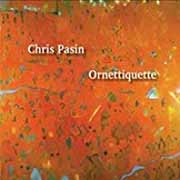 LOCAL HERO AWARD (Best Regional Release)
Chris Pasin: Ornettiquette (Planet Arts)
Tribute discs aren’t a dime a dozen in jazz, though the price is falling in that direction. However, while many players may take the occasional stab at jazz provocateur Ornette Coleman’s songbook, nobody in recent memory has had the metallic spheres to do an entire disc based on (and/or inspired by) Ornette’s towering body of work. Mad props to Hudson Valley trumpeter Chris Pasin for taking the shot. Coleman caught Pasin’s ears early, and Ornettiquette has the feel of a passion project that’s been begging for daylight for quite some time. Pasin touts the disc as a dual tribute to Coleman and perennial Ornette wingman Don Cherry, and he takes the Cherry role beautifully by setting the framework for tracks like “Jayne,” “Just for You” and the obligatory “Lonely Woman,” and then letting altoist Adam Siegel, bassist Michael Bisio and longtime Coleman confidantes Karl Berger and Ingrid Sersto give those frameworks an enthusiastic kicking.

In closing, here are “The Rest of The Best”, the releases I’ll be showcasing on the air at 12midnight Saturday (December 15) on “Jazz2K @ The Saint” on WVCR-FM. (For extra credit, spot the Albany High School alumni on the list):

We count down the Top 10 in our next episode. Be there! Aloha!

J Hunter will play tracks from the Top 10 Jazz2K Discs and Jazz2K Awards winners at 12midnight Saturday, December 22 on WVCR 88.3FM – streaming live at wvcr.com and on iHeartRadio… and if you’re too tired out from wrapping stuff, you can hear the repeat broadcast on Saturday, December 29.