Okay, it’s time to hang the stockings by the chimney with care: IT’S “FOR THE WIN!” 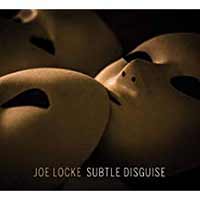 NUMBER TEN…
JOE LOCKE: Subtle Disguise (Origin)
I got a dizzying taste of Locke’s latest in the spring, when the vibes master paired up with pianist Jim Ridl for a duo gig at Senate Garage in Kingston. If just the two of them could spin my head around, imagine the effect when they team up with bassist Lorin Cohen and drummer Samvel Sarkisyan for Locke’s most penetrating work to date. Sax monster David Binney and guitarist Adam Rogers kick things up several notches on the badass opener “Red Cloud” and the hard-charging “Blondie Roundabout,” while Raul Midon adds searing vocals to Bob Dylan’s “Who Killed Davey Moore” and the always-welcome traditional “Motherless Children.” Joe Locke has spoiled me: Every time he crosses my path, my soul gets thrilled, and he’s done it one more time. 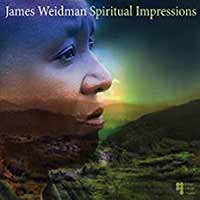 NUMBER NINE…
JAMES WEIDMAN: Spiritual Impressions (Inner Circle Music)
Another righteous player I saw at Senate Garage this year, only I’d already fallen in love with this disc by the time the former Joe Lovano keyboardist came up to Kingston. Weidman’s certainly not the first to apply jazz practices to African-American spirituals, but the combination of respect and innovation Weidman and his partners bring to the table lifts Impressions to a towering height. Ruth Naomi Floyd’s rich vocals keep the connection to the church constant and comfortable, while multi-instrumentalist Anthony Nelson uses all the weapons in his arsenal to create a color palate that helps Weidman bring this material into the secular world. Spiritual Impressions is a beautiful, inspiring experience that envelops you in a warm white light and leaves a glow in your heart and soul. 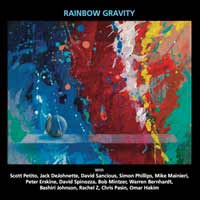 NUMBER EIGHT…
SCOTT PETITO: Rainbow Gravity (Planet Arts)
Most of us know Petito as the mad scientist who builds monster tribute bands like Paper Sun and Reelin’ in the Years, but he also plays killer bass and runs one of the best recording studios in the country. Those two factors connect him with some of the best players in the industry, and a few of those folks have helped Petito devise a stunning jazz-fusion date that harkens back to the days when Weather Report ruled the Earth. Peter Erskine, Bob Mintzer, Mike Maineri, Omar Hakim, Rachel Z, David Sancious and Chris Pasin are just some of the luminaries that drift in and out of an ever-changing picture that qualifies as a throwback but never sounds dated. Check out Petito’s two awesome duets with Jack DeJohnette to experience better living through musical chemistry. 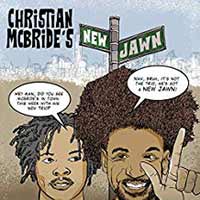 NUMBER SEVEN…
CHRISTIAN McBRIDE: Christian McBride’s New Jawn (Mack Avenue)
For me, none of Christian McBride’s laudable acoustic efforts have the fire and range the uber-bassist’s music had when filtered through the fire-breathing electric band he ran back in the day. That streak ends with Christian McBride’s New Jawn, a careening pianoless quartet date that shows us all that chords aren’t always necessary when it’s time to play jazz. Reed wizard Marcus Strickland and trumpeter Josh Evans have the pedal to the metal from the outset of the opener “Walking Funny,” while drummer Nasheet Waits helps McBride roll out foundations made of Vibranium. The performances are top-notch from all sides, but it’s the freedom inherent in every track that staggers your senses. Many who’ve been digging McBride’s trio discs may literally lose their minds when they take a bite out of New Jawn, but that’ll happen when Christian McBride gives the reset button a good swift kick. 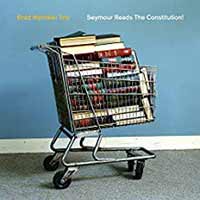 NUMBER SIX…
BRAD MEHLDAU TRIO: Seymour Reads the Constitution! (Nonesuch)
The Mehldau Trio have had such a long run of successes that you’d kinda-sorta like them to fall on their faces just once, if only to prove they’re actually human. No such “luck” this time, as Mehldau and his longtime partners – bassist Larry Grenadier and drummer Jeff Ballard – still give master classes in the art of the piano trio, and Seymour Reads the Constitution is another mix of originals and standards that you simply cannot argue with. Mehldau adds the Beach Boys to his New Great American Songbook with an outstanding reading of Brian Wilson’s “Friends,” which Mehldau treats with the same respect he bestows to Lerner & Lowe’s “Almost Like Being in Love.” As much as Mehldau is linked to cover tunes, his originals “Spiral” and “Ten Tune” are two more masterpieces to hang in the museum. It’s good to be able to count on things, and the Brad Mehldau Trio makes reliability sexy. 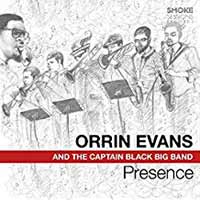 NUMBER FIVE…
ORRIN EVANS & THE CAPTAIN BLACK BIG BAND: Presence (Smoke Sessions)
Of all the various projects Philadelphia native Orrin Evans has been juggling, the Captain Black Big Band has consistently thrilled me since it popped up on Positone some years back. A trimmed-down Captain Black makes its Smoke Sessions debut with this eye-popping live date, but don’t confuse being smaller with being less powerful. This strapping nonet still works on the rotating-cast system, with many of them bringing their own tunes to mix it up with Evans’ scintillating originals: David Gibson’s “The Scythe” gets a brand new look as it launches Presence into orbit, while sax fiend Troy Roberts’ “Trams” brings it all back to the street. Smoke Sessions made its bones releasing stellar live dates, so Presence is a tasty return to those days. 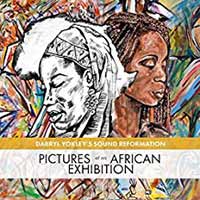 NUMBER FOUR…
DARRYL YOKLEY’S SOUND REFORMATION: Pictures at an African Exhibition (TruthRevolution Records)
Evans isn’t the only one proving “progressive big band” is not an oxymoron. Instead of a straight jazz reading of the classical suite known by Emerson, Lake & Palmer fans everywhere, reedman Darryl Yokley applies Mussorgsky’s concept to expansive original compositions that examine the horrific struggles of the African people through slavery, hunting, mining and other changes that can take everyday life and send it screaming down the rabbit hole into someplace entirely unexpected. The vivid paintings of British artist David Emmanuel Noel make the Mussorgsky connection complete, reminding us that there were real, live people that went through real, live horrors, sometimes for no other reason that they were available. Yokley’s musical visions are both thrilling and terrifying, but they must be experienced – if only to remind us that human beings have always been capable of anything, including being inhuman. 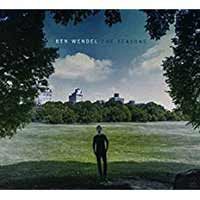 NUMBER THREE…
BEN WENDEL: The Seasons (Motema)
Another brilliant date inspired by a classical work, though this one took a more circuitous route: In 2015, saxman Ben Wendel took the concept of Tchaikovsky’s “The Seasons” and turned it into twelve original compositions, all with underlying commentary about the climactic upheaval we all face. Beginning as duets performed on video and released monthly throughout 2015, Wendel now applies those compositions to a quintet format, with mesmerizing results. Drummer Eric Harland and bassist Matt Brewer were two of the players Wendel did duets with, and they now form a titanic rhythm section that lets Wendel, guitarist Gilad Hekselman and keyboardist Aaron Parks expand Wendel’s concepts into full-blown epics that show it’s not wise to mess with Mother Nature, because while she can be both beautiful and giving, she can also pack a mean wallop. 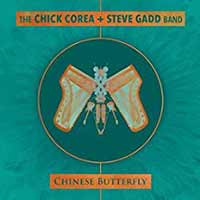 NUMBER TWO…
THE CHICK COREA & STEVE GADD BAND: Chinese Butterfly (Concord/Stretch)
This one does not compute, at least as a concept: The careers of keyboardist Chick Corea and drummer Steve Gadd couldn’t be more separate if they tried. The thing is, though, these two icons have known for over five decades, and had always wanted to work together. Well, they finally got their wish, and the result is a funked-up two-disc set that throws them (and you) back to their salad days in the 1970s, with equal doses of Weather Report and Corea’s own legendary group Return to Forever. The latter outfit gets a literal shout-out on Disc Two, with Earth Wind & Fire frontman Victor Bailey adding wordless vocalizations to electronic free jazz that feels like coming home. It’s all brought up to date with help from 21st-century guitar hero Lionel Loueke, saxman Steve Wilson and percussionist Luisito Quintero. 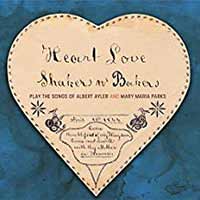 SHAKERS N’ BAKERS: Heart Love (Little i Music)
While you may be familiar with jazz provocateur Albert Ayler, you may have missed his late-career recording New Grass. That’s because it was buried by Ayler fans and foes alike: By the fans for “selling out” by playing R&B and gospel sounds, and by foes because… well, because he was Albert Ayler! Reed wizard Jeff Lederer is an Ayler devotee who saw the beauty in Ayler’s “sacrileges,” and he displays them in all their glory on Heart Love. While Ayler’s mashup of spiritual and secular sounds may have terrified narrow-minded souls in the ‘60s, the effect is of a fusion, that’s WAY outside the box. The contrasting styles of vocalists Mary LaRose and Miles Griffith add another wild card to the deck, and the music is delivered in championship fashion by a titanic band featuring Allison Miller, Steven Bernstein, Jamie Saft, Joe Fiedler, Kirk Knuffke, Lisa Parrott and Chris Lightcap. Maybe the Free (Jazz) Folk hate this stuff, but if you give Heart Love a chance, you’ll love it to death.

And that’s that. As usual, your results may vary. Ask your doctor if s/he’s ever heard of Albert Ayler (or Joe Locke, for that matter). Thank you, Greater Nippertown! We’ll see ya next year!

J Hunter will be playing tracks from the Top 10 Jazz2K Discs, as well as the Jazz2K Awards winners at 12midnight on Saturday (December 22) on WVCR 88.3FM – streaming live at wvcr.com and on iHeartRadio… and if you’re too tired out from wrapping stuff, you can hear the repeat broadcast on Saturday, December 29.