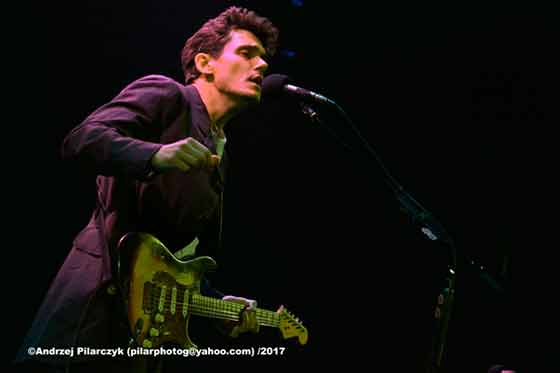 He’s a seven-time Grammy Award winner, a popster, a bluesman and the co-frontman/guitarslinger for Dead & Company, who are scheduled to land at the Saratoga Performing Arts Center on Tuesday, June 18…

But now it looks like John Mayer will be headed back to Greater Nippertown just a month later to kick off his own summer tour at Albany’s Times Union Center at 7:30pm on Friday, July 19. The concert will feature two sets of music spanning Mayer’s entire recording career. There will be no opening act.

Obviously, Mayer has a soft spot for the TU Center. It’s where he launched his membership in Dead & Company back in 2015. And it’s not only where he chose to kick off his 2017 Search for Everything Tour, but he also rolled into town early, spending a week rehearsing at the downtown arena.

Priced from $39.50-$150, tickets for Mayer’s upcoming TU Center show will go on sale to the general public at 12noon on Friday (February 1).

Caffe Lena Brings Music To The Streets of Saratoga

Bennington Museum Announces Their Summer Concerts in the Courtyard Line-up

Caffe Lena Brings Music To The Streets of Saratoga