The Man in Black would have turned 87 years old on Tuesday, February 26. With such standout hits as “Ring of Fire,” “Folsom Prison Blues,” “I Walk the Line,” “Jackson” (featuring his wife, June Carter), among others, Johnny Cash has remained one of the most influential country musicians of the 20th century. His music continues to be performed by many musicians throughout Greater Nippertown, including True Grit Outlaws, Blue Hand Luke, Maurizio Russomanno, Ramblin Jug Stompers and Marty Wendell.

Singer, songwriter and Rockabilly Hall of Famer Marty Wendell will be celebrating Cash’s birthday in style with a tribute concert Caffé Lena in Saratoga Springs on Sunday (February 24). He’ll be joined by The Bluebillies.

Having parents that loved listening to music of all various genres, country and rockabilly were two musical genres that Wendell was greatly inspired by throughout his life. In 1957, Wendell’s mother brought home Johnny Cash with His Hot and Blue Guitar, Cash’s debut album. Wendell became a huge fan of Cash, purchased a chord book and learned how to play the guitar while listening to the album..

Wendell first met Cash through talent agent Jerry Teifer when he was in school in Newburgh in 1964. Four years later, at just 23 years old, Wendell opened for Cash. Inside a back-stage dressing room, Cash brought out his 12-string acoustic guitar and gave it to Wendell to have him perform an original song. According to Wendell, “I had never played a 12-string before, and I can’t remember what song I tried to play for him. I was nervous as I could be. I mean, here I was with this guy that I’ve been listening to since I was about 12 years old! He was so gracious. He sat and listened and then he played me a bunch of songs that he hadn’t released yet.”

On the strength of the airplay of Wendell’s first single, “Hey Hey Mama,” he was again booked to open for Cash, who was on tour in support of Johnny Cash at Folsom Prison, that ultimately helped Cash reach the peak of his stardom.

From time to time, Cash would perform at SPAC, Proctors, the Starlite Music Theatre and other venues throughout Greater Nippertown, and every time, Wendell came to the shows to spend quality time with his friend, sometimes bringing along his sons, John and Sean with him. Despite his commercial success, Cash remained humble and made sure that Wendell felt like one of the gang.

Throughout his 55 years as a professional musician, Wendell met plenty of famous stars, including Willie Nelson, Carl Perkins, Waylon Jennings, Kris Kristofferson, Arlo Guthrie, the Carter Family, the Statler Brothers, Marty Stuart and others. 1996 marked the last year that Cash toured New York State, and Wendell recalled that Cash’s performances drew a diverse crowd. He had a special ability to connect with people – young, old, hippies, people of all races and backgrounds who were in tune with his musical style and the way he was able to tell a musical story.

Wendell is looking forward to Sunday’s show at Caffé Lena as he celebrates the man and his music that he still loves so. The friendship that Wendell had with Cash for many years was very special, and he is honored to be able to celebrate that friendship with a birthday performance.

Wendell also pays homage to his friend with the release of his new album, Rock & Roll Days: A Celebration of Sun Records. Wendell’s song, Teardrops of Gold, was inspired by a dream that Cash came to one of his concerts and suggested that title for a song for him to write and record. The album will also feature a recording of a 1968 conversation between Cash and Wendell. The album will be released on Sunday as part of the Caffé Lena performance.

WHAT: Marty Wendell and the Bluebillies Celebrate Johnny Cash
WHERE: Caffé Lena, Saratoga Springs
WHEN: Sunday (February 24), 7pm
HOW MUCH: $22 in advance; $24 at the door 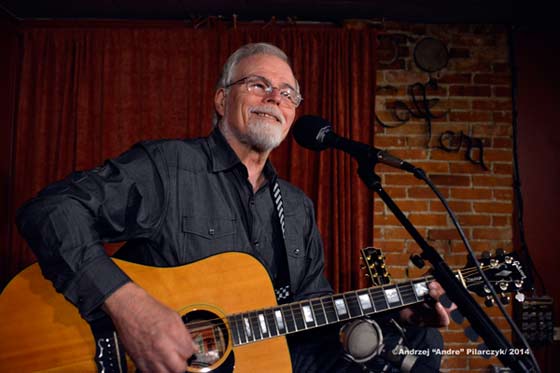 Nominations for the Inaugural Eddies Music Awards Are Announced