FEST: The Back Porch Festival in Northampton 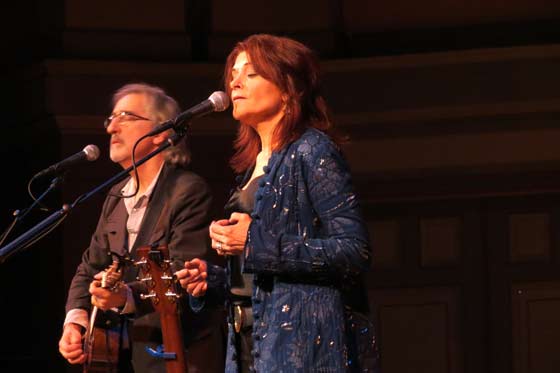 The Back Porch Festival takes over the stage at the Academy of Music and other venues in Greater Northampton for three nights of A-list roots/Americana music.

FRIDAY, 6pm
Back Porch Festival: Family Night
Academy of Music, Northampton
$10
The Songs of Johnny Cash, Loretta Lynn, Willie Nelson and Dolly Parton sung by Little Roots, Liam Hurley, In the Nick of Time and more of your favorite kids music performers. A fundraiser for the Northampton Parents Center.

SUNDAY, 9am
Back Porch Radio Live
The Parlor Room, Northampton
FREE
Back Porch Radio host Jim Olsen has been on the airwaves of WRSI since 1984, serving as the station’s program and music director from 1985-1996.

SUNDAY, 3pm
Back Porch Parlor Session
The Parlor Room, Northampton
$20 in advance; $25 at the door
Featuring The Jacob Jolliff Band. With special guests.

SUNDAY, 7pm
Back Porch Festival: Rosanne Cash with John Leventhal
Academy of Music, Northampton
$39.99-$49.99
The Grammy Award winning singer-songwriter and second general music icon wraps up the three-day festival with a concert in support of her sublime new album, She Remembers Everything. With Mark Erelli.