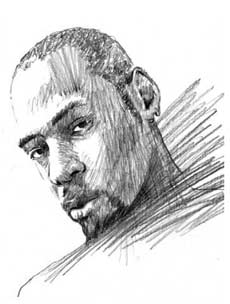 MUSIC: Joshua Redman Quartet @ The Egg, Albany. One of the most esteemed and charismatic artists of our time, the ceaselessly innovative saxophonist Joshua Redman performs with his quartet – Aaron Goldberg (piano), Reuben Rogers (bass) and Gregory Hutchinson (drums) in celebration of their new album Come What May due for release today. 8pm. $36.

MUSIC: The Levin Brothers @ the Van Dyck, Schenectady. These two brothers, based in Woodstock area, have enormously successful careers – Pete as keyboard player working with jazz greats like Gil Evans, Jaco Pastorius, Lenny White, John Scofield, and countless others, while Tony made his mark with Peter Gabriel, King Crimson, and with his own band, the Stick Men. 8pm. $18.

MUSIC: decker. @ Caffe Lena, Saratoga Springs. Singer-songwriter Brandon Decker has evolved from his indie-folk roots, expanding his artistry through psychedelic soundscapes and an increasingly wise lyricism on his new album, Born to Wake Up. With the Oshima Brothers. 8pm. $22.

Bennington Museum Announces Their Summer Concerts in the Courtyard Line-up

Bennington Museum Announces Their Summer Concerts in the…