On this date in 1969: Led Zeppelin rocks Schenectady! 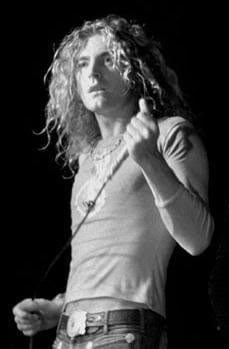 Plant didn’t invent rock & roll superstardom, but he seemed to perfect it during his glory days with Led Zeppelin. We think of him as the golden, globe-trotting god, so it might come as something of a shock to realize that 40 years ago, Robert Plant didn’t celebrate his 21st birthday in some swinging hot spot like London or Los Angeles or some exotic castle in Kashmir.

No, back in 1969 Plant celebrated his 21st birthday in … Schenectady.

Back then the Aerodrome was the biggest and hippest rock & roll venue in the Capital Region, and it just so happened that Led Zeppelin played at the Aerodrome on Plant’s birthday.

Fred Baye, who was the assistant manager of the Aerodrome, remembers it this way:

“One of the hallmarks for me has been that I am the only one in the world who can say that I threw Robert Plant his 21st birthday party at the Aerodrome on August 20, 1969 with a unique array of party perks and attendees including Jeff Beck, Ron Wood, Rod Stewart, Jimmy Page and several other giants in the music world – just a week after the Woodstock festival.

“I bumped into Robert Plant in Philadelphia in 1992 and asked if he remembered that party. To my surprise, he spoke about specifics that surprised me. He said it was one of the highlights of his life.” 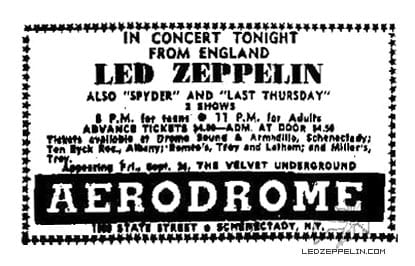 Editor’s note: This article was originally published on Nippertown on 8/20/2009. Minor updates were made to make it current.

Thank You for Your Service – A Veteran’s Lament

Thank You for Your Service – A Veteran’s Lament