The last time I saw the Flaming Lips perform live (before last night’s show at the Palace Theatre) was 34 years ago at the QE2.  They were an entirely different band – literally, in almost every sense of the word.  The only person who was onstage both times was frontman and leader Wayne Coyne.  The small club in 1987 did not afford any elaborate stage show (nor did the band’s budget).  Their off-center sensibilities were already in place (with only two albums to their credit), but there were obviously no swirling orchestral flourishes, nor a ton of electronically altered vocals coming from the (then) trio.  Just a spacey, noisy, “alternative” band from Oklahoma.  But man, did they kill – “Jesus Shootin’ Heroin” stayed on my mixtapes for a loooong time.

So why didn’t I bother to see them again for three and a half decades?  Part of it was happenstance, to be sure.  Life has a way of getting in the way, and things don’t always line up.  But if I’m honest, what the Flaming Lips eventually evolved into started to make me a little uncomfortable from a live performance perspective.  Sure, (on record) The Soft Bulletin and Yoshimi are stone cold classics, and there are very few clinkers in their entire catalog.  But a lot of their songs you really have to be actively listening to in order to appreciate.  Have them on in the background, when you’re in the wrong mood, and (dare I say it) they can be boring.  So how would that translate live?  Is that why they have all the theatrics, all the confetti, the bubbles, the robots?  To cover an otherwise boring show?  That was my fear heading into last night.

I’m happy to say the answer to that is a definitive “no”.  After a bit of pre-show teasing of the audience with a spotlight, Coyne and the band took the stage to “My Cosmic Autumn Rebellion”.  Coyne was already ensconced in his clear “bubble”, where he would stay for much of the night.  While it clearly took on new meaning during Covid, it’s pretty clear he sees an artistic value in it beyond that angle.  Him being in a bubble just meshes perfectly with the rest of the absurdities. The pink robots, the ridiculous song titles, his impossibly mad-scientist hair.  It just all works together.  Somehow.

The slow buildup of the opening song led directly into a three song wallop.  “Do You Realize?” leveraged harmonies that popped in a slightly different way than the album version.  “Assassins of Youth” from their latest album was even better, aggressively reminding us that their new stuff is always worth it.  There are no “bathroom songs” with the Flaming Lips.  This was followed by the epic and absurd “Yoshimi Battles the Pink Robots, Pt. 1”, where the only thing bigger than the actual inflatable robot rocking back and forth ominously on the stage was the crystal clean acoustic guitar work that accompanied it.

Coyne is obviously the heart and soul of the band.  But the others are by no means invisible.  Steve Drozd has been with the band for 30 years, starting out as their drummer, but now serving as the primary guitarist.  His playing is always exactly where it needs to be – understated at times, soaring at others.  This is a band who’s material does not lend itself to a run-of-the-mill guitarist.  Versatility is a must-have, and Drozd demonstrated that in spades throughout the night.  Also making themselves felt in the best possible way were the green-coiffed drumming duo known as “The Brothers Griiin”, Matt Duckworth and Nic Ley.  If you thought the advantage of having two drummers was limited to southern rock bands, jam bands, and Slipknot, you were in for a surprise.  Tight, full-sounding, and visually exciting – they provided a visceral punch to every number.

A mid-set highlight was the unexpected “You Have to Be Joking (Autopsy of the Devil’s Brain)”, which is apparently the first live performance of this song since 2013 (if the internet is to be believed).  This immediately preceded their biggest “hit”, 1993’s “She Don’t Use Jelly”.  I’ve never been overly impressed with this song, and last night’s version did nothing to improve my opinion.  It was also one of only two songs that Coyne also seemed tired of.

Also worth calling out was the absolutely beautiful “Will You Return / When You Come Down” (also from the most recent release), in which Micah Nelson (of Particle Kid) performed the same vocal and guitar parts that he did on the album.  The vocals were just stellar – a true high point.

Ending the set was “Feeling Yourself Disintegrate”.  A nice enough song, I’ve always thought, but never particularly rated it above others, even on the same (admittedly superb) album.  Until last night.  Coyne and the band, but most especially Drozd, delivered an absolutely devastating version to close the set.  The tension and the excitement just kept climbing, and when you thought it couldn’t possibly peak any higher, it simply did.  All on the strength of Drozd’s fingers.  An epic, mind-blowing closer, and a true showcase for Drozd.  Wow.

If I have one minor quip with the show, it might be the three song encore.  I don’t know if it’s possible to top the regular set closer, but this fell a bit short.  Opener “Worm Mountain” started things out well enough (including a “worm ball” bouncing around the crowd), but it didn’t build from there.  “All We Have Is Now” was a somewhat listless choice that took a little of the air out of the room, and a solid-but-not-spectacular “Race for the Prize” couldn’t fully resuscitate it either.  I genuinely believe the encore suffered a little from trying to follow the ridiculous high of “Disintegrate”.

Opener Particle Kid (Micah Nelson, youngest son of Willie) was a pleasant surprise.  When I last saw him at the Outlaw Festival, he was an artist with ideas, but without a clear ability to realize them.  That has changed.  Starting off slow (and on keys), he quickly switched over to guitar and began to build his songs one upon another, culminating in an impressive two song finale of “Everything is Bullshit” and “American Life”.  These are very good songs, presented in a visually exciting style.  Nelson knows how to play and how to command a stage – I expect his career trajectory to continue to ascend fairly rapidly. 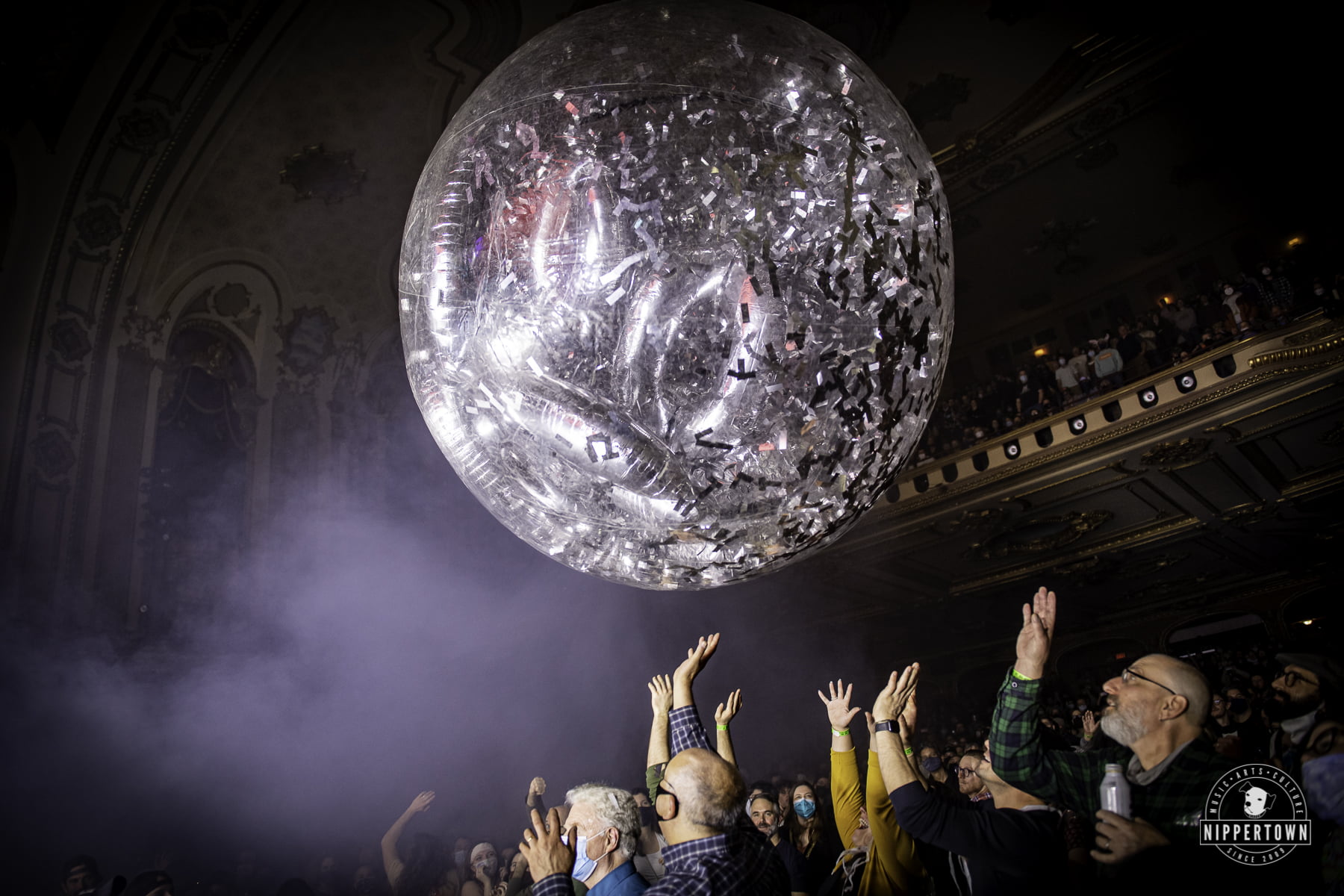 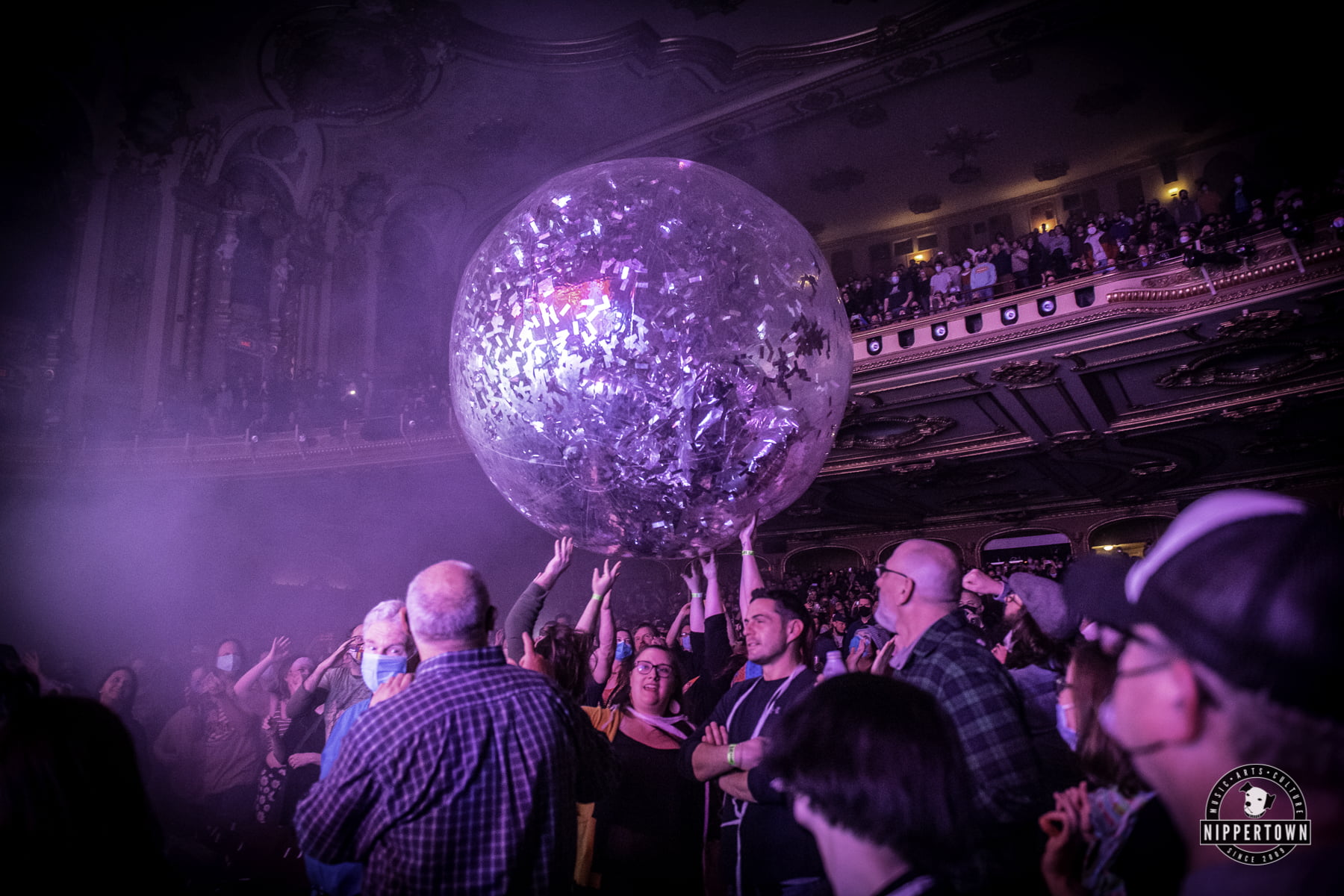 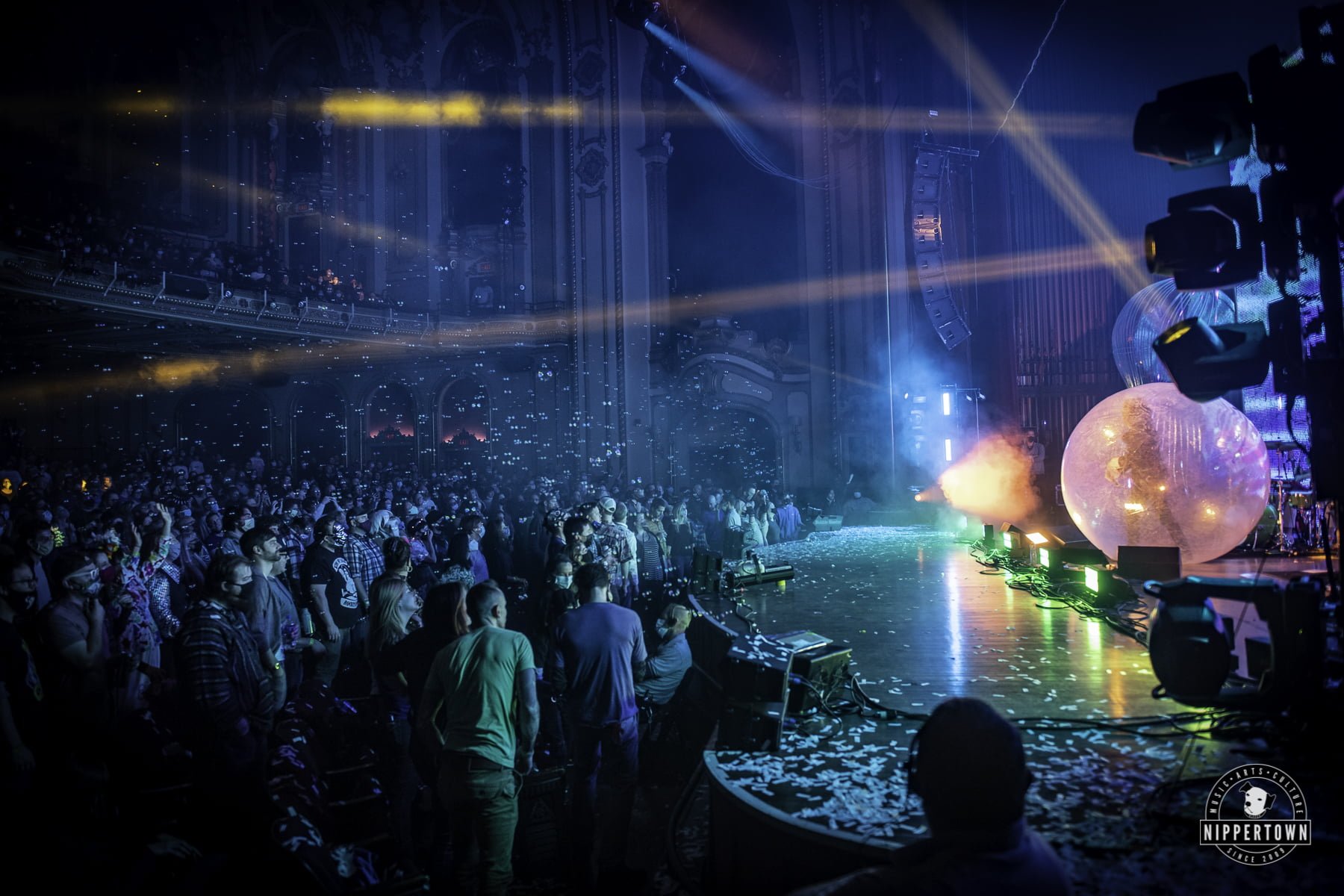 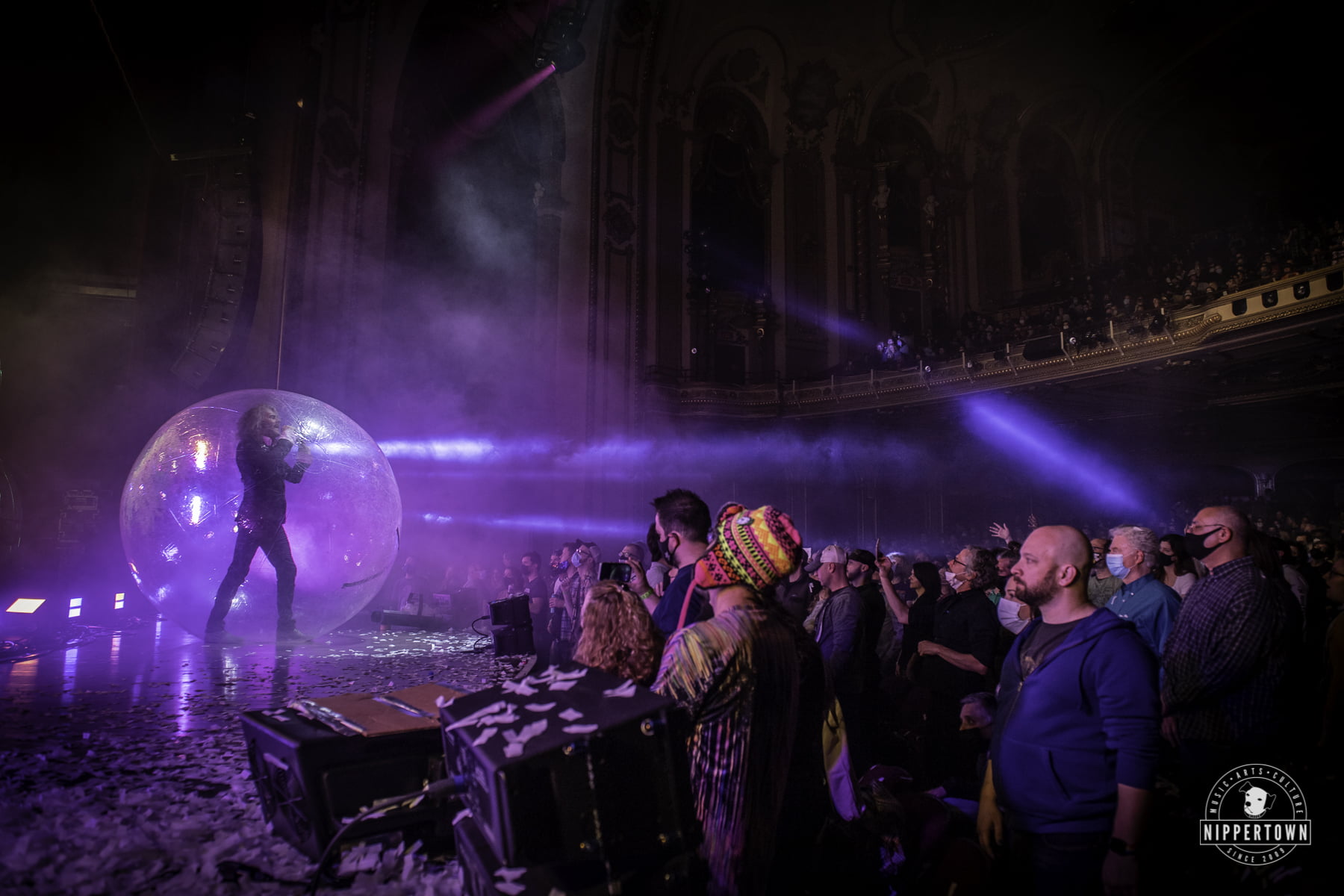 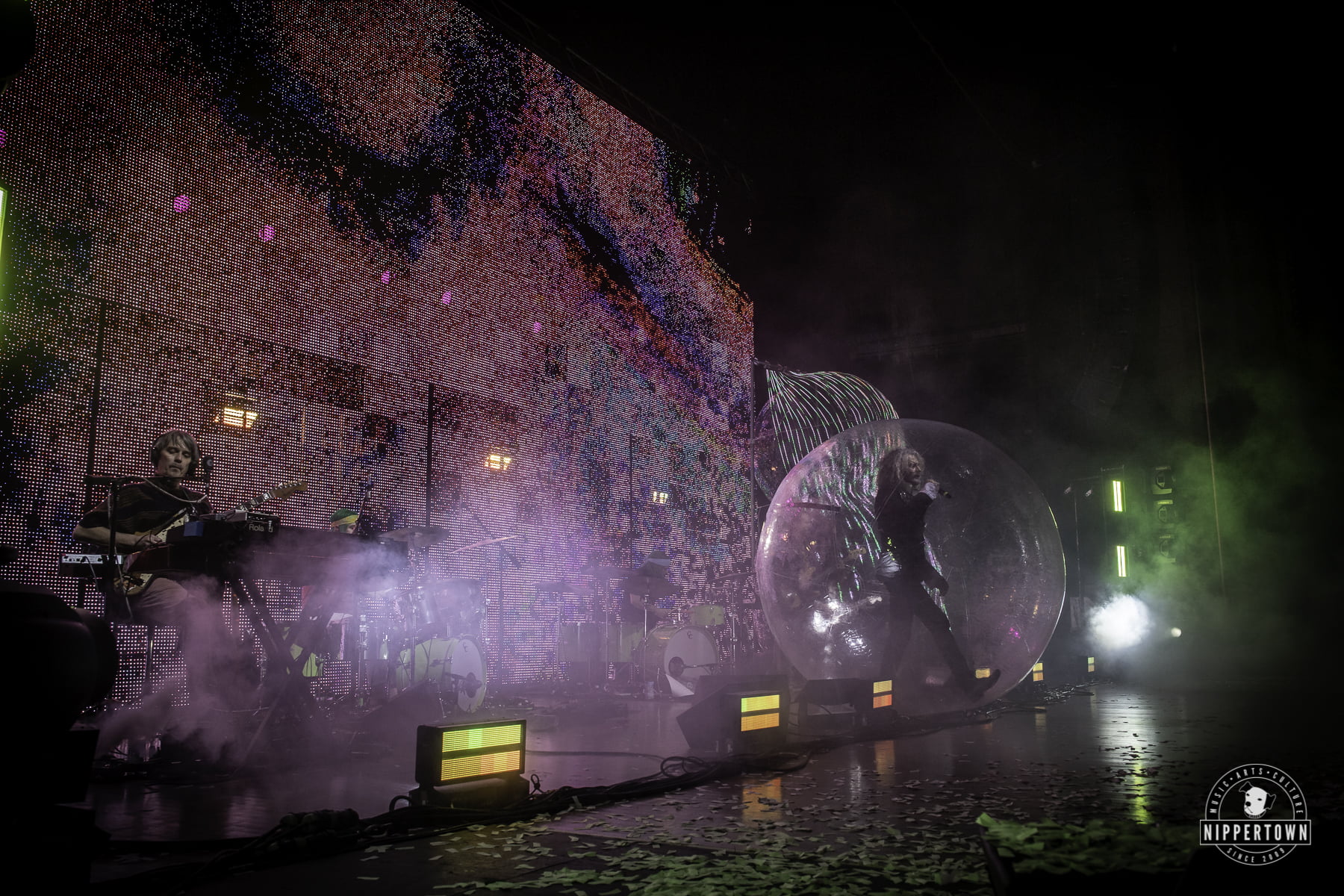 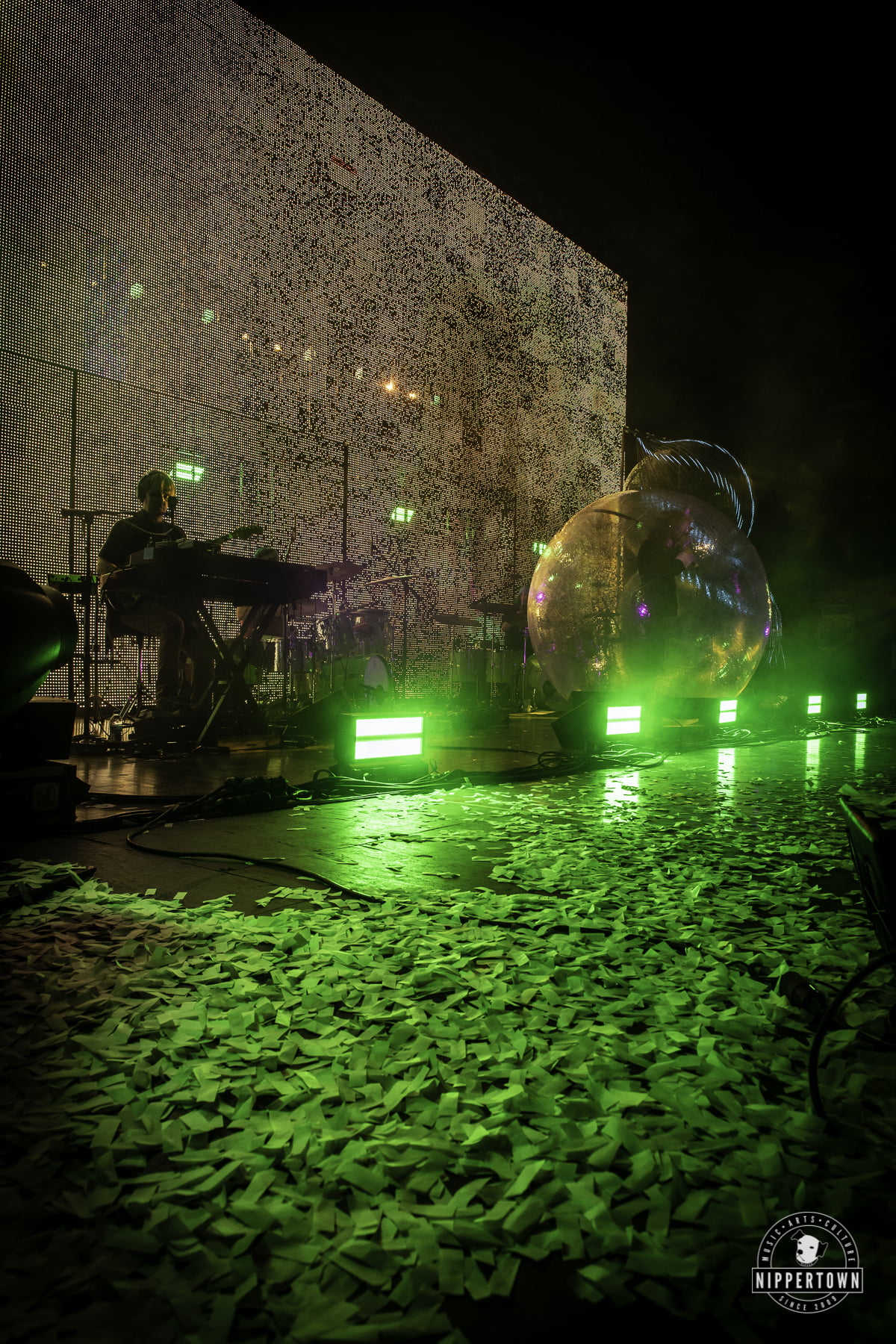 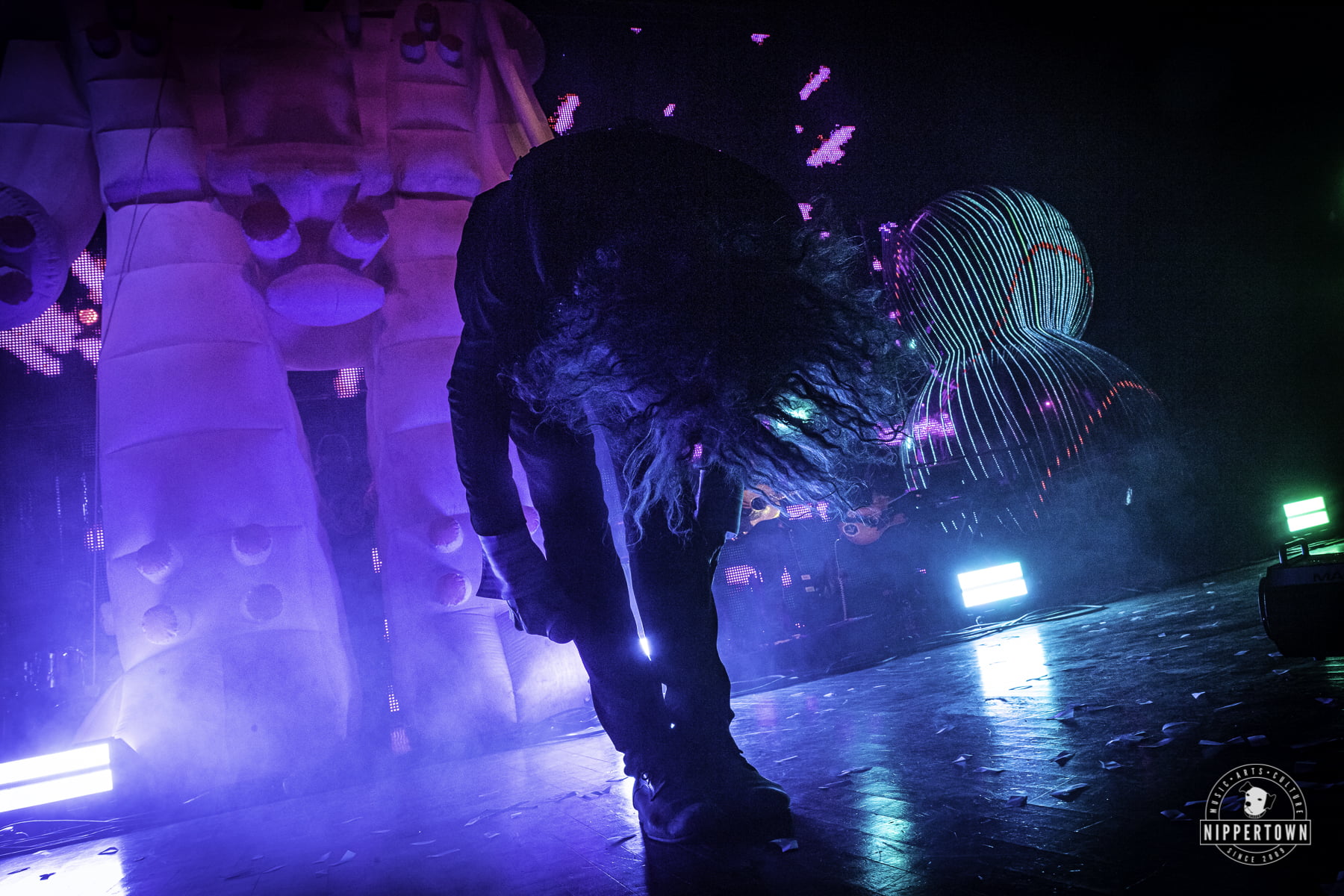 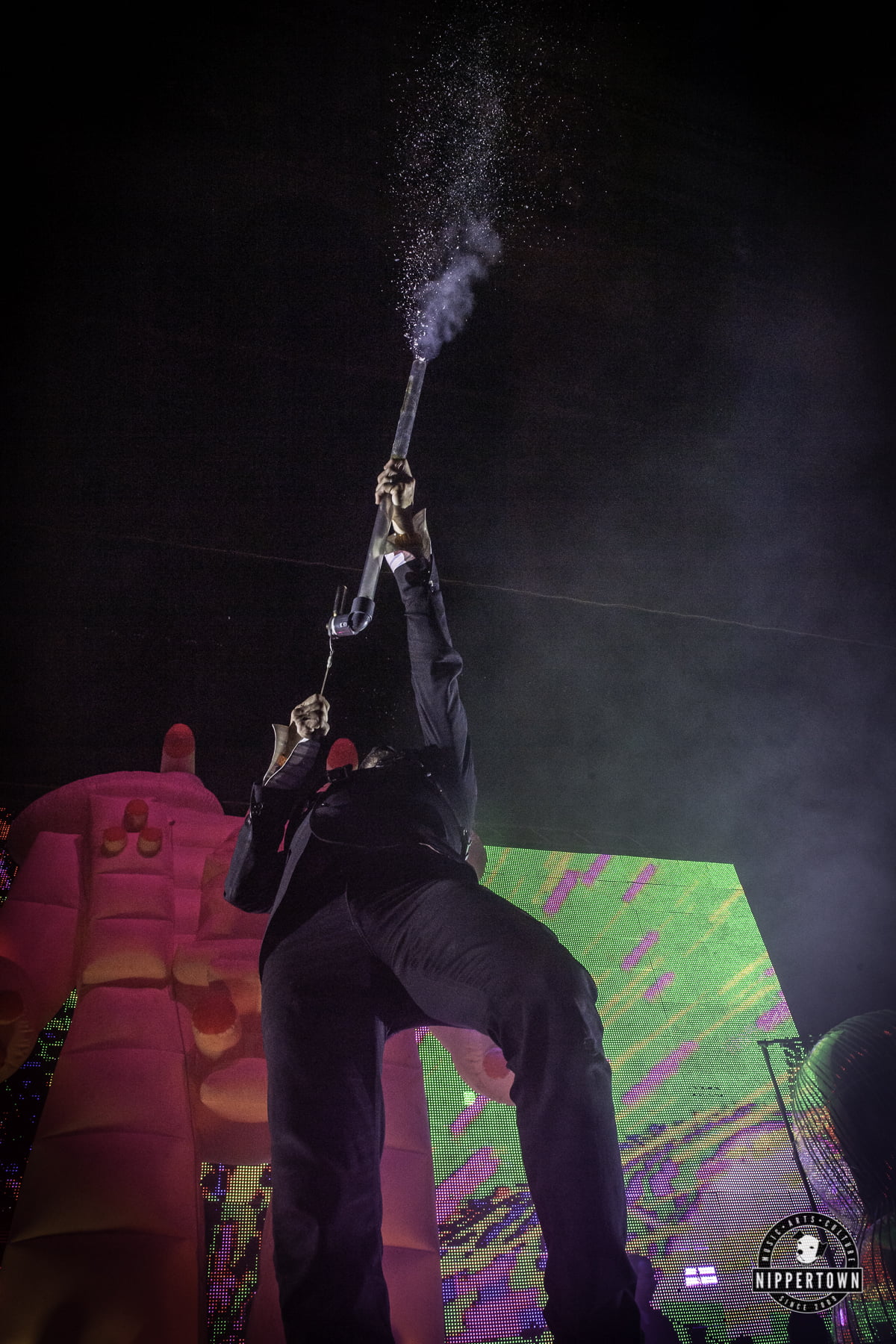 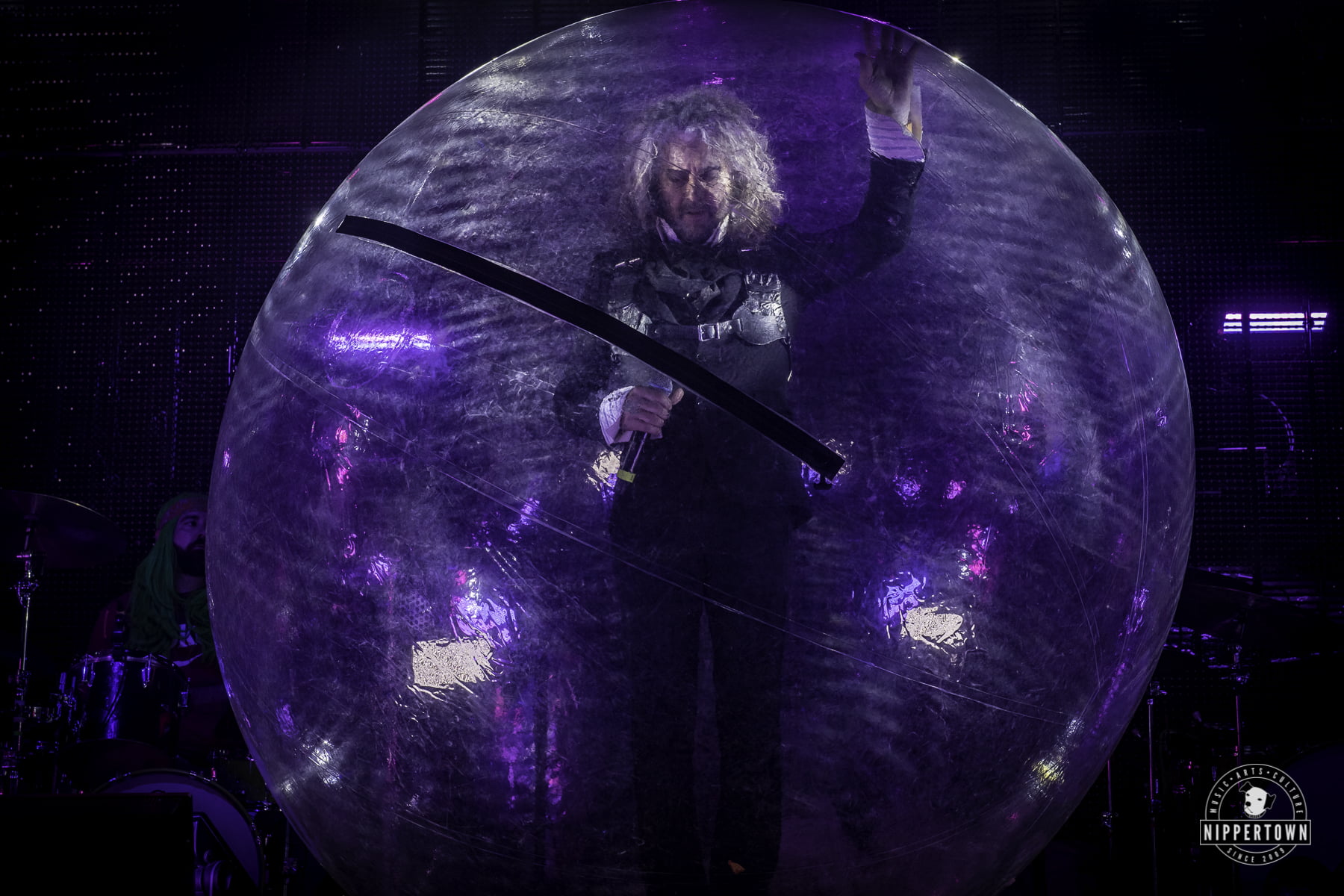 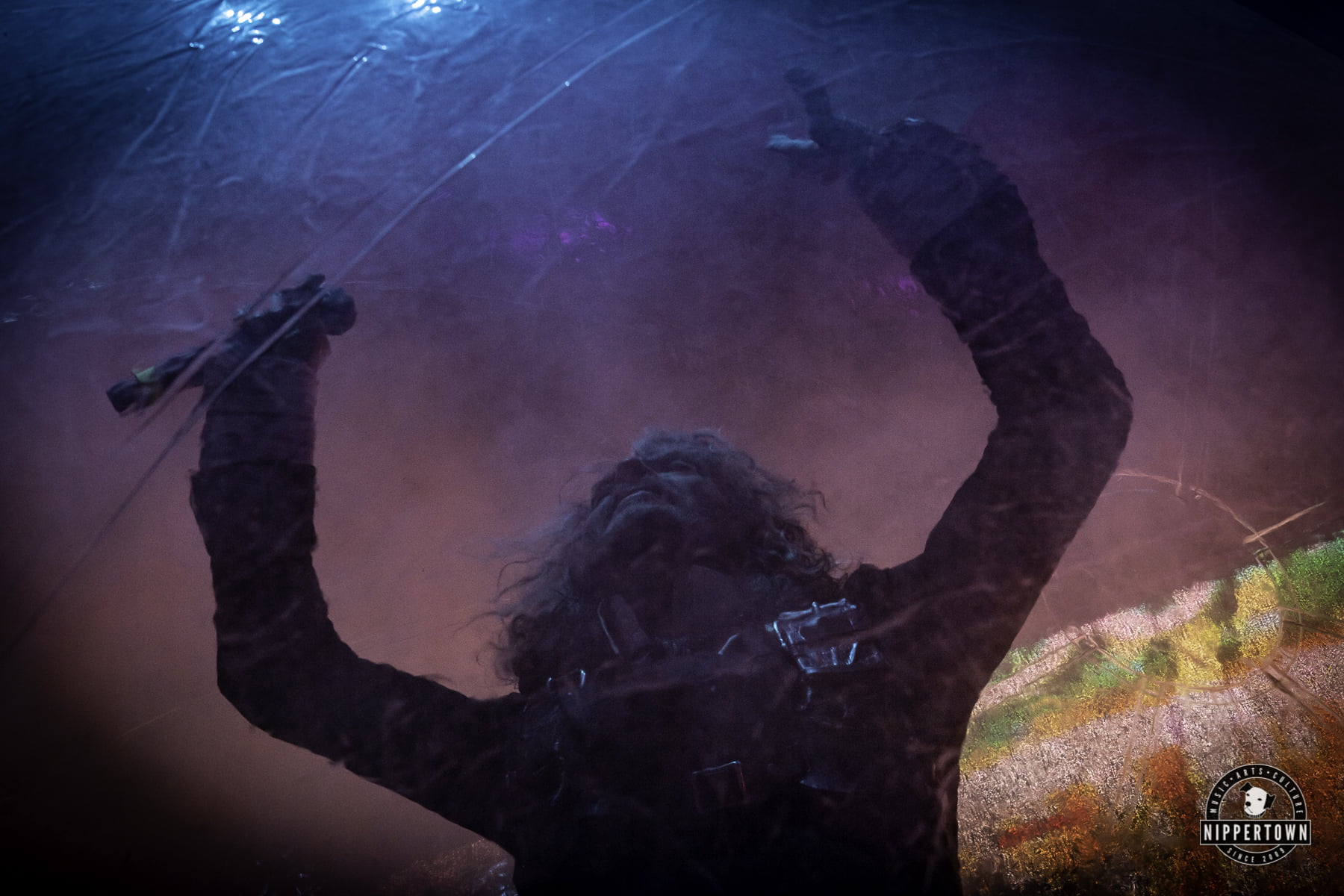 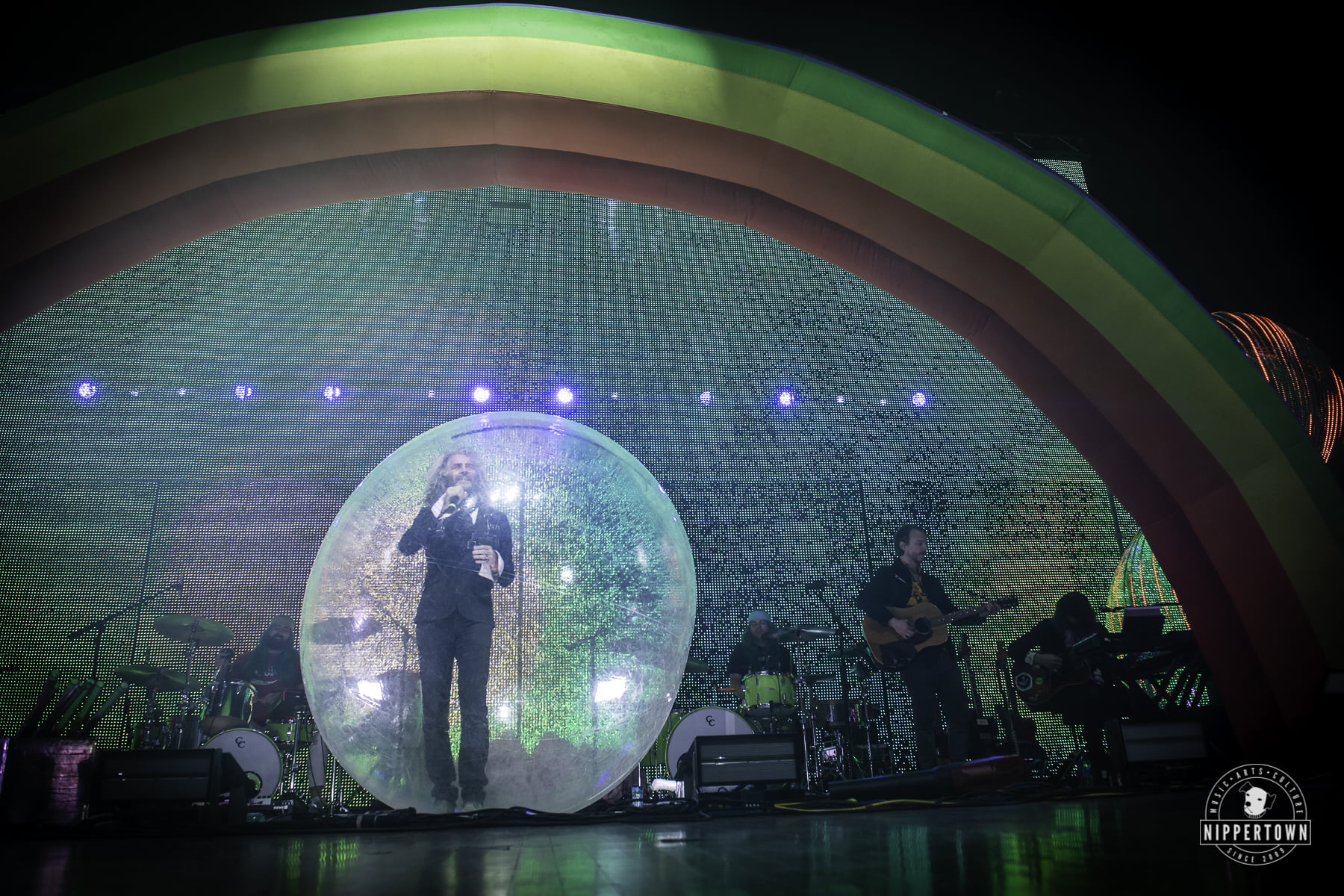 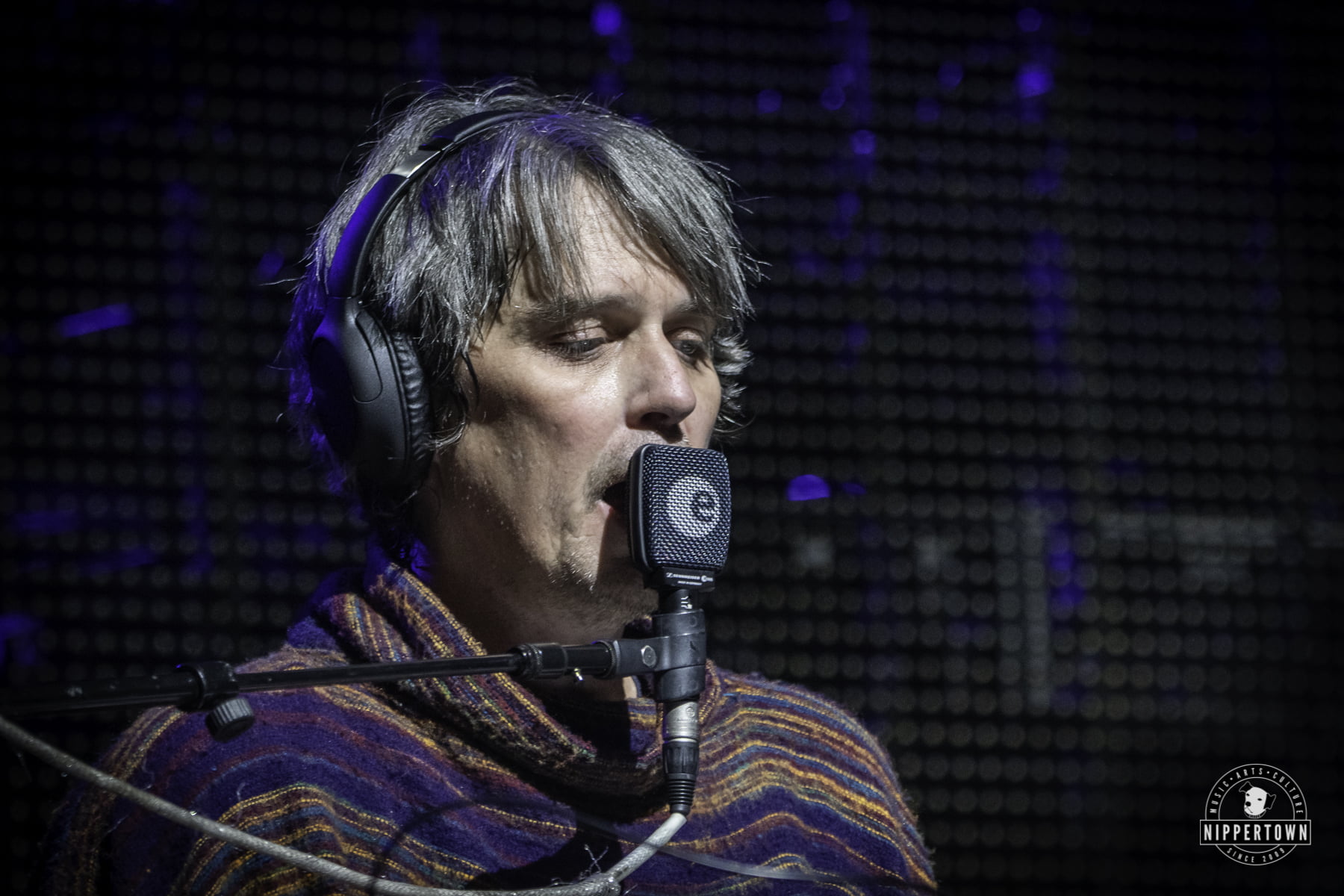 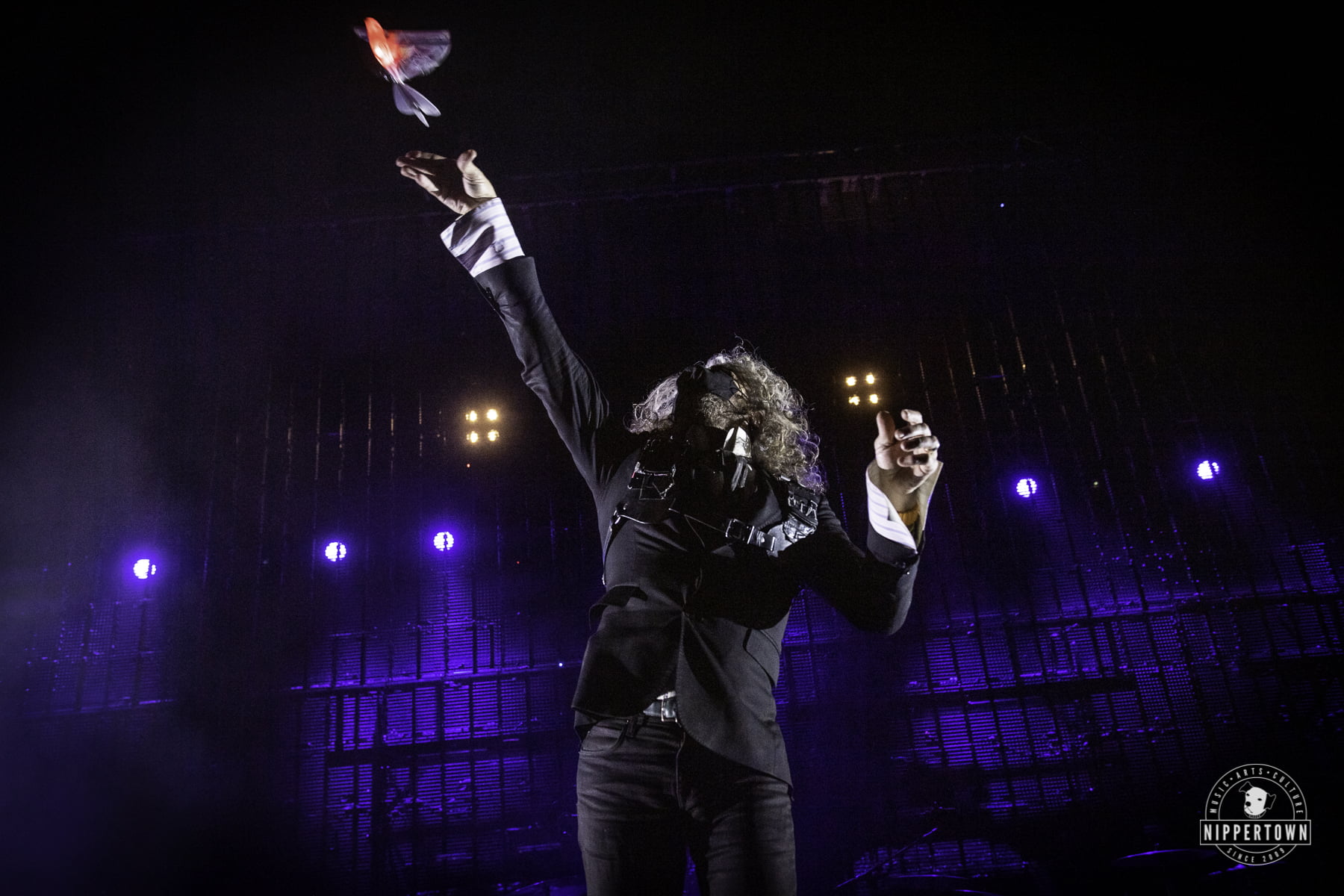 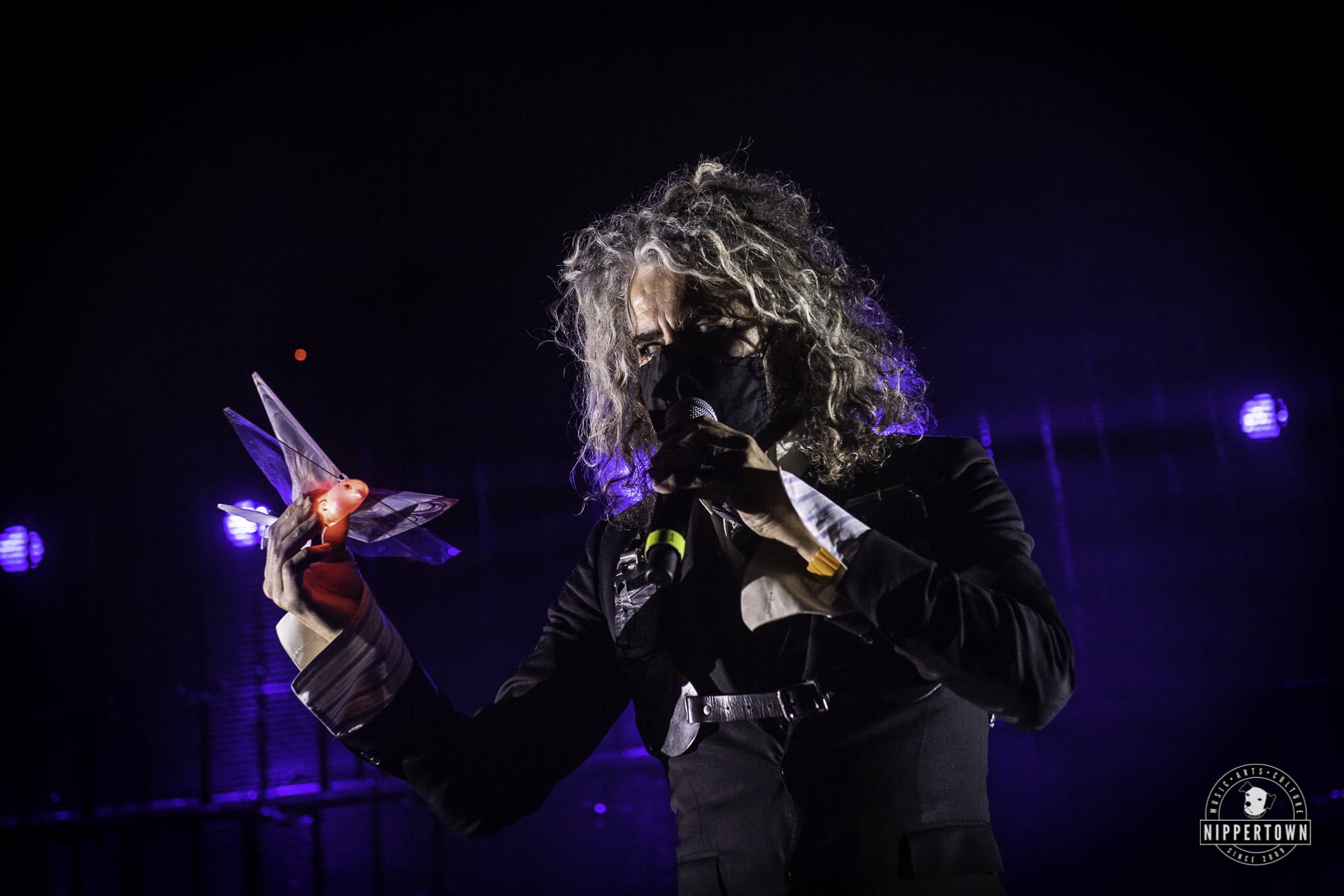 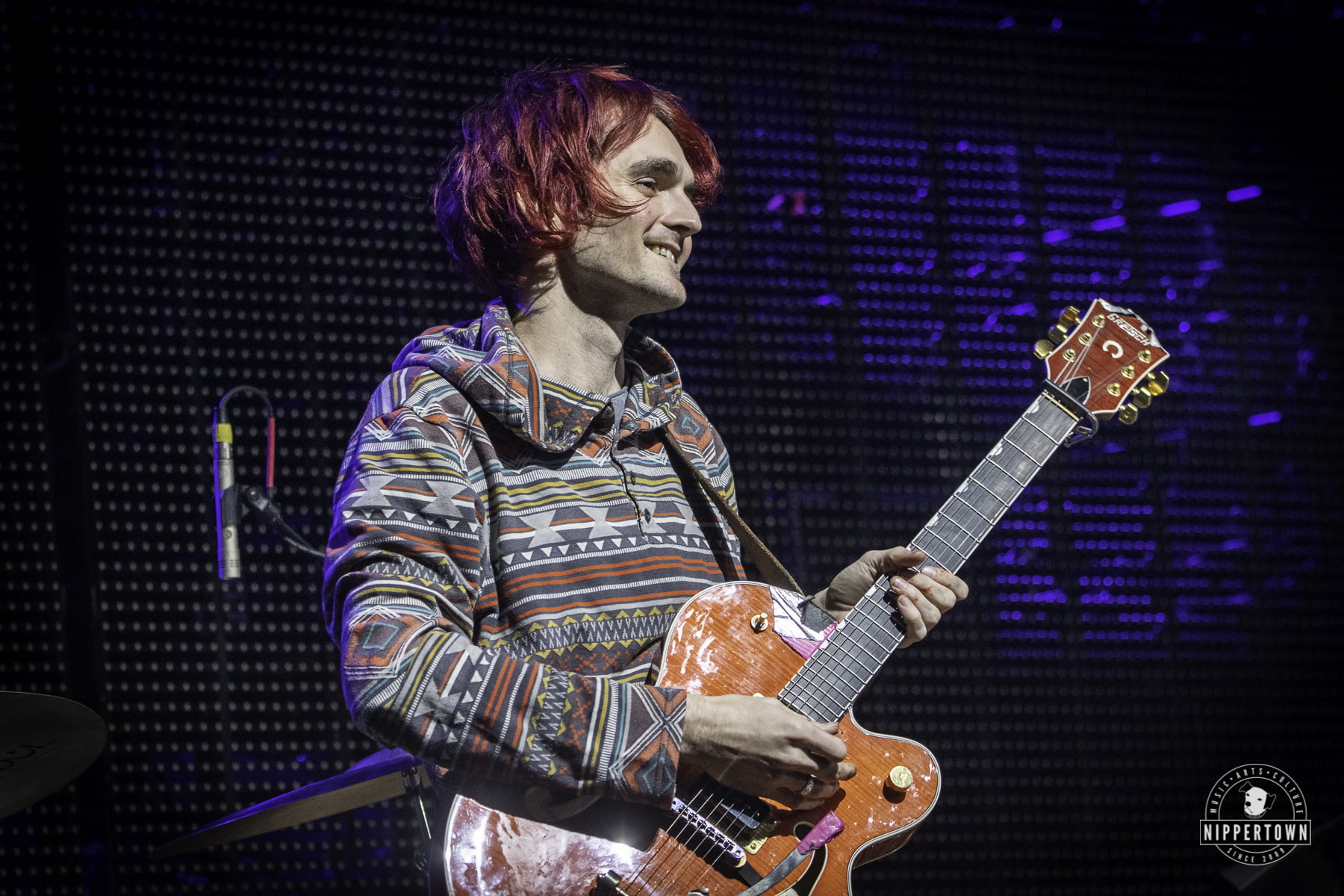 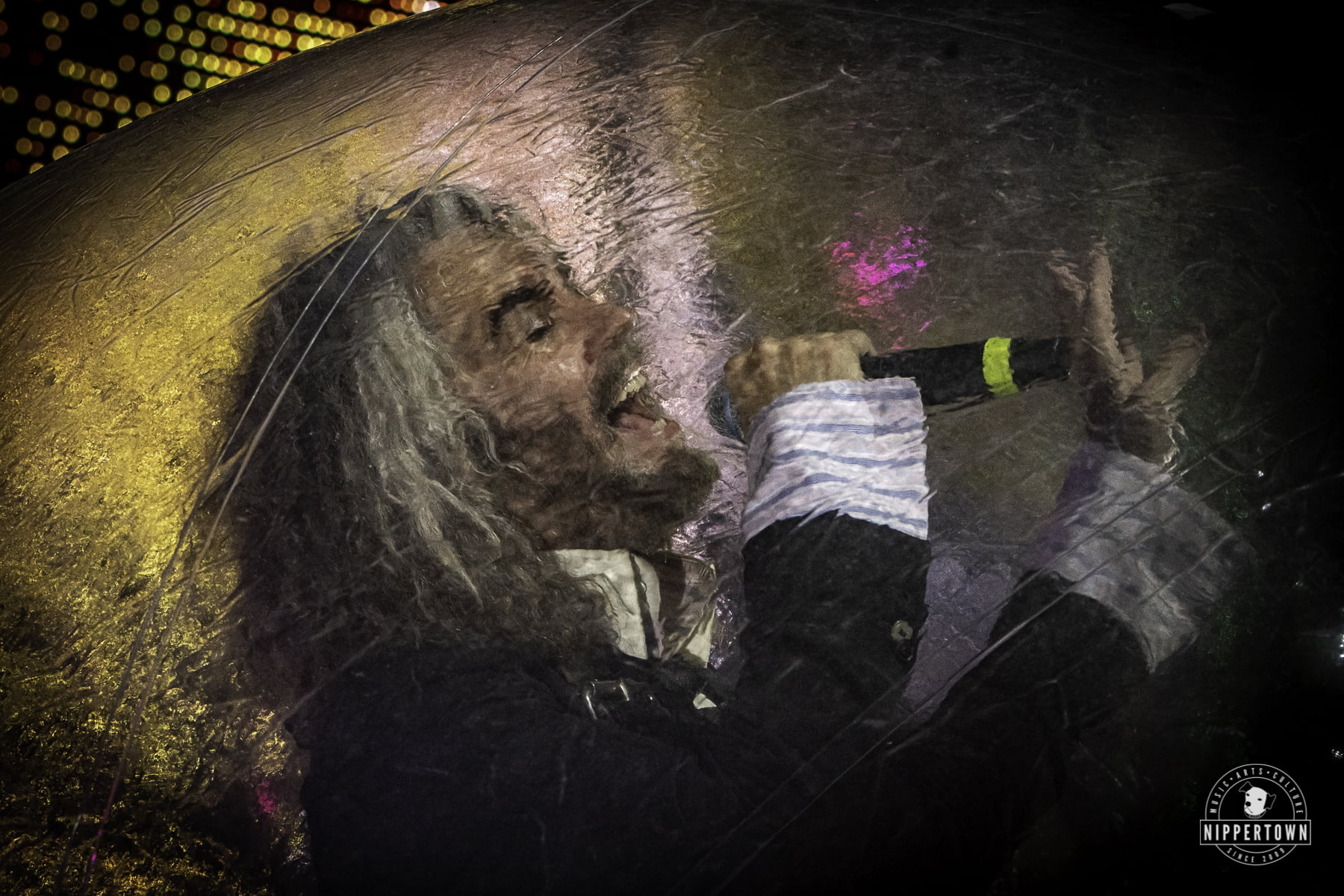 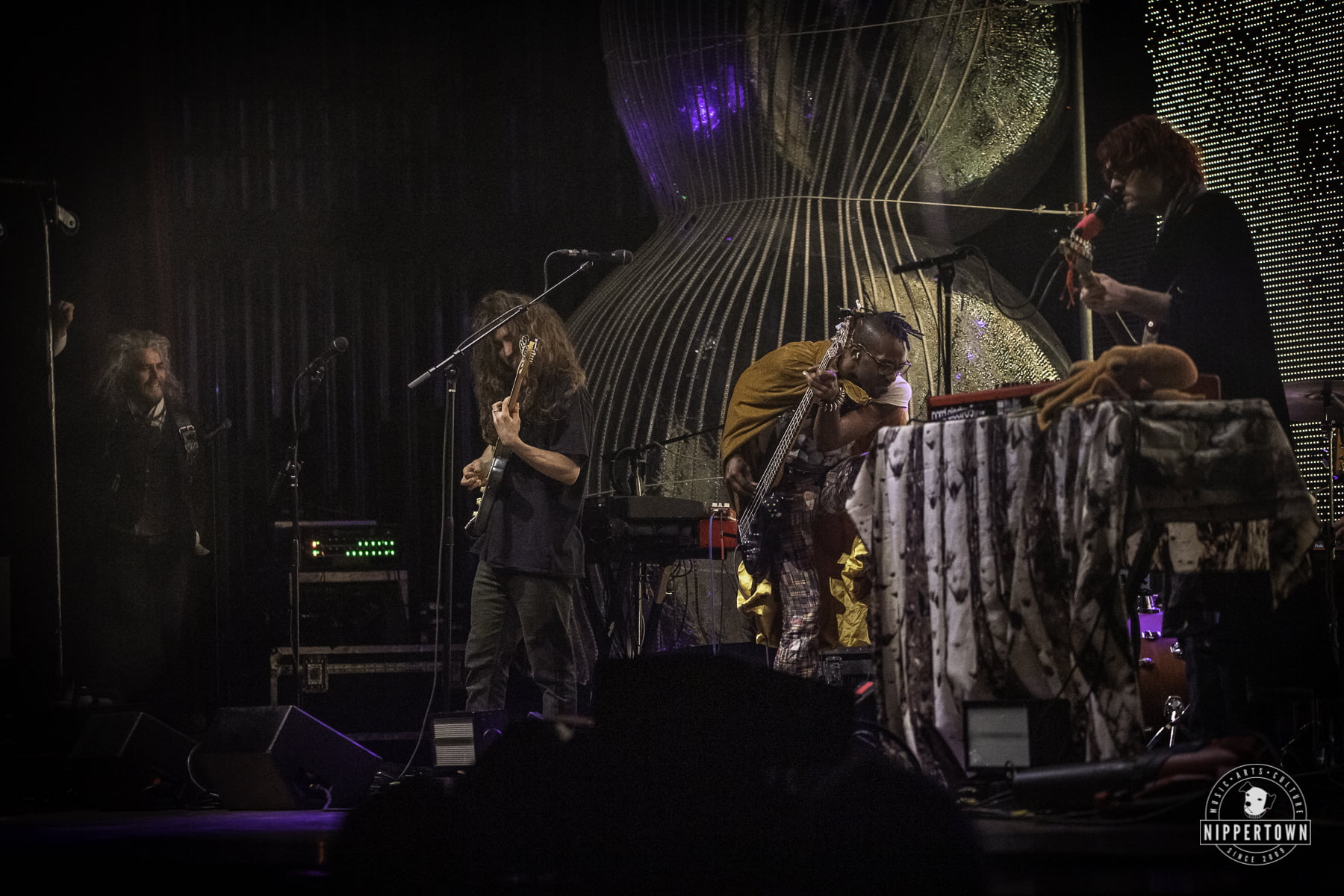 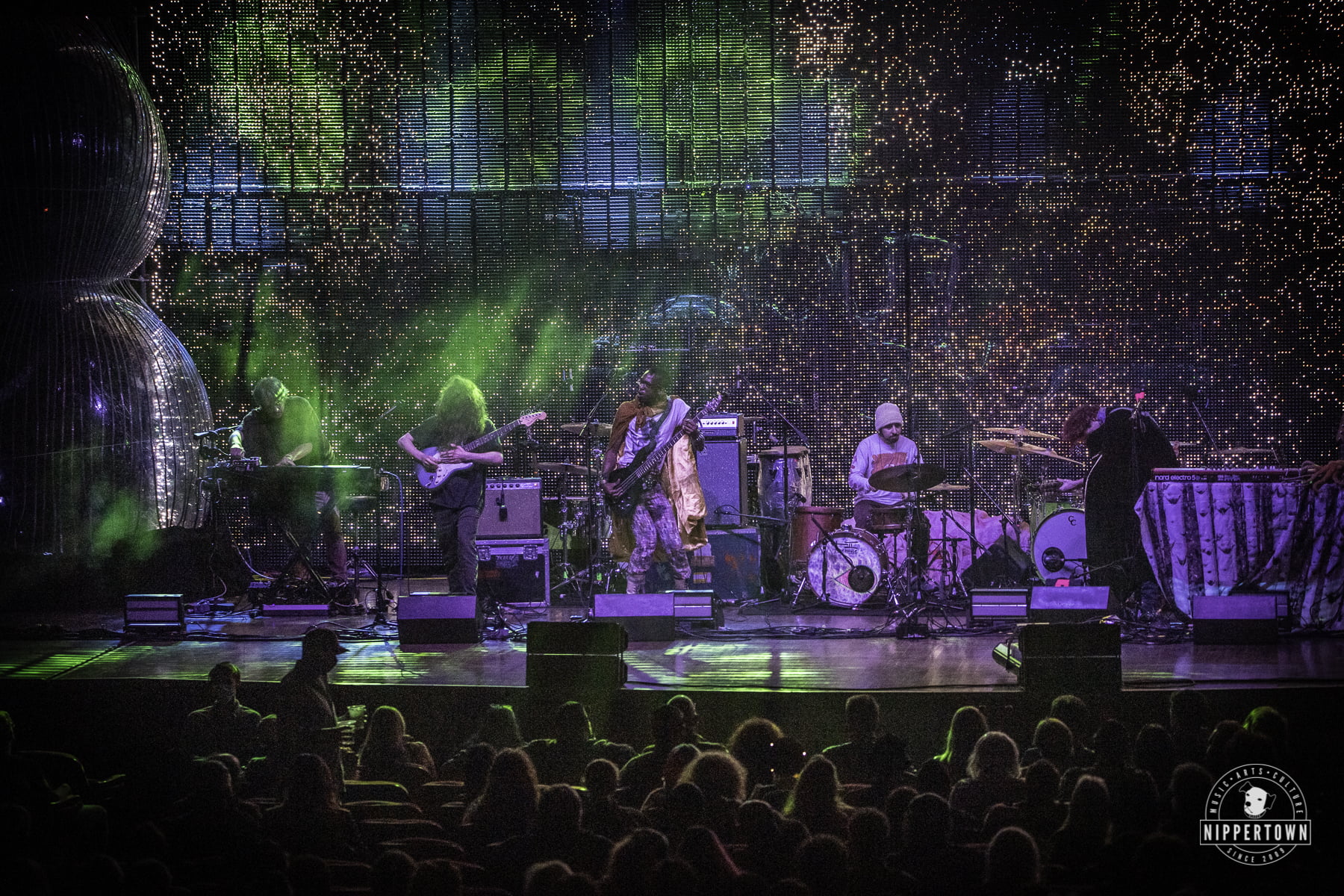 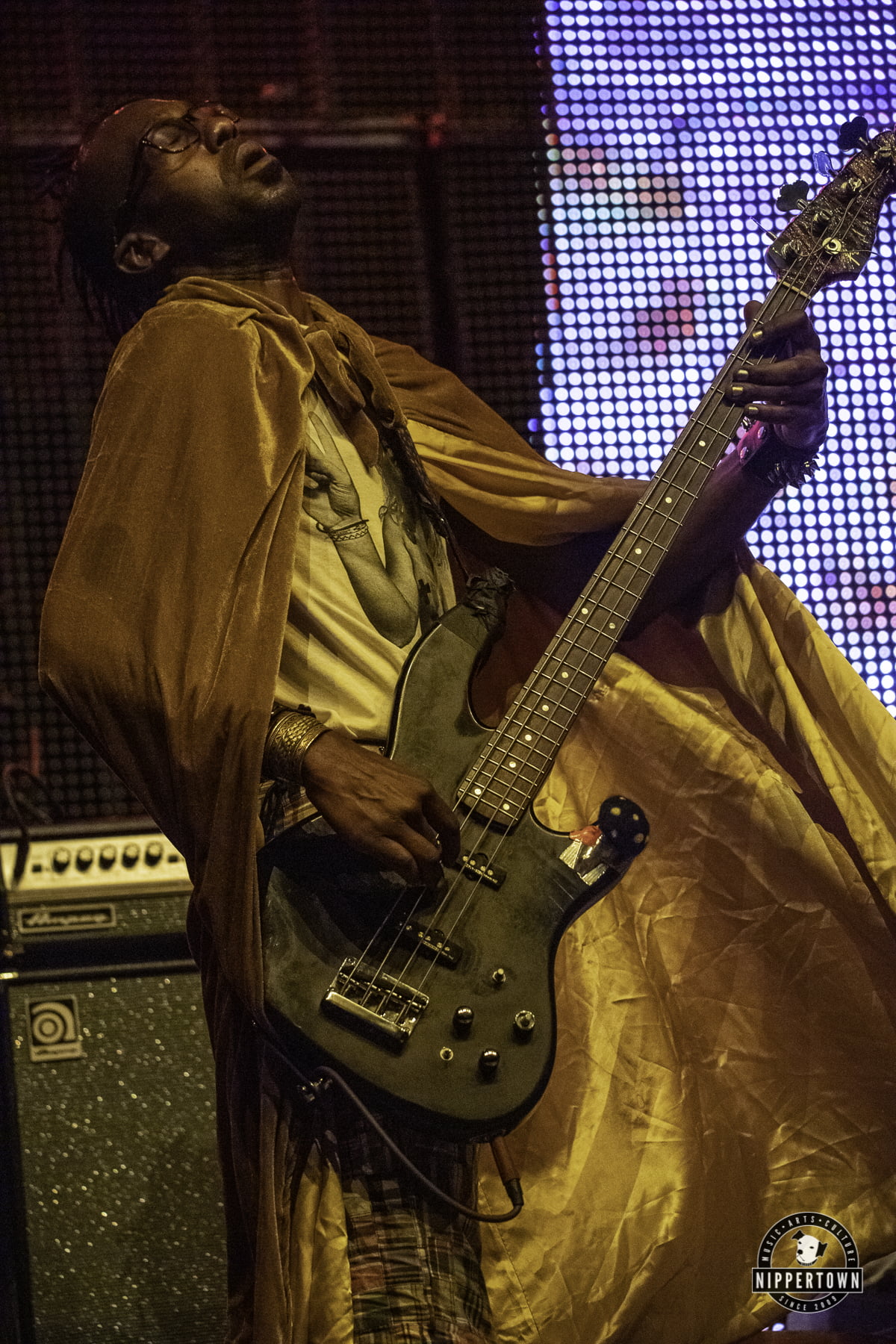 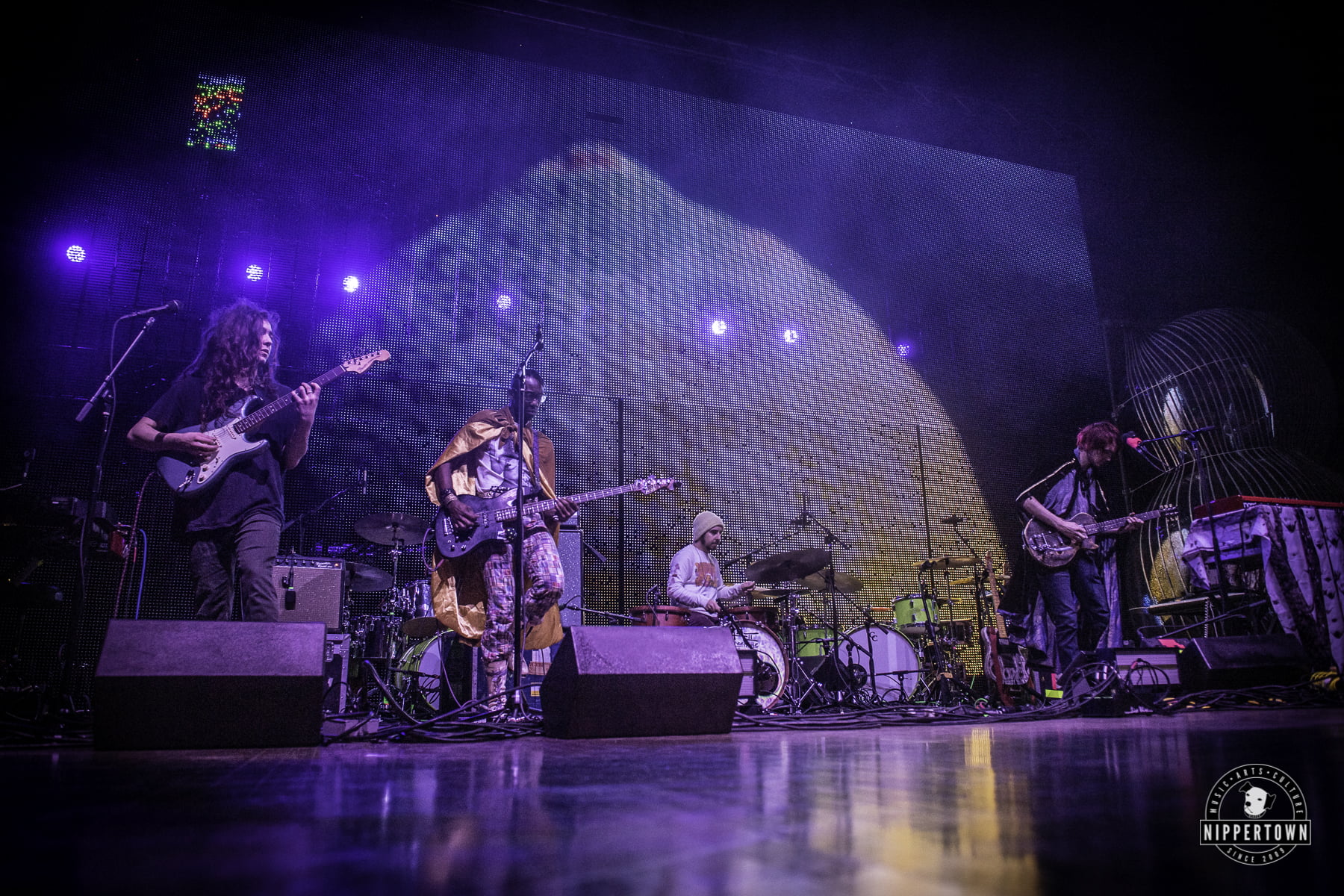 Interview: Sam Evian to play The Hangar on the Hudson in Troy on Nov 20th