You have to hand it to Yacht Rock Revue. They know their schtick. That schtick was created in 2008, when members of Y-O-U, an Atlanta-based indie band going nowhere slow, decided to mix it up for their next club date. They put together a setlist of ’70s and ’80s soft rock covers, “the stuff you would hear in the dentist’s office” as lead singer Nick Niespodziani put it. The band goofed around, a couple of them wearing wigs. The club owner loved it and asked them back next week. The gig sold out. And thus, Y-O-U became YRR.

Fast forward to today and Yacht Rock Revue are a thriving concern. They play large dates all over the country, sell a ton of merch from their website, including Love Boat like Captain hats, and Niespodziani and co-vocalist Peter Olson own Venkman’s, a restaurant and music venue in Atlanta. They even trademarked the term “yacht rock” for live performances, as Christopher Cross’s management found out when they wanted to name a tour just that. Nuh-uh, you’ve got to go through the YRR boys or “You can’t go for that, no can do.”

Appearing before a small but enthusiastic audience Saturday night at Empire Live, YRR set their stall out right from the start. Opening with Joey Scarbury’s “Believe it or not (theme from the Greatest American hero)” ensured that we were in for a night of pure cheese, a veritable fondue of songs that anyone over forty has embedded in their brains. Although I prefer the George Castanza answering machine version, the song hit the sweet spot for the crowd, and instances of Elaine Benes-like dancing broke out almost immediately.

The hits kept coming. “Brandy”. “Rich Girl”. “Lowdown”. On and on. Niespodziani is a confident, if pitchy frontman, handling the dramatic stuff, while Olson takes the more laid-back numbers, like “Sister Golden Hair” and “Late in the evening”. Vocals are also shared around with bassist Greg Lee and keyboardist Mark Bencuya, not always the best decision as Bencuya struggled with Donald Fagen’s hipster cadence in their two Steely Dan efforts. Drummer Mark Cobb also tended to overplay; it would be instructive for him to go back and listen to the late Jeff Porcaro’s tight “in the pocket” groove on the original versions of many of the songs they played. But these are minor gripes that only an old muso would notice. Guitarist Mark “Monkey boy” Dannells (a dead ringer for Doug from the Liberty Mutual Emu commercials) was excellent, nonchalantly tearing off those classic Steve Lukather solos on “Africa” and “Rosanna”, whilst multi-instrumentalist Dave Freeman, resplendent in a huge white floppy beret, got the biggest cheer of the night, skipping to the front of the stage and absolutely nailing the iconic saxophone hook in “Baker Street”. The two backing vocalists, sadly not named on their website, took the lead on “What’s love got to do with it” and “Let’s hear it for the boy”, delivering the most energetic and convincing vocals of the show. Note to band: More songs for the girls.

Sure, Yacht Rock Revue are basically a glorified wedding band. But the crowd who came to have a good time and maybe relive their prom did not go away disappointed. Smiles all around. All aboard! 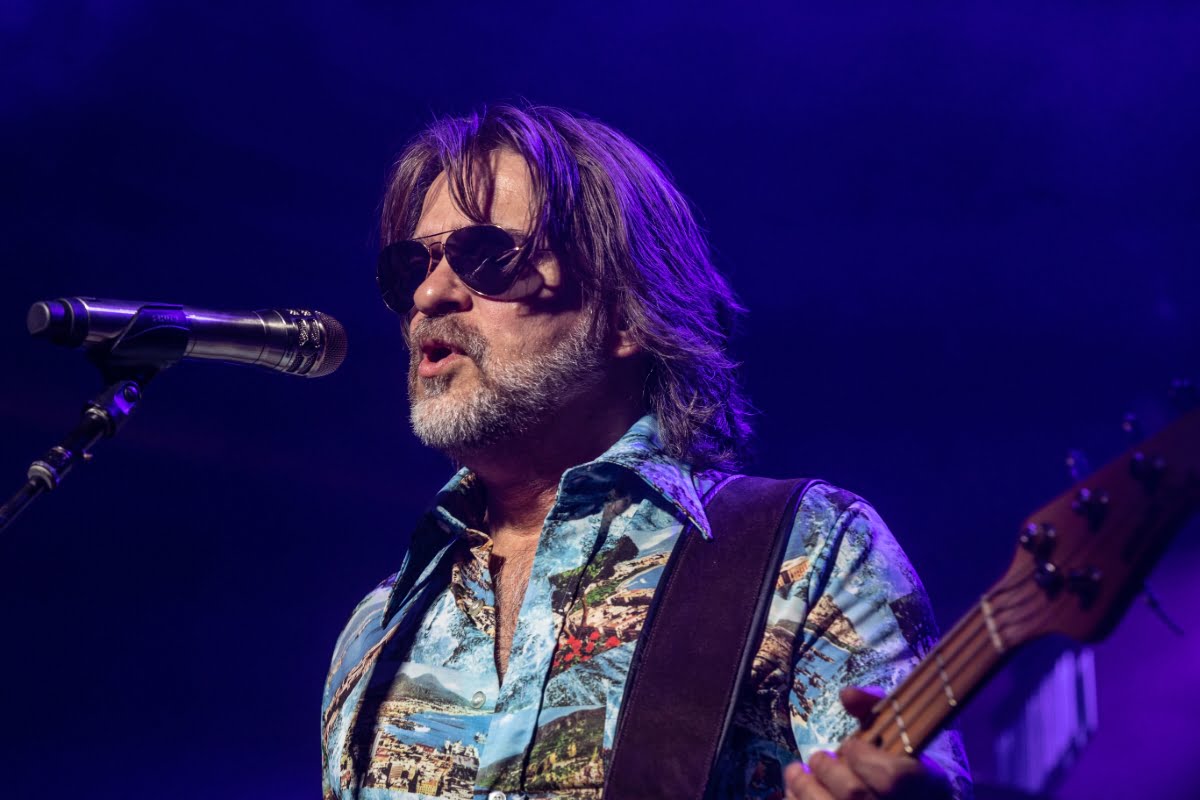 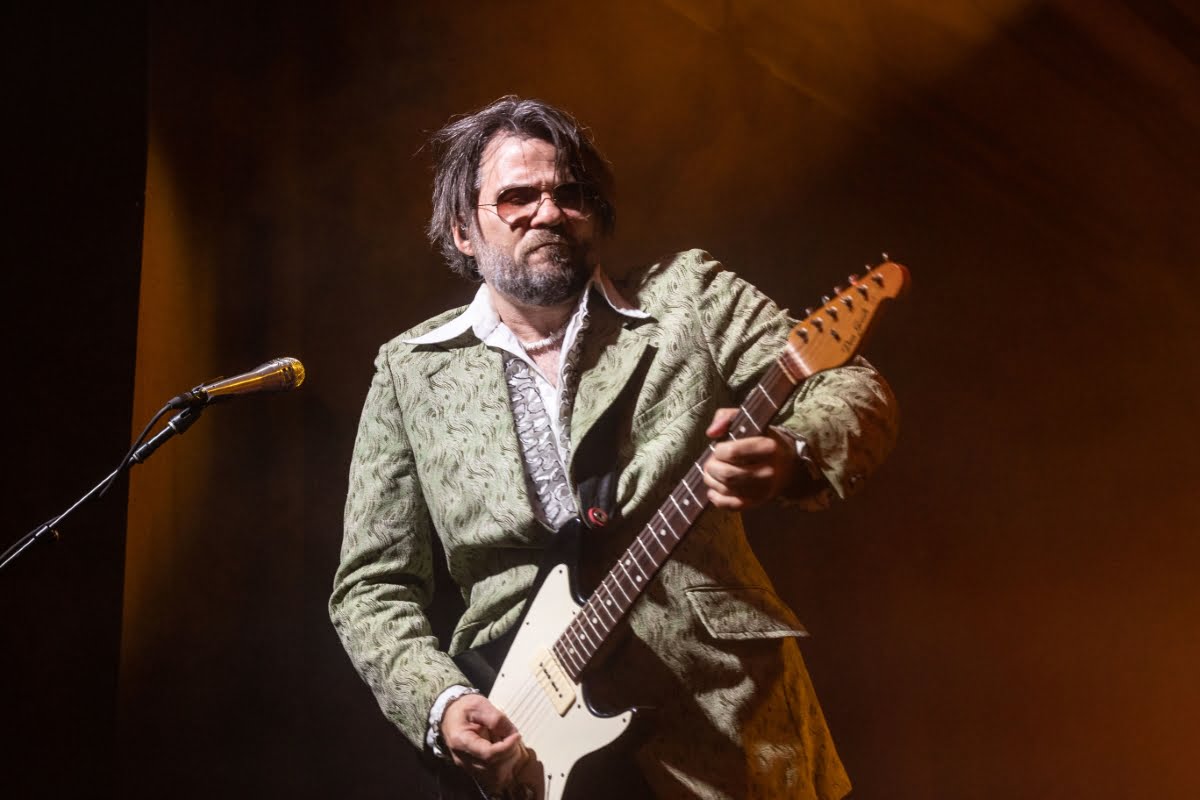 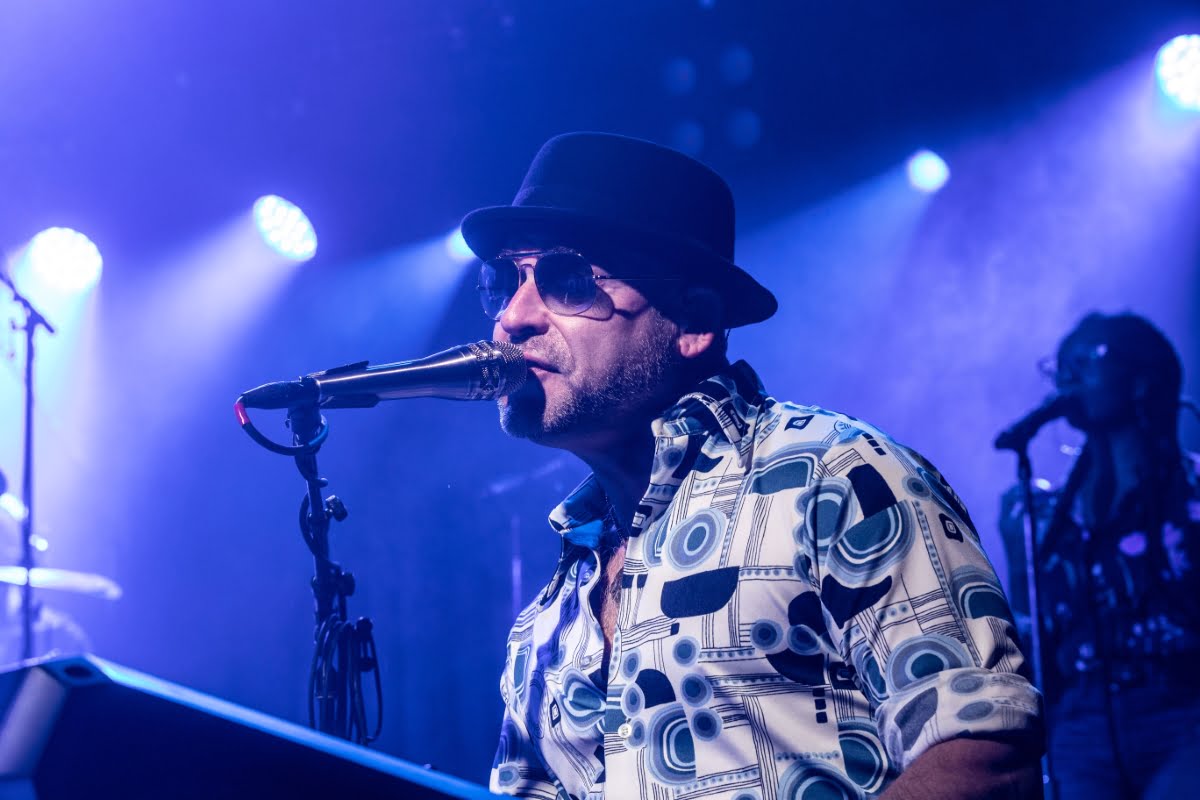 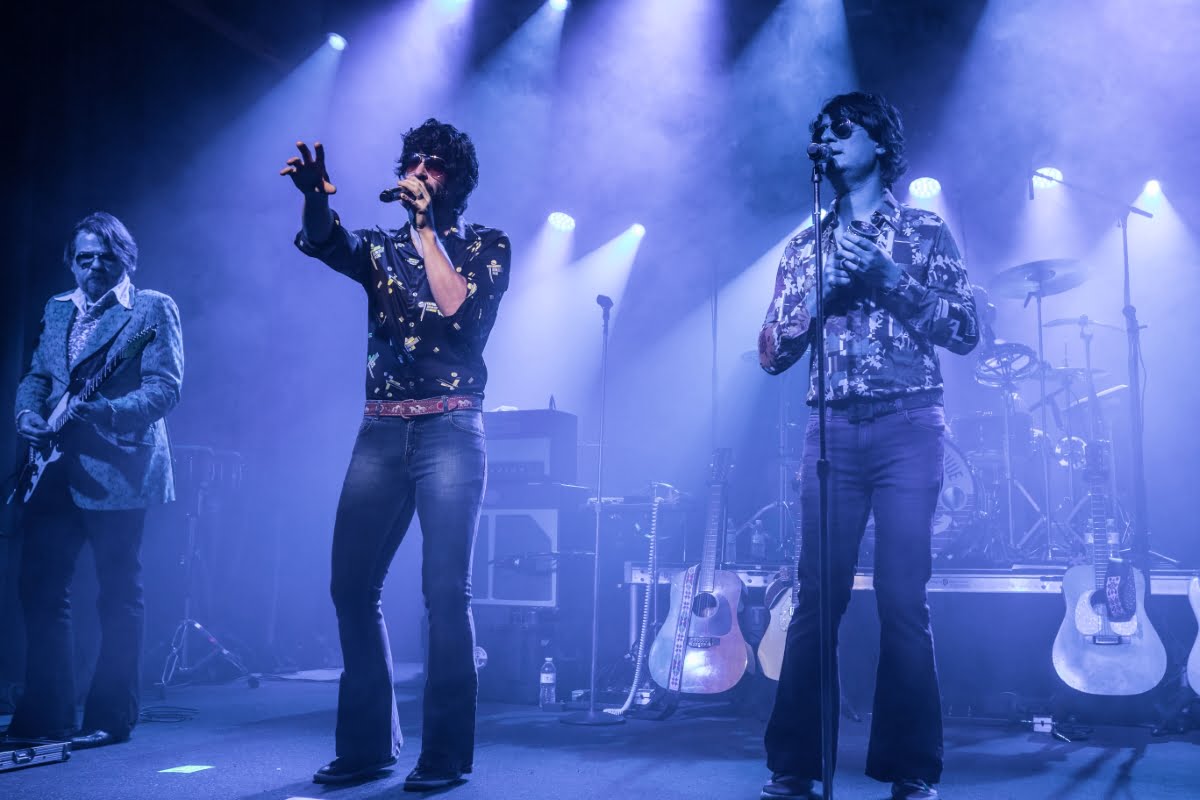 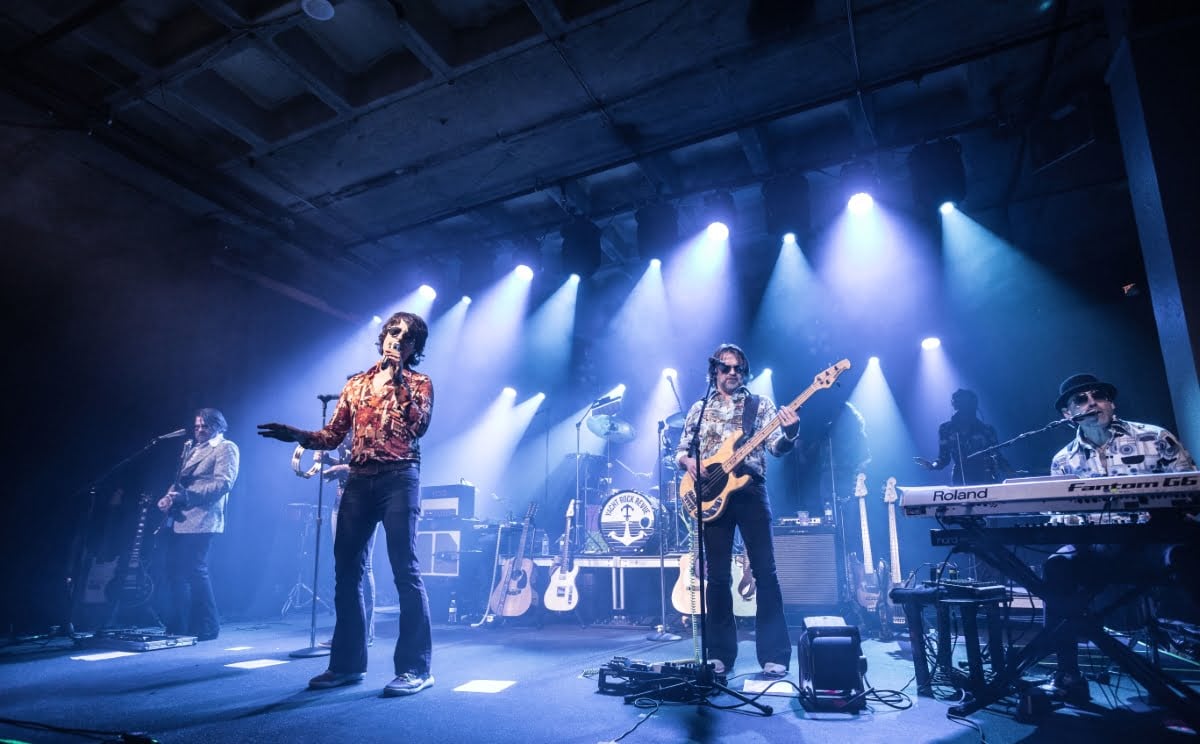 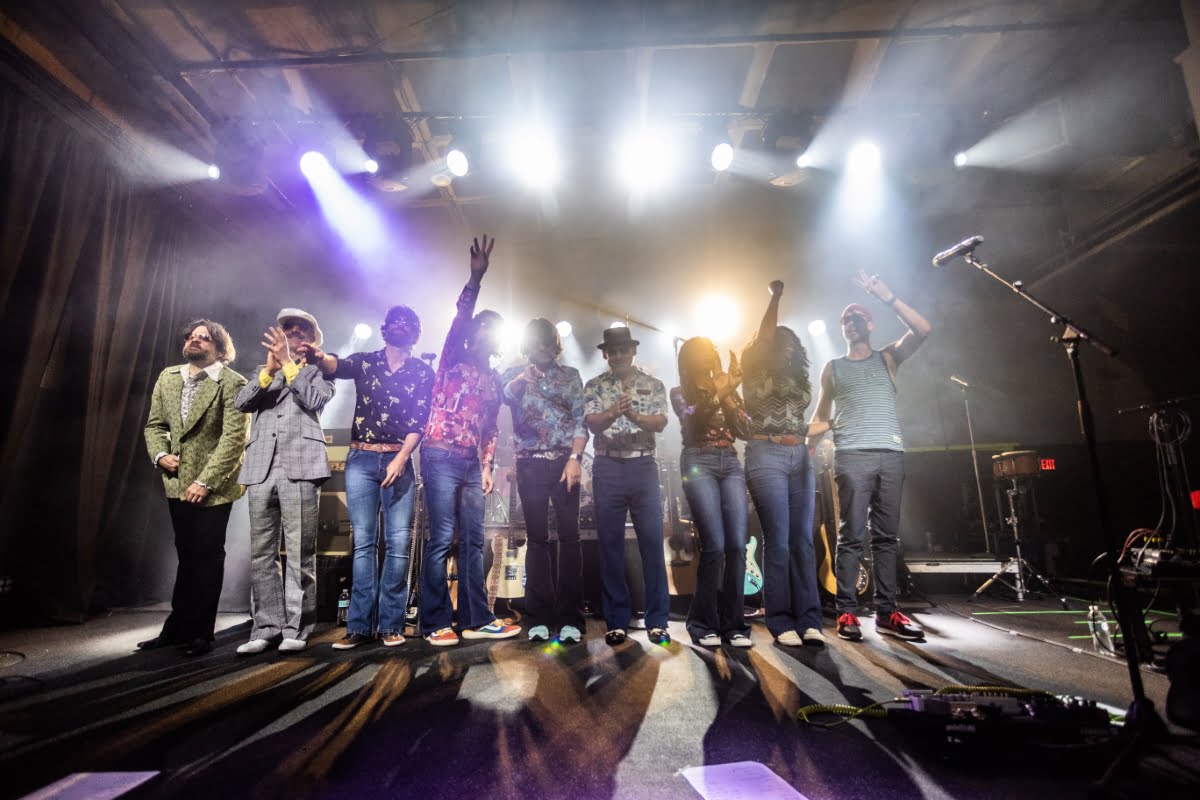 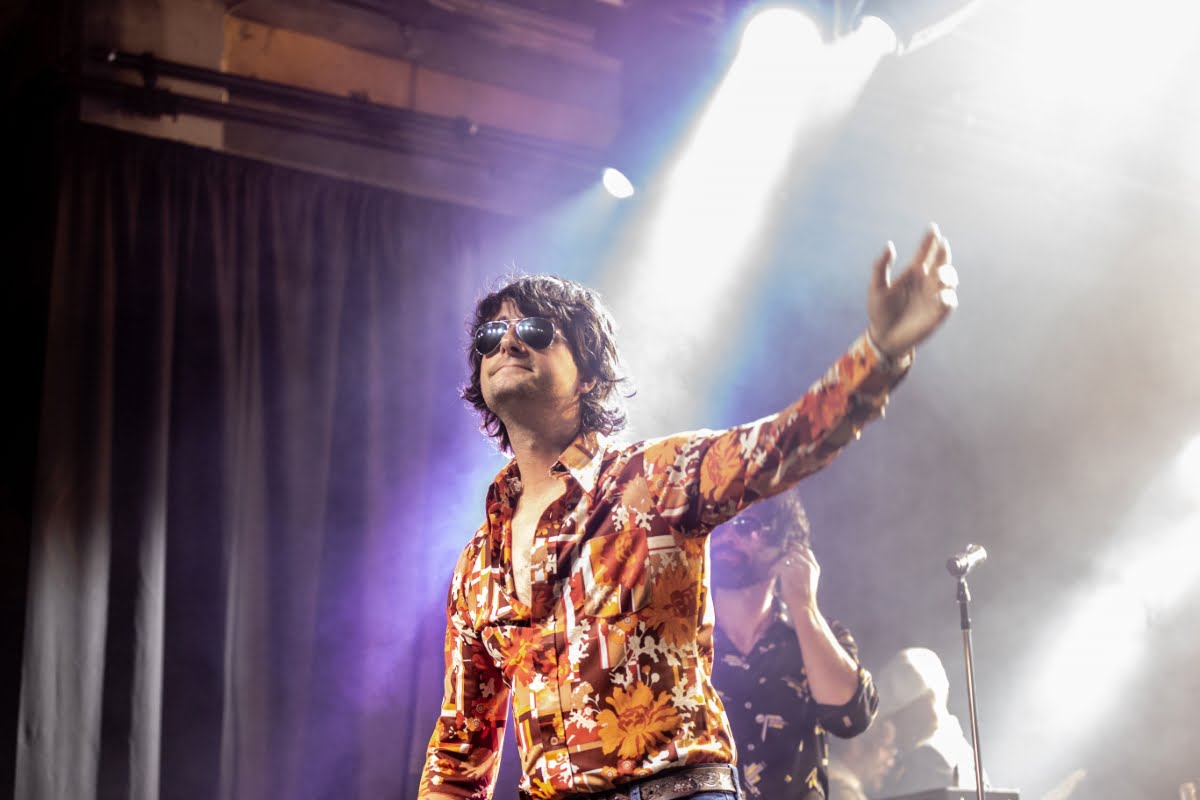 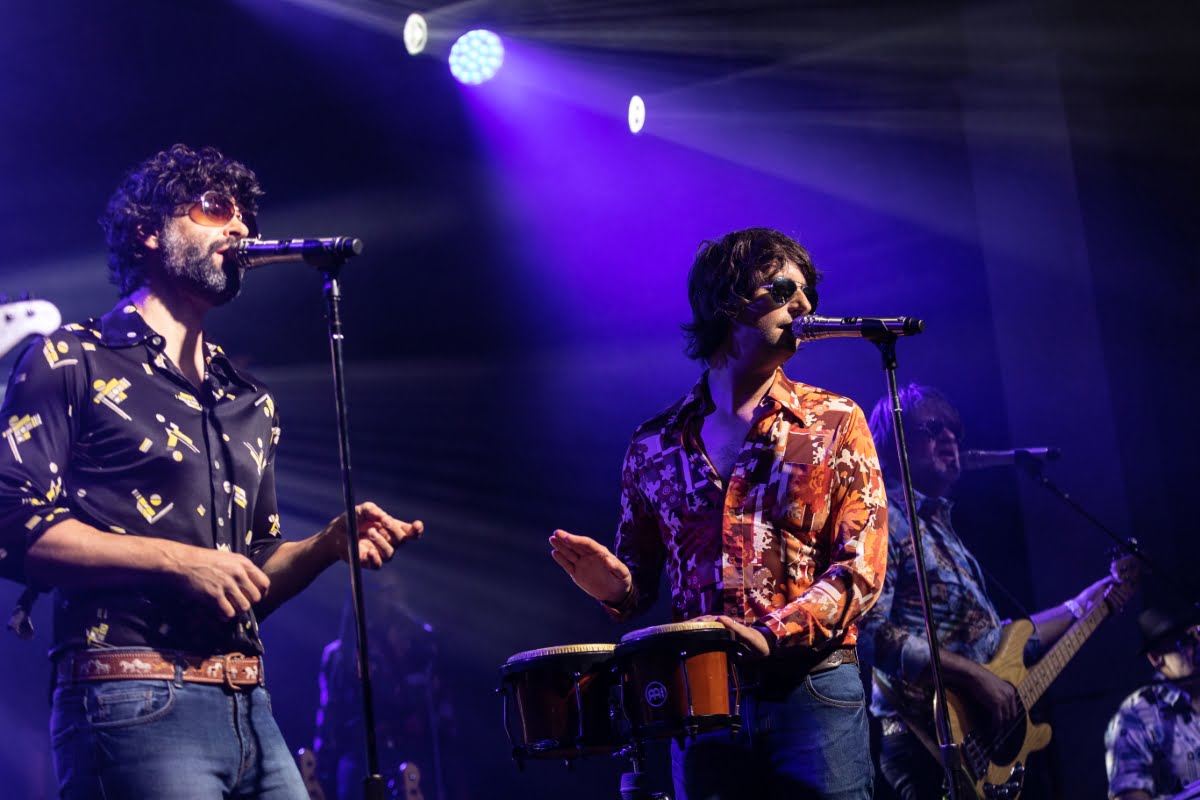 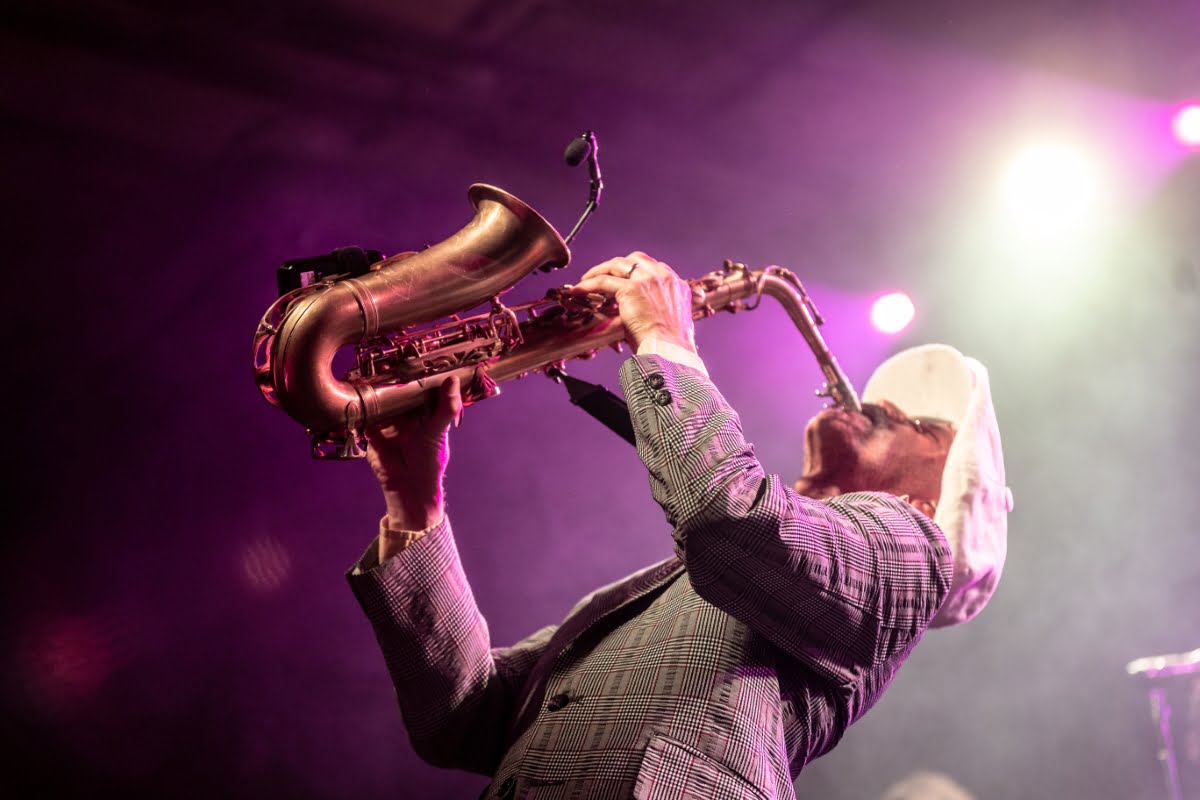 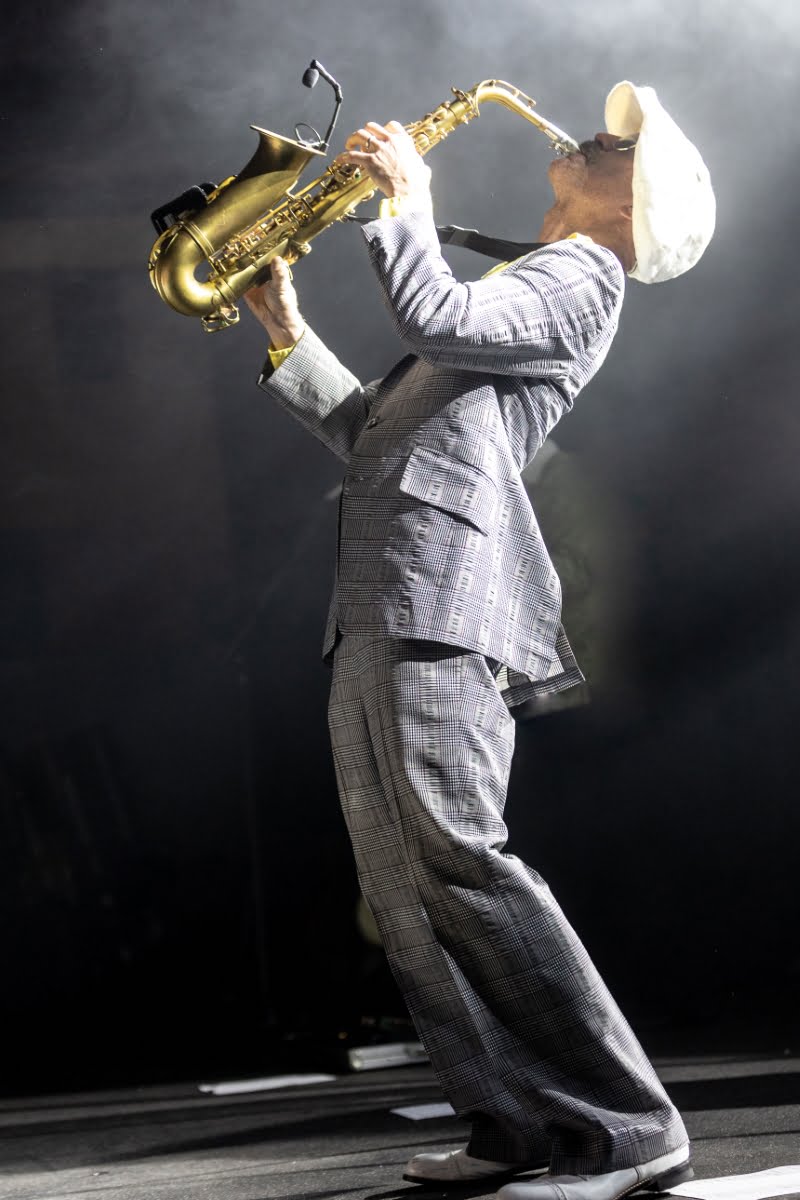 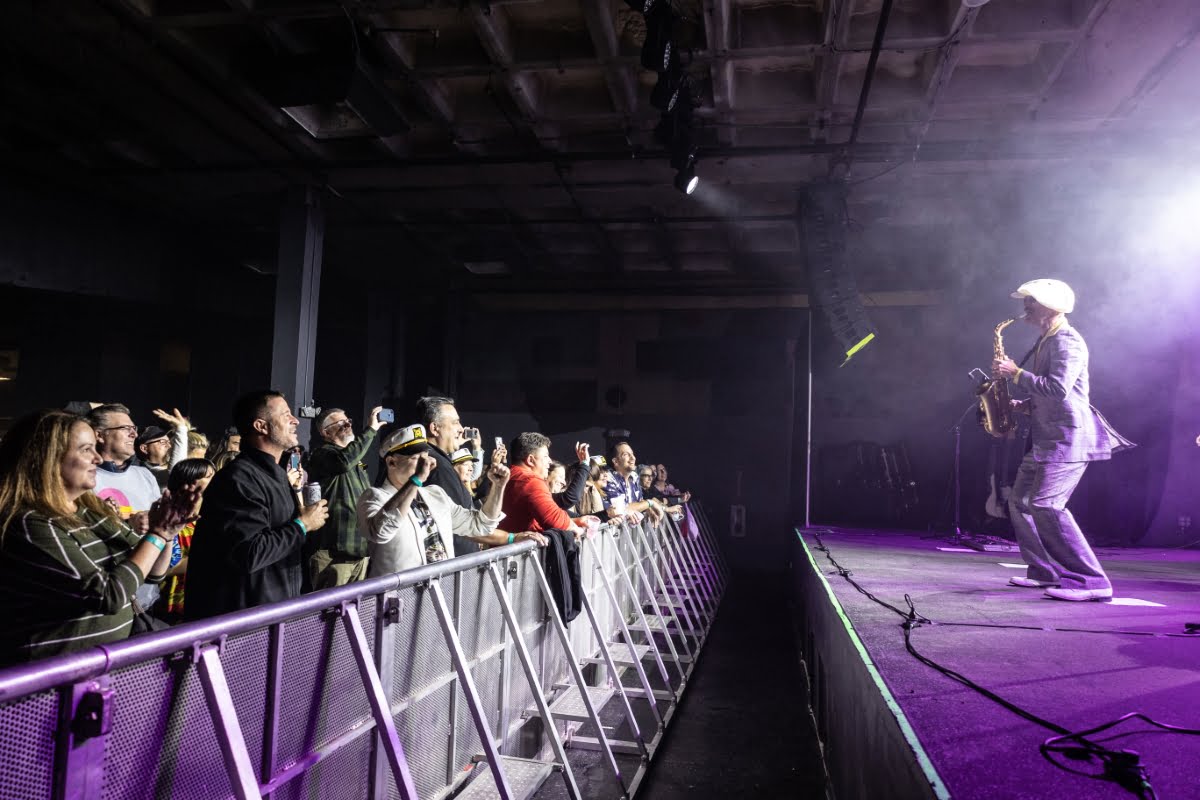 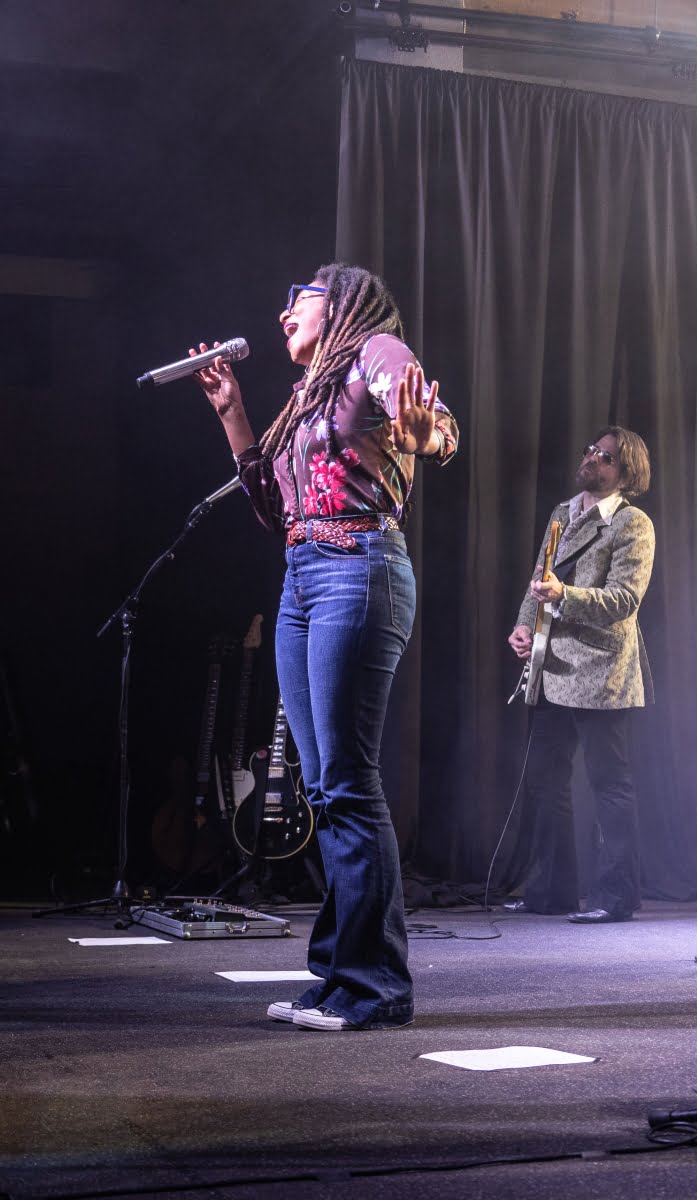 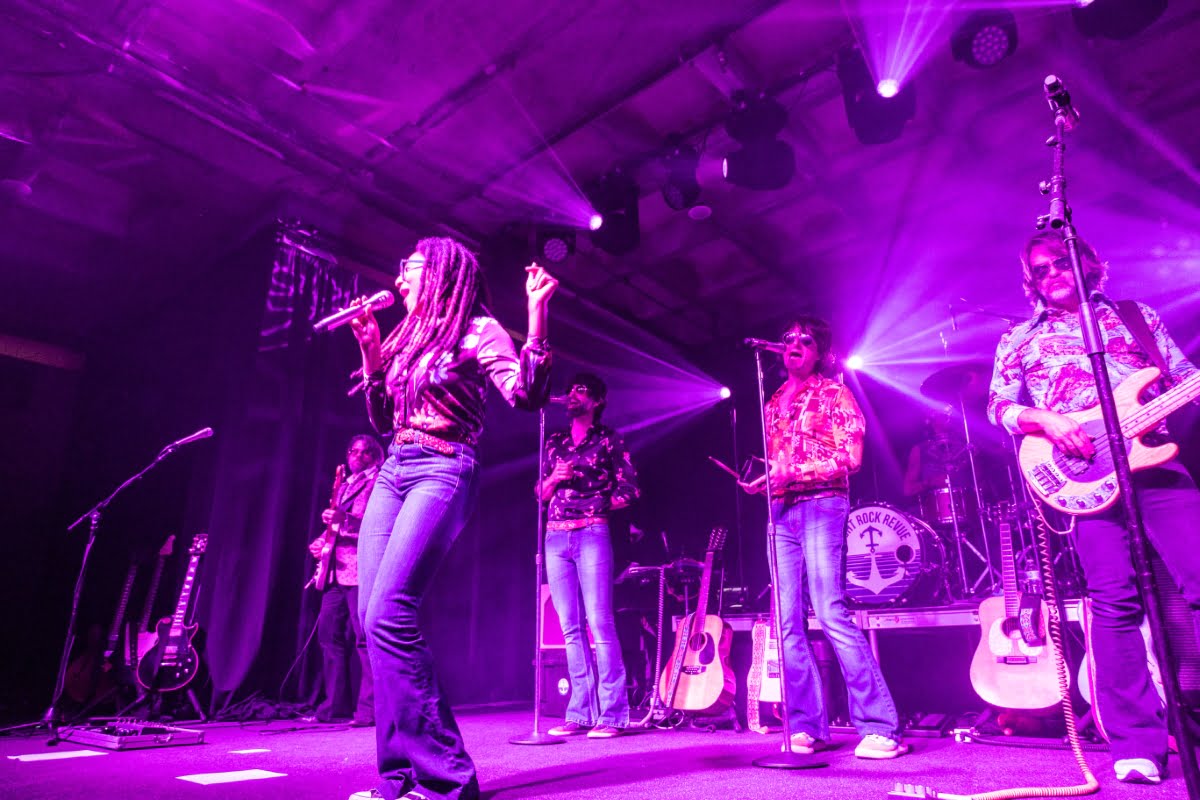 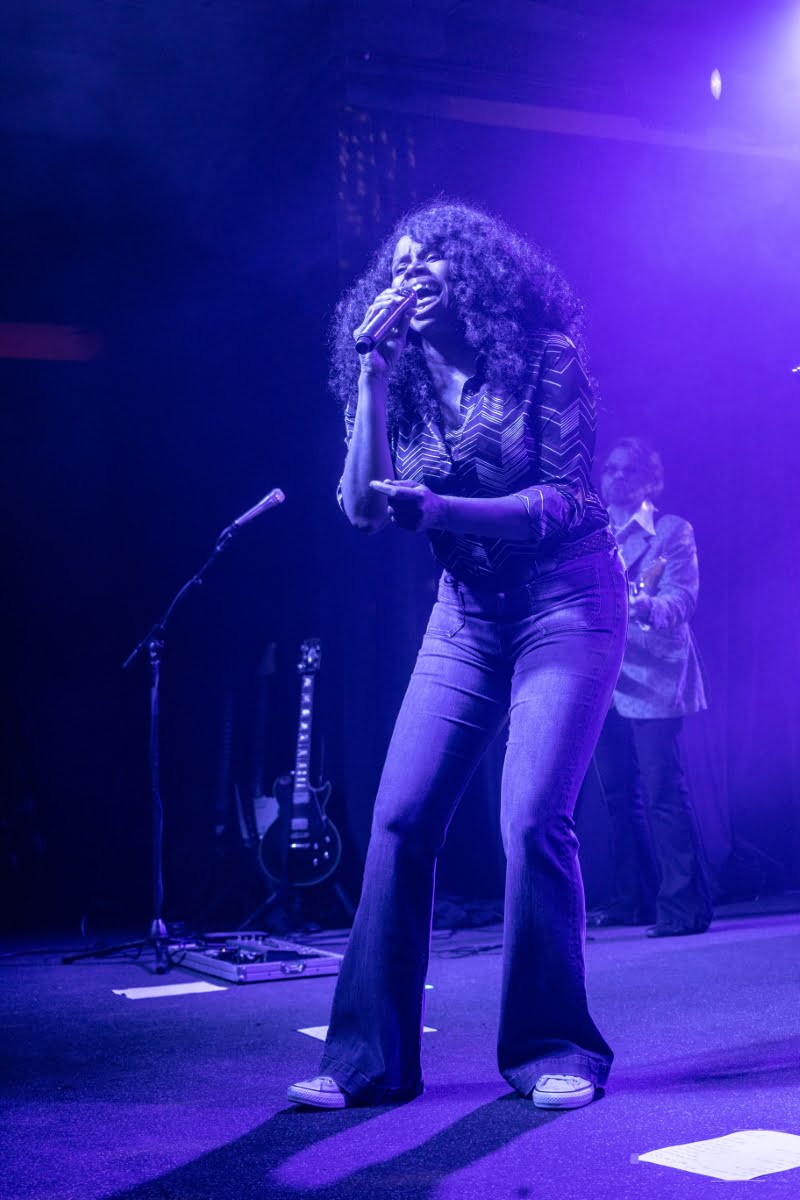 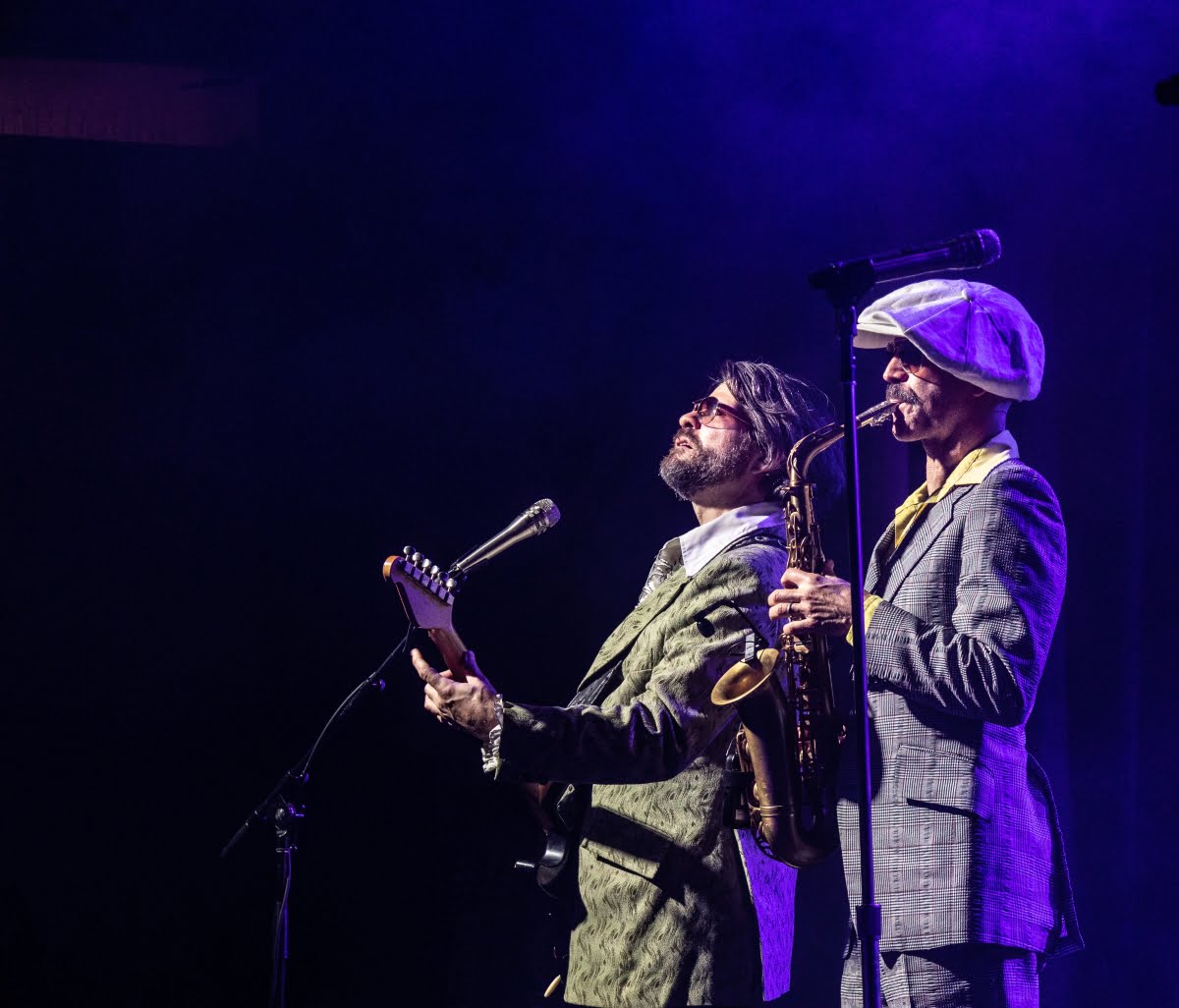 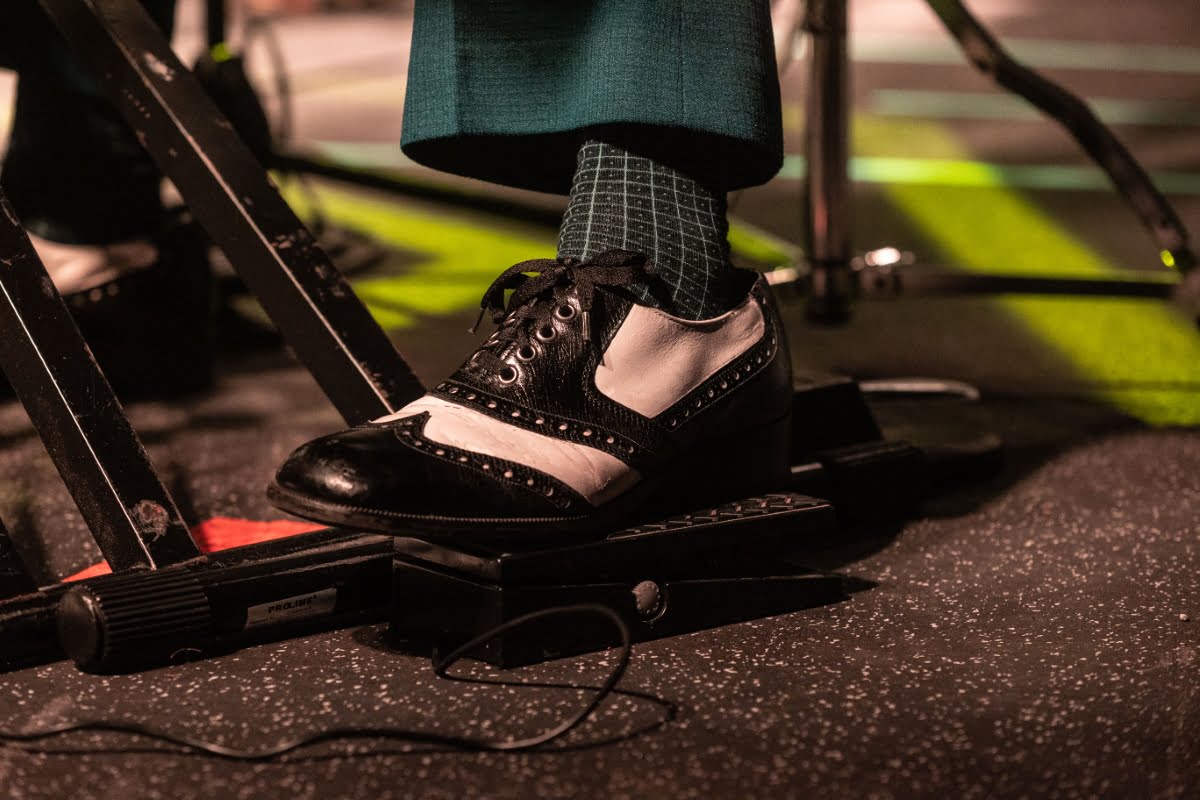 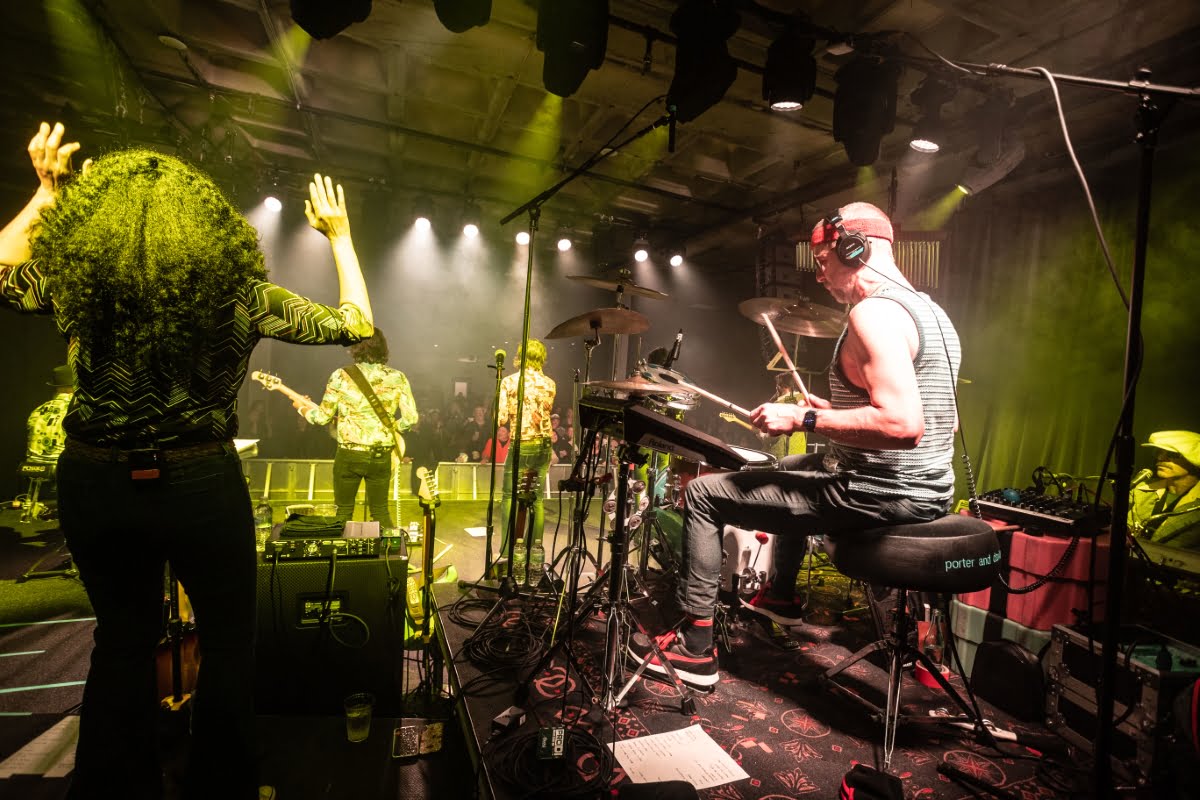 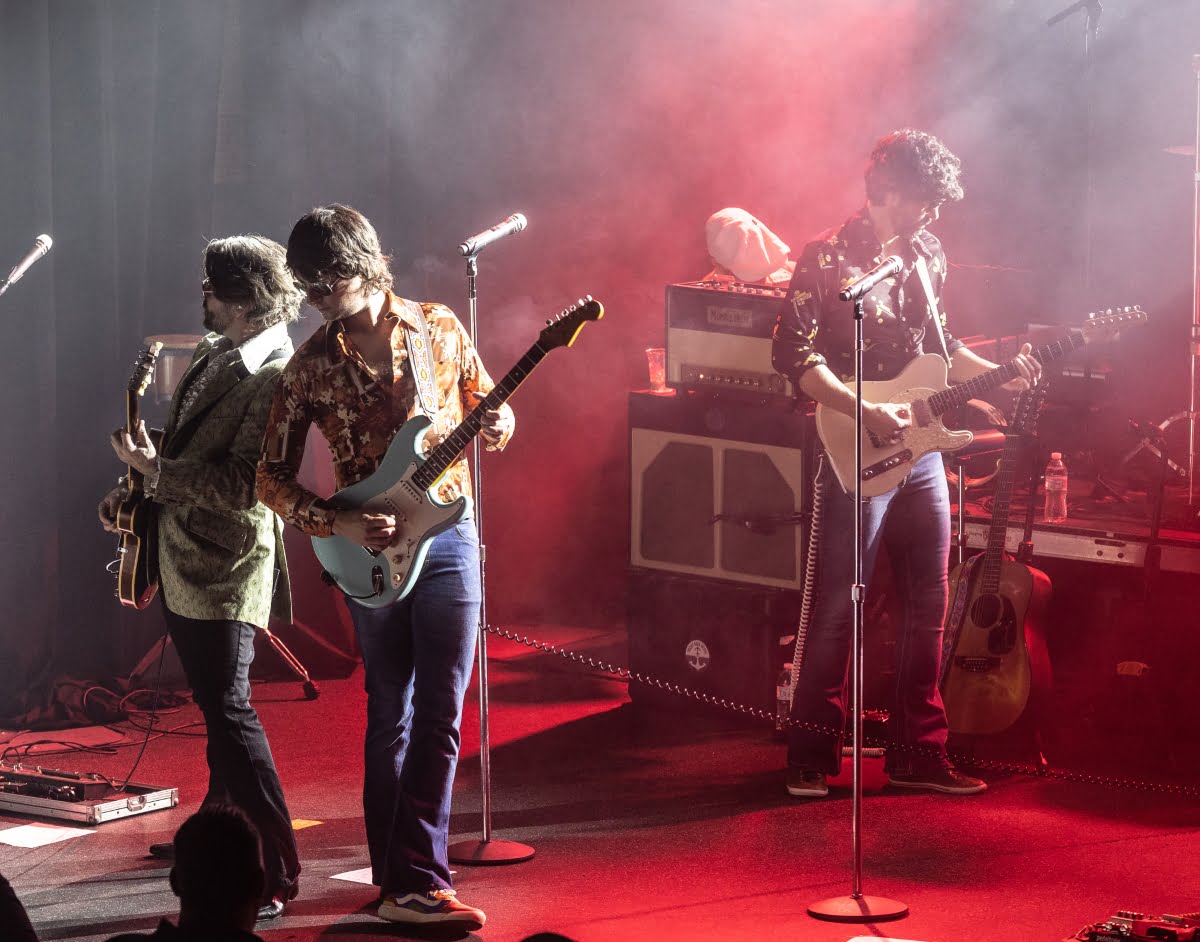 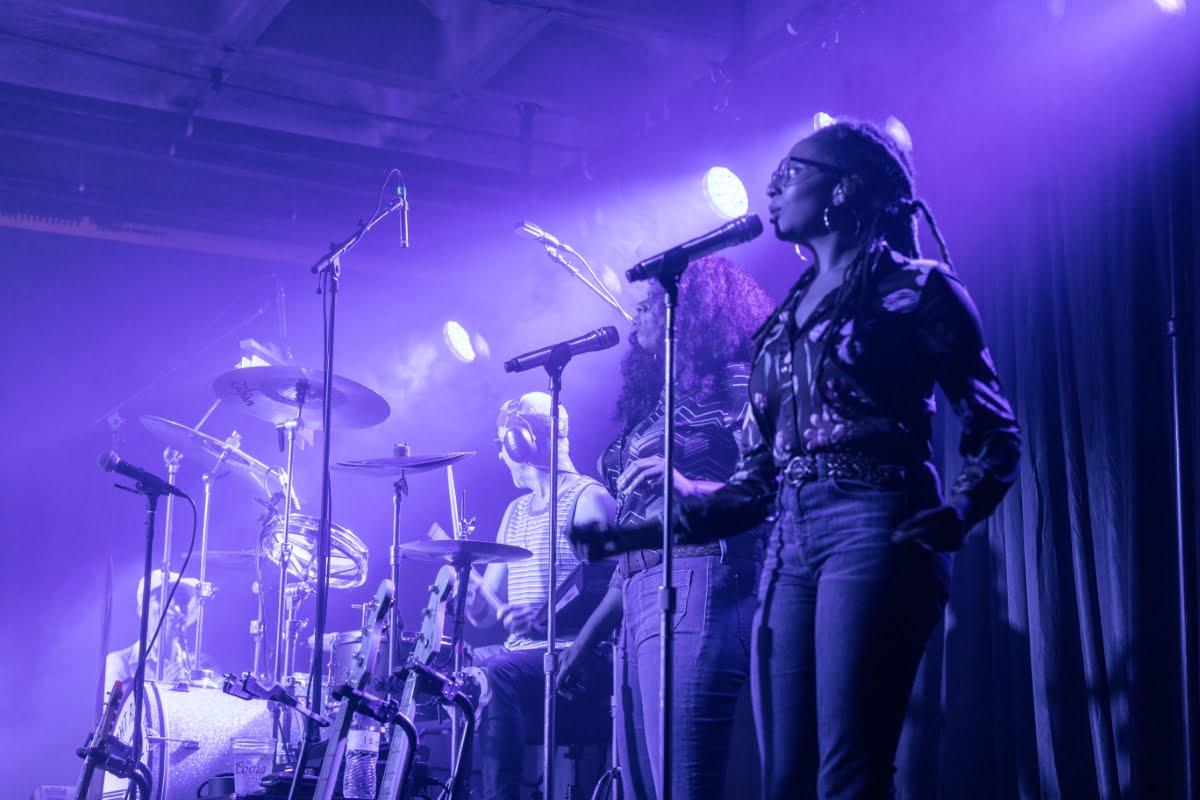 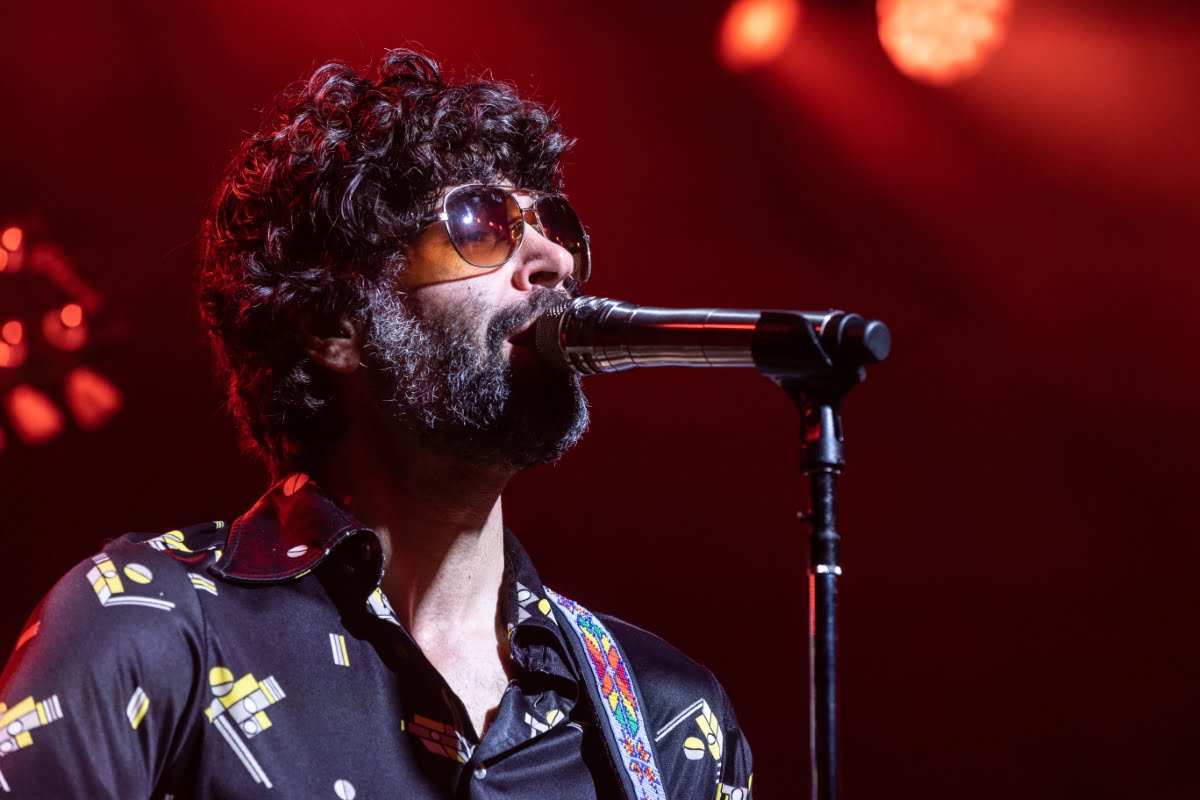 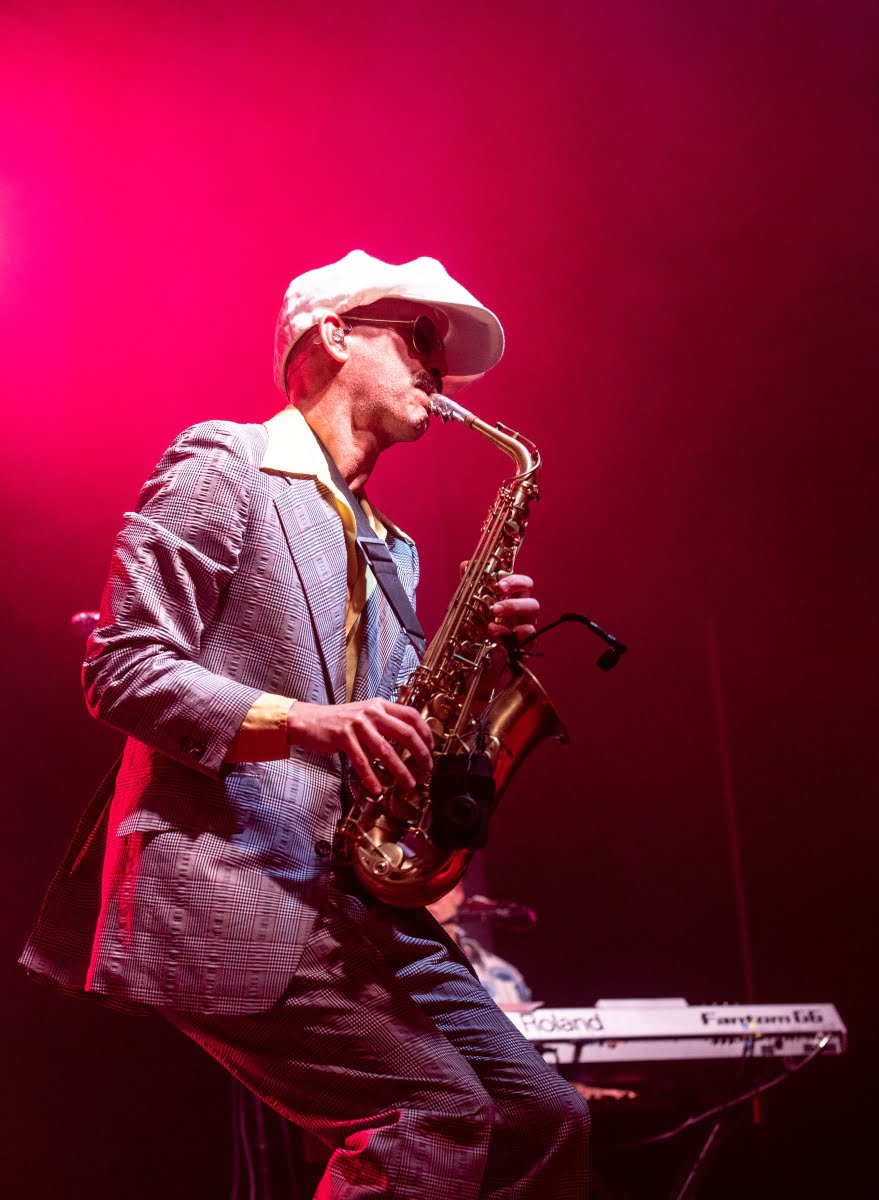 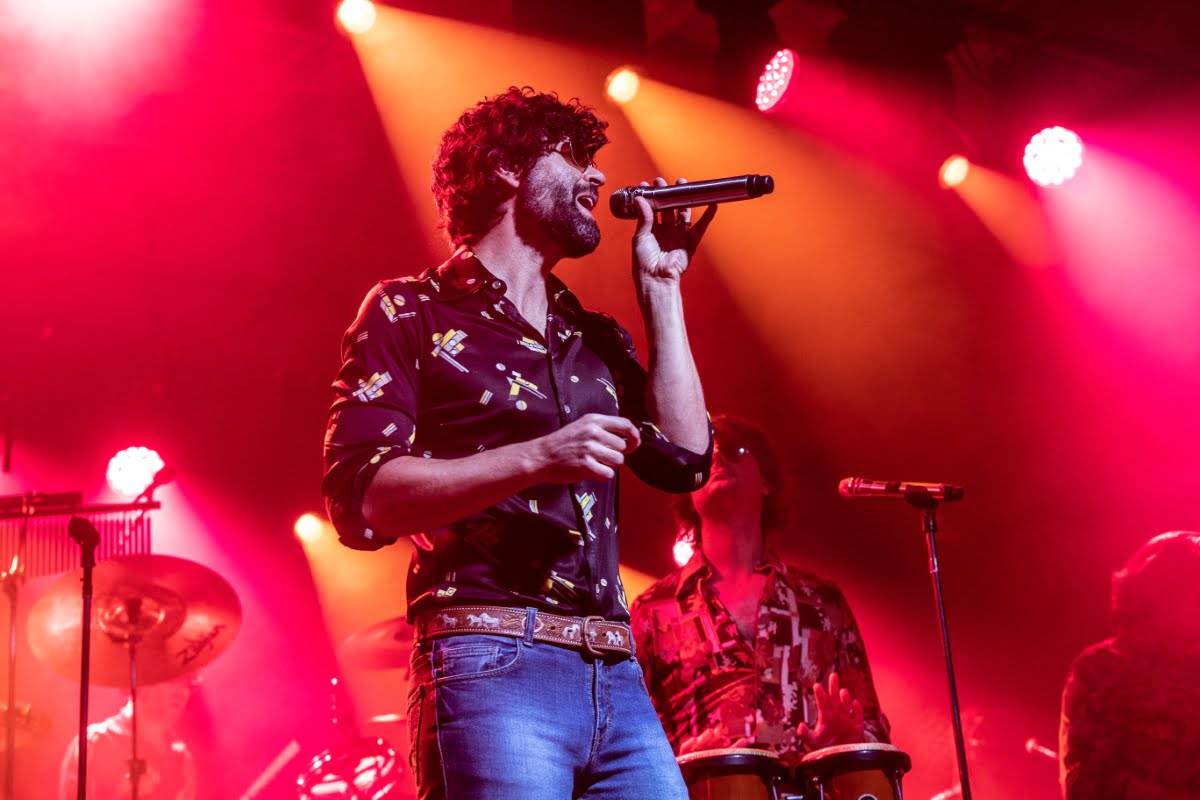 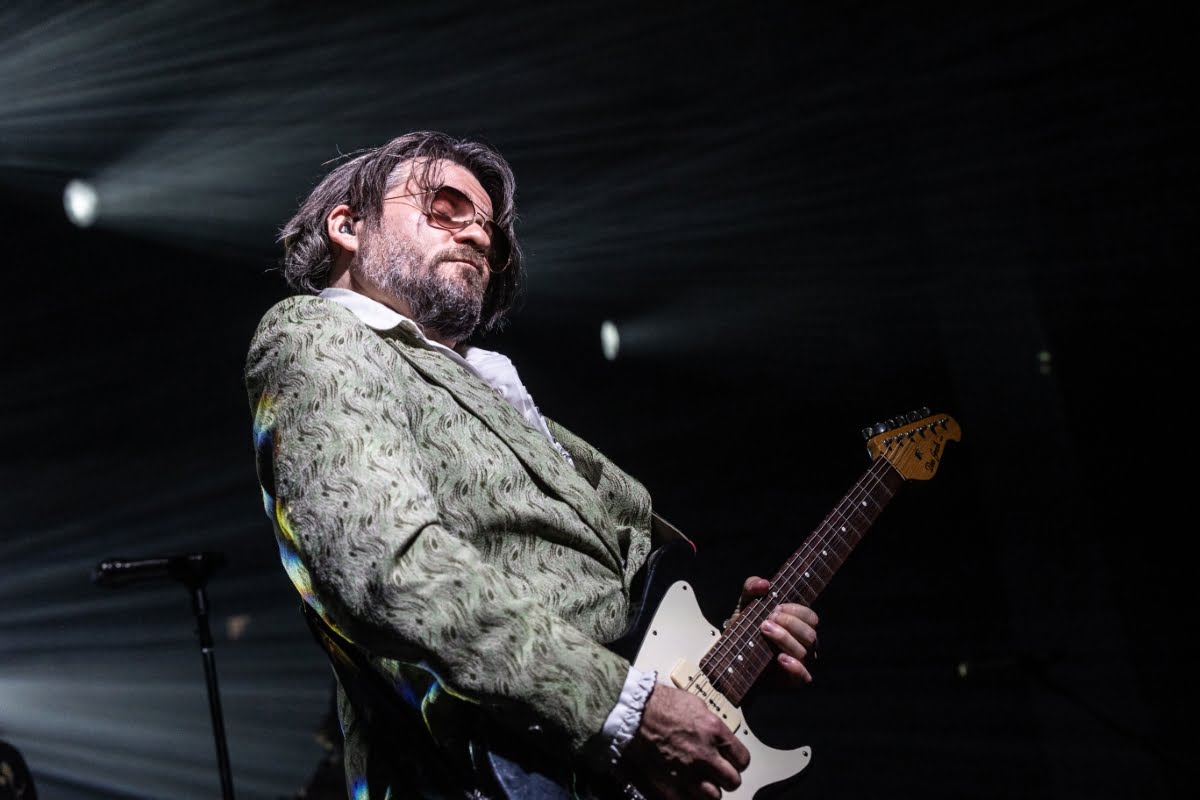 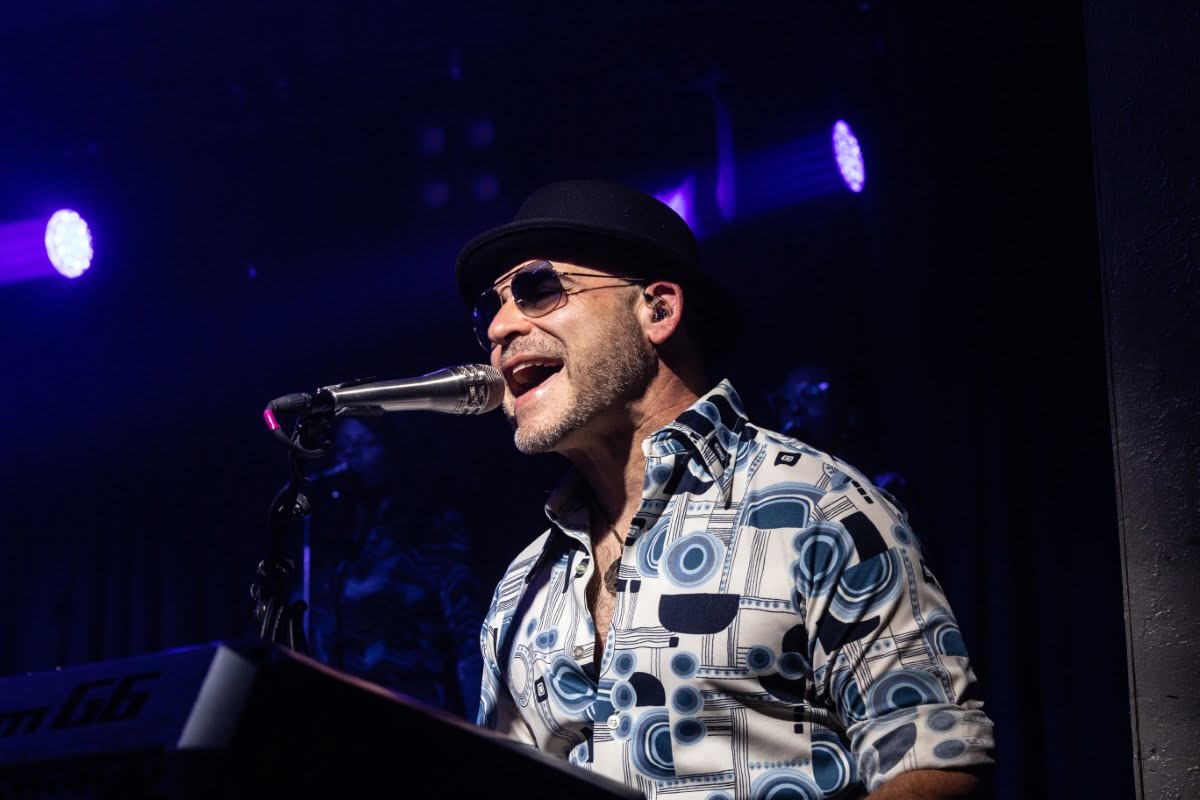 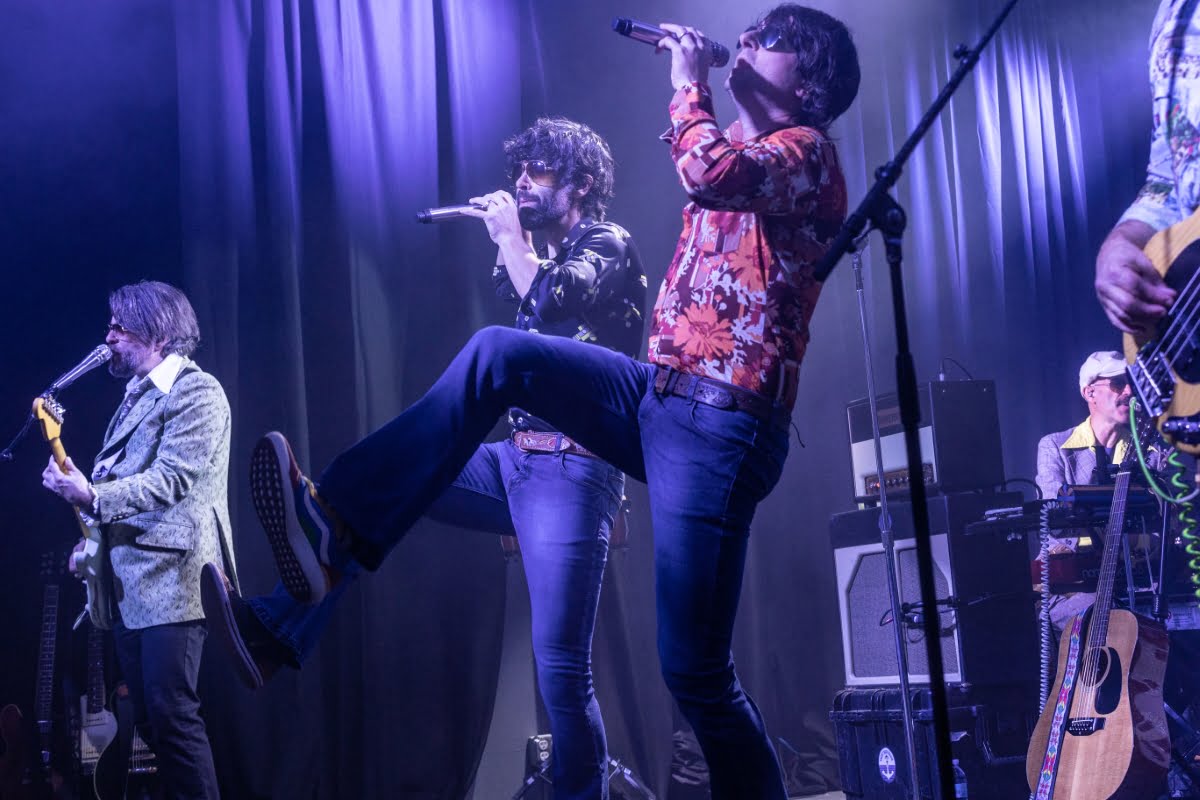