Thursday night, Secondhand Serenade brought the Just Because You Can Sing Loud tour to Empire Live Albany. My first trip downstairs to the smaller room. The unsettled weather of the day was a great backdrop for the soundtrack of the evening. A hopeful yet wounded bunch of emo-pop from several artists with stories of their own.

First up was SayWeCanFly. A pseudonym for the songwriter known as Braden Barrie. I was very stoked to check him out. I have been following his career since the start of 2020 when I was turned on to his music while traveling before lockdown. The crowd that didn’t know him prior, do now. His following is growing.

Barrie is an old soul in a hoodie and skinny jeans. His voice will rattle your cage and soothe a wild beast.  His set was equal parts heartbreak and renewal. From the picked notes of Here’s My Heart through the end of the new unreleased Knuckles. His voice yearned for approval and the crowd reciprocated. Braden is prolific with multiple releases a year. He also has a podcast and a clothing company, Stay Cozy. His latest, The Lighthouse is available now.

I spoke with different people throughout the evening like Kate and Scott. They drove up from Poughkeepsie to see the next band on the bill, the Dangerous Summer. They’re a Maryland based duo who originally called it quits in 2014. Yet fans kept listening and inking the words of songs on their skin, bringing the summer back to life.

The stripped down set opened with the song Color and built a strong momentum right from the first notes. Singer AJ Perdomo and guitarist Matt Kennedy have been busy as of late starting their own label and releasing a new EP during the pandemic. Where Were You When the Sky Opened Up, Ghosts and Fuck Them All had the audience in AJ’s hand.  Prompting the crowd to gather around and use cellphones for light, the set was closed with the song Infinite. AJ came down off the stage and sang to the crowd, in the crowd.  With nothing but the warmth of their friends, the Dangerous Summer came to Albany and left a damp fall night just a tad warmer.

John Vesley, better known to the world as Secondhand Serenade is celebrating on this tour. Celebrating the fifteenth anniversary of Awake, his debut album. Celebrating a new single, One. He also made an announcement from the stage that him and his beautiful wife, singer, Valerie Ballestrini were expecting their first child. Even his brother hasn’t found out yet, Albany!

The set was filled with songs of anguish and lost love. The crowd knew every word. Spanning his career, songs like Fall for You, Your Call, and Not Enough prove that John can write touching, heart strangling words we can cry over. John brought Braden Barrie back out on stage a bit into the set for a duo performance of Vulnerable. An arrangement they had only been performing for a week. The bands and crew brought out a cake and we all sang Happy Birthday to Braden.

Vesley informed the crowd that the tour name will also be the name of the next recording. He shared that this turns what could be a very negative situation into a positive. A letter from a less than impressed neighbor was found on the door of the apartment that Ballestrini and Vesley share. The neighbor said Vesley should get a real career and that just because he sings loud, doesn’t mean he can sing. Those words in the wrong ears can add a twist to someone’s story and fill an artist with doubt and timidity. Luckily for us, John can turn his pain into art and wears it on his sleeve.

The night closed with Goodbye, from the album A Twist in My Story; and we were set free to the damp November night. There is nothing quite like the power of music to chronicle the human condition and set free our deepest musings. I met a woman named Aja(pronounced Asia) named for the Steely Dan album. Not too often you get to mention Steely Dan and Emo in the same review. But, the power of music has little chuckles at our expense. All we can do is listen. 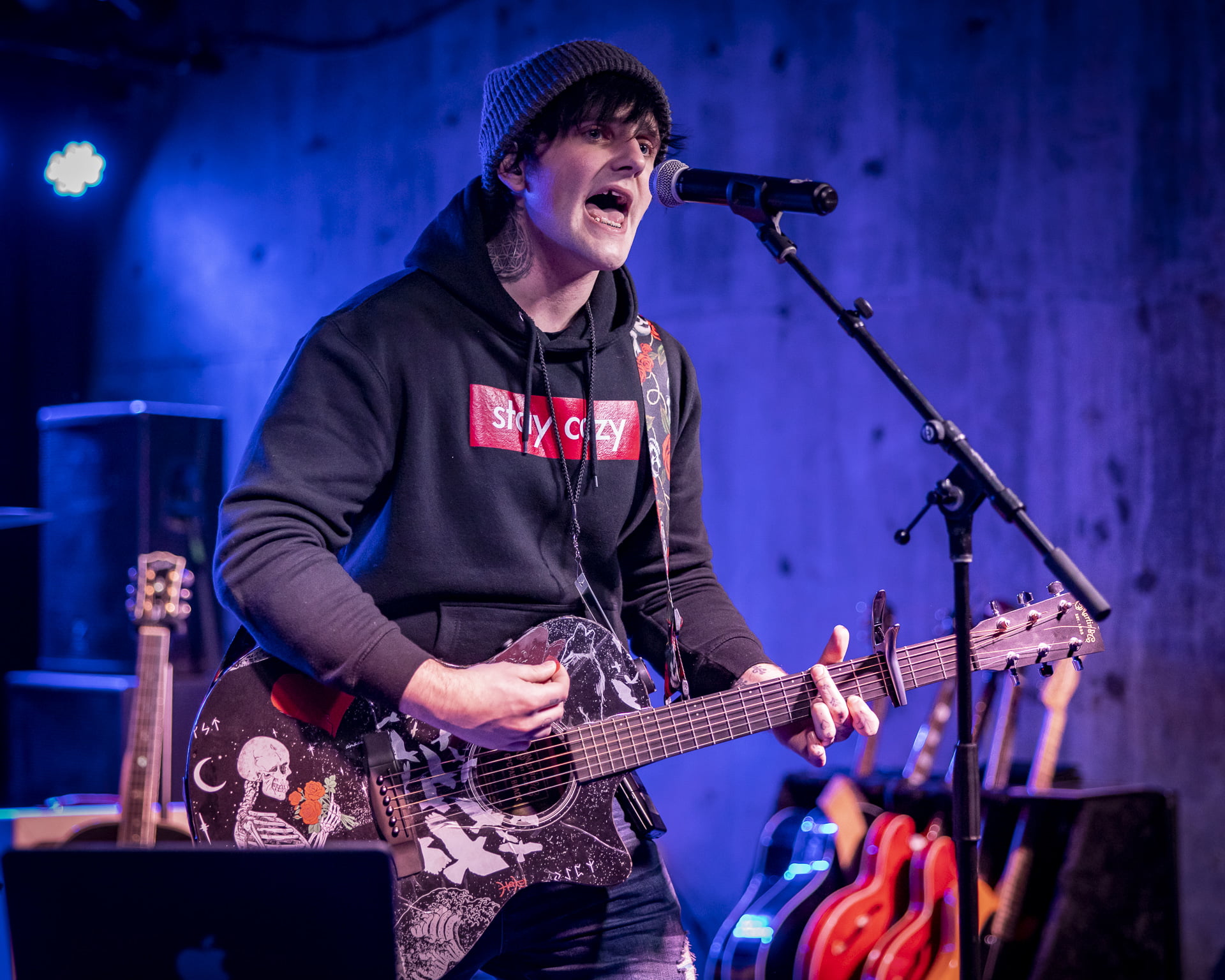 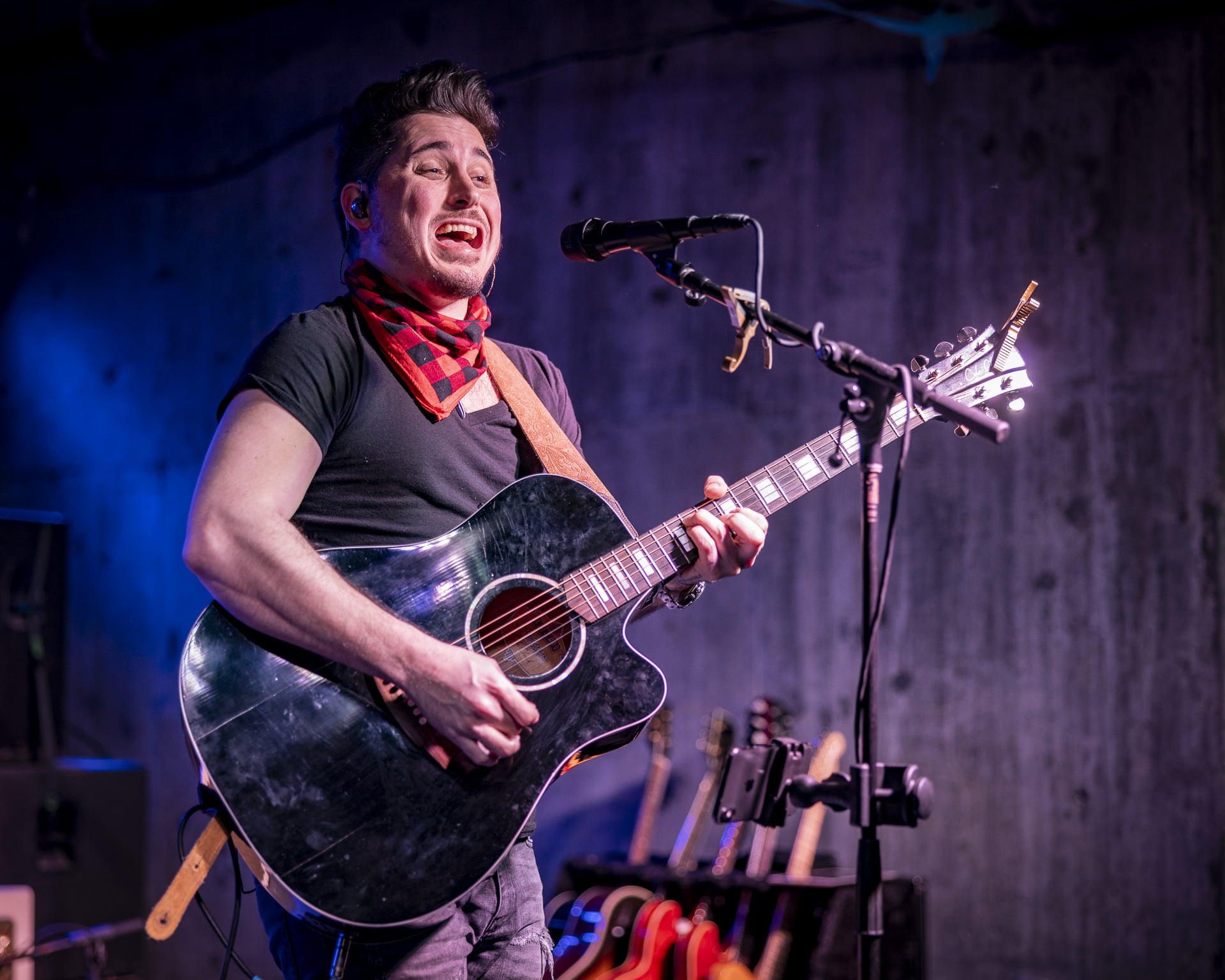 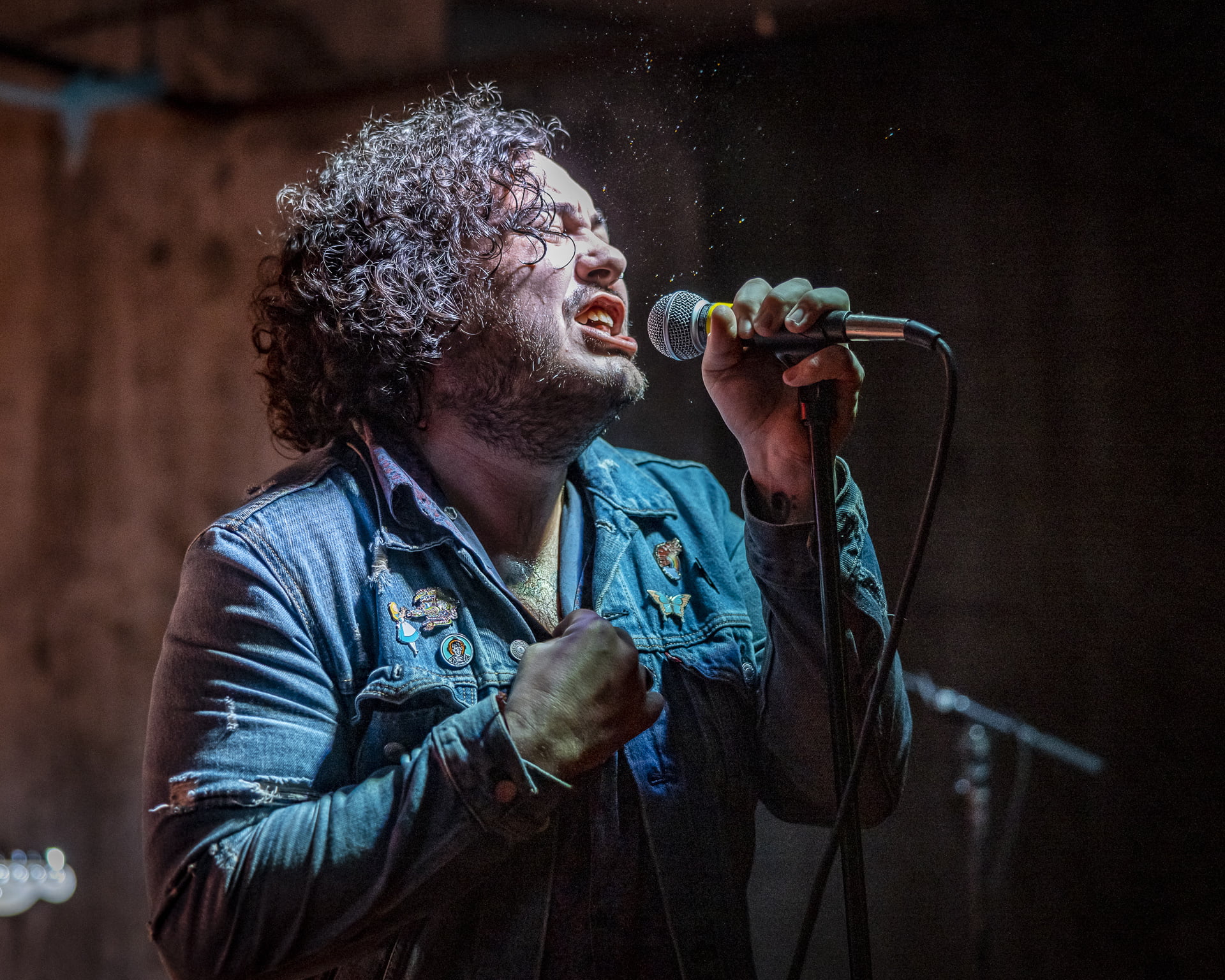 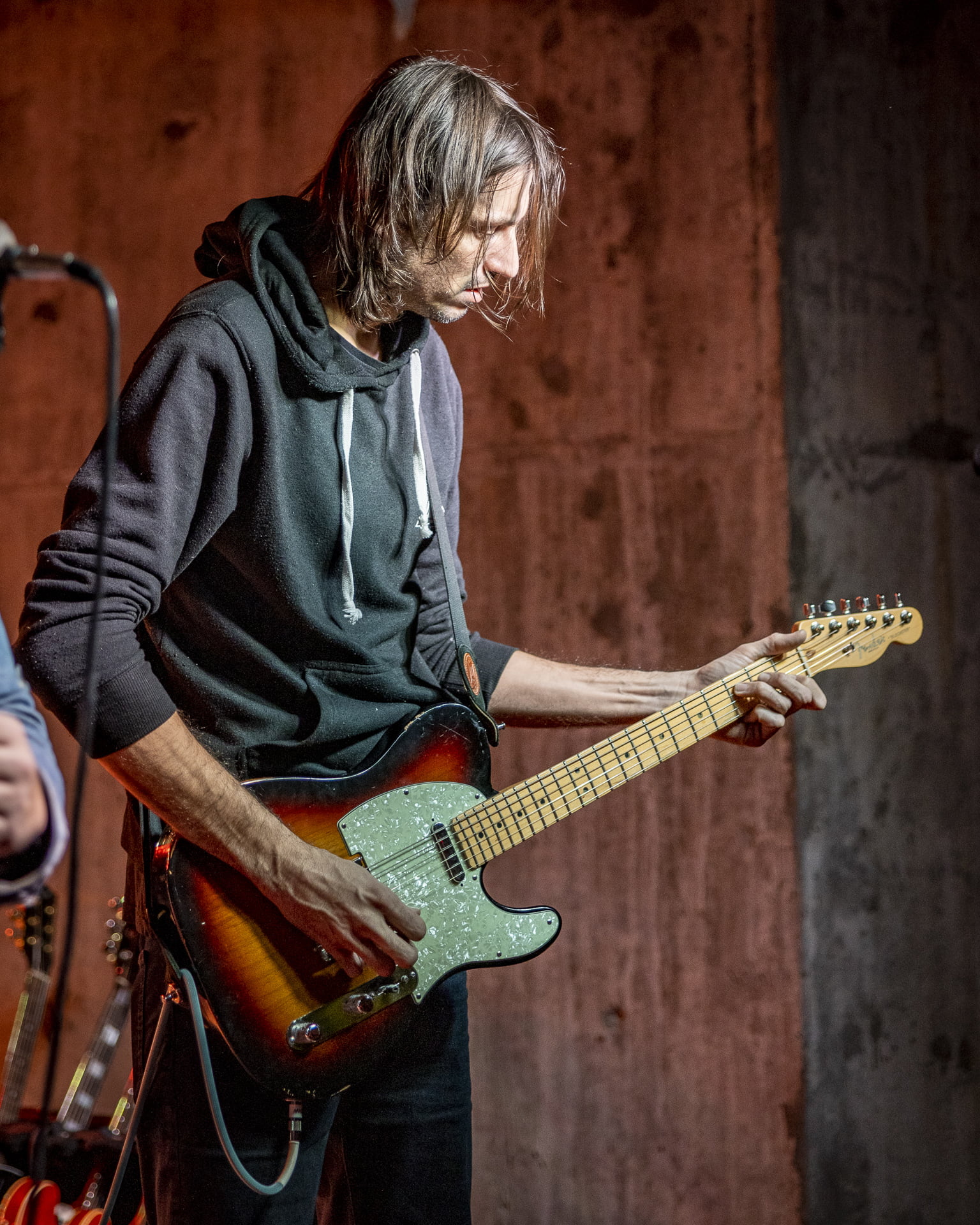 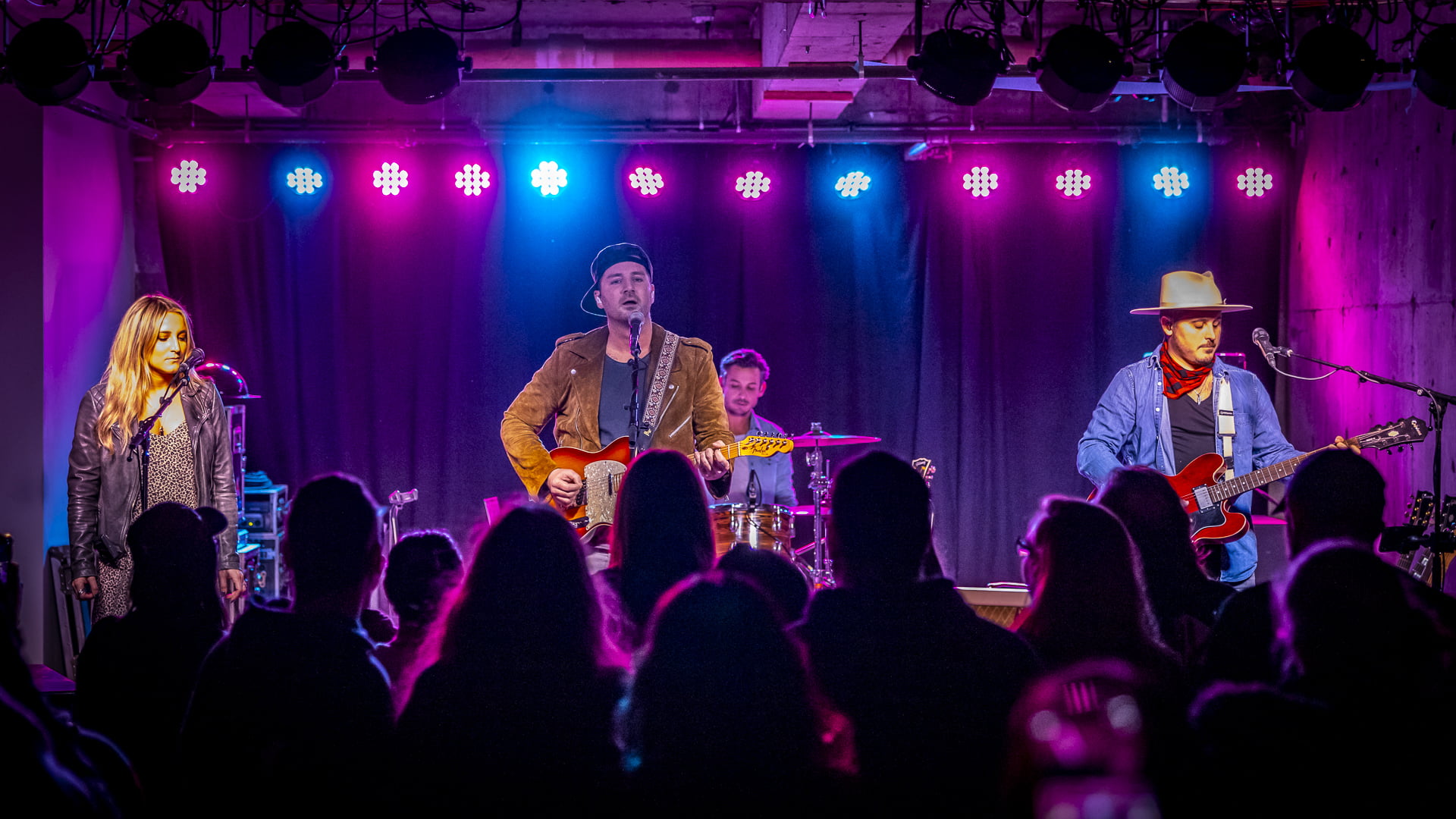 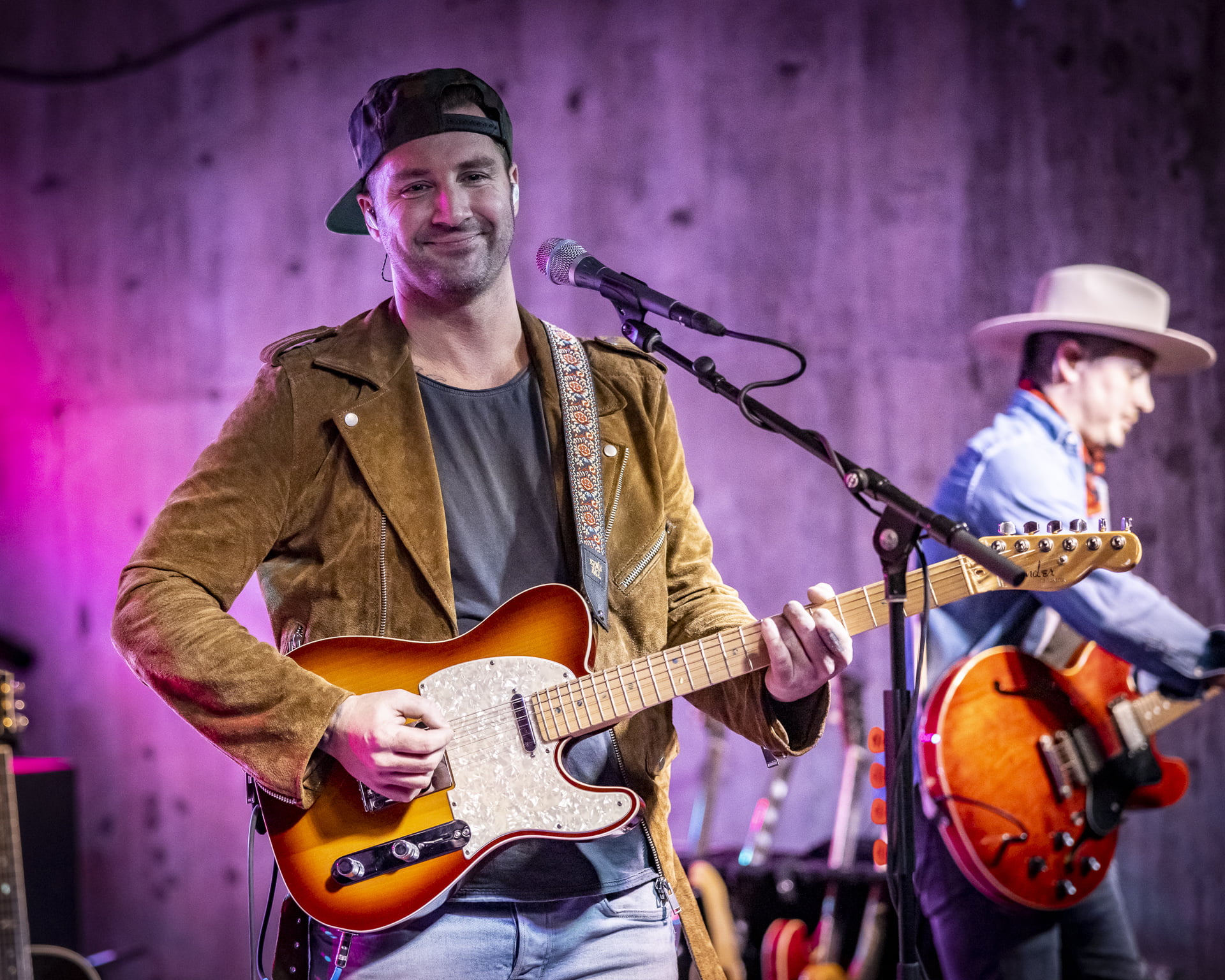 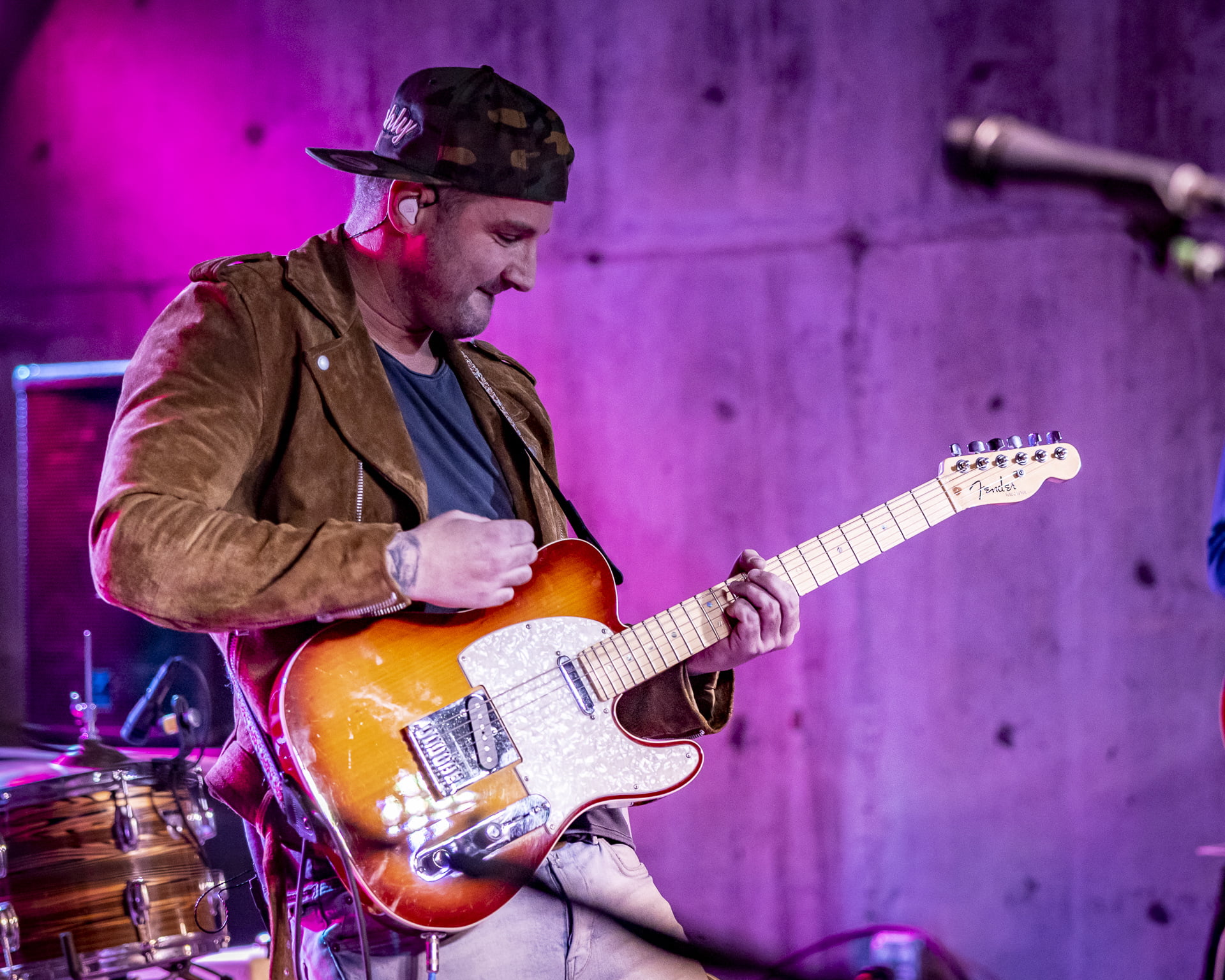 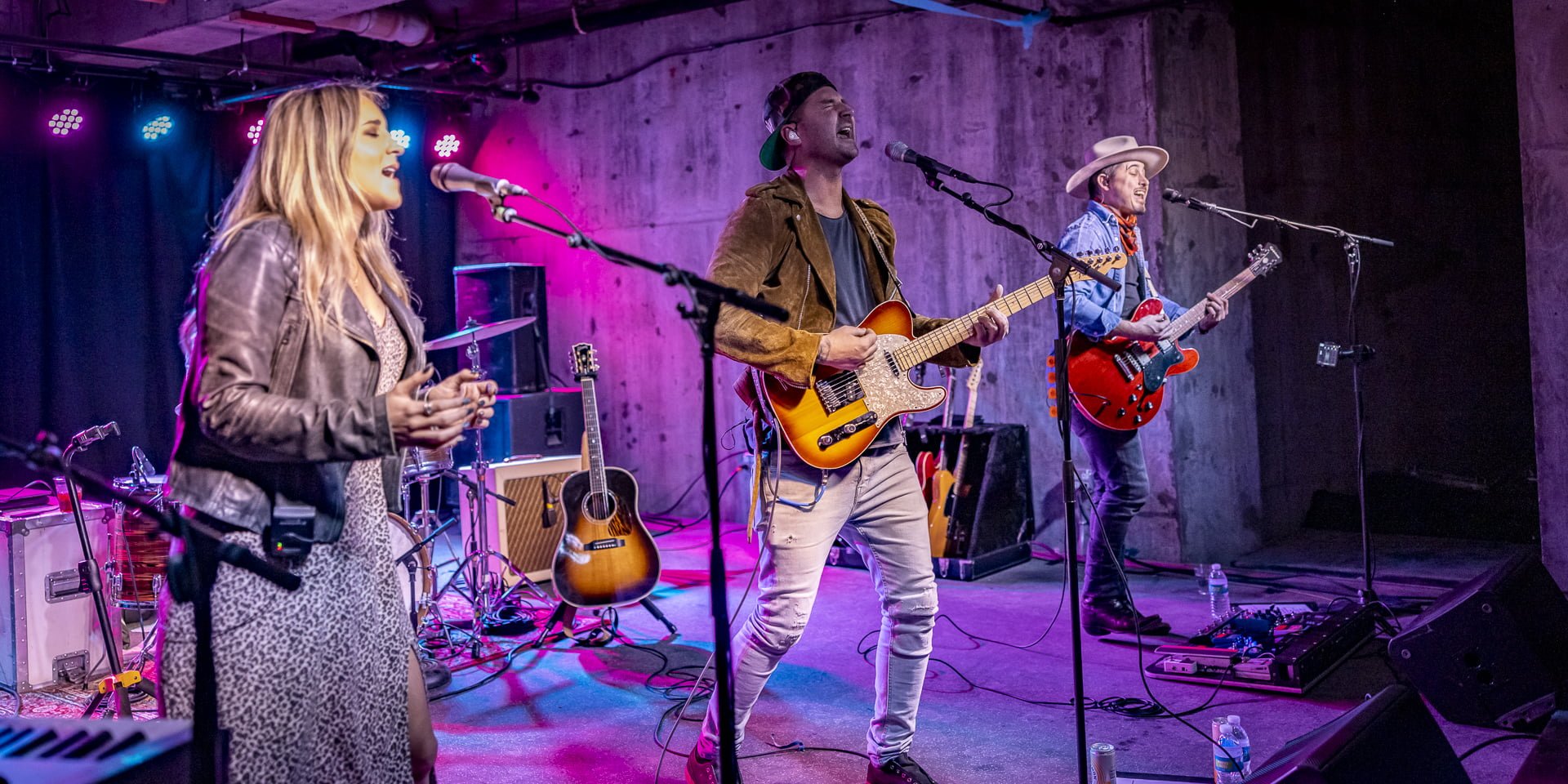