I am 15 years old and I love to see live music (when I can get in).  My father is a photographer who sometimes shoots shows.  When he said he could take me with him to see Pokey LaFarge at The Egg I was hesitant because I had never heard of him.  I quickly googled Pokey, saw that he had a cool vintage vibe and agreed to go.

We arrived early and checked out the merch table where Pokey’s new album In The Blossom of Their Shade was displayed. The cover art is a colorful depiction of Pokey dressed in 1940s style wide trousers doing a step in a tropical setting.  The t-shirts had a similar floral Caribbean look.  I like an artist that controls their style!  I expected to see more period clothes and hats in this crowd-no such luck, it was a cold night in Albany and the down coats had come down from the attic for the season.

The opener Esther Rose came on with her guitar and her sweet but powerful voice.  She stood tall on the stage and belted out her songs that reminded me a bit of Patsy Cline, Dolly Parton and sometimes Joni Mitchell.  She was like a folk fairy in her white t-shirt, black leather pants and black platform sandals.  She admitted, “I write the sad songs!”.  I think she could break some hearts too.

I had great respect for the way she handled an emergency situation when a gentleman in the row behind us was having a health issue.  When she heard she immediately asked for the house lights to come up and the man was helped out of the theater.  Esther said in light of recent events she now realizes how much responsibility the person on stage has for the safety of the crowd.  That’s admirable.  We later found out the gentleman was fine.  Esther got right back to her songs-a true professional!  Listening to some of her songs after the show made me want to hear her perform with a full band someday.

Pokey LaFarge started out with Egg jokes and they didn’t let up all night.  The audience chimed in too.  “Egg jokes crack me up-they go over easy!”, “It’s Eggciting to be here”‘.  Corny, but he has a lot of personality-so he is forgiven.  He said when they drove up under The Egg it looked like they were in a James Bond movie.

Pokey looks like he was genetically designed in a lab to make the kind of music he does: a kind of mix of American music-blues, jazz, western swing all thrown together in a new way with surprisingly wry, sometimes dark lyrics.  He was a one man band with his dynamic guitar playing and versatile vibrato singing punctuated with him pulling back from the mic for shouts, yelps, and sharp laughs.

His lyrics balance light and dark, as in “Get It ‘Fore It’s Gone”: “I’m gonna live life just like a butterfly, It’s here today then kiss the world goodbye”.  Pokey performed many of the songs on his most recent album, which seem pretty upbeat. He said he is one year sober and hinted at a reawakened faith (I saw a silver cross on a thin chain around his neck, as well as a guitar shaped brooch on his lapel).  His previous album Rock Bottom Rhapsody came out in early 2020 when the pandemic started and he was just about to tour with a full band.

At one point Pokey picked up a little walkie talkie and said that he needed someone out on the stage.  A minute later special guest vocalist Addie Hamilton made a classic Hollywood star entrance, dancing out in a 1950s floral dress, reminiscent of Marilyn Monroe with her blond waves.  They made a great pair singing “Love Is A Four Letter Word” with Addie holding the mic for them both as they came out to the edge of the stage together.  They also did a great job on a  Bo Diddley cover where they traded off verses.  This was one of my favorite moments of the night.

Then it was back to solo Pokey for a number of songs ending with the energetic new “Fine To Me” which he has described as “kinda 60s-Bobby-Darin-meets-Junior-Wells”.Pokey was bobbing up and down as he sang and played this joyful new song.

After a standing ovation, both Pokey and Addie returned for a rousing “Goodnight, Goodbye (Hope Not Forever)” and left the stage together with a deep bow and a flourish. 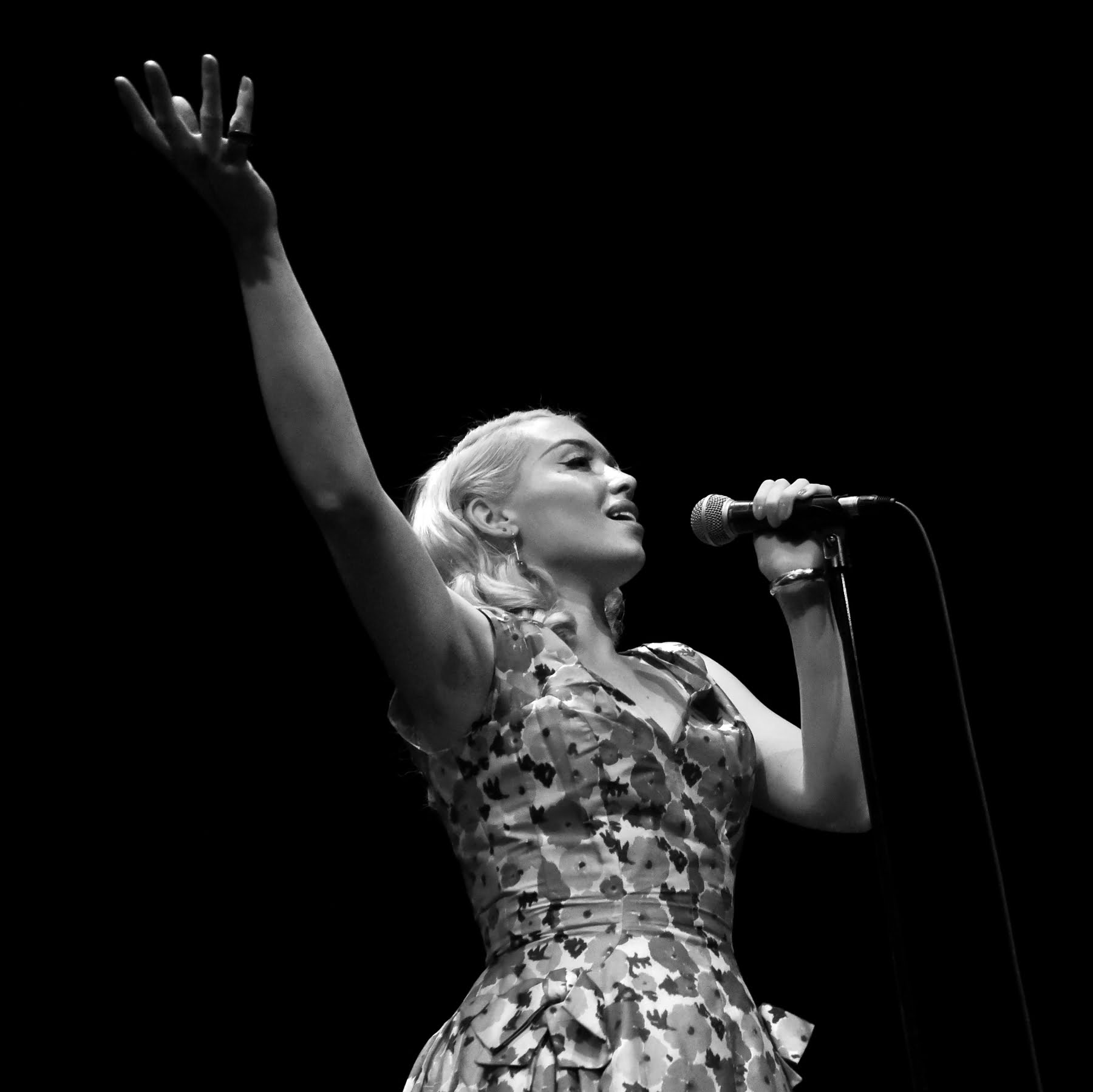 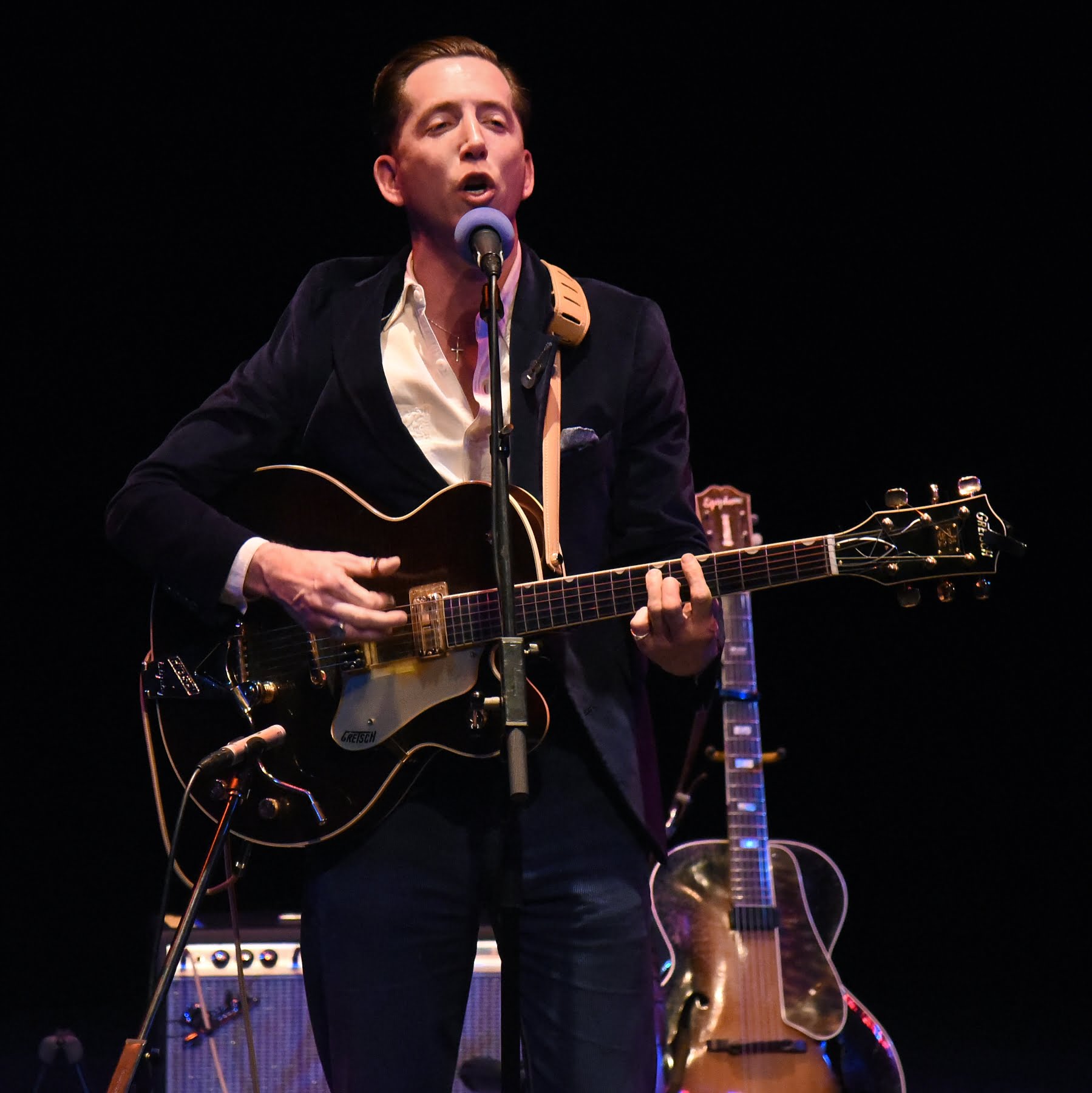 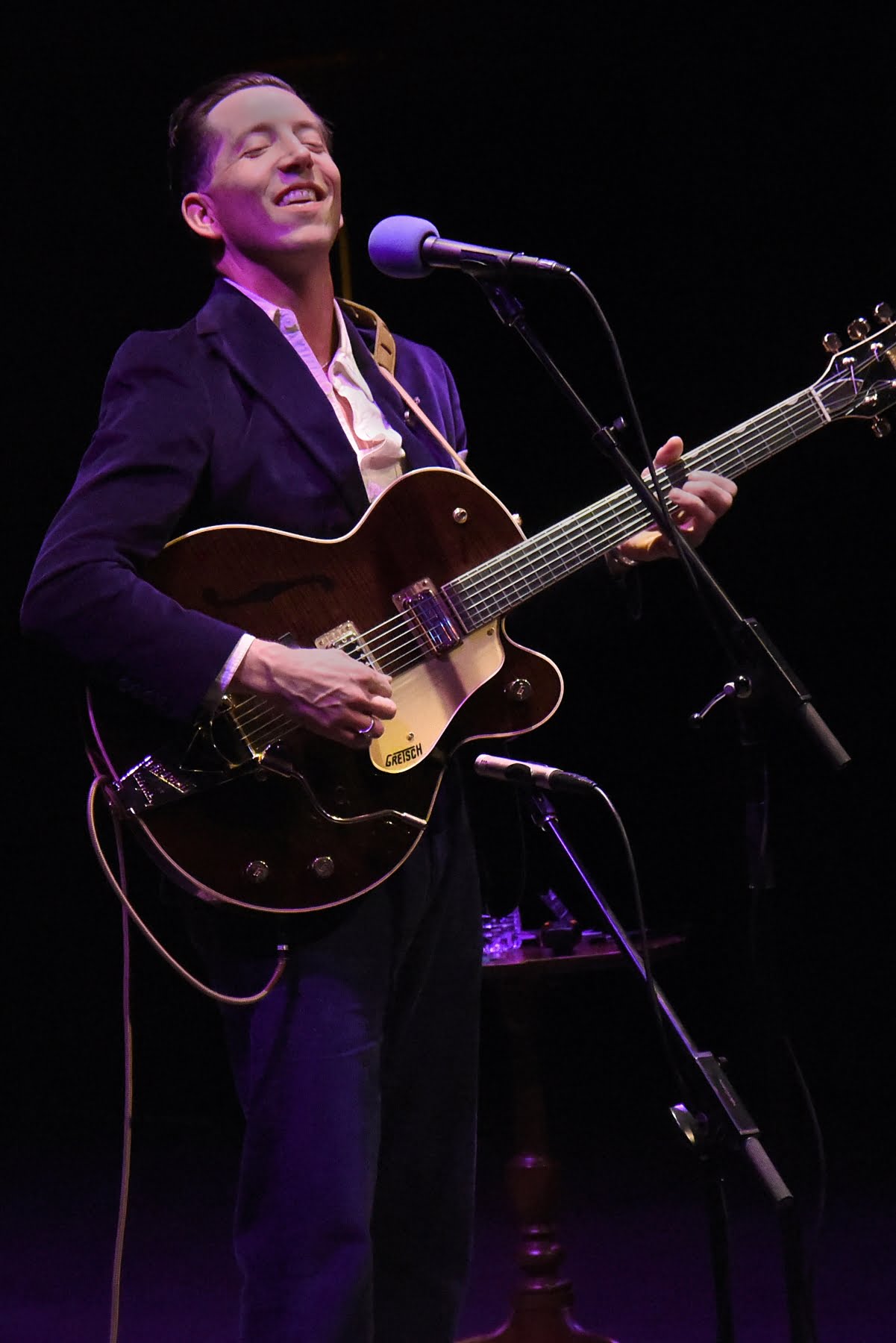 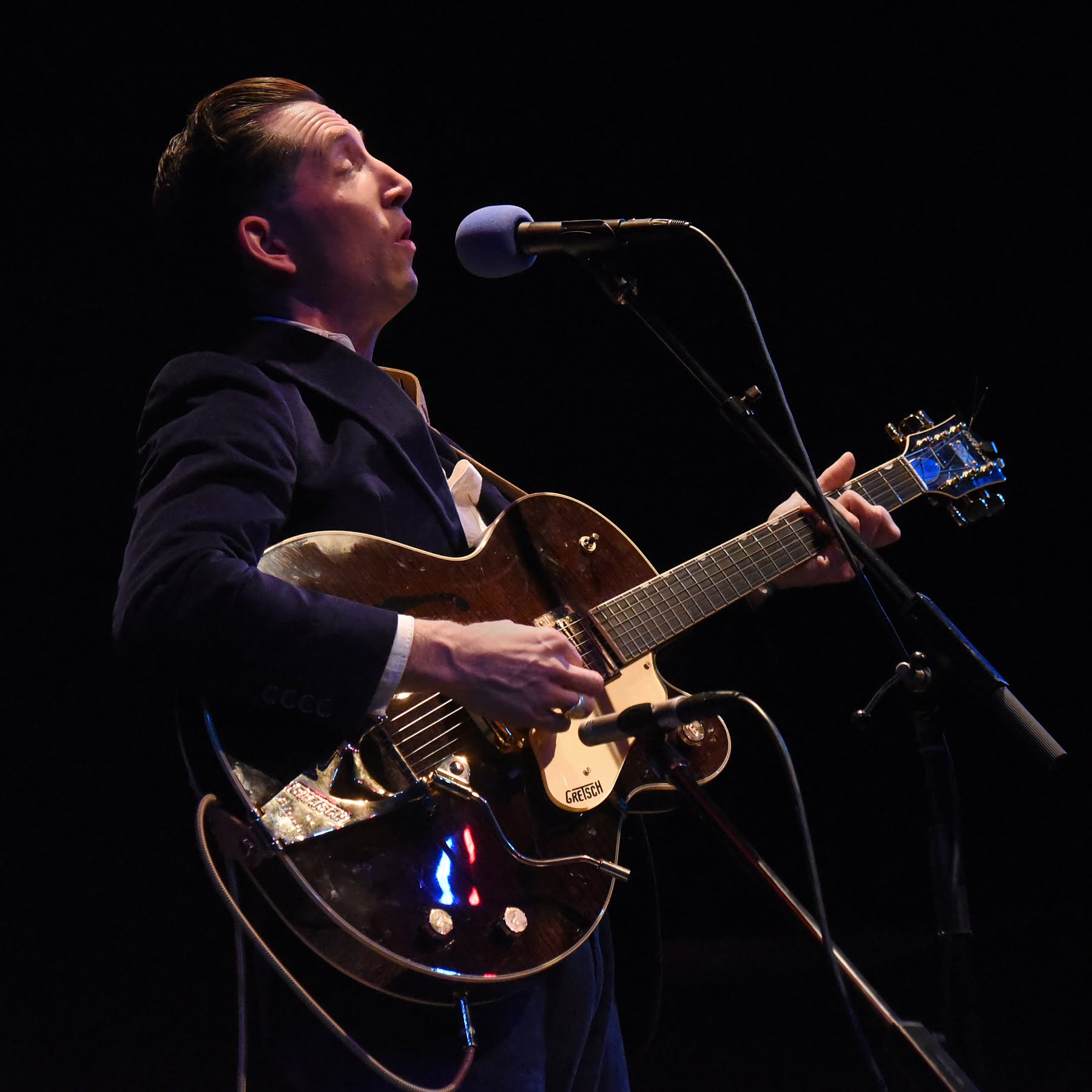 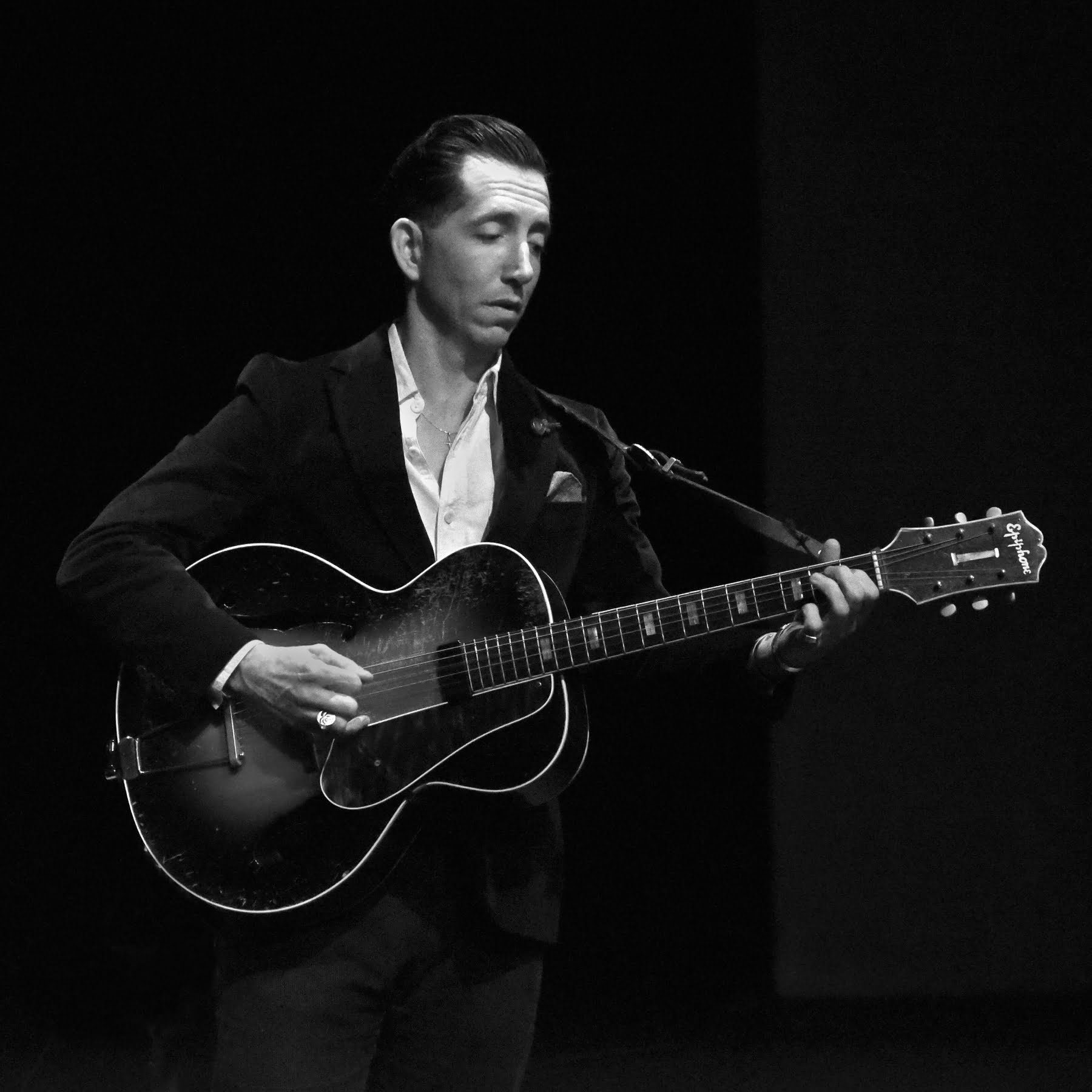 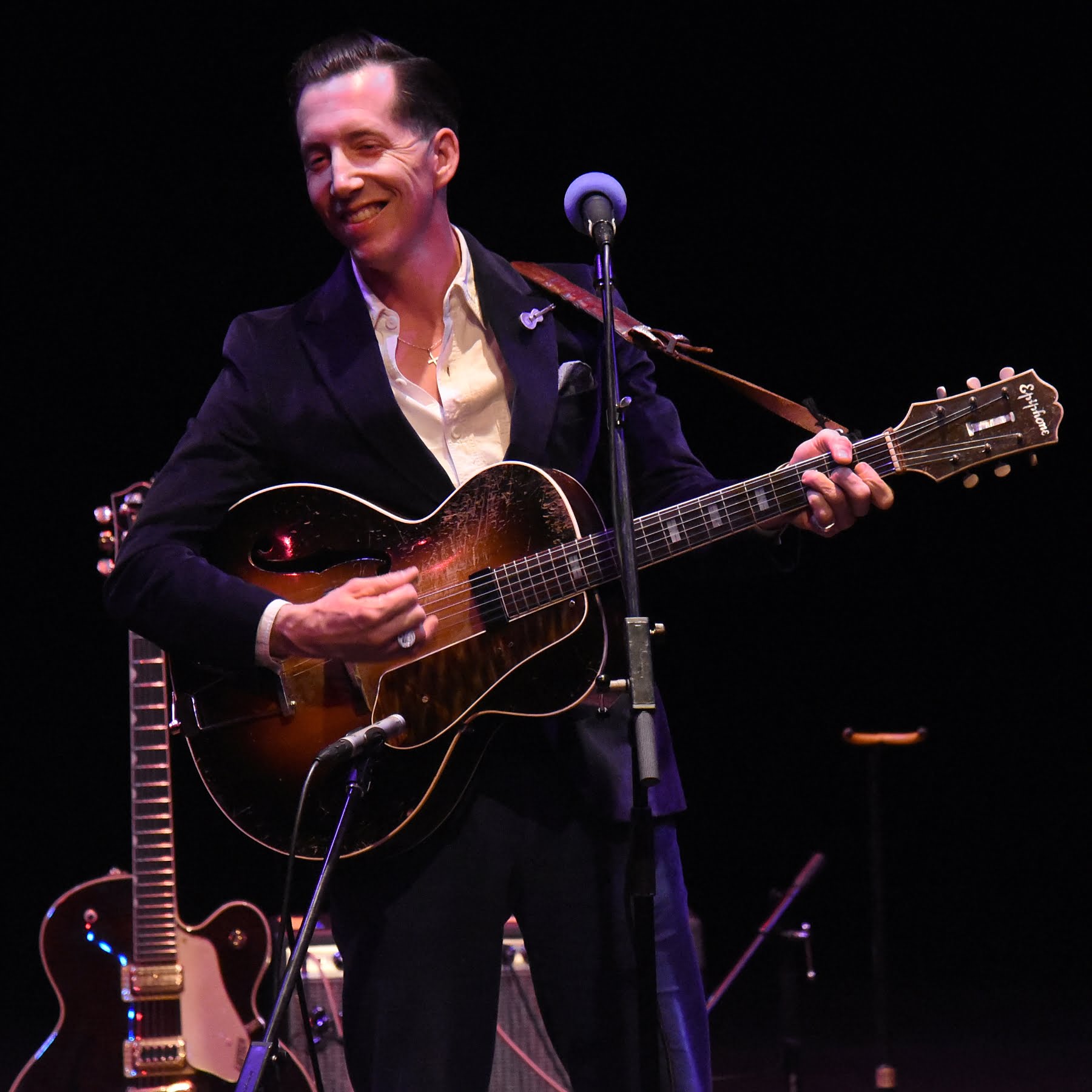 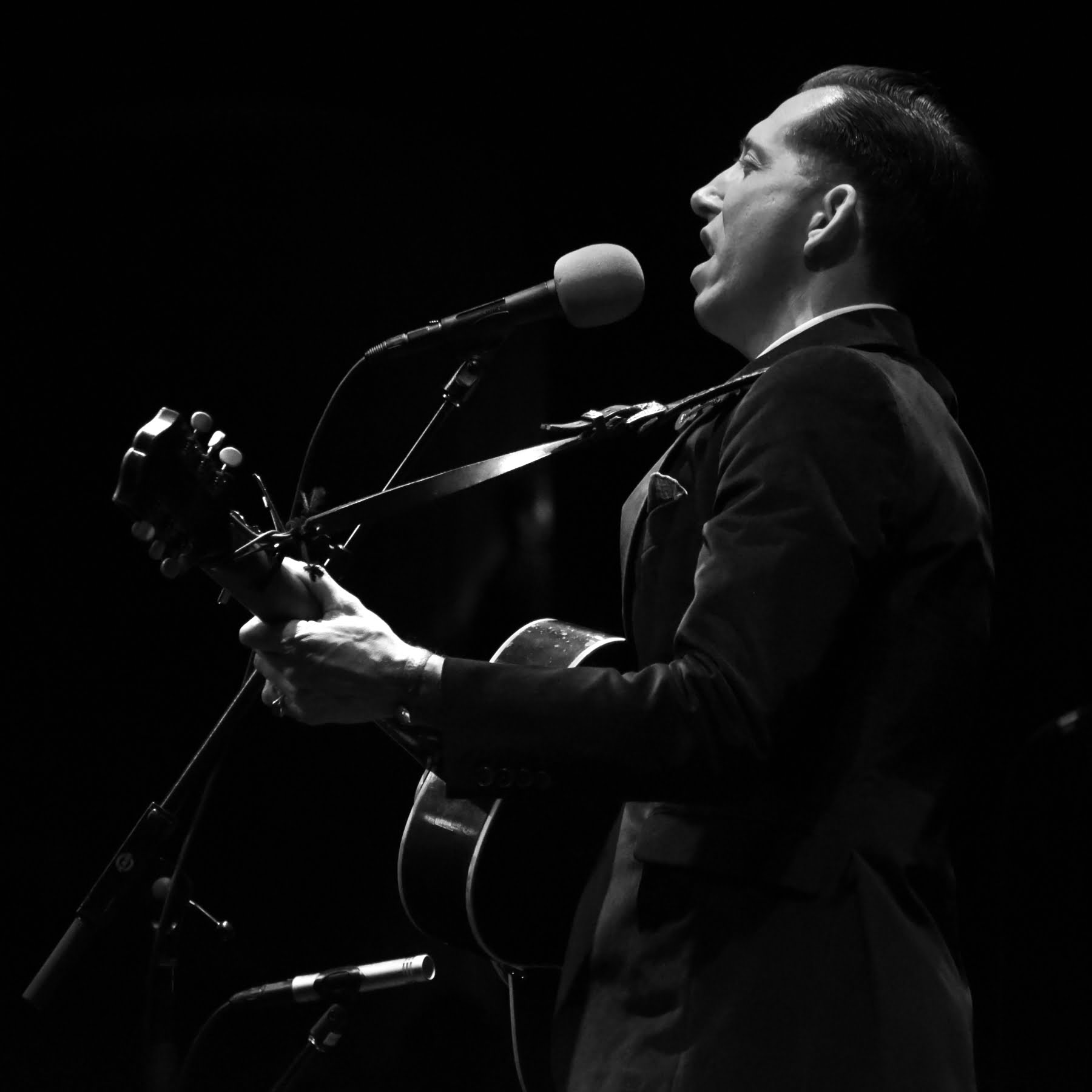 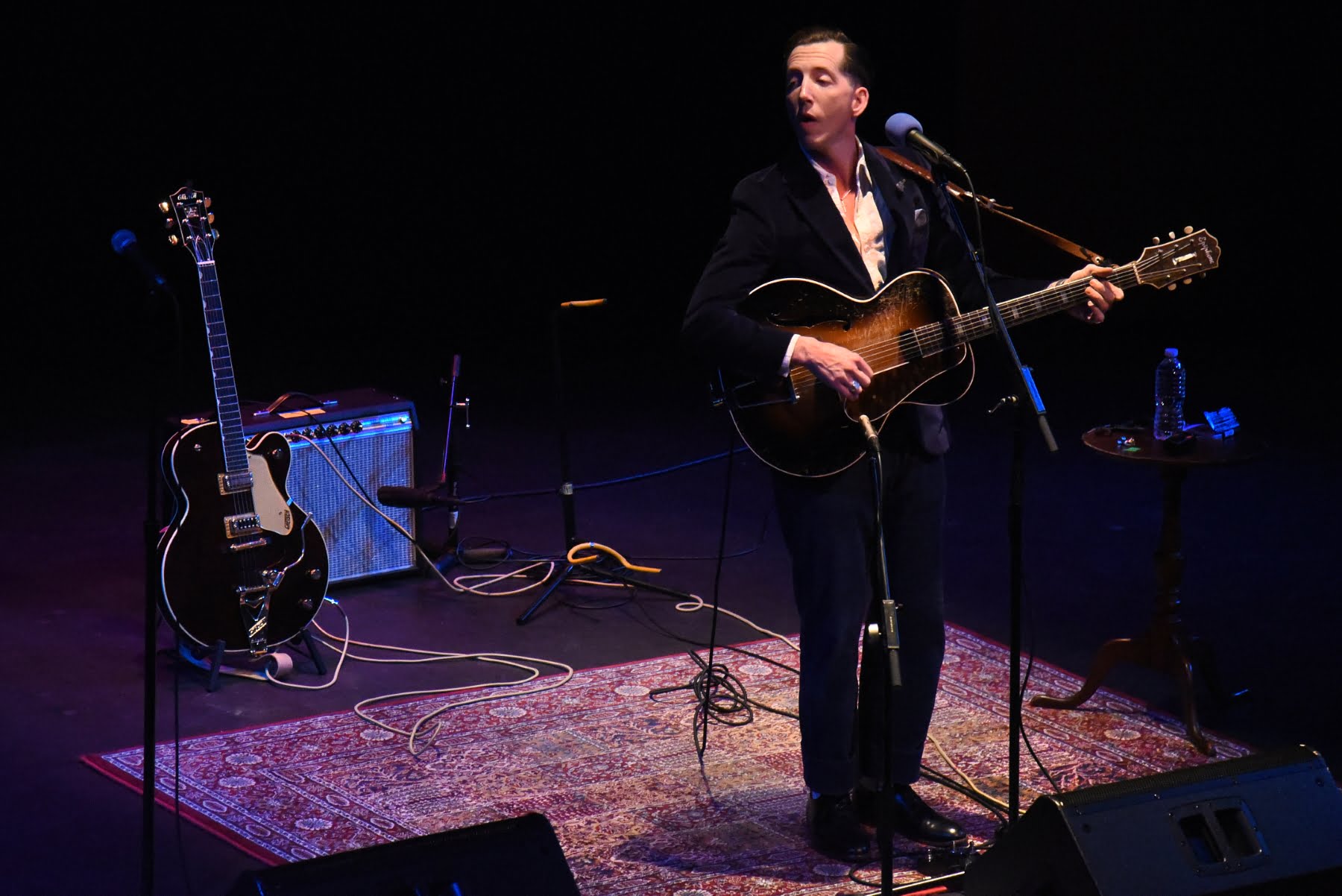 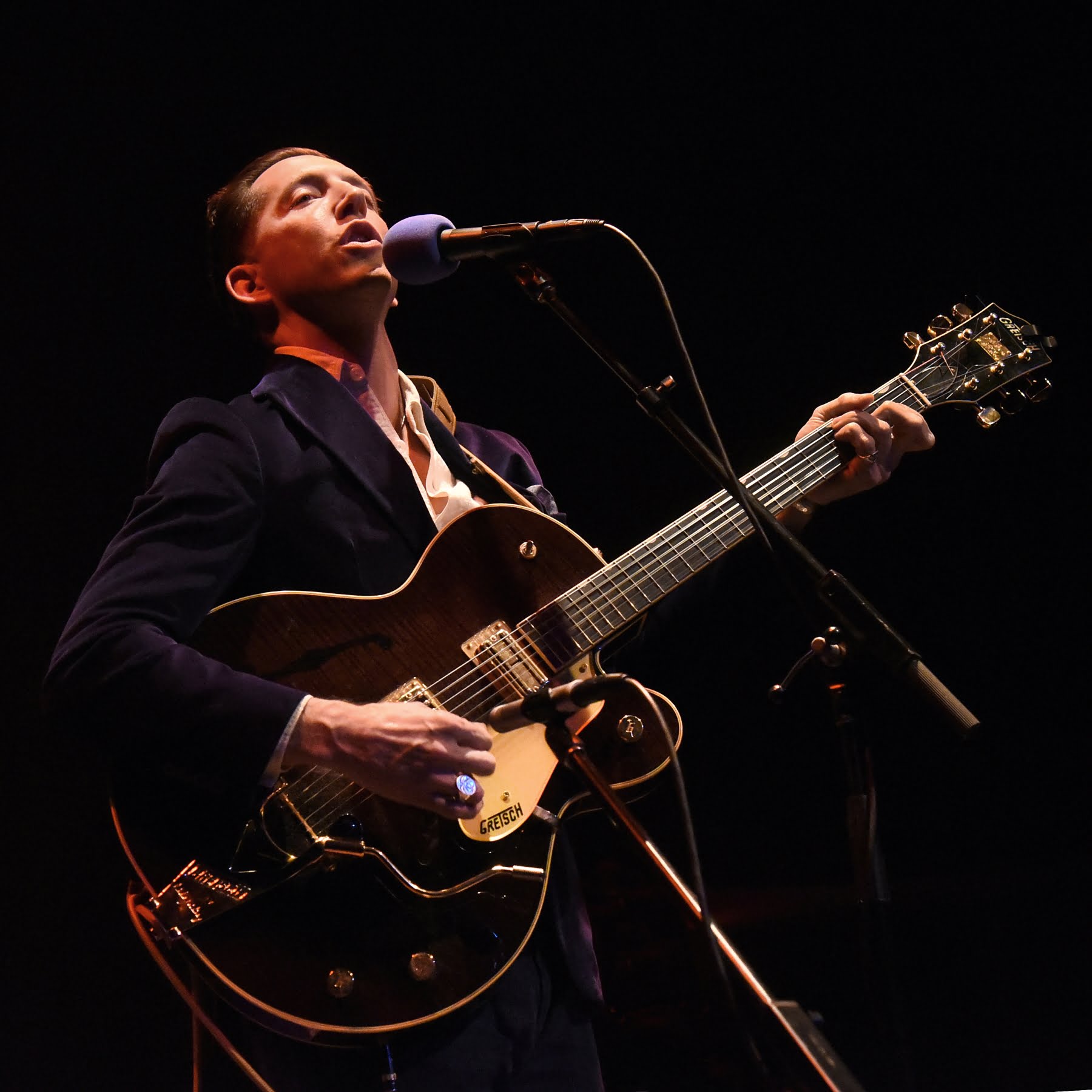 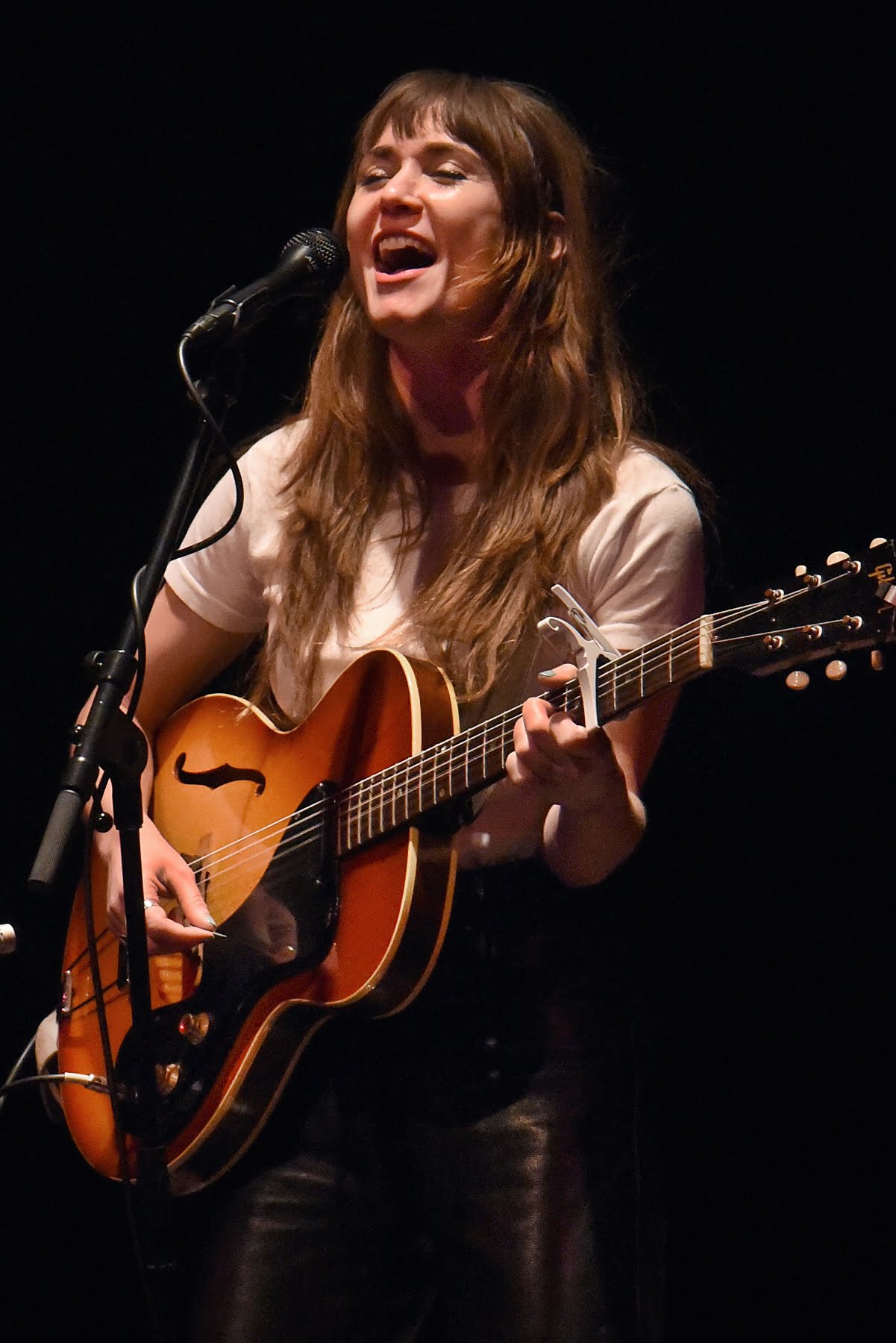 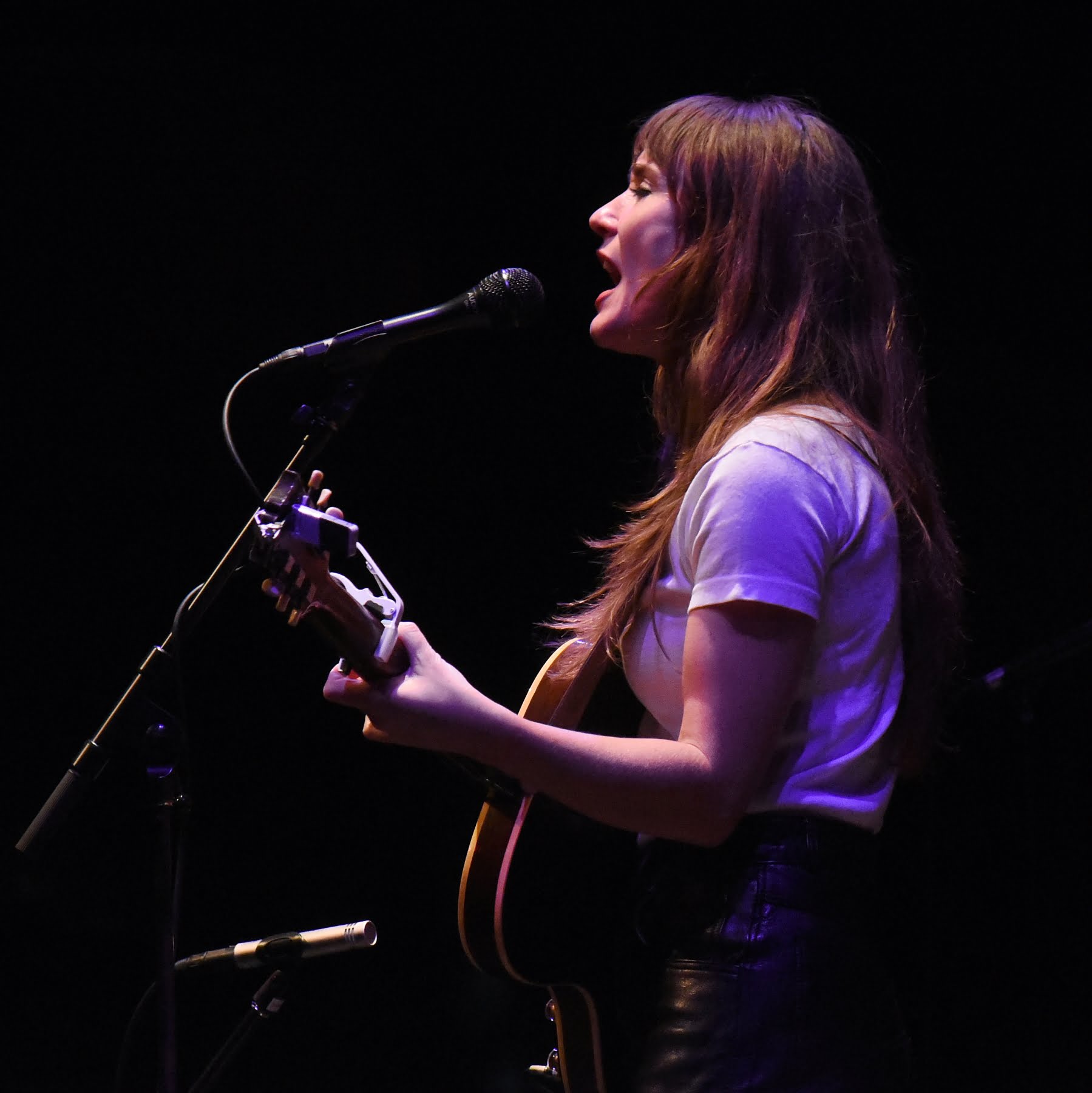 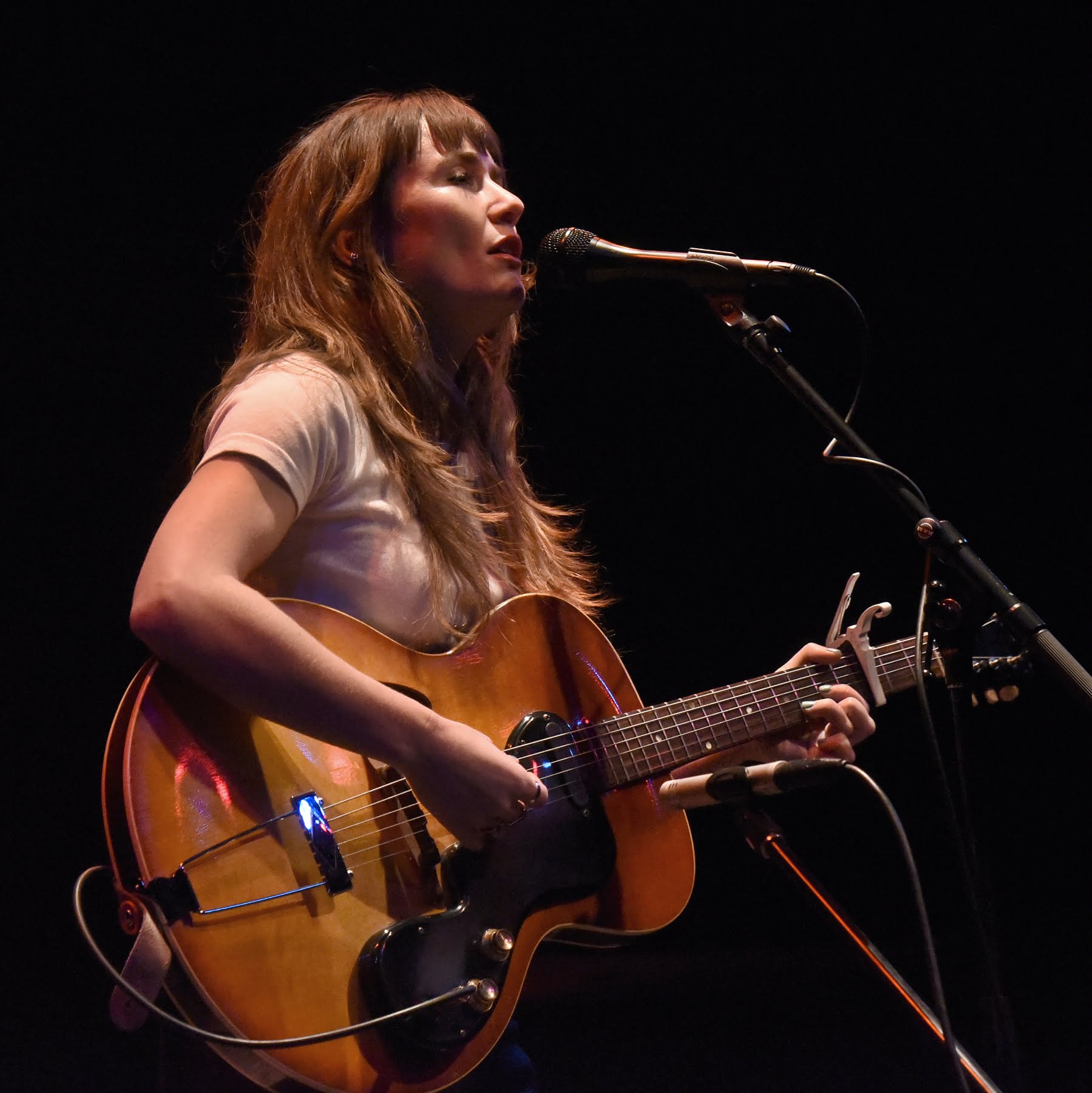 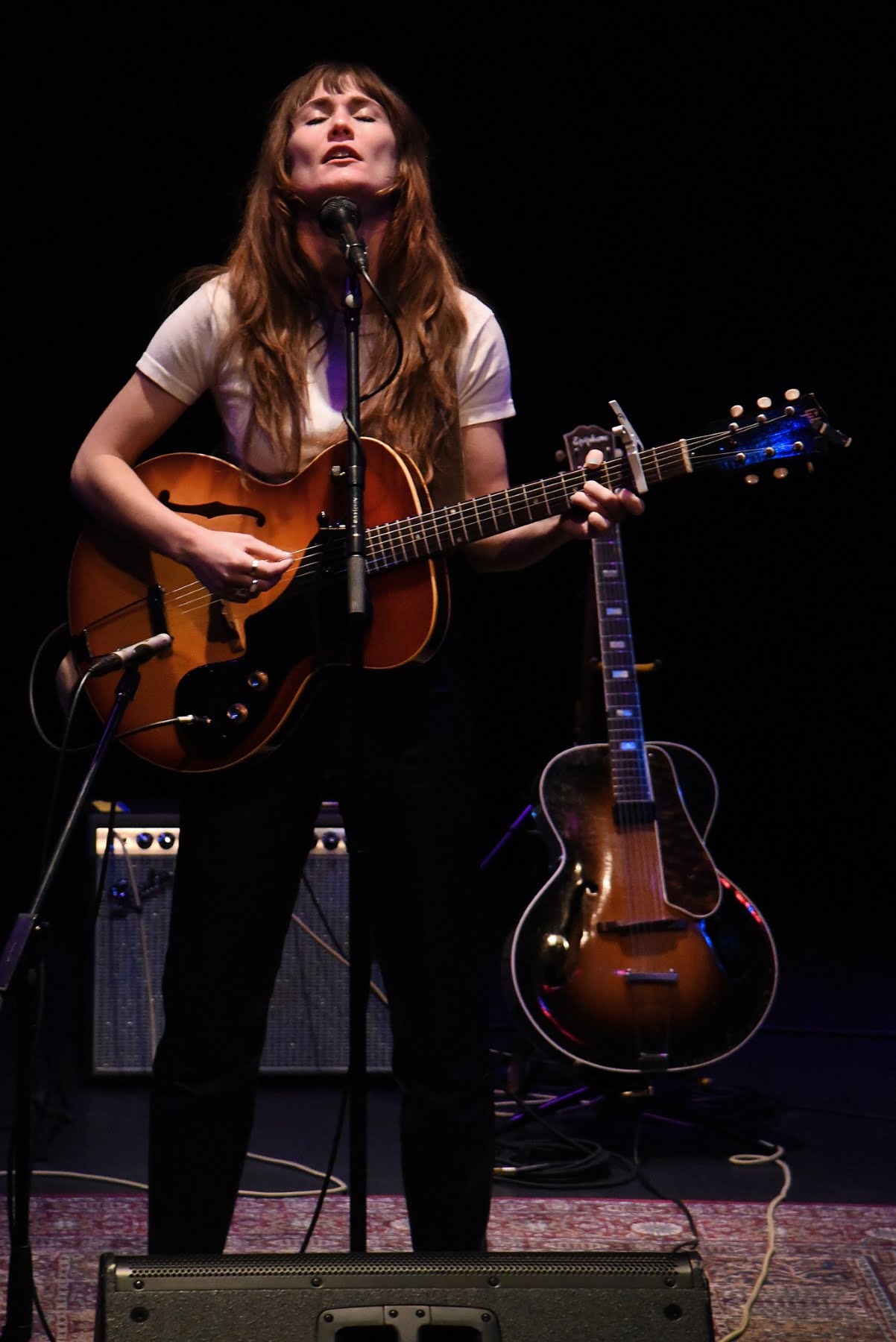 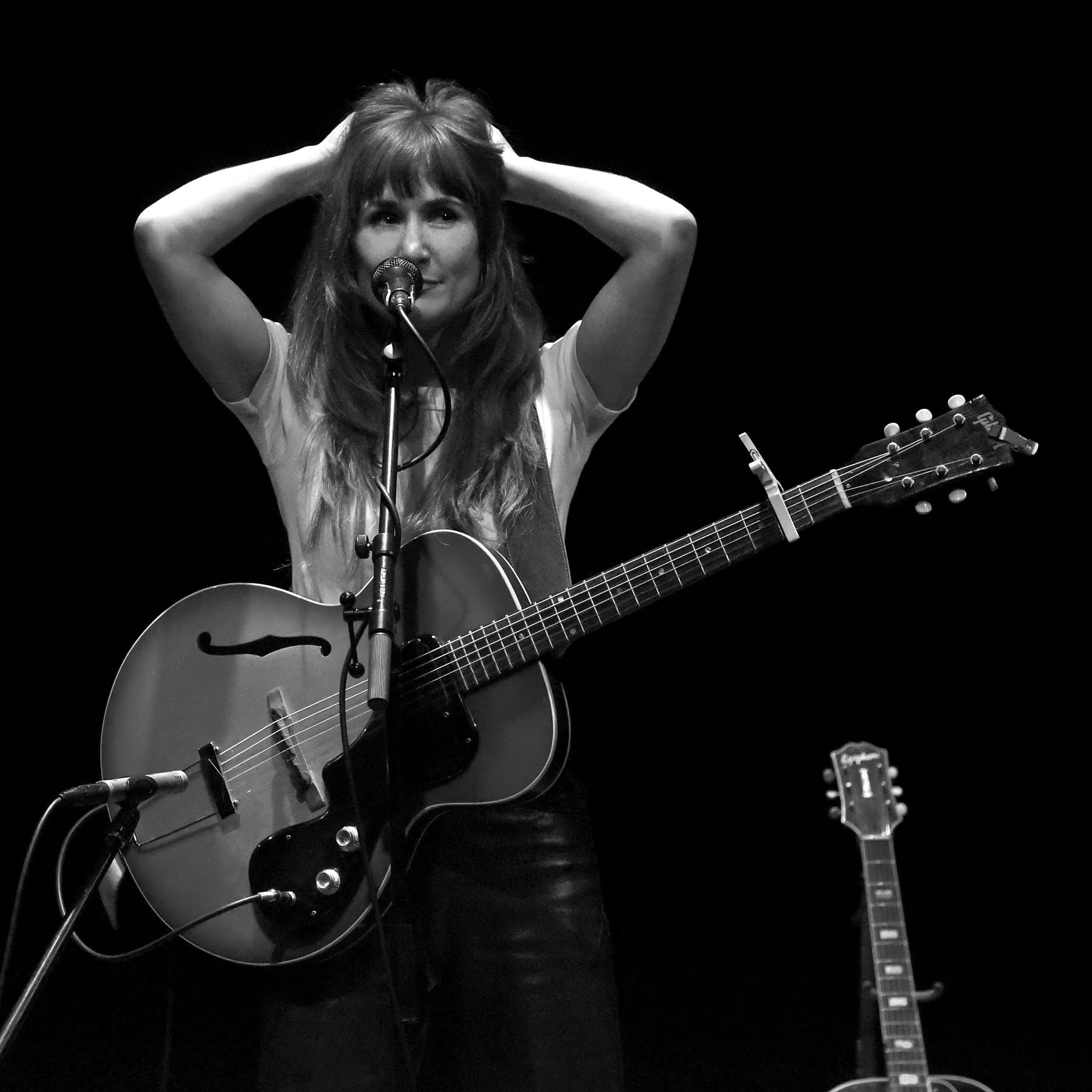 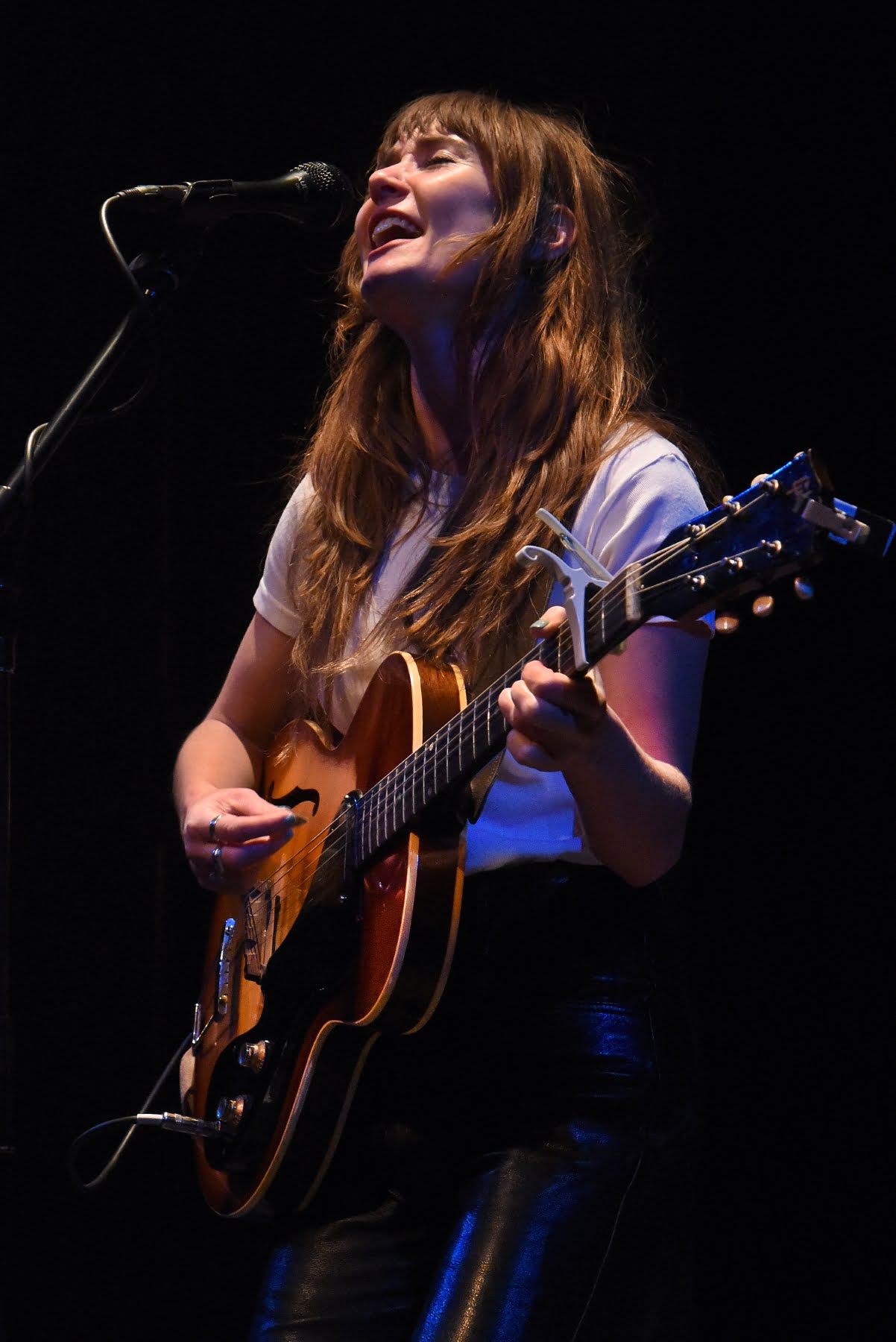 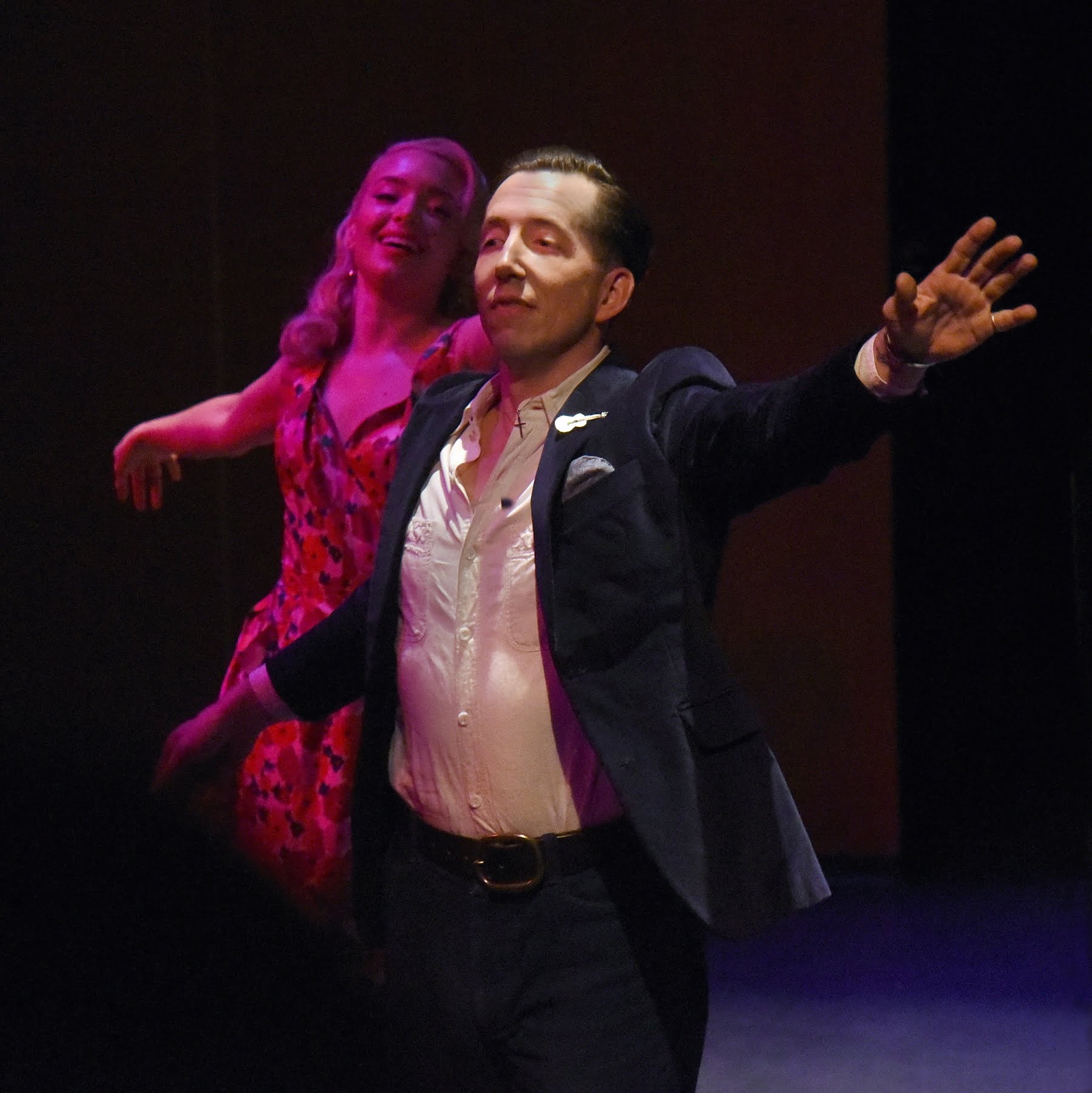 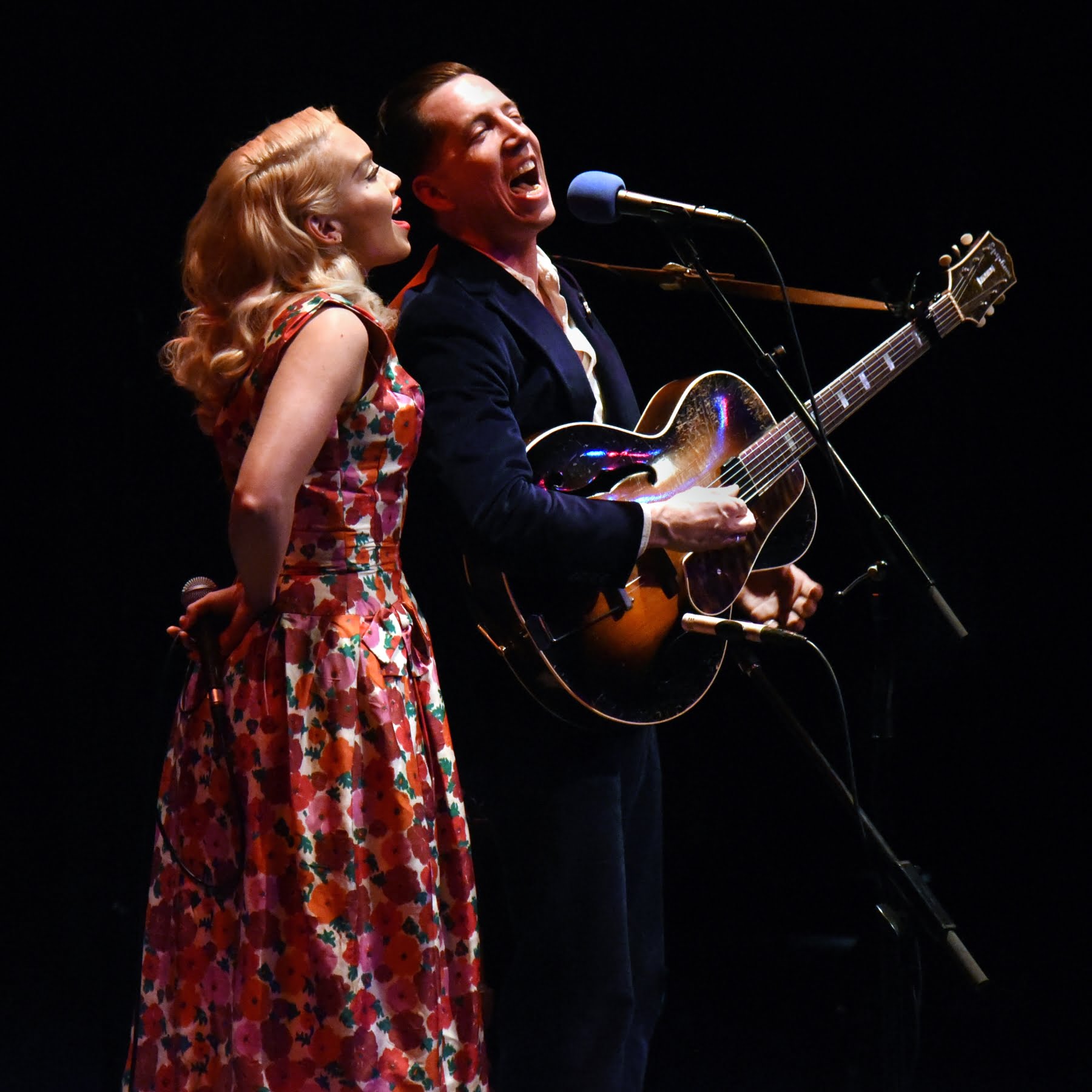 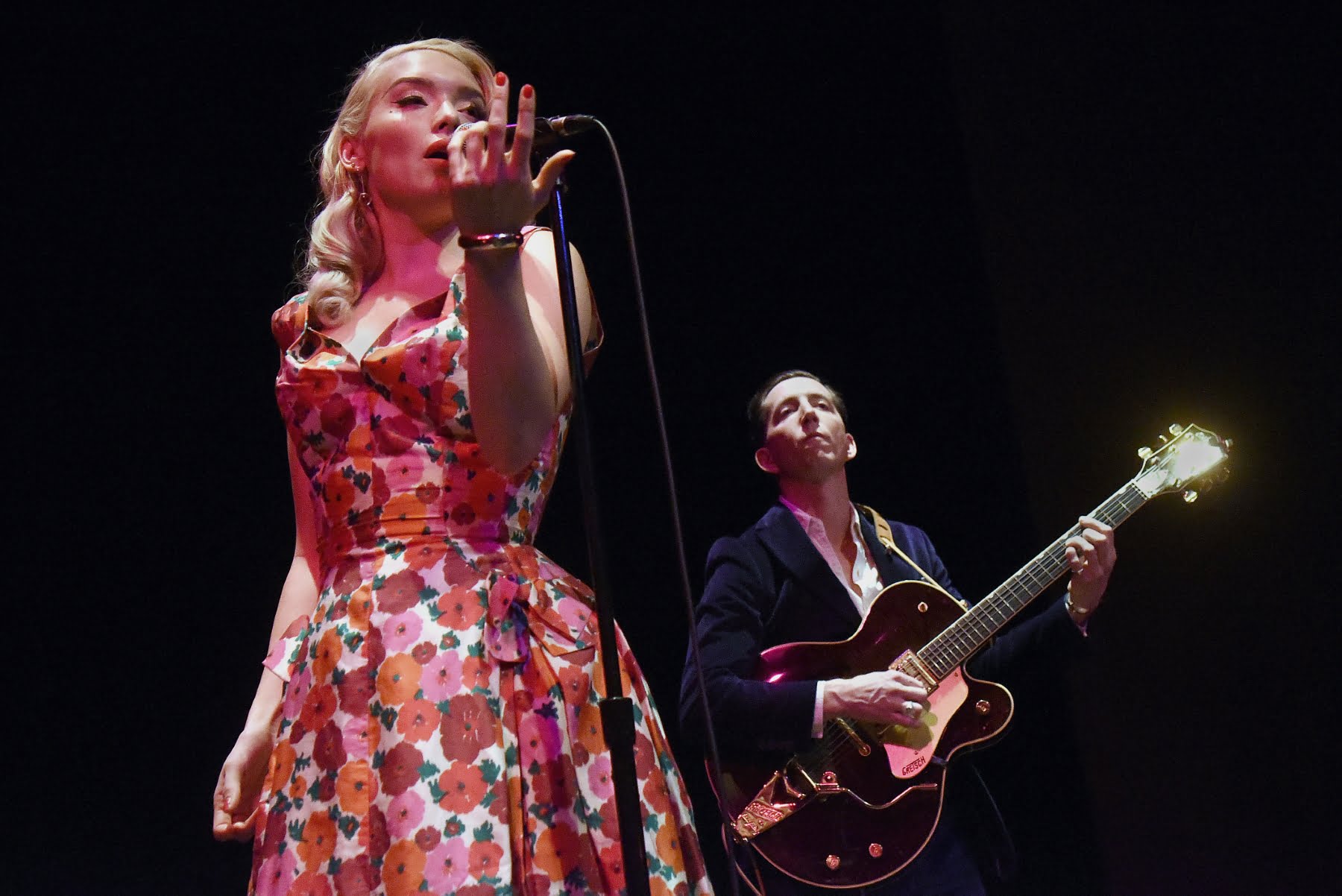