Up until recently, I only knew Joe Fiedler (pronounced “fyyd-lurr”) as a powerful jazz trombonist whose original compositions expertly straddled the gap between traditional and avant-garde. It was only because of this show at WAMC’s performing arts space that I found out Fiedler’s “day gig” was as Musical Director for the evergreen children’s television show Sesame Street. And thanks to a terrific presentation by Fiedler during the first half of the show, I found out more about how music is sculpted for that show than I ever thought possible.

This show was already unique because 3pm start times for jazz concerts are extremely thin on the ground; however, this allowed some audience members to bring a few of the current generation of Sesame Street viewers. Mind you, the show (“A global brand”, in Fielder’s words, now seen in the U.S. on HBO) is now in its sixth decade, so it’s not too big a stretch to say everyone in the full house – including those of grandparent age – had been part of the show’s prime demographic at some point in their lives.

Dressed casually in jeans, a blue button-down shirt, and a slouch cap, Fiedler sat on a high stool next to a dais that held his laptop. Although he had done this presentation many times, he hadn’t planned on doing it at The Linda. But once The Linda’s newly-minted General Manager Peter Hughes heard about the presentation, he thought, “There could not possibly be a more NPR thing than this!” Fiedler alternated between anecdotes about his twelve years with Sesame Street, sound clips of various tunes that had appeared on the show, and video clips of that showed the process a piece of music can go through before it ever gets on-air.

We learned the difference between arranging music and orchestrating it; we saw video of the “sound-alike” version of “Mama Mia” written for “The Biggest Tomato”, a song from “Elmo: The Musical”; how Elmo started out as a side character but morphed into the show’s lead over a 10-year period;  how “suggestions” from higher up the show’s food chain can make Fiedler’s life a little more complicated; how the music that comes from his ten-person staff covers almost every musical genre; and how certain musical motifs go with certain characters. Fieldler kept us all engaged and interested throughout the talk, and questions came from all over the crowd, from the pre-teen young man sitting at my table to some grandparent types in the back of the room. This segment started as a surprise and ended as a delight.

The second half of the show focused on Sesame Street music Fiedler had adapted for his own group and recorded on two Multiphonics Music discs, Open Sesame and the recently released Fuzzy and Blue. Here’s where Fiedler’s unique outlook on jazz came to the forefront, and he had two heavyweights on the front line to help put that outlook across: Trumpet monster Steven Bernstein, and reed wizard Jeff Lederer. Any one of these three players would have me sitting in the front row at any concert venue; having them all on the same front line was an early Christmas present for me.

Sean Conley’s funked up bass line led the band into the opener “ABC-DEF-GHI”, a song built around one of Big Bird’s many misconceptions. Fiedler and Bernstein were muted as Lederer took off on soprano sax, already showing this music’s alternative tendencies. Fiedler’s follow-up solo was unmuted, punchy, Honey Badger-aggressive, and definitely not for kids. Conley and drummer Michael Sarin kept the foundation straight and steady as the front line did its singular thing. They followed up “ABC” with the mysterious-but-fun “X Marks the Spot”, the signature song for classic Sesame Street character Sherlock Hemlock.

“I don’t remember him,” the pre-teen at my table said.

“I do,” said someone my age. Solidarity, baby! The grin on my face threatened to split my head in half as Bernstein held one long, high note straight out of his own band SexMob. Fielder and Lederer’s follow-up solos were just as gutsy, with Lederer blowing up on tenor sax.

Like I said, this music was definitely not for kids, which was apparent from just how deep the kids in the room sank into Fidget Mode. For the adults in the room, it was a sumptuous smorgasbord featuring a take on Kermit the Frog’s own signature song “It’s Not Easy Being Green” that was far more positive than the uber-morose original and had soaring three-part harmony on the opening verse. Fiedler also pulled out a take on “I Am Blue (Because I Am)” from the 70’s record Grover Sings the Blues and had big fun on “Put Down The Ducky”, which came from Ernie getting a saxophone lesson from Sesame Street’s resident jazz musician Hoots the Owl. Lederer’s tenor solo on this was epic; he did it one-handed because he had a rubber ducky – which he never put down – in his right hand.

“There’s really nothing in it but fun,” Fiedler told us towards the end of the concert, paraphrasing something once said by the late great Muppets impresario Jim Henson. That really sums up all the music Joe Fiedler’s Open Sesame laid on us during their hour-plus set. Jazz has always taken its material from classic tunes, most of them from the overplayed Great American Songbook. It can be successfully argued that many tunes from Sesame Street have made just as big an impact on people’s lives as anything written by Cole Porter or Jimmy Van Heusen, mainly because these tunes were usually the first memory of music kids would receive. Fiedler’s new takes on these groundbreakers took all us oldtimers back to those days while moving the music into a brand new space. Maybe the kids don’t appreciate it now, but give them a few years. It’ll grow on them. 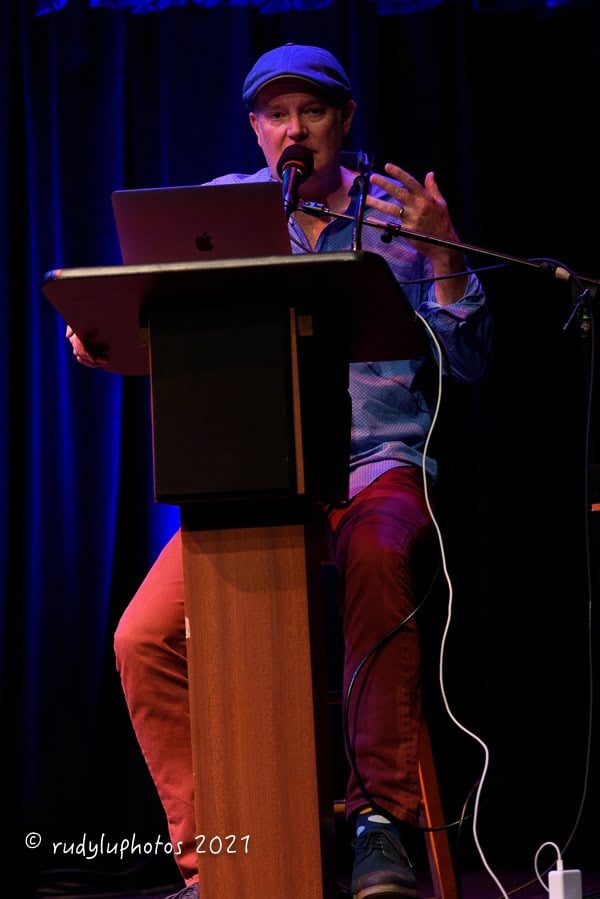 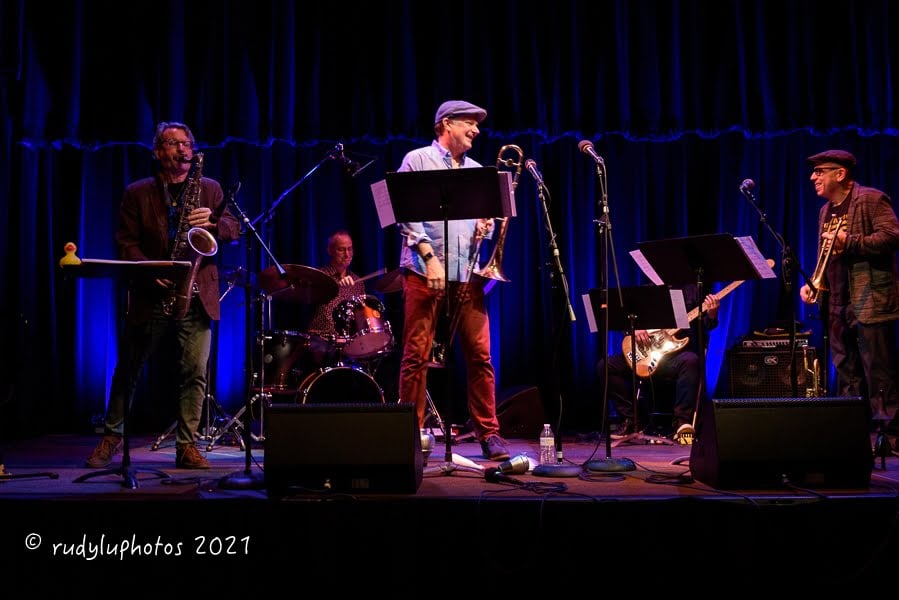 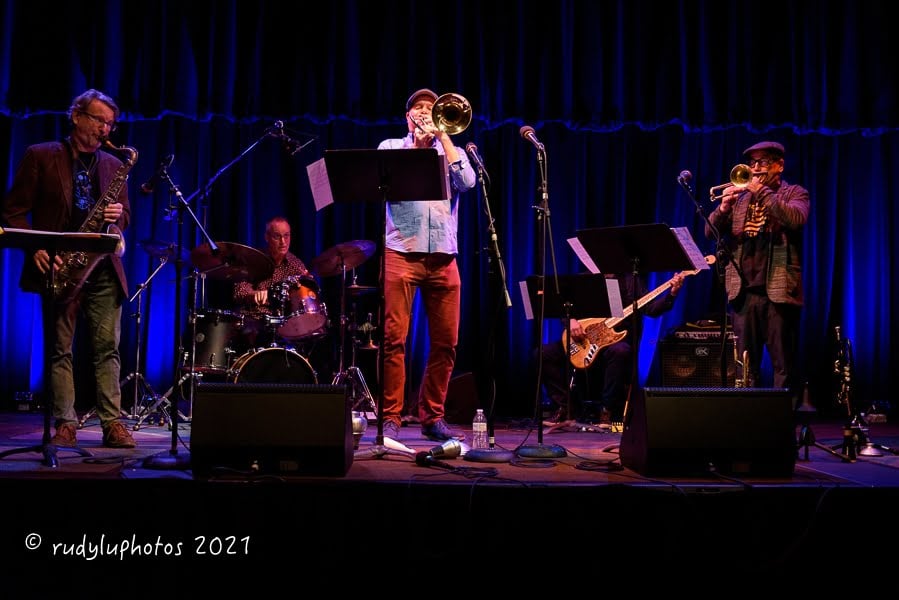 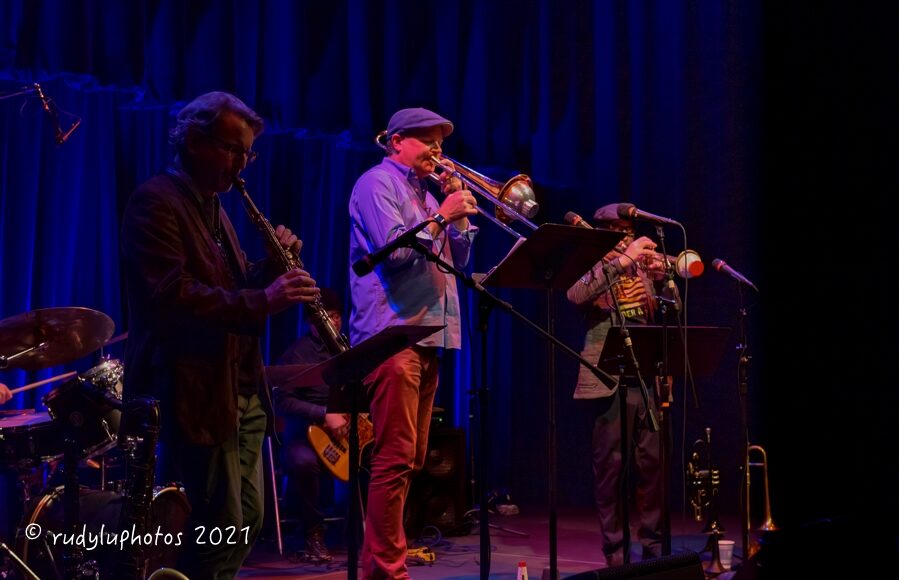 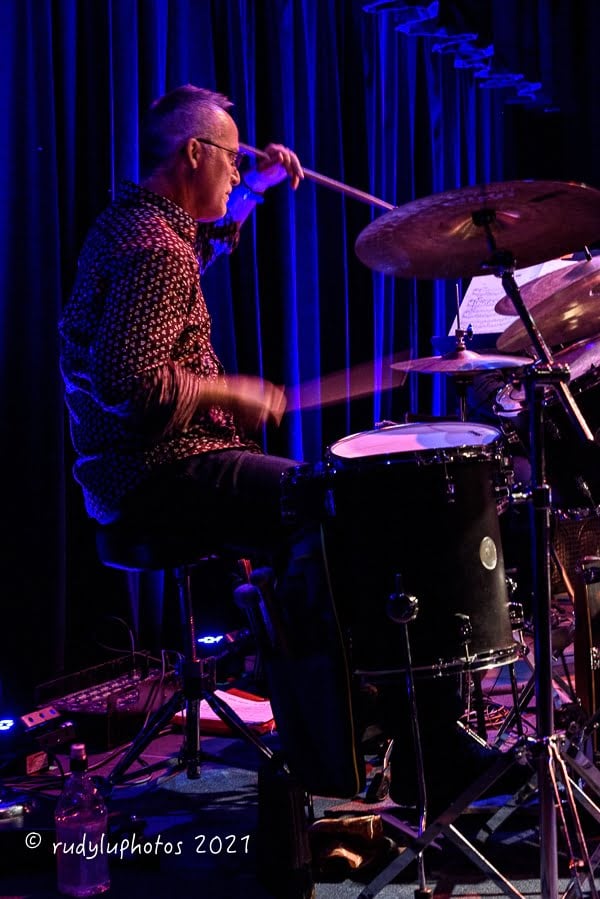 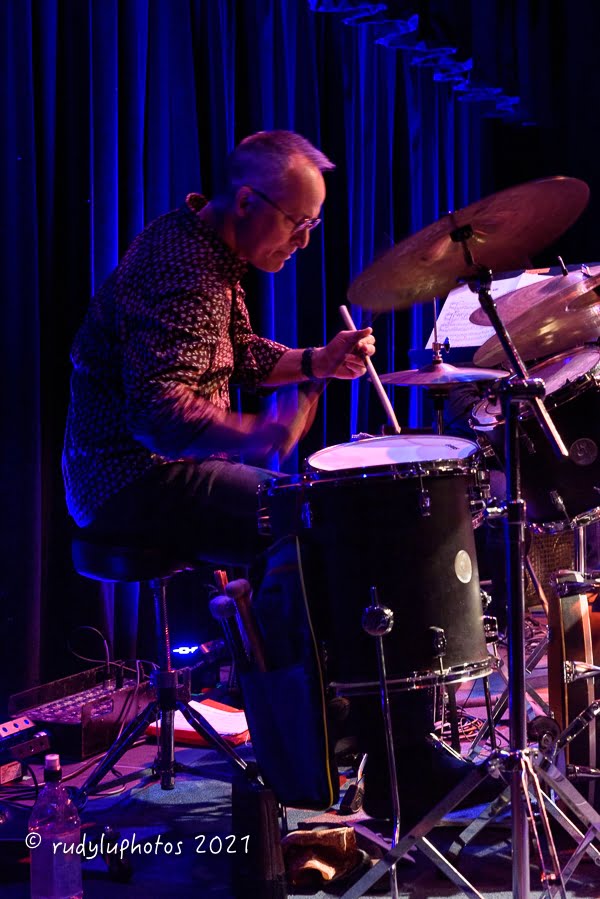 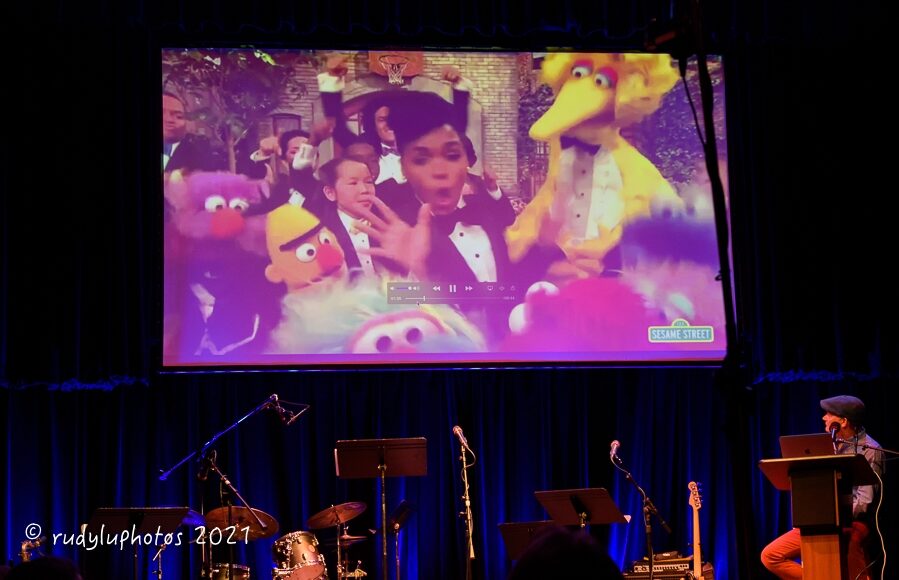 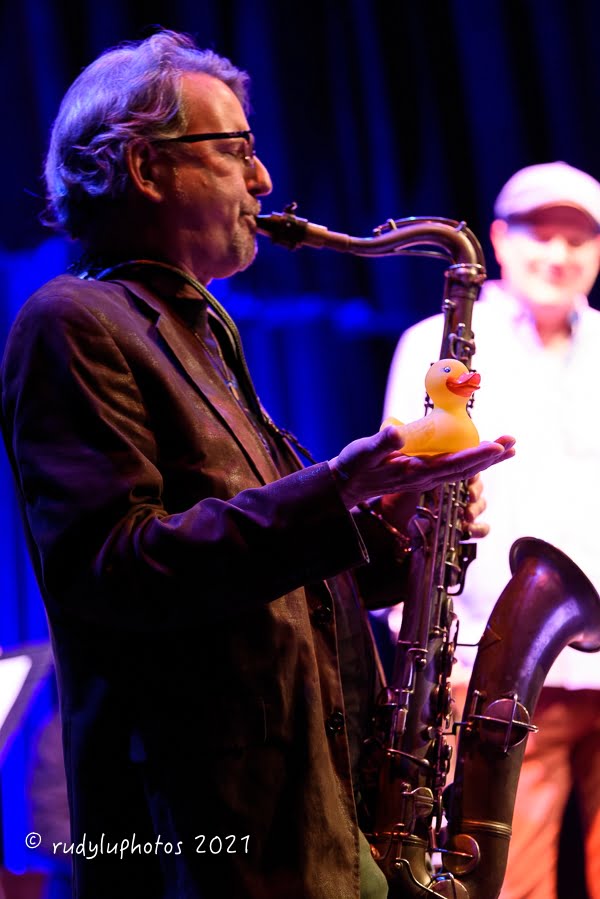 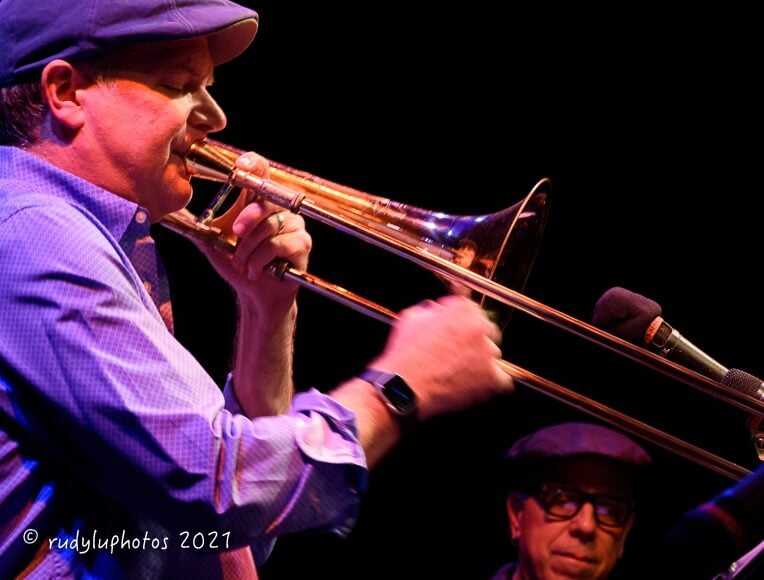 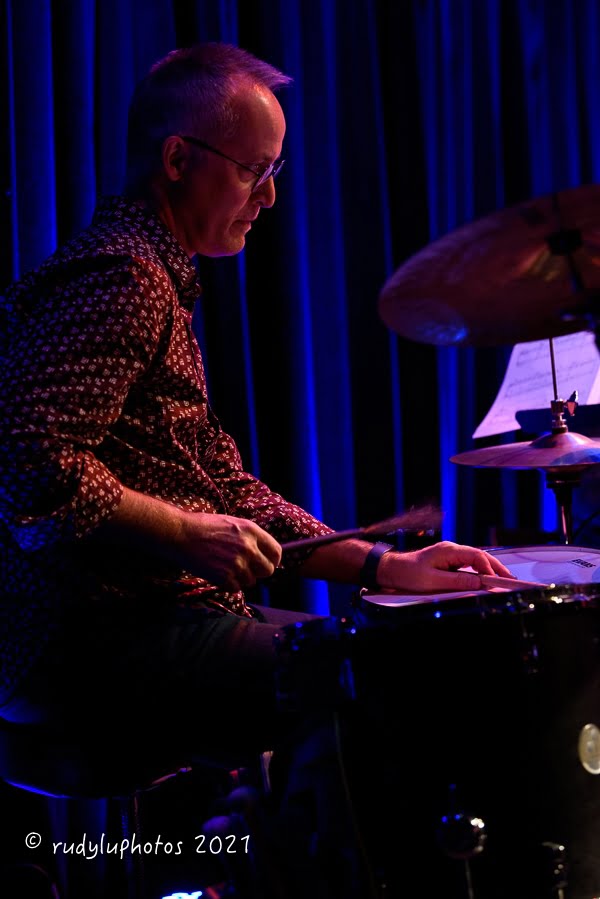 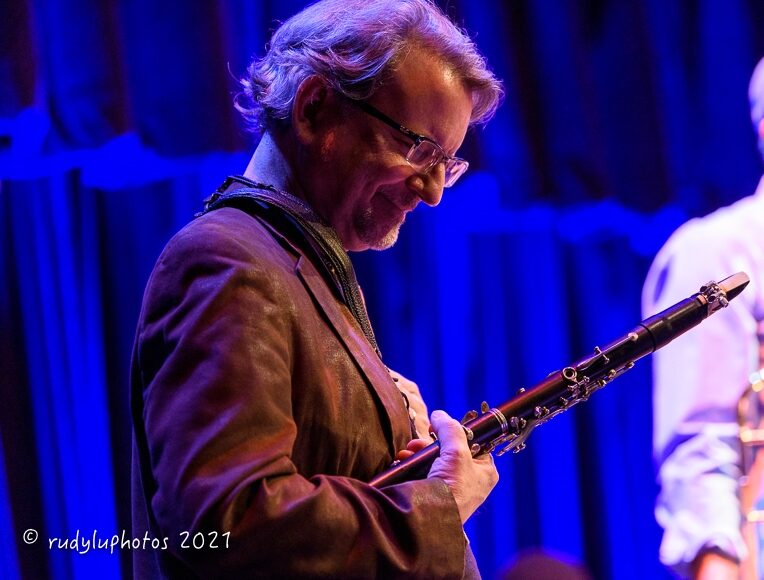 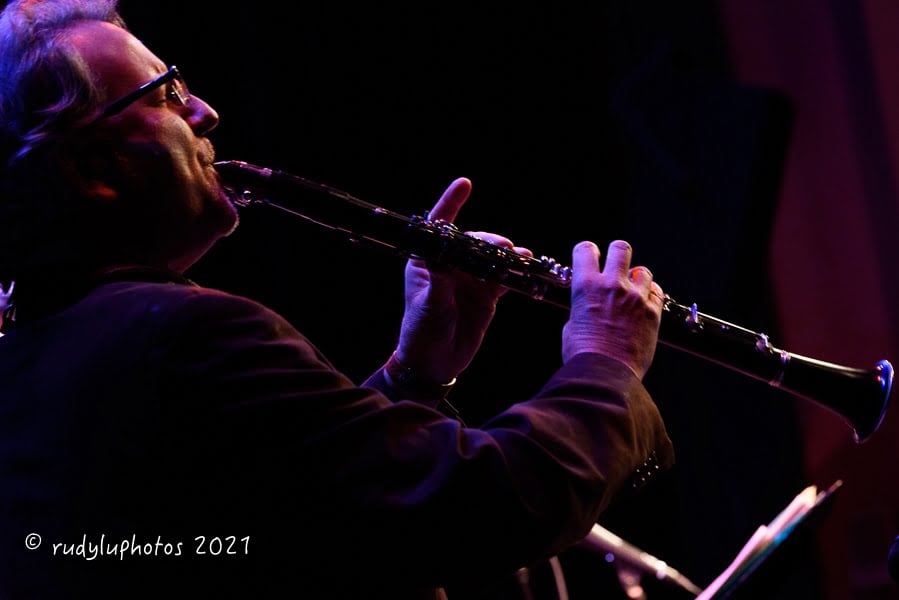 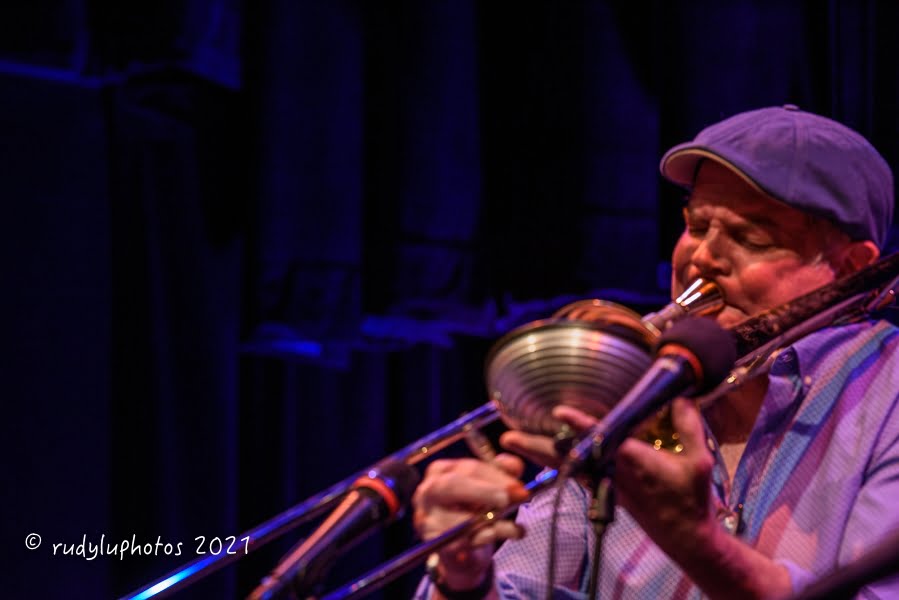 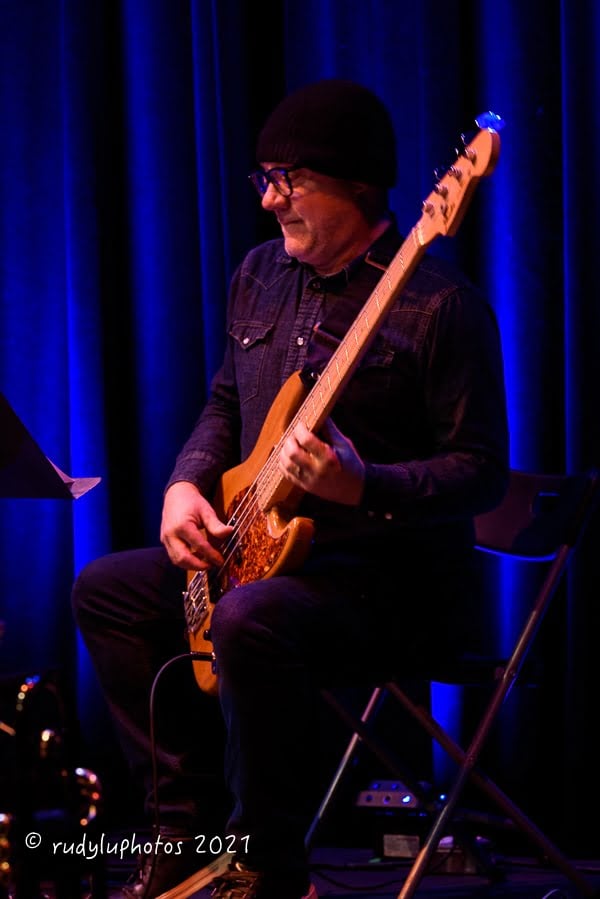 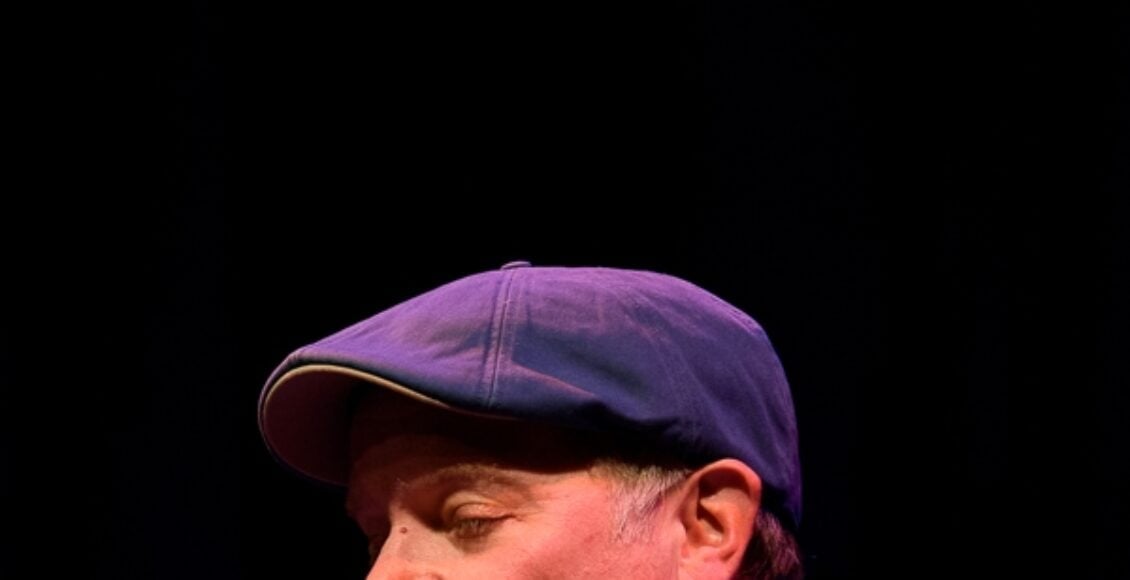 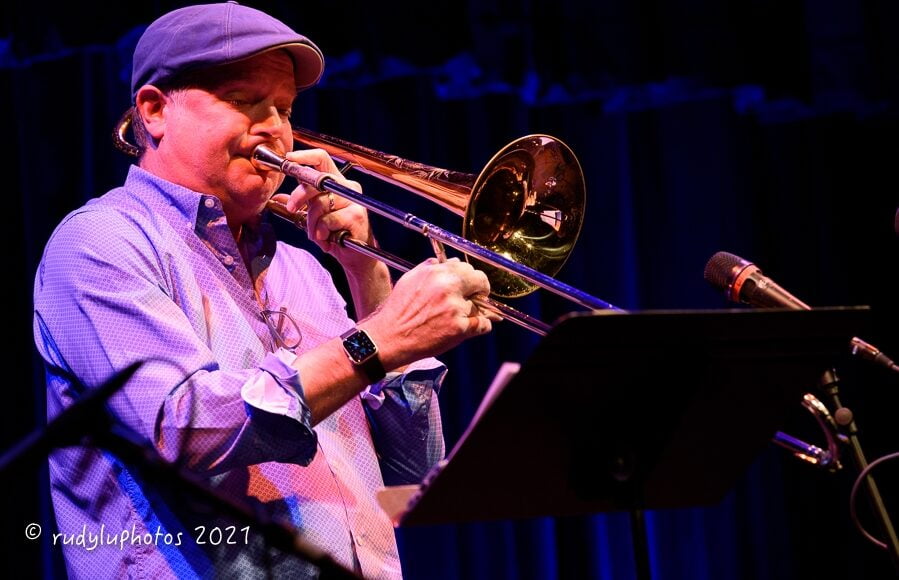 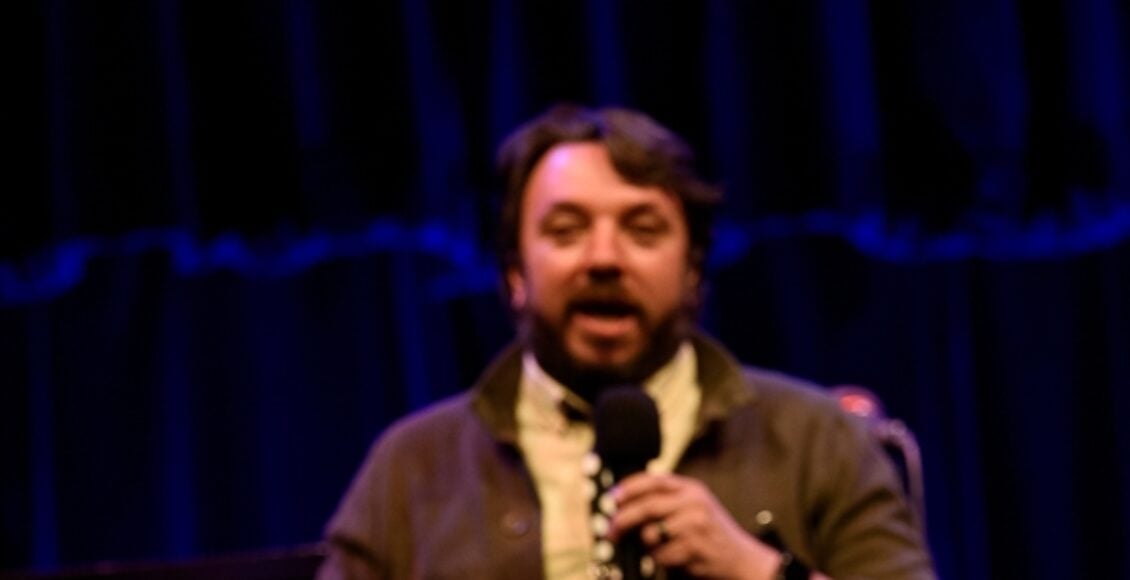