It’s a party when a towering sad clown with a beautiful singing voice belts out the lyrics from the theme to Gilligan’s Island over the music to Stairway To Heaven while scenes from Kevin Costner’s film Waterworld are projected on the big screen behind him.

It’s a party when opener comedian Dave Hill doles out Albany-specific pick-up lines while at the same time melting faces with his awesome guitar shredding.  It’s a party when a special guest the extremely flexible Jonathan Burns emerges from a rolling suitcase to squeeze himself through a toilet seat then pack and zip himself back into the suitcase.  It’s a party when Puddles tears into Toxic by Britany Spears and wanders into the crowd, plucking cell phones from audience members and randomly giving them to others.   And it’s a party when all three end the show with a rocking version of Lorde’s “Royals”.  It would be a pity to have missed it. 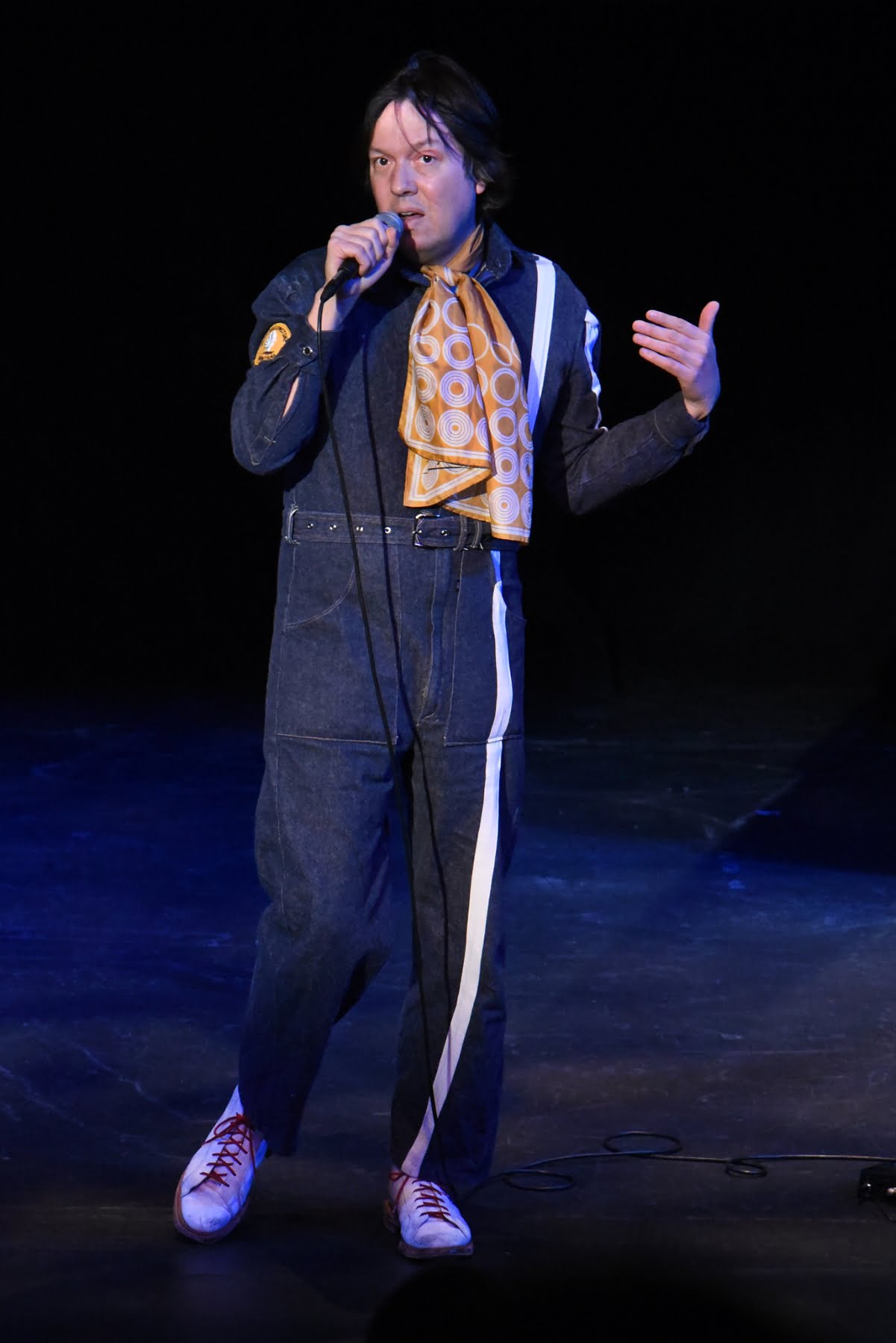 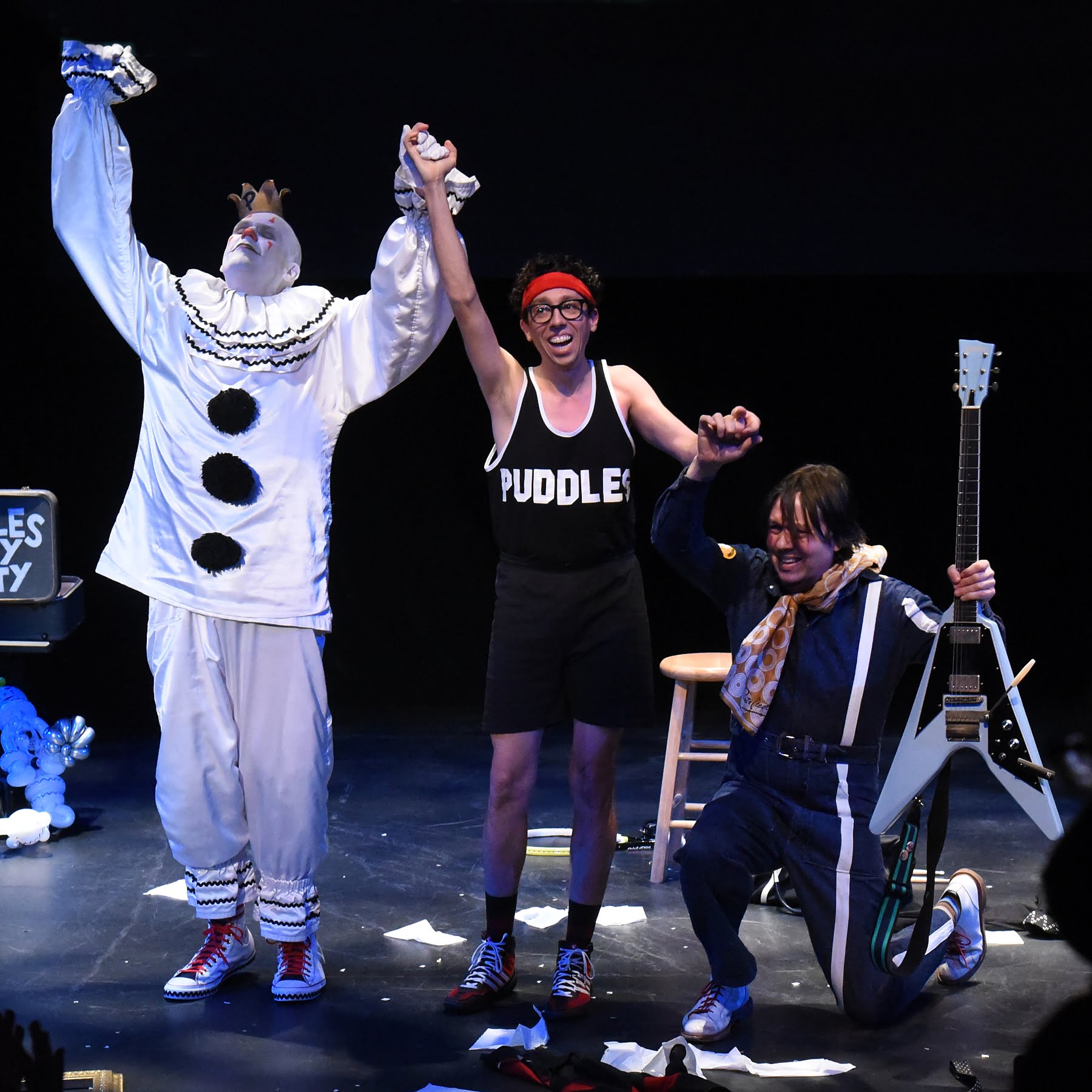 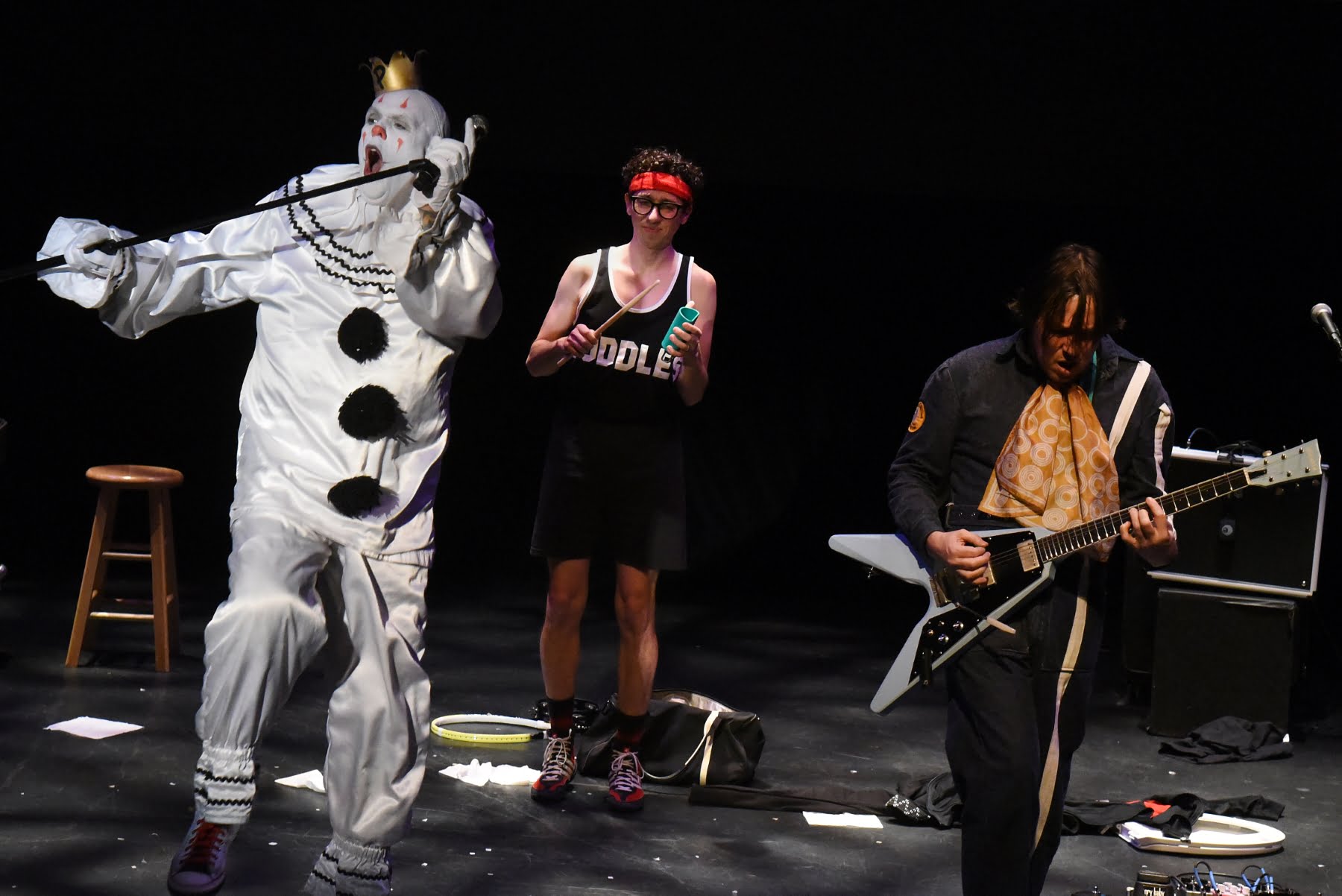 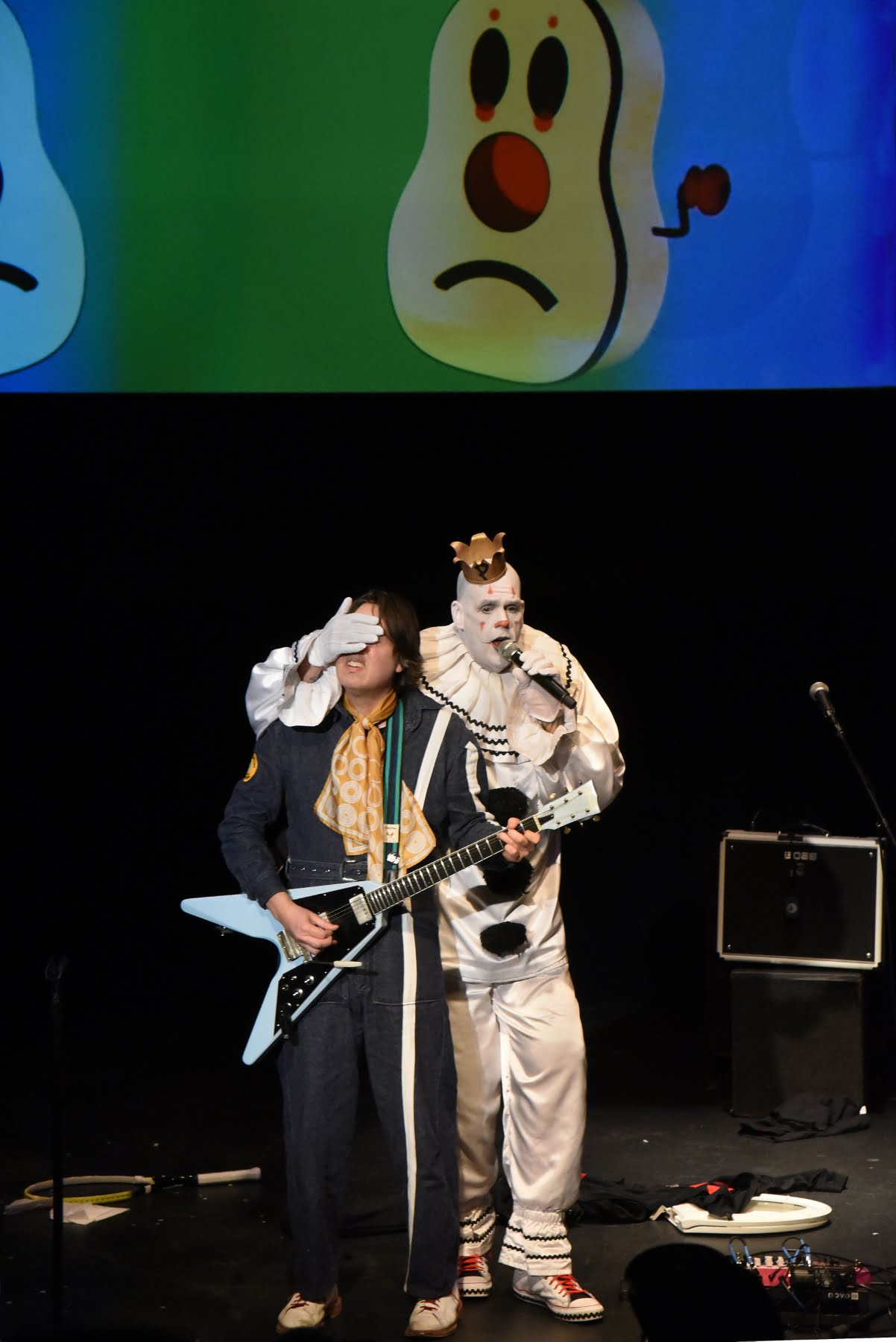 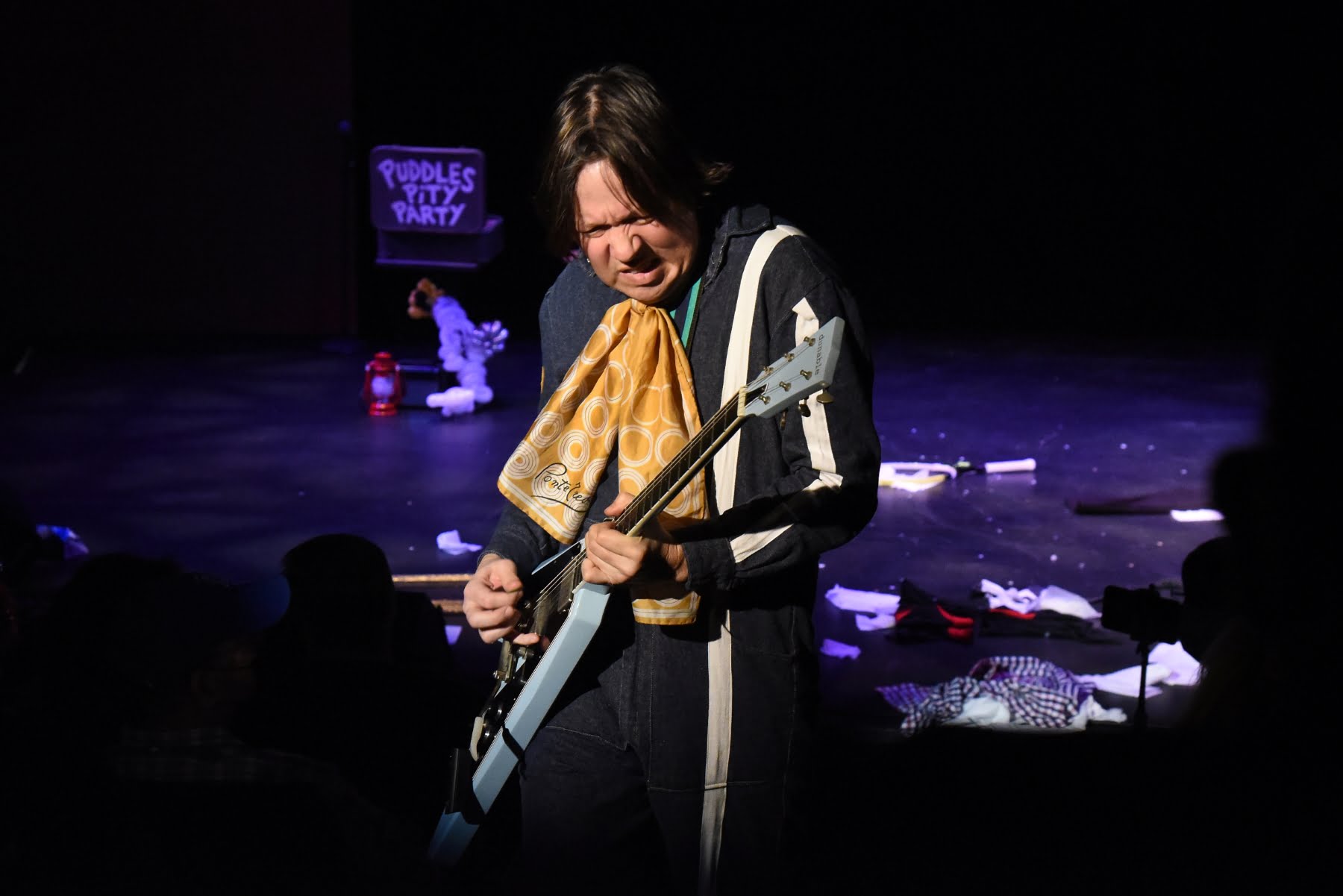 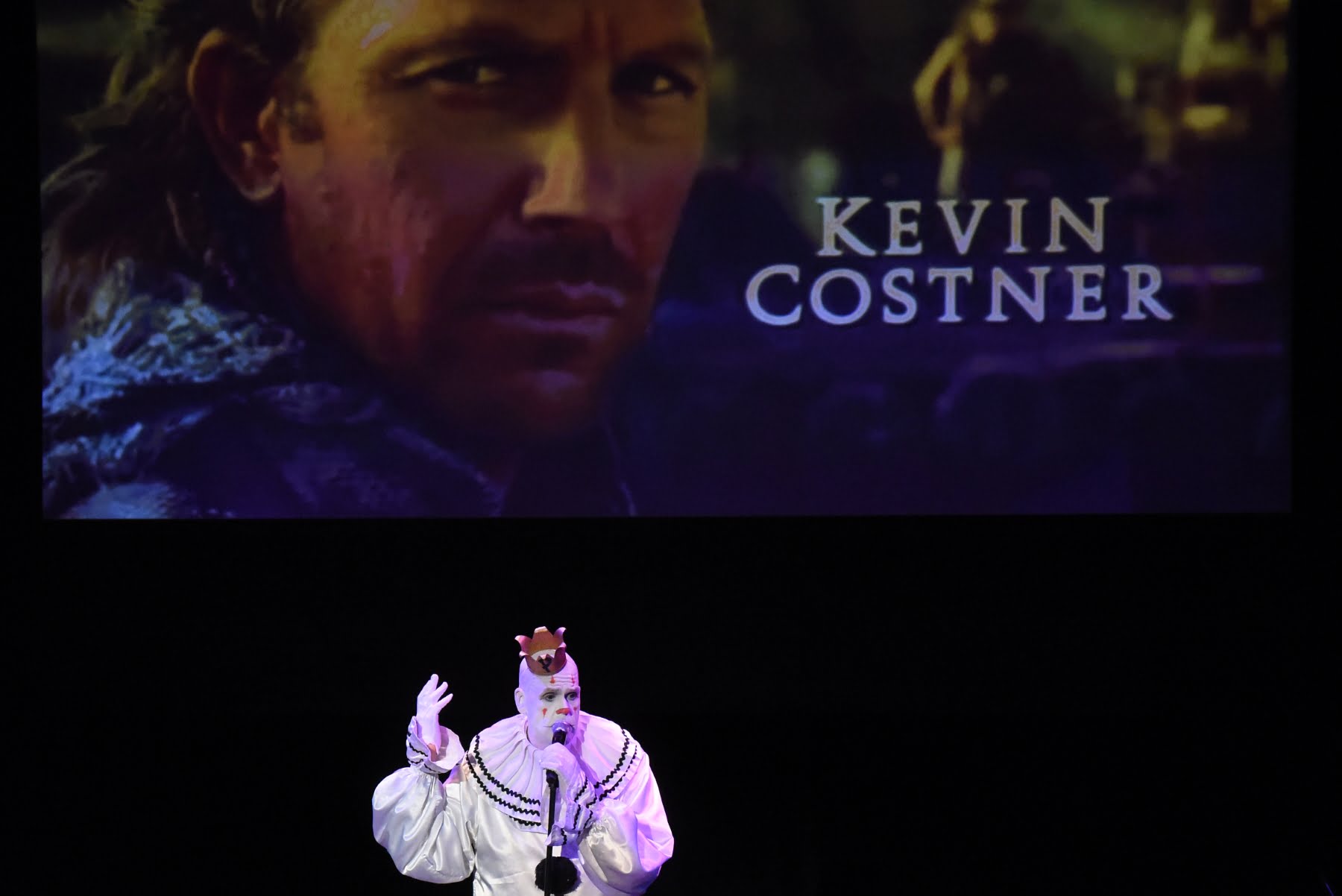 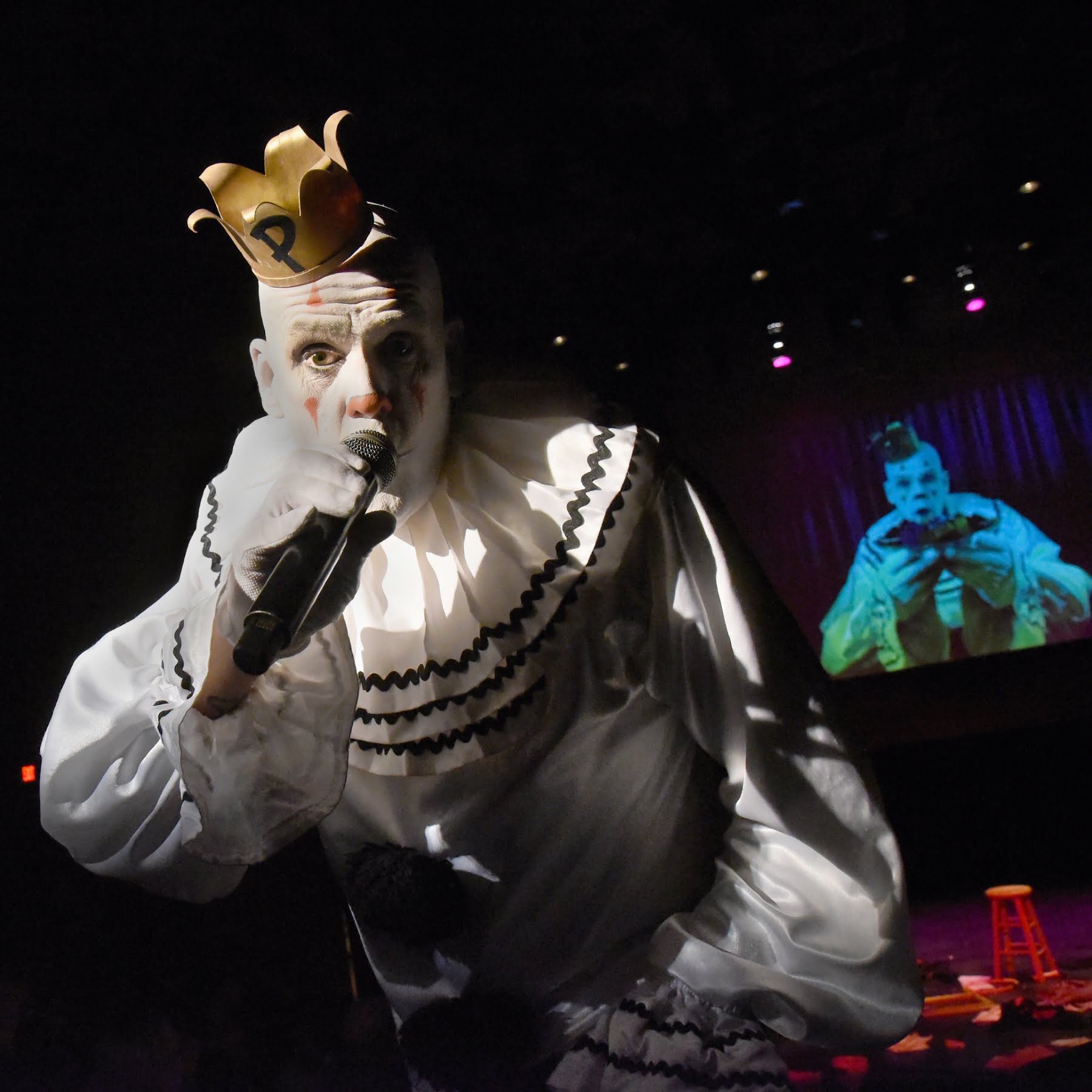 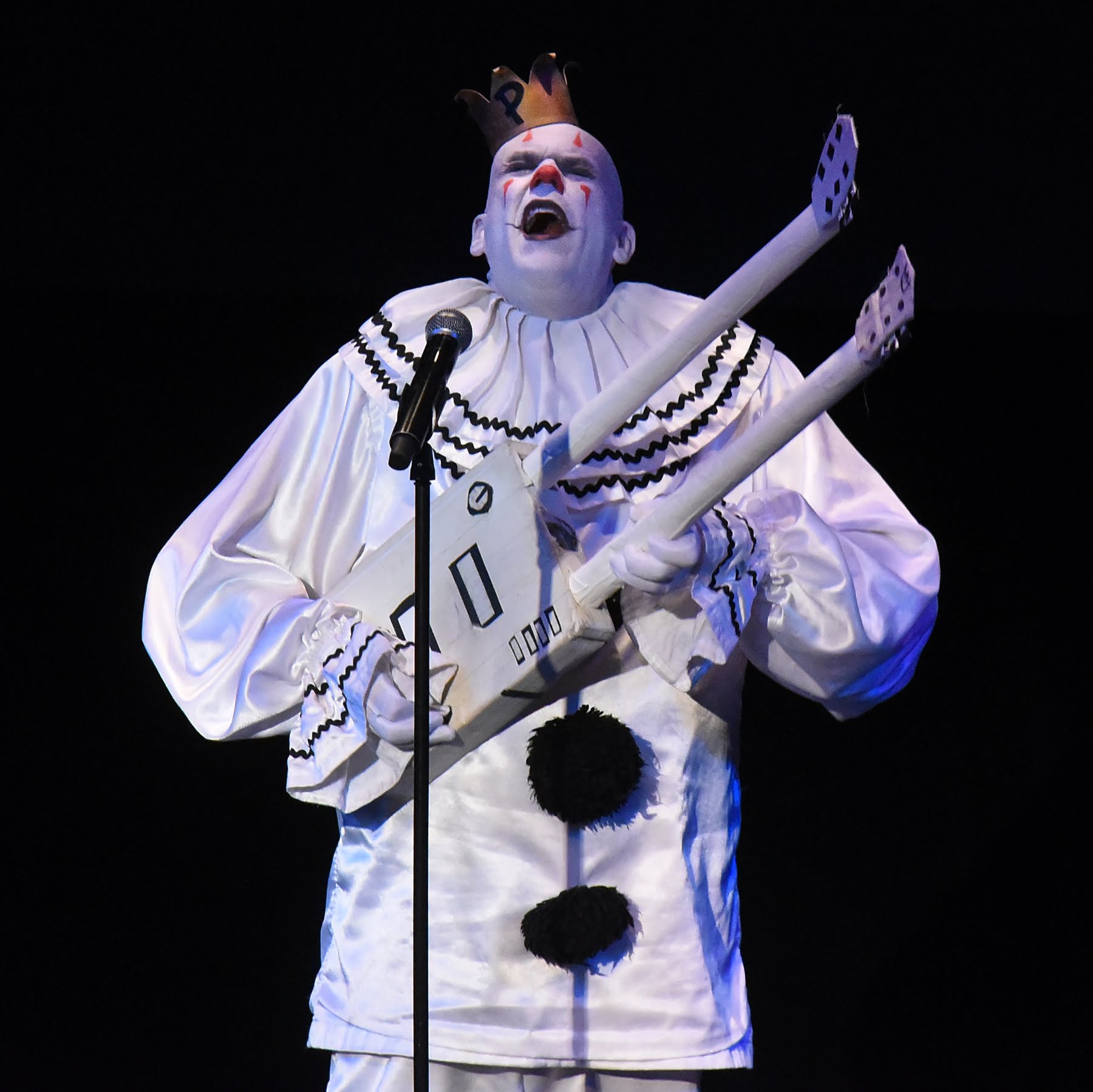 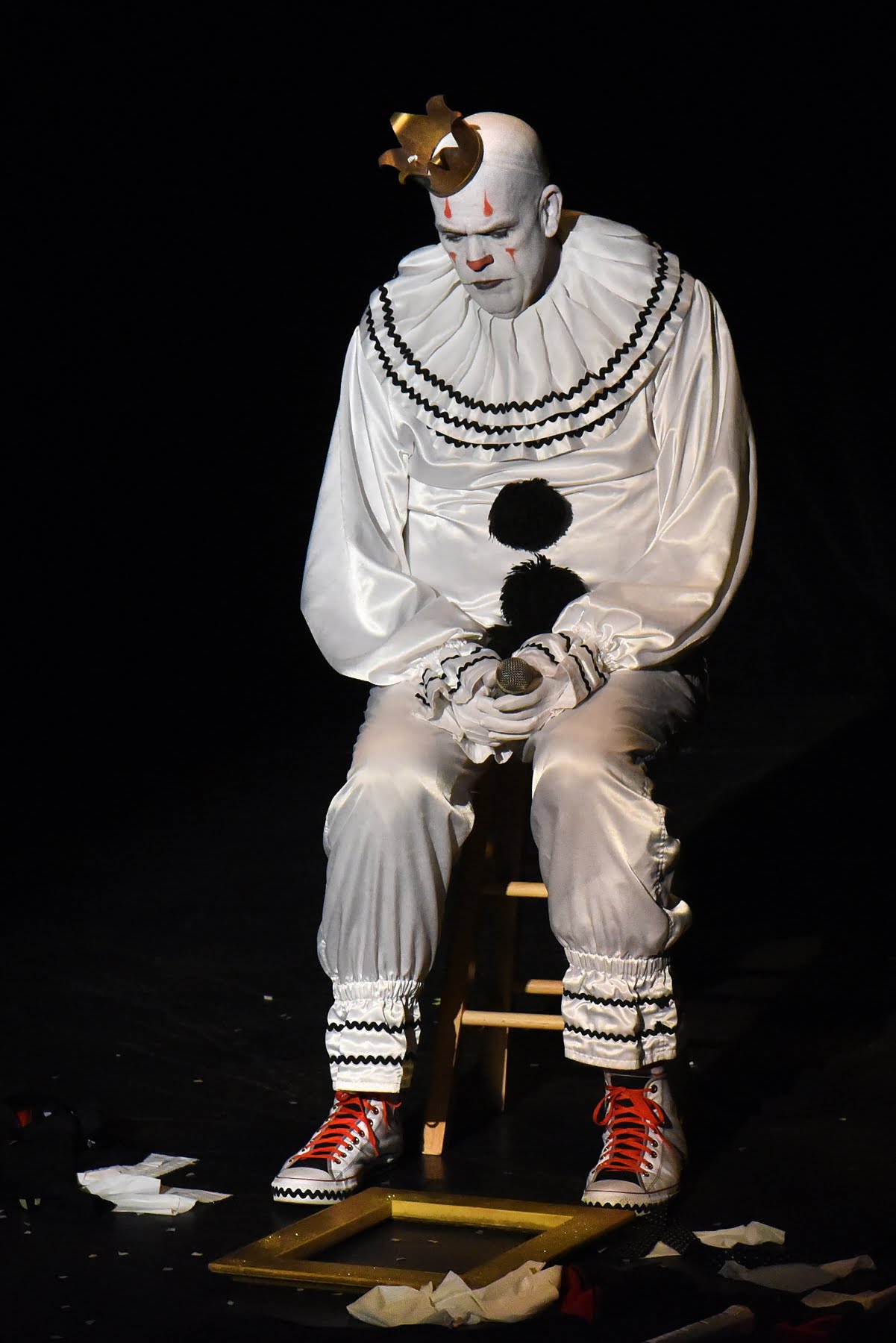 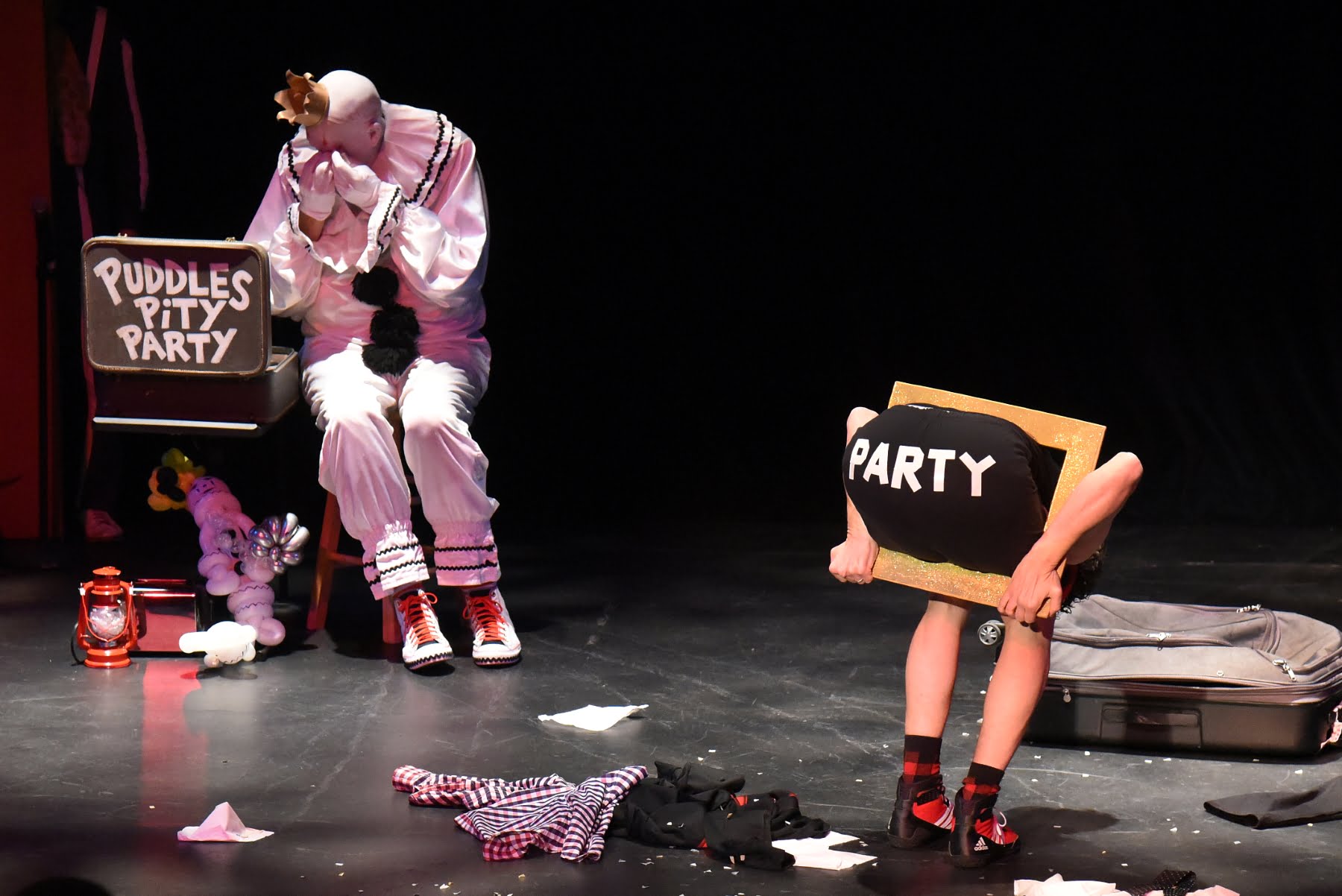 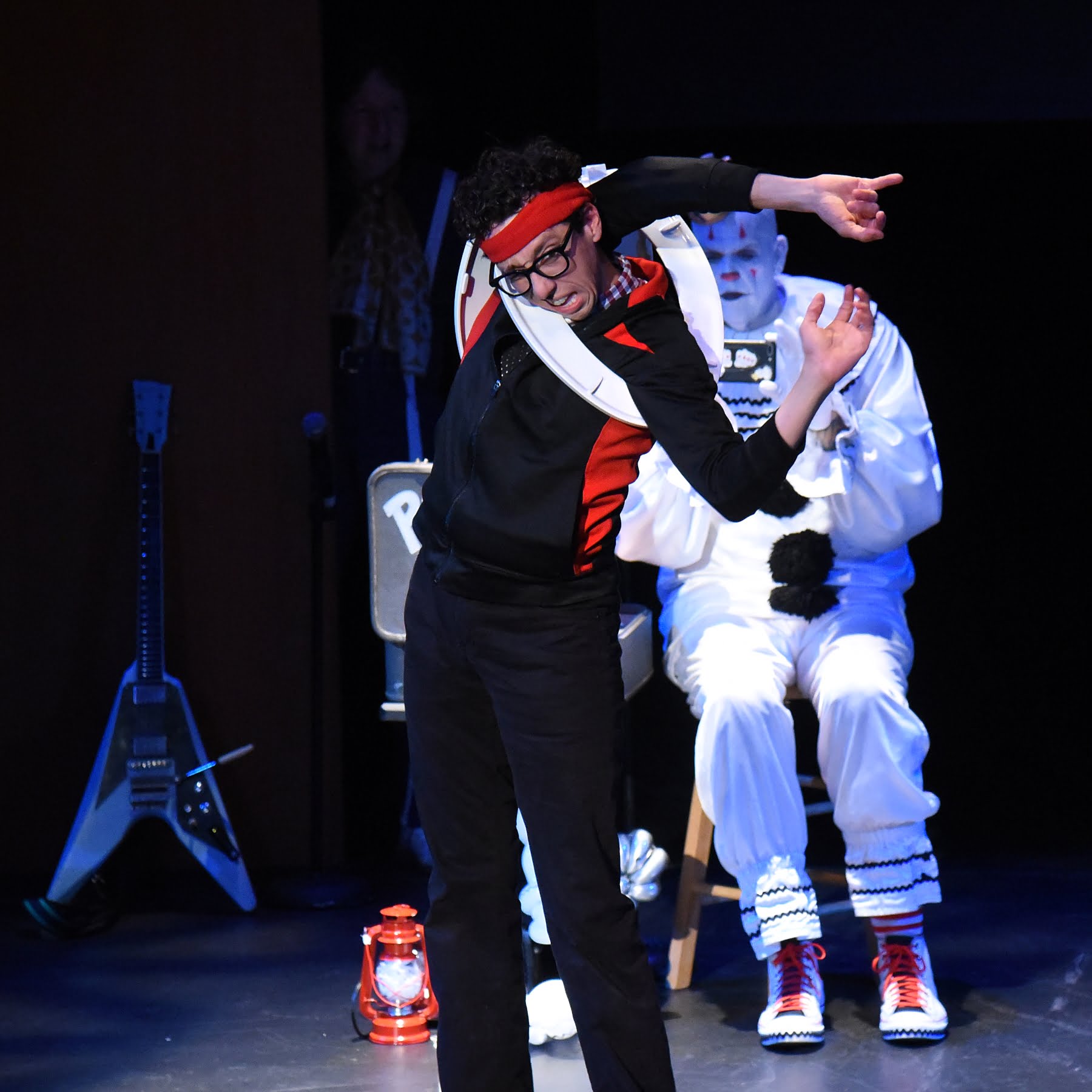 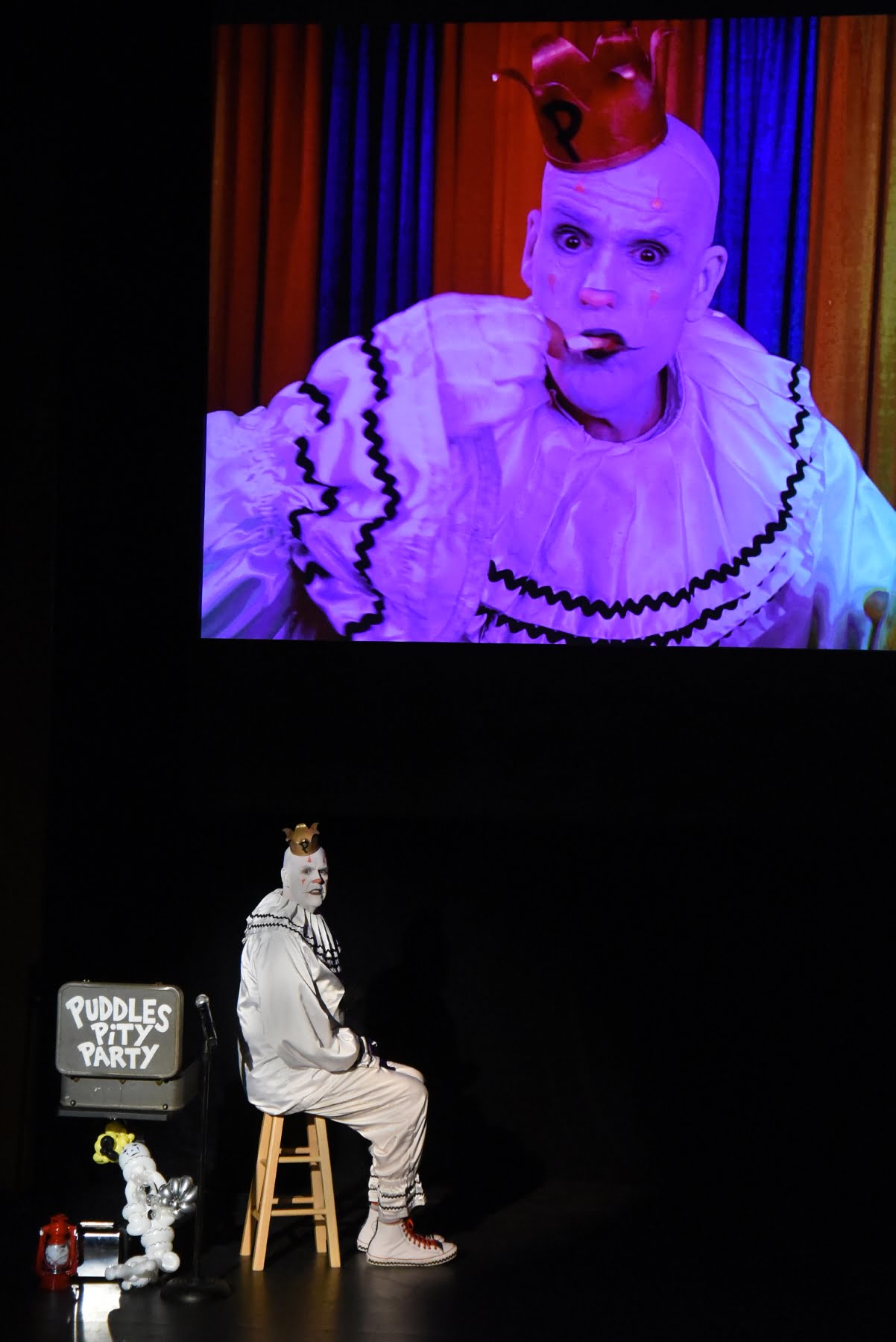 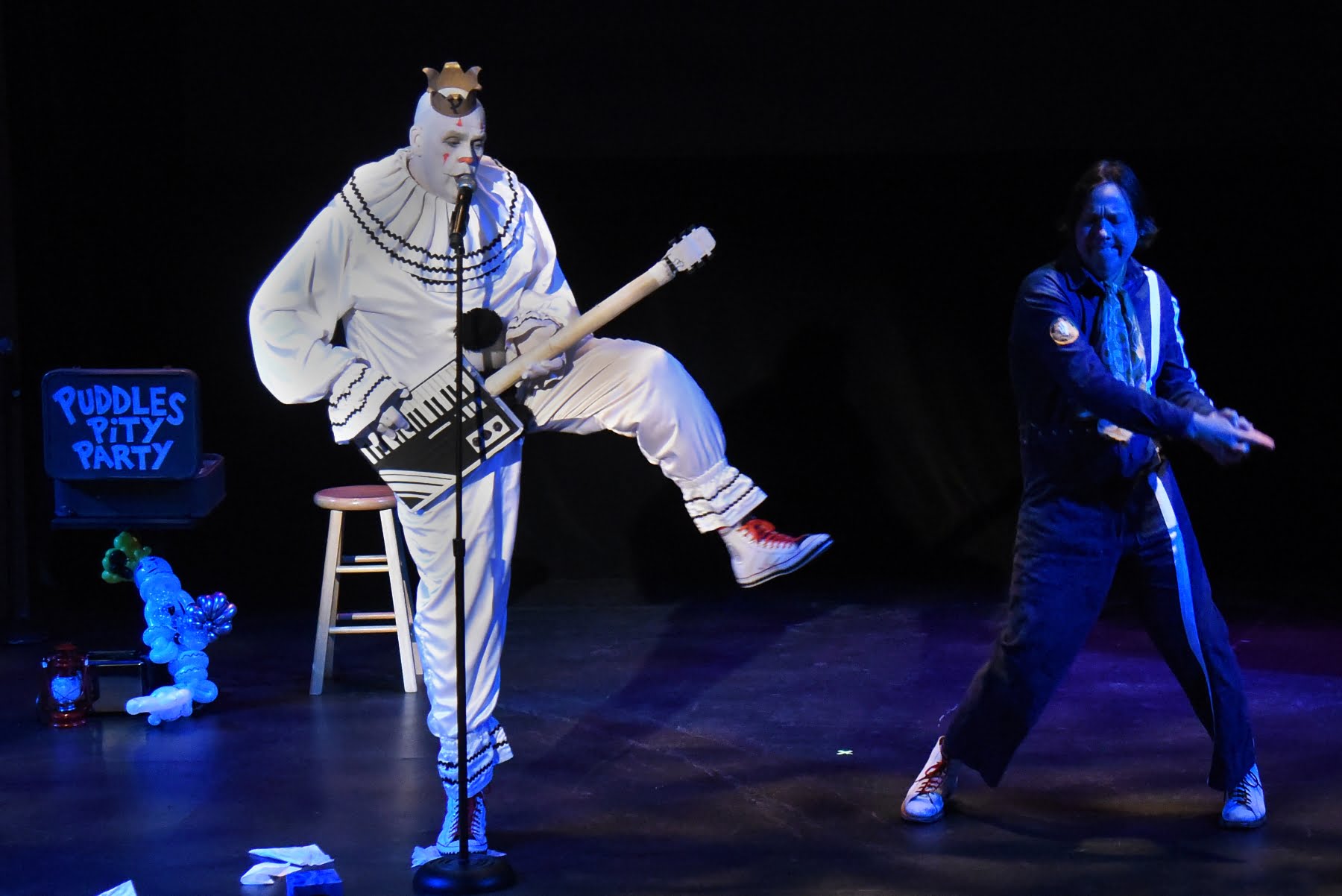 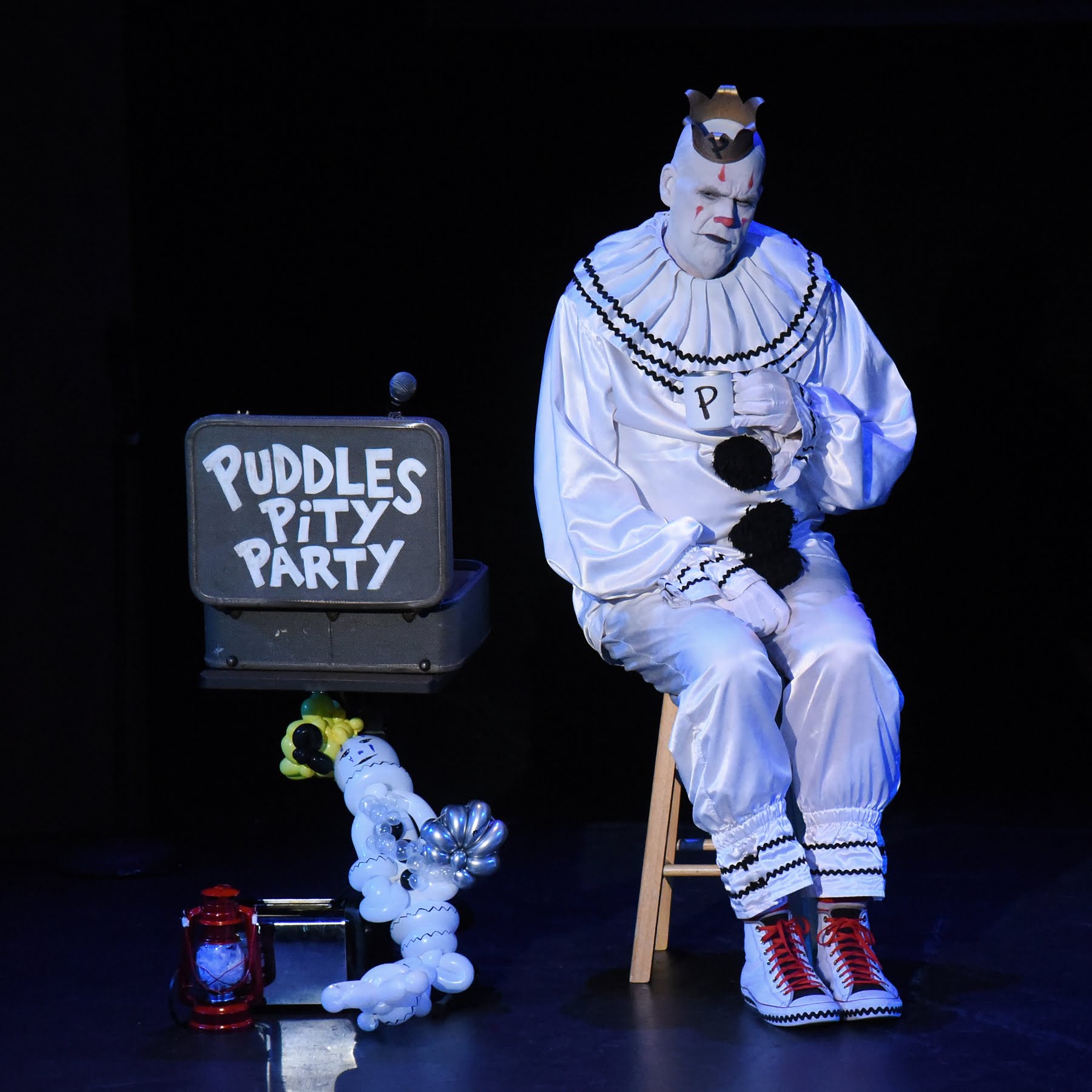 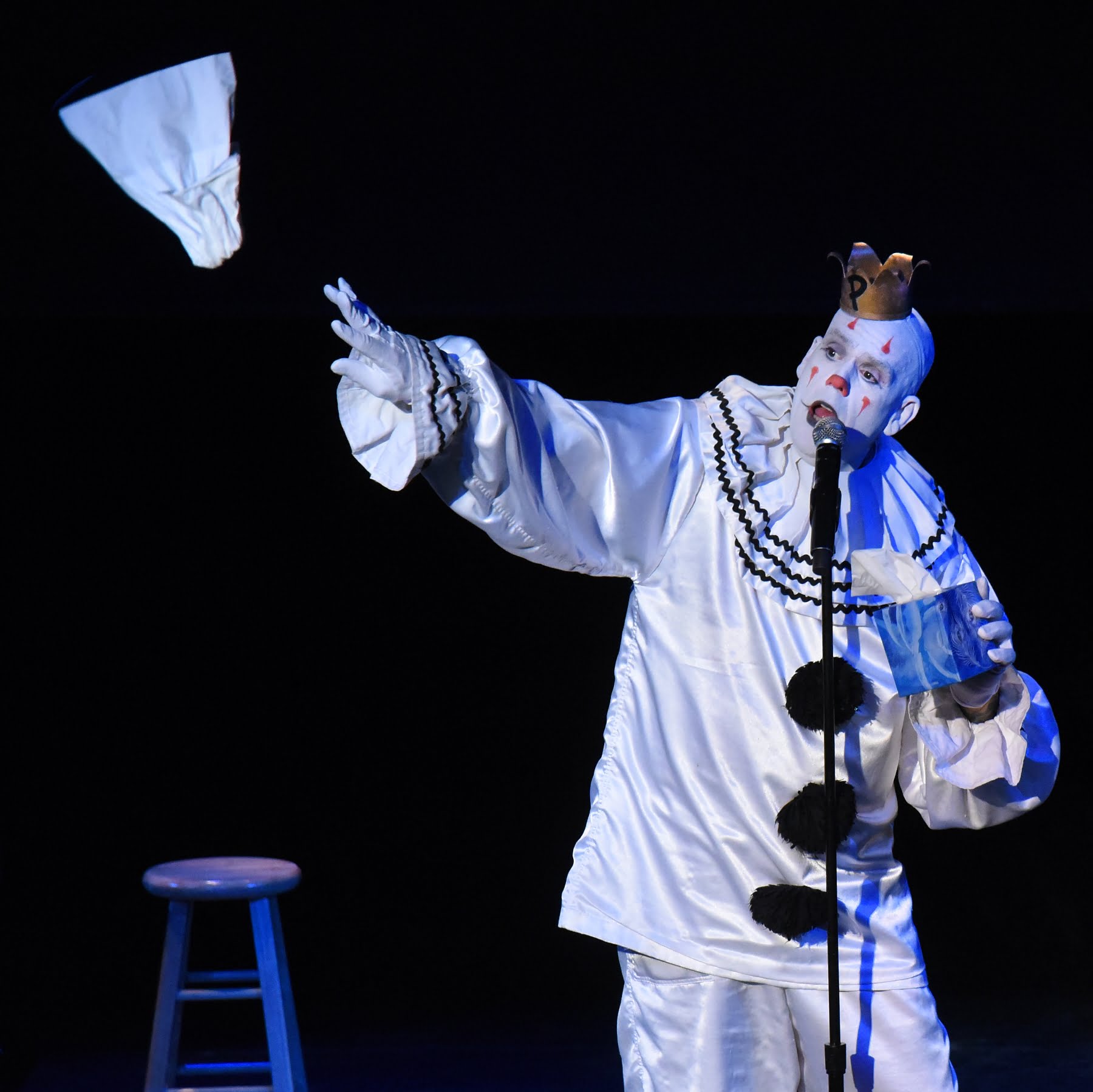 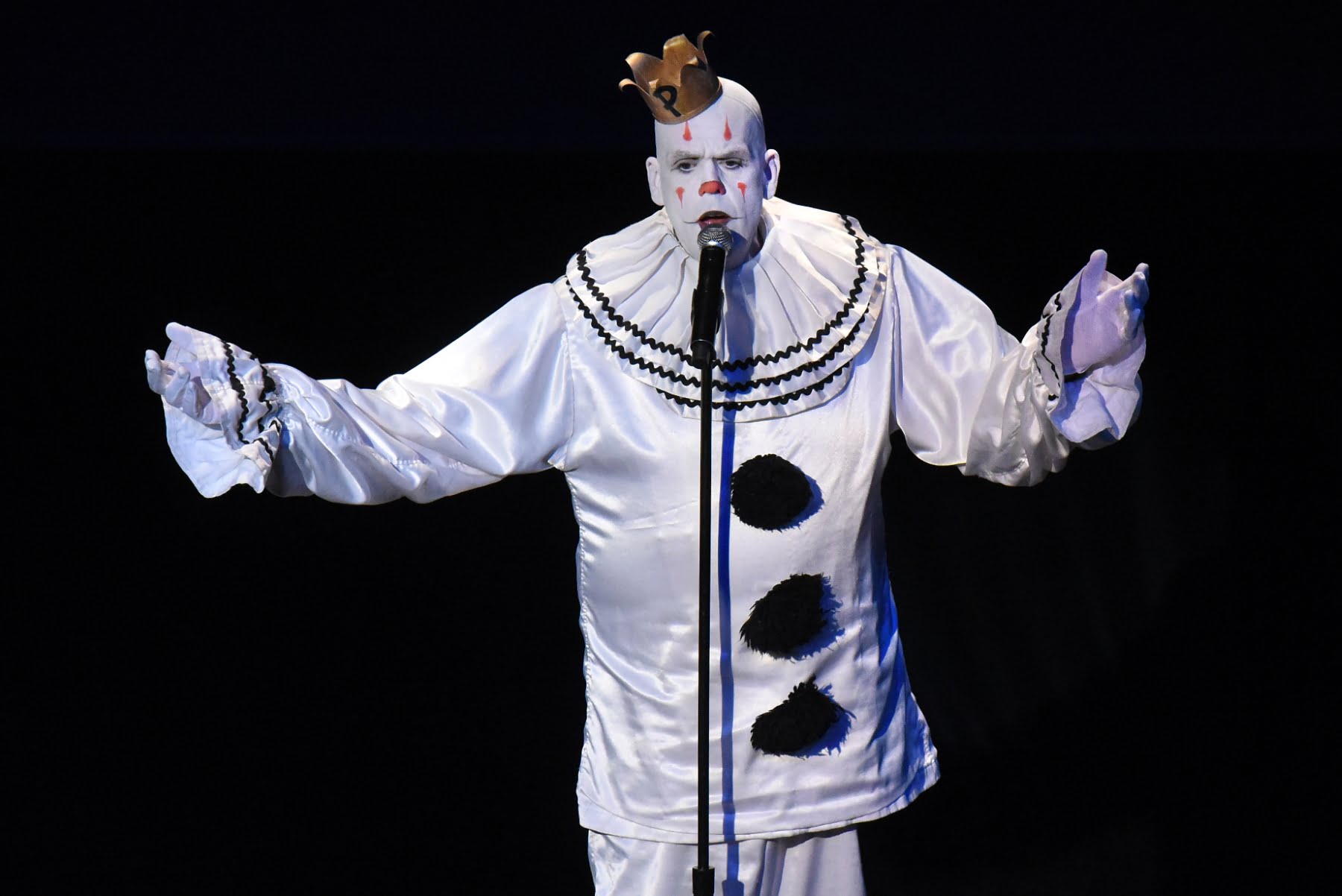 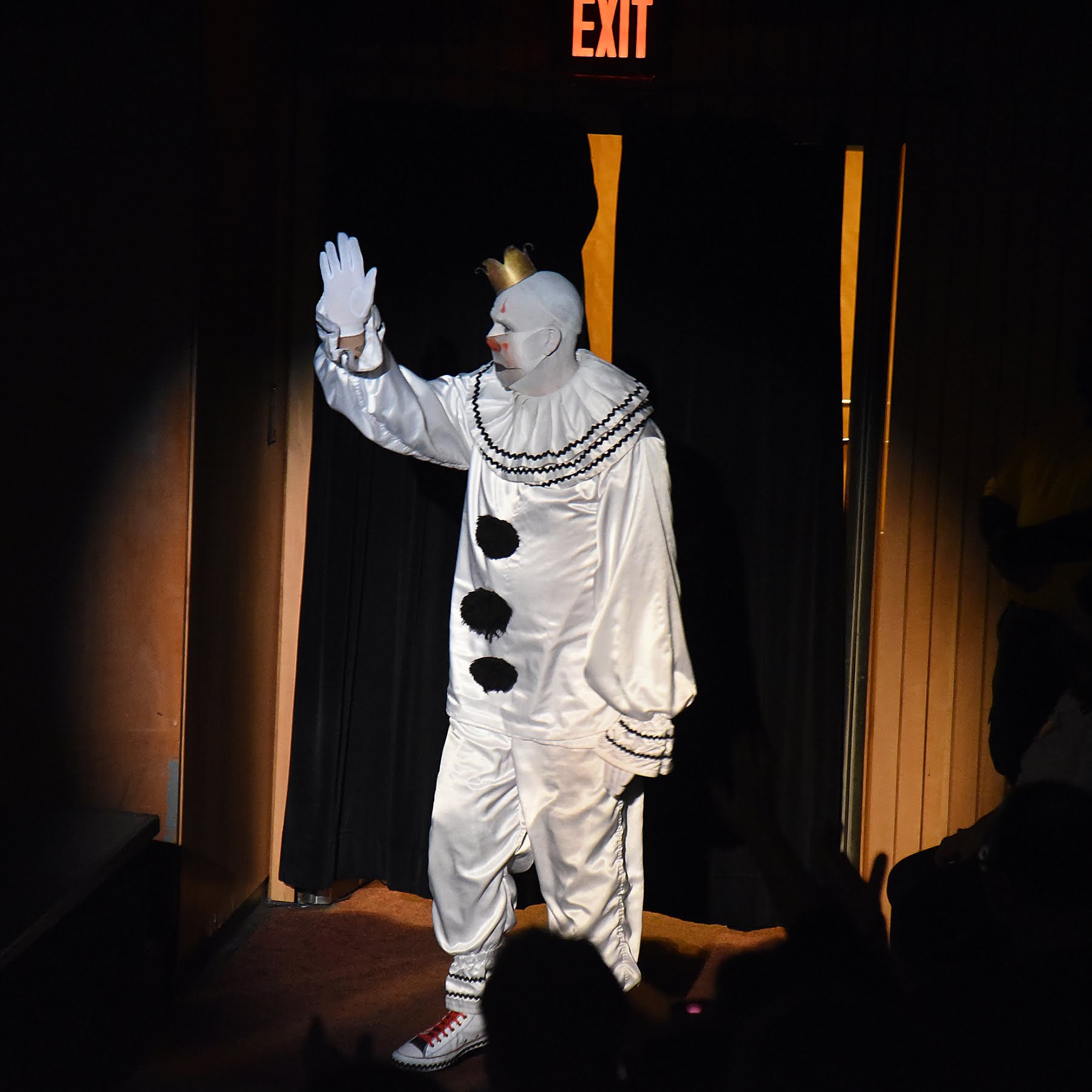 “Weirdos Up Front” No Fun Opens in Troy