Live Nation opened its summer season at SPAC with Indie Rock/Americana band The Lumineers Sunday night of Memorial Day weekend. With opener CAAMP, The Lumineers drew over 20,000 fans to the popular summer place to be for non-stop theatrics, visual effects, and sing-alongs.

CAAMP was booked as an opener a few years ago, before COVID and before the band became its own break-out sensation. Many in the audience were sporting CAAMP shirts, and as the Nipper pick of the day promised, their performance alone was worth the price of admission. The young band came out with perfect performances from the downbeat, thrilling those in the audience who were jumping up and down to their “Going to the Country.”

After a quick set change and a rather odd video intro on their memorable stage featuring a screen set inside a flower, The Lumineers took center stage with their percussion-heavy, raw sound. Although their first song “Brightside” had a strange guitar reverb to it, by song two the band seemed to have found their sound groove for the night.

The Lumineers have a ten-year history of touring the Capital Region, and while they haven’t always played to large venues (Jim remembers seeing them at Northern Lights for free), Sunday night showed the huge following they’ve collected over the years. The audience didn’t have to wait long to hear favorites “Hey Ho” or “Flowers in Your Hair,” as both were early in the set.

The setlist pounded through song after song with high energy and very little downtime. Band members were joyfully dancing around the stage, with the pianist jumping up and down on his instrument, the bassist leaning into the crowd, and the fiddle dramatically dancing as she played. Percussionist and fellow bandleader Jeremiah Fraites’ pulsing strength propelled the show always forward.

But it was Wesley Schultz‘s dramatic efforts, pausing between lyrics, running off stage and around the scene, and reaching into the audience with glee at the screams of response that stole the show. A huge showman, Schultz’s honeysuckle baritone voice alone would have moved the crowd; add in his baby blue eyes and dramatic plays for the audience’s attention, and he was a show stopper.

Schultz’s story about his Uncle Charlie, who gave up college and goals of medical school to fight an unpopular war, was poignantly told on Memorial Day weekend before singing “Charlie’s Song.”  Later, “Leader of the Landslide” featured the Rolling Stones’ “You Can’t Always Get What You Want.” Ironically singing about substance abuse to a crowd who seemed ready to partake in alcohol and drugs around us, The Lumineers’ music warned of excesses, false promises, and risk.

The Lumineers played a long set with a five-song deep encore, finishing with “Stubborn Love.” The audience was overwhelmingly back from a pandemic, filling the lawn and amphitheater beyond what has been seen in recent years. This high-energy show has ignited the summer season at SPAC, setting the stage for other summer concerts to come. 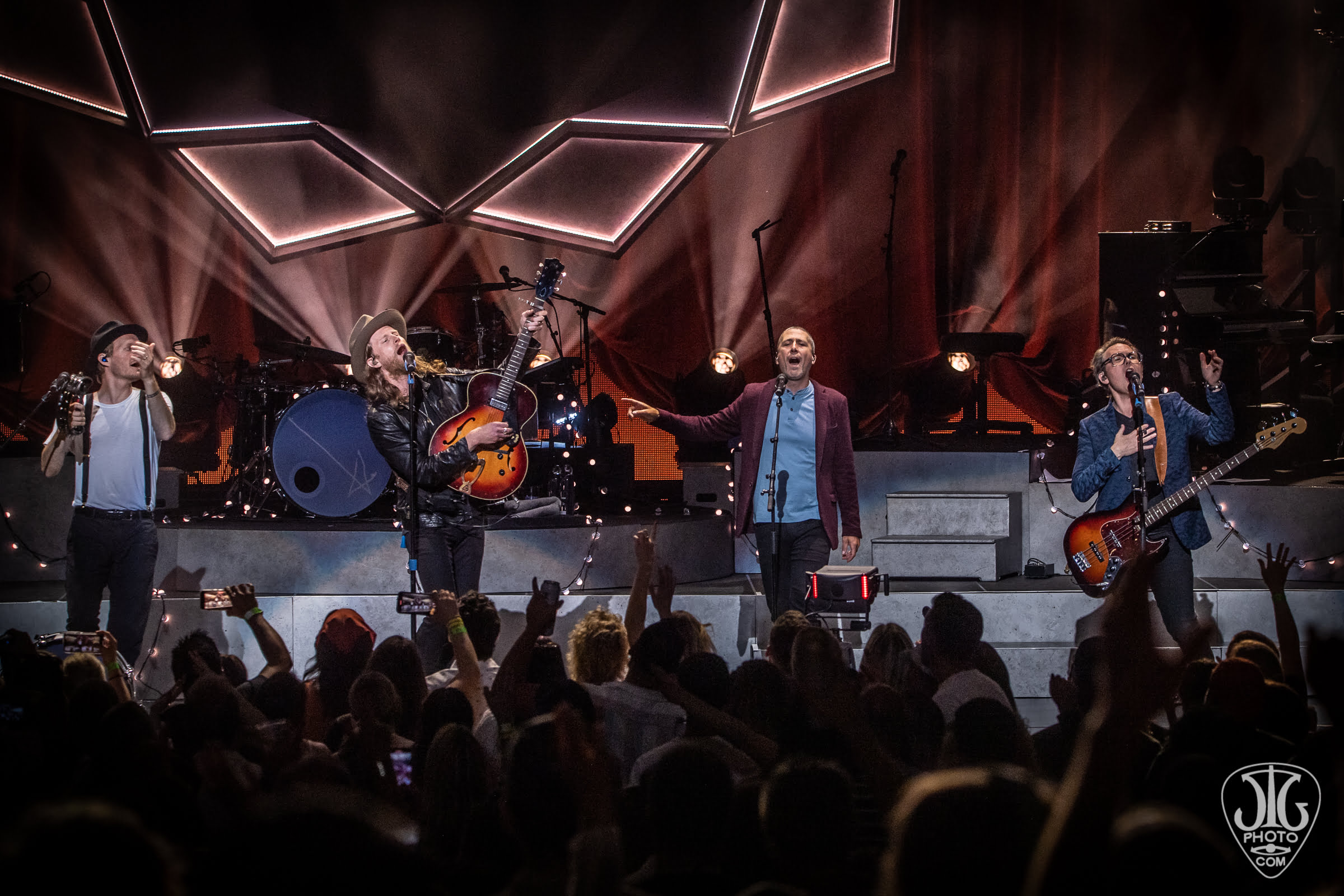 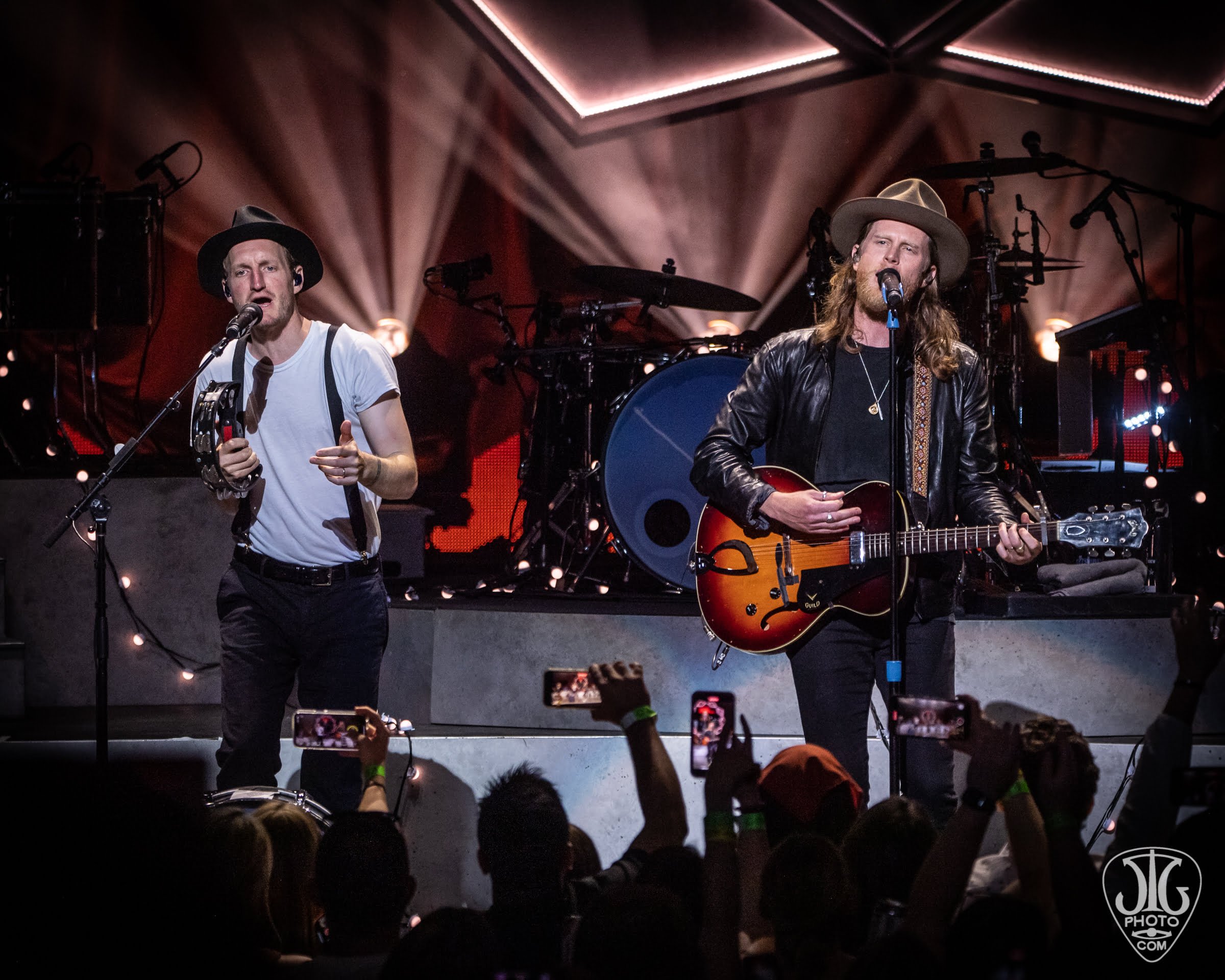 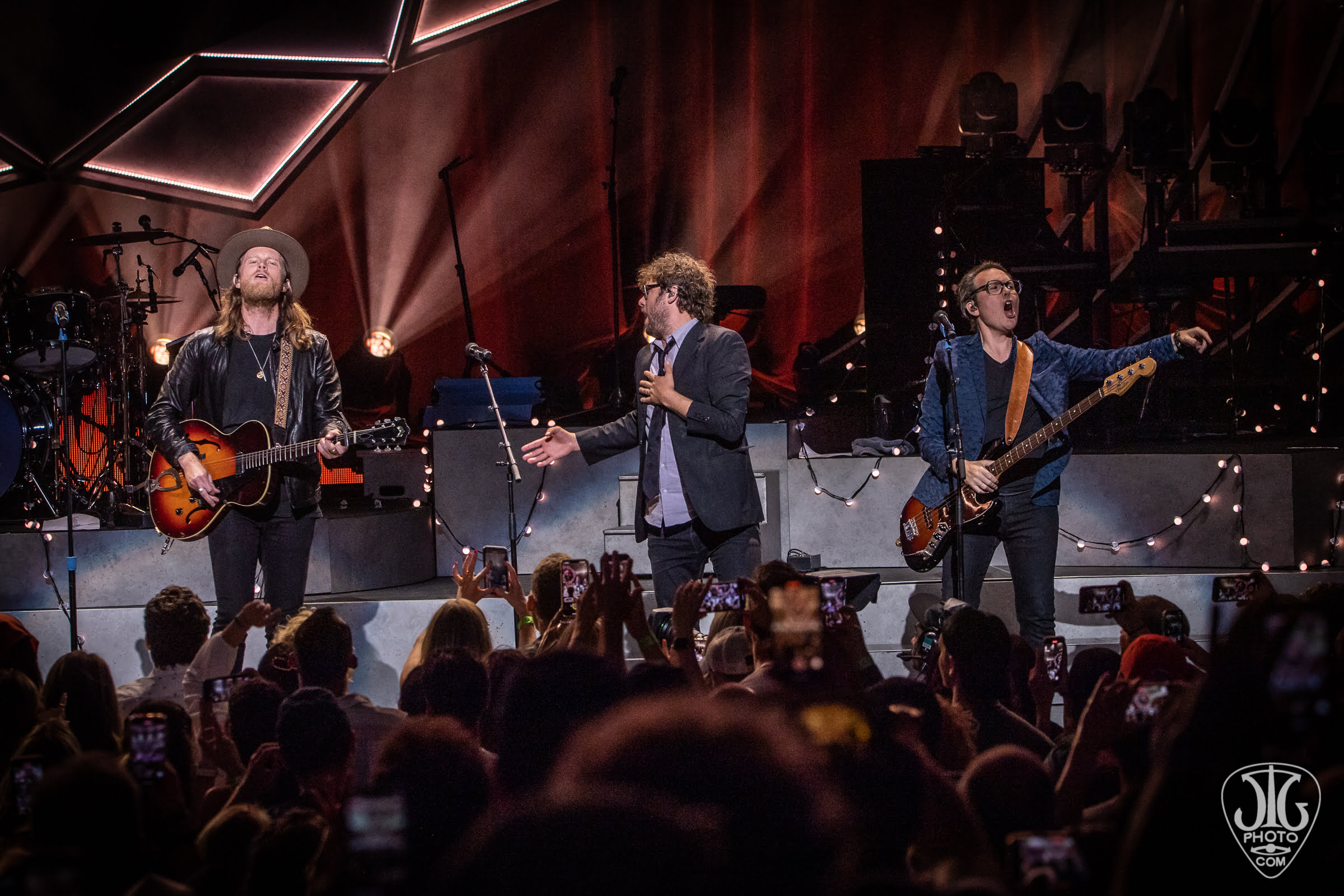 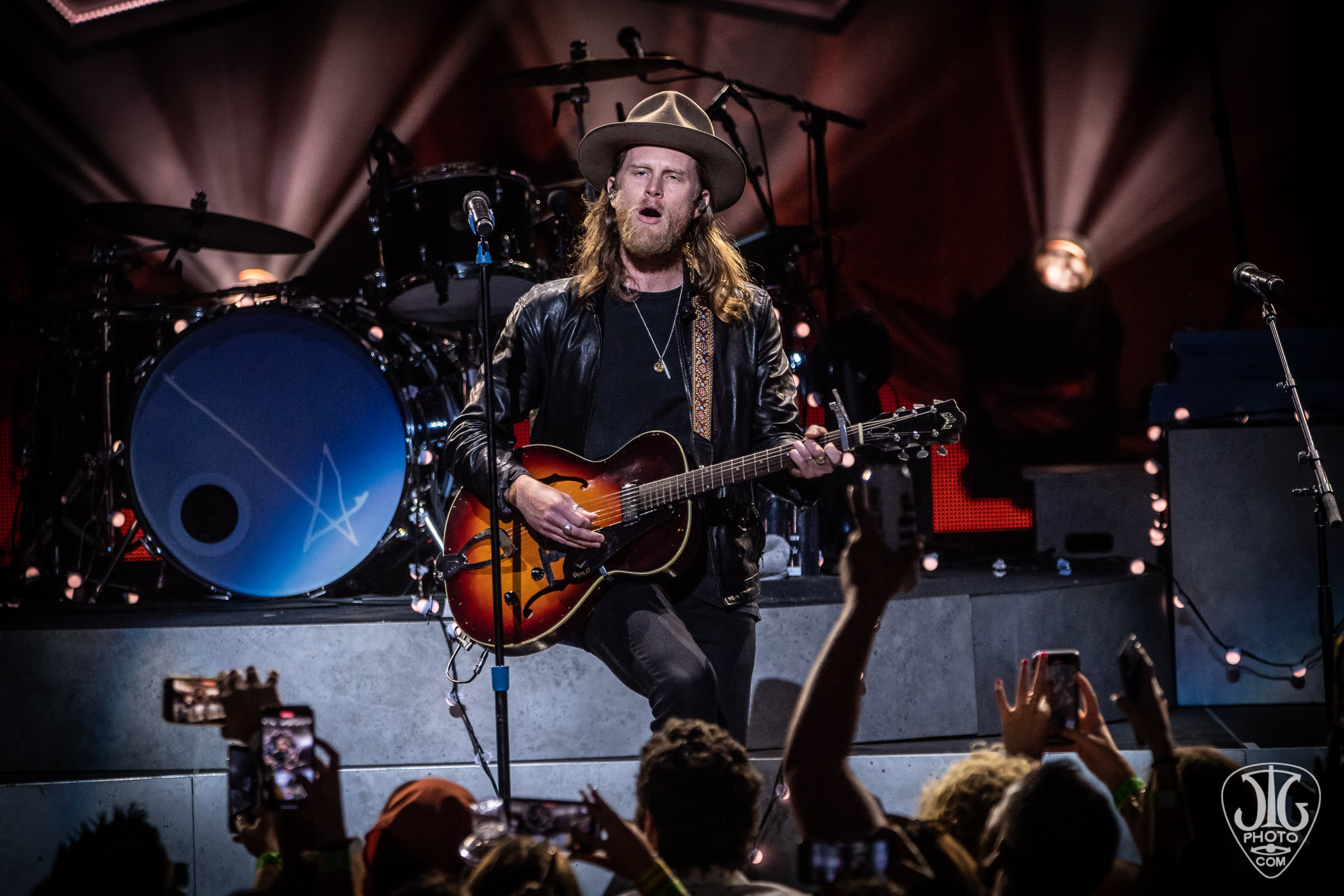 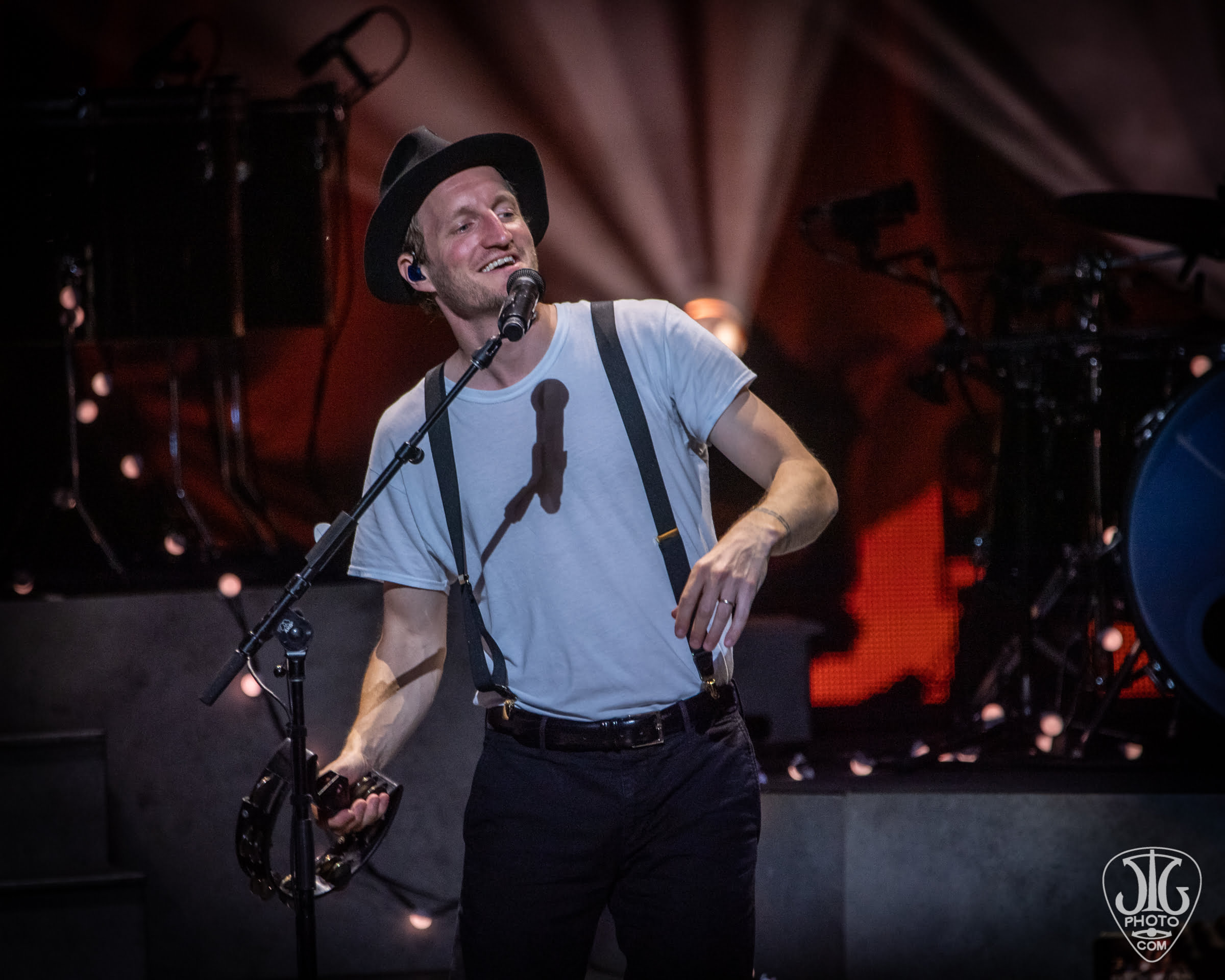 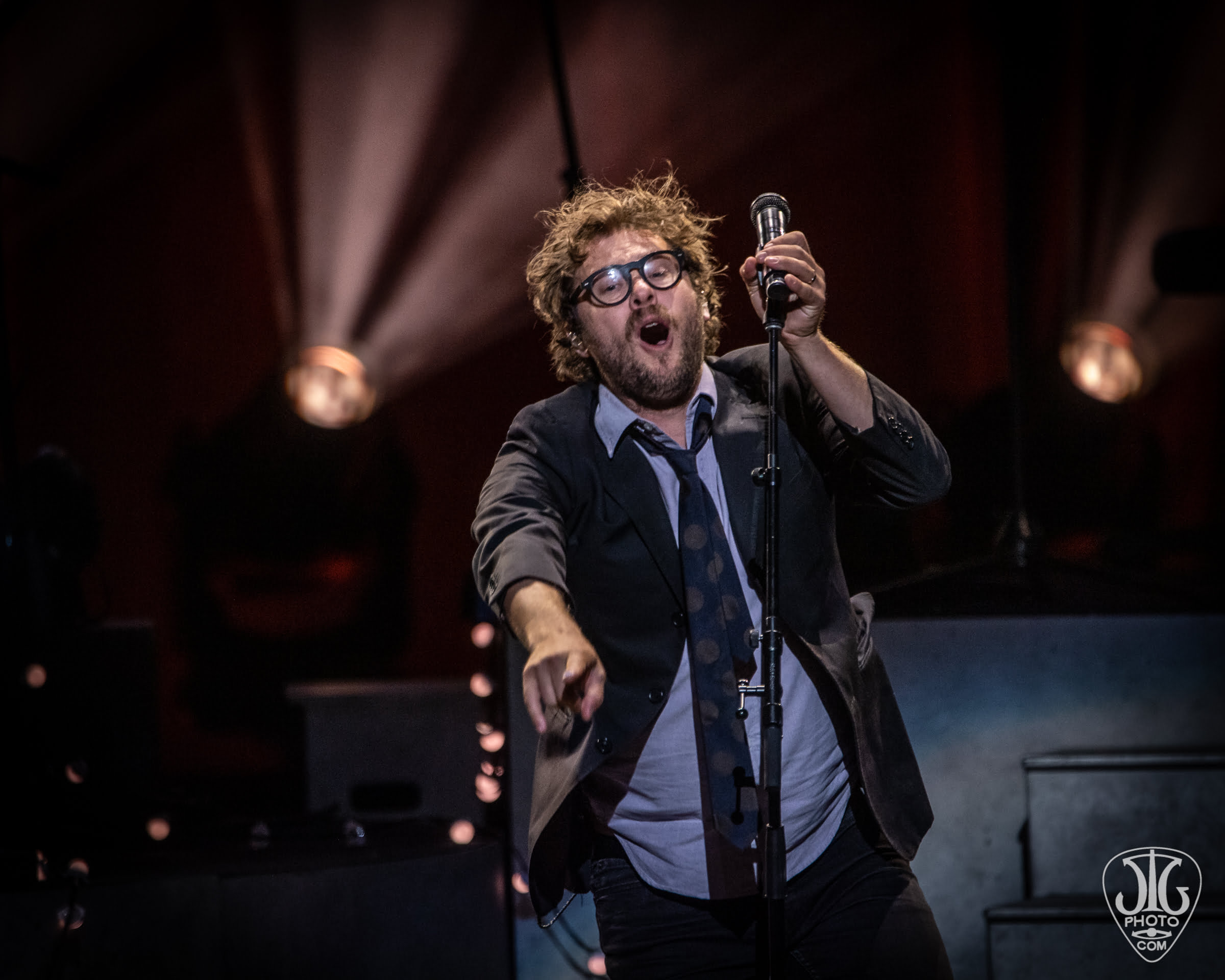 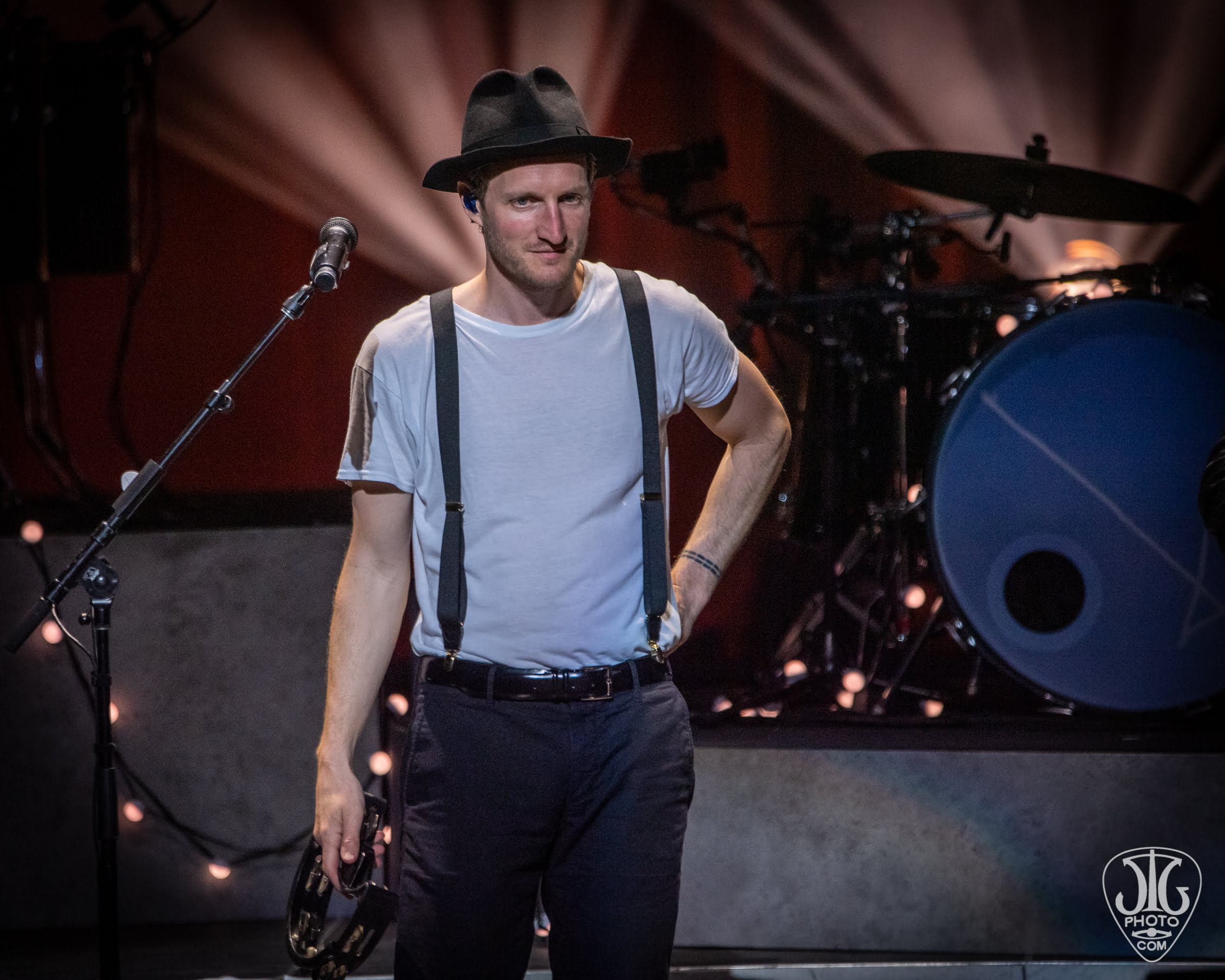 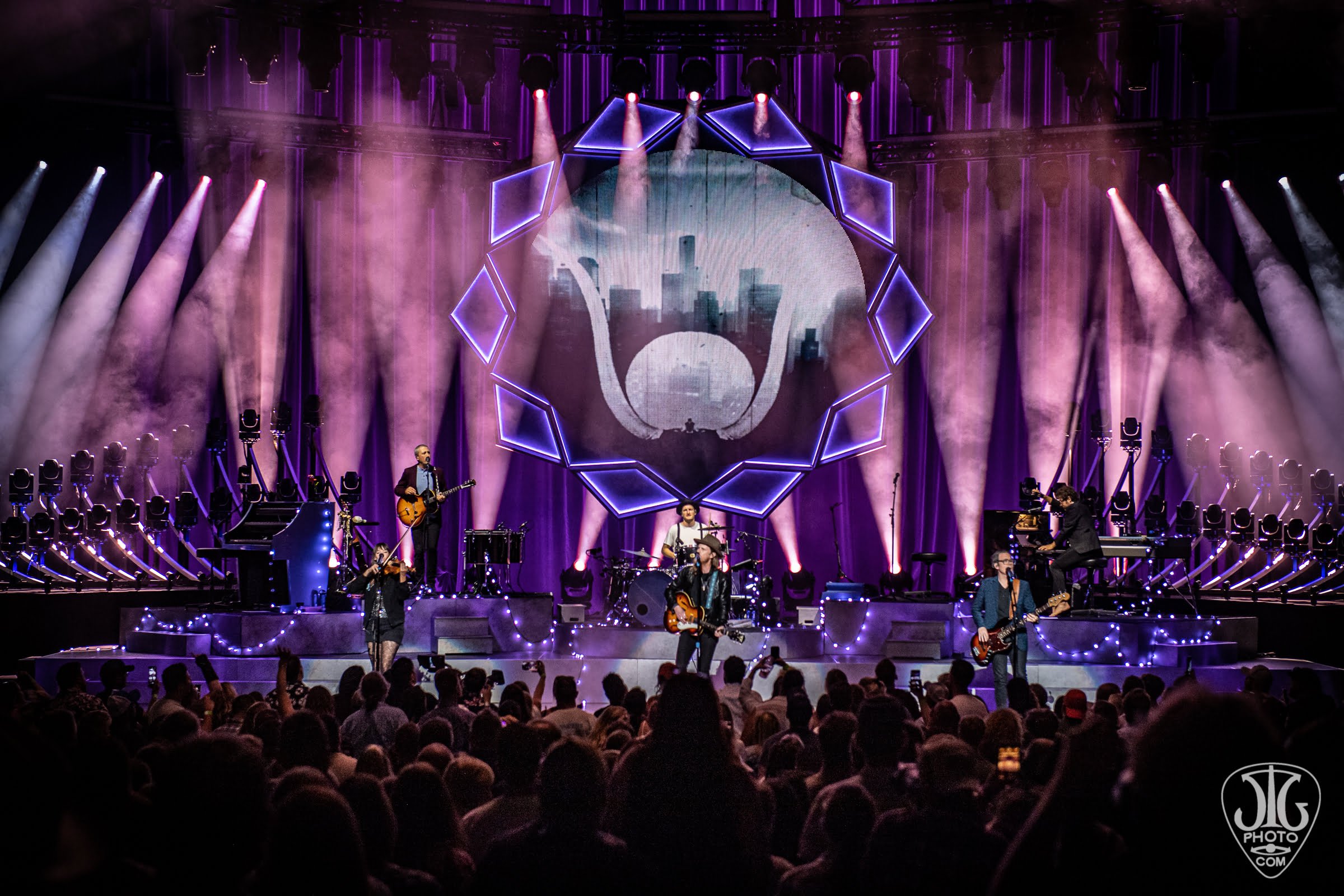 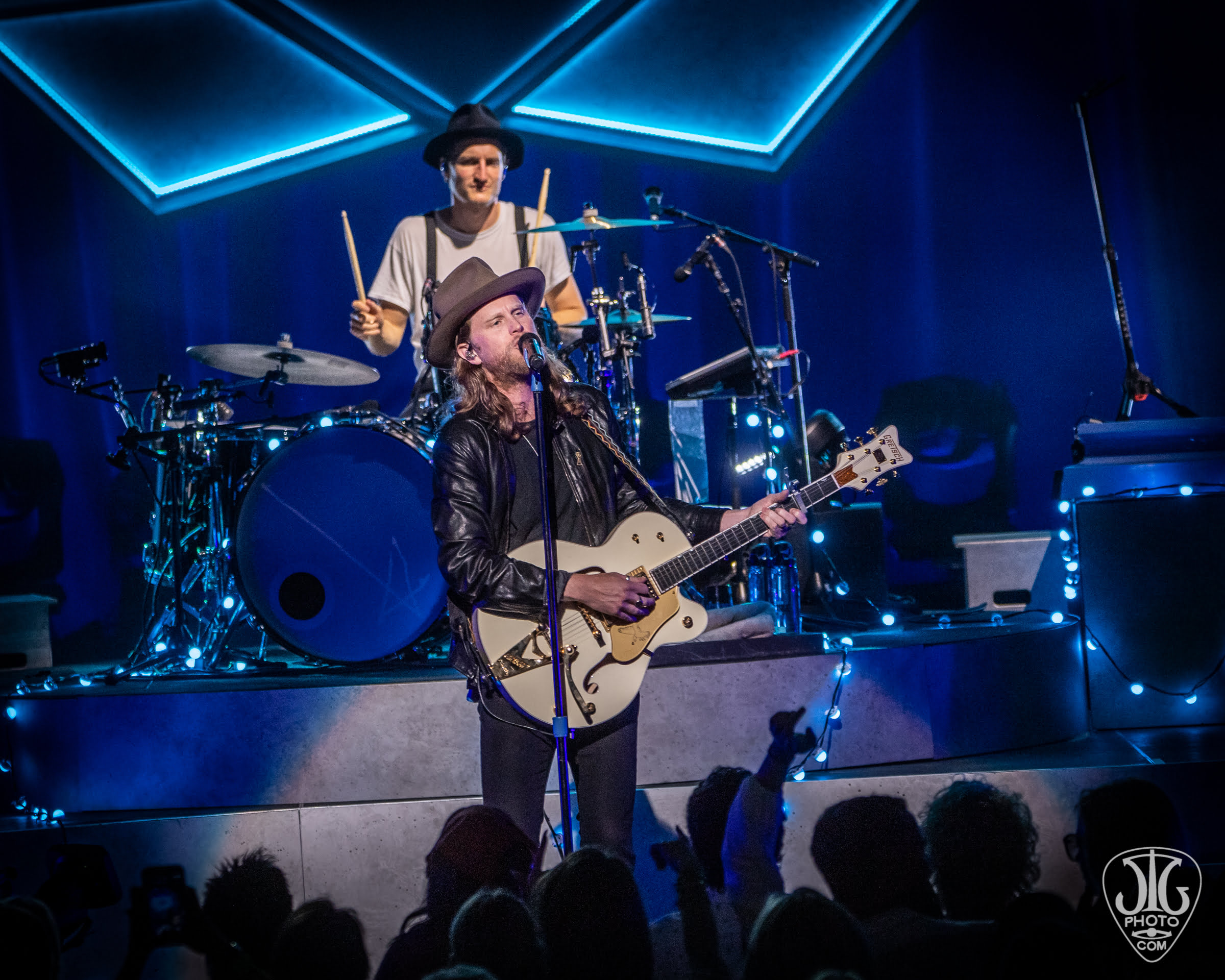 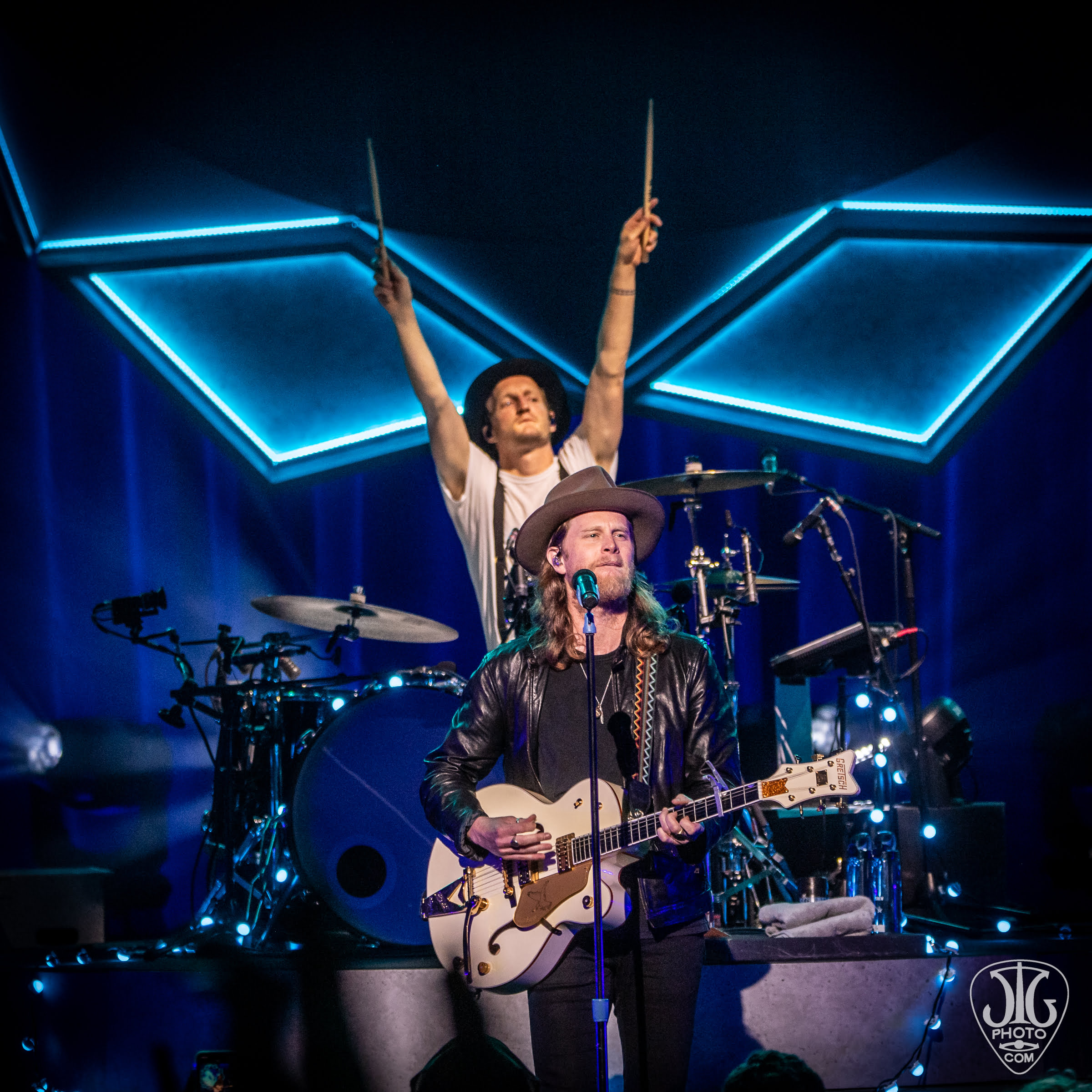 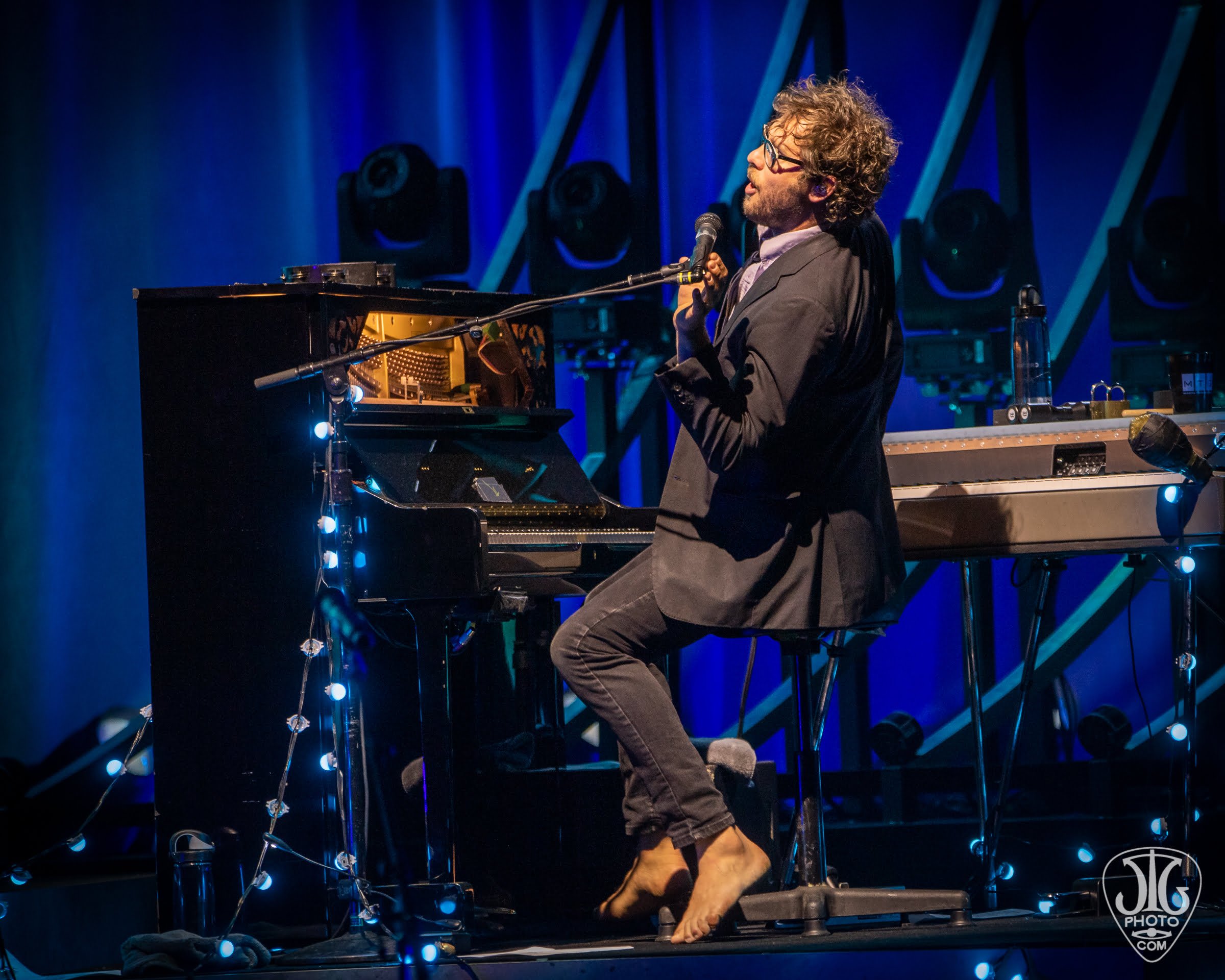 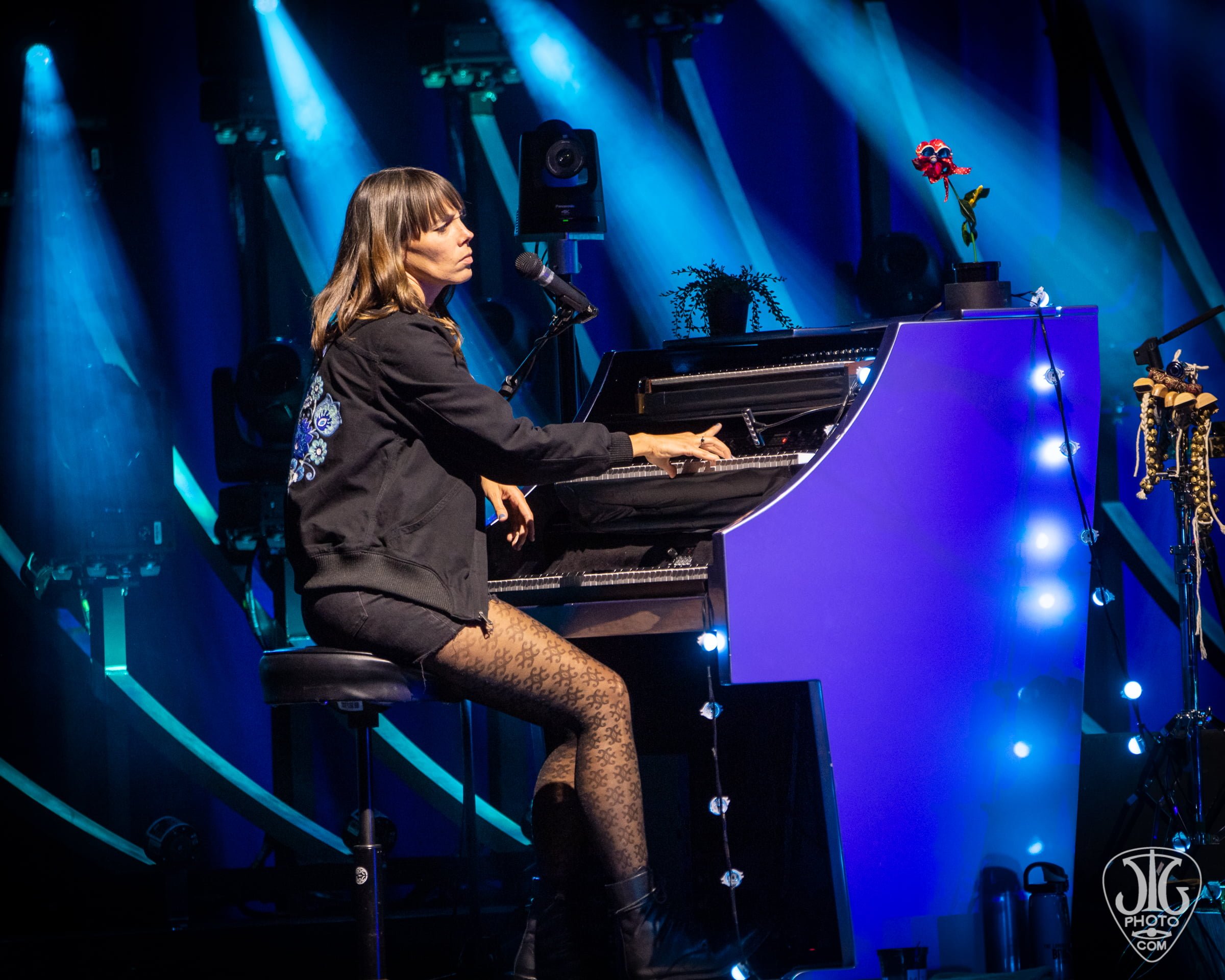 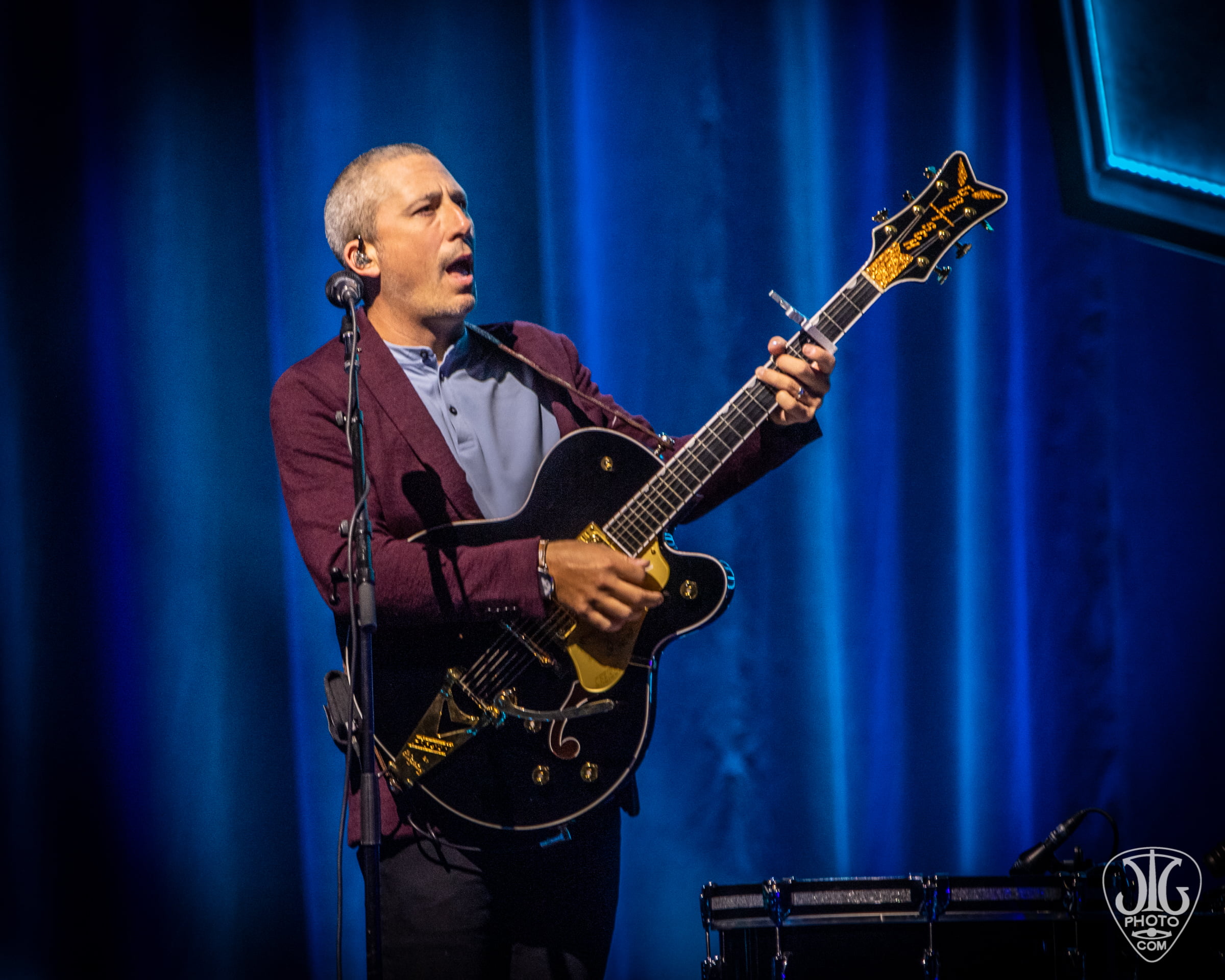 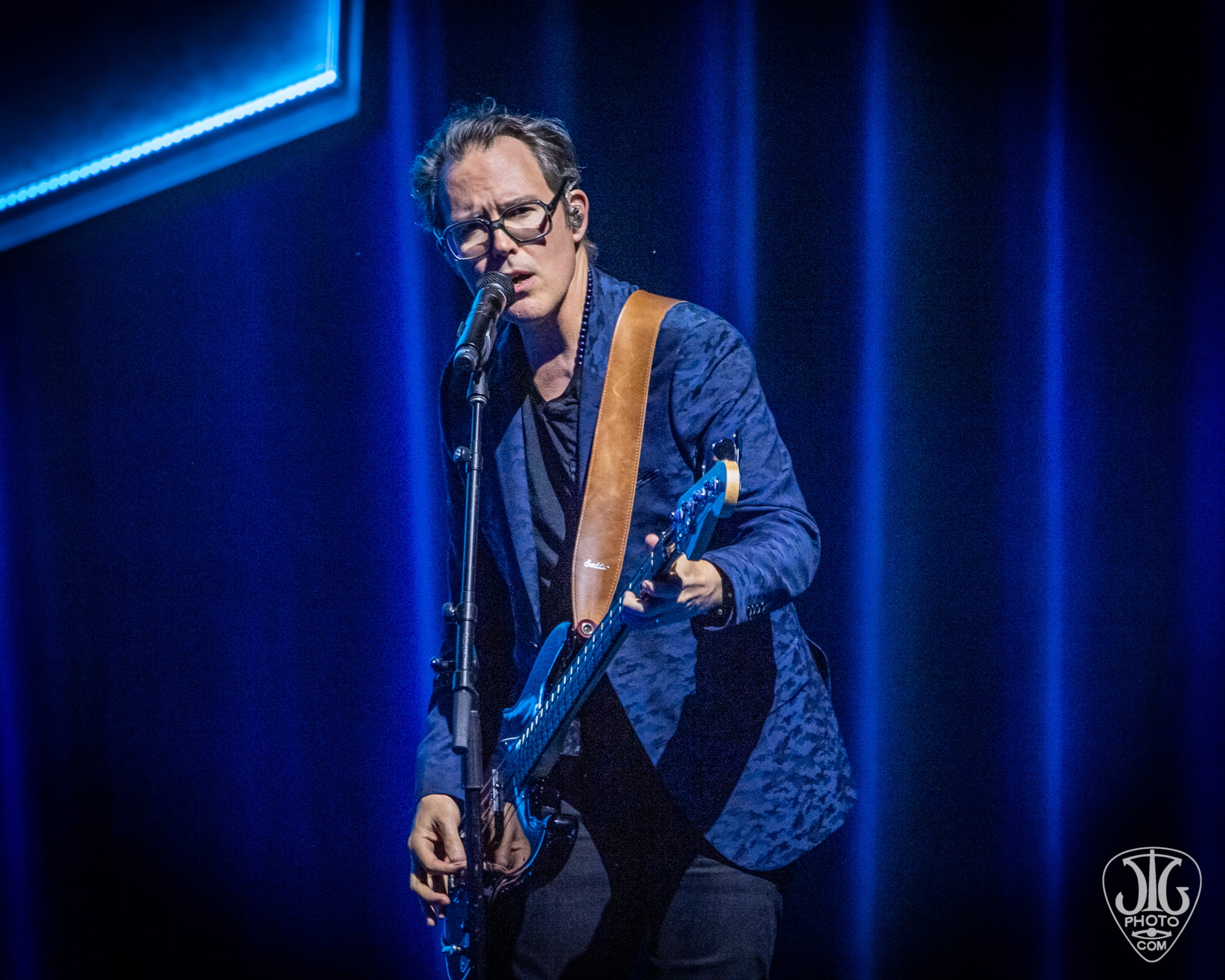 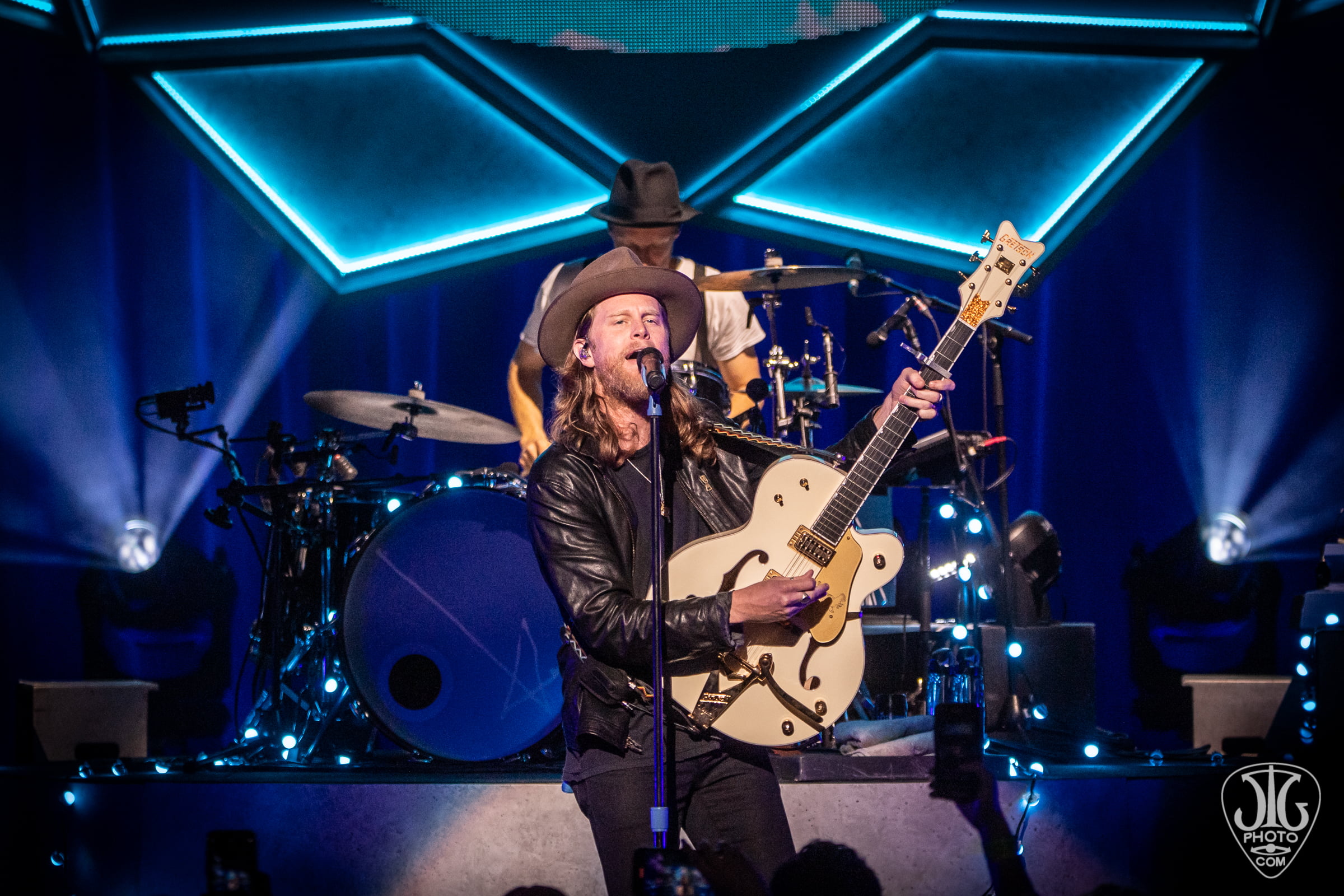 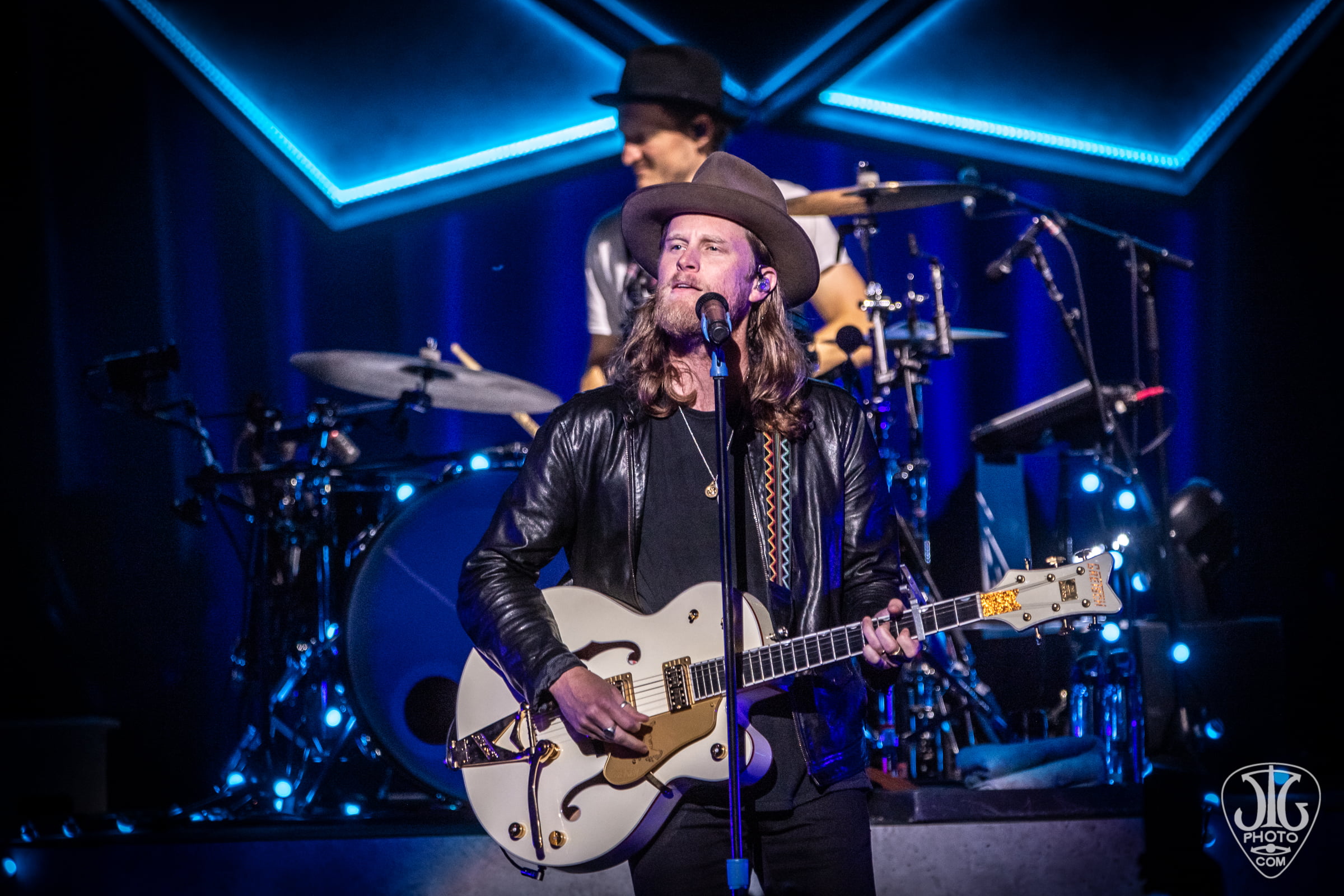 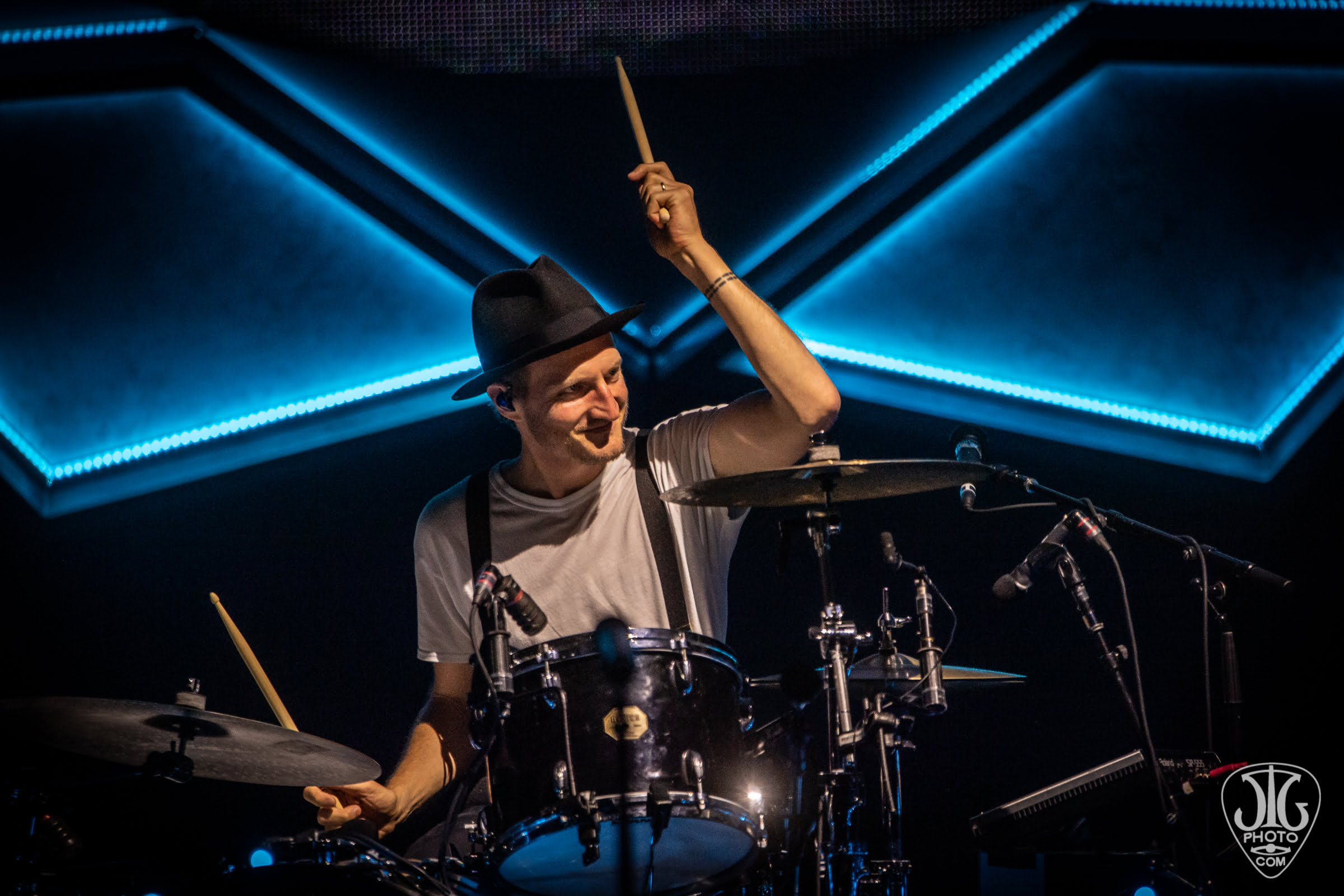 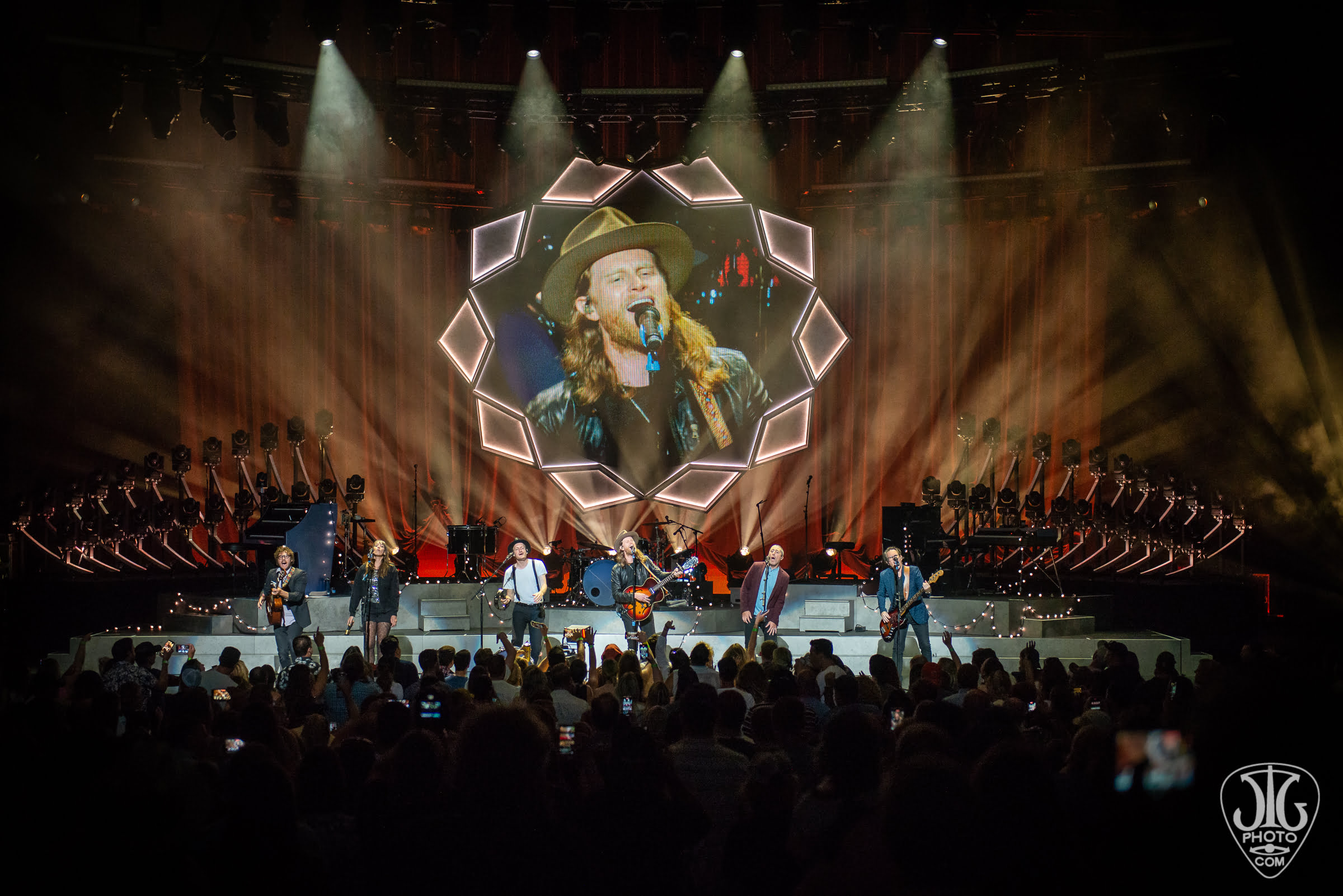 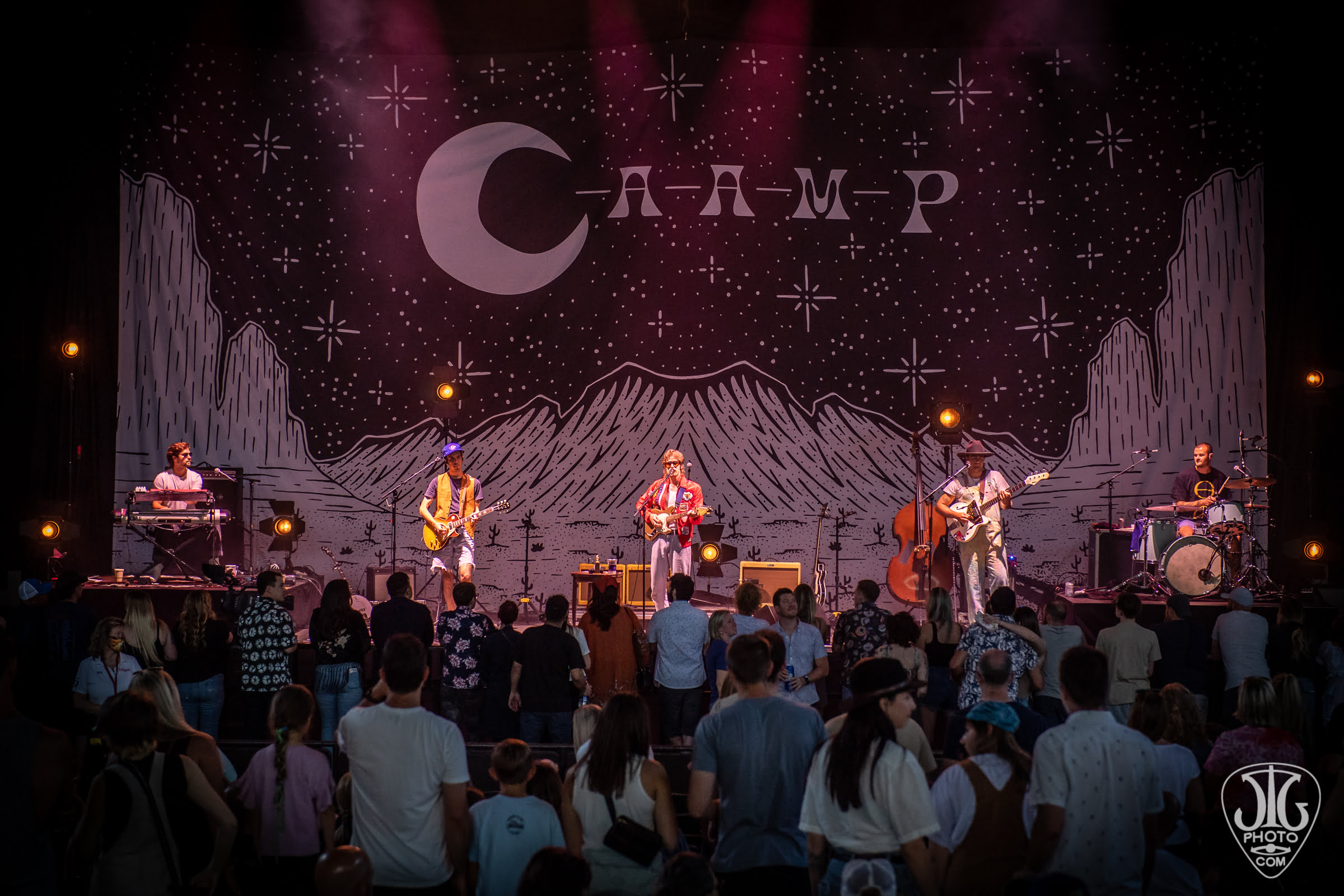 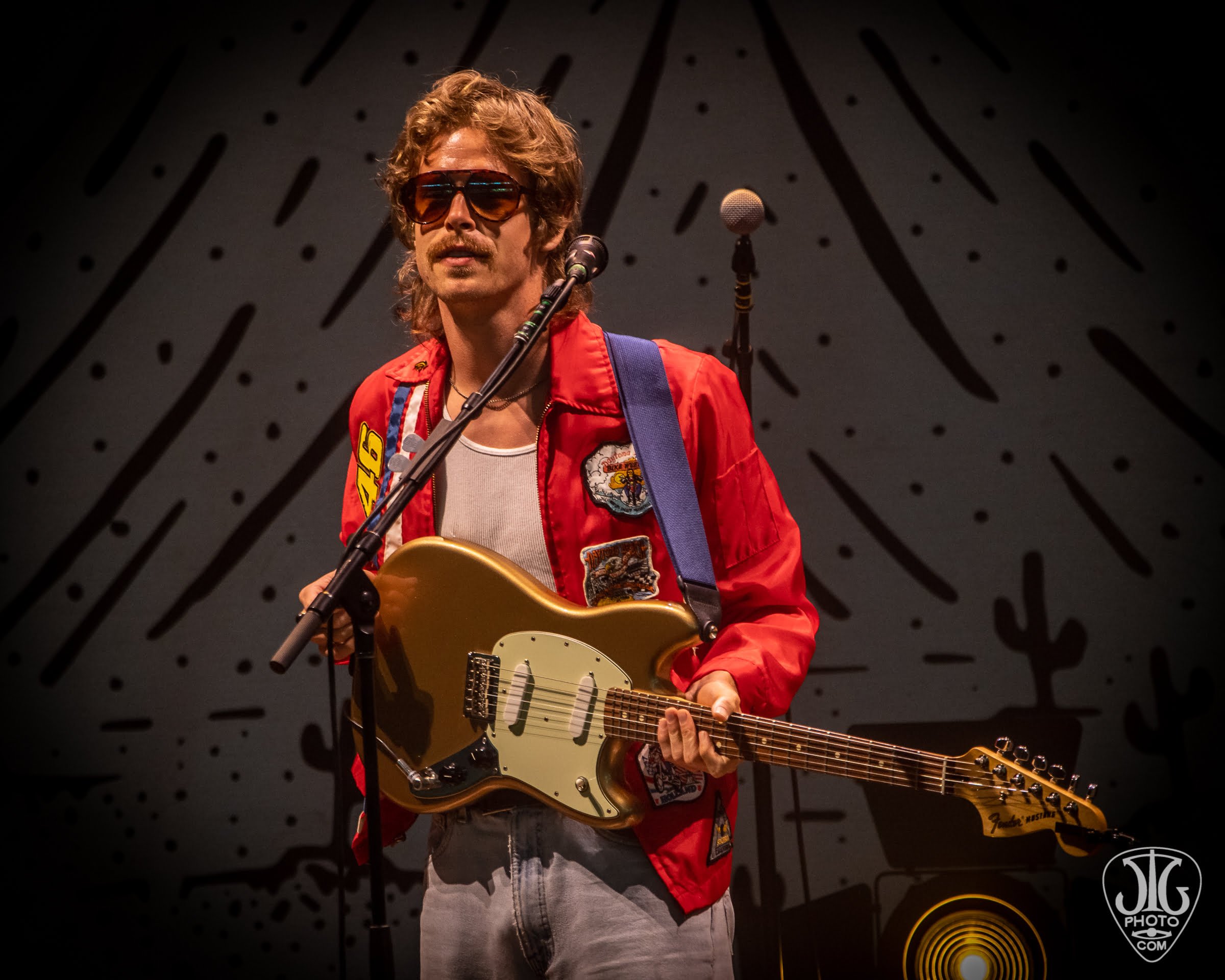 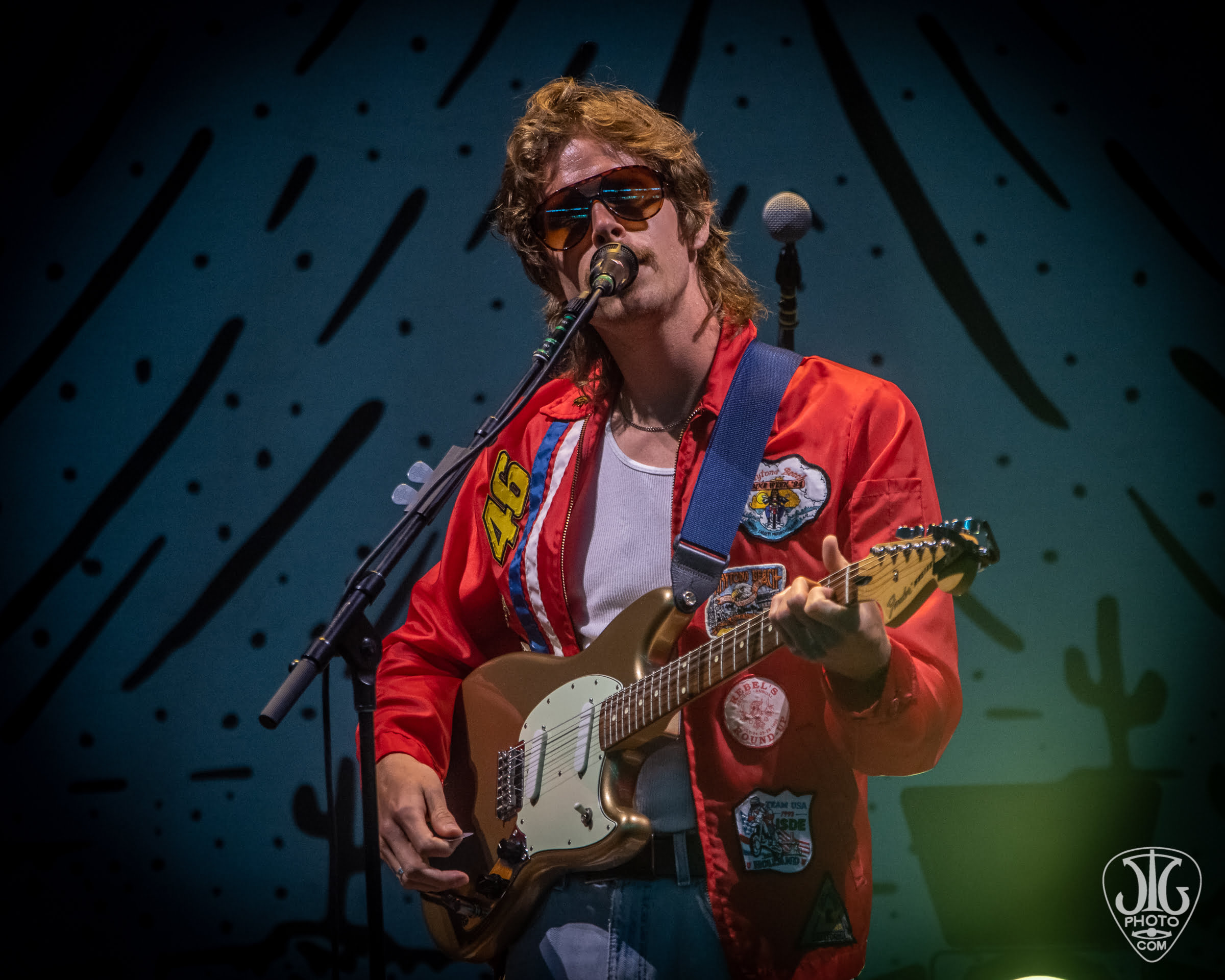 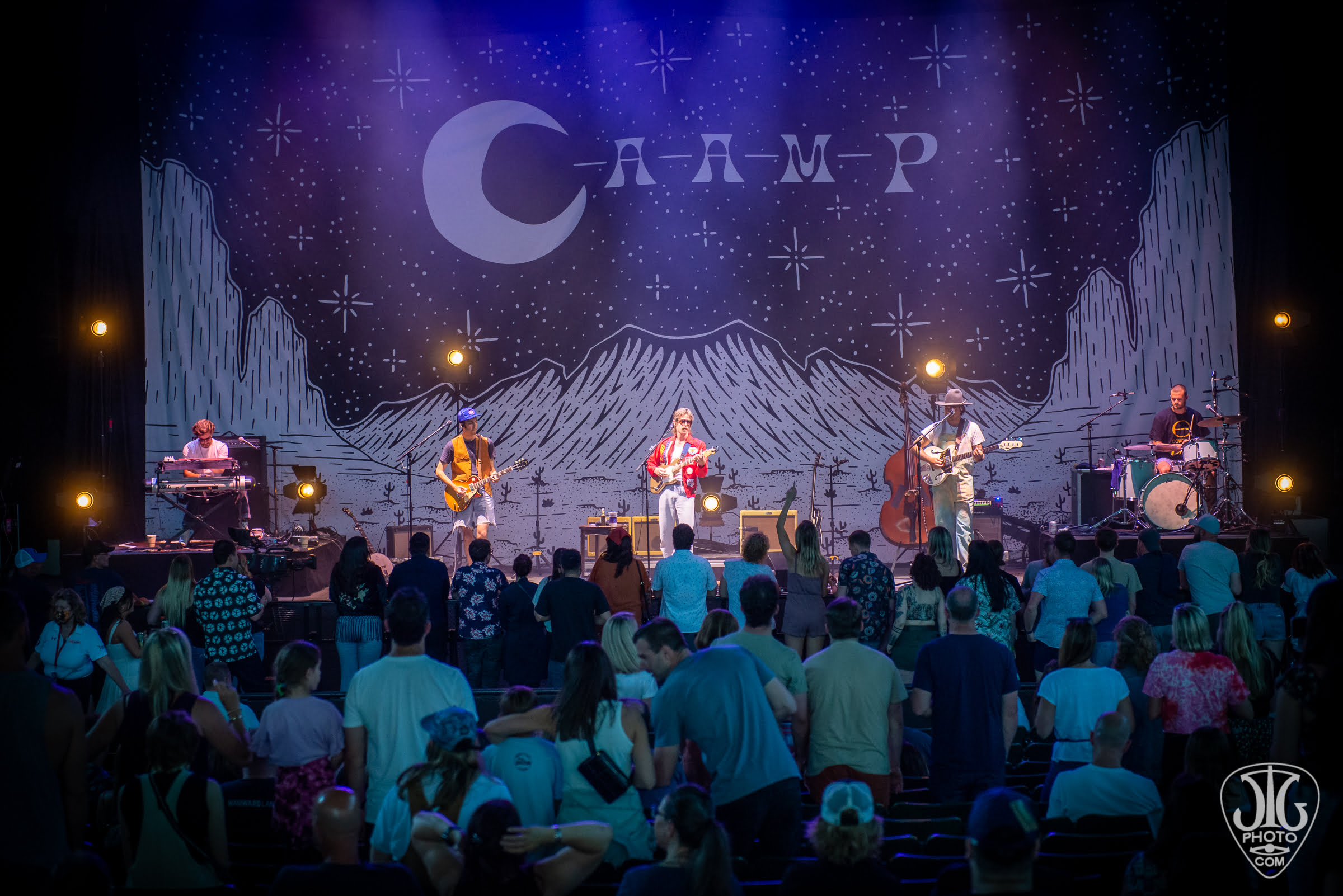 Laura is a writer from Niskayuna, New York who rediscovered her passion for language, music and the arts when her partner asked her to contribute to Nippertown a few years ago. In college, she was a news editor, poet, and musician, but her professional life as a social worker had consumed most of her creative energy until writing about music reawakened it. She writes and edits for Nippertown alongside her life partner when she isn't doting on their two dogs, cooking breakfast for their chickens, or walking through the woods.