Creating concert bills made up of performers from different genres can be challenging. Especially when the three acts are not entirely well known, perform a lot of original material, or play unusual arrangements of covers.  Add to this being booked at the start of a holiday weekend, and you’ve got some work cut out for you.

Such was the case of the Satyrdagg performance at Putnam Place Friday night. Satyrdagg is a band that is hard to categorize.  Leader Mowgli Giannitti has played in jazz, rock, 20th-century art music, Afropop, Afrobeat, salsa, samba, Gnawa, and Hindustani bands, and has integrated those influences and the influences of his band members to produce his own unique sound. I am an advocate for finding one’s own voice (as opposed to covering others straight), so naturally, I was attracted. The greater Nippertown audience evidently was not; the audience was sparse, to say the least.

The eight-piece ensemble, consisting of bass, bari sax, tenor sax, alto sax, trombone, vibraphone, electric mandolin, and drums, launched into their set. Their unique and eclectic sound and the virtuosity of the performances produced by this combination were not lost on this listener and the others in the room.

The opener, “Saudade”, sounded exotic, as if from another world. “Father Death” had a similarly unique feel to it.  The lyrics were poems, and the subject matter was similar to that which is found in prog rock, concerning personal journeys and metaphysics.  Vocals were handled by Giannitti and local jazz musician Jeanine Ouderkirk, who also played baritone sax.  Harmonizations were voiced specifically to give an unusual feel to them.  The vibes were tuned and played in an exotic voicing that I had never heard before.

In addition to the originals, there were two cover tunes. Being Bob Dylan’s birthday, his classic “Don’t Think Twice, It’s All Right” was performed with the lead instrument being electric bass, and featured an electric mandolin solo by Marc Edwards. The other cover was the closer, the groundbreaking Lennon/McCartney song that many consider having launched the psychedelic revolution, “Tomorrow Never Knows”. Never performed by the Beatles live, Satyrdagg certainly used their own voice.  The beat was changed and the electronics and arrangements certainly gave more of an impression of “floating downstream” than the original, except with a pulsing heartbeat.

Quotations from other well-known jazz compositions such as John Coltrane’s “Equinox” were heard in some of the other compositions as well.  In the end, I could not find the words to categorize this band, so perhaps Mowgli’s description as “alchemical jazz rock opera” is best.

The opener was Karl Bertrand of Let’s Be Leonard fame. He played a solo acoustic set of his own compositions, many of them previously unheard.  Meandering guitar with soaring vocals, and a truly charming and sincere stage presence certainly will help Karl build an audience for his solo work.

The Va Va Voodoos are a band that has a great following in Rensselaer County. Their power chord-heavy sound is heavily influenced by surf, punk, and garage rock. One can hear the Ramones, the Clash, and the Dave Clark Five alongside surf music of the ‘60s, as well as some interesting covers such as The Who’s “I Can’t Explain”.  All with an insistent beat.

The three different acts on this bill would be perfect for a summer festival with large crowds open to hearing different sounds. Unfortunately, with the sad and serious events during the past week, it seemed like audiences really wanted to hear something familiar and comforting to assure them that the world is okay. 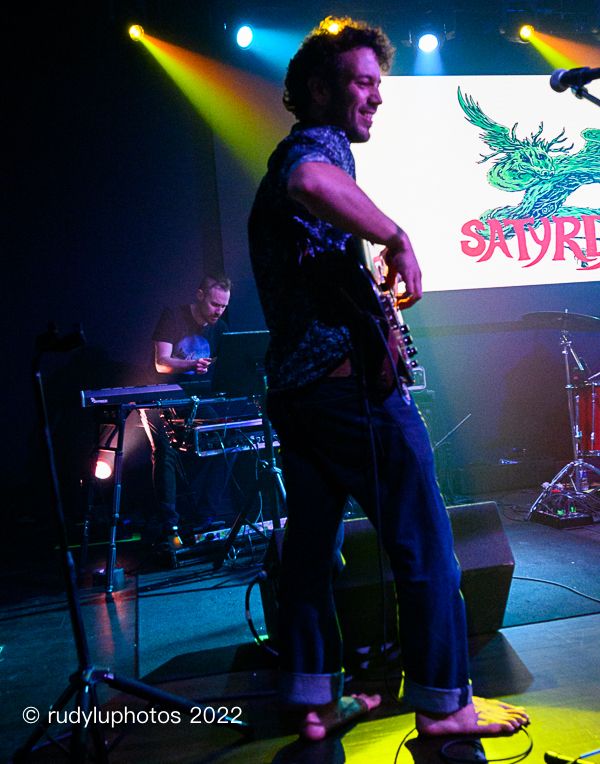 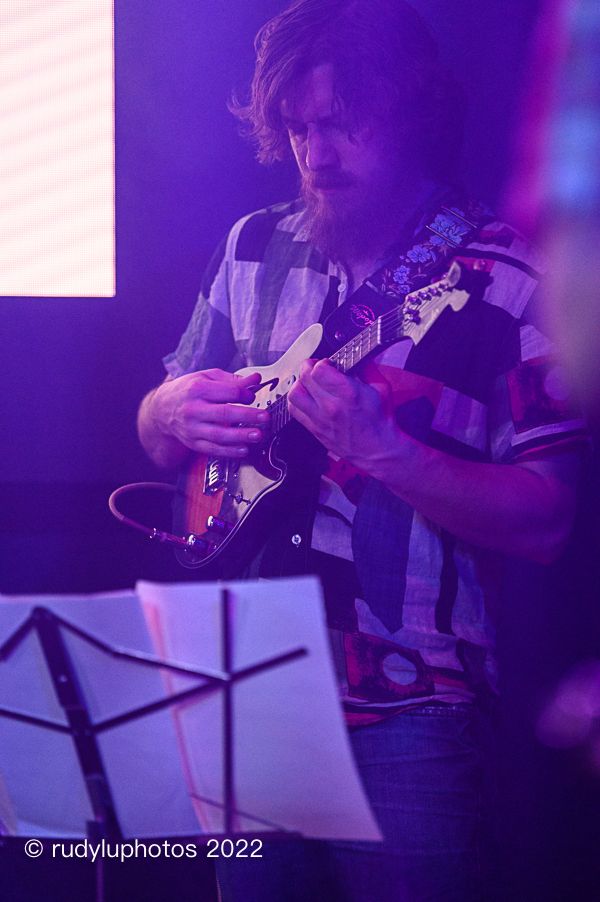 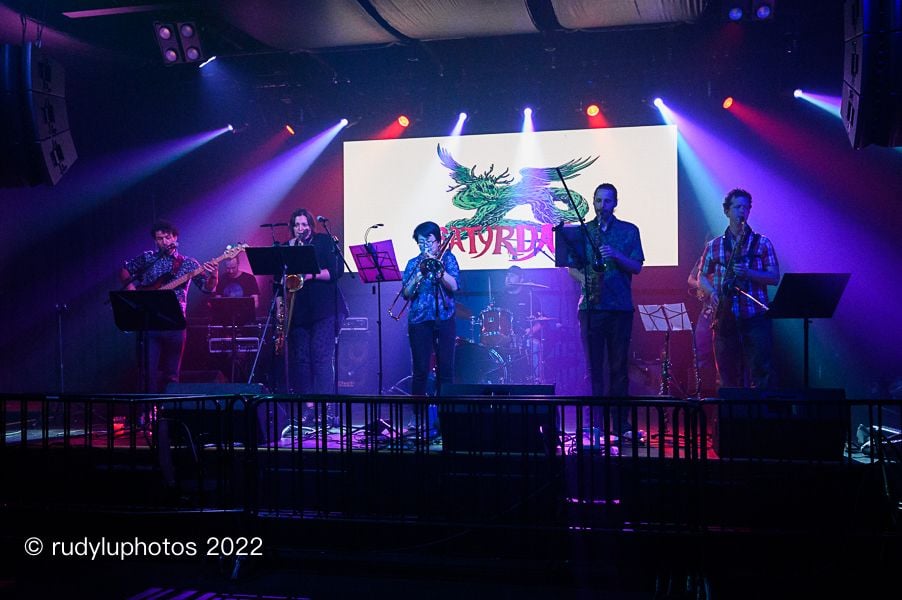 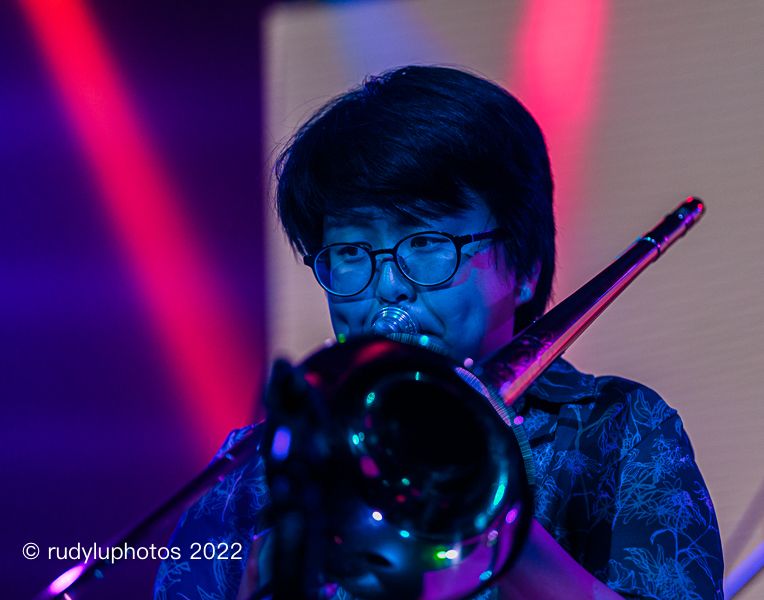 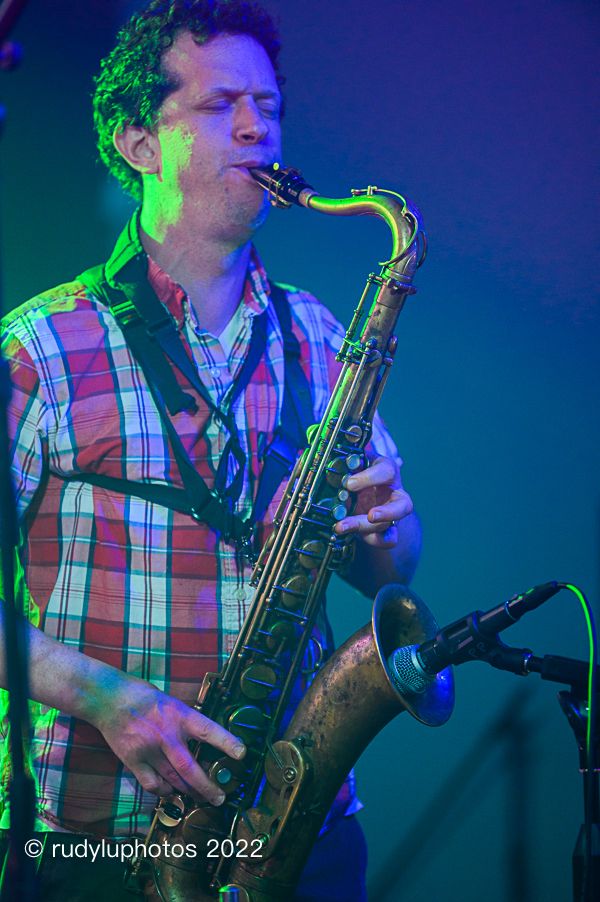 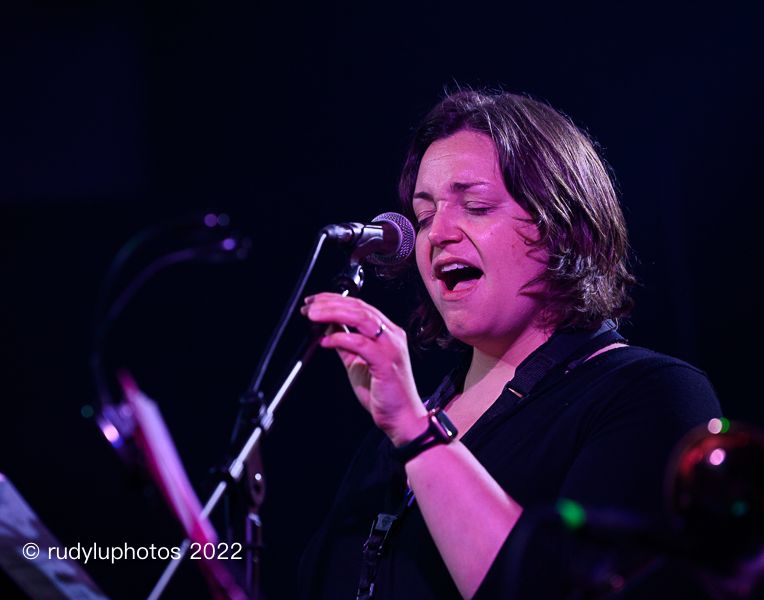 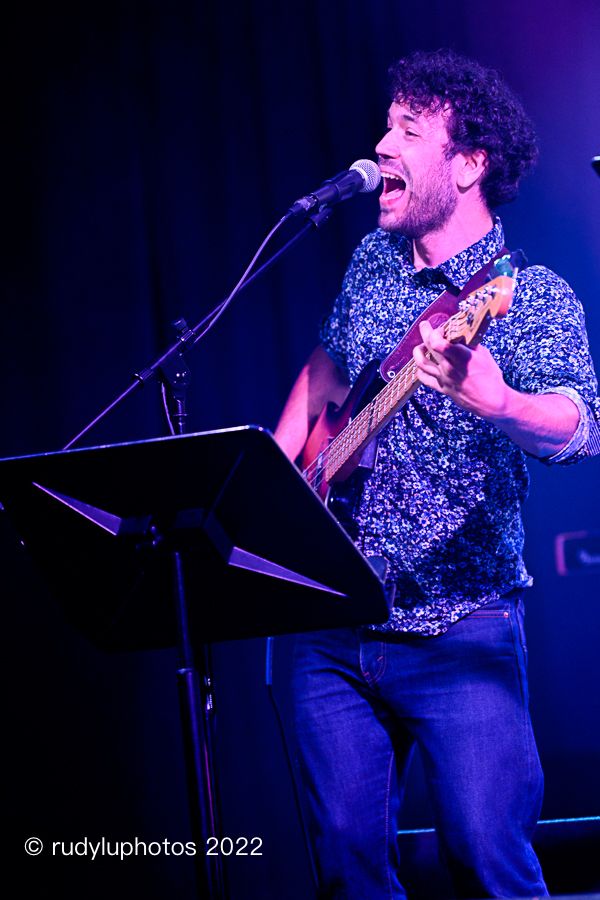 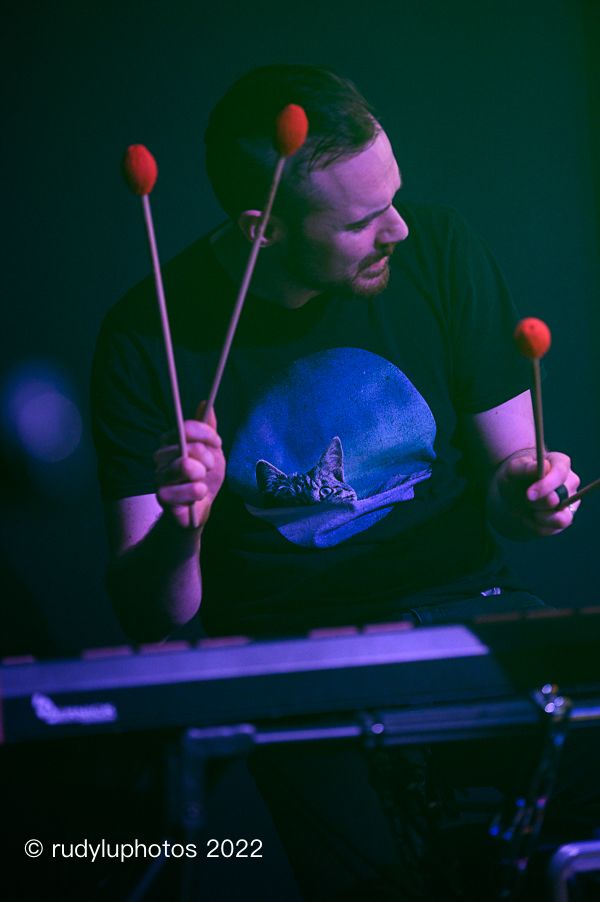 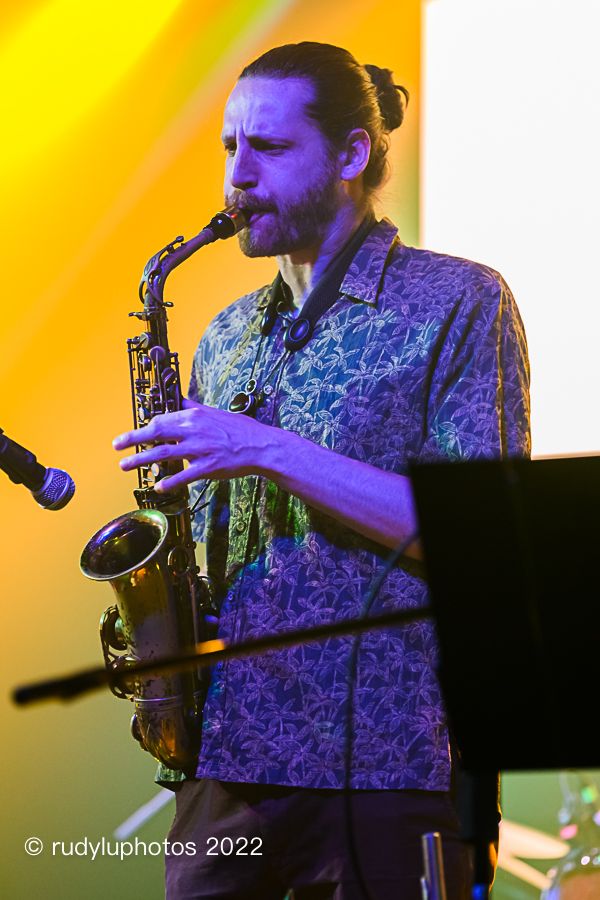 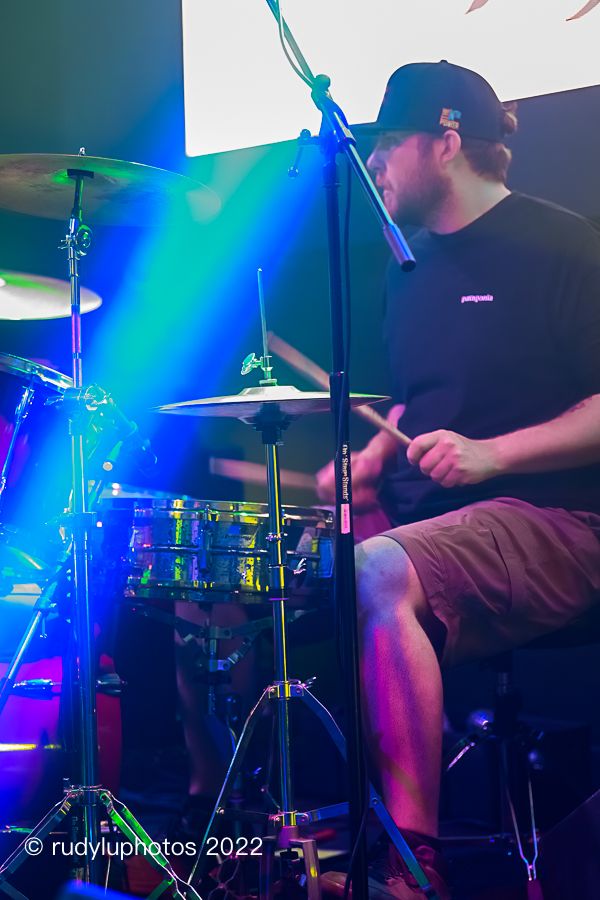 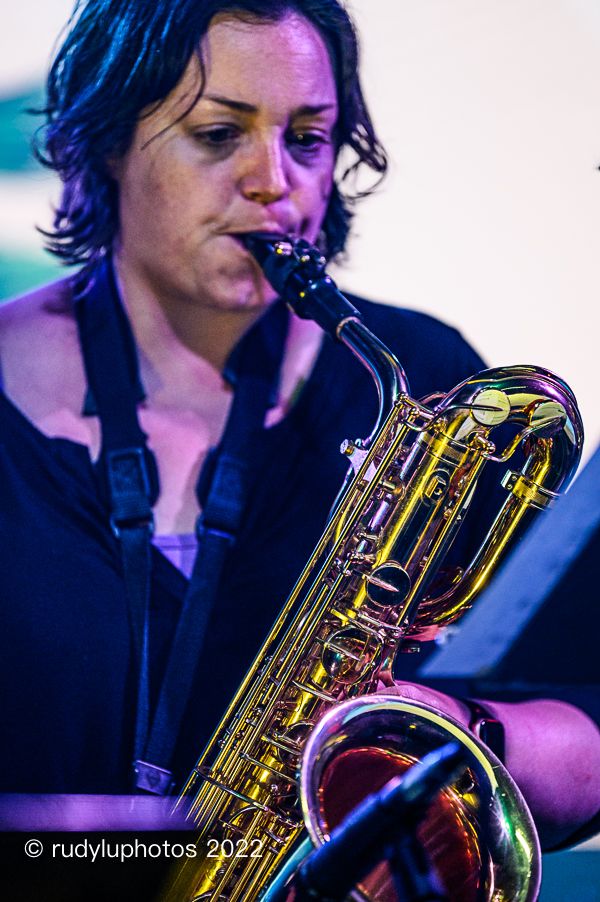 LIVE: The Art D’echo Trio with Joshua Nelson @ Jazz on…