It’s Saturday night in Cohoes NY. I’m at the Cohoes Music Hall, accompanying the Mayor of Nippertown for Johnny Morse’s Rock And Roll Low Dough Show. There’s a calm in the air as the marquis lights come on and the doors open. That’s where the calm ends and the energy starts building. We make our way into the hall and the crowd is abuzz. All looking forward to the night of Rock and Roll ahead of them featuring Harmony Rocks, Mike and the Monsters, and topping off this triple bill is none other than Johnny Morse and the Johnny Morse All-Stars. This show is the final show for Johnny Morse’s The Star band. “Tonight is it for the JM All-Stars” says Johnny Morse himself. “I will still be playing here and there guest performing, but the days of playing gigs to 15 people are over ” Morse added, as he took a swig of his trademark Busch beer. Johnny smiled big and said to me, “It’s been a hell of a ride mate”. Johnny was showing us his special outfit he picked up just for this gig. We will get into that a little later. Let’s get to the show.

First to take the stage, playing to the more than 200 people in attendance was Harmony Rocks. They informed us before the show it was the first gig for the drummer and them all playing together. As they got into their set it didn’t seem like their first at all. They were very energetic and sounded great. They treated the crowd to an almost hour-long set, ending it with a blazing rendition of Golden Earring’s “Twilight Zone”. Impressive set and hope to see this lineup again.

After a brief gear swap. It was time for Mike and the Monsters. Always a great addition to any bill, Mike and the Monsters always put on a BLISTERING set of 80’s-90’s metal that gets the crowd moving! Front woman Michaele Ann Flynn, who commands control of a crowd as nobody can, leads the band of Vince Rau (guitar), Andy Peseka (guitar), Tucker (bass), and Michael Smith (drums), into their one hour set. They rocked it out and kept coming with hit after hit including Guns and Roses’ “Sweet Child of Mine”, a killer Bon Jovi medley, and ending the set with their signature “Nothin but a Good Time” from Poison. The Monsters were absolutely on FIRE, and Mike, as always, is as hot as she is talented, and had the crowd dancing, screaming, and prime for the main event. After the set, I was lucky enough to be gifted the camo and neon green stripe scarf from Michaele Ann’s Mic stand. (**Note from Fuzz** This is written objectively and my crush on Michaele Ann has no bearing on this article)

And now… the moment everyone has been waiting for. Johnny Morse and the Johnny Morse All-Stars. After the Star Wars theme played, and The Mayor and I got the crowd all riled up for what was about to take place, There was the haunting sound of a single bagpiper, that was walking through the packed crowd of bodies, followed by a man, Dressed in an all-white suit with gold trim, trademark plateau hat, adorned with a thick gold chain band, and patent leather shoes with gold tips and accents, It was none other than the man of the evening himself, Johnny FUCKING Morse! He made his way through the crowd of his adoring fans, and to the stage where he raised his arms and the crowd went NUTS!! JM was truly in his element, on stage with the All-Stars and friends, a crowd of his biggest fans, and at the Cohoes Music Hall… He was HOME!! What a way to put the cap on an almost 45-year career in music. Playing almost every venue, past and present, in the greater Nippertown Area, and playing with some of the biggest names in local AND national fame. It was a set filled with classics and solos that if you missed it, you REALLY missed it. Joining Morse on stage was a mix of some of the greatest musicians the area has to offer. Ron Toth, and the 518’s own JJ Savage (now in LA but always an Albany man) on the guitar, Paul Fraim on the bass, Paul Zarvis on the keys, “Stormin” Norman Grey on the drums, and Rob Carson on the sax. They were also joined by special guests Guitar GODDESS Kristen Capolino, Johnny Clifford, Tracy Morse, and Tommy Love. From start to finish, The energy was electric on this blistering set, and even though the set was cut short by the venue due to noise ordinance, it was an amazing night and a great end to a legendary act, whom I’m sure we have not seen the last of. Rock on Johnny Morse. so with my 6 fingers and toes, I raise this glass of Waterford Water, and propose a toast… to Johnny Fucking Morse… moving back to Cohoes!!! Thank you for years of memories, and for entertaining all of us all these years. Cheers Mate.

It was one hell of a night. All 3 bands were killer and sent Johnny Morse’s All-Stars off with a bang.   I was honored to be a part of this evening, and am glad to see Johnny happy with the turnout. Well done to all the bands, the staff at the Cohoes Music Hall, and anyone else I’m missing. Again… I’ve said too much. I’m out. I’ll catch you at the next one! 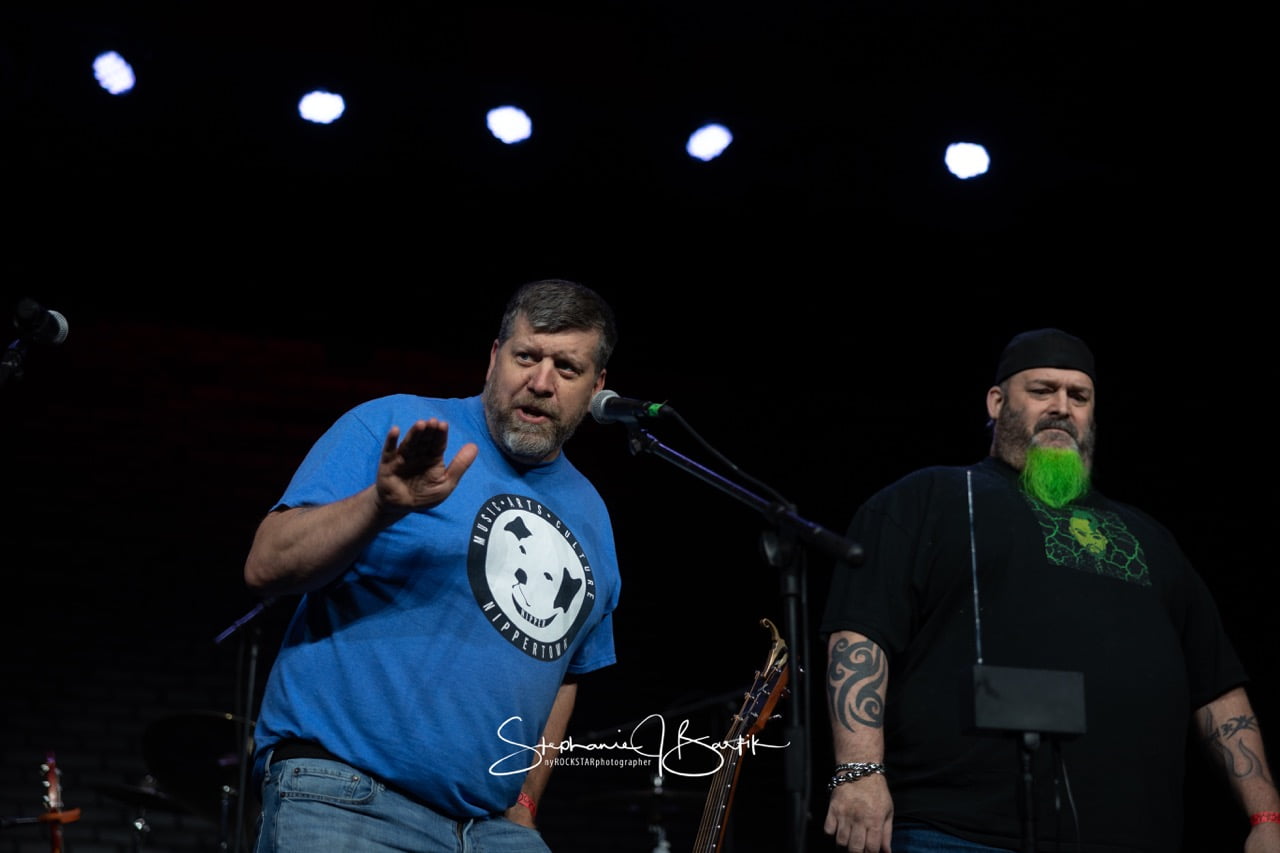 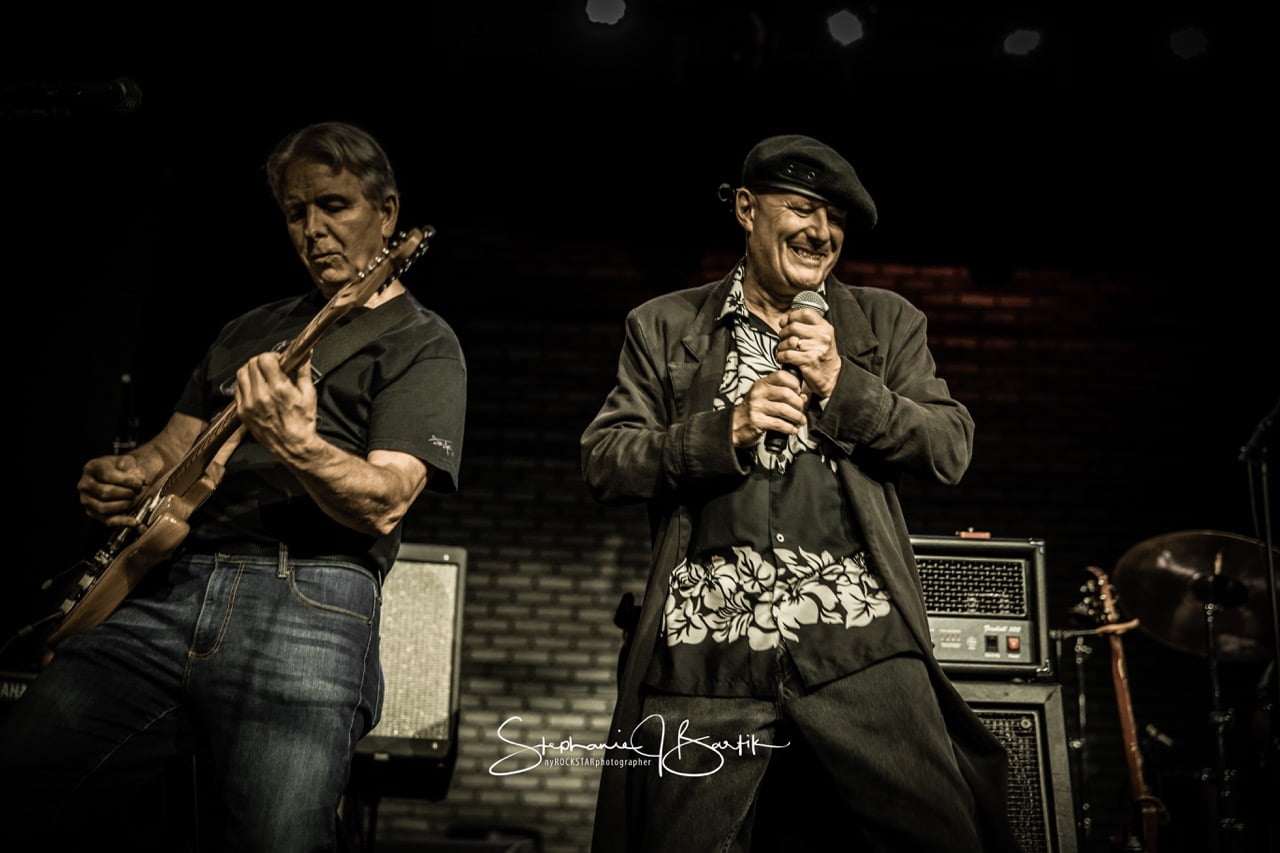 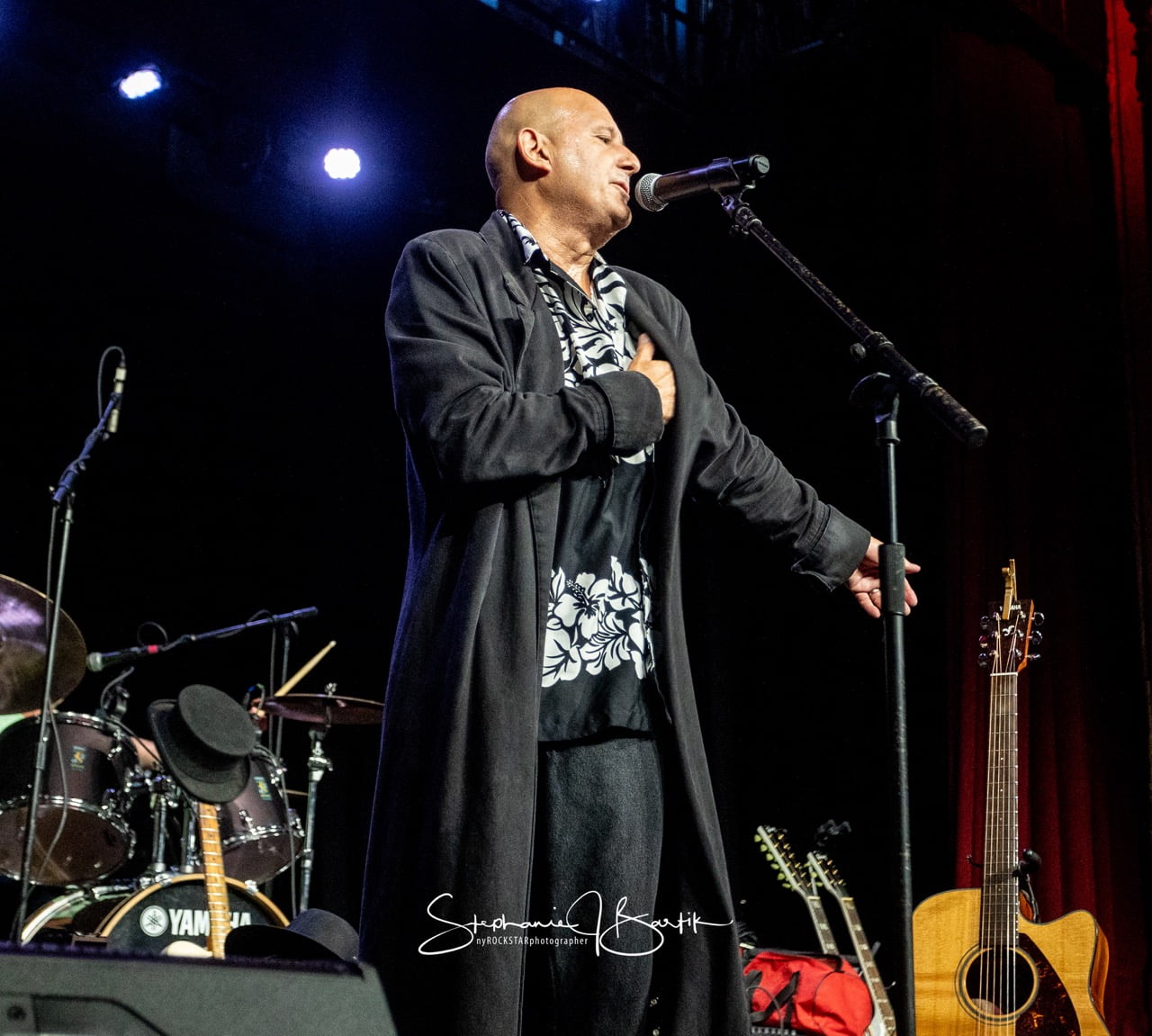 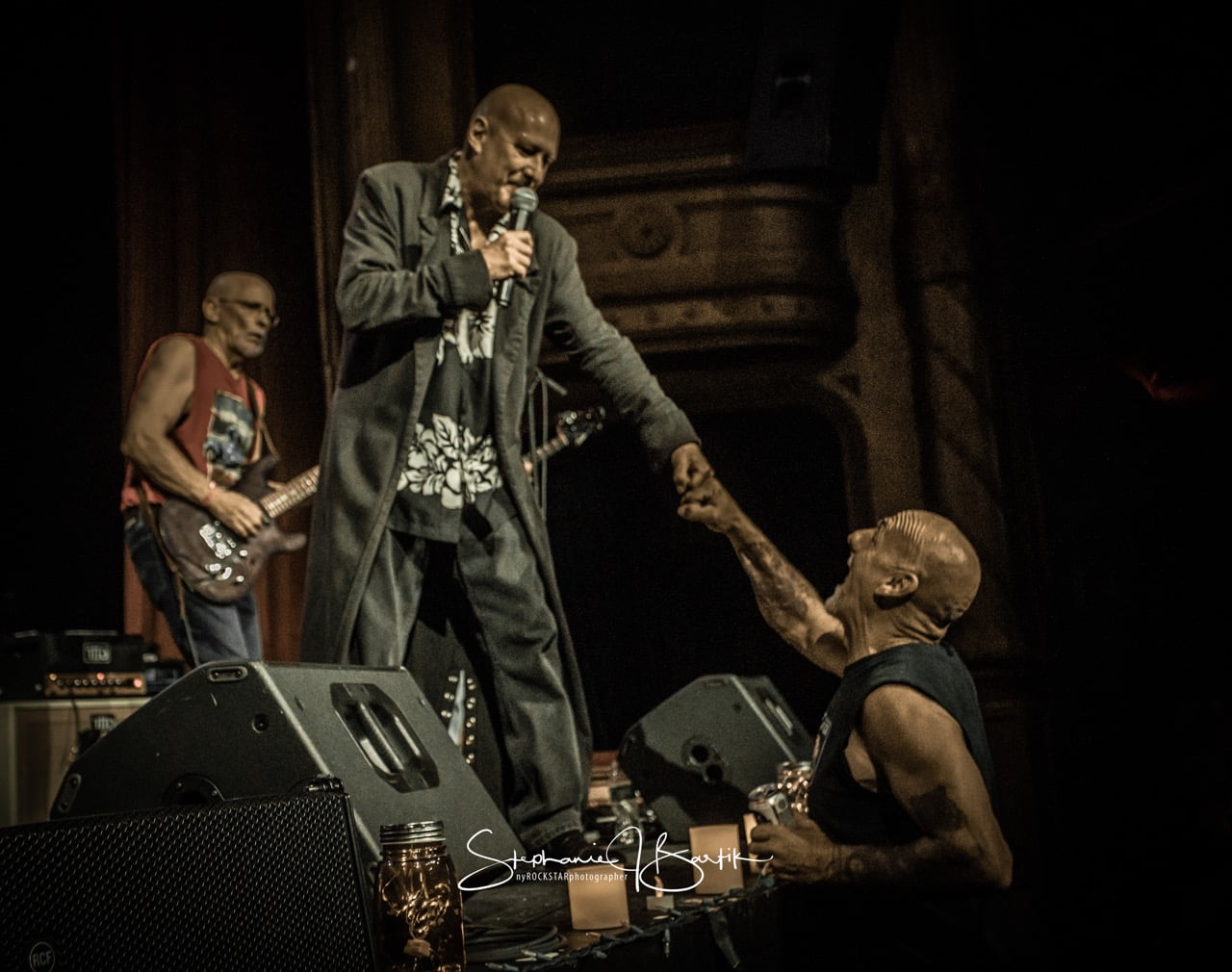 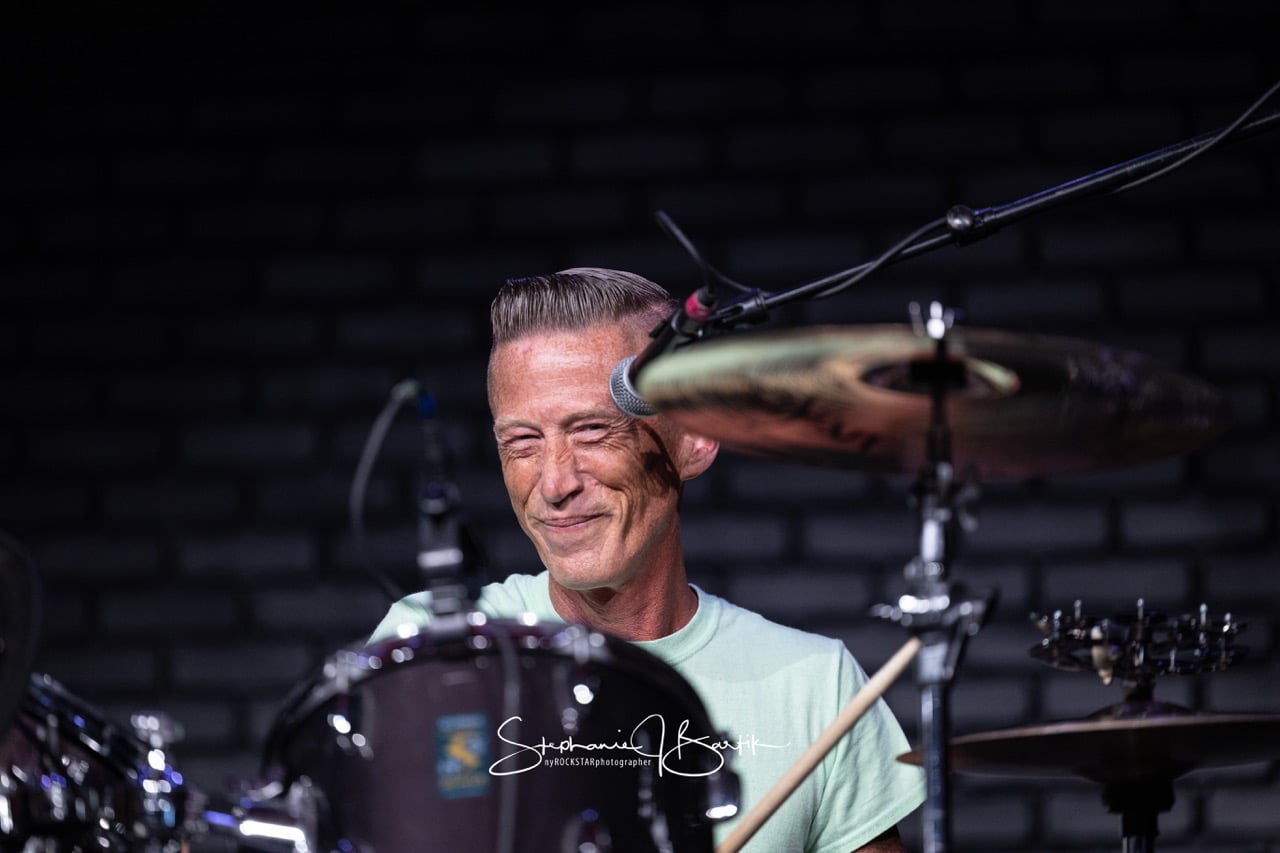 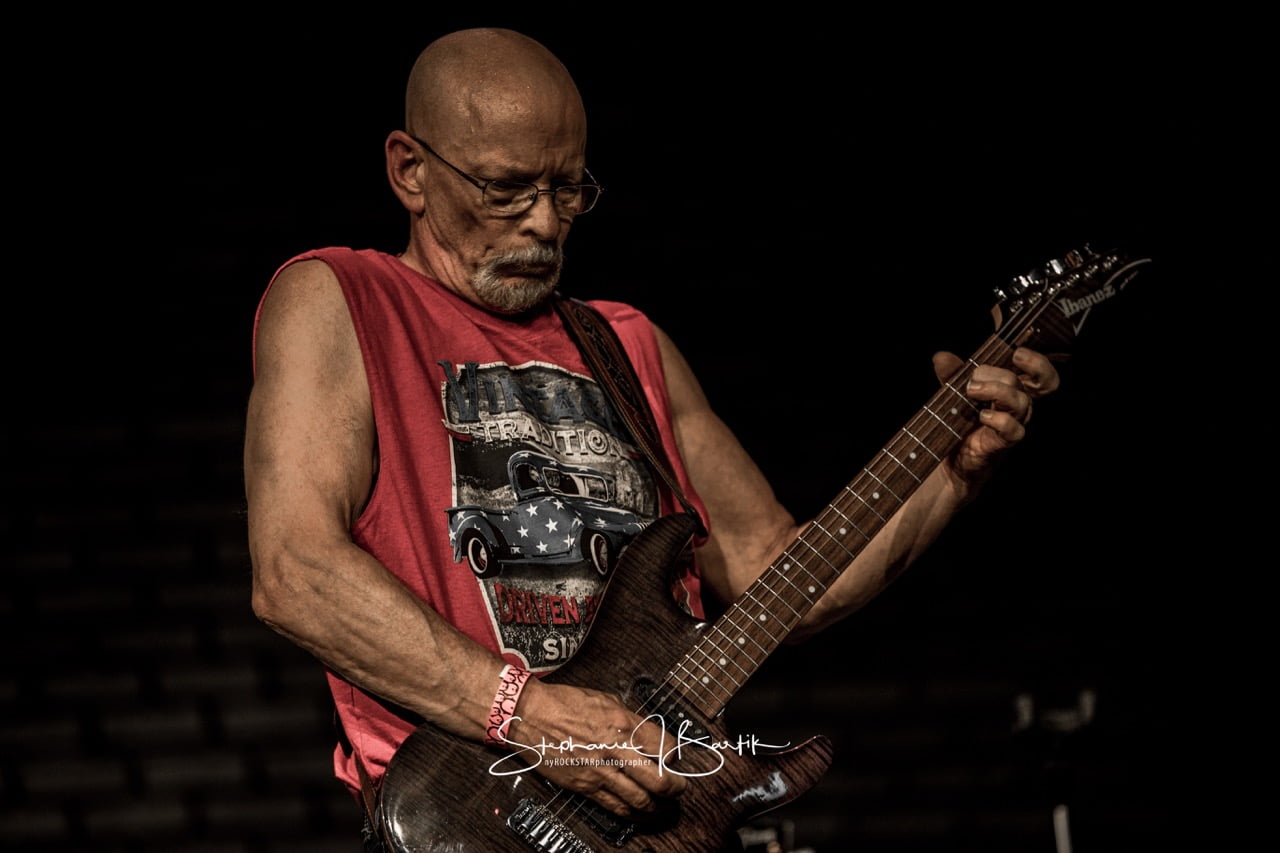 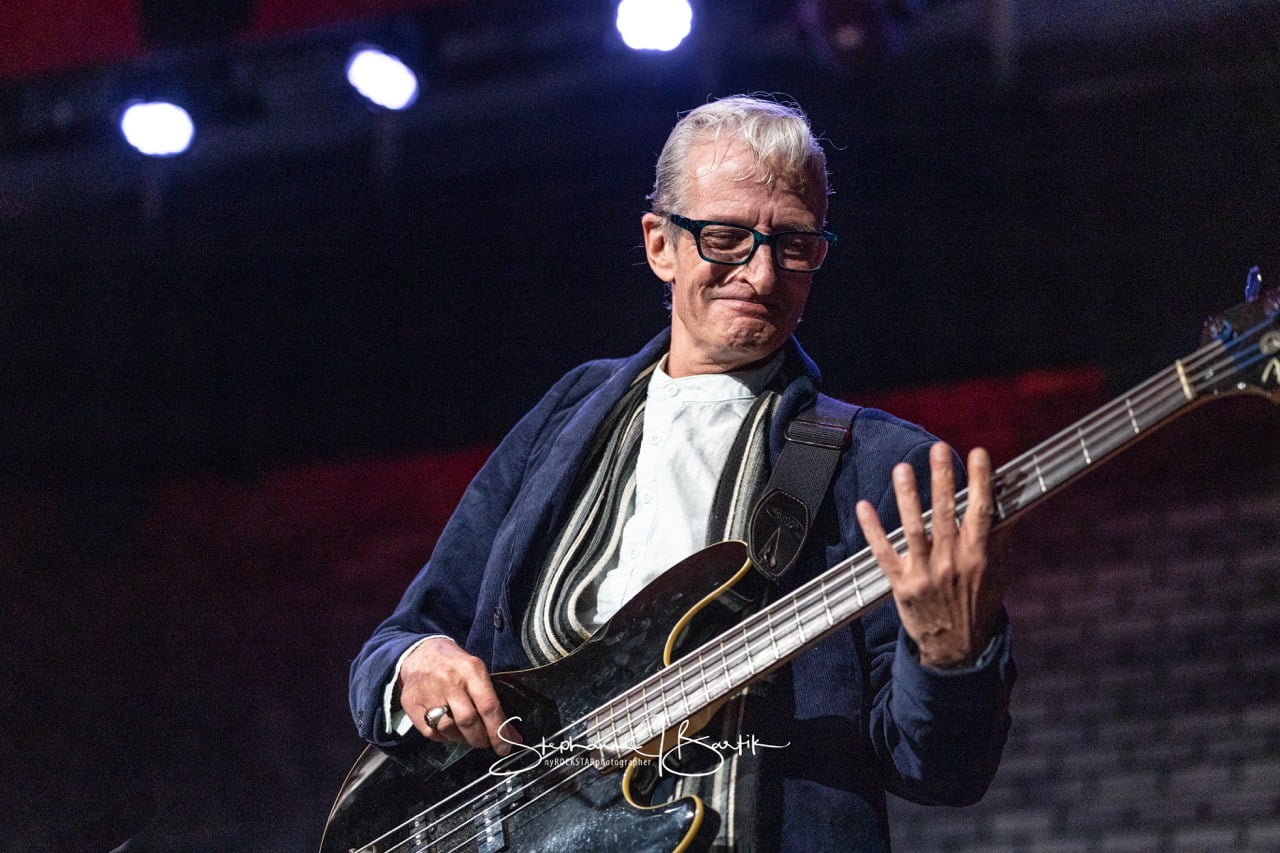 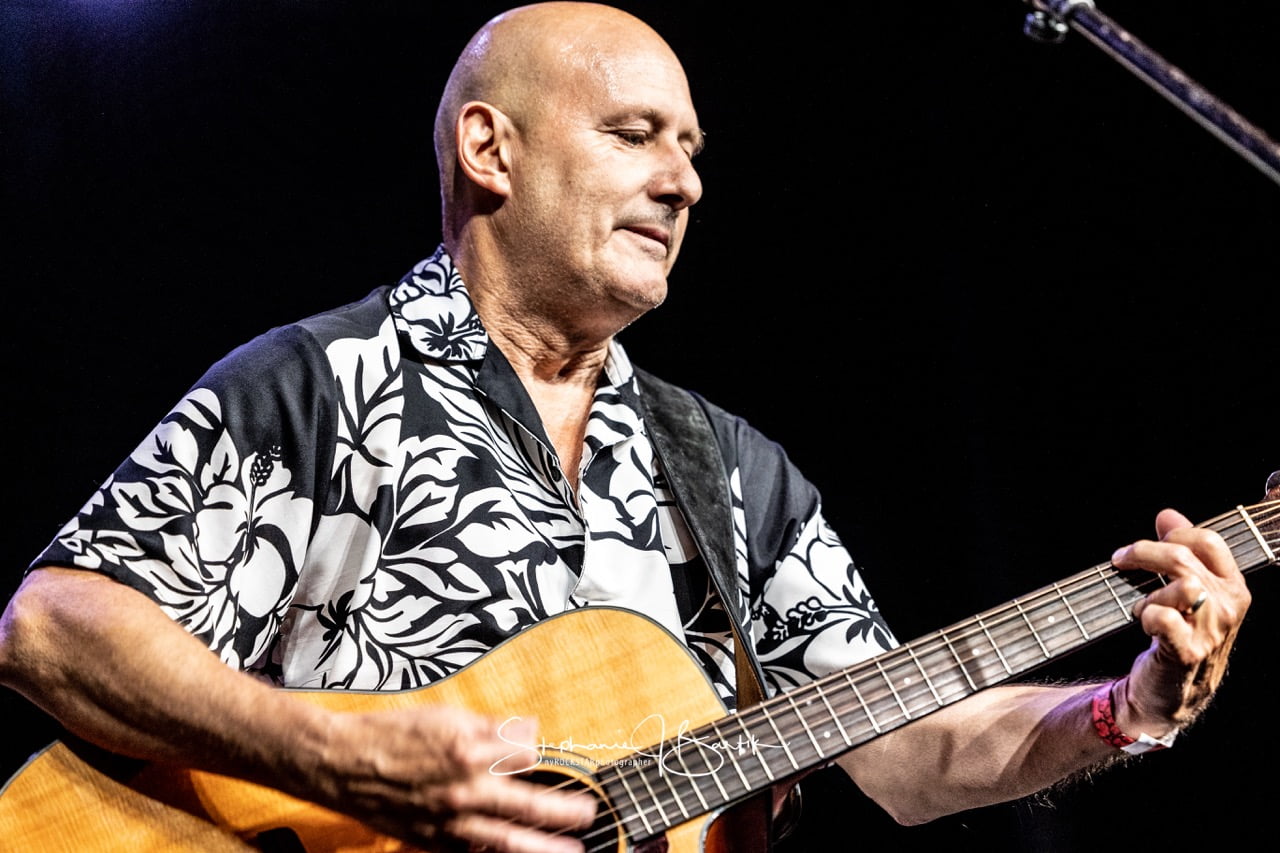 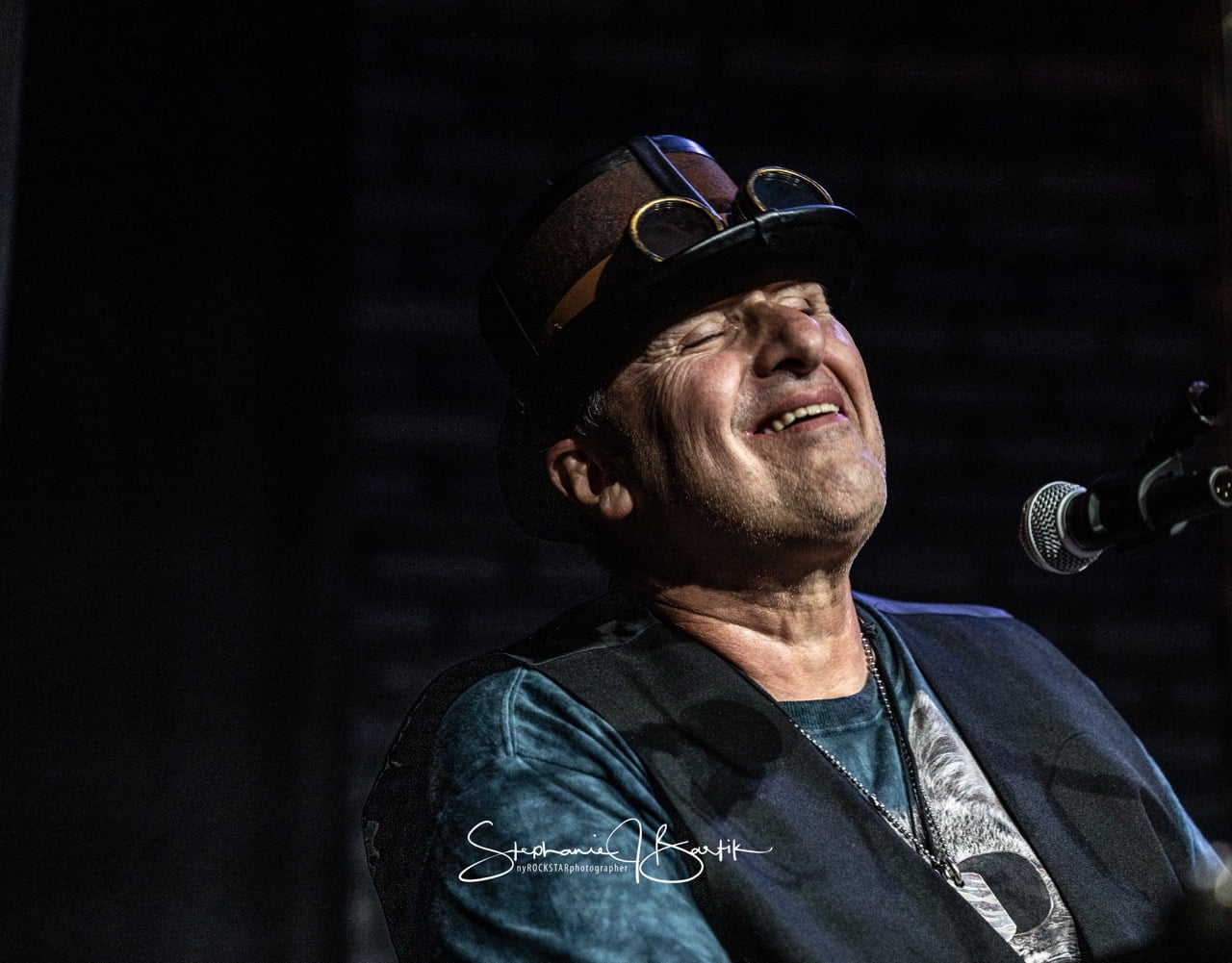 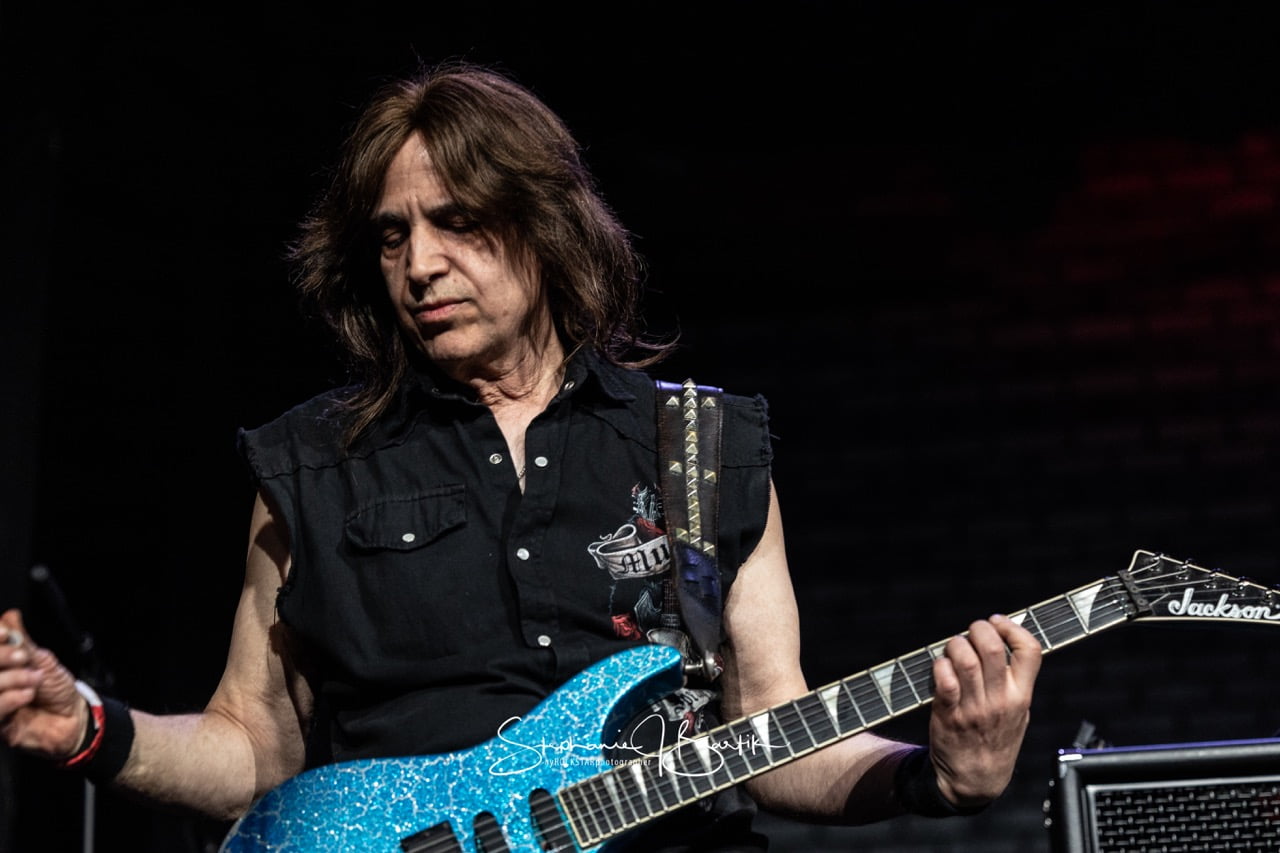 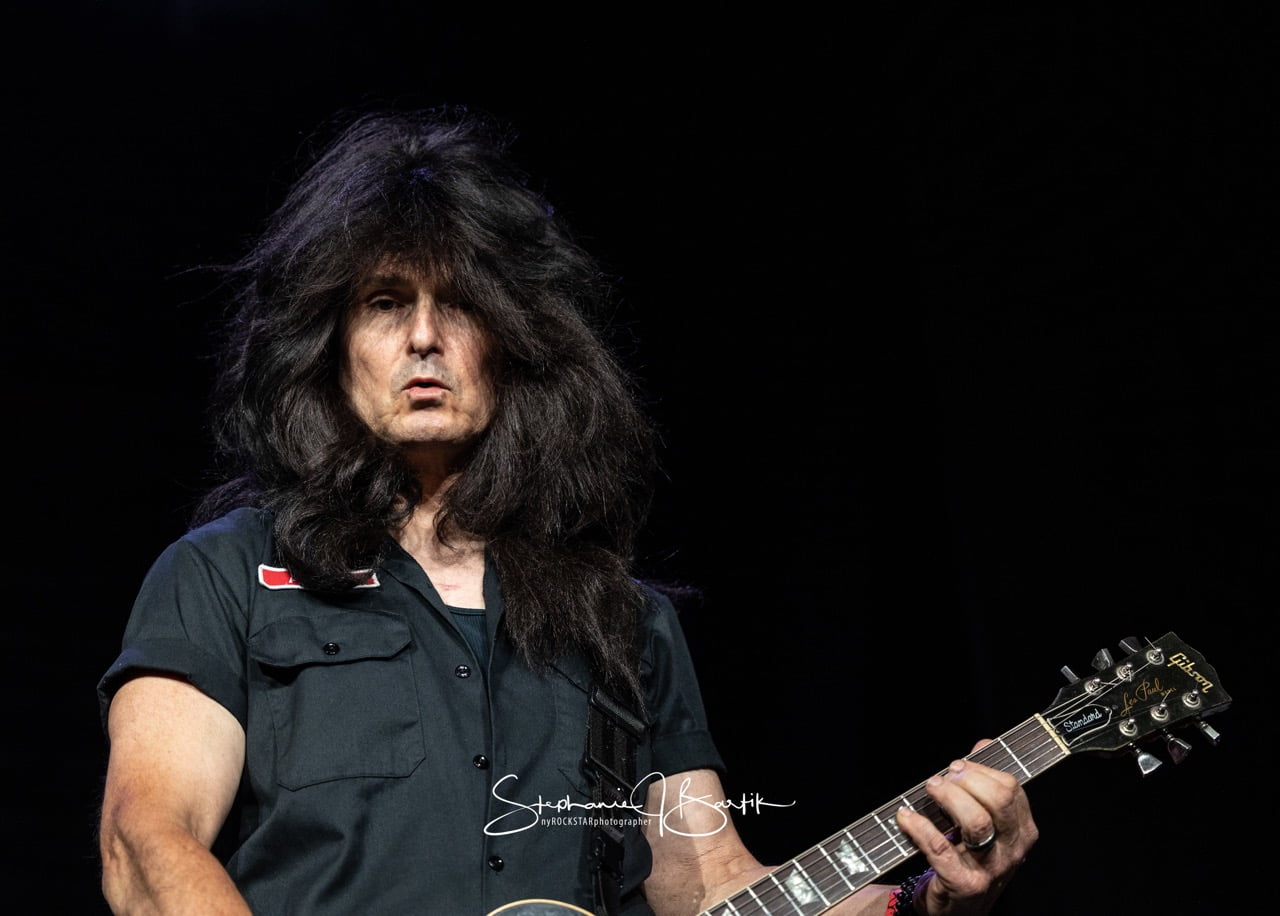 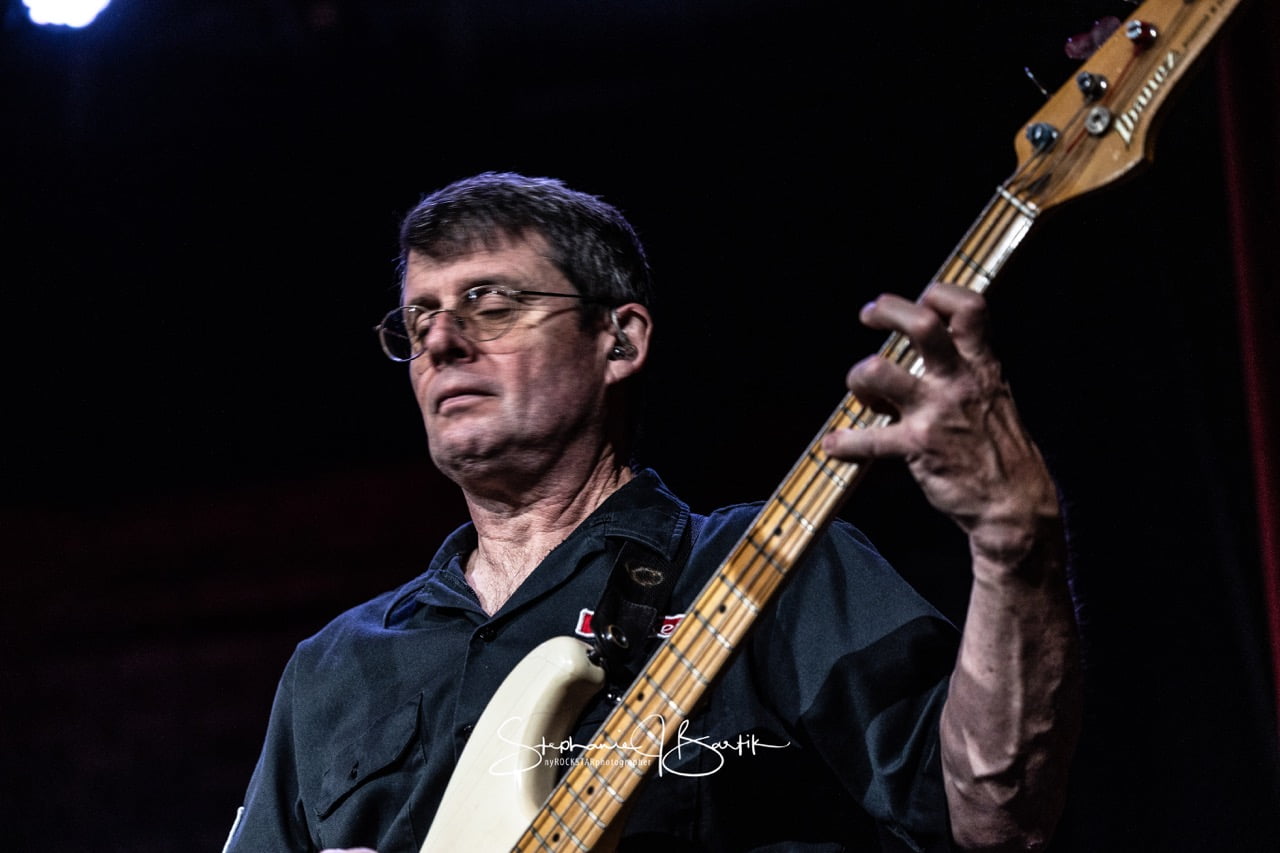 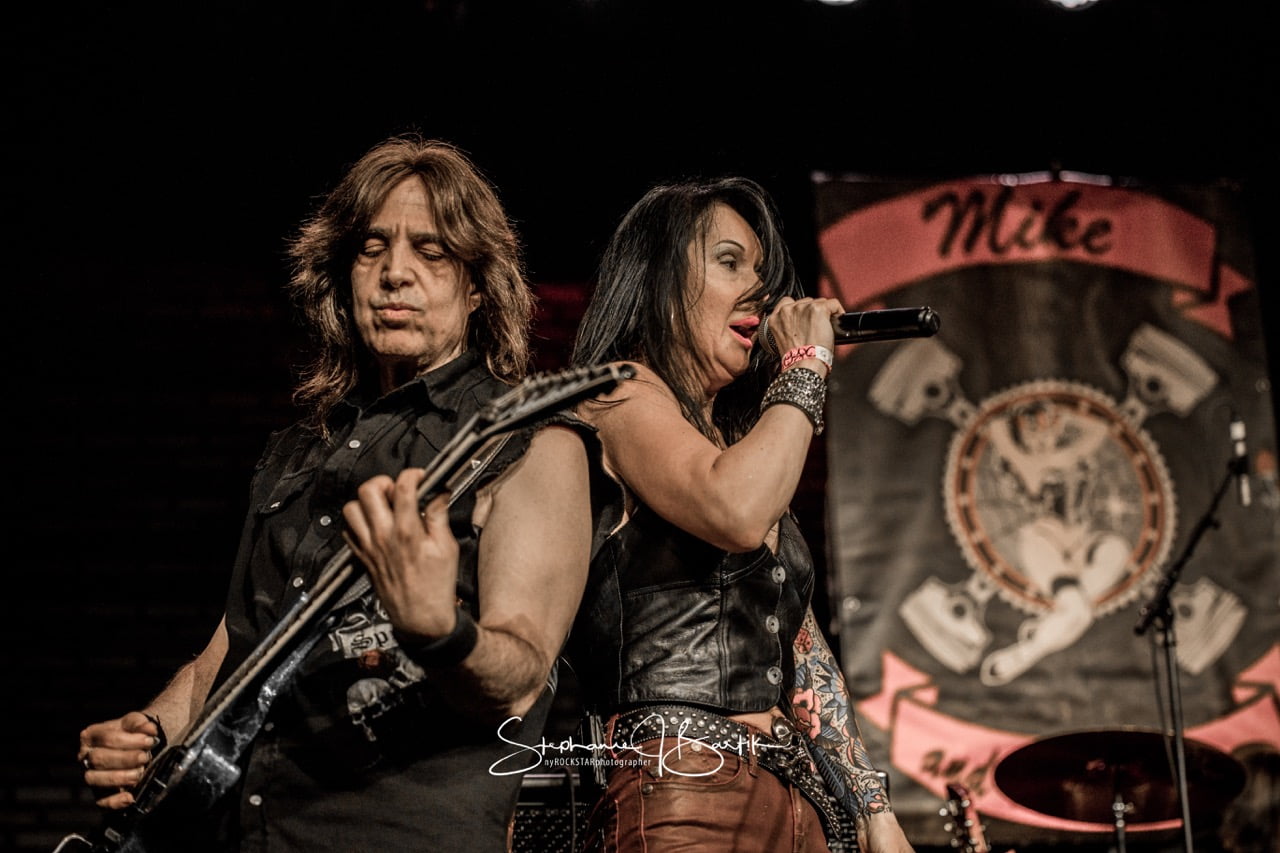 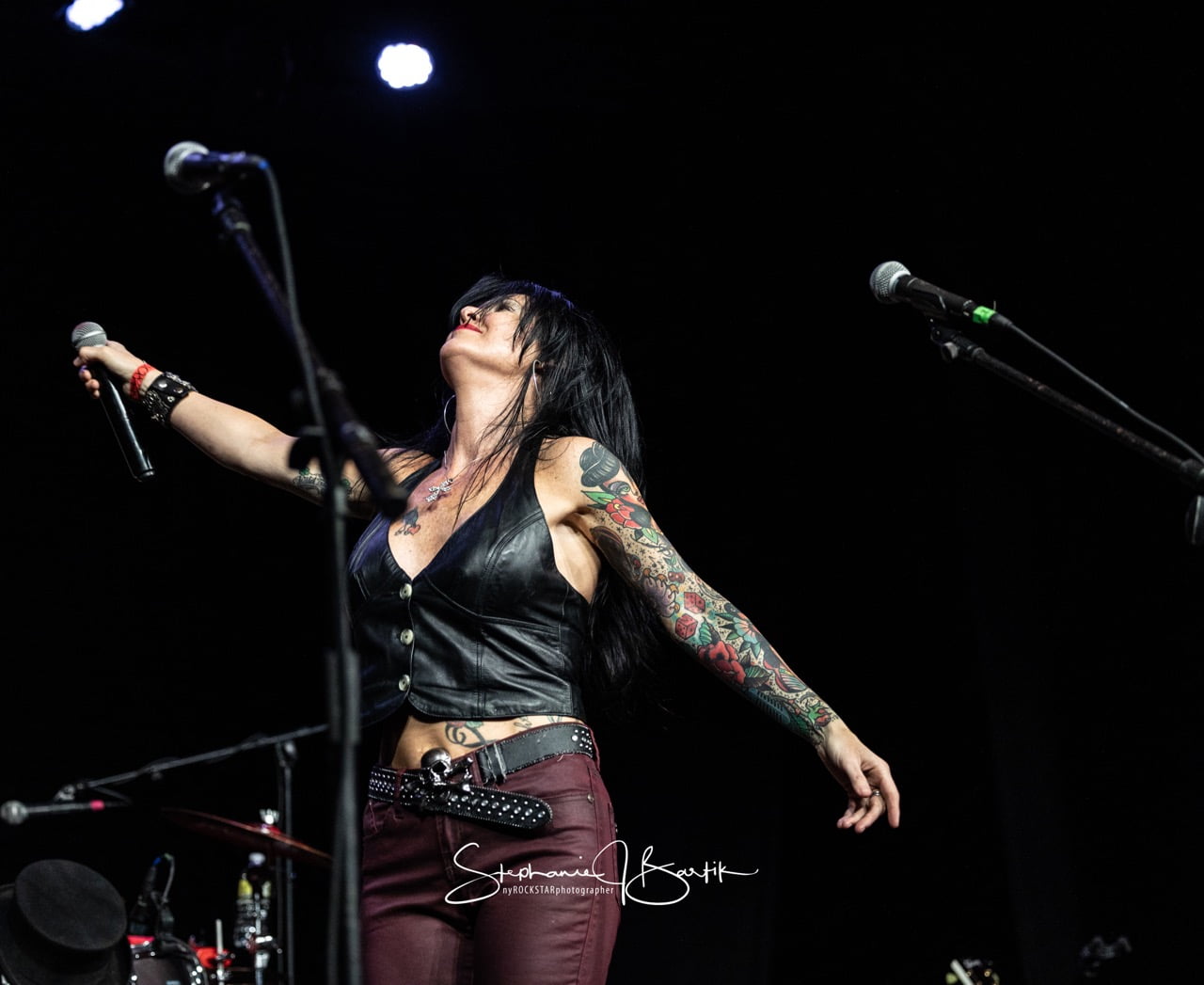 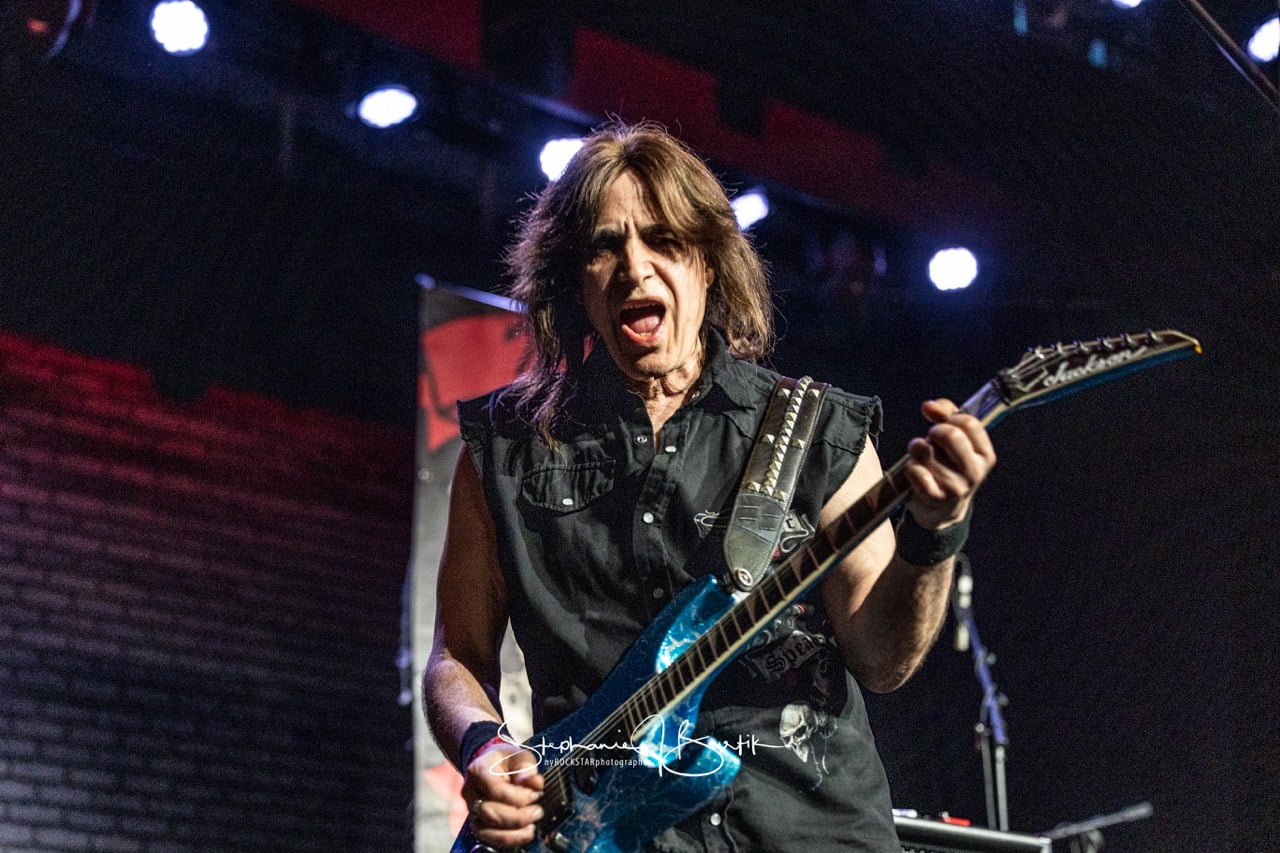 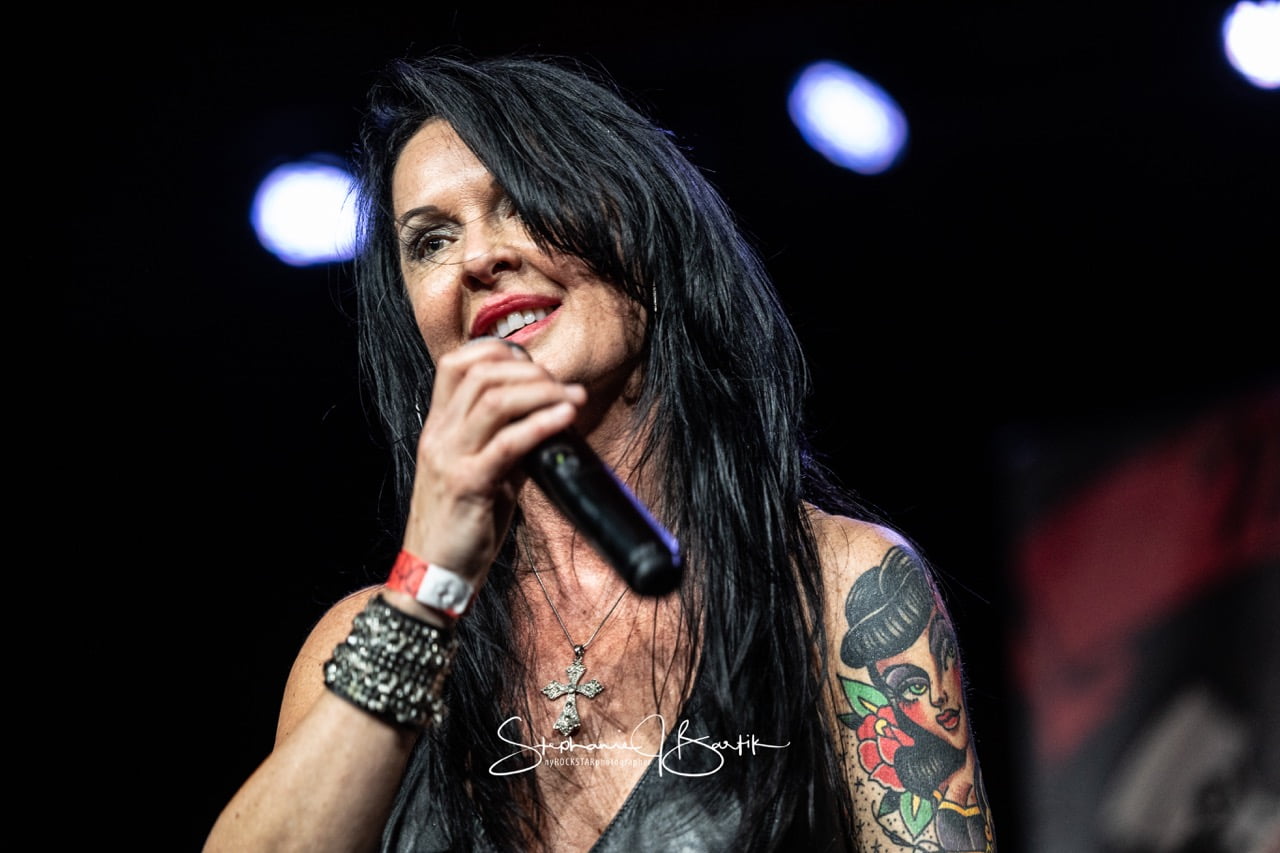 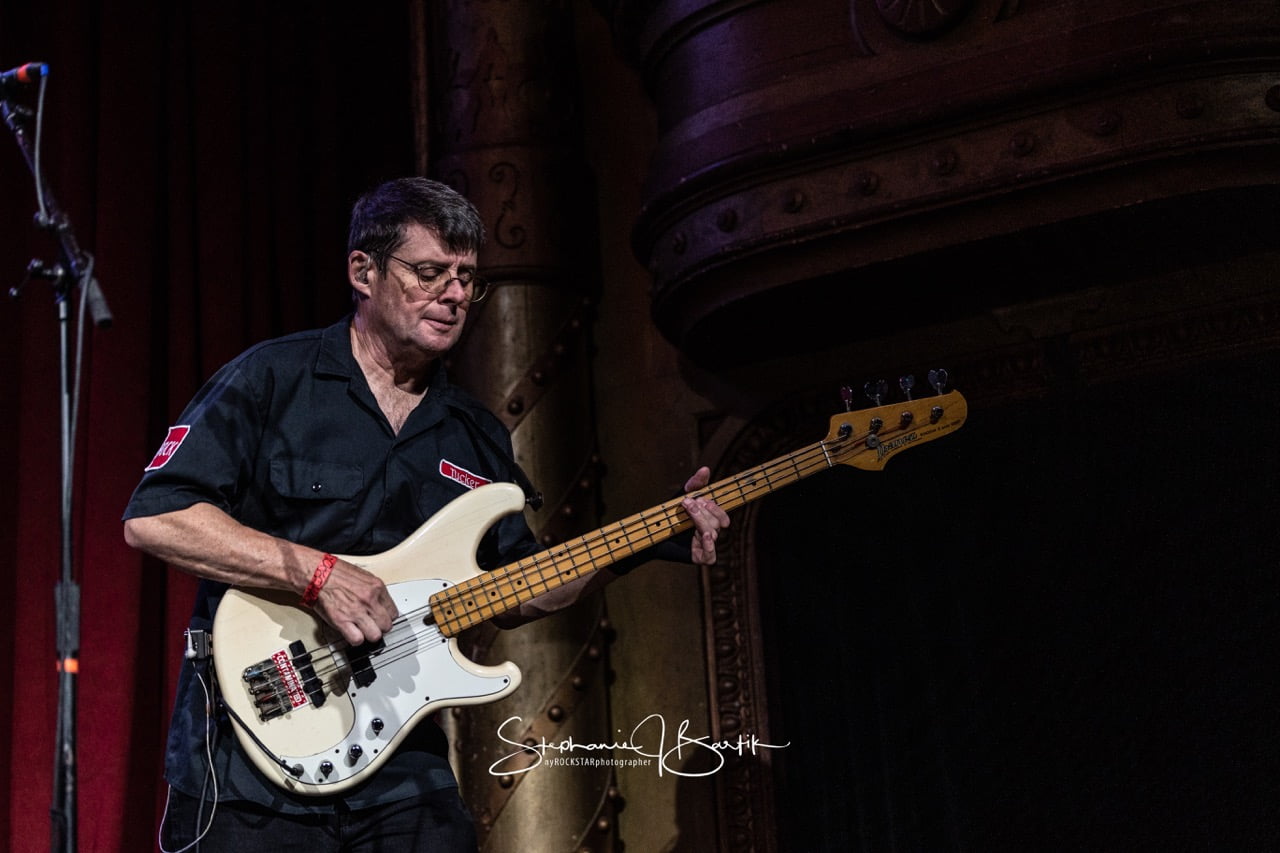 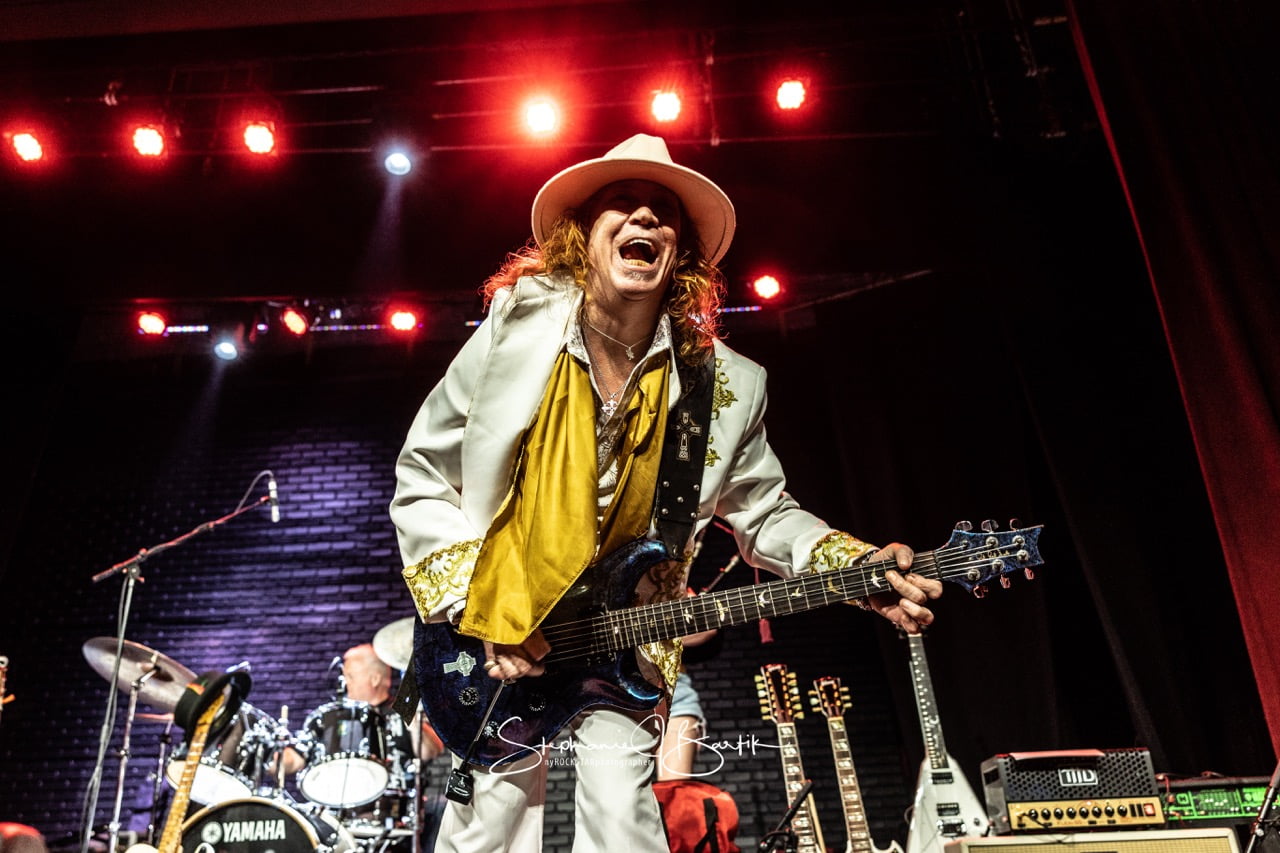 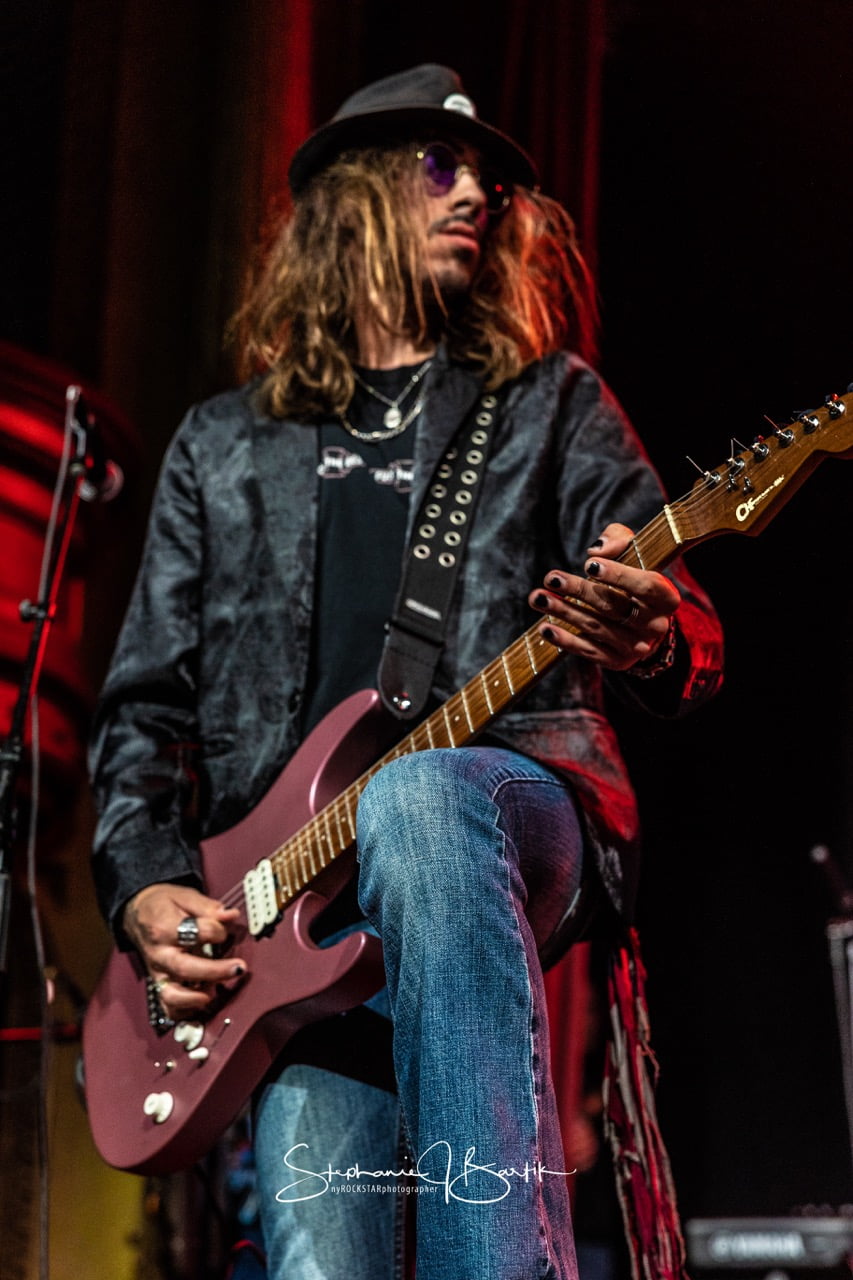 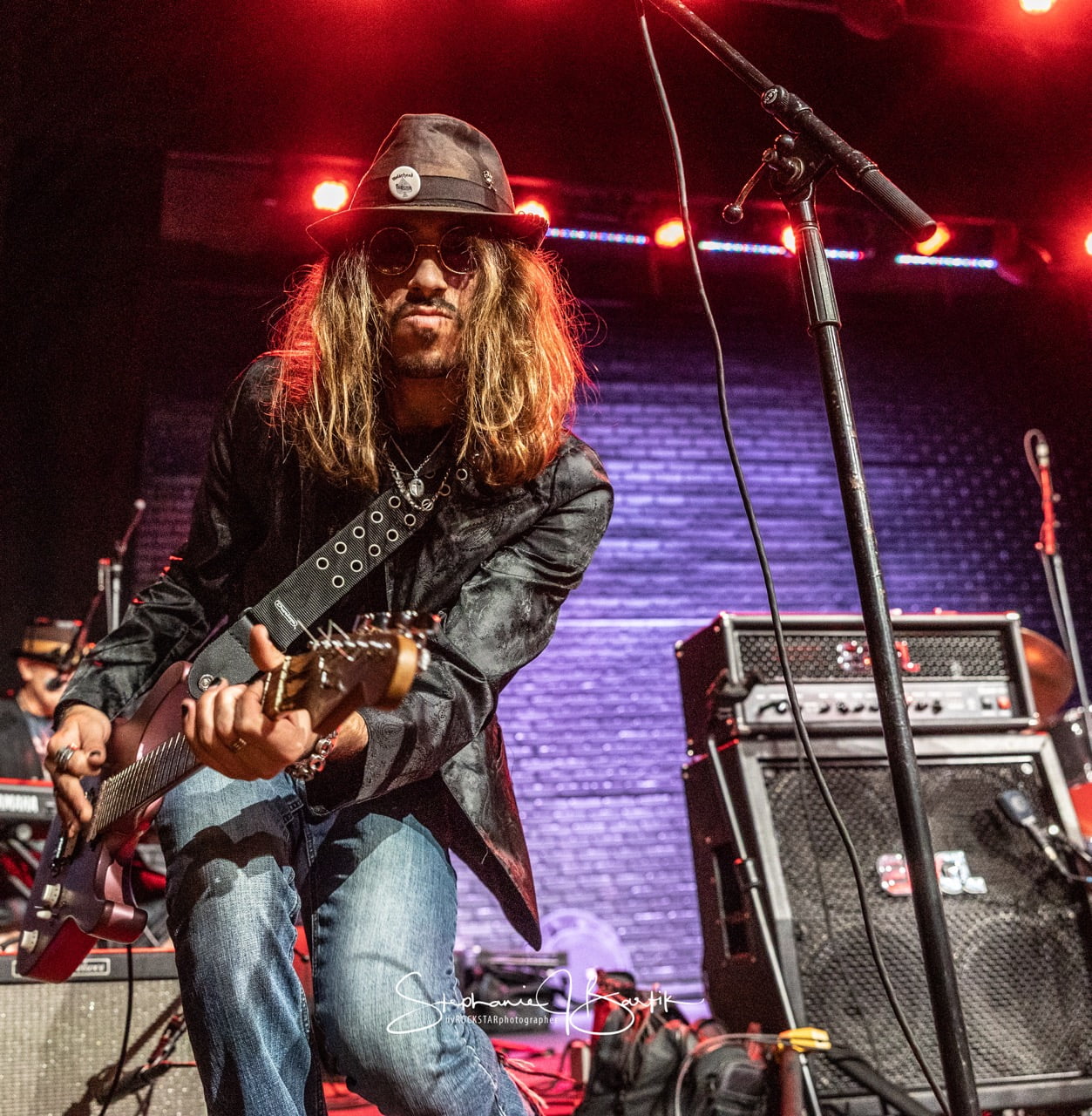 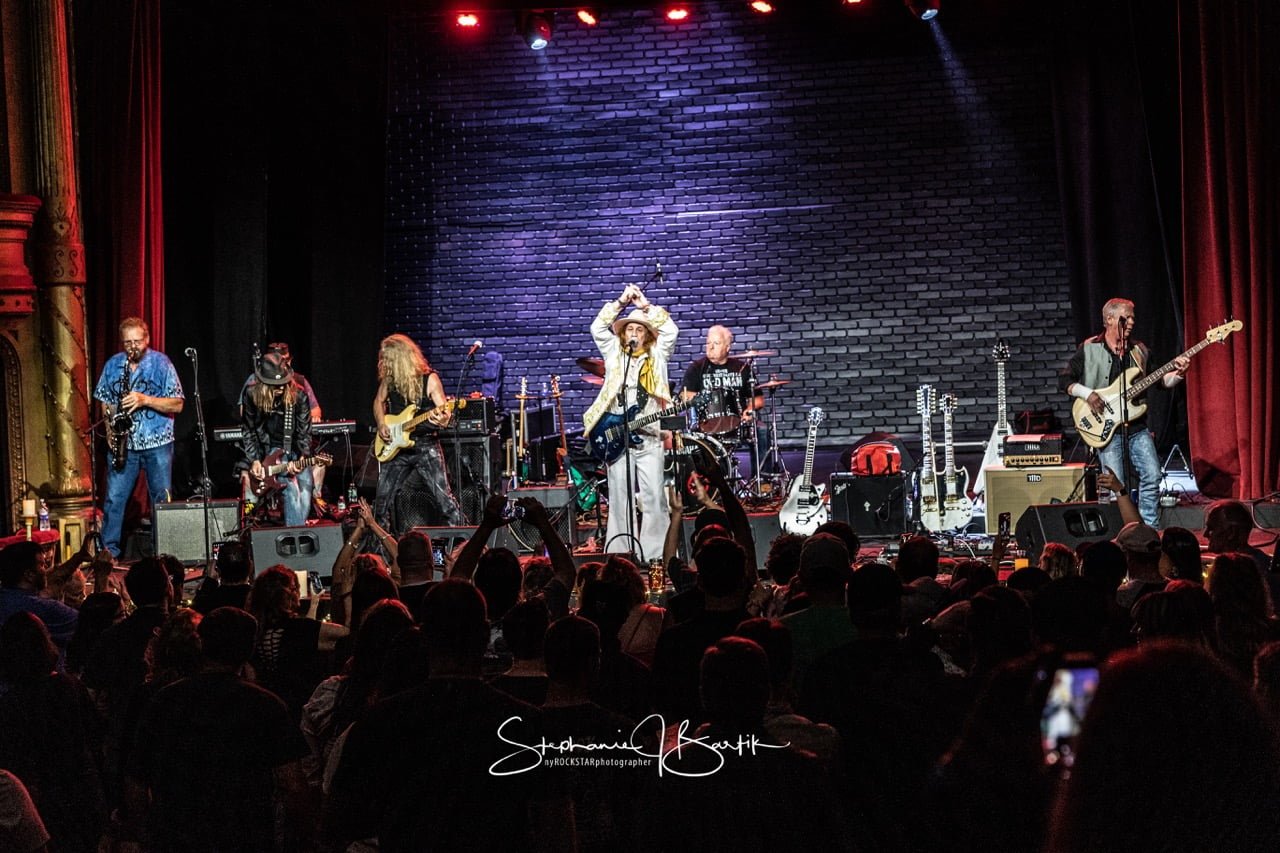 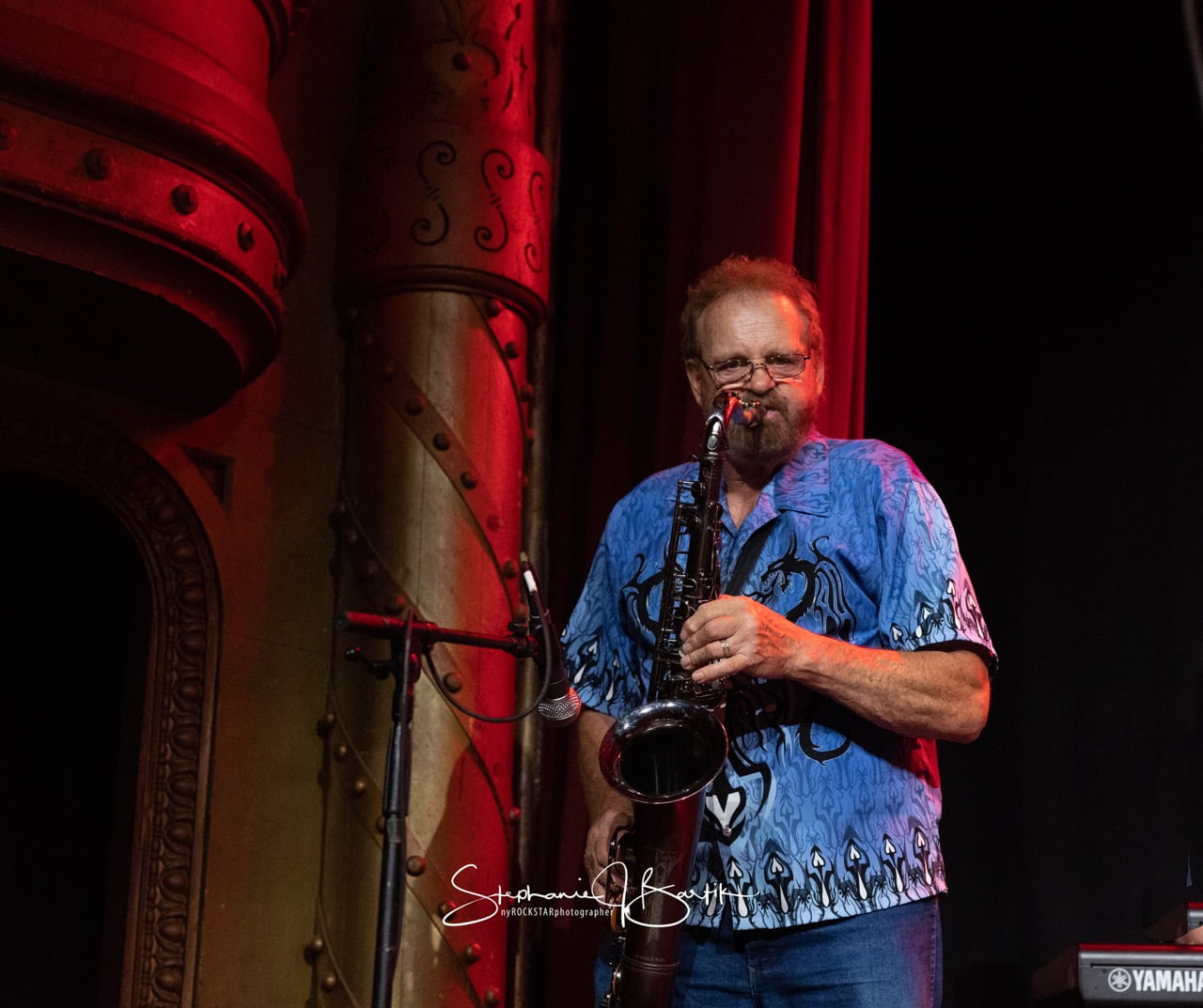 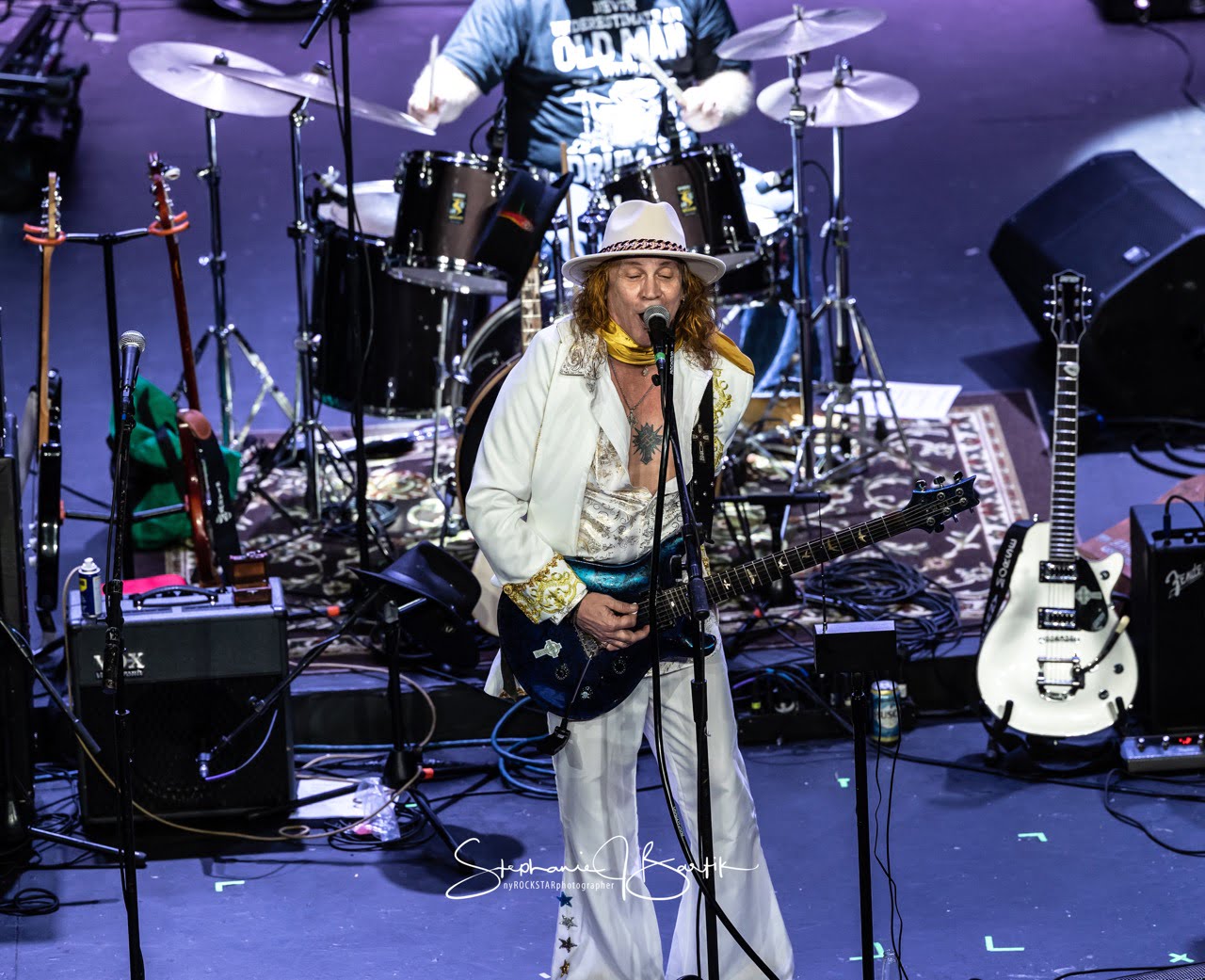 Troy’s Rockin’ on the River Returns at new Location