Most zydeco bands come north armed with boogie shuffles on accordions and rub-boards and whatever else fit in the van. They play chunky two-steps and funky waltzes, while everybody sweats happily and wistfully imagines moving to Louisiana.

Nathan and the Zydeco Cha Chas brought all that to Music Haven on Sunday – but they unpacked a good deal more onstage, and elsewhere.

The band was aces at every position, a powerhouse. Details in a minute. Maybe more importantly: while they celebrated zydeco’s chugging dance-y drive, they also bayou-fied some rock songs (as did openers the Brass Machine); AND they played originals with lyrics way deeper than dance floor chants. They made music that sung and swung and hit hard, with muscle and message.

The Zydeco Cha Chas proved as strong as Terrance Simien’s Zydeco Experience, more versatile than Buckwheat Zydeco. Nathan Williams sang as well as both, a big-presence, cowboy-hatted guy behind a gleaming white accordion, as if he were embracing a refrigerator. To his right, young rub-board player Djuan Francis set up a restless metallic clatter, usually going double-time or otherwise messing with the meter while guitarist (and Nathan’s brother) Dennis Williams played fast and propulsive. Allen Williams (Nathan and Dennis’s cousin) boomed busier (seven-string!) bass lines than most dance music ever gets, ripping riffs as fast as Dennis’s lines, and drummer One Love dug a groove that carried the band around as if rafting a rolling river, driving a well-tuned race-car.

The dance floor filled right away as their first mid-fast shuffle hit; including a happy barefoot guy in a kilt, young kids, graybeards, folks who really knew how to waltz and two-step, and others who didn’t have to.

While “Big Dog Boogie” flowed like a standard mojo boast, fans responded when Nathan urged “Somebody get up!” Or “Somebody make some noise!” Folks figured, “He said ‘somebody.’ so I guess he means me.” So they popped right up and screamed or clapped on cue. He then urged the whole town to get into it, pronouncing “Schenectady” correctly, and evidently enjoyed the word so much he repeated it, a lot.

After he counted off the next number – “Let’s go, in E-flat” – a soft rain began. Nobody much minded, especially already overheated dancers bouncing before the stage. This groove number hailed the band’s bayou country homeland “where crawfish got soul and alligators sing the blues.” The rain flexed its muscles as the band hit “Eh, Las Bas” so the band did, too, then pushed “Zydeco Boogaloo” nice and hard.

Maybe their best original followed, “Outside People,” urging belief in oneself to resist doubters and popping a distinctive, powerful shuffle in support. This be-yourself message paired well with “Don’t Burn No Bridge,” warning “you might be back one of these days” – akin to bluesman Little Milton’s caution to be nice going up because “you meet the same people going down.” As the rain tapered off, Nathan sensed the crowd’s relief and rode it, playing his way across the stage, down the stairs and across the dance floor. This was no shuck and jive; as he wandered, he played rapid repeating riffs, maybe his most complex runs all night.

Back onstage, he launched another well-made original, pledging “I’m Looking for What You Looking For, Too,” leading the crowd in a wordless call and response and riding a thrilling groove. Nathan invited a young girl onstage to dance in a variation of “Diggy Diggy Lo,” teased the end of the set, but then relented and brought up a young boy as the band rolled on. He and the Cha Chas gave both kids, and everybody, plenty to dance to in a French and English cover of “I Got a Woman.”

Nathan closed the miles from here to Louisiana by yelling, often. “Schenectady, New York – Louisiana” but he didn’t need this exhortation as the music shrank the distance.

The music didn’t mess with the rain, and vice versa.

The Brass Machine played their way to the stage to open, parading past the ice cream stand, food truck and bar – three trombones, a trumpet, parade-snare drum, tenor sax and, most important of all, a Sousaphone booming bass lines. Formed in Buffalo but playing here often, the band featured local heroes Keith Pray (tenor sax) and Tyler Giroux (valve trombone). They played and sang for a while at the back of the house, then went onstage, playing all the way. They surprised by brass-band juke-boxing hits from the “Treme” theme to “Your Mama Don’t Dance,” “Play that Funky Music,” “I Feel Like Funkin’ It Up” to “Black Water.”

Just as brassy but more traditional, they medleyed the Mardi Gras parade chant “Iko Iko” into Dr. John’s “Right Place, Wrong Time.” Pray and Giroux played most of the solos, and impressively. Giroux introduced “St. James Infirmary” all alone, etching its mournful melody over an accelerating horns chorus. After Pray’s agile tenor break, they segued into “House of the Rising Sun” before returning to “St. James Infirmary” in an upbeat reprise capped with a call and response “Hi-De-Ho” chorus. They closed with a medley, as they’d begun, a bouncy Sousaphone solo popping up somewhere between “Mama Don’t Allow” and “You Are My Sunshine.”

In the break between the Brass Machine and Nathan and the Zydeco Cha Chas – an intermission for stage change-over and raffles – Music Haven maestro Mona Golub dedicated the show to the memory of Ralph Spillenger, musician (with the Students) and restaurateur (Bijou, Bayou Cafe, Jillian’s) and stalwart music fan. He’d have liked this one.

Next Saturday, Nipperfest brings 16 bands to Music Haven, playing both on the main stage and in the picnic pavilion, from 11 a.m. to 10 p.m. 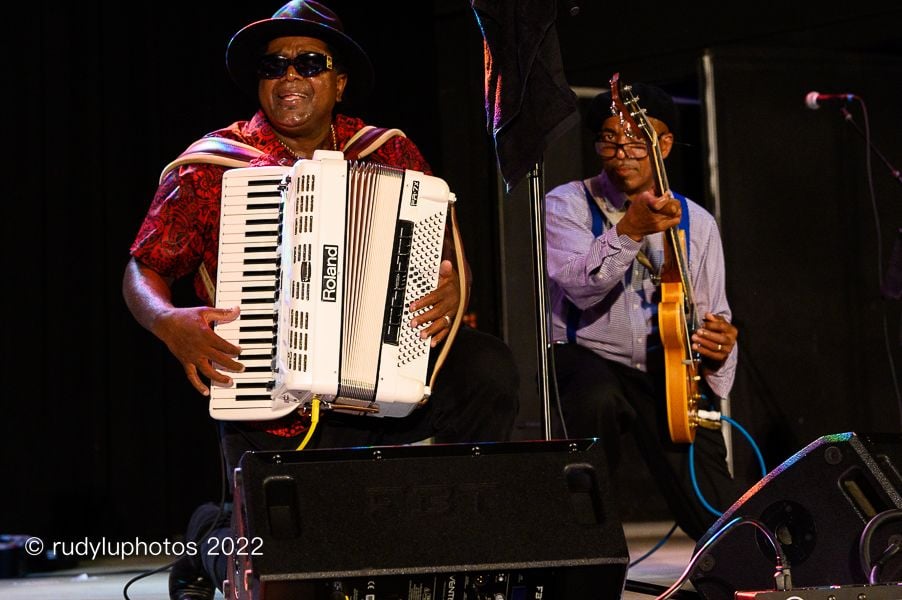 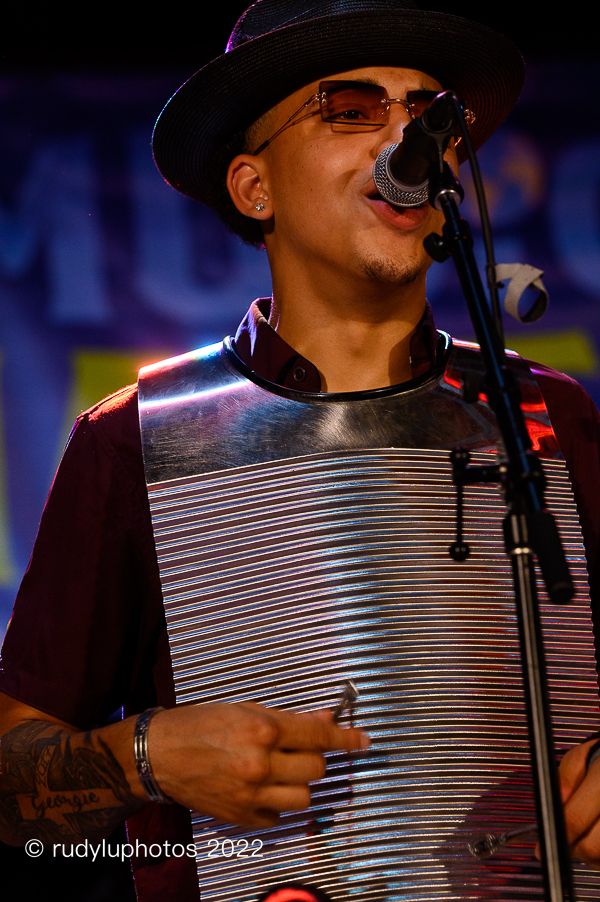 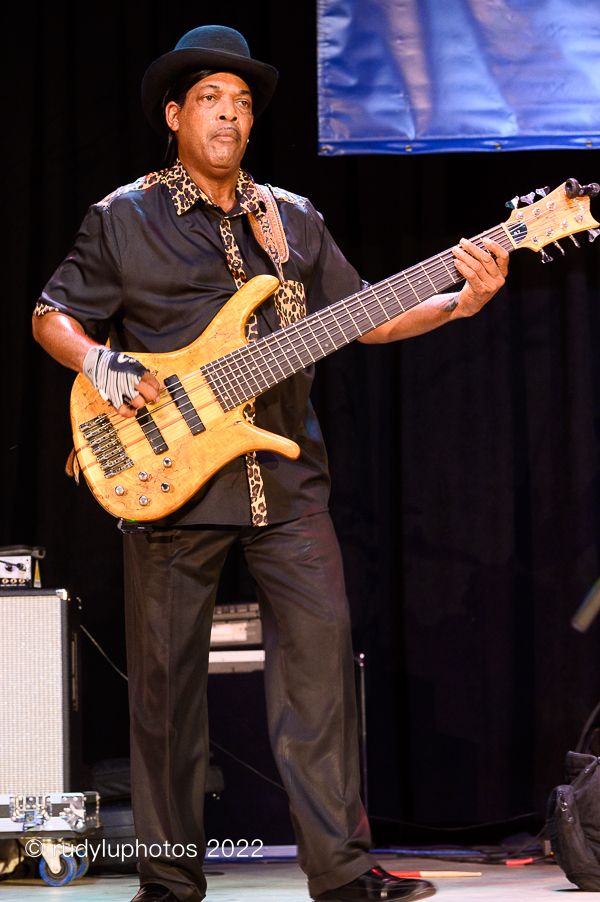 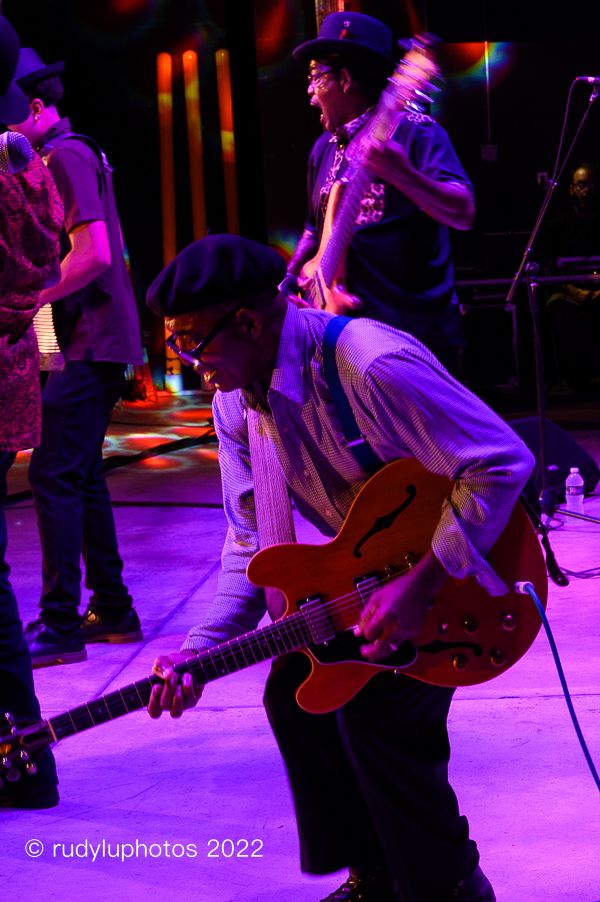 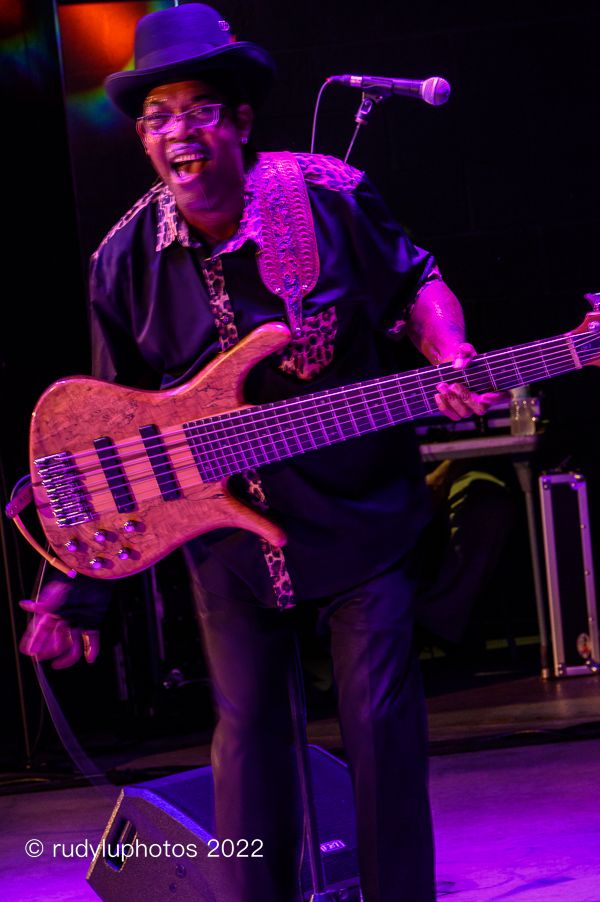 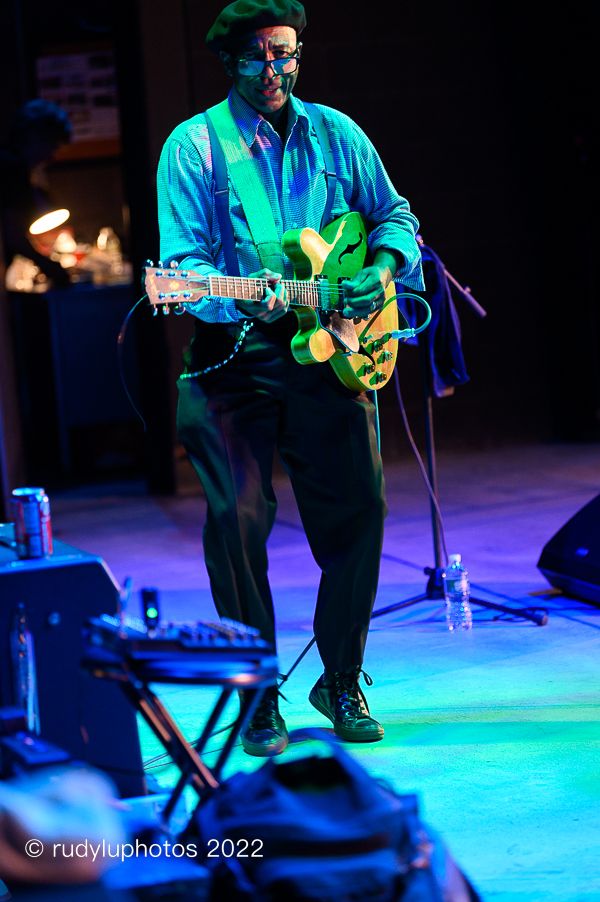 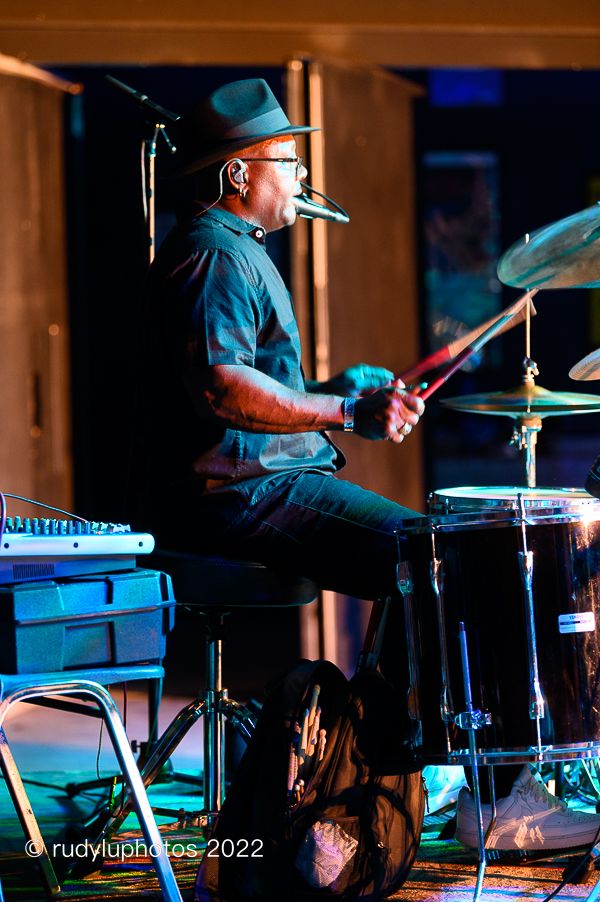 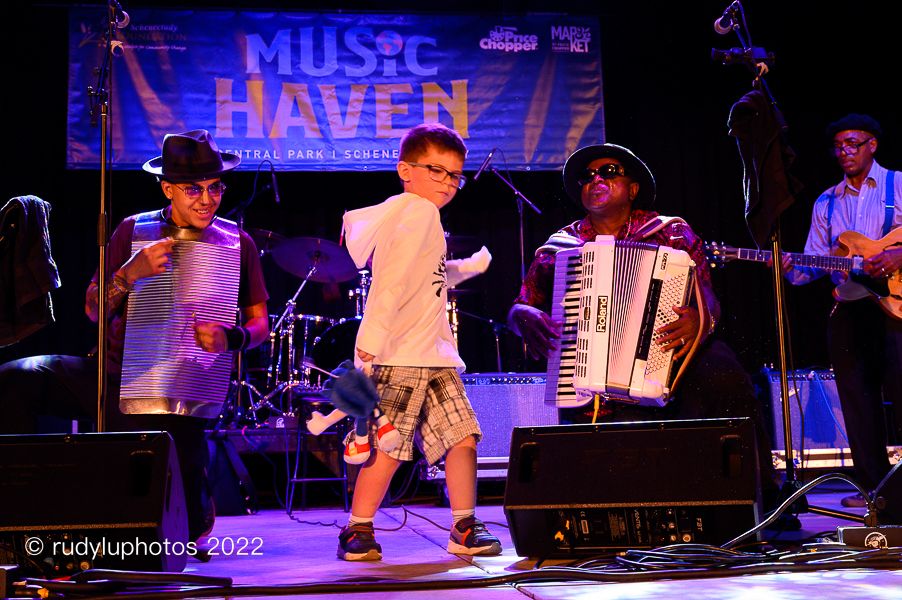 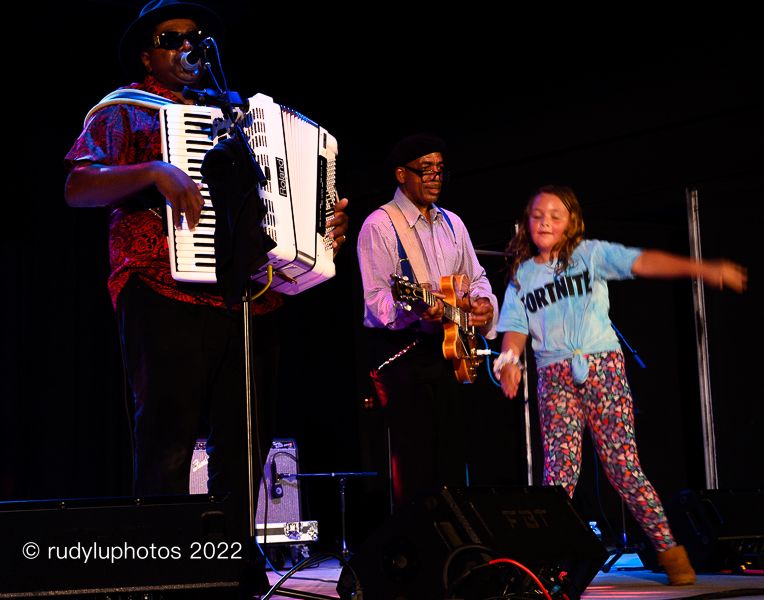 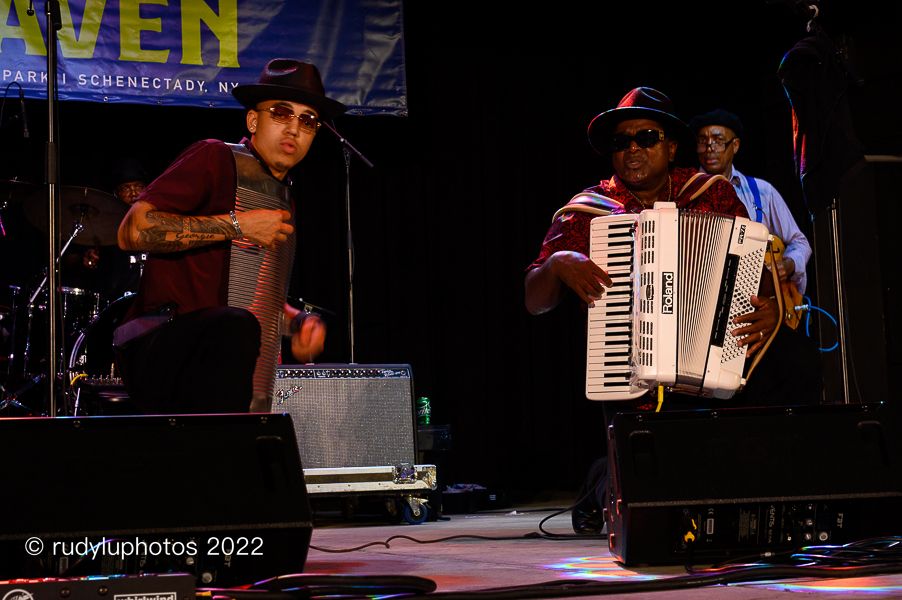 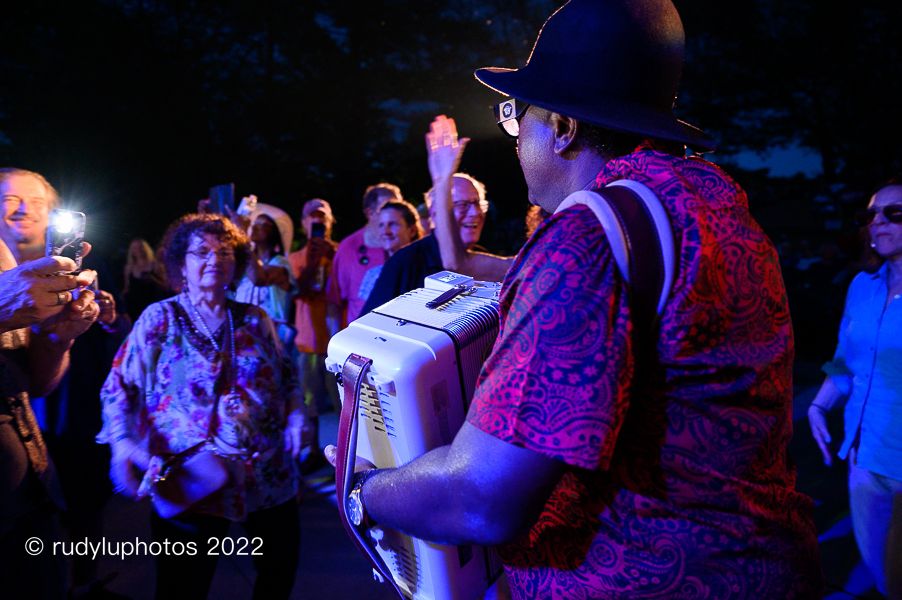 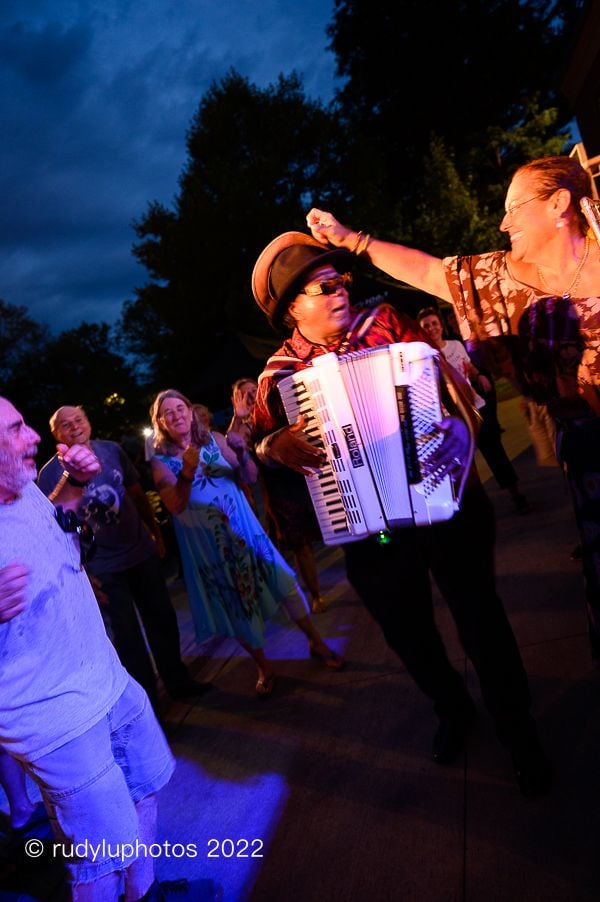 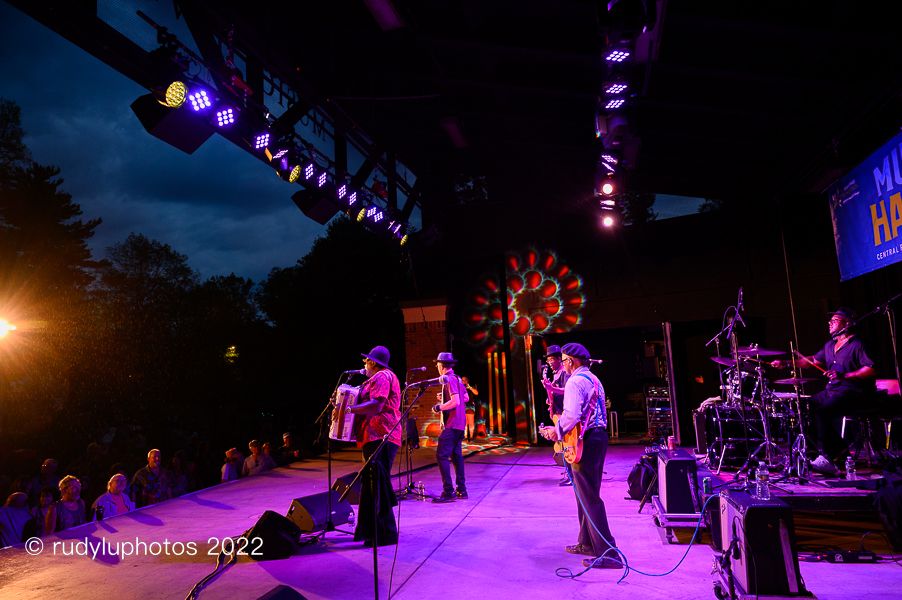 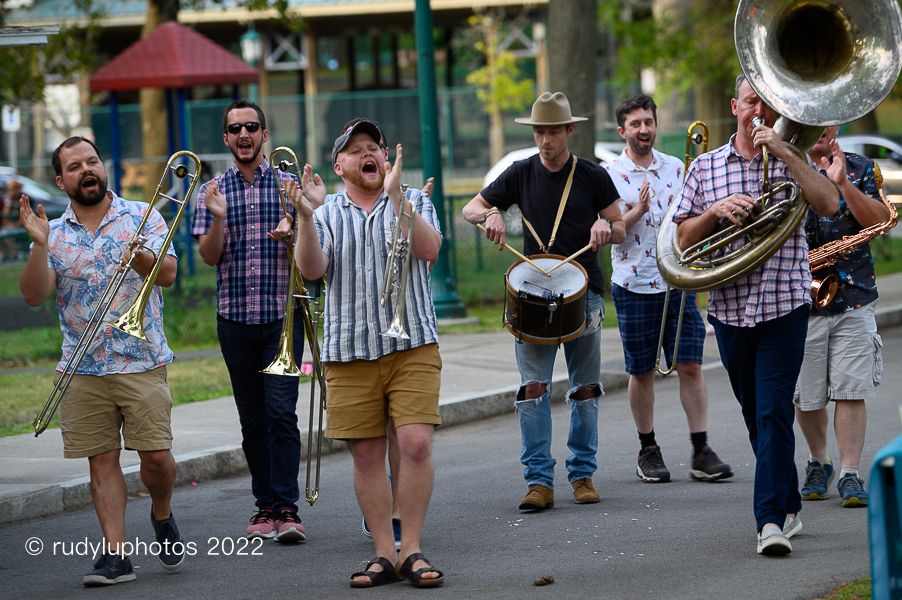 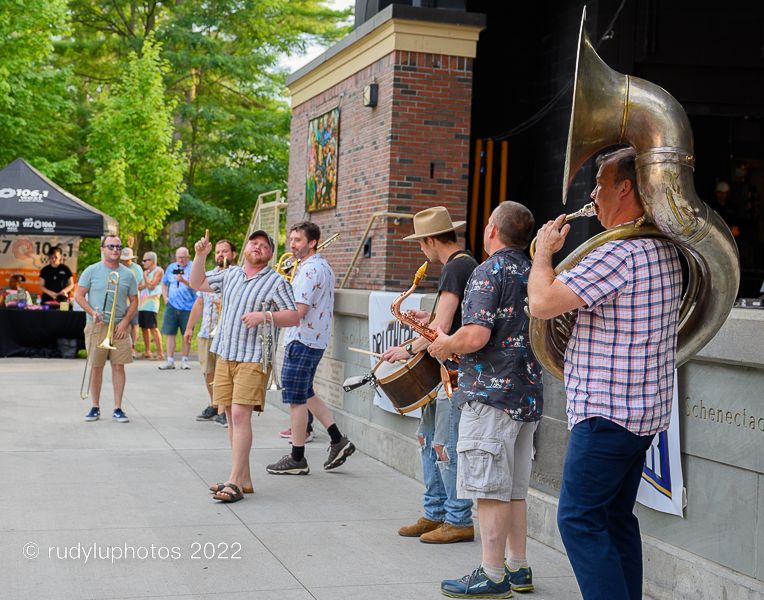 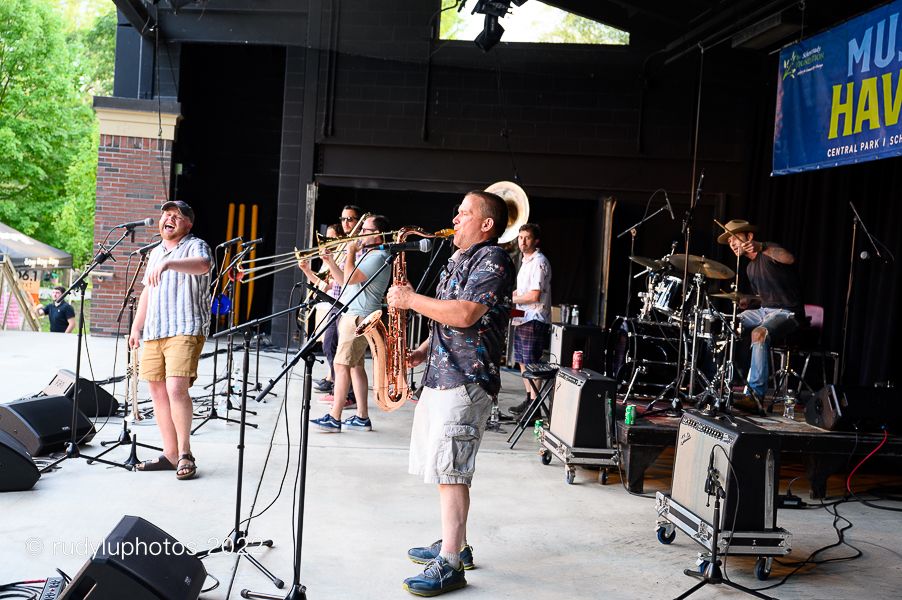 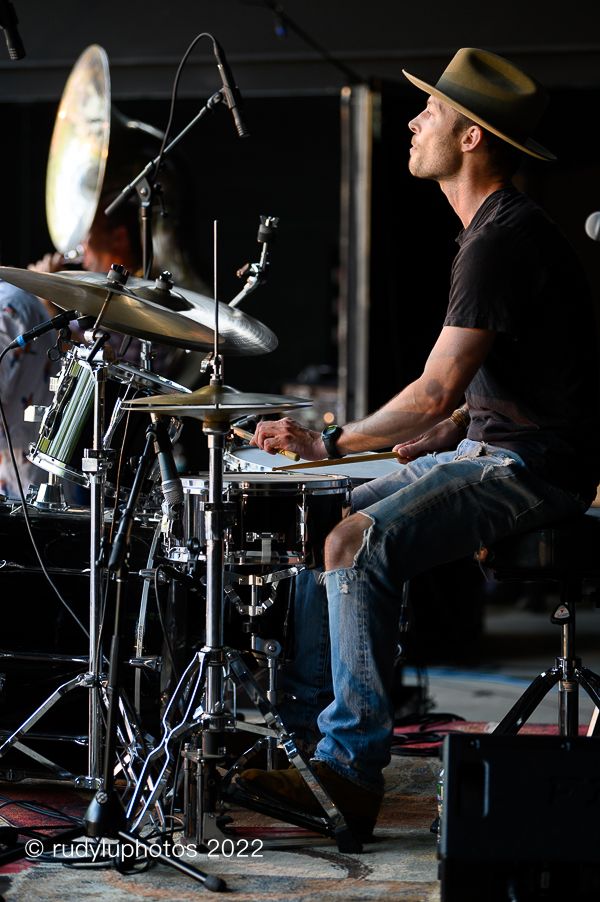 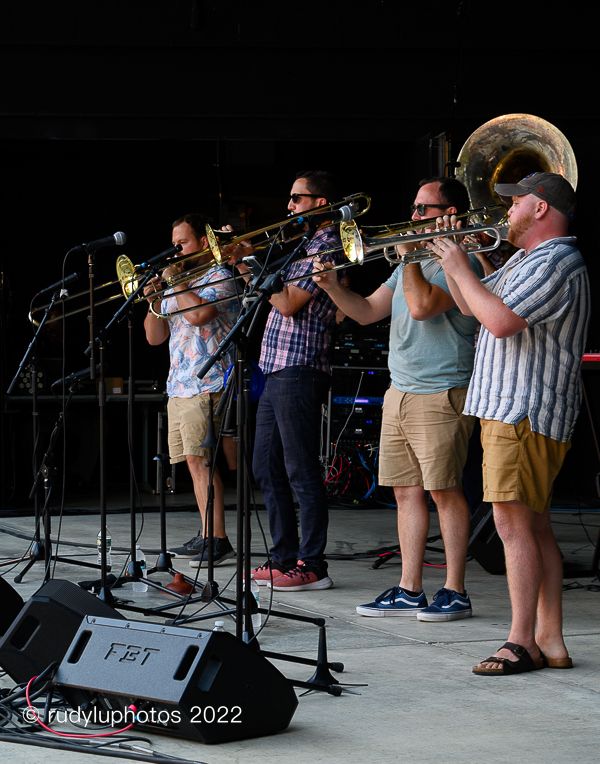 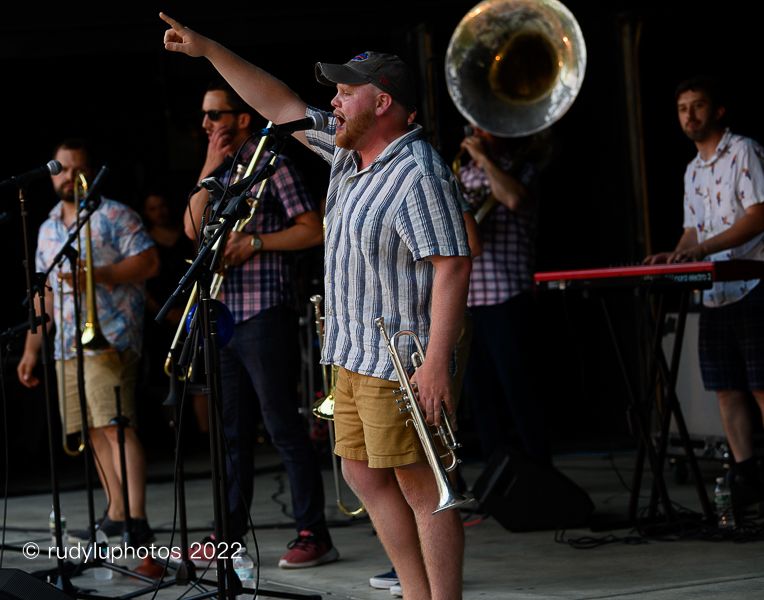 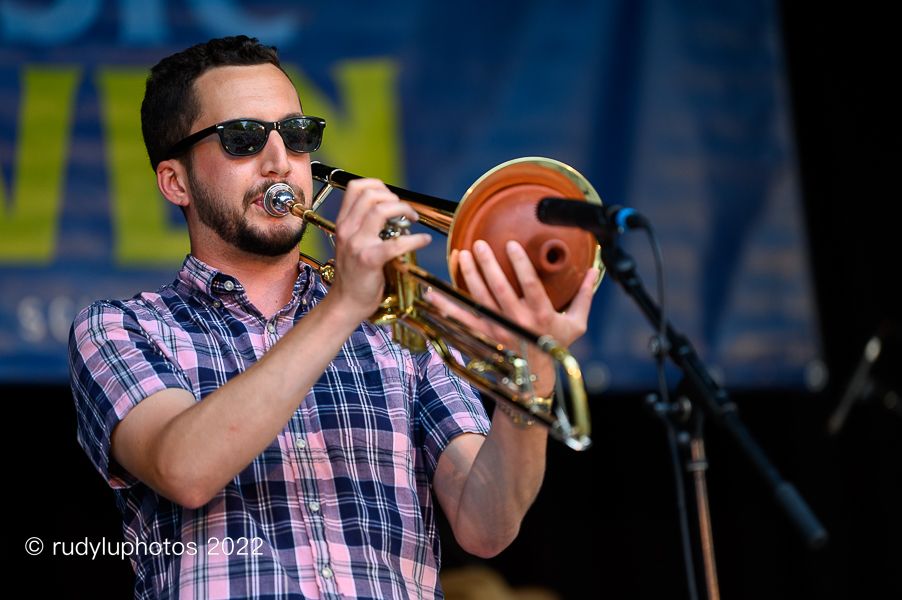