I’ve written about my developing addiction to the Jay Street Marketplace, the home of Jazz On Jay. However, much as I love the half sours at the Dilly Bean, or Afternoon Tea at the Whistling Kettle’s Schenectady location, I have no interest in experiencing them while suffering heat stroke or getting struck by lightning. So when high heat and possible thunderstorms forced the organizers to move the Dylan Canterbury Quintet into Proctors’ Robb Alley last week, I had no complaints whatsoever.

That Thursday was a busy day for Dylan. In addition to bringing the music from Going Places (his outstanding 2020 debut as a leader) to Jazz On Jay, he was also debuting an entirely new group to The Linda that evening. As such, Canterbury would have been forgiven for not giving his all to the older project. Instead, he linked up with old friend/tenorman Brian Patneaude to bring one of the best front lines in Greater Nippertown to Jazz On Jay.

Dylan opened things up with the mid-tempo bopper “Spin.” Canterbury & Patneaude flew formation to start, but then broke into divine harmony before Dylan broke out for his first solo. Canterbury has always had the chops; we’ve known that since he stepped onstage at Lake George Jazz Weekend all those years ago. But now, whether he’s on trumpet or flugelhorn, Dylan’s solos have a spectacular swagger that adds weight and muscle to everything he plays.

Patneaude has been developing a swagger of his own for some time now. He may have started out slick & smooth when he guested with the Keith Pray Or-Tet a few weeks back, but Brian was already probing the outer limits of “Spin” right from the start of his first solo. No peanut-butter smoothness here – this was being dragged down a dirt-and-gravel road backwards, and you thanked him for the trip after it was all over and you dusted yourself off.

Rob Lindquist has played keyboards behind both Canterbury and Patneaude, so the three already had a mutual chemistry that made the music fly even higher. Lindquist’s in-the-clear electric meditation at the front of “One More Stop” set up a cool vibe that the rest of the band rode right through the rest of the piece. He pulled out the standard piano sound for the group’s loping take on Duke Pearson’s “Gaslight”, and he made that piano jump on Canterbury’s bright new composition “Aspiring Minds.”

Patneaude & Lindquist brought new music of their own, too – Patneaude with the Lockdown-influenced piece “Cycle of Hope”, Lindquist with the tight-as-a-drum “The Precipice”, so named because “the melody & harmony keeps falling off the edge!” If you want a foundation that stands up to anything, Lou Smaldone is the bass player for you, and he gave it his all throughout the 90-minute set. Meanwhile, “in the role Tony Williams”, Matt Niedbalski’s drums were always a delight, either effortlessly pushing the piece along or knocking you back with explosions of color and muscle.

I’ve no doubt I would have enjoyed the Dylan Canterbury Quintet if Jazz On Jay had stayed the course and held the show outdoors. However, I would have spent so much time hydrating that I probably would have been too busy hydrating to take any notes. Instead, we all got to experience maximum air conditioning while enjoying original, exciting music by some of the best players in Greater Nippertown. Hopefully the heat has peaked and we’ll be back outside next time around. 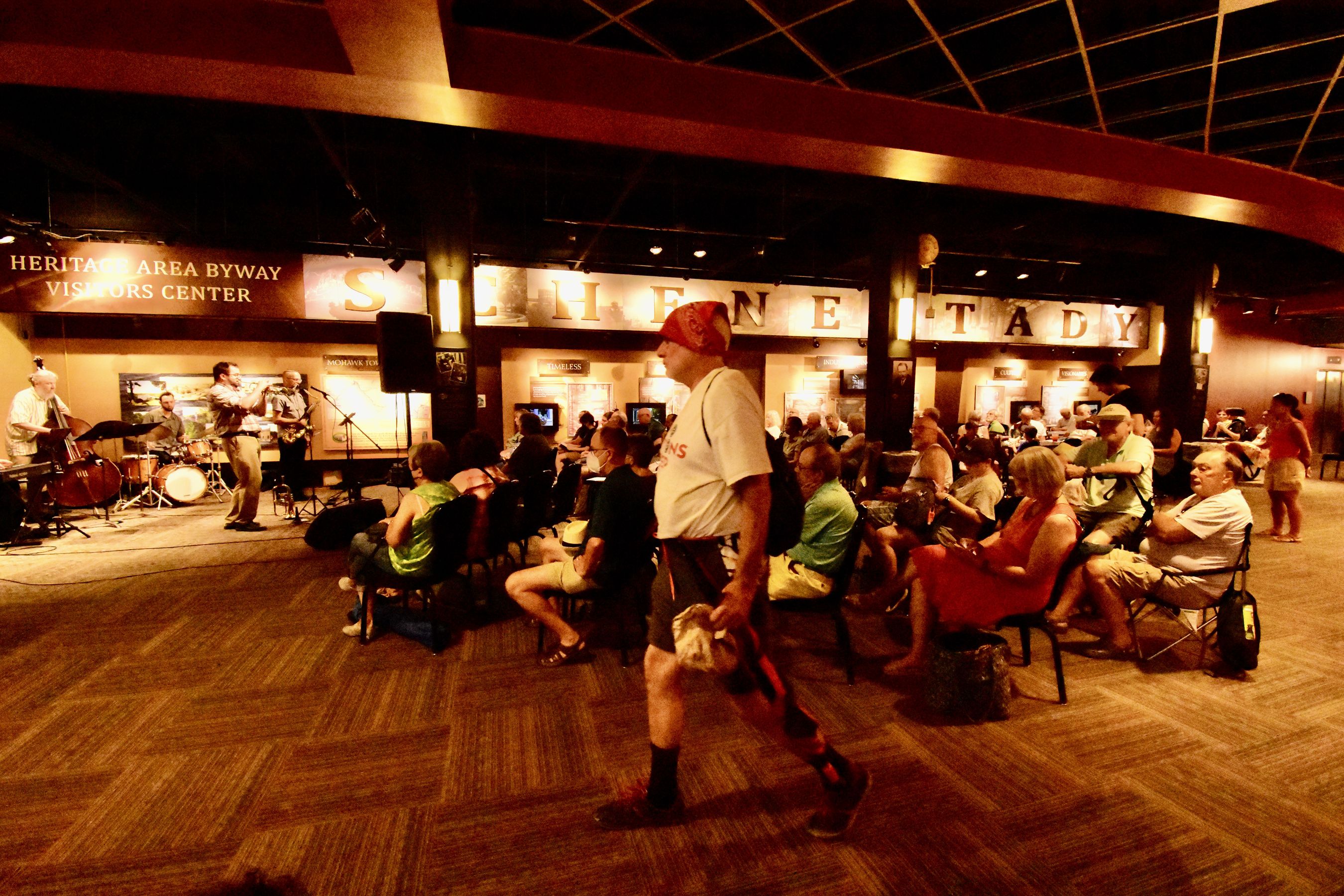 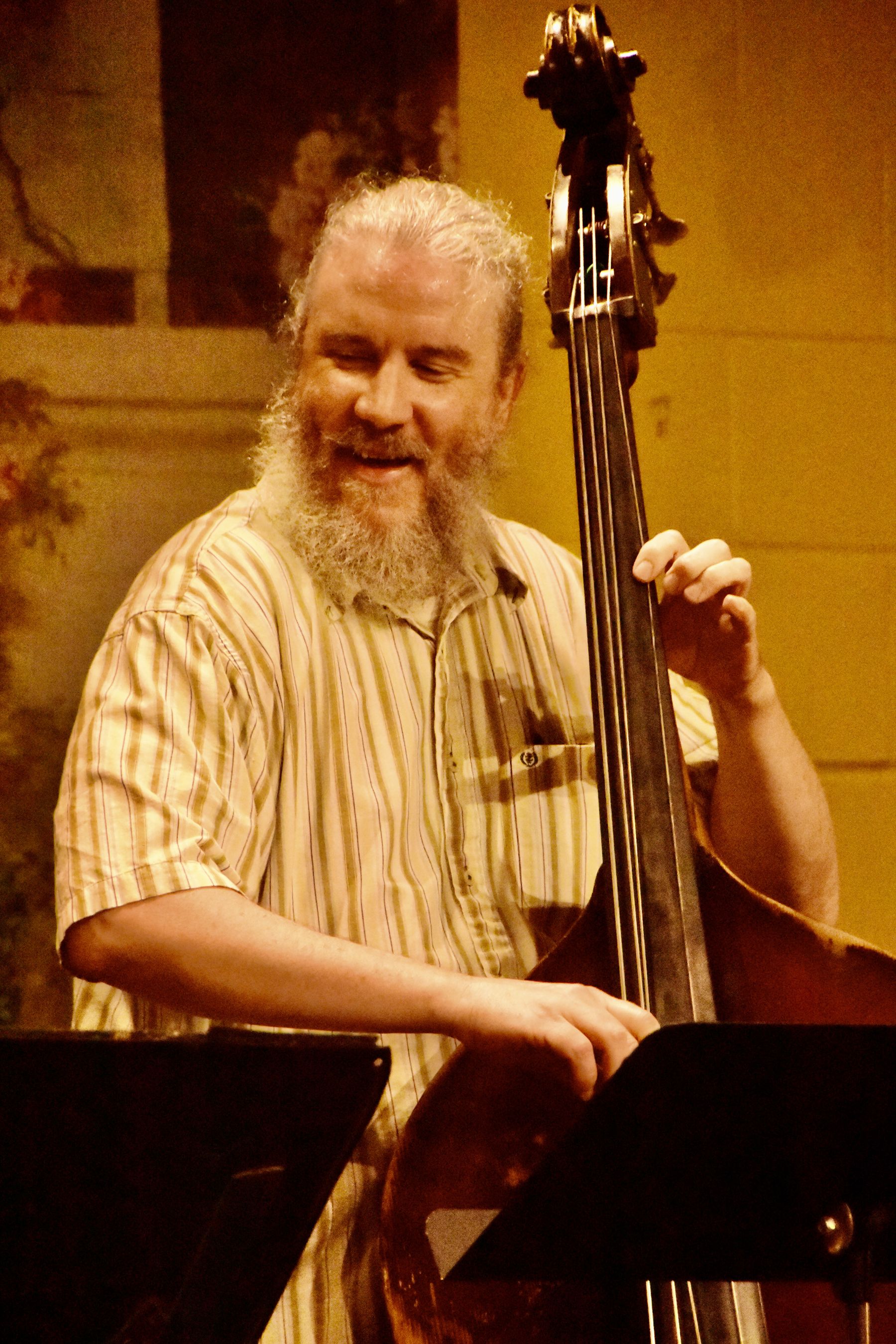 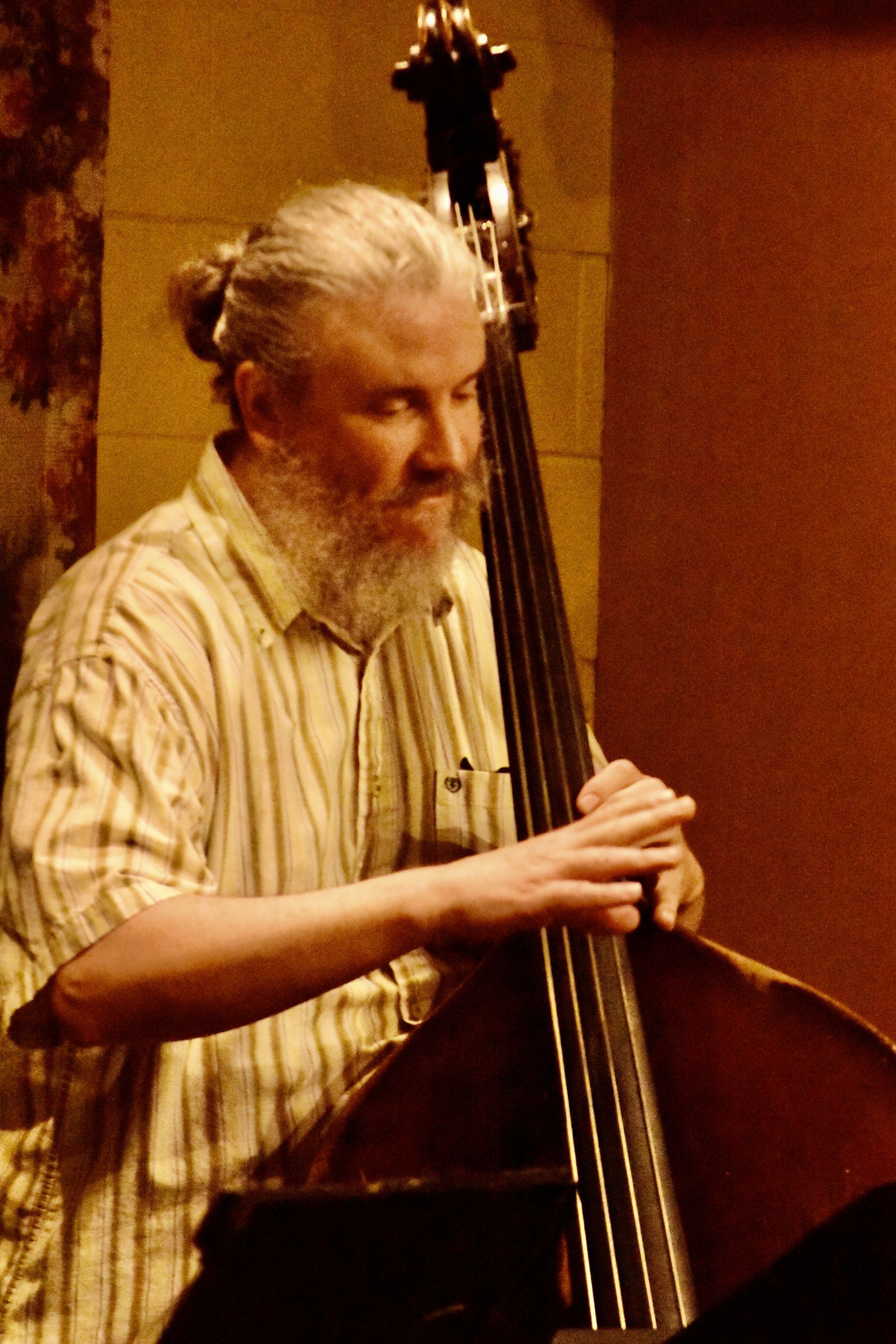 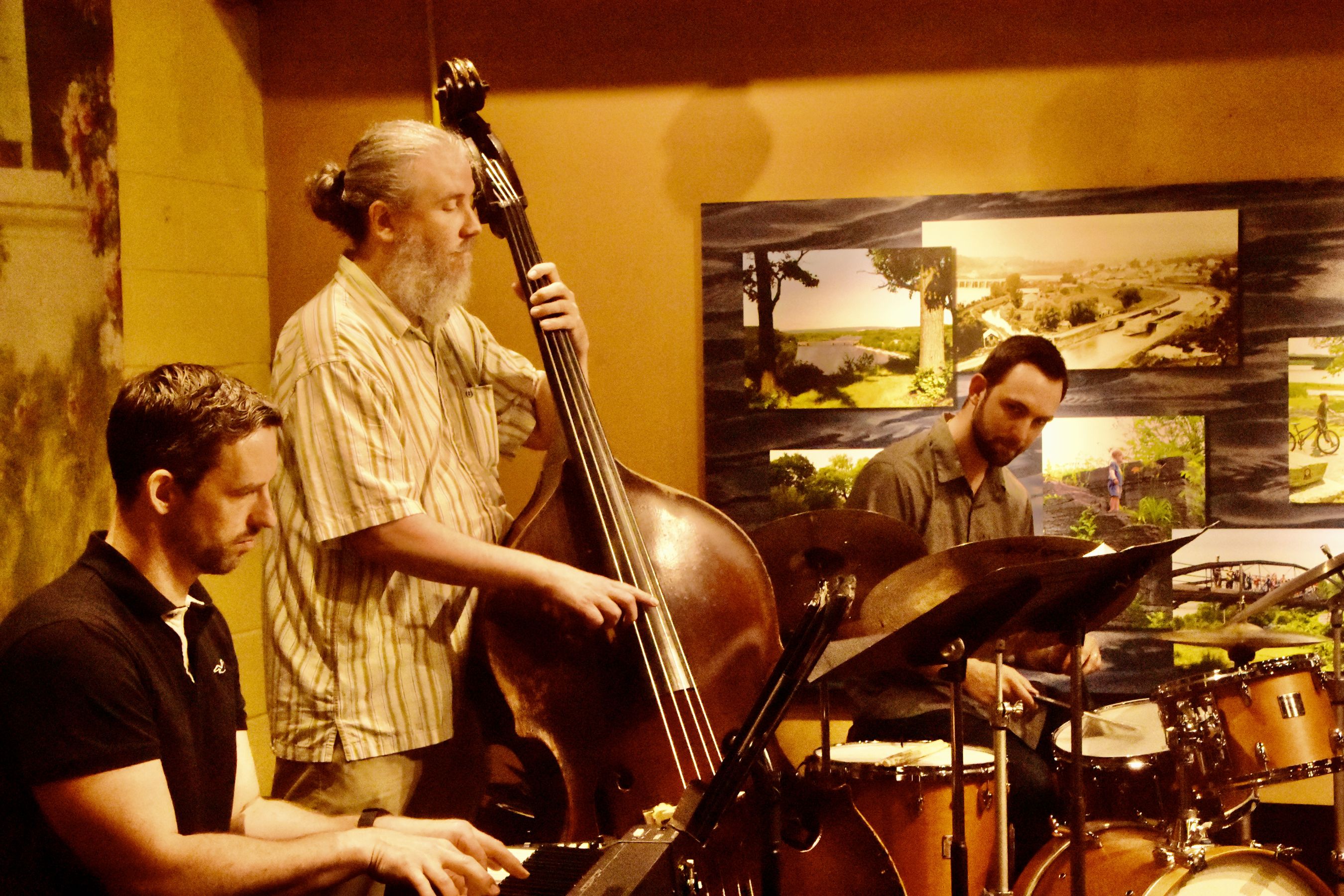 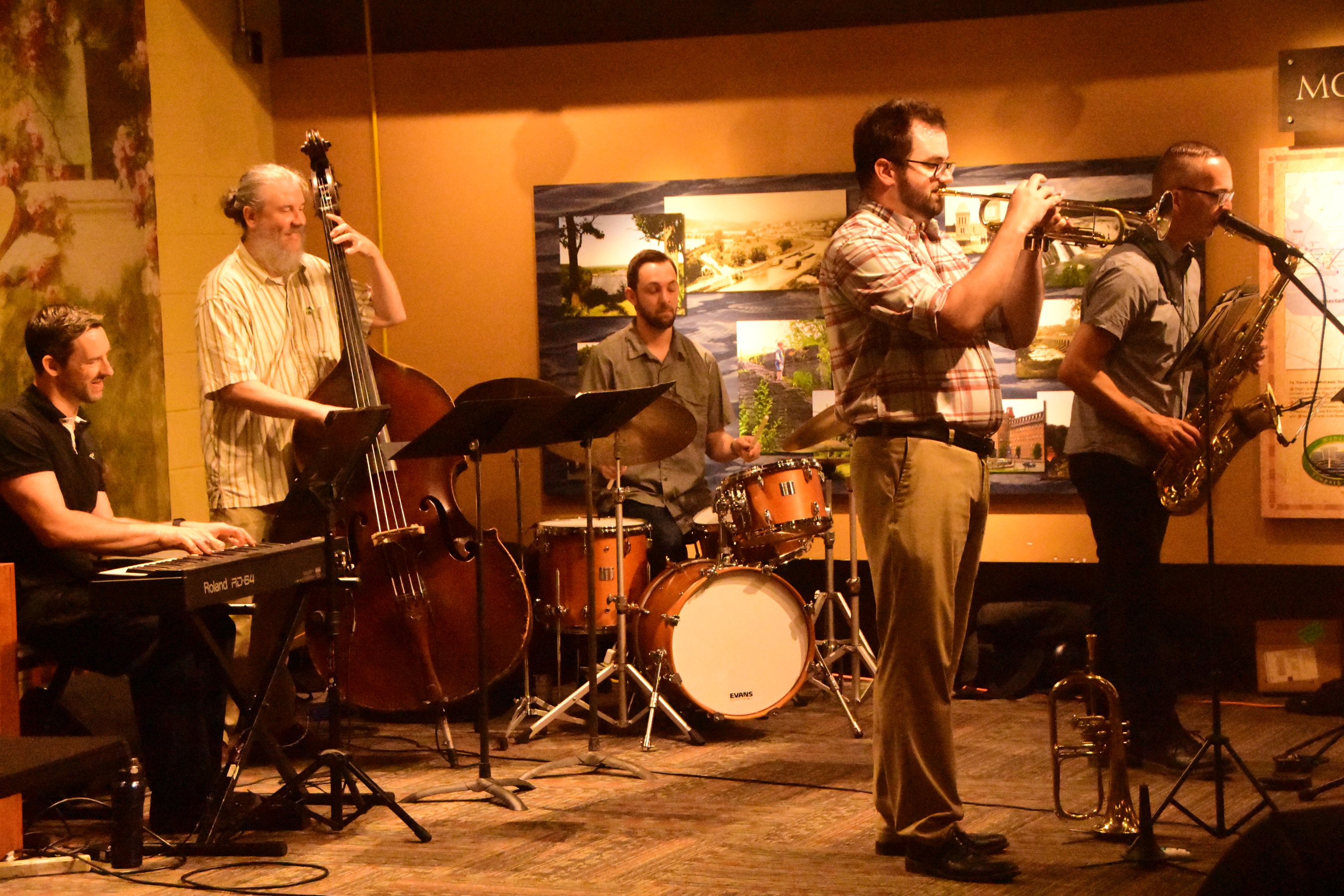 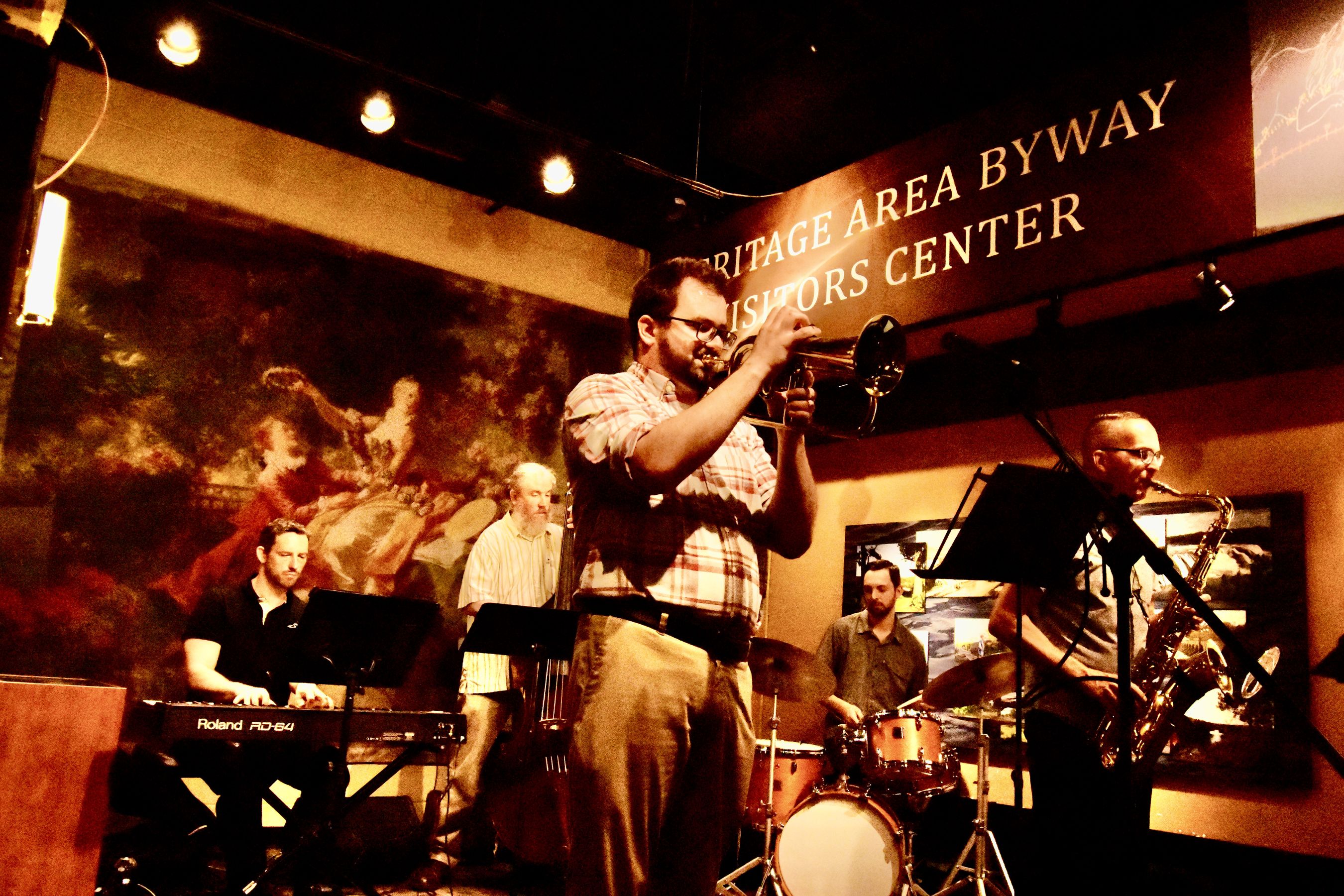 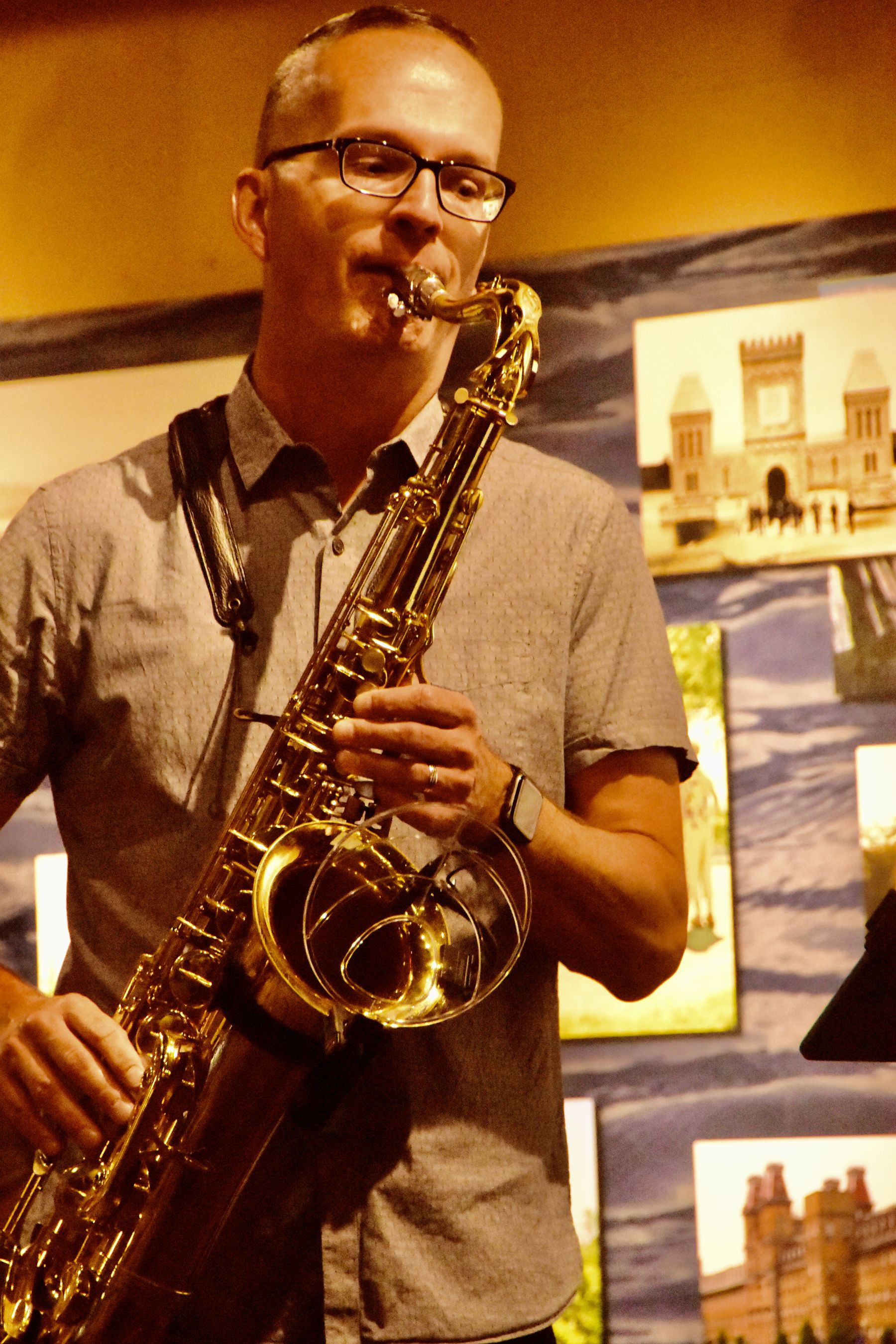 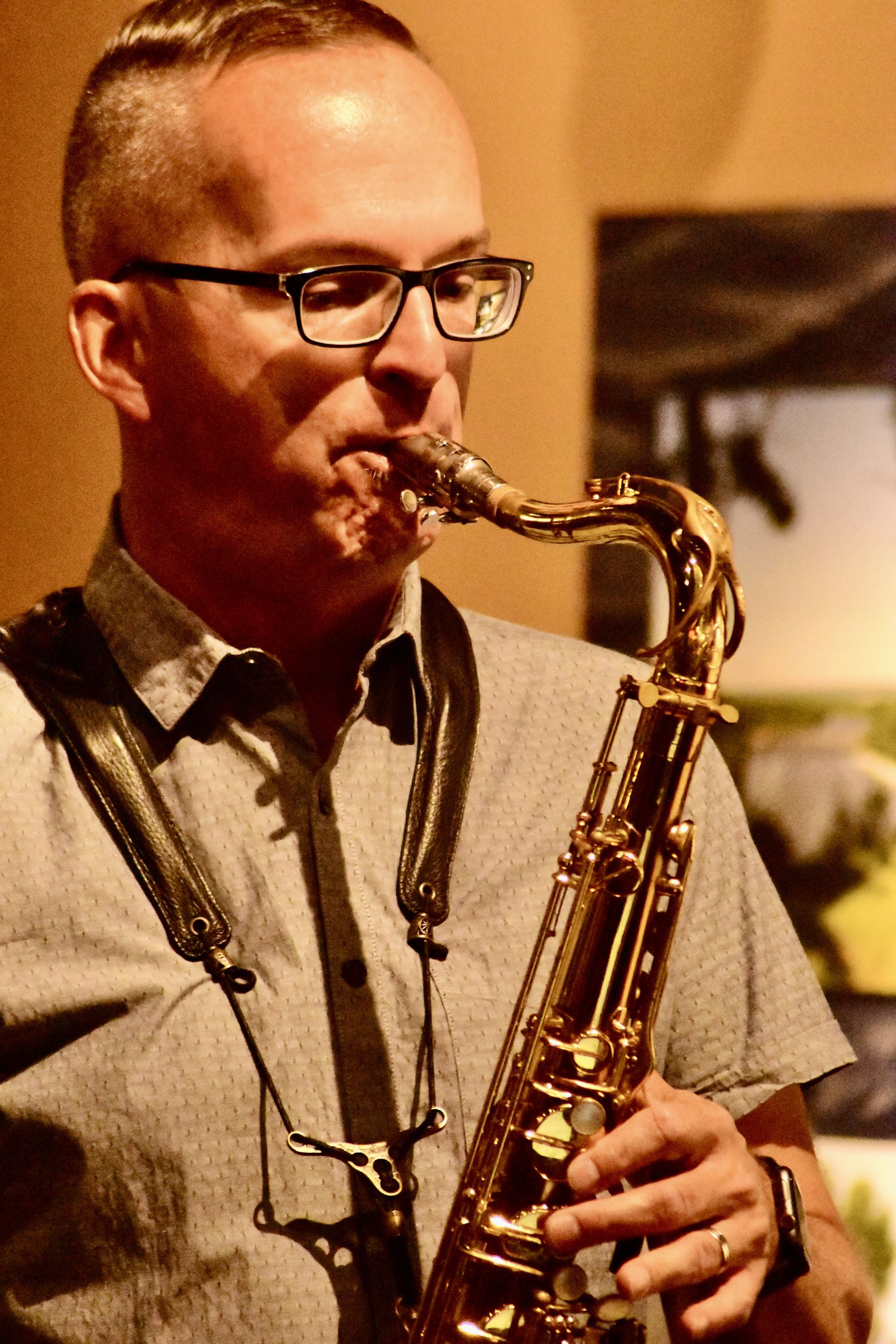 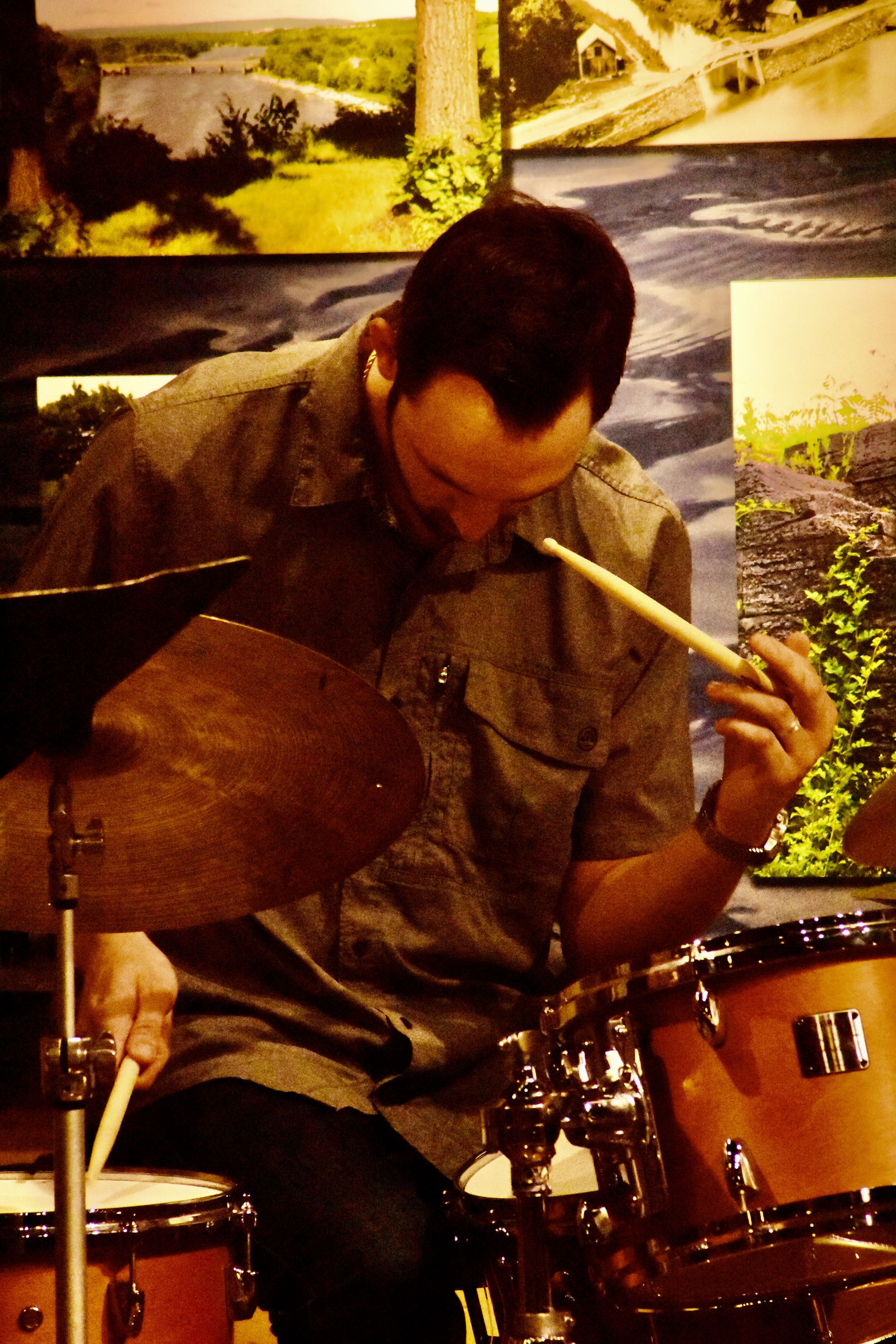 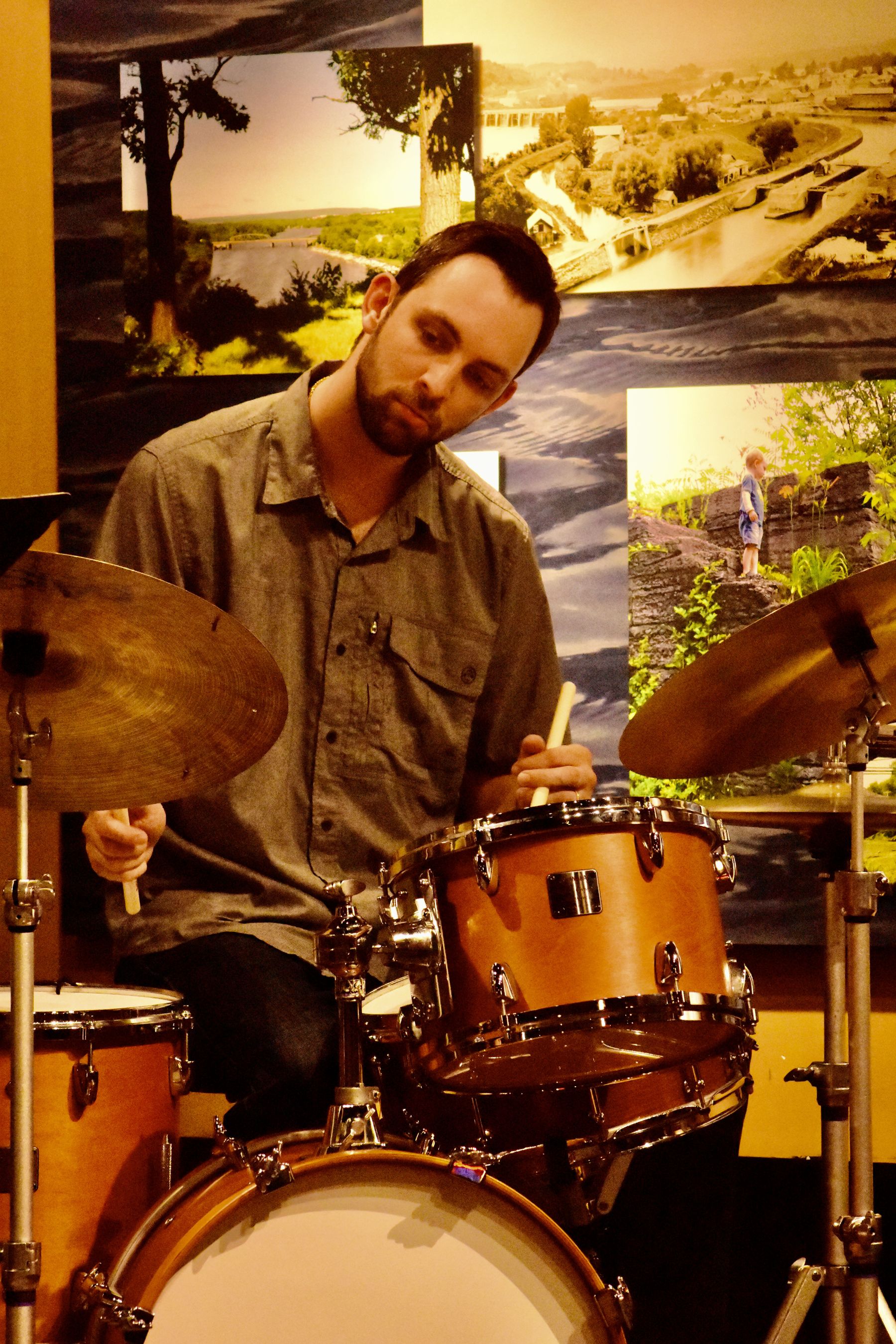 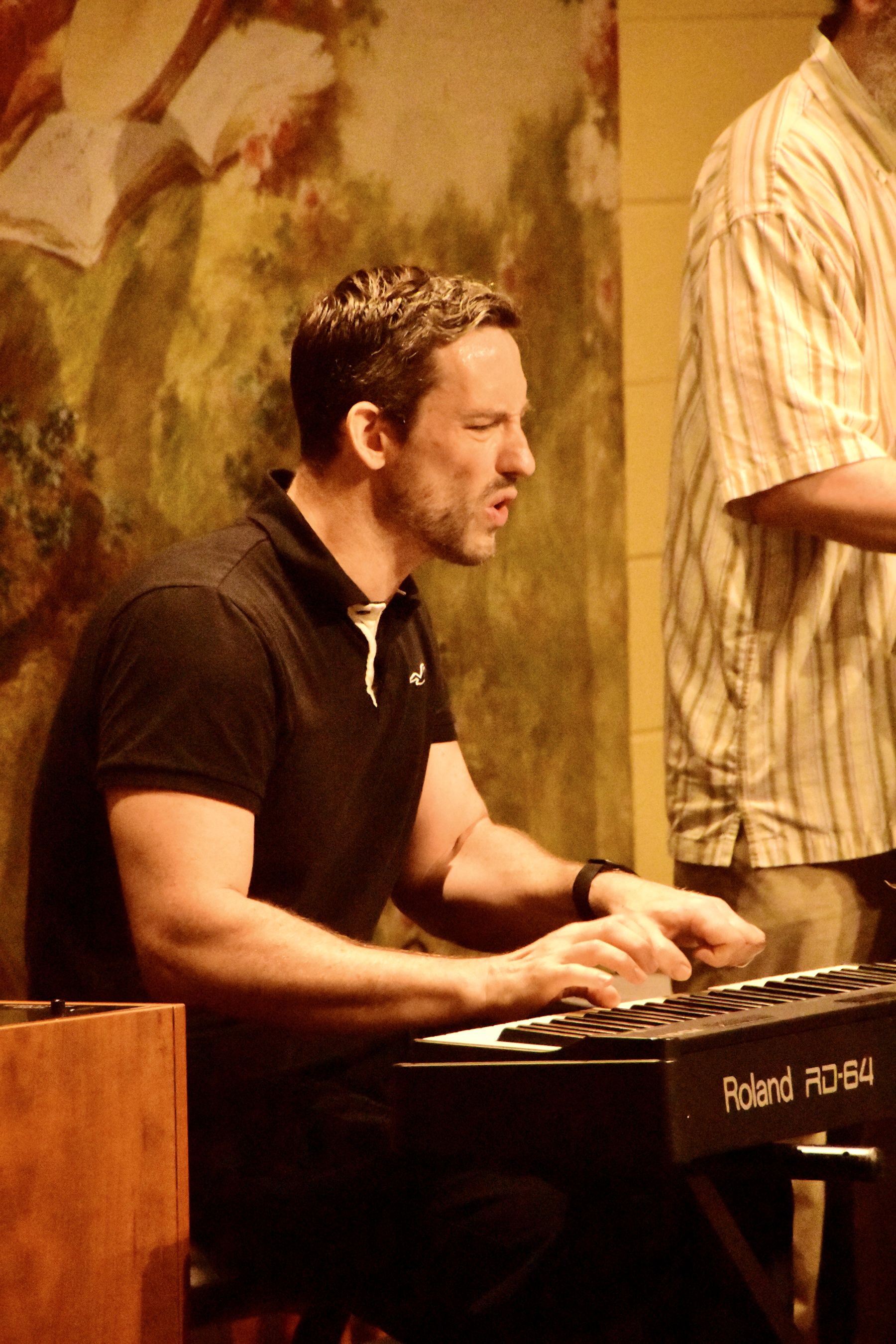 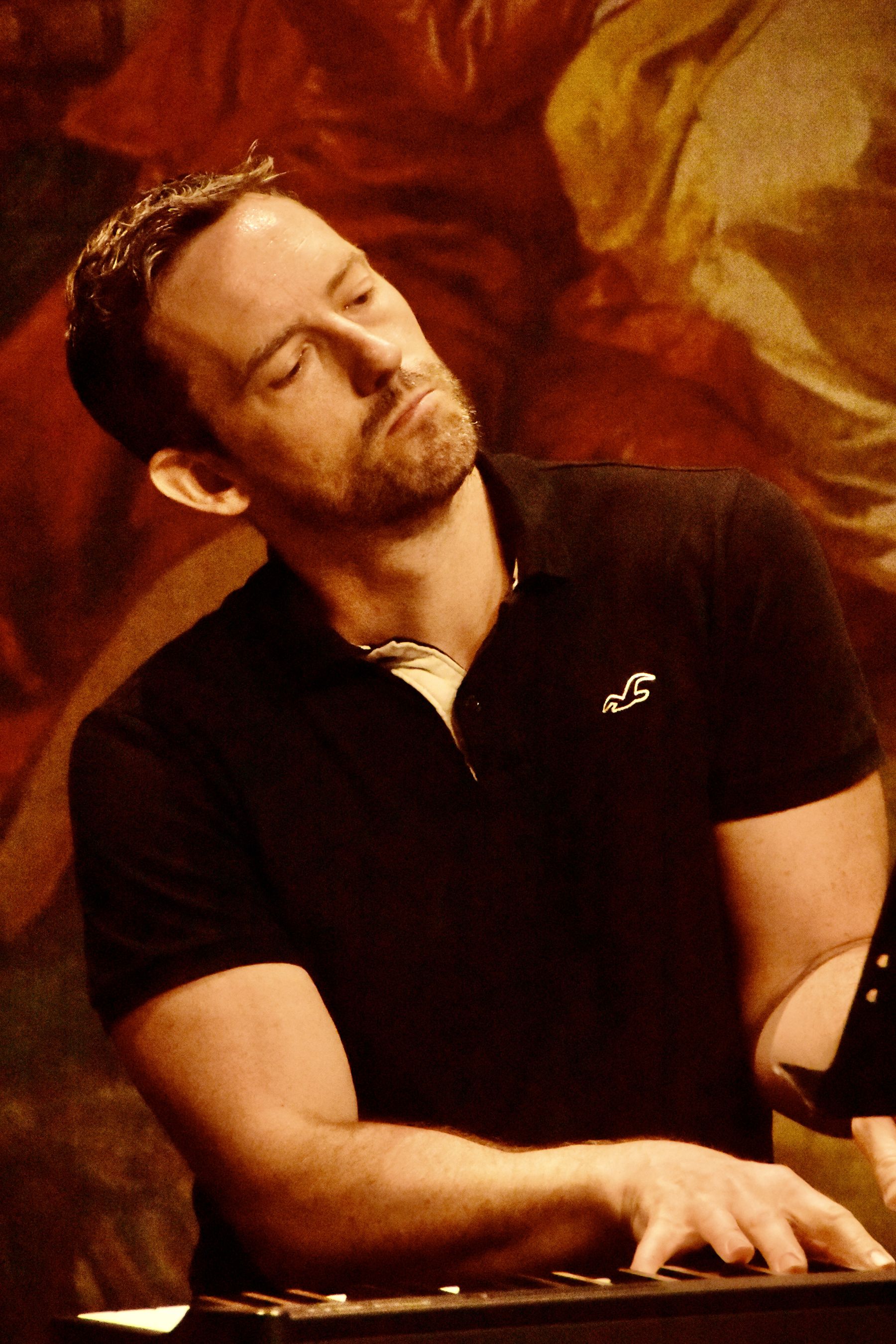 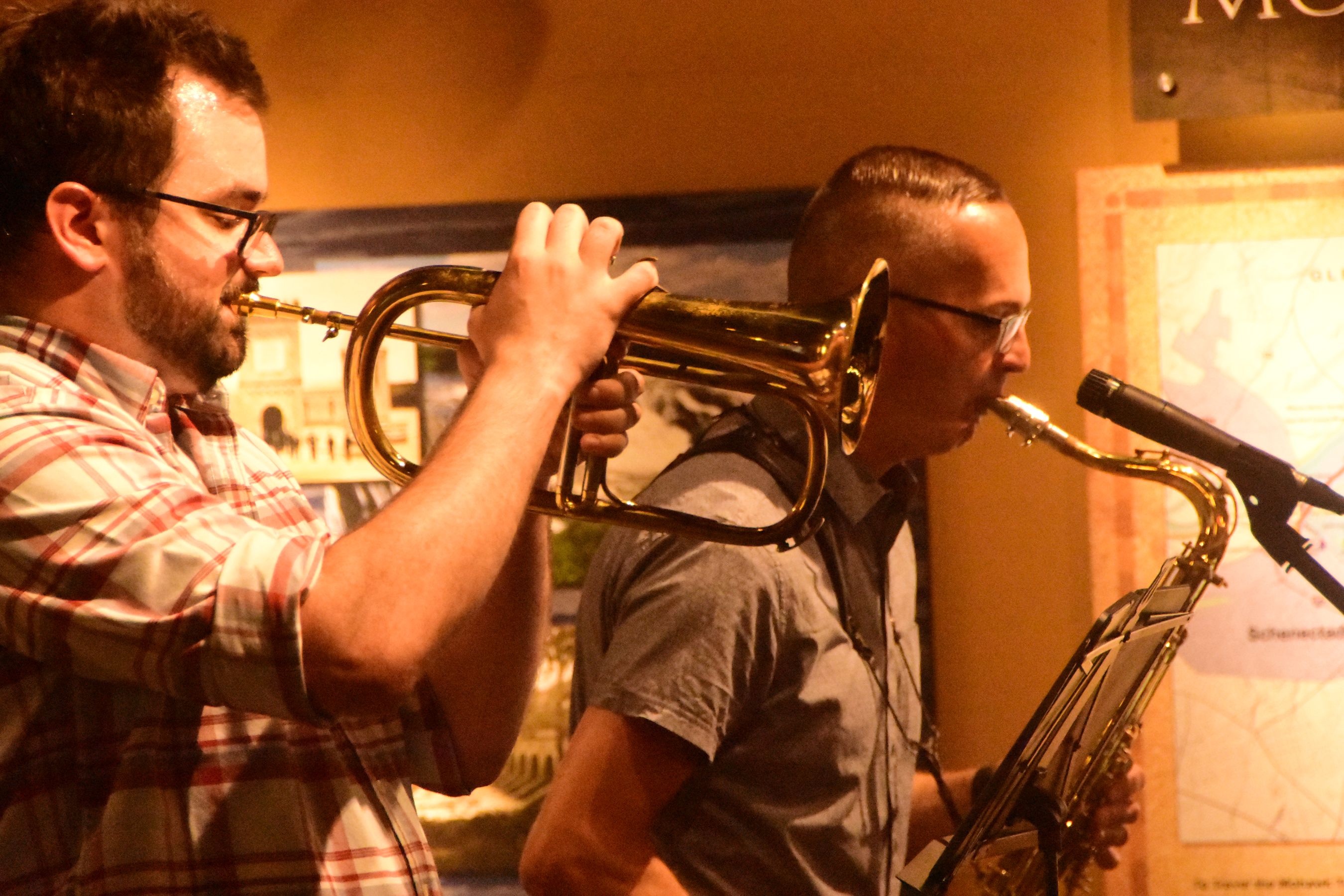 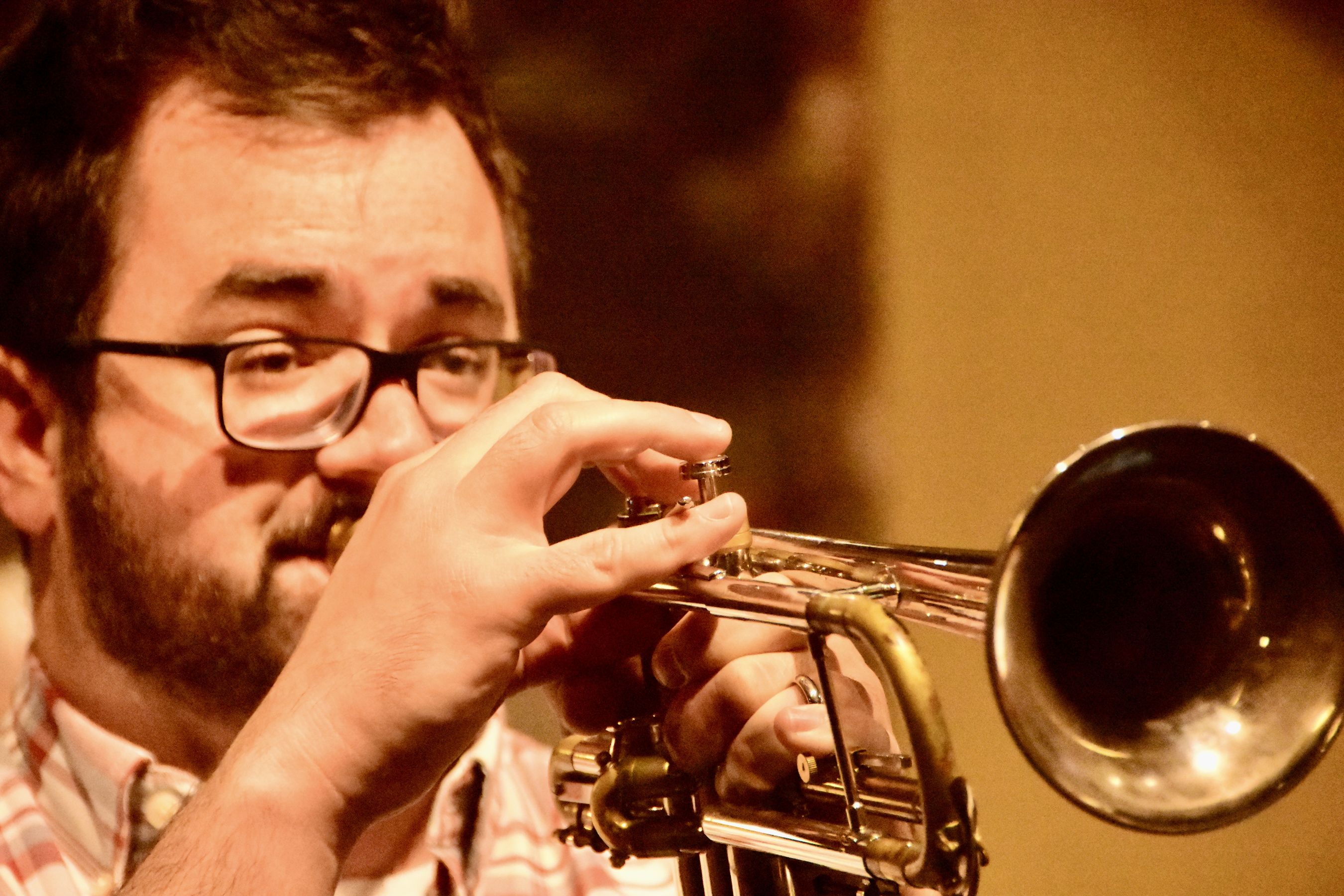 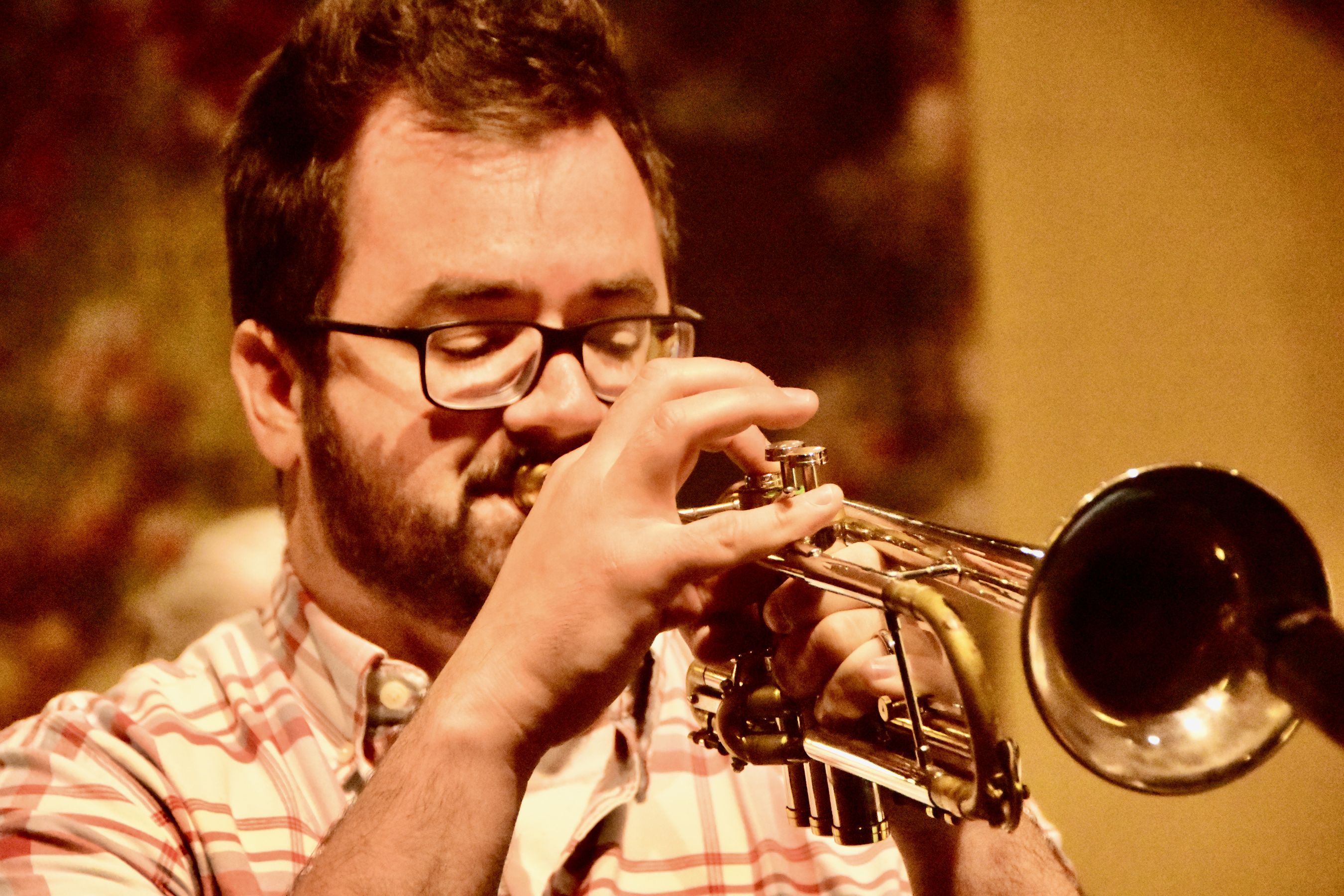