When singer Ria Curley shared the piano with husband-keyboardist Chuck Lamb, their closeness was obvious to the Jazz on Jay crowd Thursday. But the partnership worked through their entire 90 minutes under the tent, too; although each took breaks from the band they shared, with bassist Brad Monkell and drummer Sam Zucchini.

Lamb led off, fronting the trio in two instrumentals as Curley waited offstage. The players swung smooth and sharp in a blues before Lamb announced the second song as a tribute to his late COVID-felled brother Pete in “Pumpkin Eater” his bro’s nickname. The opening blues felt conventional and skilled, then this tribute added a dimension of the heart. Lamb managed the musical trick of communicating a simple, straightforward and disarmingly warm feeling through sophisticated musical resources – like Vince Guaraldi, or Chick Corea’s “Children’s Songs.”

Then Curley went onstage to sing the can’t-miss standards “Almost Like Being in Love” and “How High the Moon.” Apprehensive about recalling the words, Curley suggested she might cheat by reading them, but then took the tune without a net, at least at the start. But when she gave in and opened her lyrics book, she wound up skatting instead. She didn’t need the words after all; she knew the notes – though she did sing the lyrics at the end.

As she took over the keyboard, a fan asked Lamb if that meant he’d sing. Lamb struck a pose, full-Sinatra, but said no; then Curley launched her original seduction number “Take Me,” She made the invitation personal, summoning Lamb back to the keyboard; he played high, she played low as Zucchini sang harmony.

Curley left as Lamb introduced “Take Five” by his hero, Dave Brubeck – noting he’s played for decades with Brubeck’s sons. Lamb turned the tune inside out, playing variations for four minutes before setting up its trademark repeating piano vamp and the melody that Paul Desmond’s sax carried in the original. Lamb’s inventions felt so fluent nobody minded, but the trio supplied some of the classic tune’s familiar elements including Zucchini echoing Joe Morello’s drum solo on the original. Lamb played a thunderous variation on Brubeck’s left-hand runs on the coda.

Citing his fertile composing output during COVID, Lamb swung the optimistic “Lucky Cham” in sunny-day likeability, Mankell shining in a rare bass solo. “C’mon up, babe,” Lamb invited and Curley returned to play and sing “Two Note Samba” that didn’t quite match the engaging playfulness of Jobim’s bossa classic “One Note Samba” she’d used as her map; that is, until Lamb rejoined her at the keys and carried her yearning skatted vocal on the coda with melodic grace.

Curley then went to the vocal mic to sing the happy anticipation of “Summertown,” a tribute to their Saratoga hometown. It began from a walking baseline that suggested a stroll down Broadway before everybody joined the cheerful promenade.

As with “How High the Moon,” Curley hesitated before singing “Gonna Be Fine,” although it’s an original. She explained she was trying to remember, paused a moment, announced “I think that’s it” and showed she knew every nuance, though she summoned Lamb back onstage for another piano four-hands foray.

She asked, “Chuck, got something?” before their last tune before deciding to close with the party-time number “Girls Night Out.” – bringing a couple to their feet to dance. Curley nearly missed her cue as Lamb wrapped his rollicking solo and had to spring to the mic for her entrance at the coda. As Lamb sped up and cut loose, Curley watched his fireworks intently as everyone else in the shade-seeking crowd before singing the coda herself.

They made up the set song by song, opening short gaps between numbers. Things felt relaxed, but they performed with an engaging confident casualness that looked and sounded warm.

Jazz on Jay wraps its season of free noontime shows next Thursday, Sept. 1 with trumpeter Pete Bellino’s Quartet. The rain location is Robb Alley at Proctors. 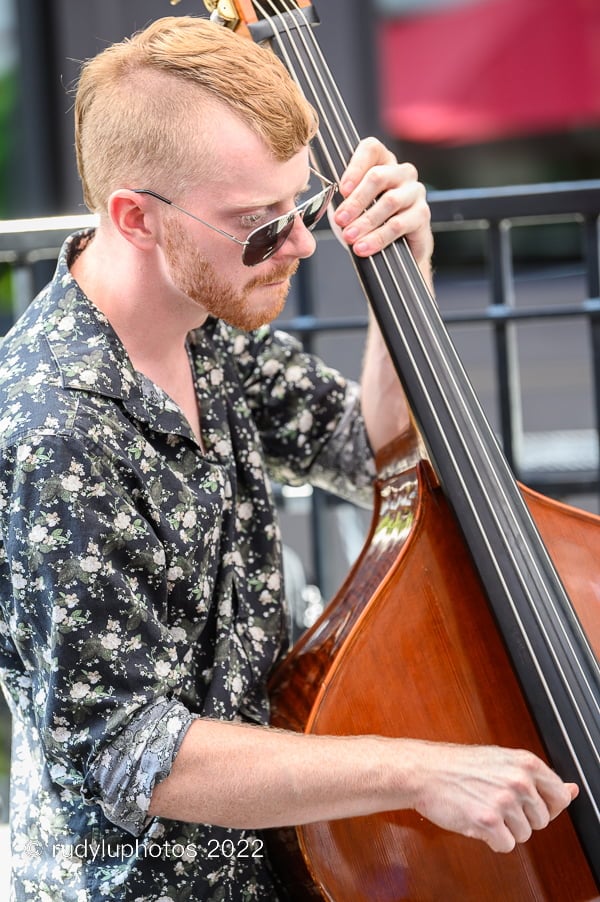 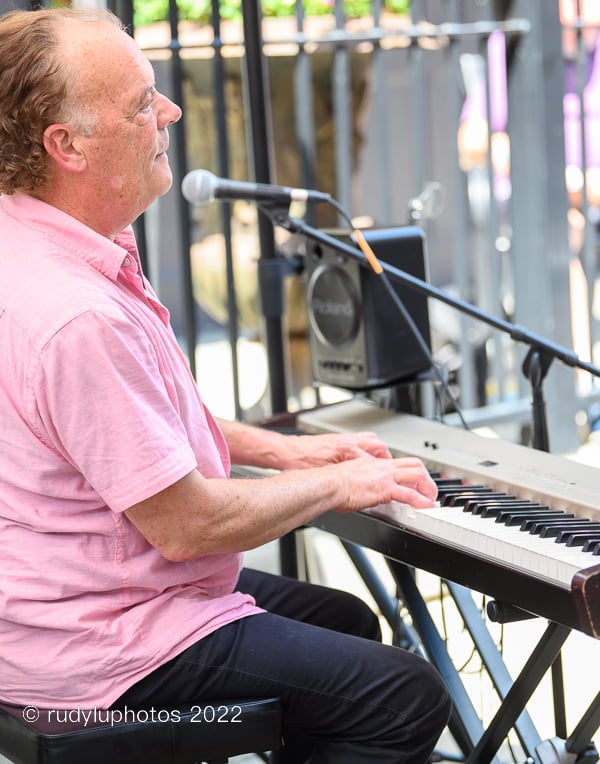 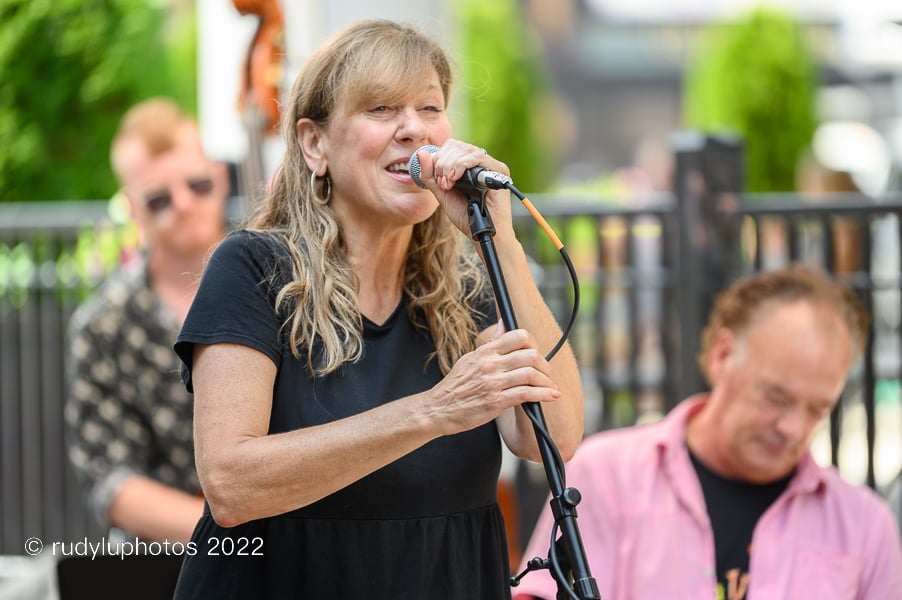 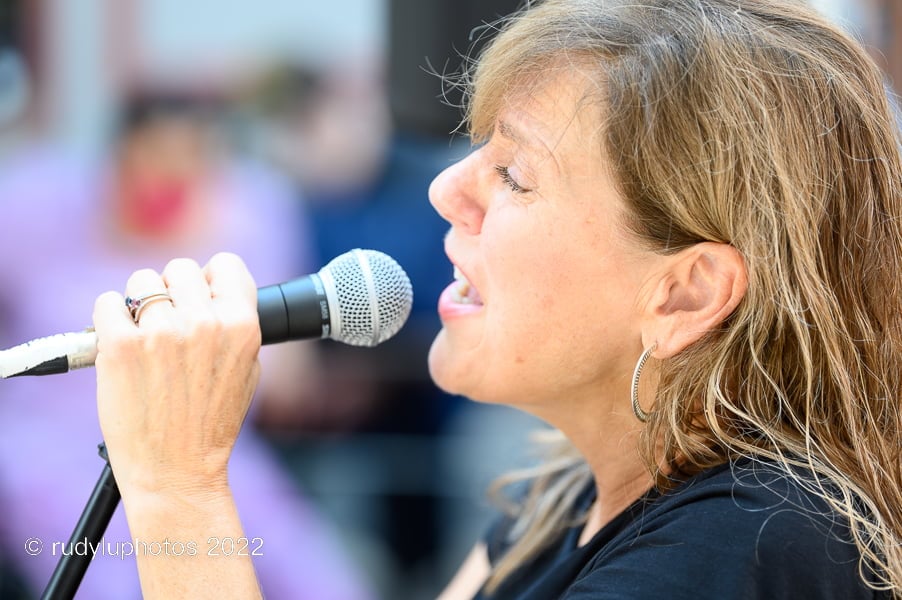 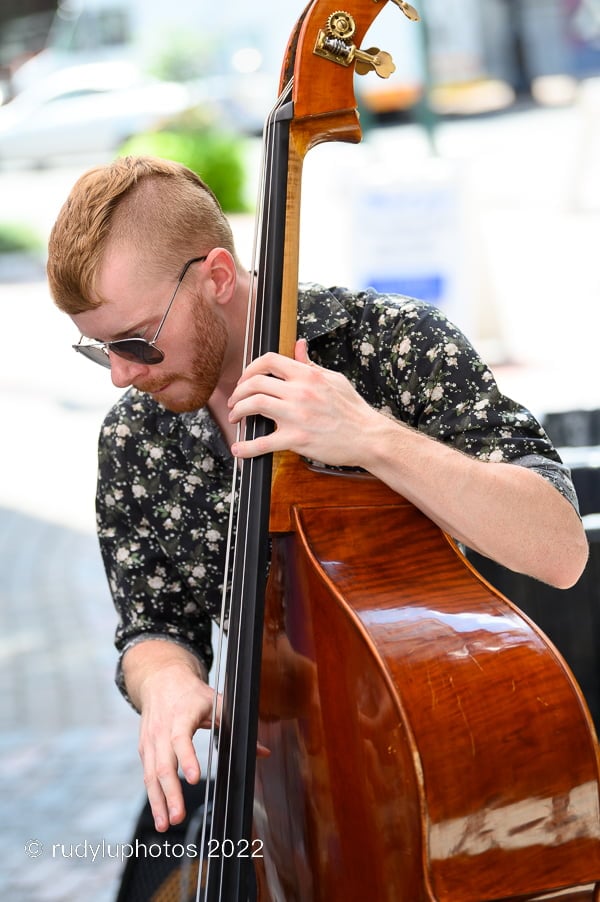 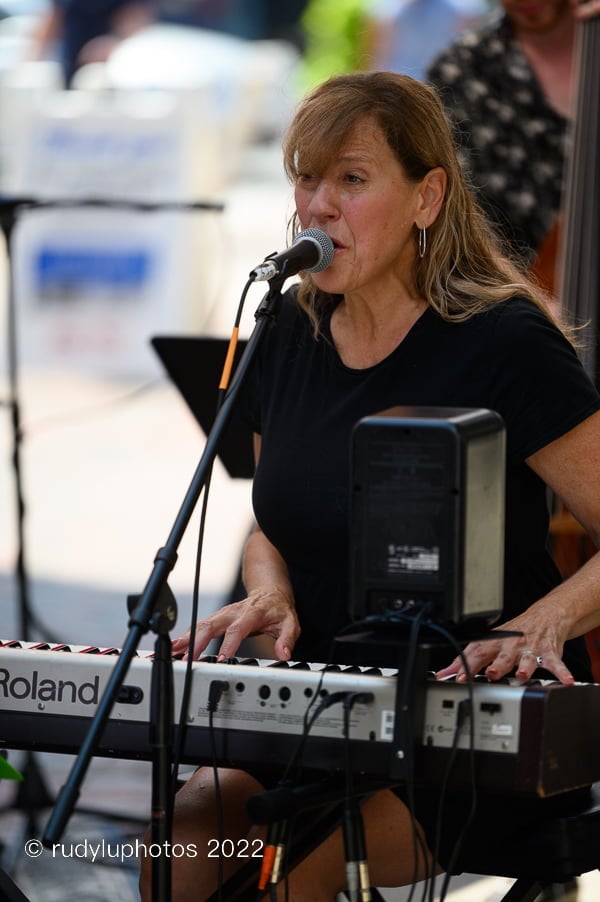 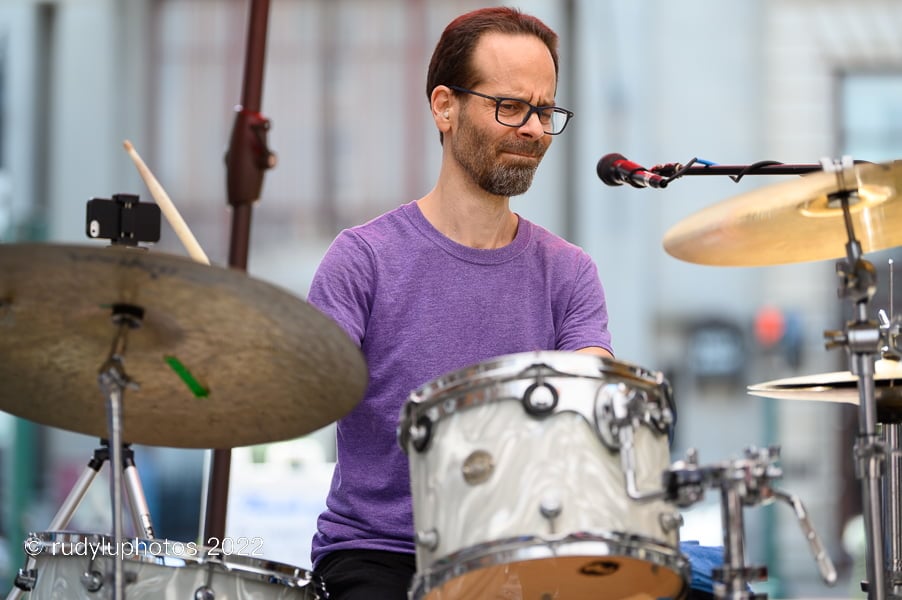 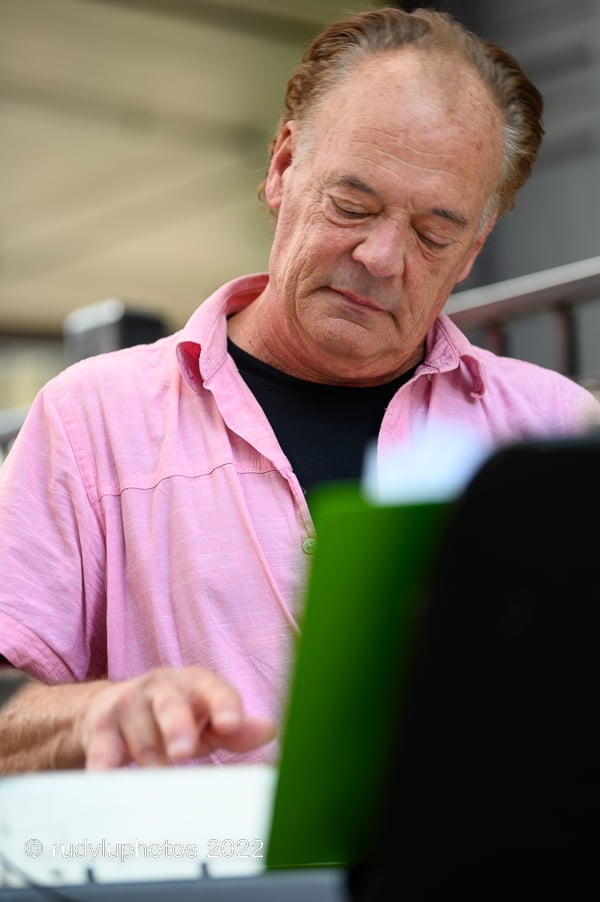 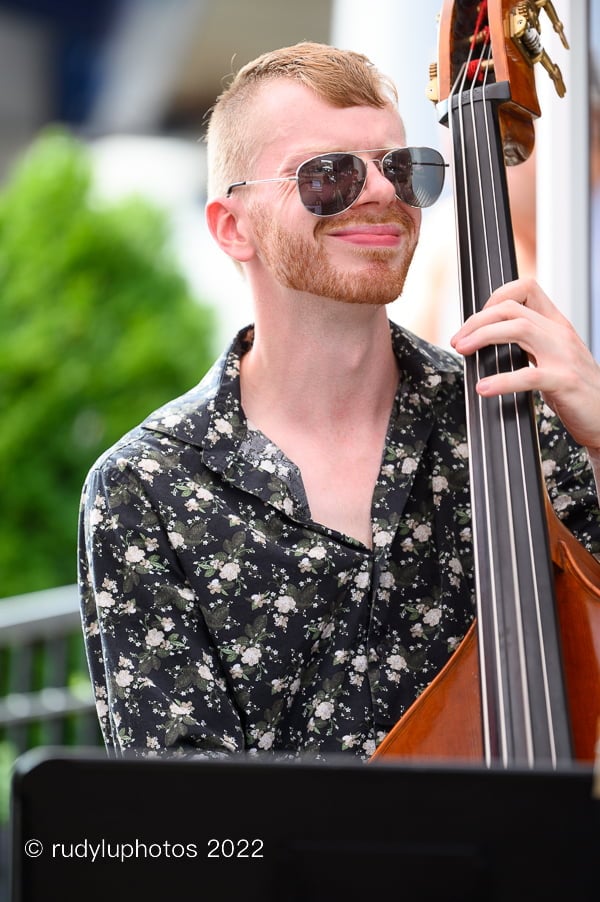 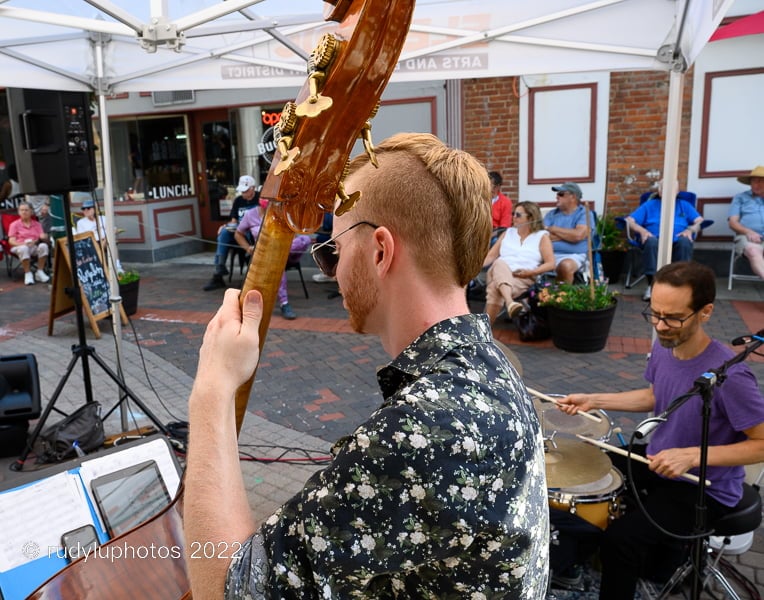 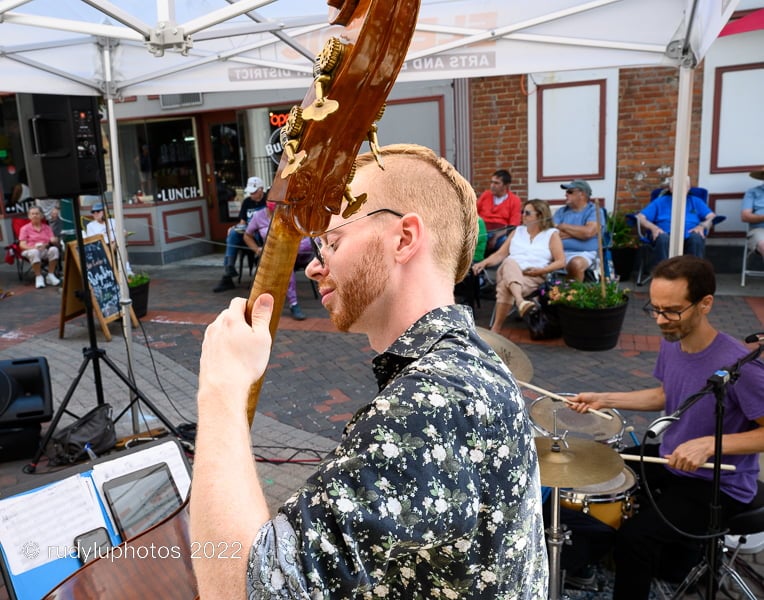 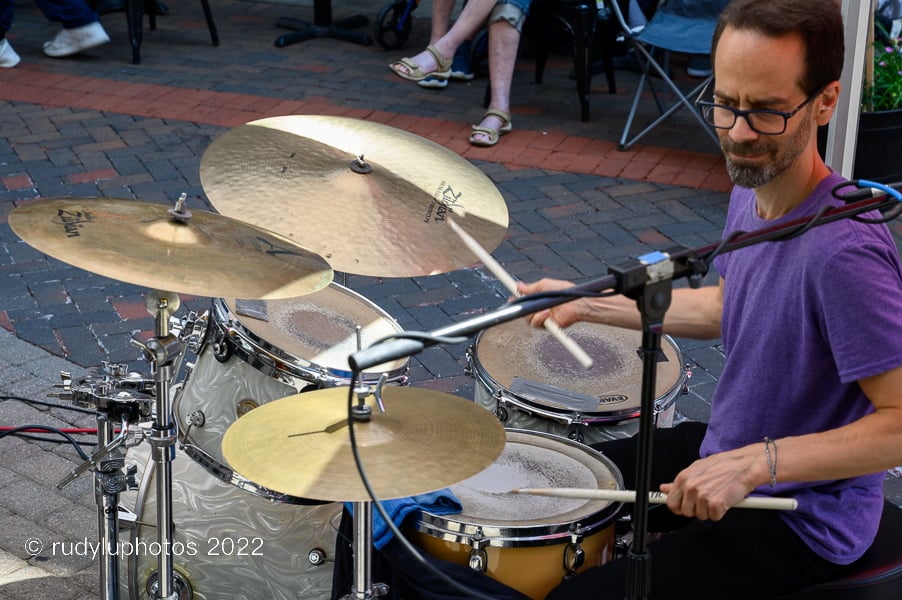 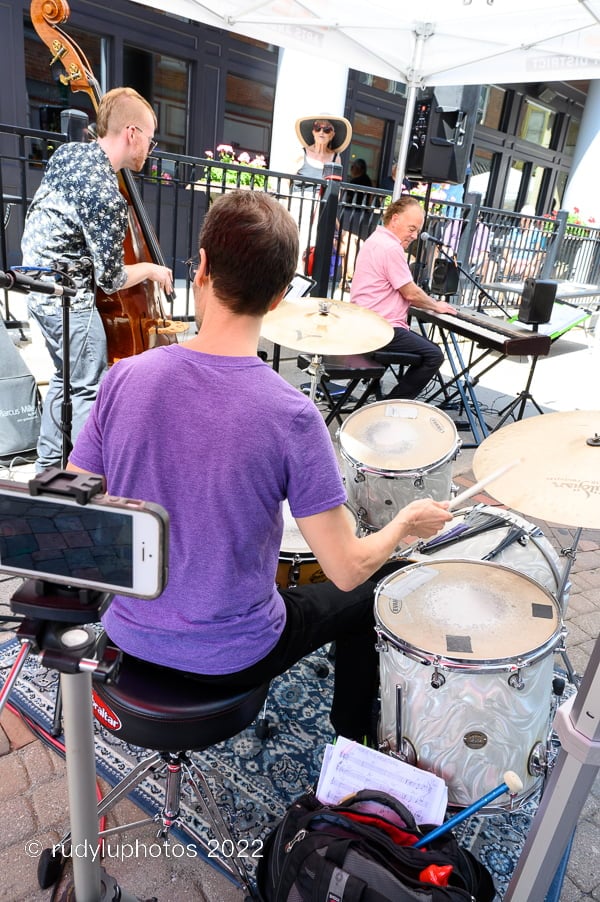 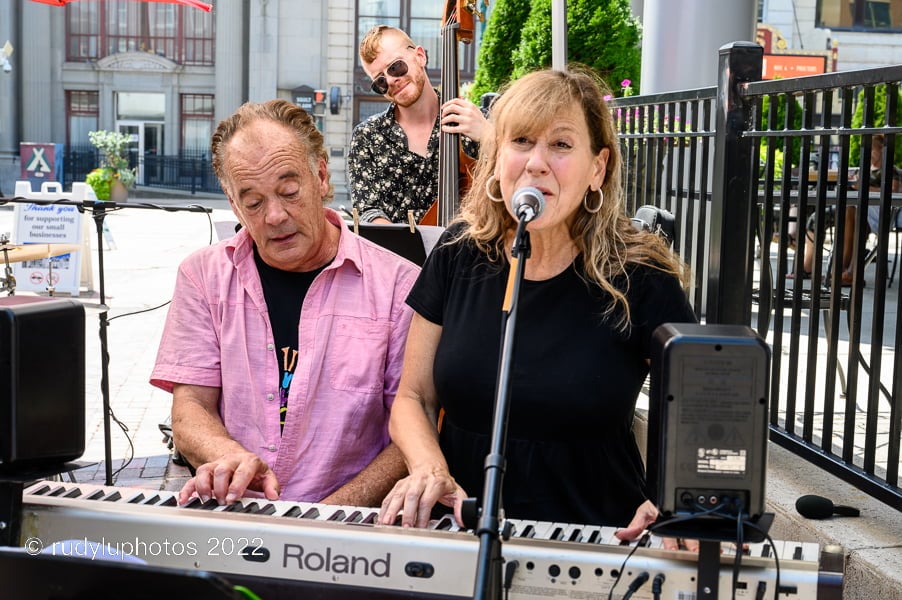 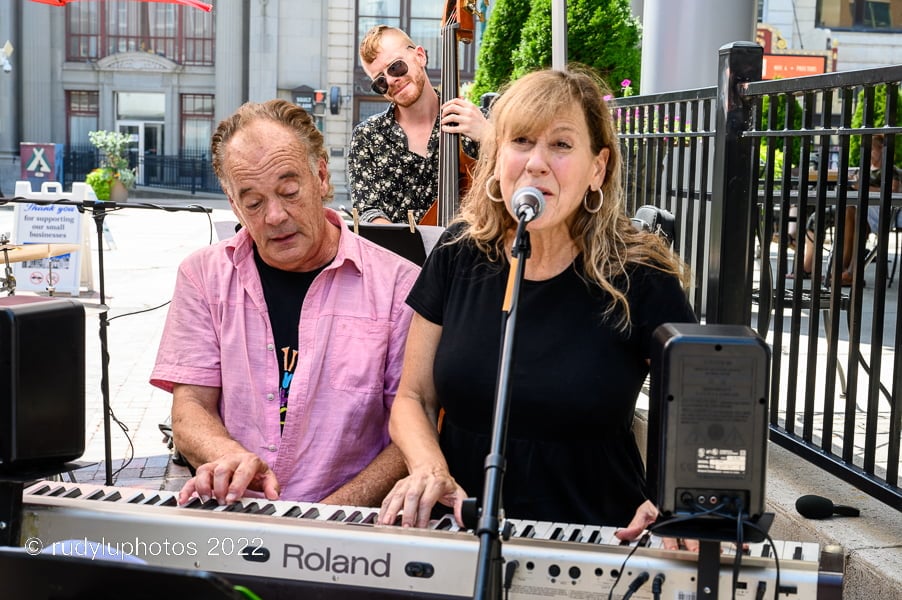 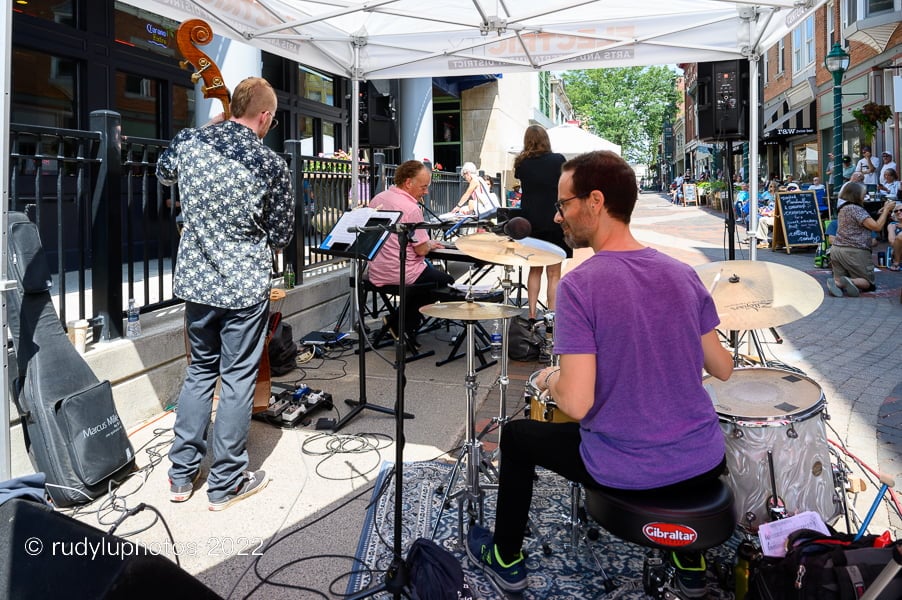 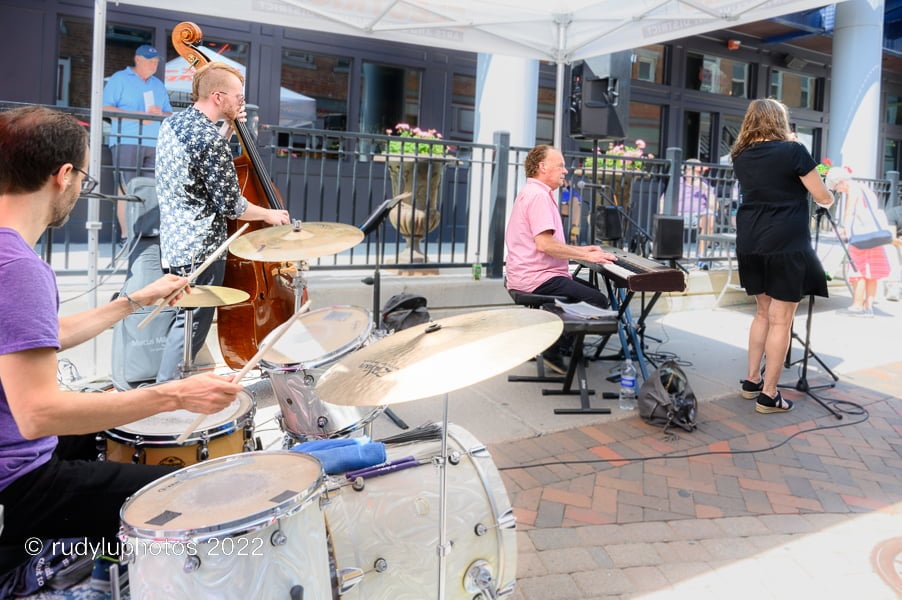 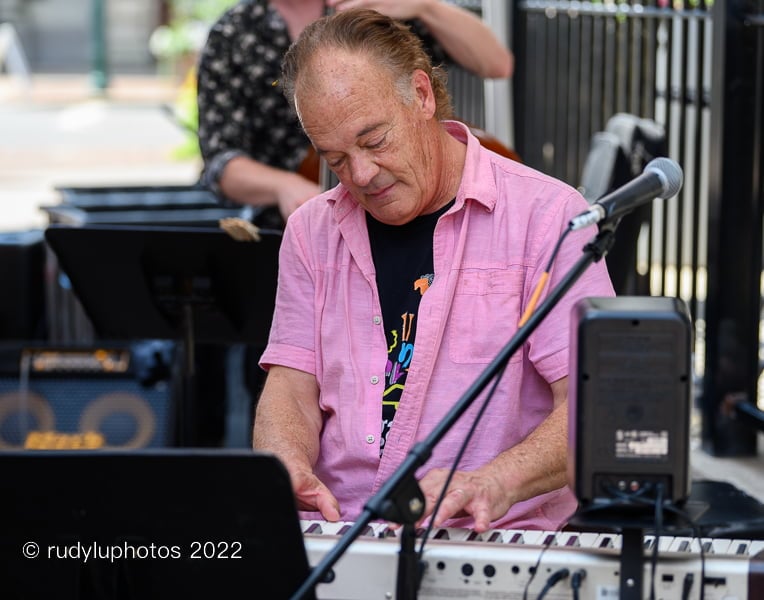 Gabe Beyleu;  A Wonderful Partner to Take A Road Trip With