“If that’s not joyous, I don’t know what is!” exclaimed Pete Bellino Thursday at Jazz on Jay. He’d just led his band through Gerry Niewood’s “Joy” to launch the last show of this free lunchtime jazz series, but the title and the mood held high through a fond farewell on a perfect afternoon.

David Bromberg once explained, “The band snuck up on me!” as as his crew grew large. Something similar happened to Bellino whose show was announced as a trio gig but by show time was a quintet. It might have grown larger still if fellow brass players Chris Pasin and Steve Weisse had accepted Bellino’s playful invitation. He noted a Pasin sighting and proclaimed, “If you brought your horn, come save me!” Nobody under the band tent needed any saving to make music of sunny joy.

The quintet featured Bellino contemporaries – longtime band-mate bassist Pete Toigo with tenor saxophonist Eric Walentowicz and guitarist Kevin Grudecki – as well as dazzling young-blood drummer Keimon Noel, just 17. Bellino introduced Toigo as his partner in crime, but the whole crew was locked together – not in some stuffy cellblock but instead on a journey of exalted craft, of well-made straight-ahead jazz of sunny attitude and shared fun, with plenty of individuality.

After “Joy” – a happy bounce of solos and section playing – Bellino shifted the spotlight to guitarist Grudecki in (guitarist) Pat Metheny’s “Change of Heart.” Grudecki played Metheny-like in his bright tone and easy phrasing while Bellino swapped his trumpet for flugelhorn to accent the tune’s mellow spirit. The frontline all got some love, but the tune ultimately belonged to Grudecki. Bellino stayed with the flugelhorn in Chick Corea’s “Sea Journey,” celebrating recognizable Chick harmonies and melodic lift in a well-knit rendition under full sail. Then Bellino announced Wayne Shorter’s “Ana Maria” before changing his mind to sub in “For Jan” instead, a short free-for-all fanfare introducing an easy-flowing waltz, Bellino still on flugelhorn and Walentowicz etching one of his most memorable solos in the set. Bellino cued a late break by Noel, mellow but fiery and promising more to come.

Citing his Buffalo upbringing, near enough to Rochester for flugelhorn romantic Chuck Mangione to be a major influence, Bellino led into a Mangione tribute “The Last Time I Saw You,” the horns going poetic together in a Latin mood. After this tenor and flugelhorn reverie, Bellino and Walentowicz withdrew, leaving “Chucho” in the hands of the trio. They made the most of it, everybody soloing and welding together a muscular vamp – a big noise from just three guys.

Still feeling lyrical after “The Last Time I Saw You,” Bellino went deep on “Body and Soul.” The other cats hung in strong, but the leader’s flugelhorn was first among equals on this classic romance.

“There Will Never Be Another You” soared in high-flying delight, Bellino’s flugelhorn chasing Walentowicz’s tenor over, under, around and through the melody and vice versa in a staccato treatment where Grudecki’s guitar and Toigo’s bass delivered terrific short bursts.

To close, Bellino again looked to Pat Metheny in “Song For Bilbao,” promising big things from drummer Noel, who delivered plenty in this upbeat ending. It matched nicely the uplift of their opener 90 minutes before, the same mood that flowed through the whole set, in fact.

Jazz on Jay keeps growing stronger and more diverse, but Bellino’s season-ending show may have been its most conventional. Not that there was anything wrong with that; in fact, the big crowd happily went along on this ride. 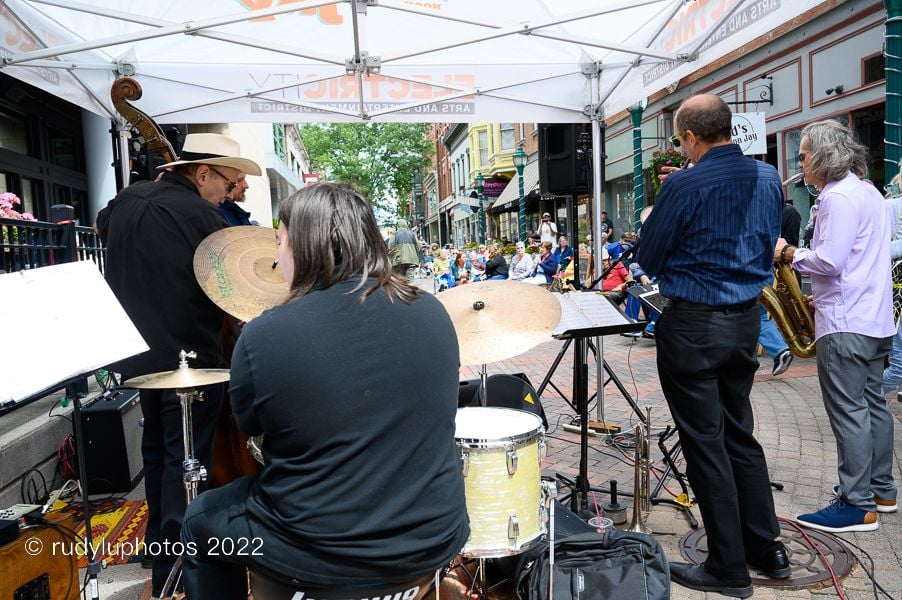 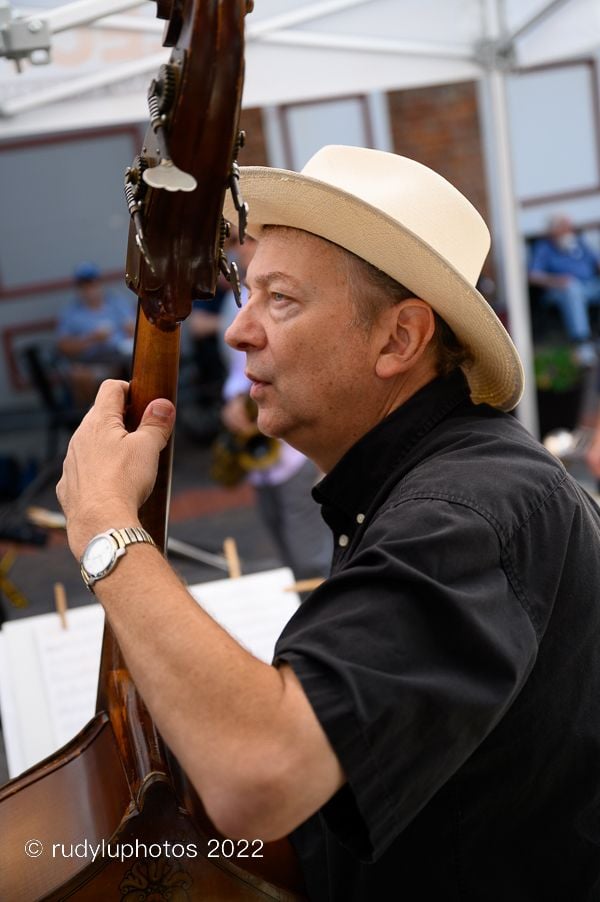 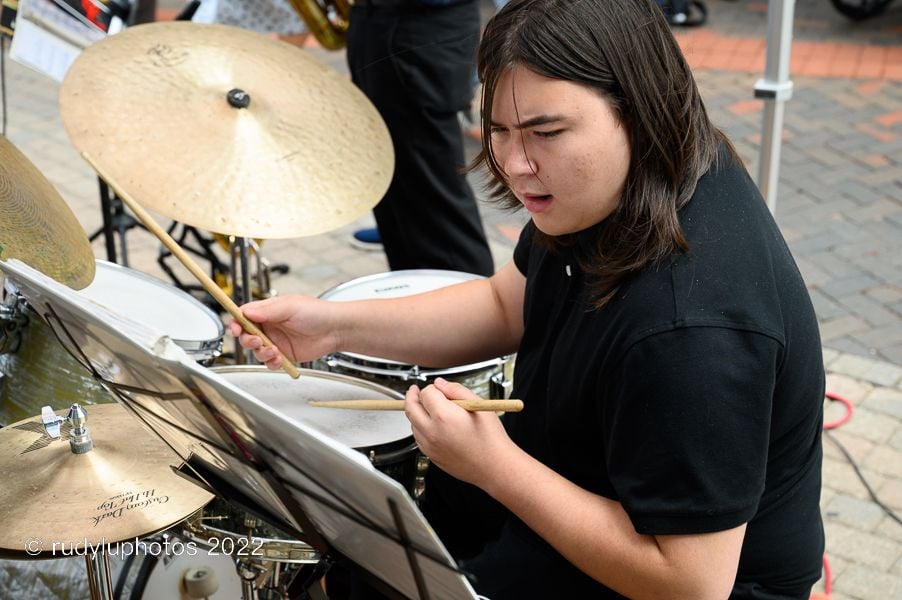 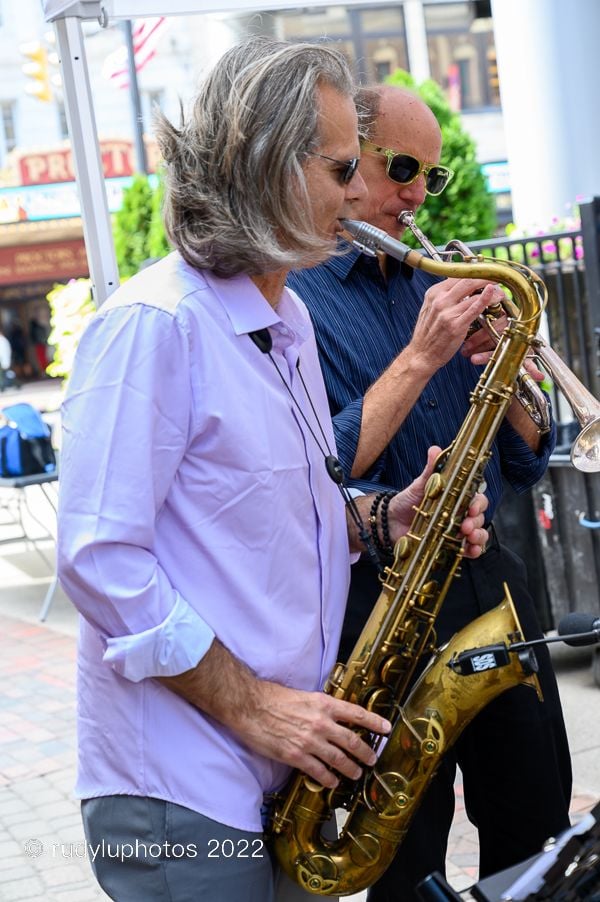 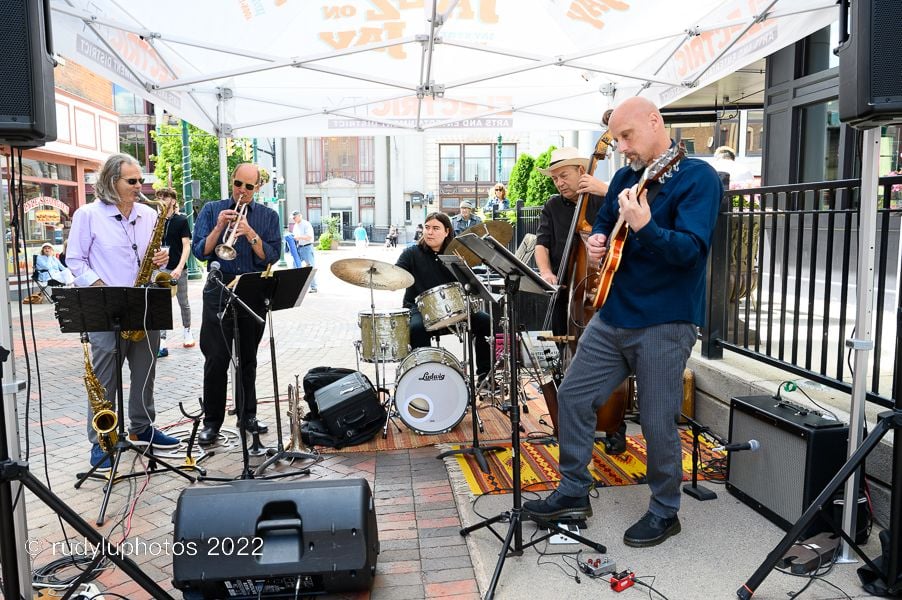 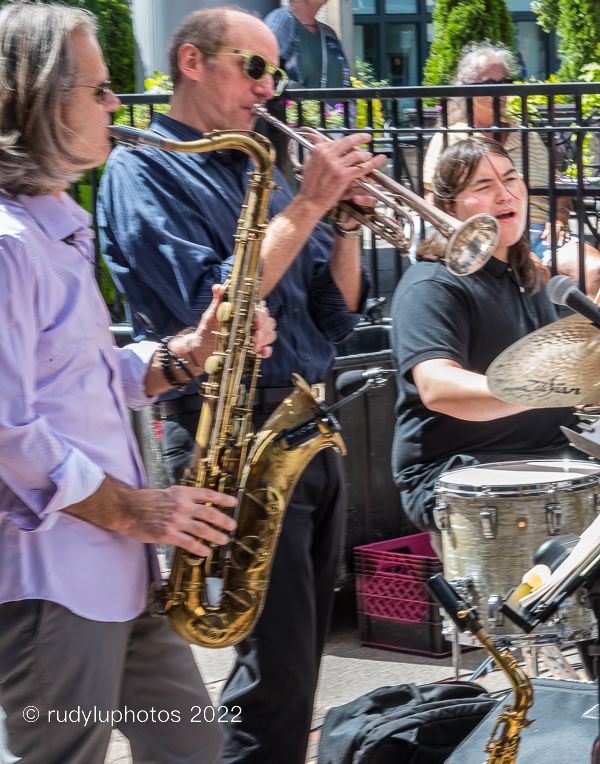 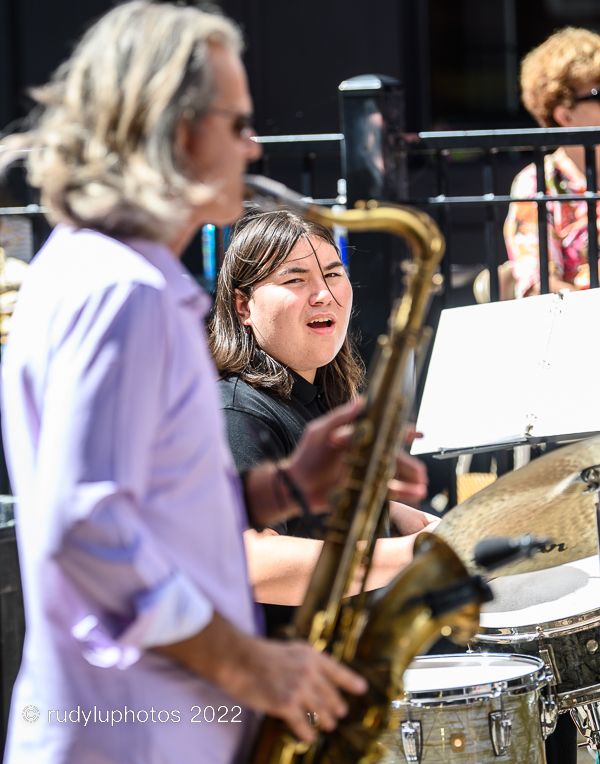 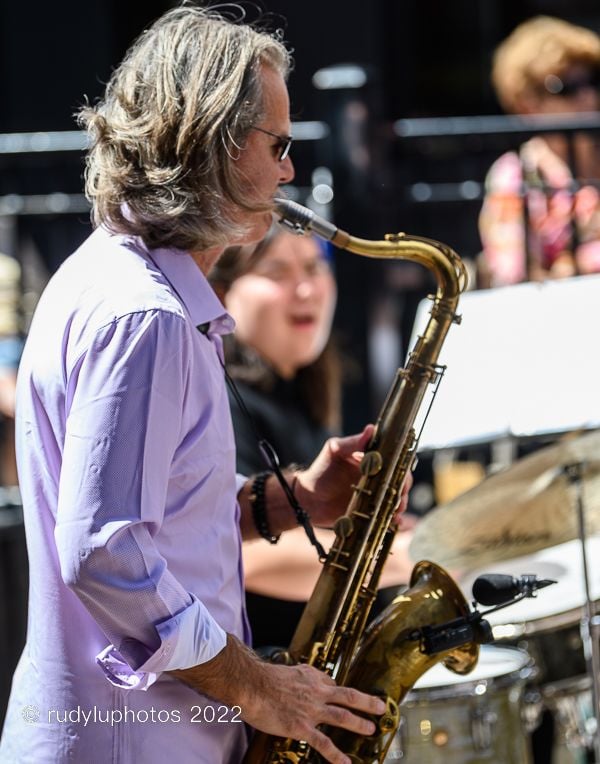 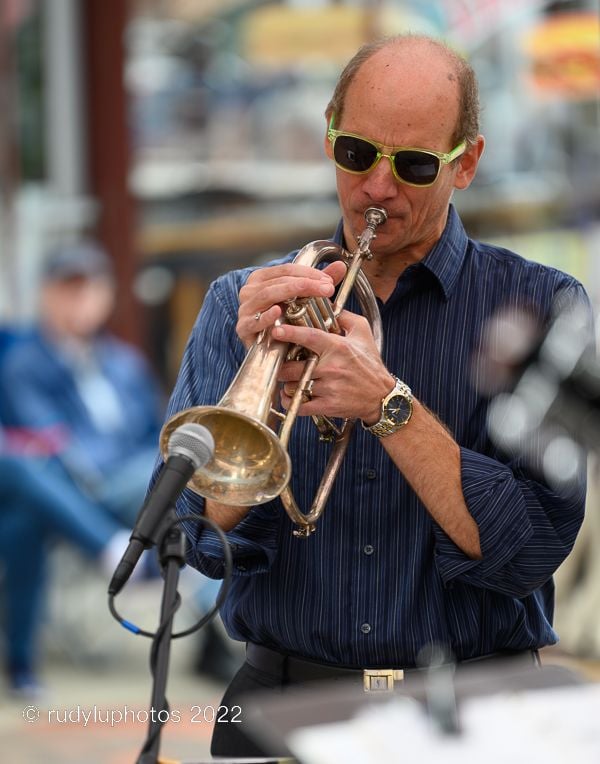 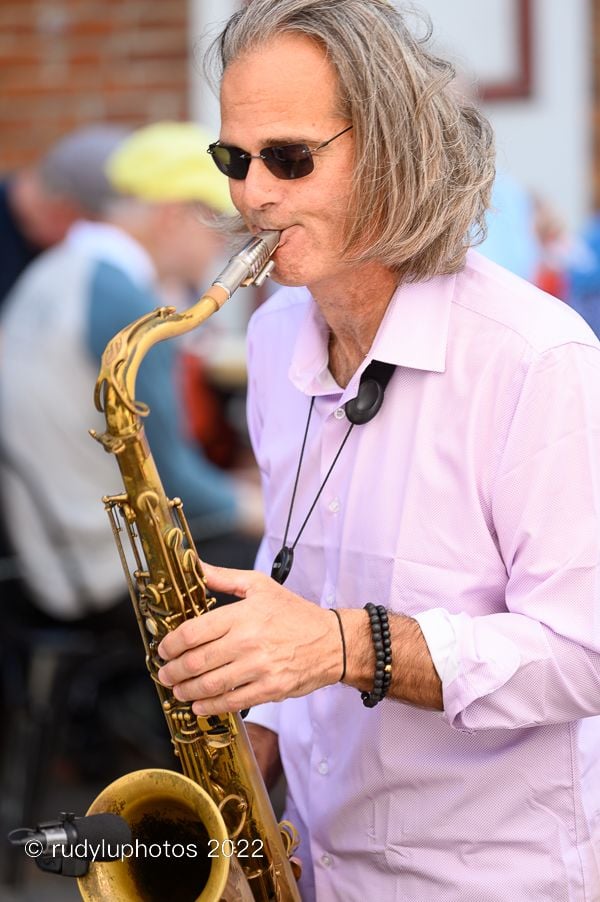 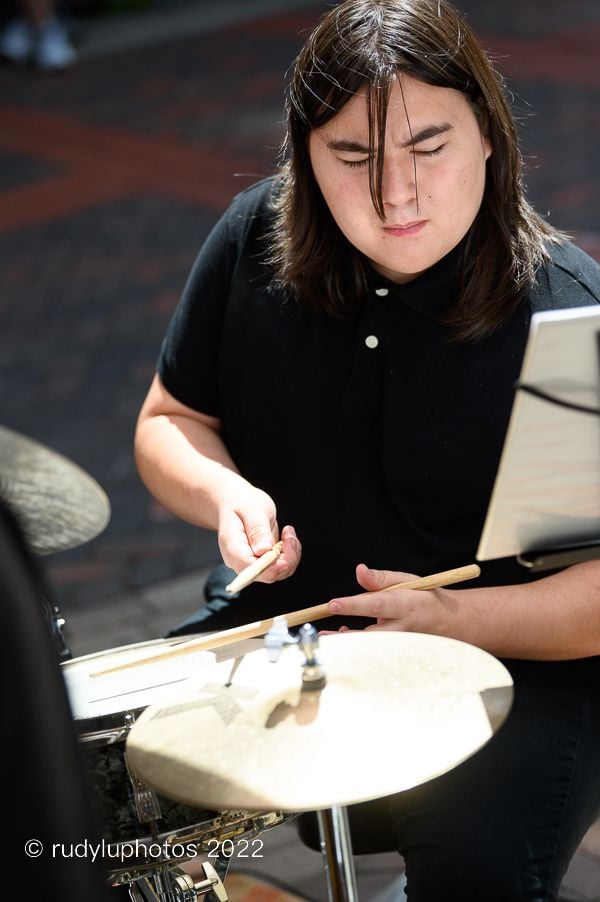 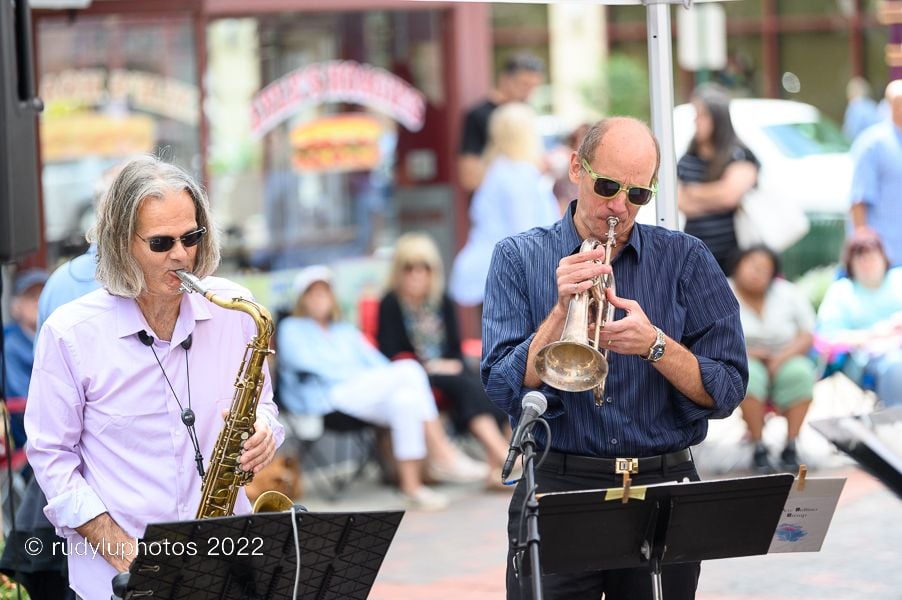 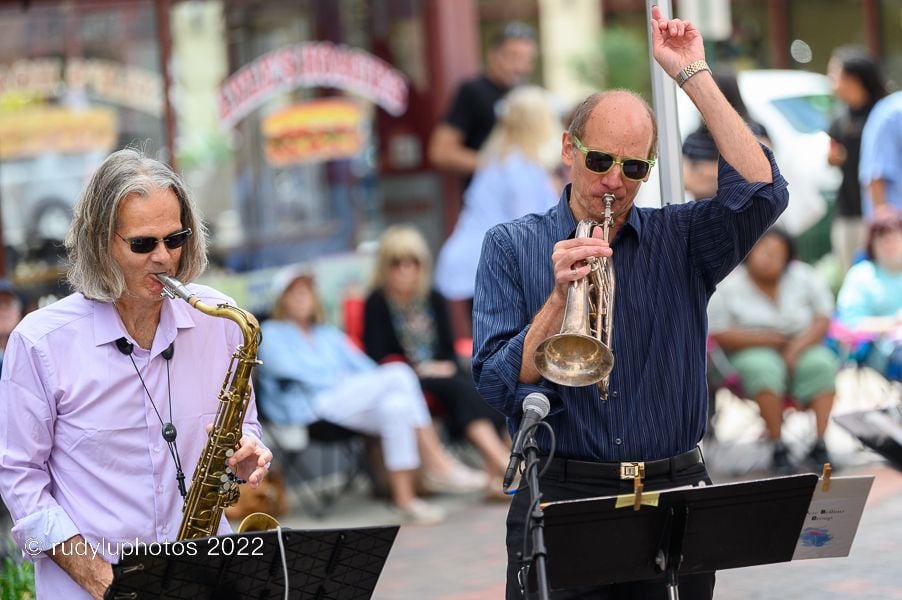 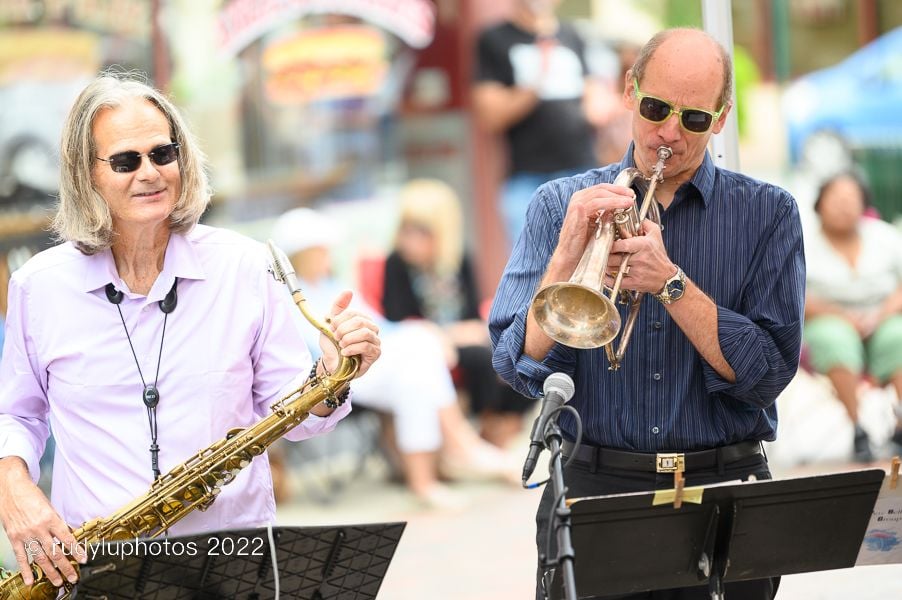 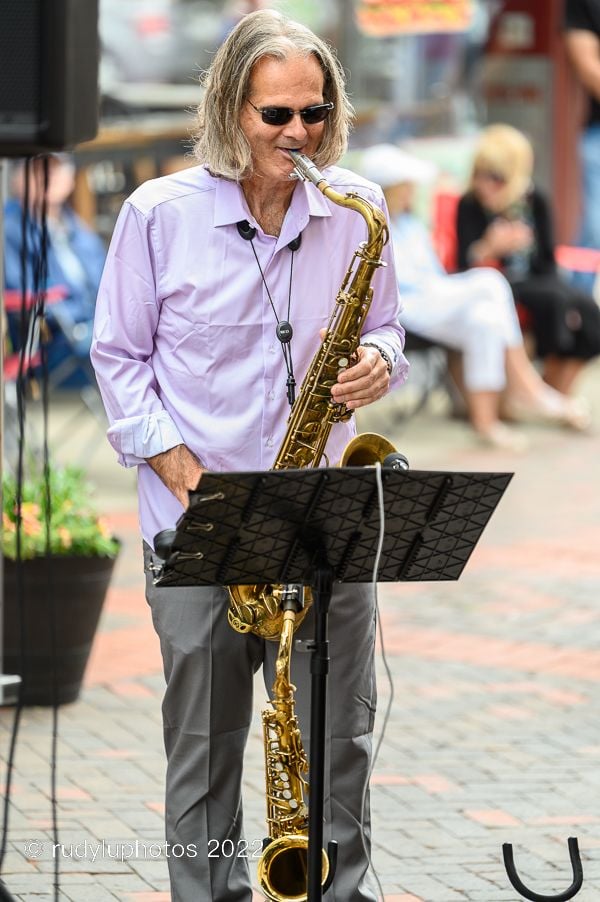 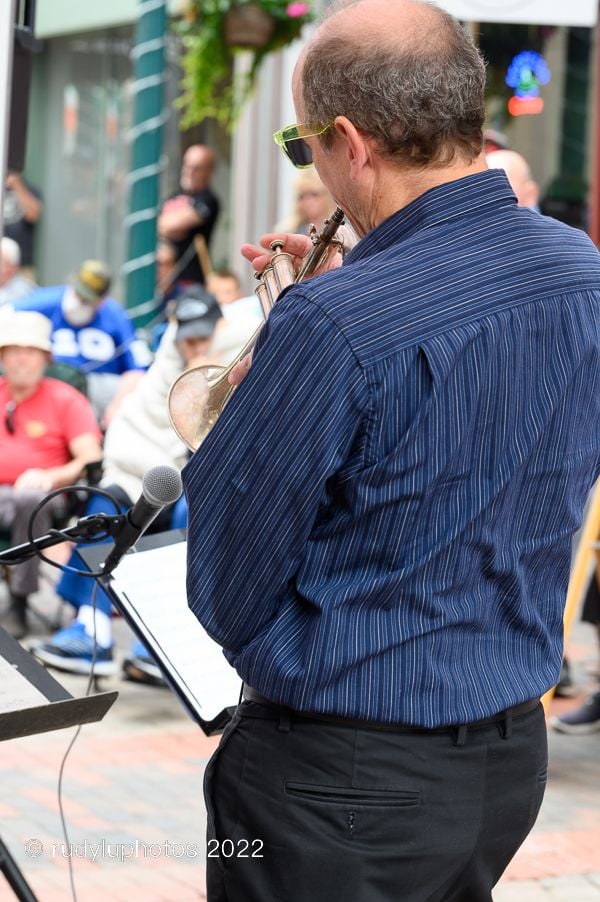 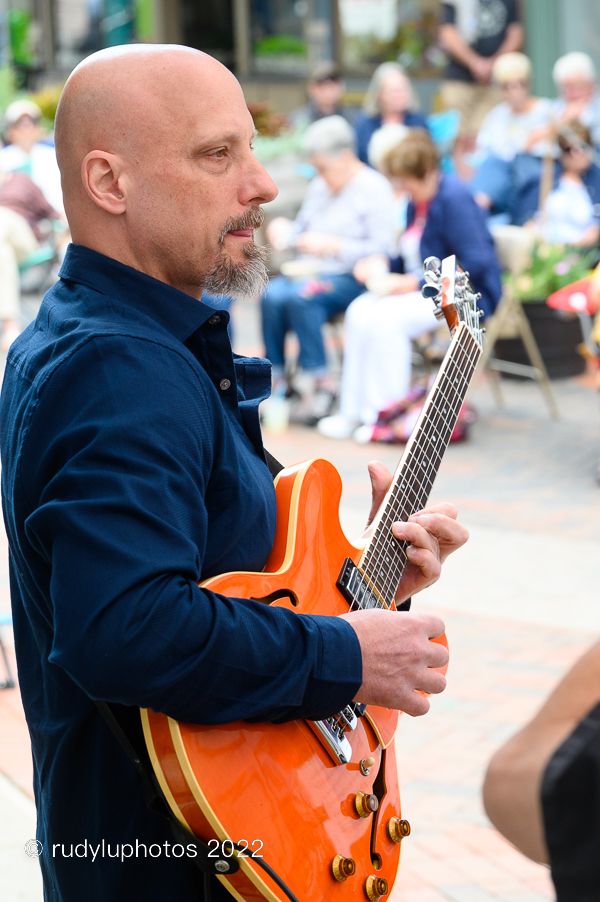 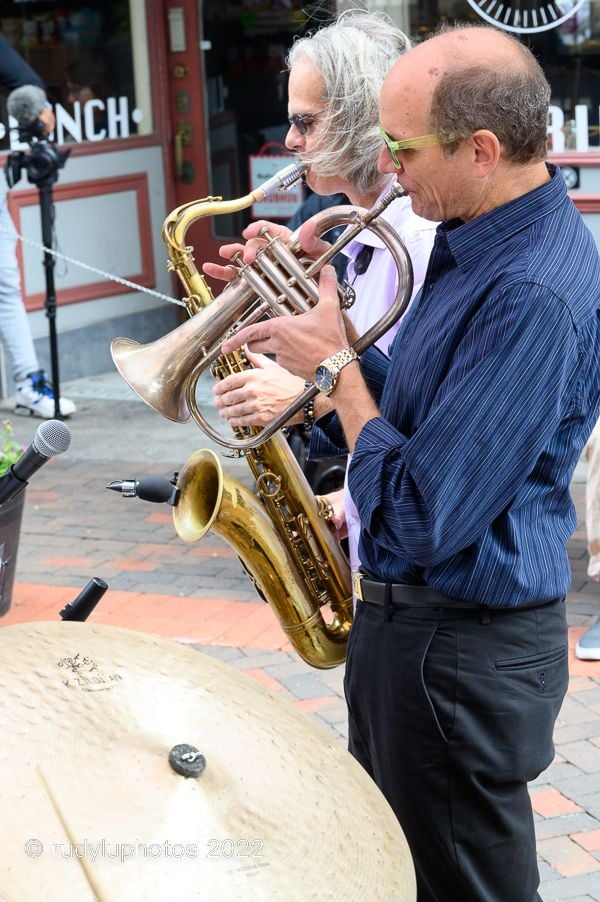 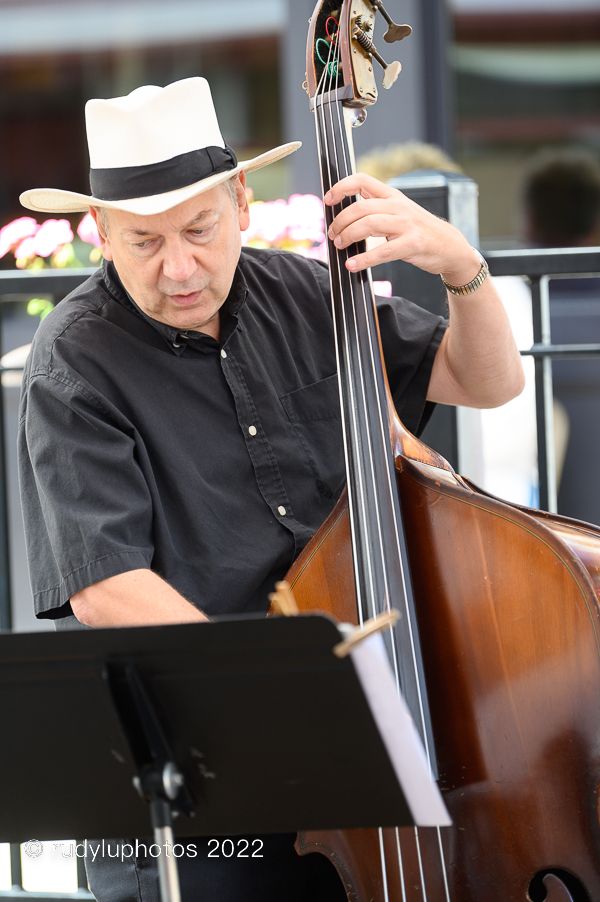 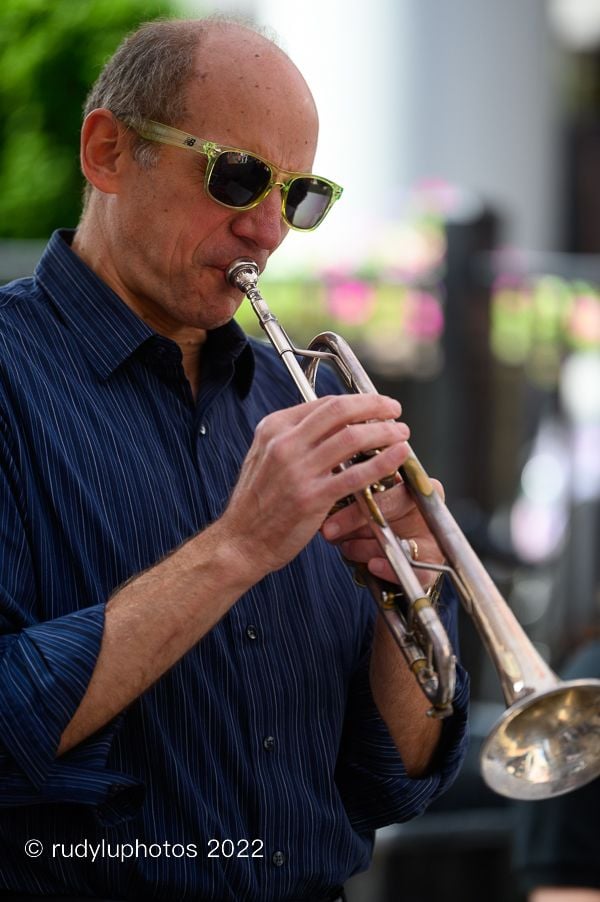