Anne Erin Clark, known professionally as St. Vincent, took a break from her arena and stadium tour where she has been opening for the likes of Roxy Music and the Red Hot Chili Peppers to instead play a headlining gig at Empire Live Wednesday night.  She and her band delivered an exhilarating set to a crowded, enthralled Albany audience.

She drew heavily from her most recent album, 2021’s Daddy’s Home, playing half a dozen tracks from it.  This was a very good thing.  That album, which won the Grammy for Best Alternative Album, is a knockout – deeply influenced by early 70s New York sensibilities, and layered enough that it continues to improve with repeated listens.  What remained to be seen was how those songs would come across when performed live.  I am happy to say they shined.

Taking the stage a little after 9:00, everything – Clark herself, her band, the clothes, the set – screamed the early 70s.  Boldly choosing to lead off with what is arguably her biggest song, “Digital Witness”, it was clear this show was not going to feature any kind of slow buildup.  They deemphasized the electronic edges of that song, choosing instead to go for a decidedly more funky vibe.  It worked very well.

“Down” was next, the first song of the night from Daddy’s Home, and the 70s were brought to the front again, this time in the form of the three backup singers (Stevvi Alexander, Nayanna Holley, and Danielle Withers).  The last few concerts I’ve been to have all featured very strong backup singers, and I’ve really come to appreciate what they add.  These three women brought sexiness, not just in their physical appearance, but to the music itself.  It should be noted that they were also used in a very artsy fashion throughout the show, choreographed to take certain positions and poses to emphasize the music, much more than simple backup singer gyrations.  Very cool stuff.

“Birth in Reverse” had great bottom delivered by bassist Justin Meldal-Johnsen, only to set up the first real guitar showcase by Clark and fellow guitarist Jason Falkner.  It’s easy to overlook Clark’s guitar skills since she’s such a visually compelling frontwoman, and puts so much artistry into her shows. But make no mistake, she can play, full stop.  She has her own style, as well, leaning more toward the noisy, effects-driven, Adrian Belew side of the spectrum.

Following a slinkier “Down and Out Downtown”, came one of the true highlights of the night, “New York”.  Dramatically delivered in all the right ways, all eight people on stage gelled perfectly at just the right moments.  Got me in the feels.  This song provided the opportunity for Clark to crowdsurf not once, but twice. The crowd (understandably) went nuts for this.  As a singer and frontwoman, she has an otherworldly capability to connect.  She doesn’t stare vaguely out to sections of the audience, she makes prolonged eye contact with specific people.  She notices what’s going on in the crowd and reacts.  And the setup to her crowdsurfing was pure, perfect orchestration.  She owned that crowd.

Not looking to come down, it was right into “…At the Holiday Party”, and a particularly strong rendition it was.  From a purely vocal standpoint, this number really allowed Clark (along with the forementioned backup singers) to shine.

At this point, it was time to rock – in big, booming, beautiful style.  The 1-2-3 punch of “Los Ageless”, “Sugarboy”, and “Marrow” hit you right in the gut.  Dramatic lighting, smoke, light poles, guitar wizardry from Clark and Falkner – you didn’t have to think through this part of the show.  And who would want to?

“Fast Slow Disco” served primarily as a transition song, getting us to “Pay Your Way in Pain”, a decidedly 80s number (in contrast to the vibe for most of the night), but one that best allowed keyboardist Rachel Eckroth to have her moment in the sun.  Clark had a couple of vocal breaks in here that reached deep, deep down in simply scintillating fashion.

Set closer “Cheerleader” deserves an award for “Now this is how you close out a set.”  Slow at first, then the big buildup, followed by the band walking off the stage one by one, leaving only drummer Mark Guiliana, who proceeds to end the concert with a descending drum solo.  Just perfect.

The adoring crowd demanded, and got, a three-song encore. “Year of the Tiger” ably set the table for the meal of the final two songs.  The sharp, jarring, harsh sounds of “Your Lips Are Red” engaged in a way that would seem almost impossible on paper.  But it worked in spades – Robert Fripp would be proud. Finally, “The Melting of the Sun” returned us to the 70s in all its over-the-top, delightful, decadence. St. Vincent took us on a ride last night, and ultimately brought us full circle.  Groovy.

I’m not sure I’ve ever seen a concert so thoughtful, from top to bottom.  It was very clear that Clark put much effort into the song selection and sequence, the choreography of the backup singers and others, the lighting, etc.  St. Vincent is more than talented enough to nail a concert in a basement with a single spotlight if she needed to, but she delivered much, much more than that last night. The only real quibble was a somewhat muddy sound mix.

It should be noted that Clark and the rest of the band seemed visibly appreciative of the night, well beyond the usual end-of-the-concert smiles. I wonder if headlining, playing to a crowd that was there strictly for them, was something they were craving.  In any case, both the band and the audience seemed to leave on an equal high.

It’s often said that opening up for a band is a particularly difficult task for a comedian.  Ali Macofsky did nothing to disprove that stereotype warming up the crowd last night. 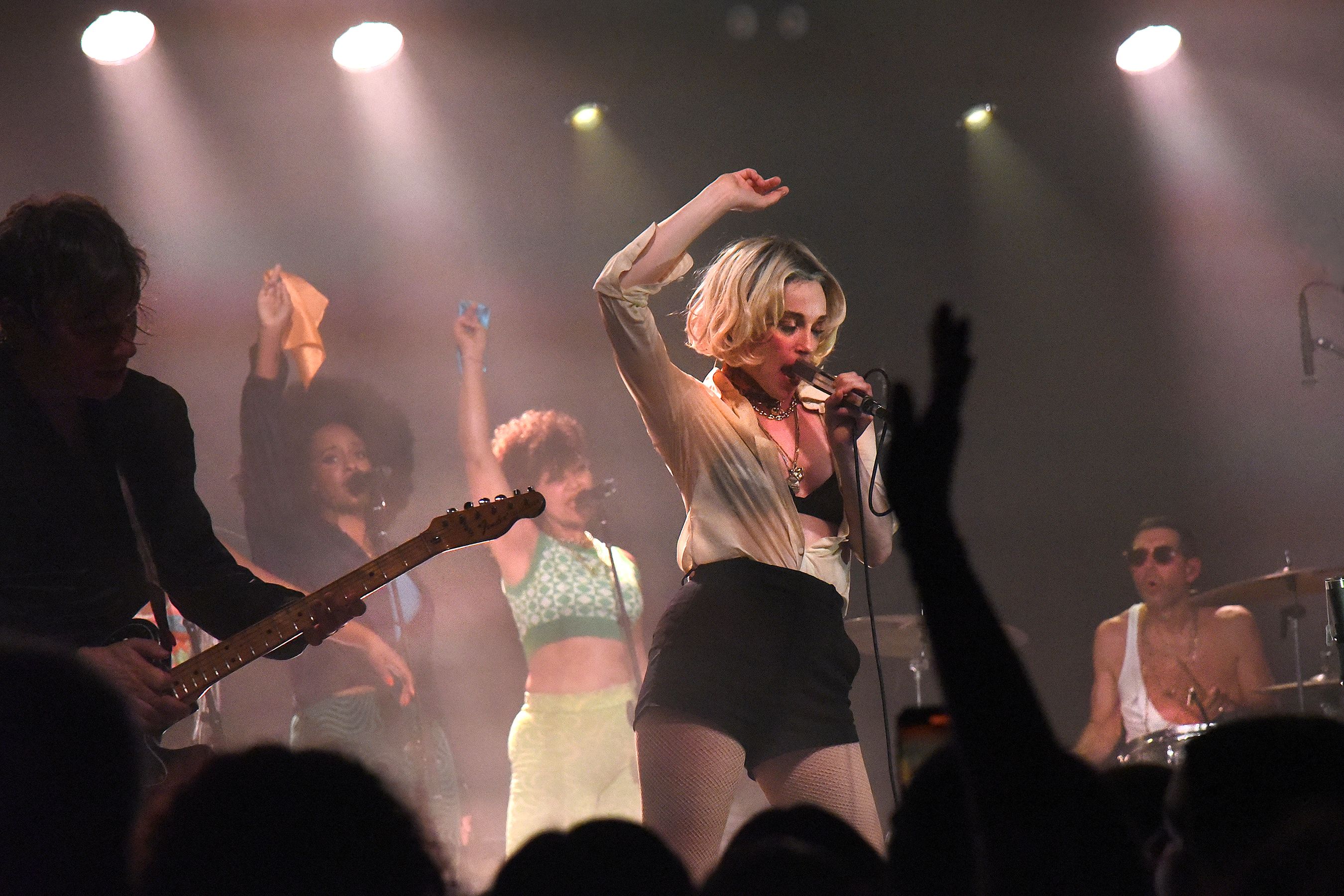 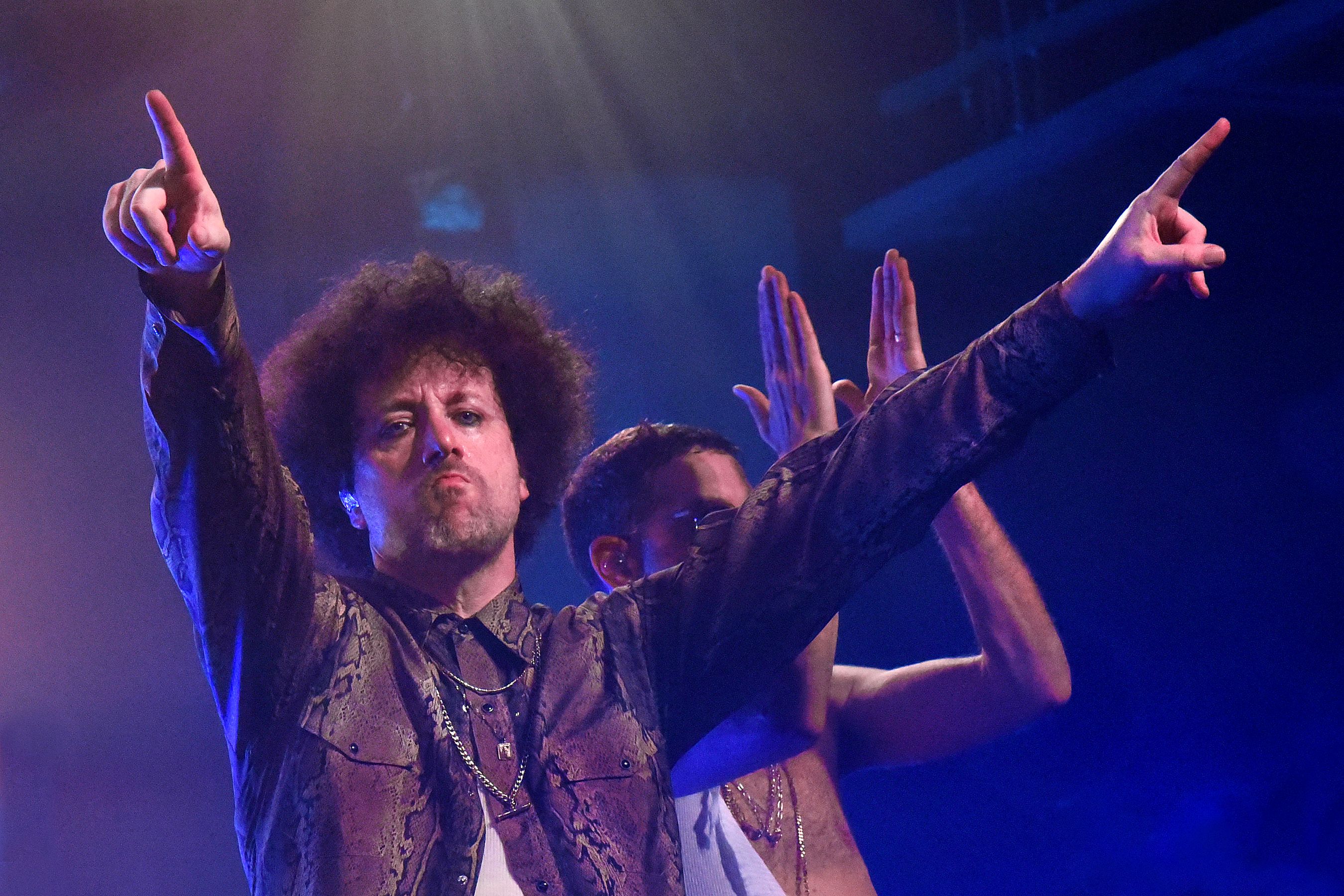 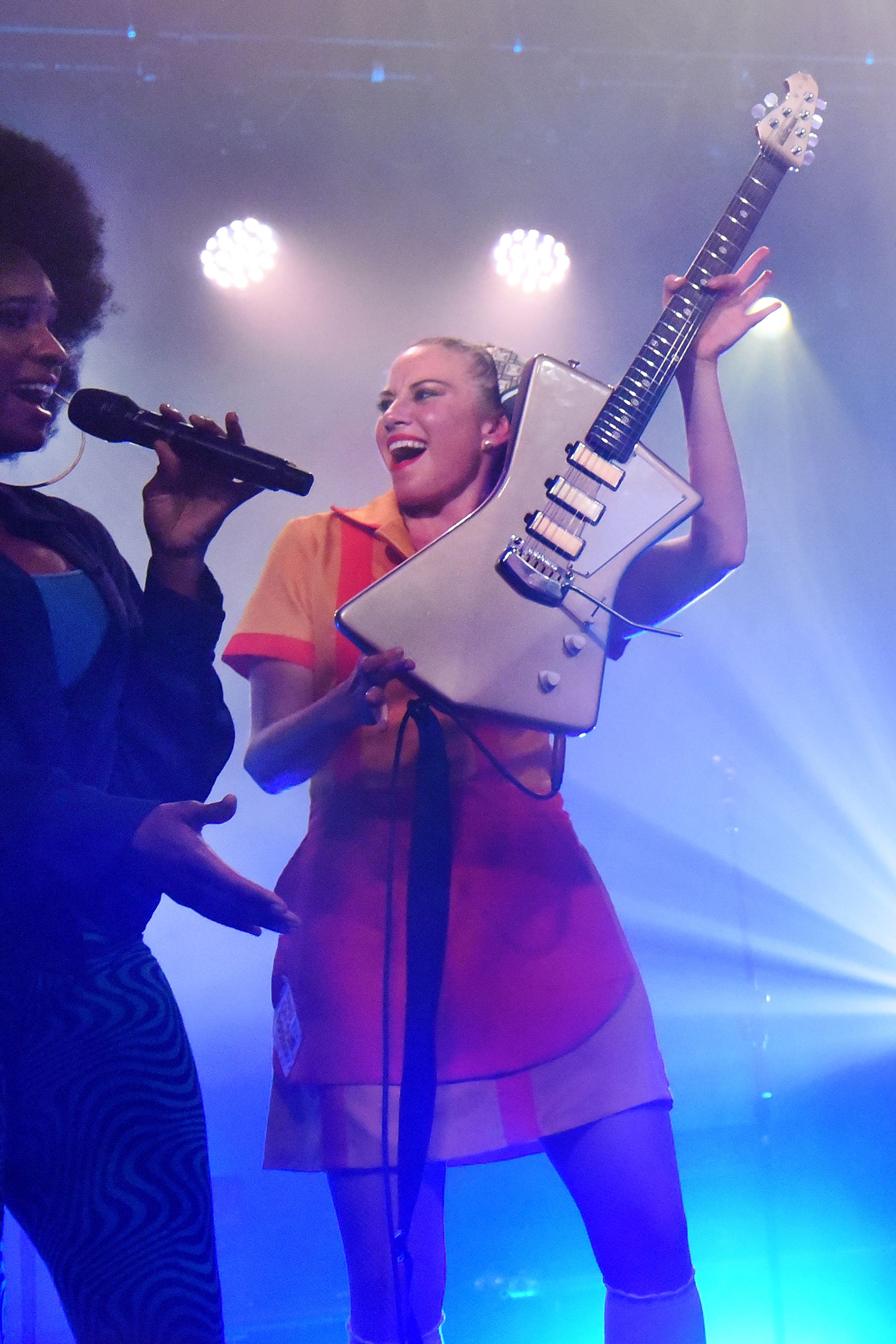 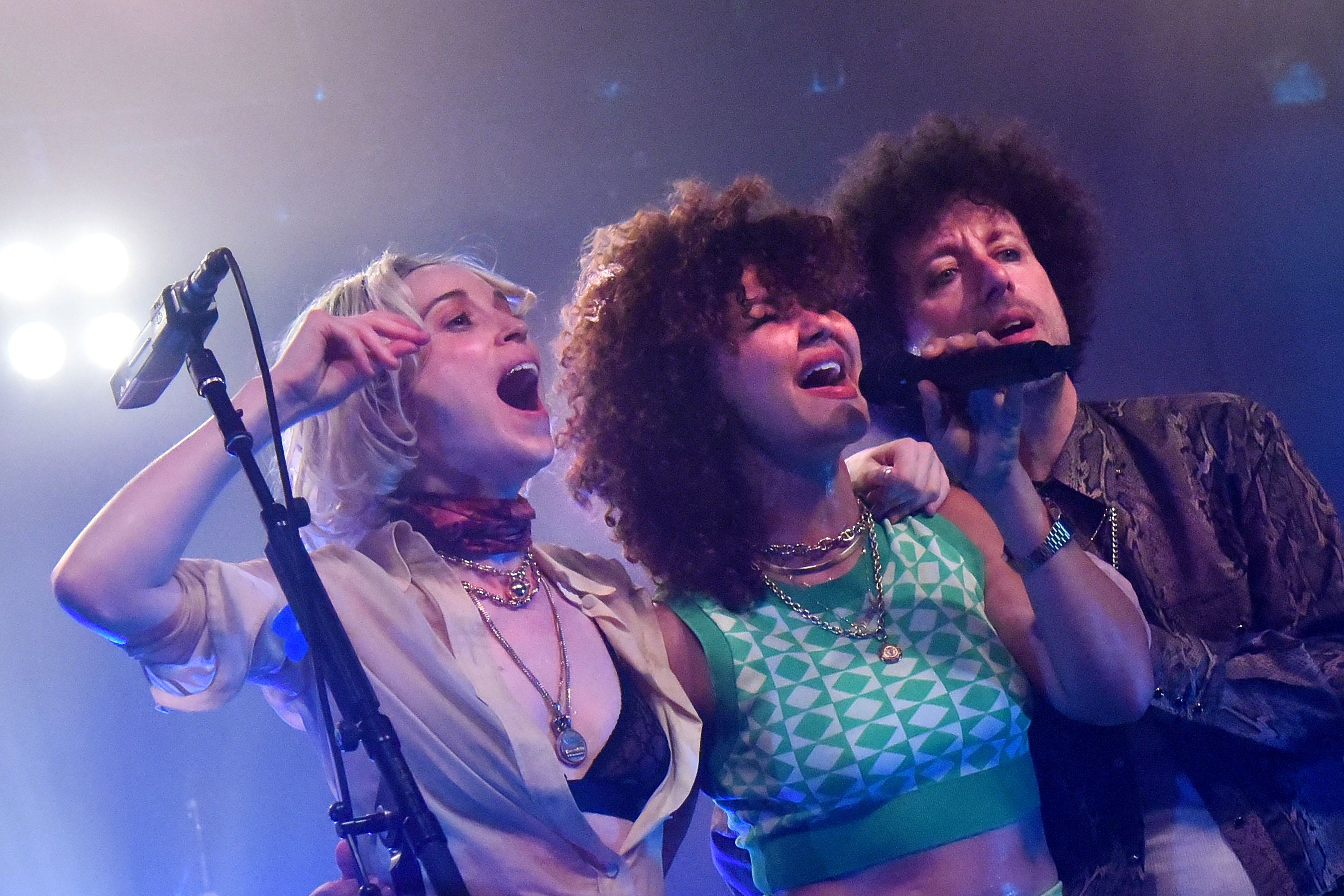 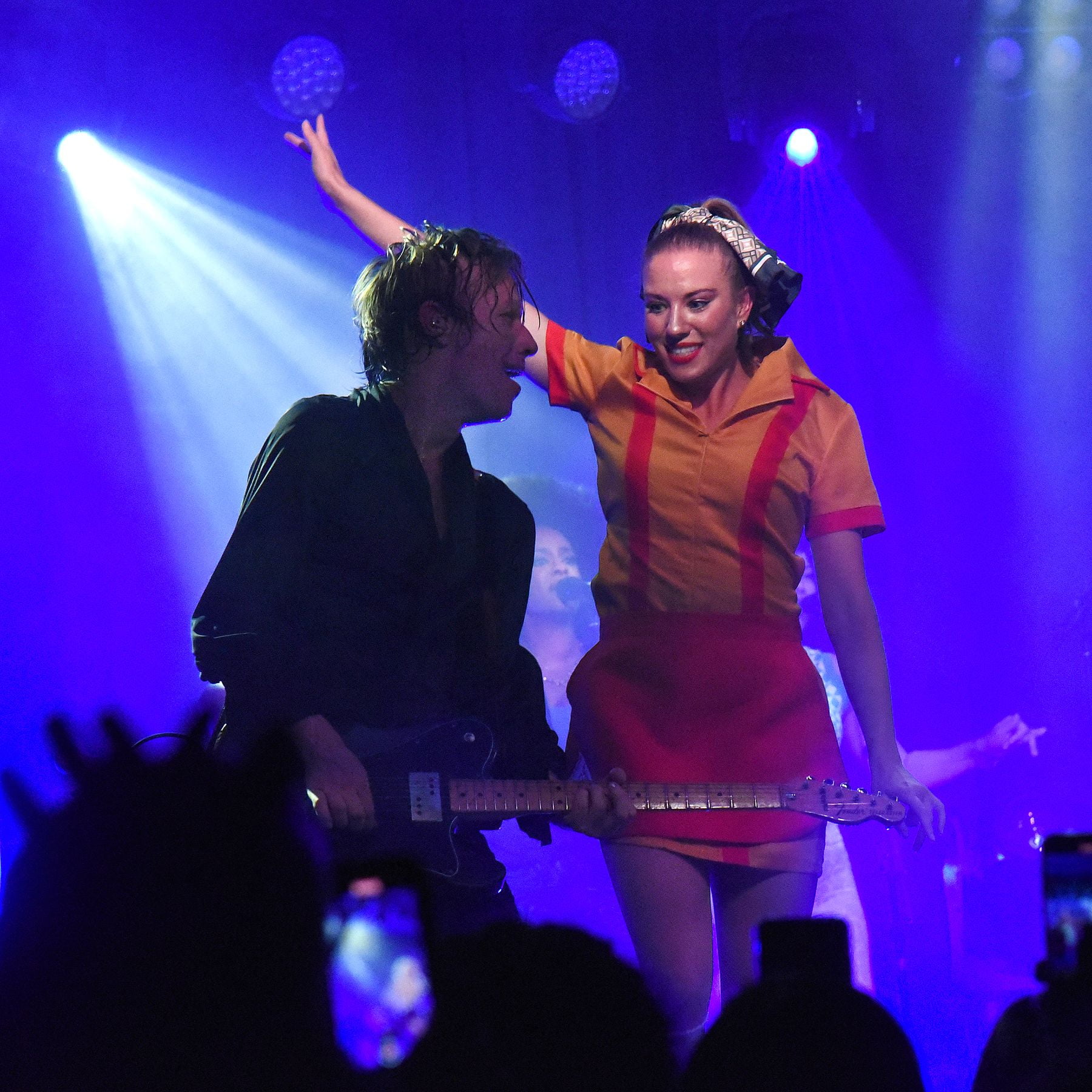 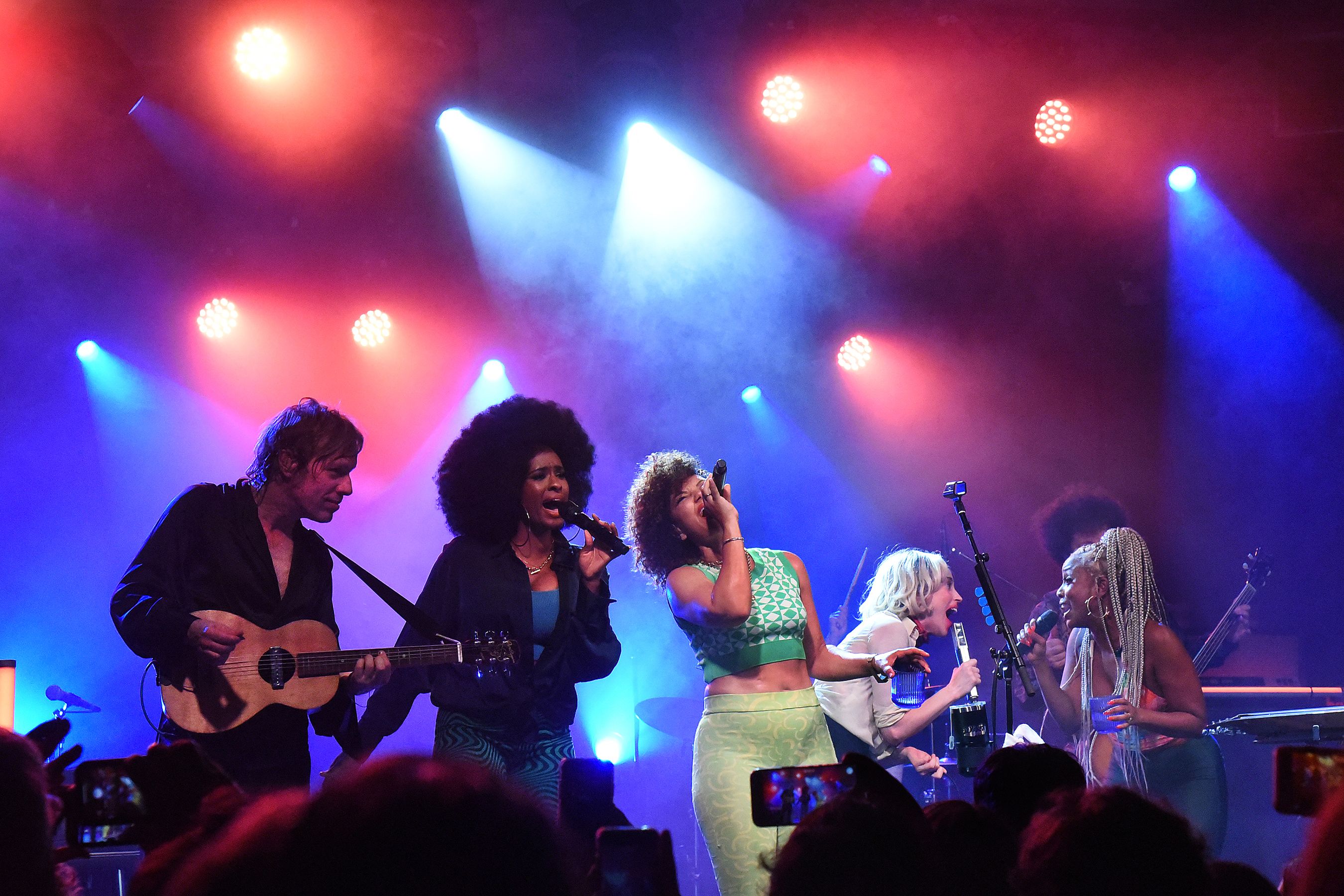 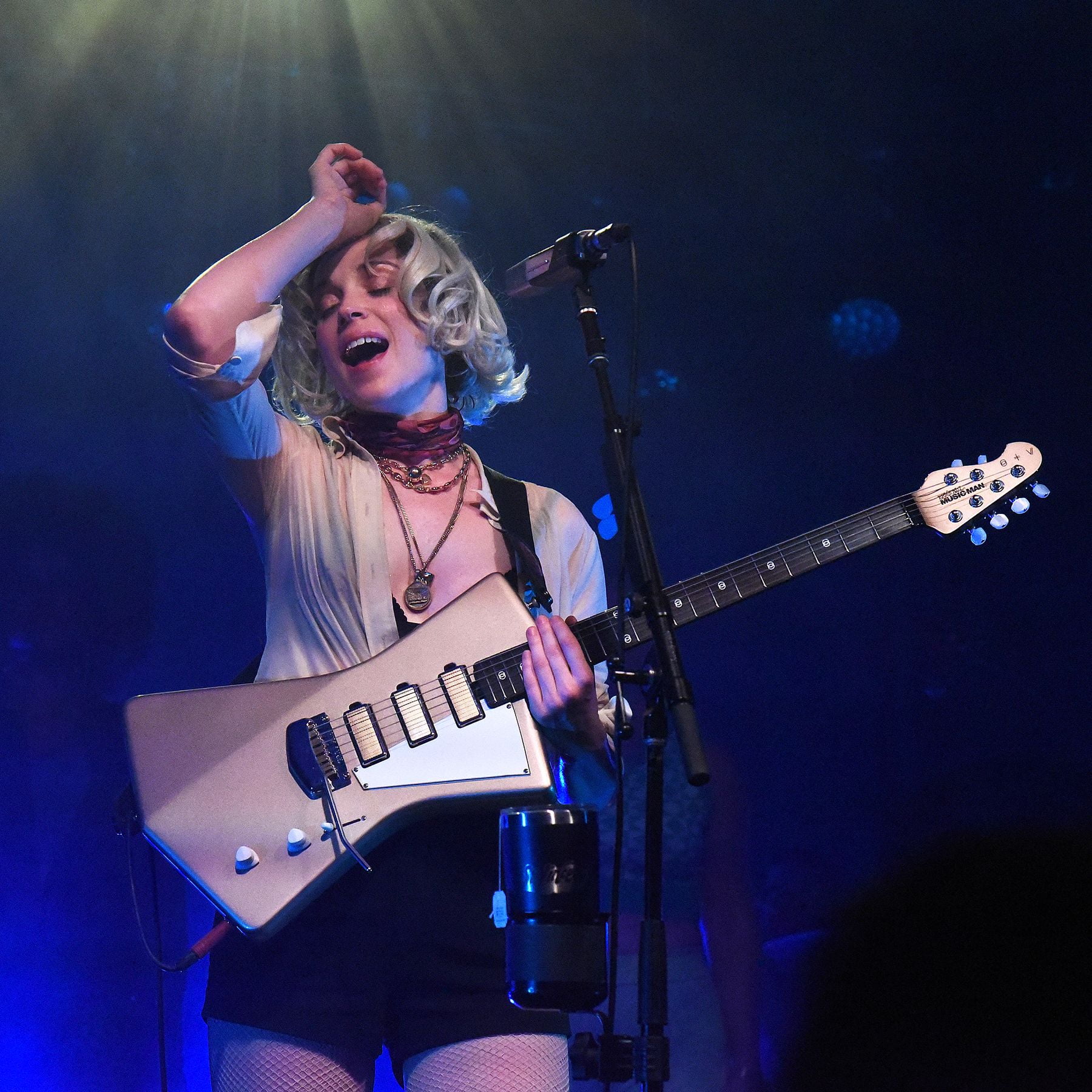 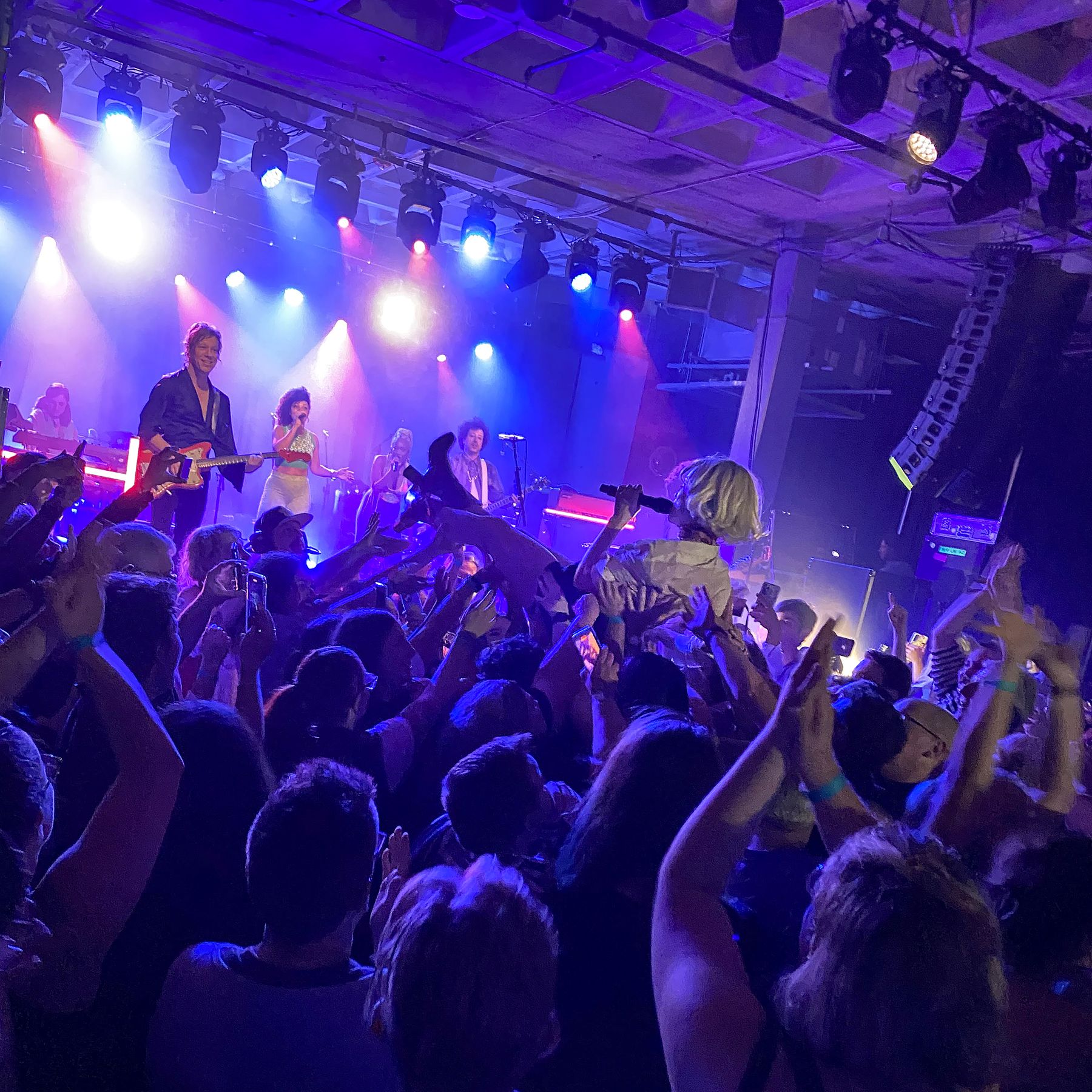 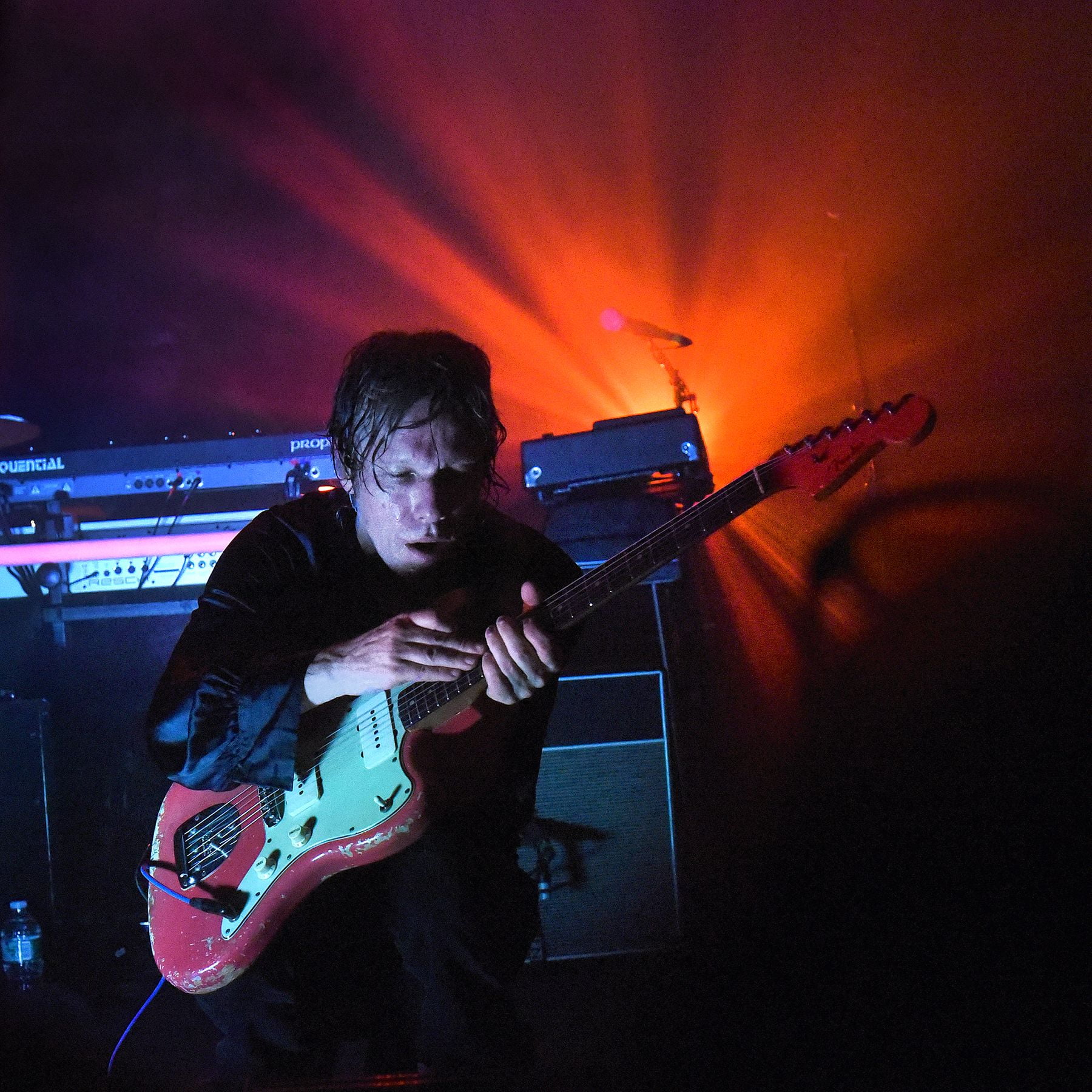 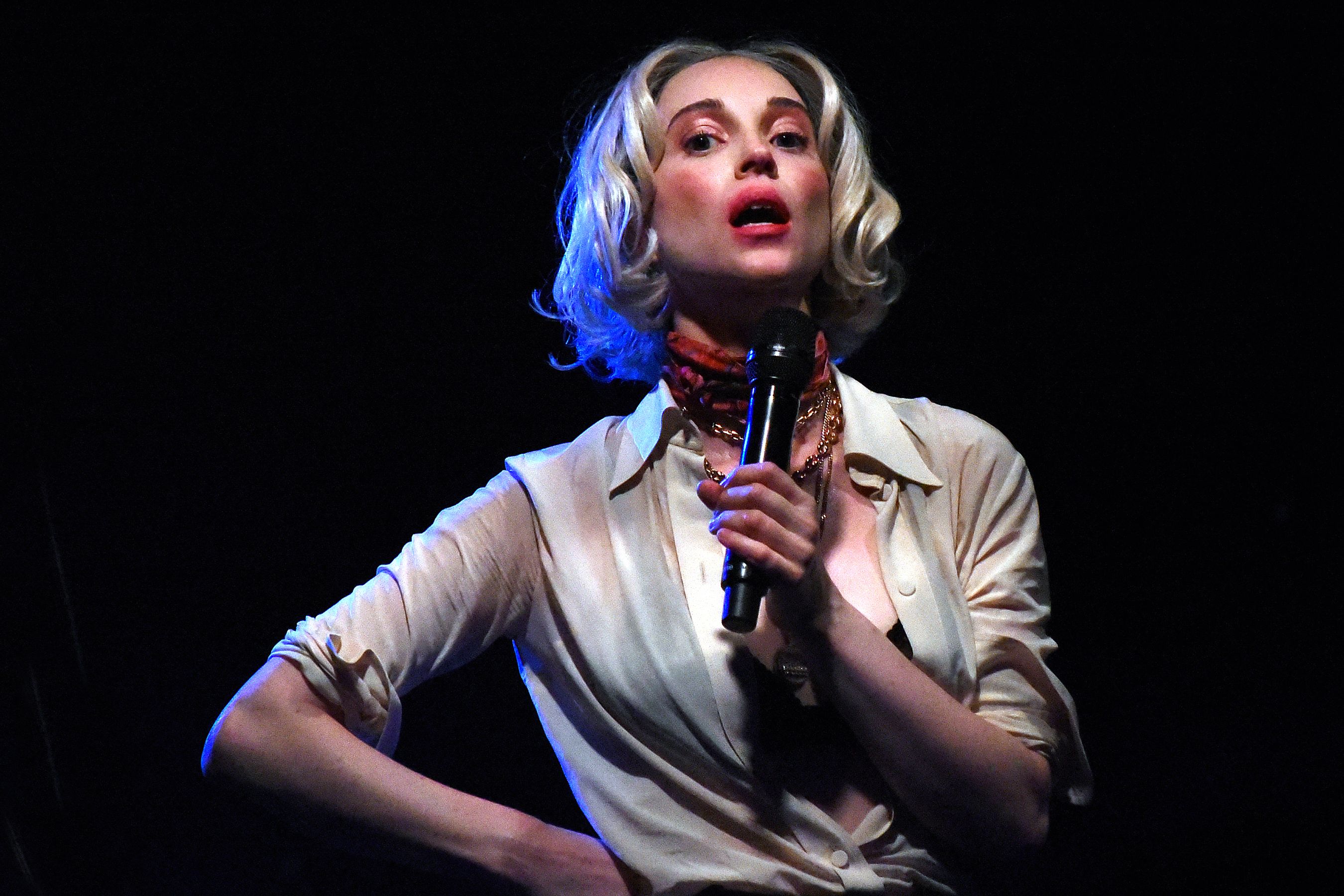 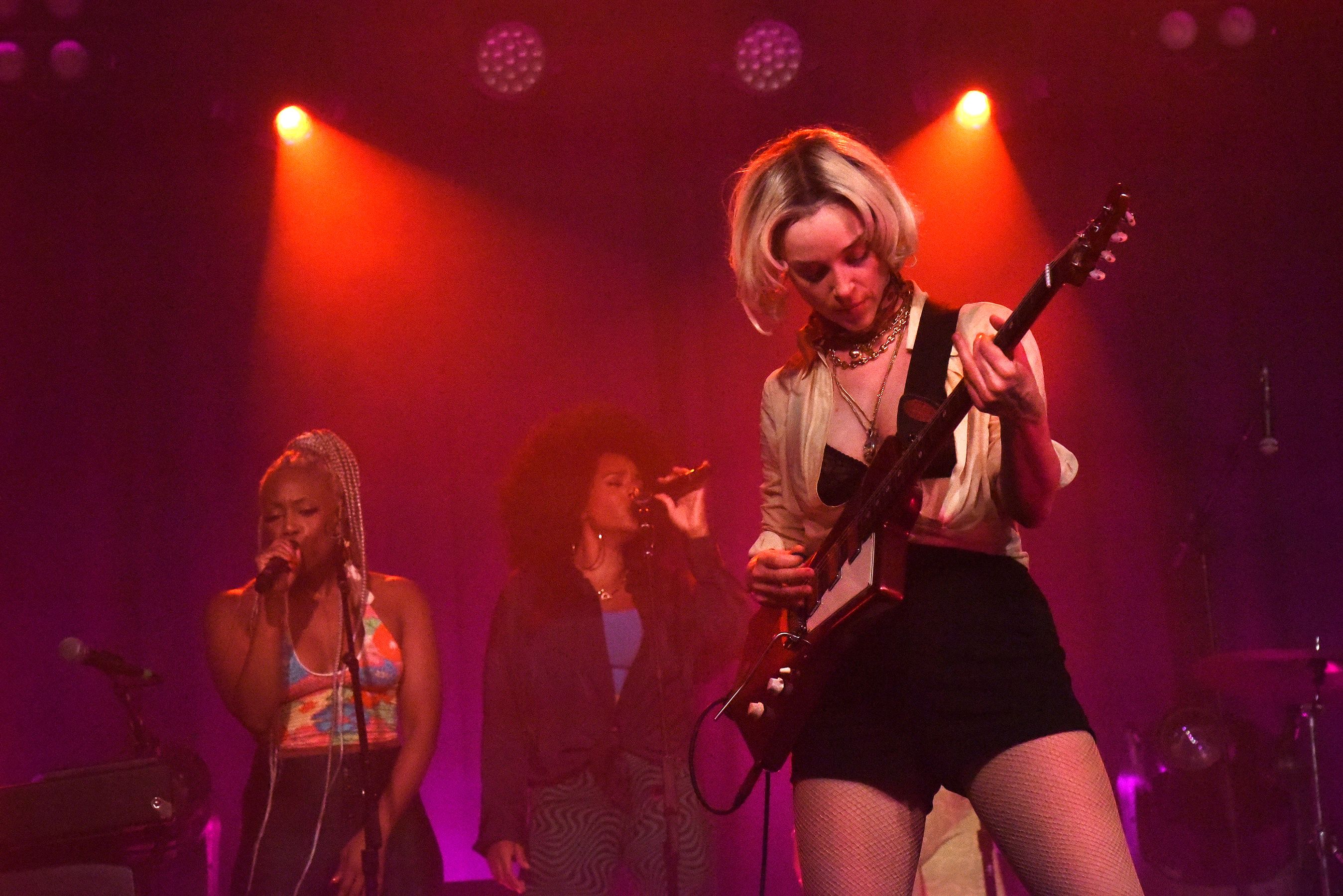 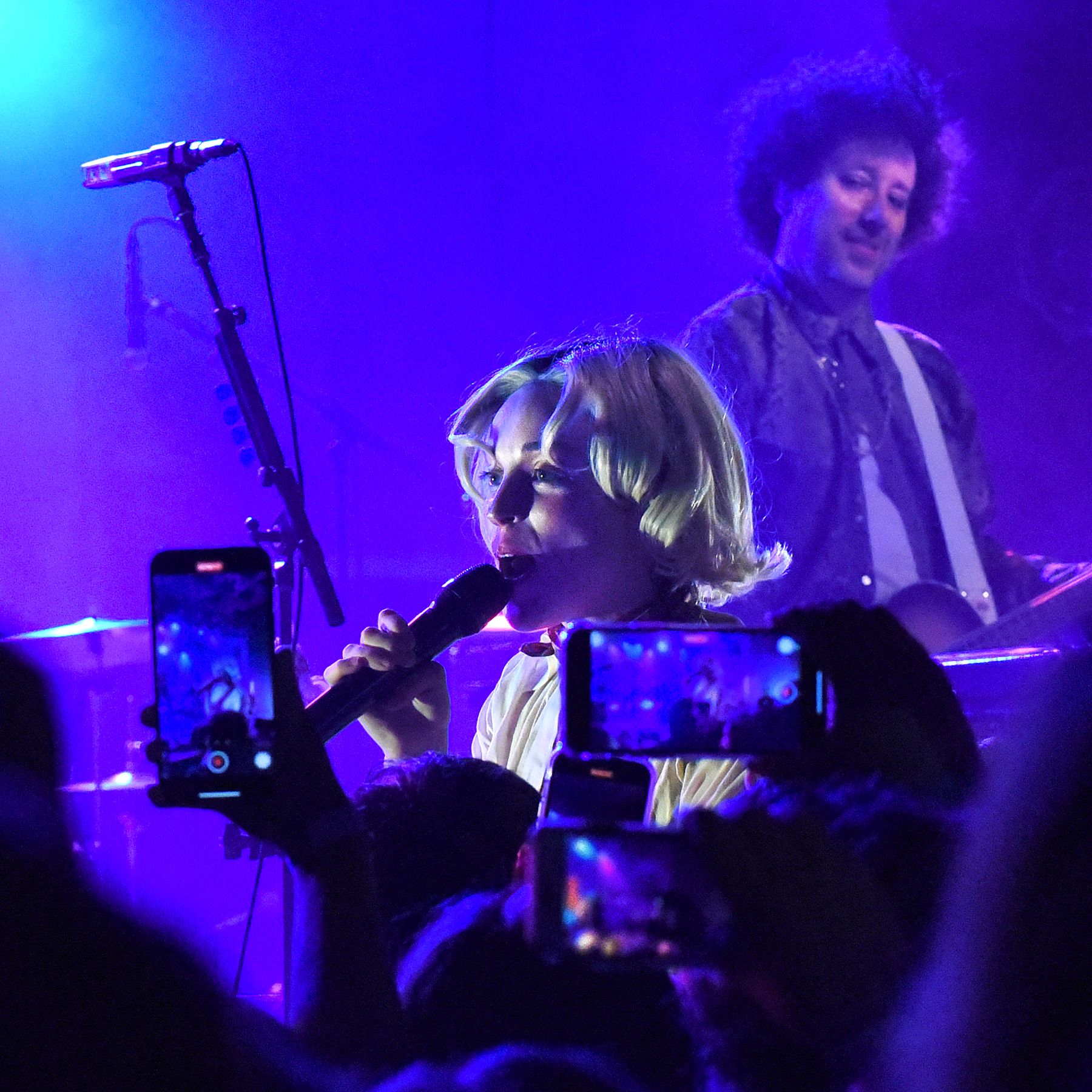 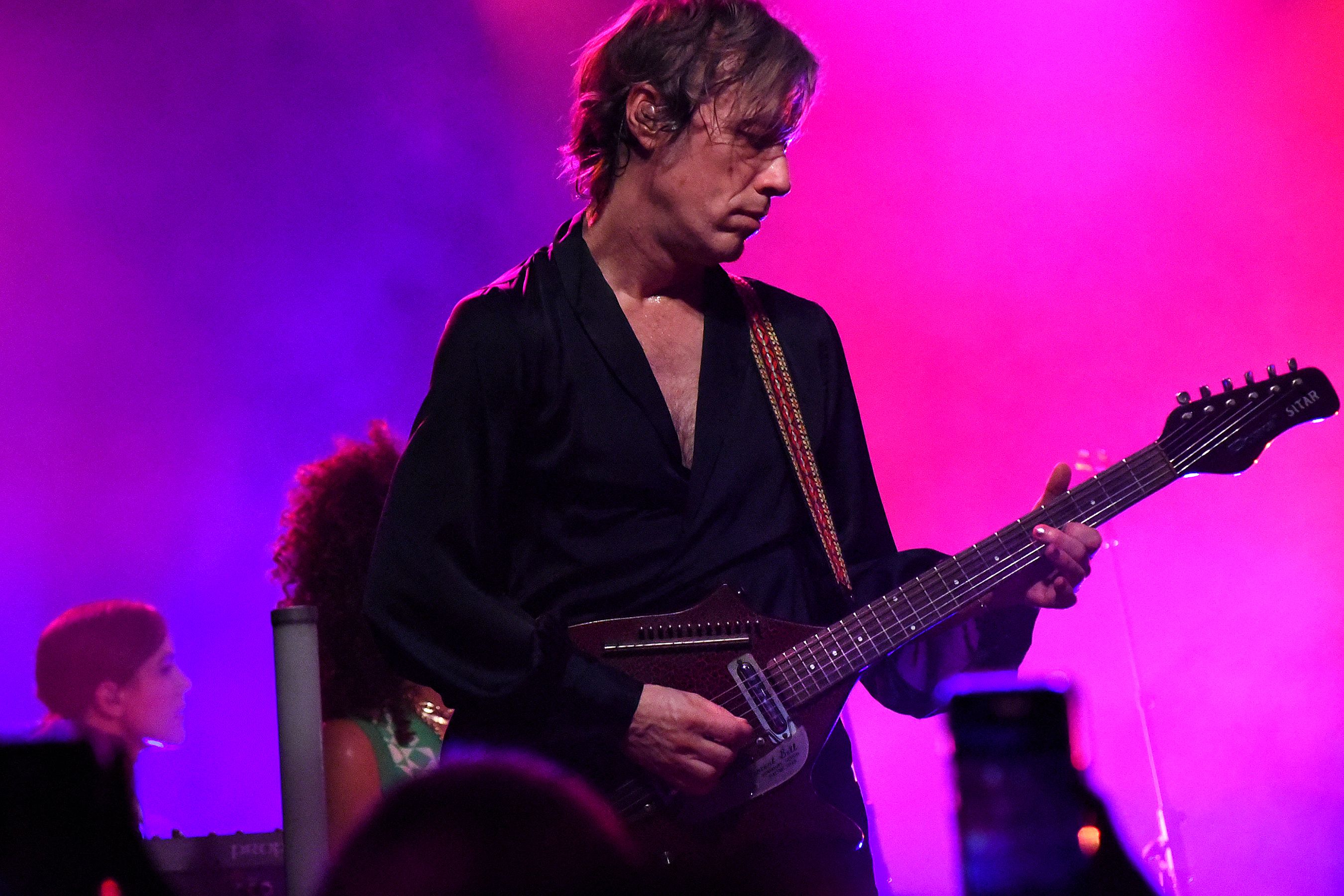 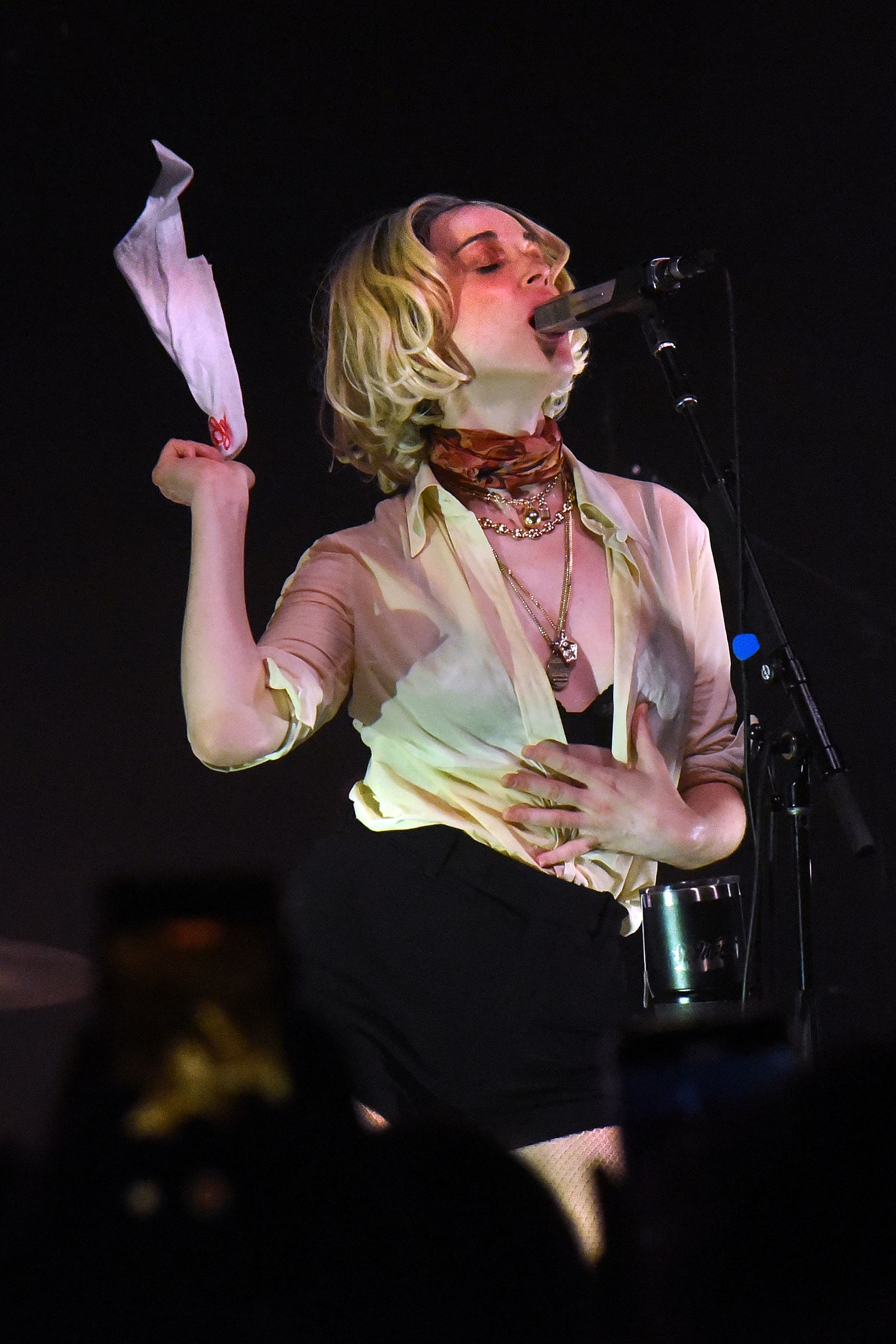 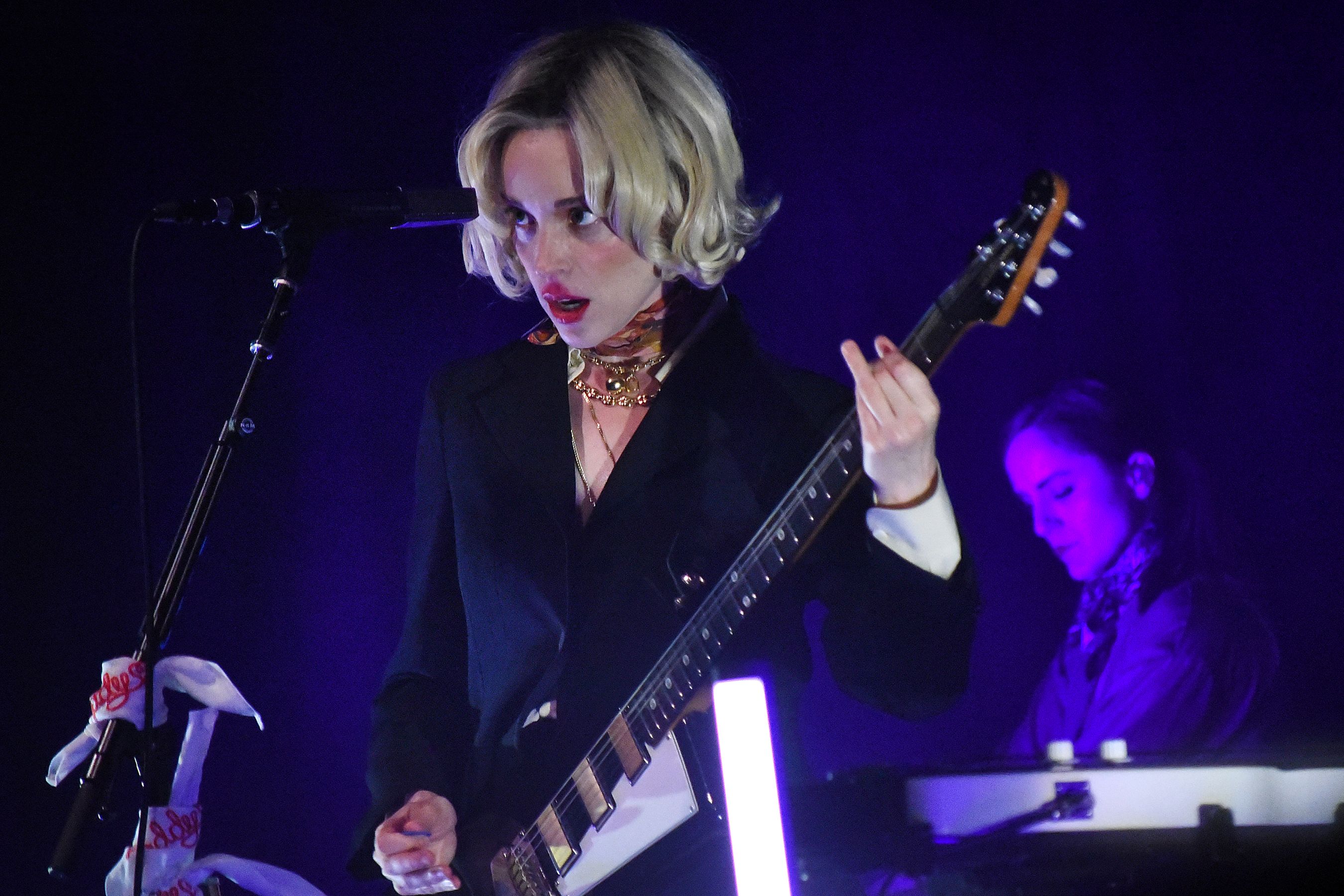 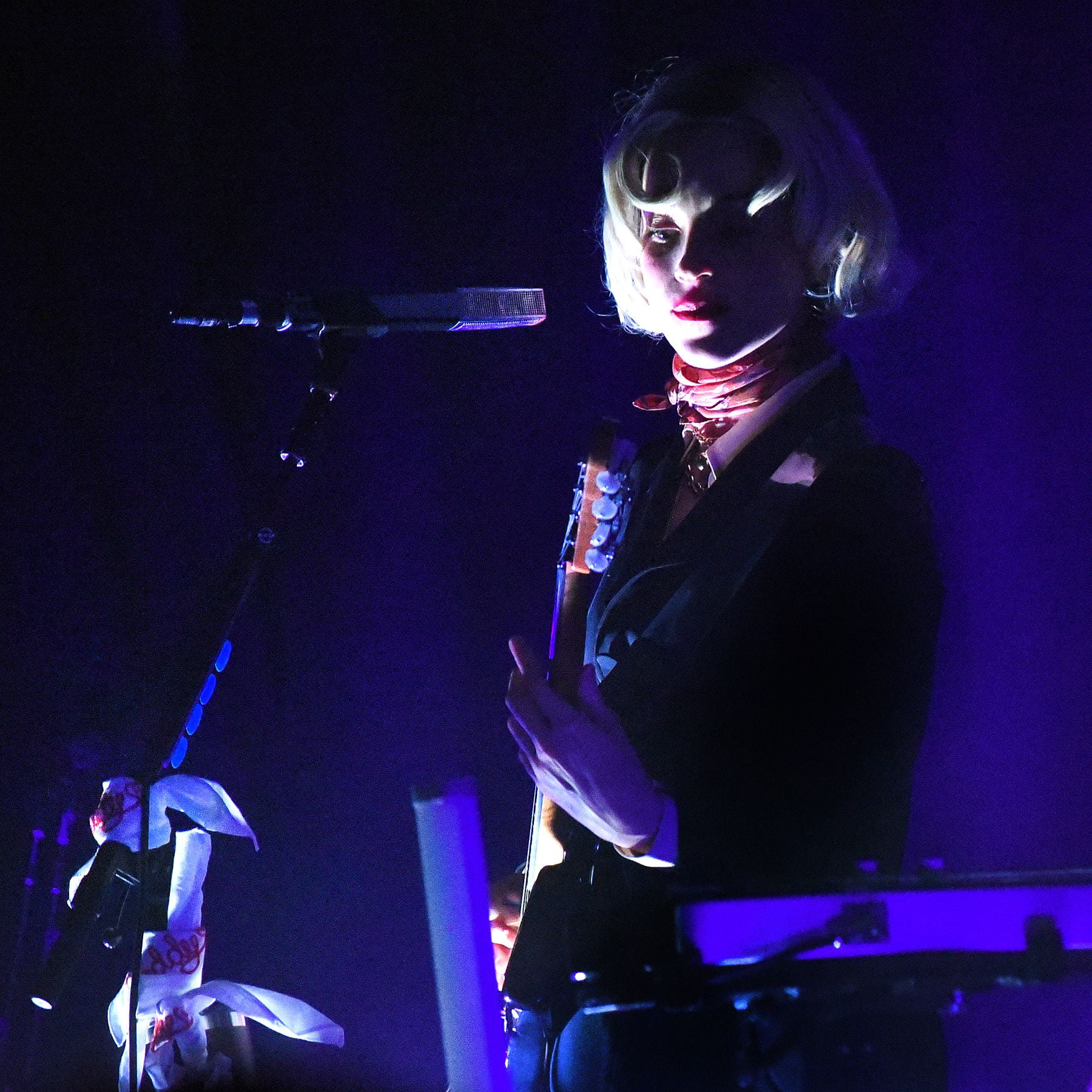 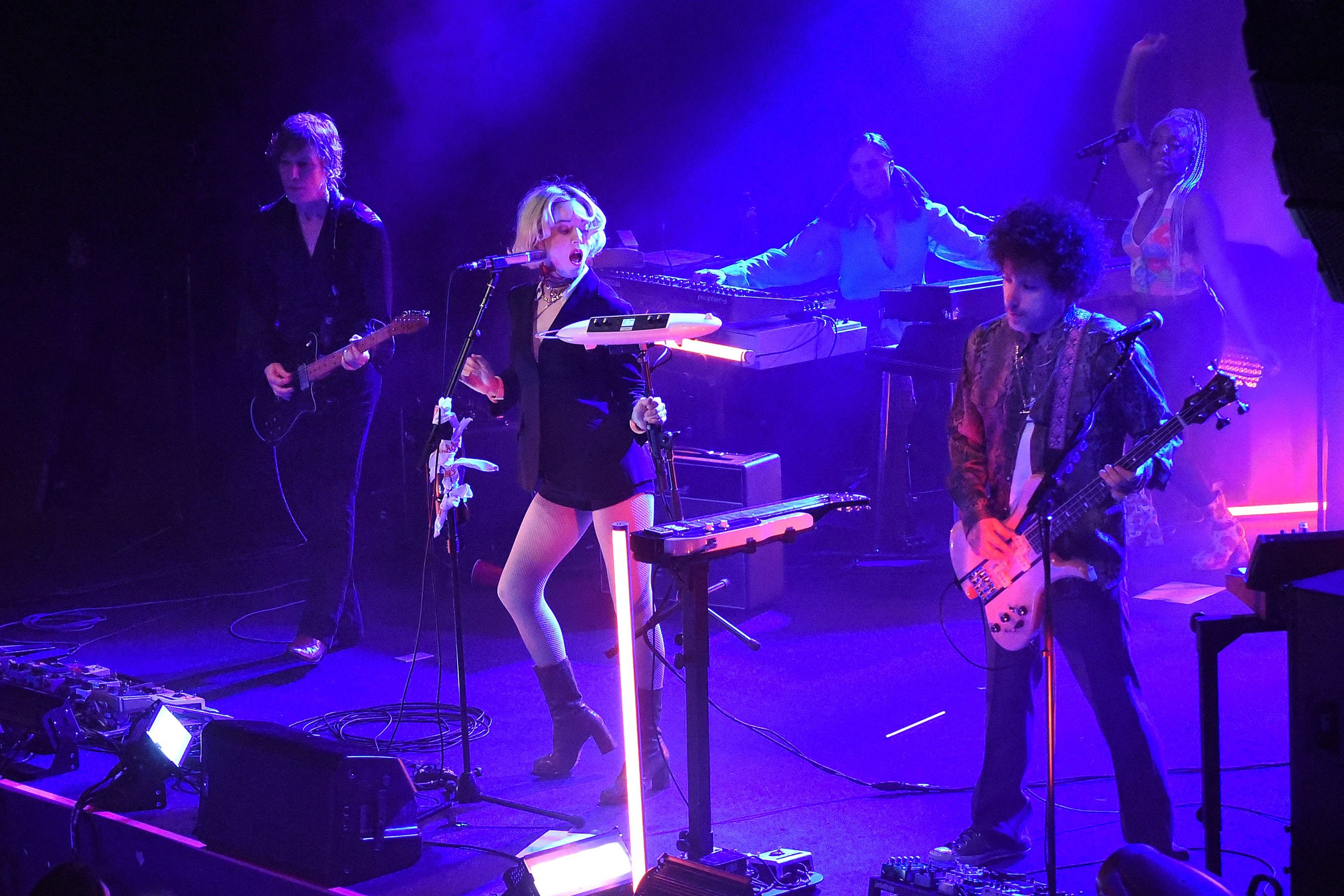 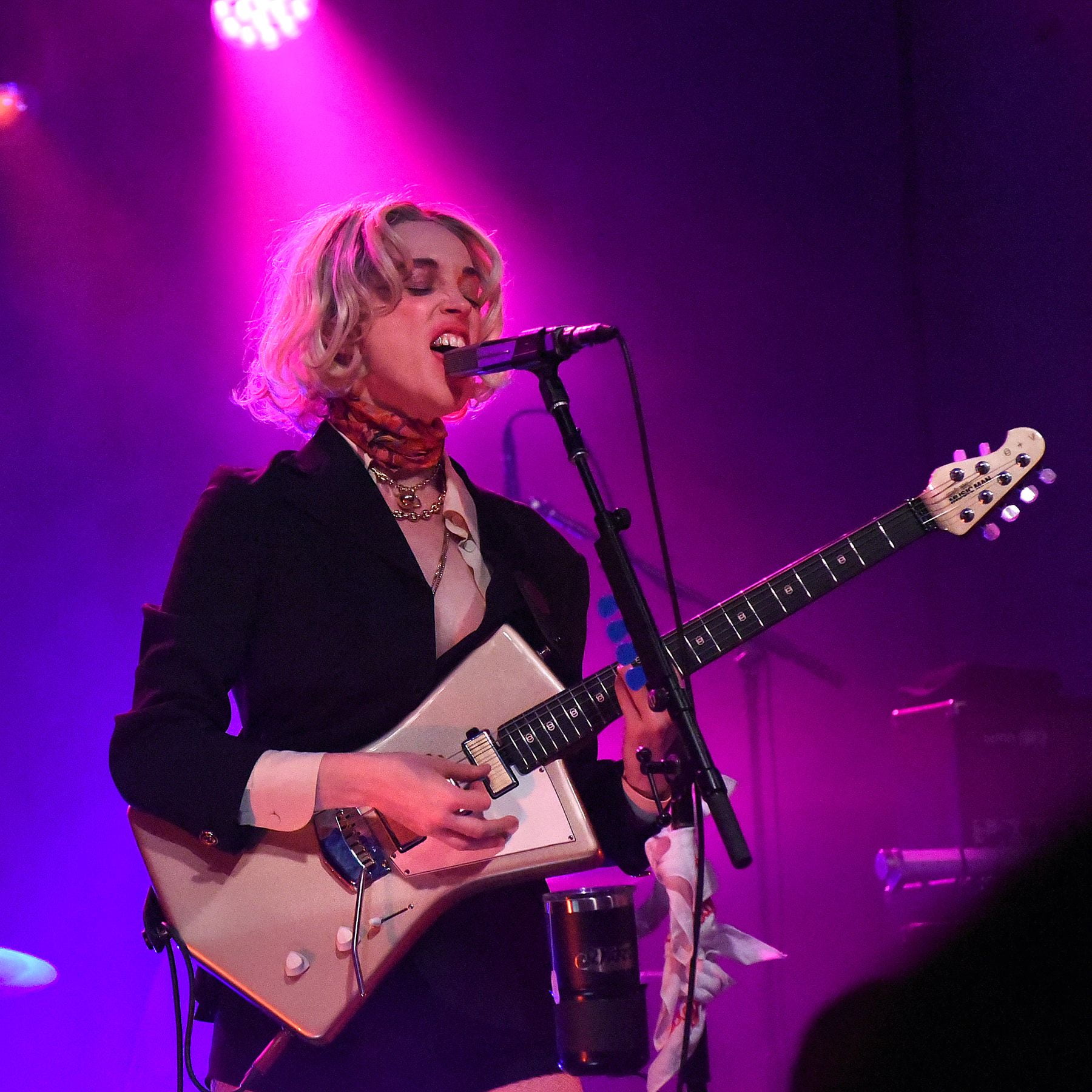 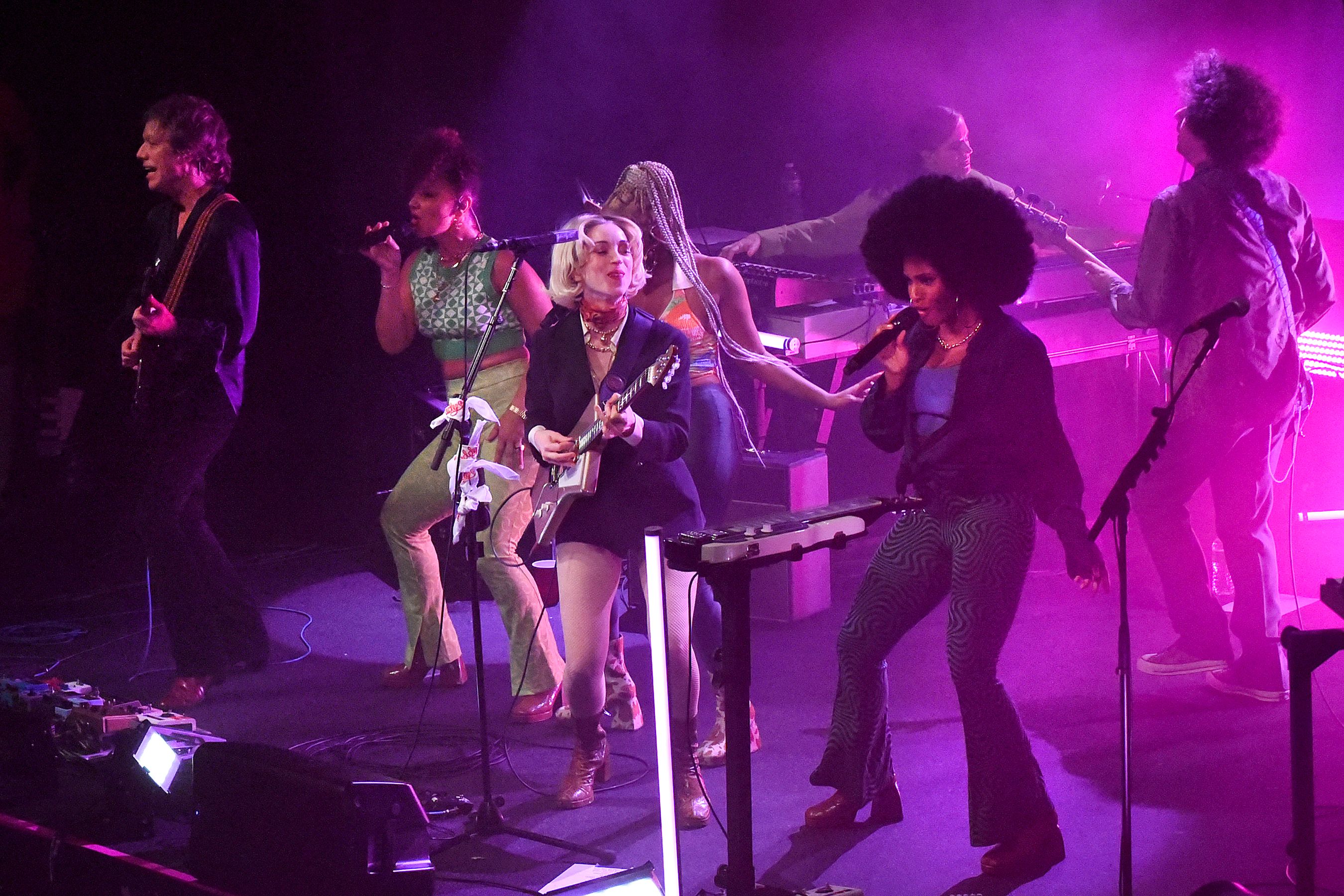 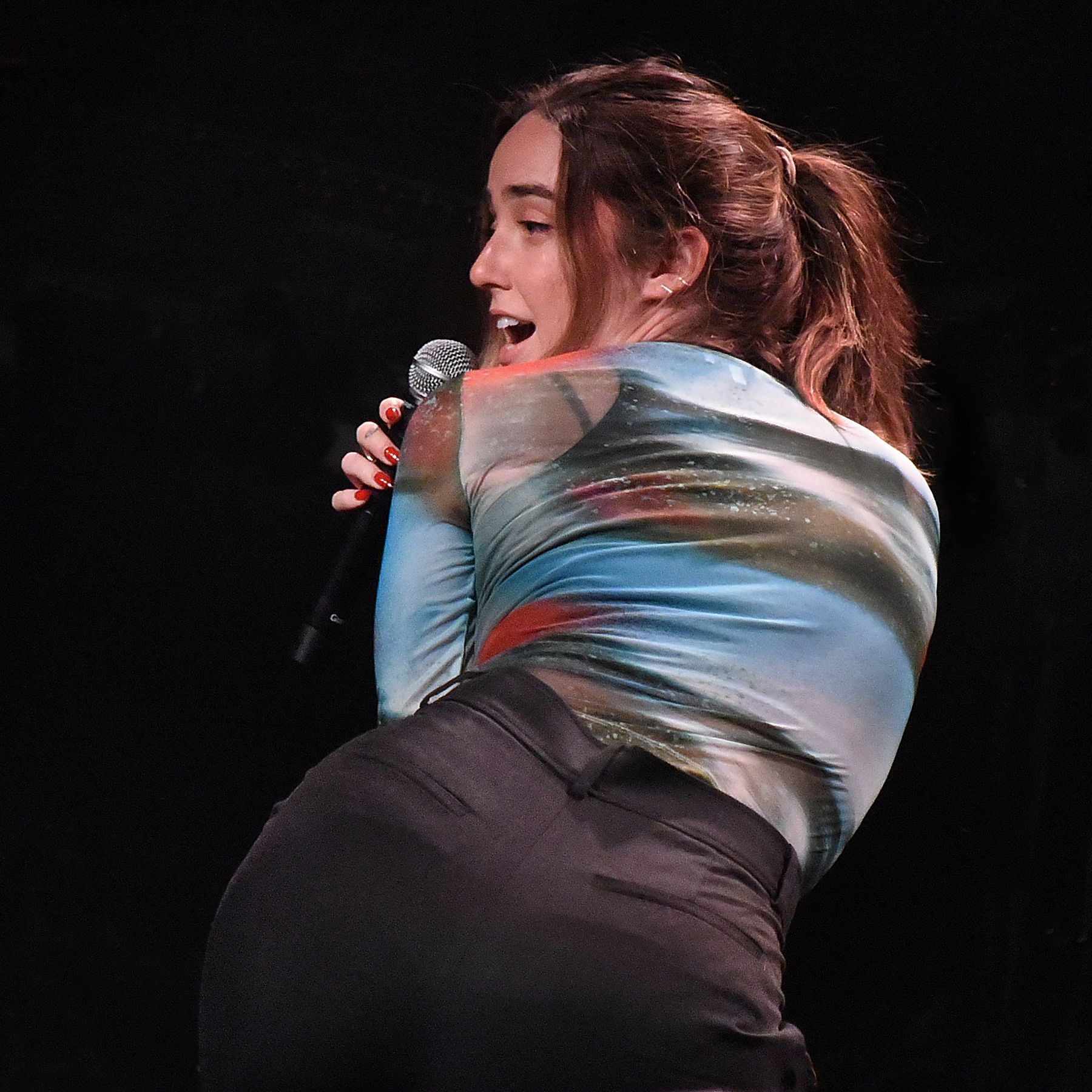 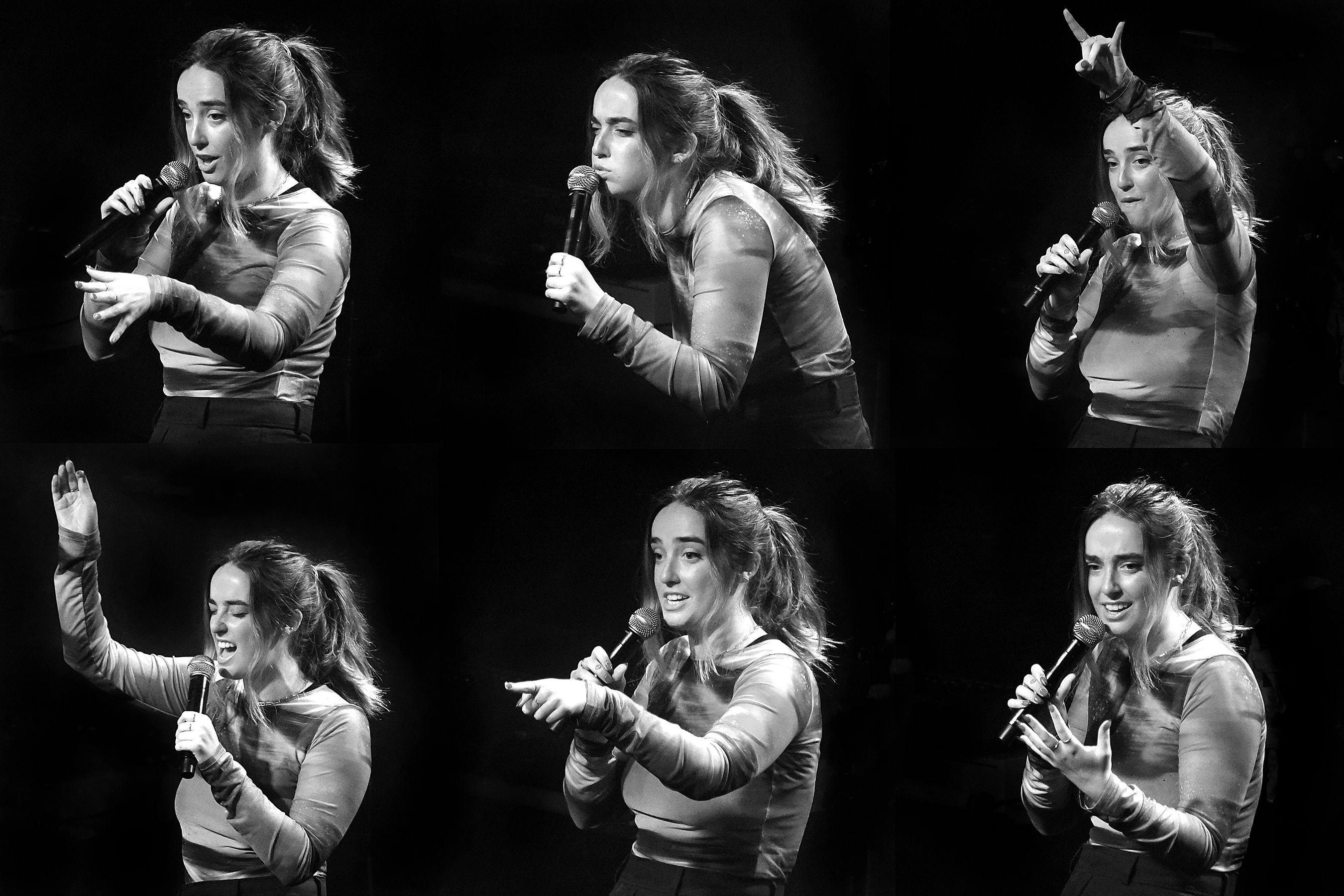 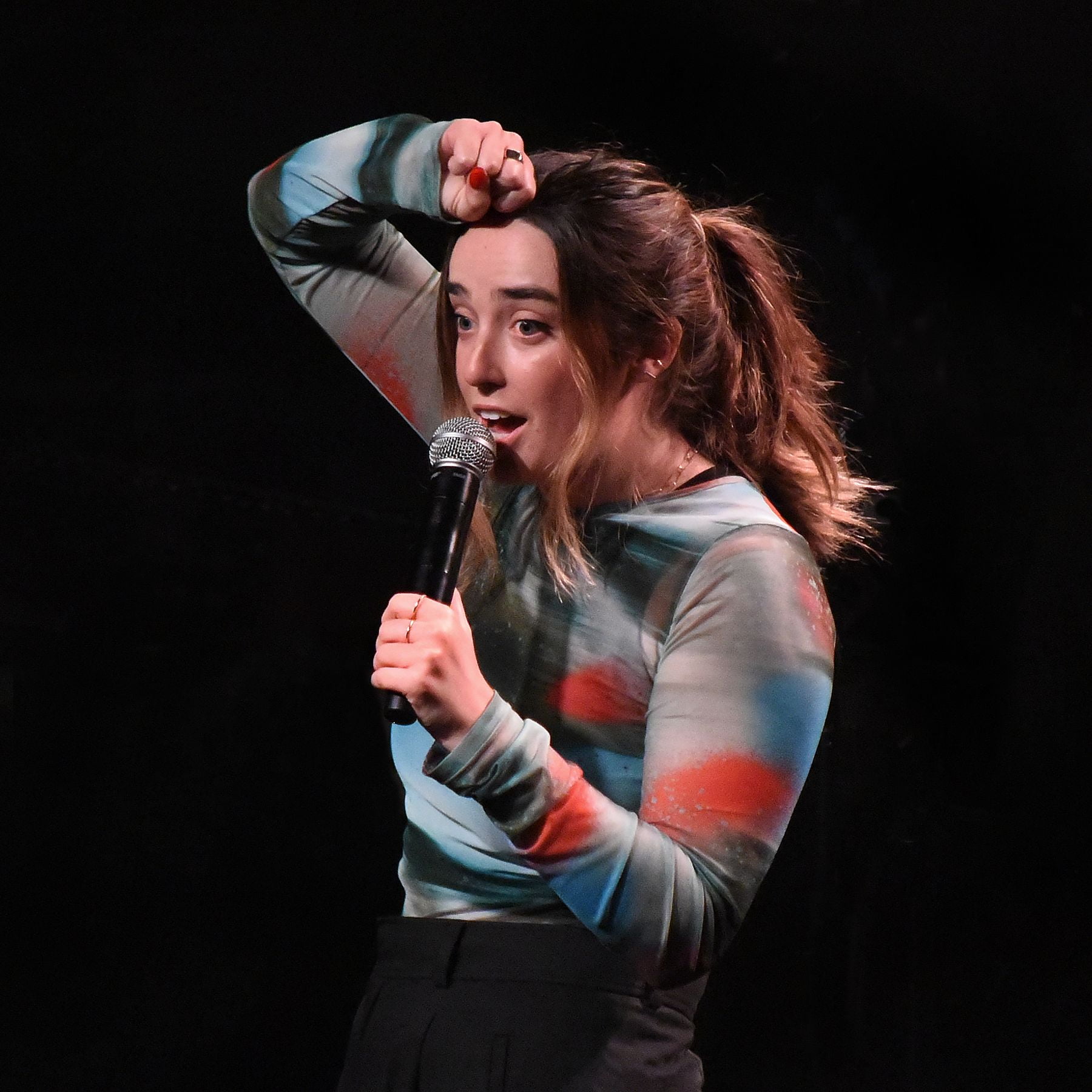