SARATOGA SPRINGS – Eddies Hall of Famer Michael Eck has had many roles in the music industry. He started 40 years ago as a member of a punk rock band. This progressed to becoming a leading music critic, art critic, guitar manufacturer representative, and member of several area bands including the Ramblin Jug Stompers and the Lost Radio Rounders. During this entire time, he never stopped writing songs or striving to become a scholar of songwriting. During and since the pandemic, he has authored over 150 songs, and has continued to expand his skills through Zoom songwriting workshops and challenges. This celebration of 40 years of making music was focused on his gifts and creative process as a singer-songwriter.

After briefly acknowledging his punk rock past by playing the opening riff from the Clash’s “Should I Stay Or Should I Go”, Mike sampled his large catalog of songs, dating from 1994 to the present day. Some songs were performed in public for the first time or were unrecorded.

“Your Turn To Shine “ is the title song from Mike’s most recent release (Mandala Hand records mh2201). The song was written about, and dedicated to, the late 518 playwright, composer, and musician Josh Chambers, who died in 2021 at the age of 45. Interestingly enough, Mike’s approach to writing songs was similar to Josh’s. Josh believed in composing songs in 90 minutes or less. Mike composes songs rapidly also, explaining that his other endeavors generally have deadlines.

“Too Much” mentioned the dilemma of having too much sad emotion.

“Singing through the Darkness” and “One of the Old Songs” are both tributes to those loved ones that have passed. The former is a tribute, the latter is a celebration.

Mike‘s performance was augmented for a song by his twin children, daughter Lillyrose on violin, and son Lakota on guitar.  (Lakota played an acoustic guitar that was once owned by Frank Zappa).

Thank you Mike, for taking us on a journey of your creativity, and sharing your process. 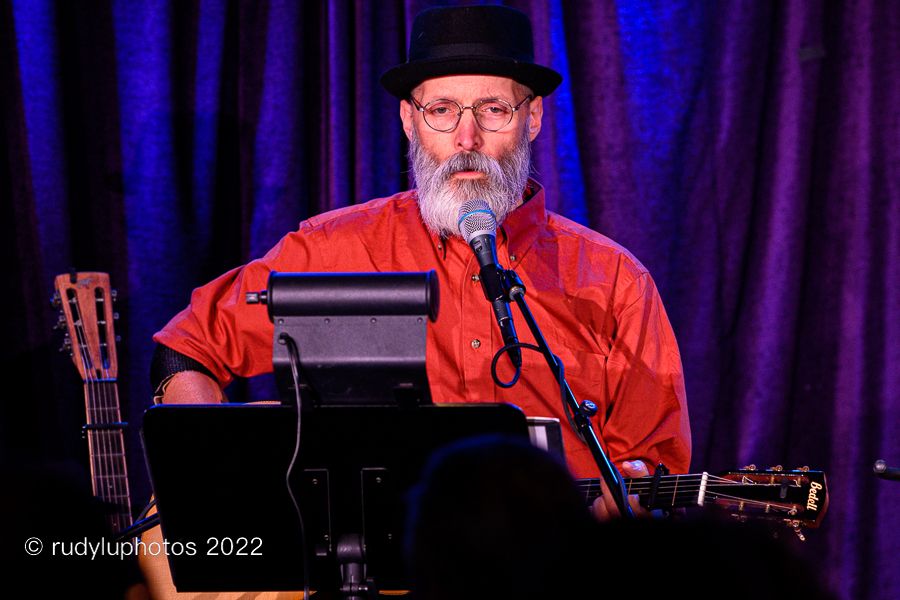 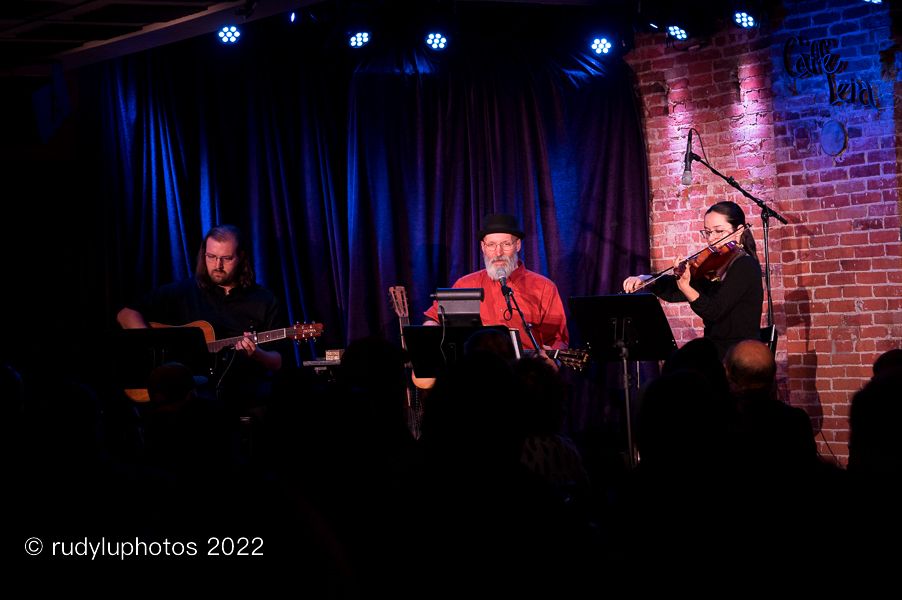 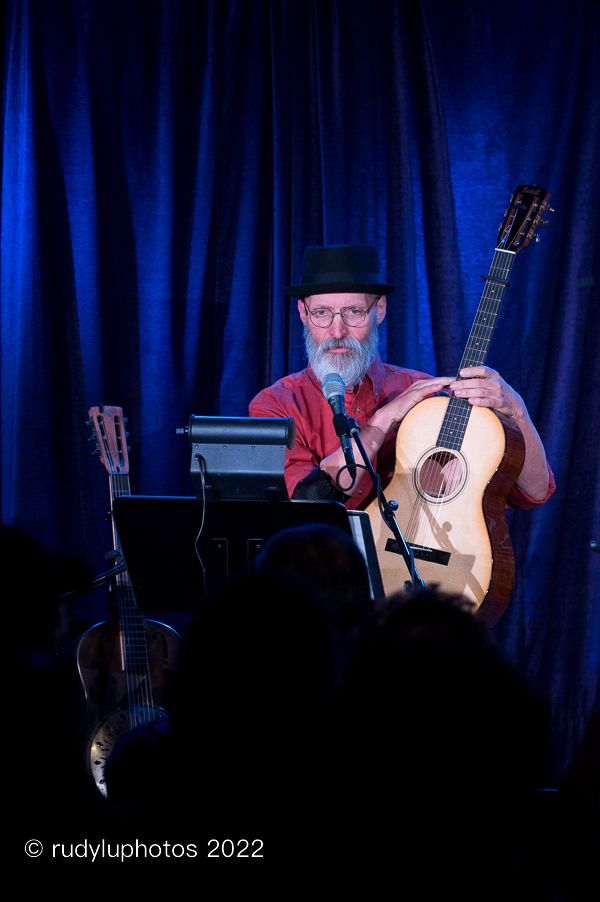 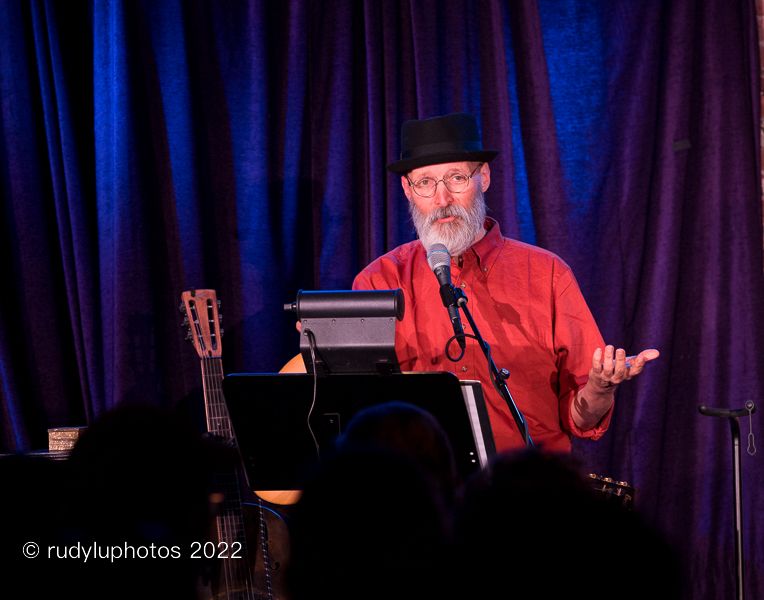 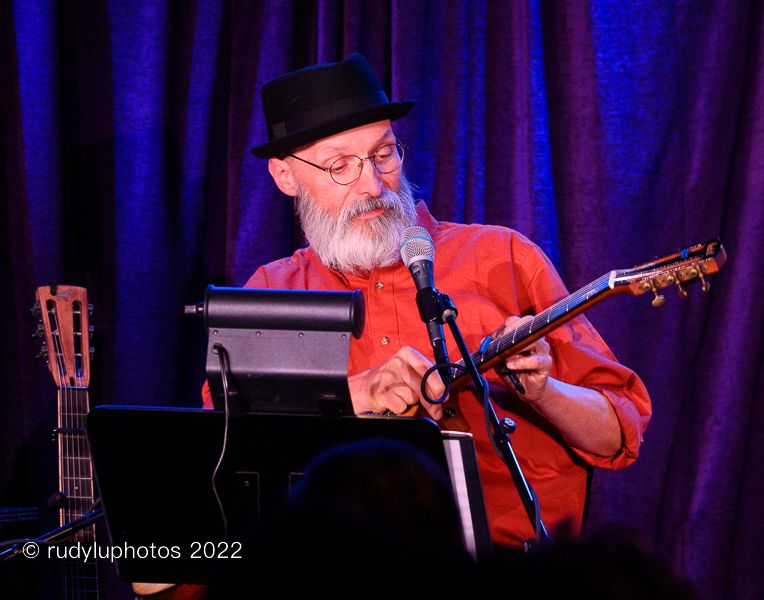