ALBANY – I hadn’t seen Yo La Tengo in 35 years. While time has faded some of the specifics of that winter night at the QE2, I still feel the impact that show had on me.  And I still wish I had that copy of “Ride the Tiger” that it motivated me to run out to the Music Shack and buy.

That’s dangerous territory for me.  My experiences with seeing legendary up-and-comers decades later, hoping to recapture that lightning-in-a-bottle feeling, are usually more disappointing than not.  Bob Mould put on a good, but not great, show at this same venue this spring.  Driving out to Northampton to see the Pixies “tour preview” in 2014 only made their incredible performance at the Chance seem even further away.  And so on.  Experiences like these make me question; “Did the artist get worse?” “Did my tastes just change?” “Was that show I remember really as good as I remember it?”

So it was with a lot of anticipation, and a little trepidation that I headed out to a sold-out Lark Hall on a Monday night to see legendary Hoboken indie rockers Yo La Tengo, to see what they’ve been up to these past 35 years.

The trio (with “newest member” – since 1992 – James McNew in tow) took the stage a little after 8:00 and, somewhat surprisingly to me, immediately felt familiar.  No cheesy rock antics, no drama, just straight to their instruments, and straight to the music.  They started out strong with a mesmerizing instrumental number, “You Are Here”, the leadoff track from their last proper album, 2018’s There’s a Riot Going On. McNew kicked things off with some noise from the synth, before moving over to join Georgia Hubley on drums. It was a spellbinding start to the first set.

Spellbinding, but quiet.  The almost whispered “Forever”, with its “shoo-wops”, and oldest-song-of-the-night “Alyda” both sounded hypnotic and the sound was crisp and clean.  The trio (Ira Kaplan is the final member) changed instruments regularly, displaying impressive versatility, along with great musicianship and feel.  But still…very quiet.

A few more songs in the same vein.  At times the music invoked a little of the Grateful Dead to my ears.  But you know, very mellow Dead.  “I Feel Like Going Home”, sung by Hubley, was a beautiful first set highlight. But after this, the crowd was noticeably restless for the final two songs of the set.  Some left, either for a fresh air break or permanently, missing the closing feedback extravaganza to close out this otherwise (too?) peaceful set.

It was good, but I was restless.  Something was missing.

To anybody who left during or after that first set, well, I’m afraid you blew it.

The second set (clearly by design) was the exact opposite of the first one. A loud, energetic, impossibly-exciting, feedback-heavy showcase for guitarist Ira Kaplan.  “Before We Run” set the bar high, easily topping anything in the first set.  “Nothing to Hide” kept that energy level up, only to be surpassed by a version of “Stockholm Syndrome” that had Kaplan going absolutely bananas on the guitar.  In 2012, Spin Magazine voted Kaplan as the 97th best guitarist of all time.  After the display he put on last night, that ranking feels honestly (and considerably) too low.  He’s also an absolute monster with effects pedals, as demonstrated by “Crispy Duck” (and for much of the set).

The most minor of breathers was afforded the crowd with the more restrained “For You Too” and “Shades of Blue”.  And for good reason, because from here on out, it went through the roof and stayed there.  “Shaker” was positively apocalyptic with its chanted lyrics “Come On Down / Nothing to Do”.  Think Big Black’s “Kerosene” for a sense of the intensity level.  The sweeping “We’re an American Band” lulled you into a false feeling of safety before an absolutely ape-shit Kaplan closed out the song in Hendrix-like fashion. The crowd was (correctly) transfixed, erupting in cheers multiple times mid-song, unable to wait until the breaks to show appreciation.

The trio launched into “Sugarcube”, impeccably tight and propulsive.  Quintessential Yo La Tengo, it was alternative, guitar-driven nastiness and beauty at the same time.  Finally, to close the set, McNew’s bass kicked off what would be an absolutely epic version of “Pass the Hatchet, I Think I’m Goodkind”.  All the hypnotic, repeated lines and rhythms of the first set, but with the excitement and guitar-driven pyrotechnics of the second set.  It kept going and going, and nobody wanted it to end.  Finally, after playing feedback in front of his amp for a couple of minutes, Kaplan switched guitars once more and closed it out.  An incredible song, and a blistering set.

I recognized what I was feeling.  I felt the same way I remembered feeling that night back at the QE2 all those years ago.  Yo La Tengo was just as good, probably better, than they were then.  Just as exciting, just as innovative.  Now that’s magic.

There was, of course, an encore.  It couldn’t possibly top the second set, nor did it try to.  Instead, they brought on regional musician Bruce Bennett to join them in digging up a cover of “Lucy Baines”, by the American Four (which incidentally included members of Love, before Love was formed). Good, rowdy fun.  Finally, they closed out the night with Hubley singing a quiet version of “Satellite”, followed by the VU cover “I Found a Reason”.  A nice controlled descent from the heart attack that was the second set. 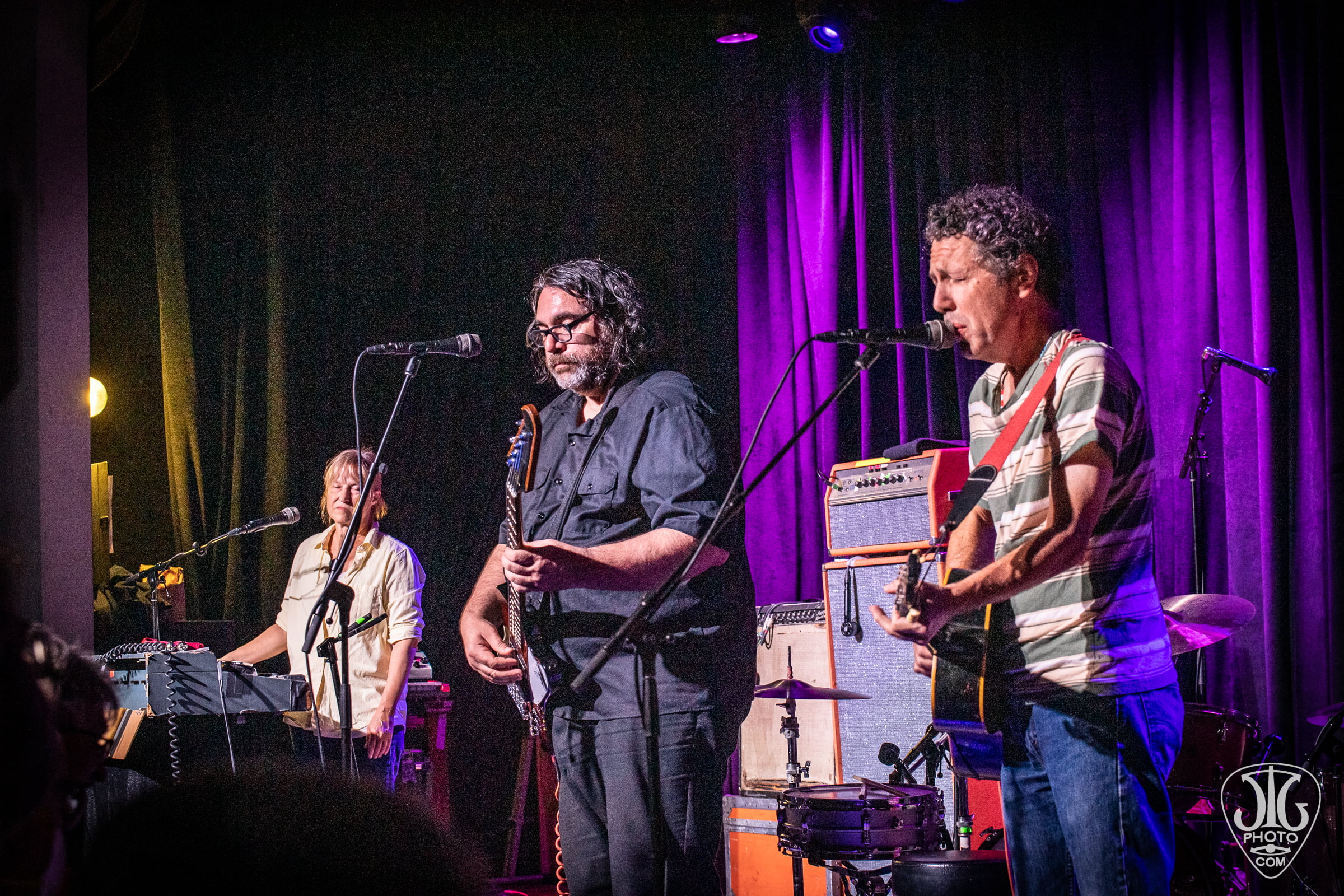 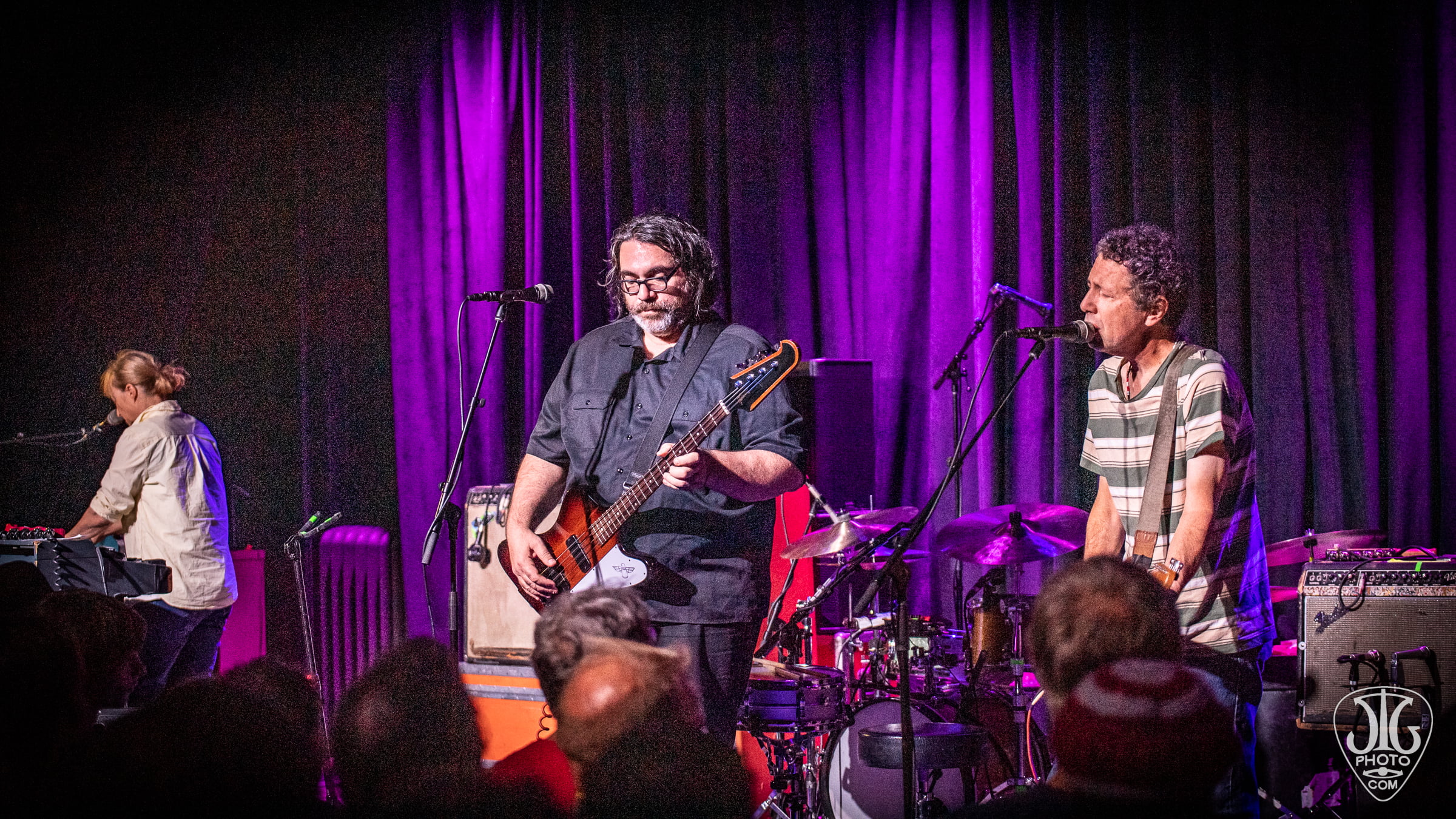 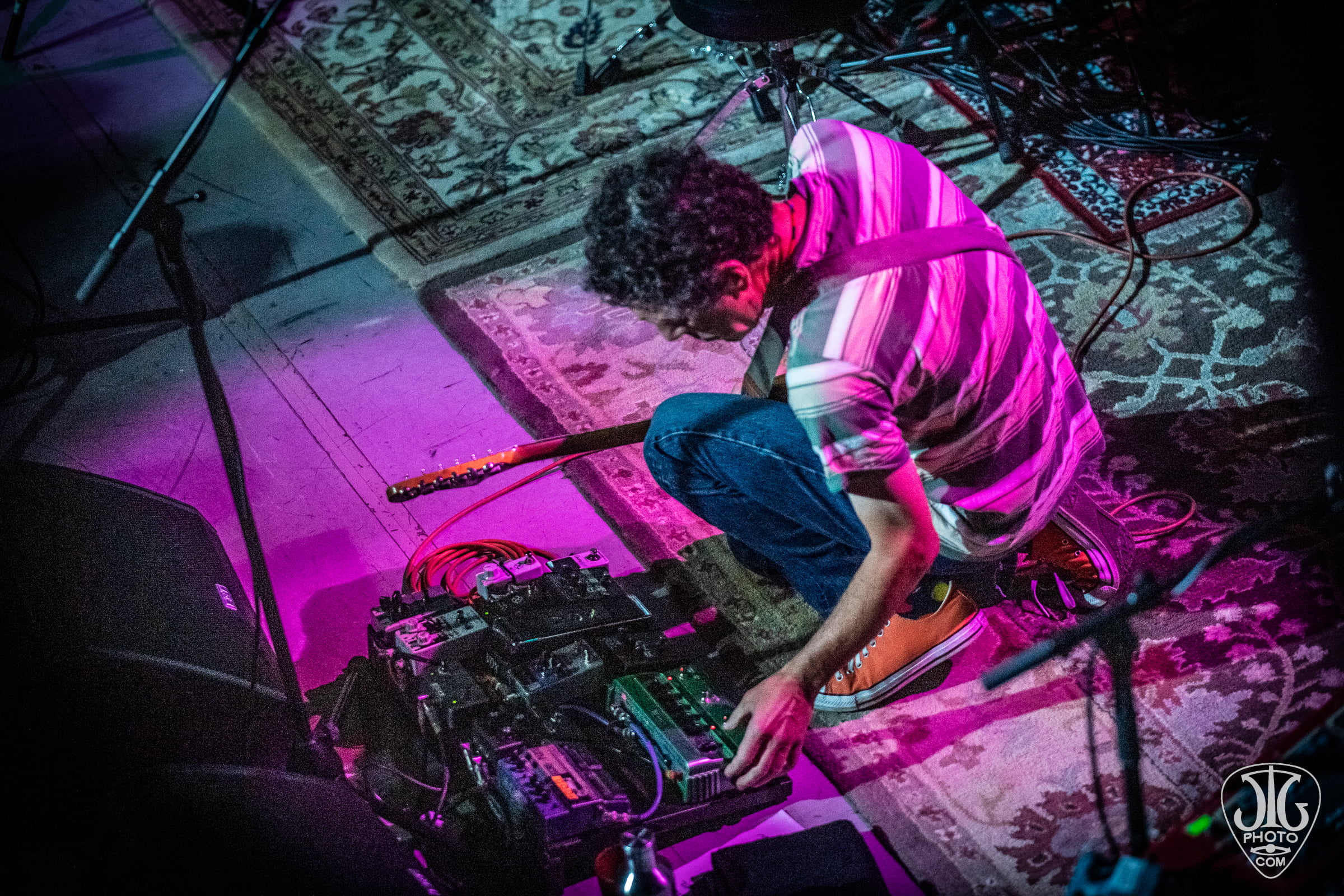 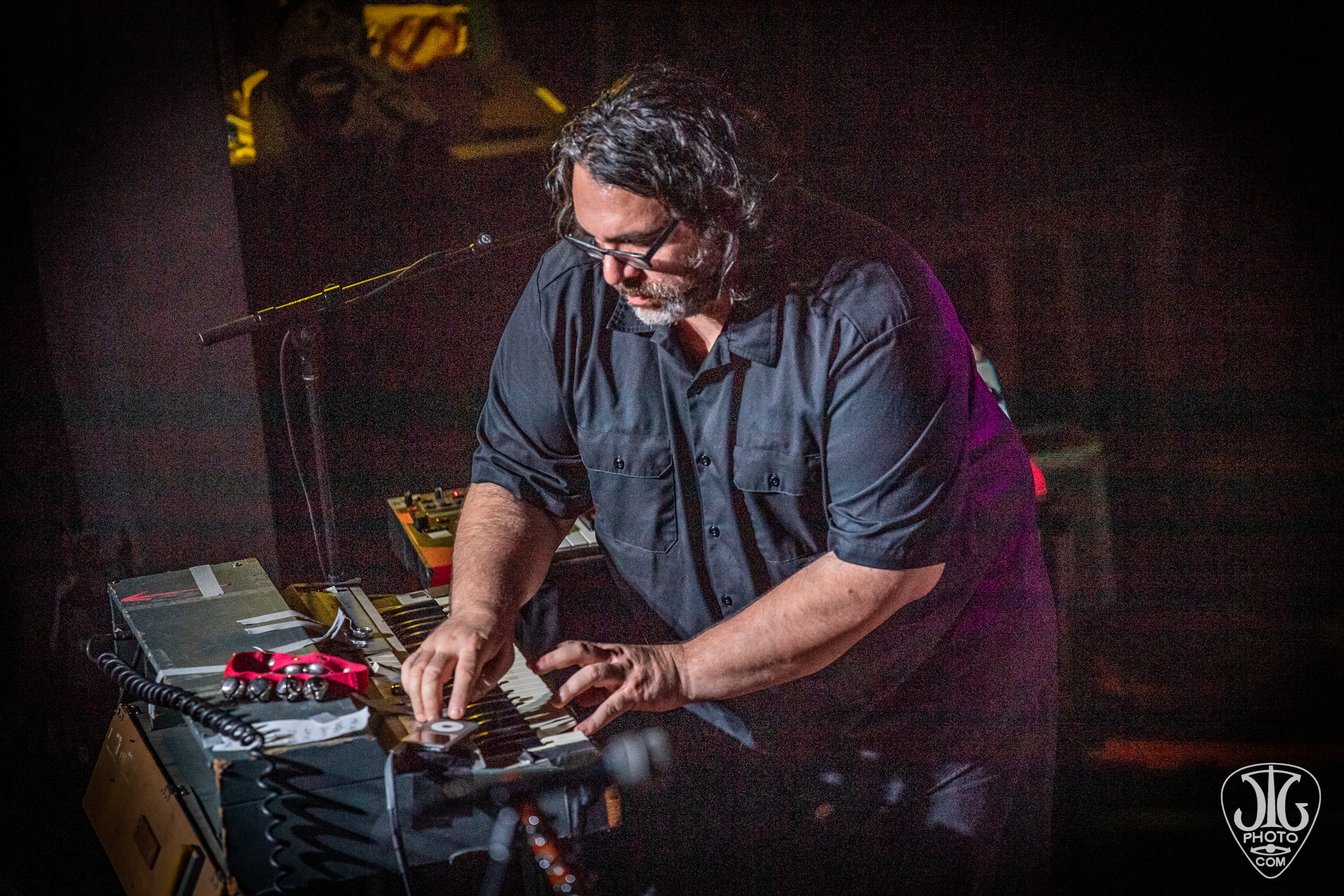 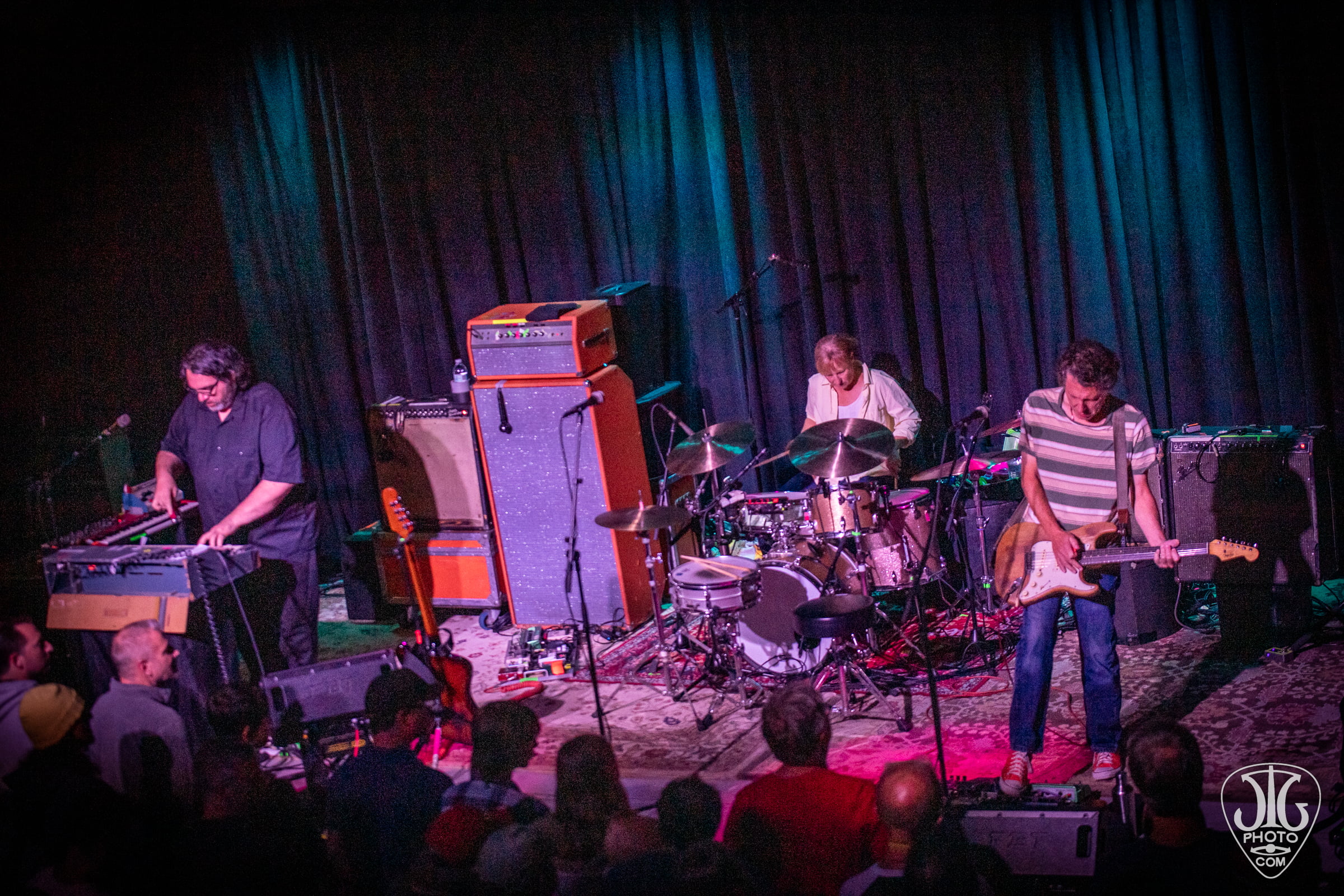 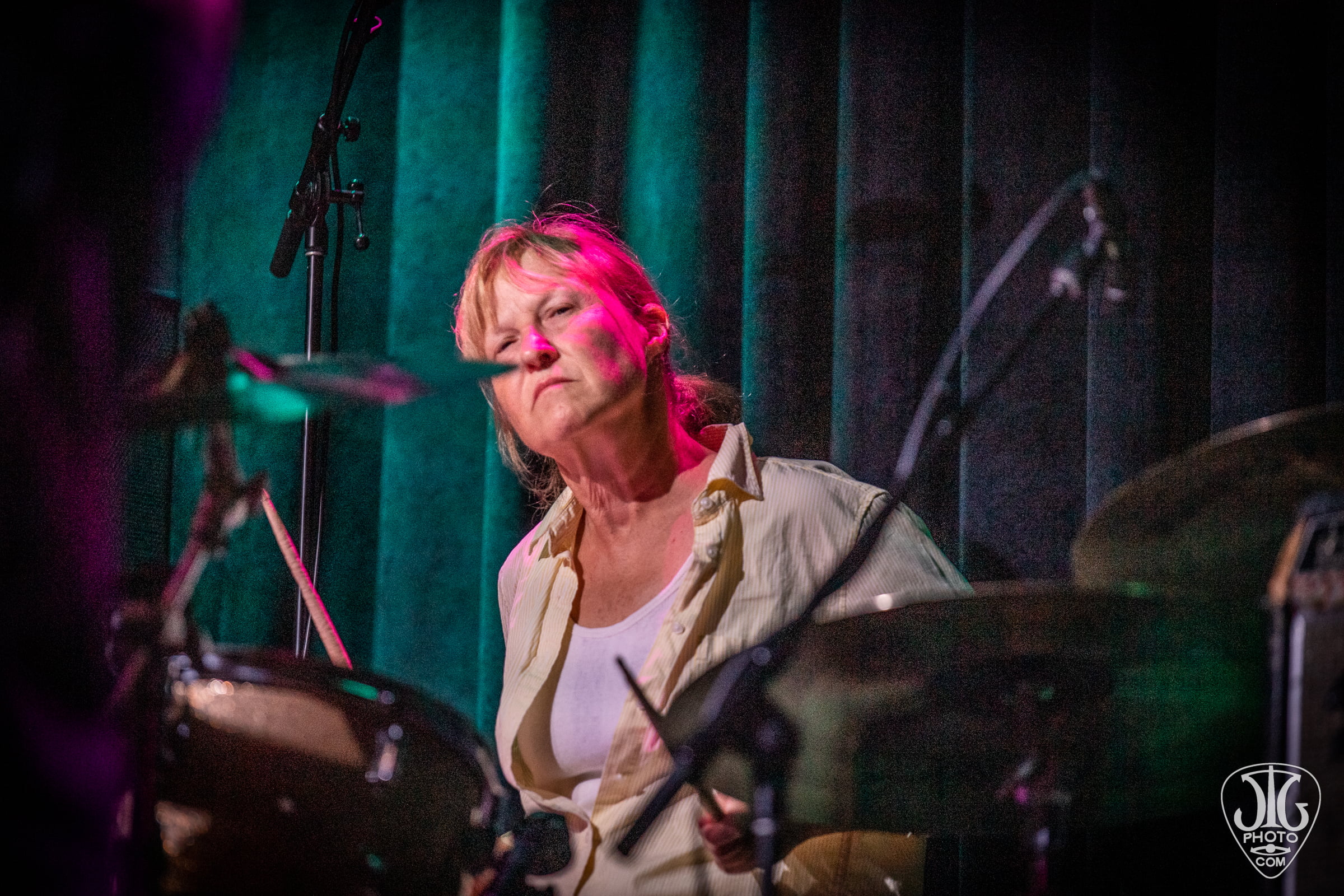 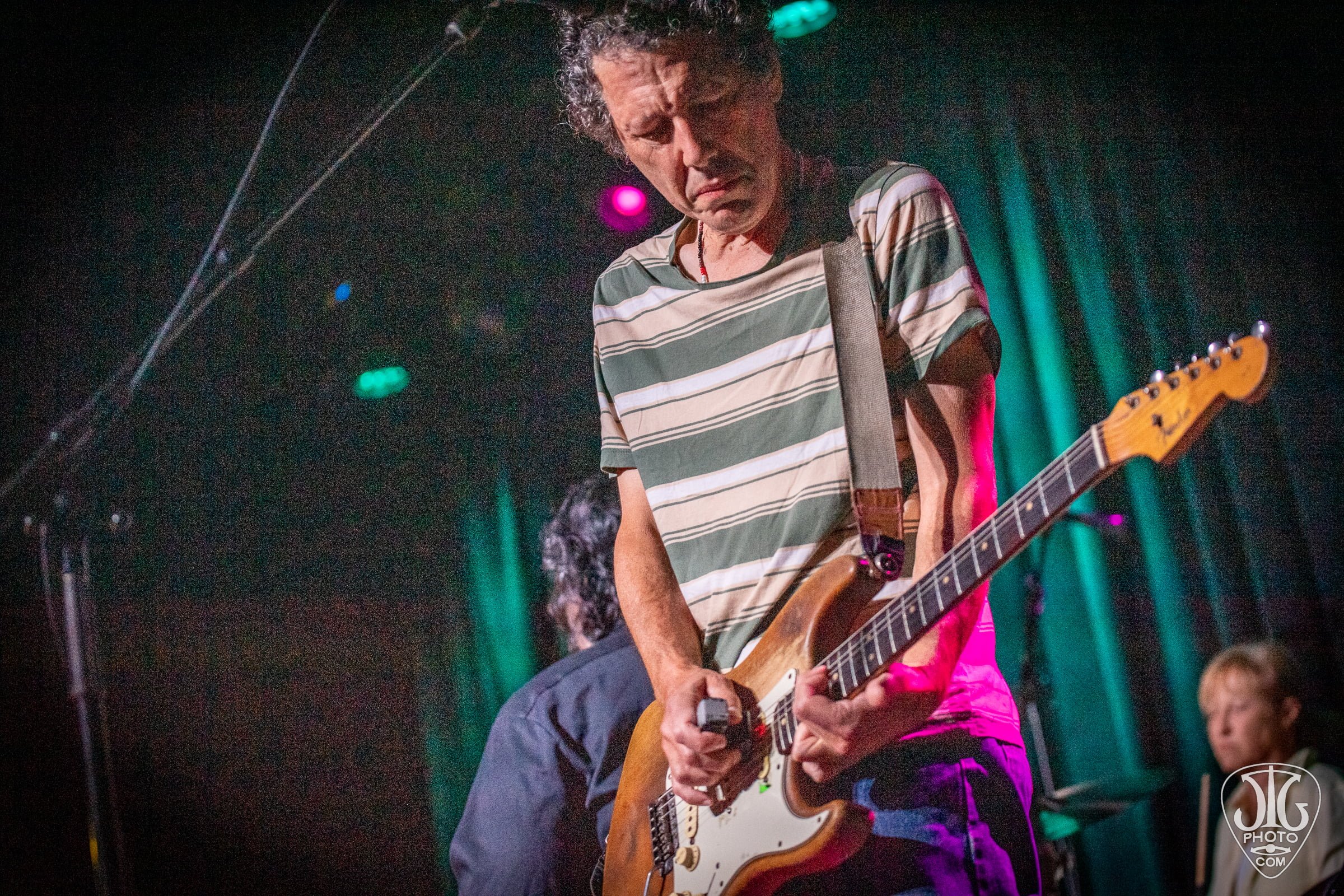 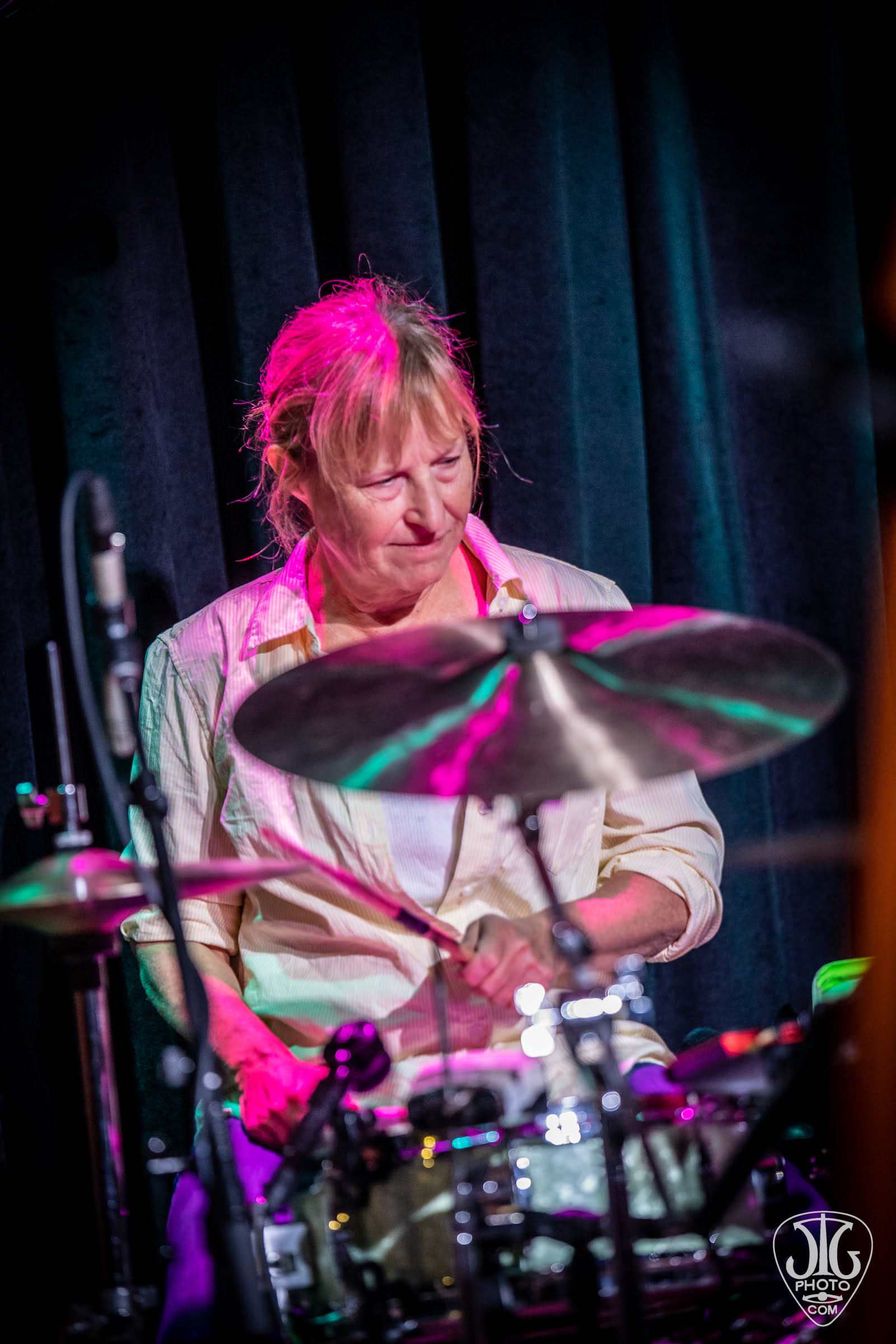